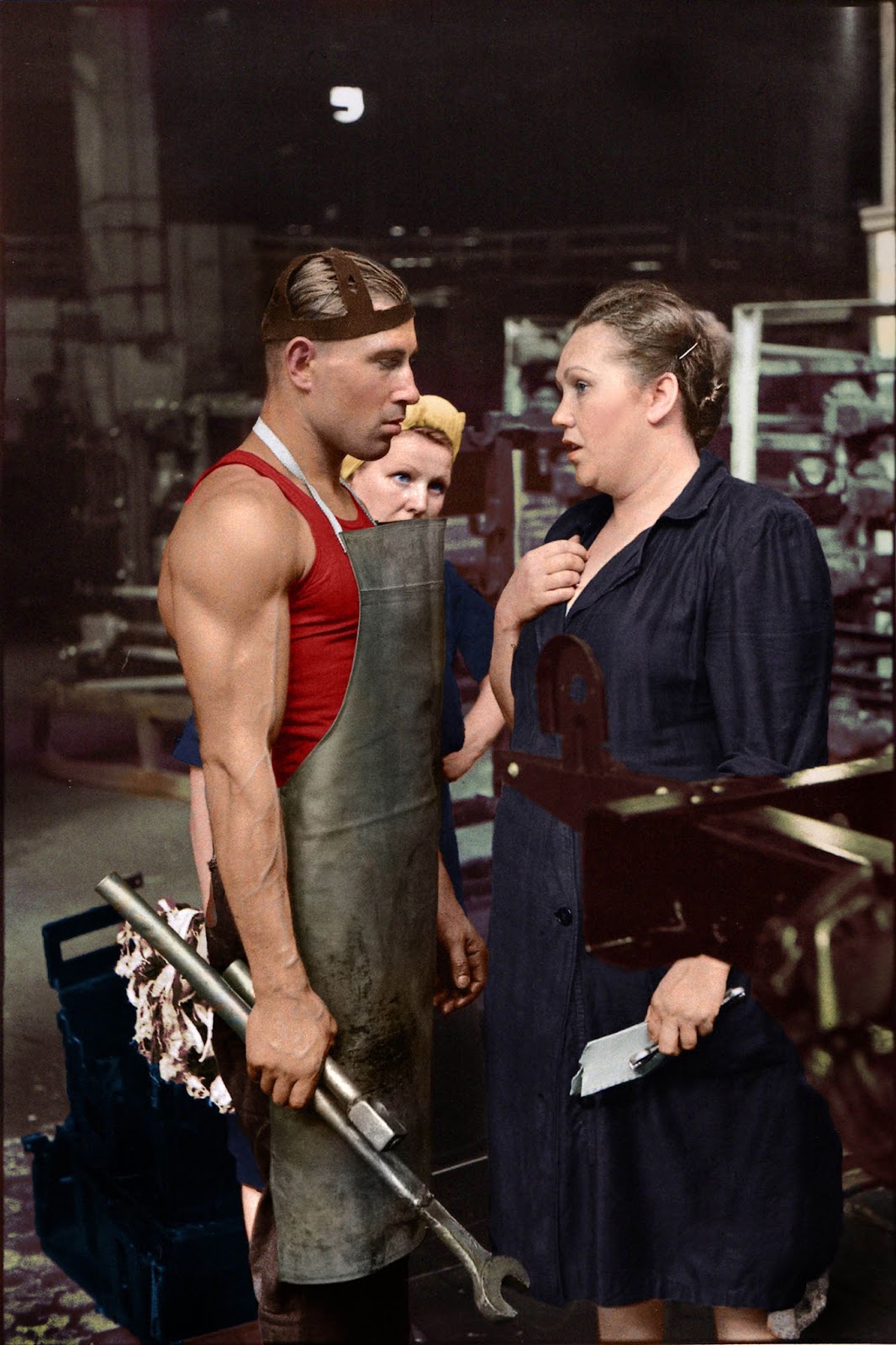 A worker and female supervisor, Moscow, 1954. (Colorized by: Klimbim).

The distance between the two of them is too close. The worker has his hands not hanging loose but slightly raised as though preparing to make a move. Meanwhile, the supervisor has that one hand at the collar of her dress like she’s trying to slightly spread it more and draw attention to her chest.

The scene just screams sexual tension. Or, since it’s a factory, it’s just really loud and they have to be close to hear what the hell the other person is saying. And everything else is a happy coincidence.

Soviet efforts to expand social, political, and economic opportunities for women constitute the earliest and perhaps most far-reaching attempt ever undertaken to transform the status and role of women. The early Soviet regime ensued a policy of pushing more women into urban industrial employment these policies were ideological driven and political or economic reasons.

During Joseph Stalin’s rule the number of women working increased from 24 percent of the workforce in 1928 to 39 percent in 1940. In the period 1940–1950 women were 92 percent of new entrants in employment; this is mostly due to the exodus of the males who fought during World War II. The photograph was taken by photographer Henri Cartier-Bresson during his visit to the ZIS car factory in Moscow. ZIS is an acronym for “Factory named for Stalin” and it was a major Soviet automobile, truck, military vehicle, and heavy equipment manufacturer. The factory also produced luxury armored cars for most Soviet leaders.

Henri Cartier-Bresson was a French photographer considered to be the father of modern photojournalism, an early adopter of 35 mm format, and the master of candid photography. He helped develop the “street photography” style that has influenced generations of photographers that followed.

In 1954, Henri Cartier-Bresson boarded a train to Moscow, visas and governmental permission in hand, and took a book’s worth of photographs of Soviet people doing ordinary things. He was the first Western photographer to be allowed to visit the Soviet Union after the death of Josef Stalin, in 1953.