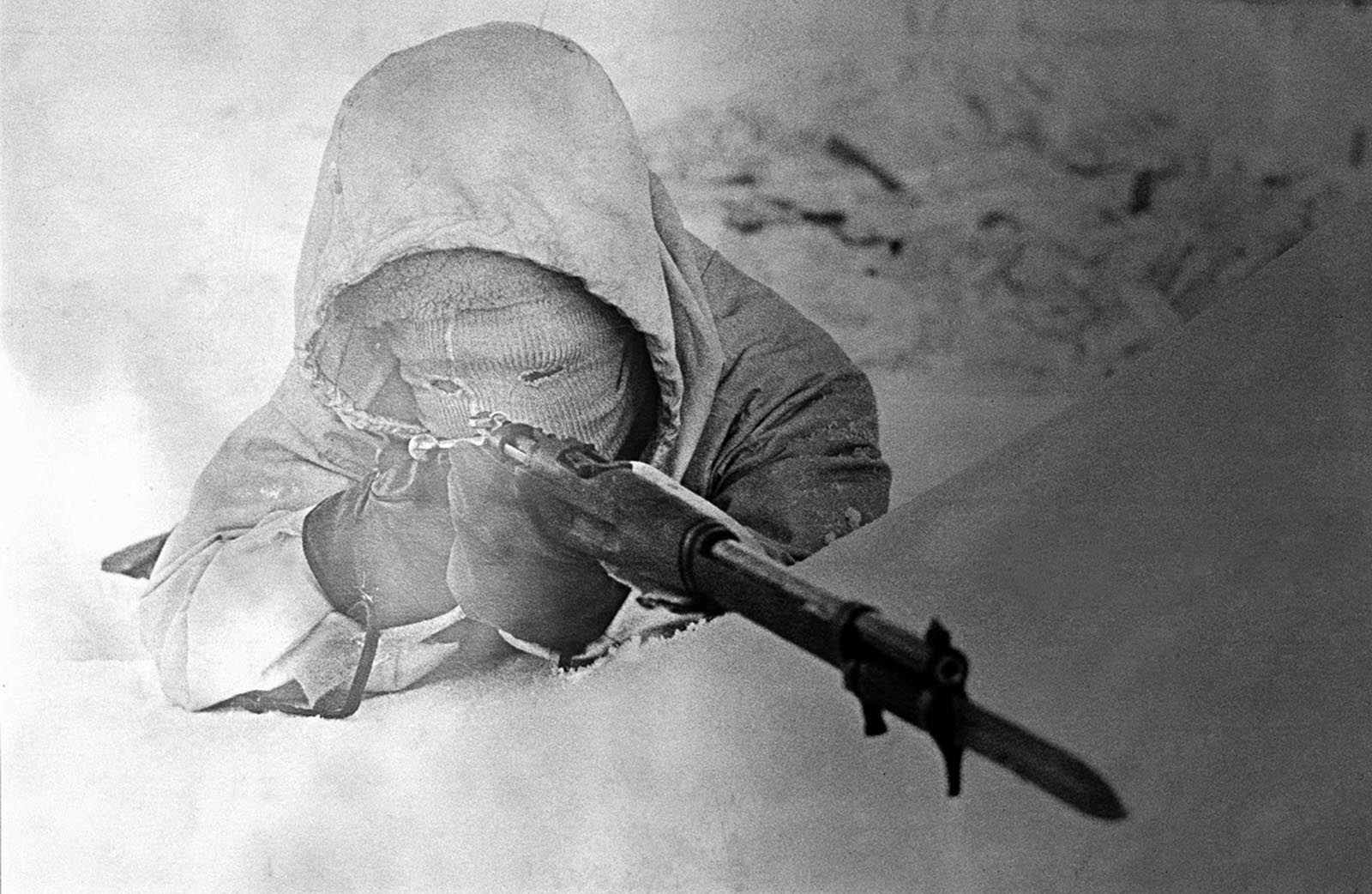 Simo Häyhä, also known as “The White Death” posing with his winter camouflage, 1940.

Simo Häyhä, also known as “The White Death,” was a Finnish sniper who is credited with killing 505 enemy troops within 100 days during the Winter War against the Soviet Union from 1939 to 1940.

Simo Häyhä’s involvement in the Winter War was very extraordinary. With his Mosin-Nagant M91 rifle, he would dress in white winter camouflage, and carry with him only a day’s worth of supplies and ammunition. While hiding out in the snow, he would then take out any Russian who entered his killing zone.

As well as these tactics, he frequently packed dense mounds of snow in front of his position to conceal himself, provide padding for his rifle and reduce the characteristic puff of snow stirred up by the muzzle blast. He was also known to keep the snow in his mouth whilst sniping, to prevent steamy breaths from giving away his position in the cold air. 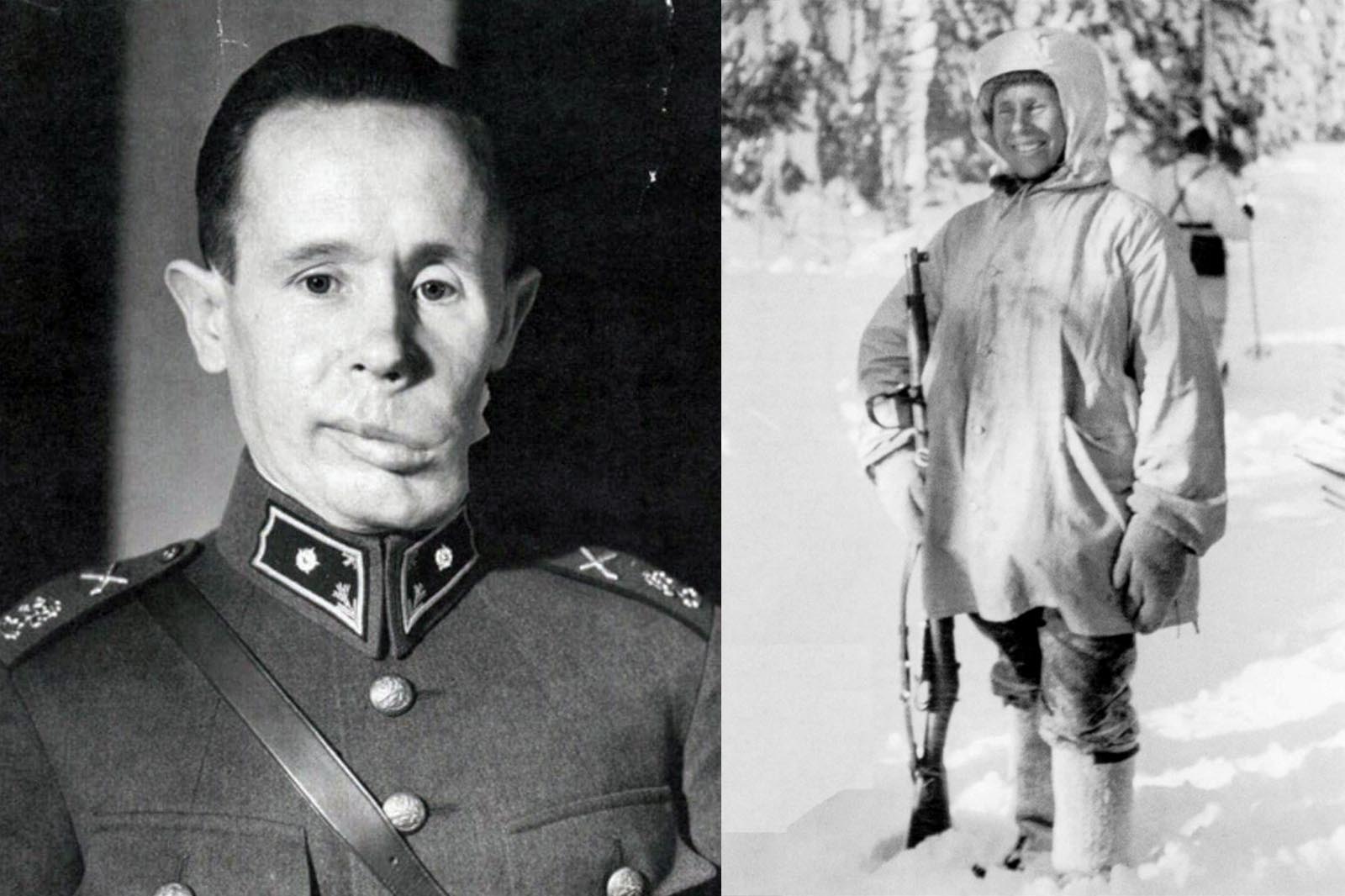 (Left) Häyhä in the 1940s, with visible damage to his left cheek after his 1940 wound, (Right) Häyhä after being awarded the honorary rifle model 28.

The Soviets’ efforts to kill Häyhä included counter-snipers and artillery strikes, and on March 6, 1940, Häyhä was hit by an explosive round in his lower left jaw by a counter Soviet sniper, blowing off his lower left cheek.

He was picked up by fellow soldiers who said “half his face was missing”, but he did not die, regaining consciousness on March 13, the day peace was declared. It took several years for Häyhä to recuperate from his wound. The bullet had crushed his jaw and blown off his left cheek.

Nonetheless, he made a full recovery and became a successful moose hunter and dog breeder after World War II. When asked in 1998 how he had become such a good shooter, Häyhä answered: “Practice”. When asked if he regretted killing so many people, he said, “I only did my duty, and what I was told to do, as well as I could”.