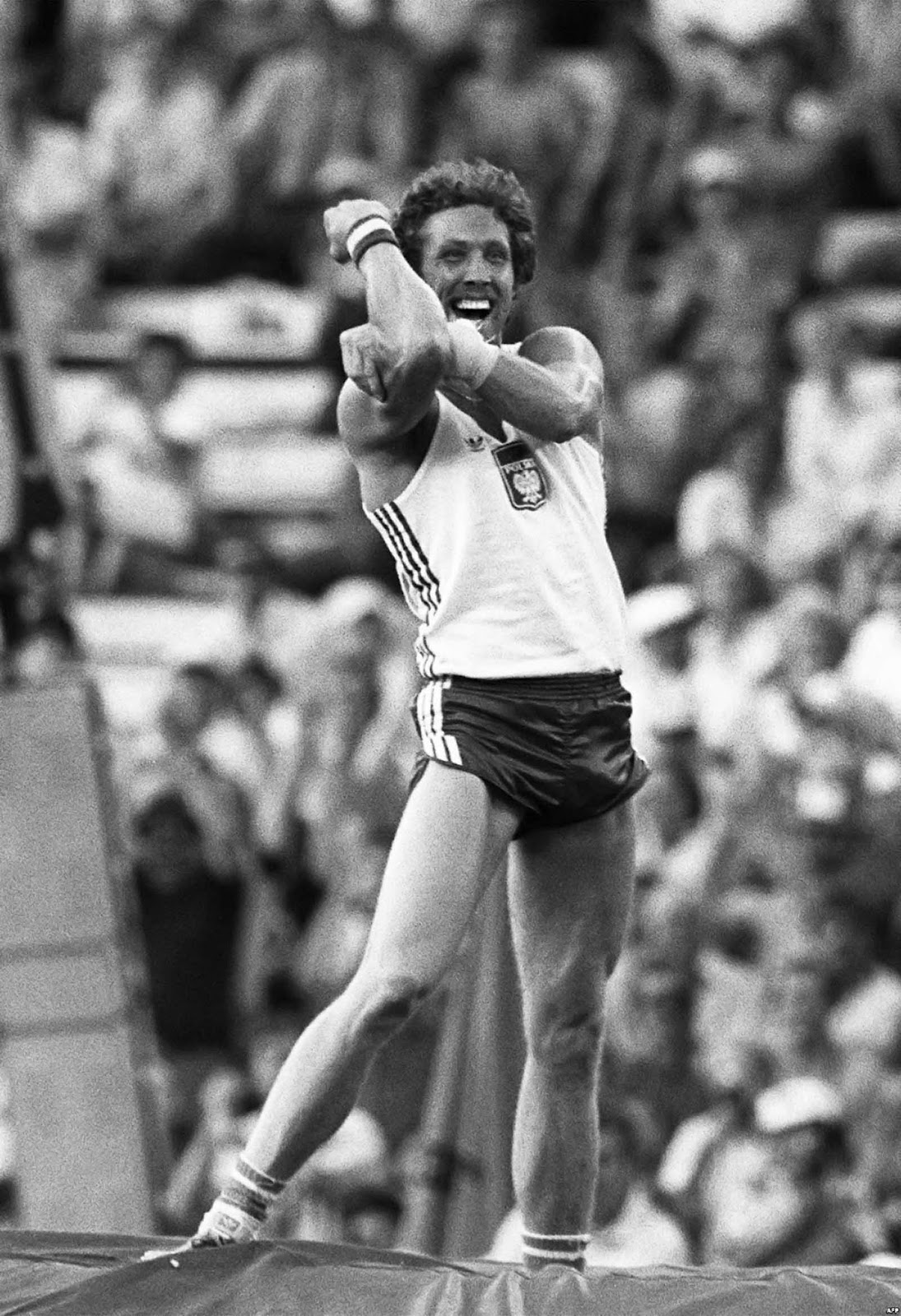 By the late 1970s, it was clear that Russians were no longer particularly liked in Poland. The reverse was also probably true. Władysław Kozakiewicz felt this in person as he ran up to take his jump at the 1980 Summer Olympics.

The 1980 Summer Olympic Games were already mired by controversy even before they opened. The United States led the boycott of 64 other countries in protest of the 1979 Soviet invasion of Afghanistan.

The crowd supporting Soviet jumper Konstantin Volkov booed, hissed, jeered, and whistled during Kozakiewicz’s performance. After he had cleared the bar with a new world record of 5.78 meters, Kozakiewicz leapt to his feet in joy, turned to the spectators, placed his left hand on his right arm, and made a fist as he raised his arm in defiance to the Soviet crowd.

The photos of this incident circled the globe, with the exception of the Soviet Union and its satellites, although the event was broadcast live on TV in many countries of the Bloc. Back in Poland in 1980, Kozakiewicz’s act received much support in Polish society, which resented Soviet control over Eastern Europe.

After the Olympics, the Soviet ambassador to Poland demanded that Kozakiewicz be stripped of his medal over his “insult to the Soviet people”. The official response of the Polish government was that the gesture had been an involuntary muscle spasm caused by his exertion.

Back in Poland in 1980, Kozakiewicz’s act received much support in Polish society, which resented Soviet control over Eastern Europe (Poland was in the midst of labor strikes that led to the creation of the labor union Solidarity less than two months later).

In Polish culture, the so-called “Kozakiewicz Gesture” / “Gest Kozakiewicza” still works a symbol of resistance. After the scandal in Moscow Władysław Kozakiewicz was no longer a welcome figure for sporting officials loyal to the Communist Party.

As a result, he was continually the victim of arbitrary chicanery. When he was banned from taking part in sporting events abroad in 1985 he traveled of his own accord to a tournament in Germany, never to return. He was given German citizenship and even appeared in a few tournaments for the German athletics team. From 1986 to 1988 he was German pole vault champion.

The gesture Kozakiewicz did is called bras d’honneur (French), Iberian slap (Spanish: “corte de manga”), or Italian salute. To make the gesture, an arm is bent in an L-shape, with the fist pointing upwards; the other hand then grips the biceps of the bent arm as it is emphatically raised to a vertical position. It has the same meaning as giving the finger, though it frequently connotes the expression “Up yours!”. Occasionally, the middle finger of the bent arm is also raised for added emphasis.