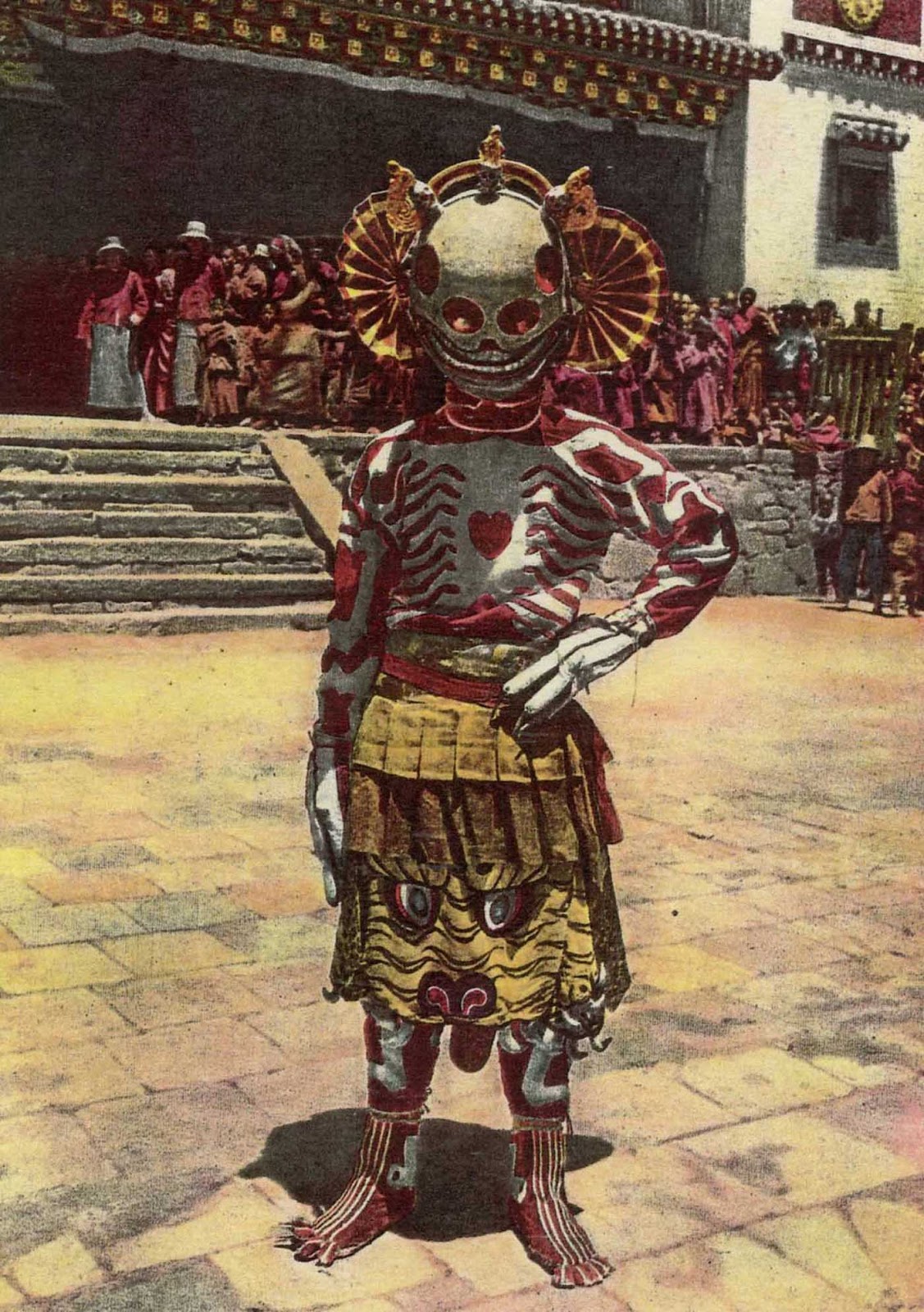 The photo originally appeared in the November 1928 issue of National Geographic. The original caption was: “With huge cadaver masks, imitation tiger-skin skirts, and enormous claws, this performer and his seven similarly garbed companions strike terror to the hearts of spectators in the Old Dance. They are assistants of Showa the Deer, the messenger of Yama”. The picture was taken in 1925 and is an autochrome which was an early color photography process.

The Skeleton Dance is a sacred Tibetan dance ritual found in Himalayan Buddhist lineages. It is intended to reflect the transient nature of things, including states of mind and the body itself.

The monk pictured in the above photo seems to be performing the dance known as Durdak Garcham, “Dance of the Lords of the Cemetery”. The dance celebrates the liberation that comes from the acceptance of our impermanence.

The skeletons depicted in the dance are Chitipati, a pair of lovers known as the Lord and Lady of the charnel ground whose dance represents the eternal dance of death, as well as the attainment of perfect consciousness.

They are worldly guardians, They are typically depicted as skeletons, each with a third eye of wisdom, holding scepters made of human heads and spines in one hand and a blood-filled kapala, sometimes with a still-warm brain inside, in the other hand. 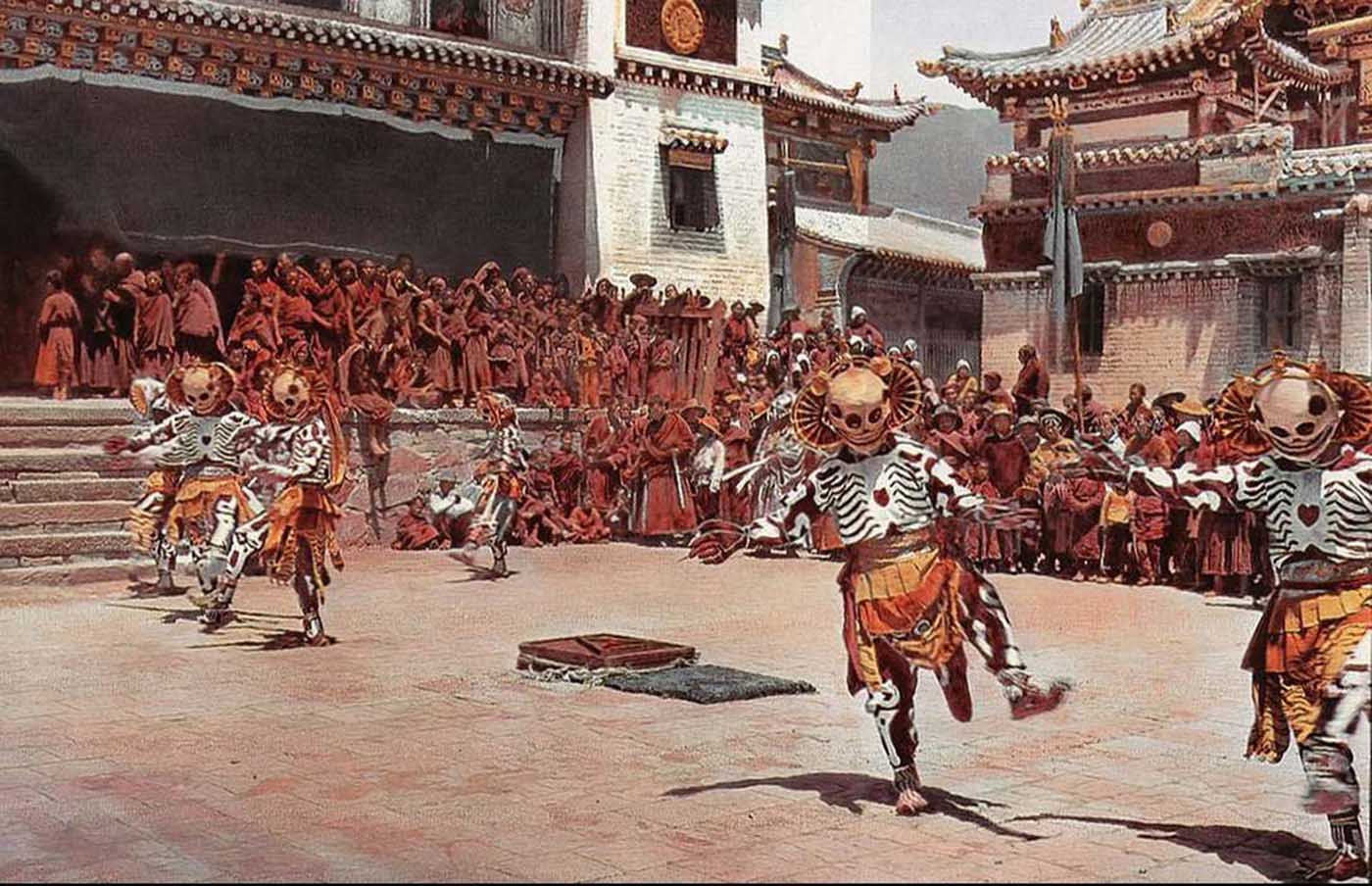 n 1925 Joseph Rock visited the Choni monastery in Gansu province, where he based himself for two years while undertaking his unsuccessful attempt to reach the mountains of Amnyi Machen. During that time he witnessed the “devil dancers” of Choni.

The Lord and Lady can usually be distinguished from other skeleton deities by the crowns with five small human skulls, as well as the fan-shaped ornaments on their ears.

They represent a “dynamic vision of death and transformation” and a “joyous freedom from attachment” rather than “morbid pessimism” as the imagery conveys in Western societies.