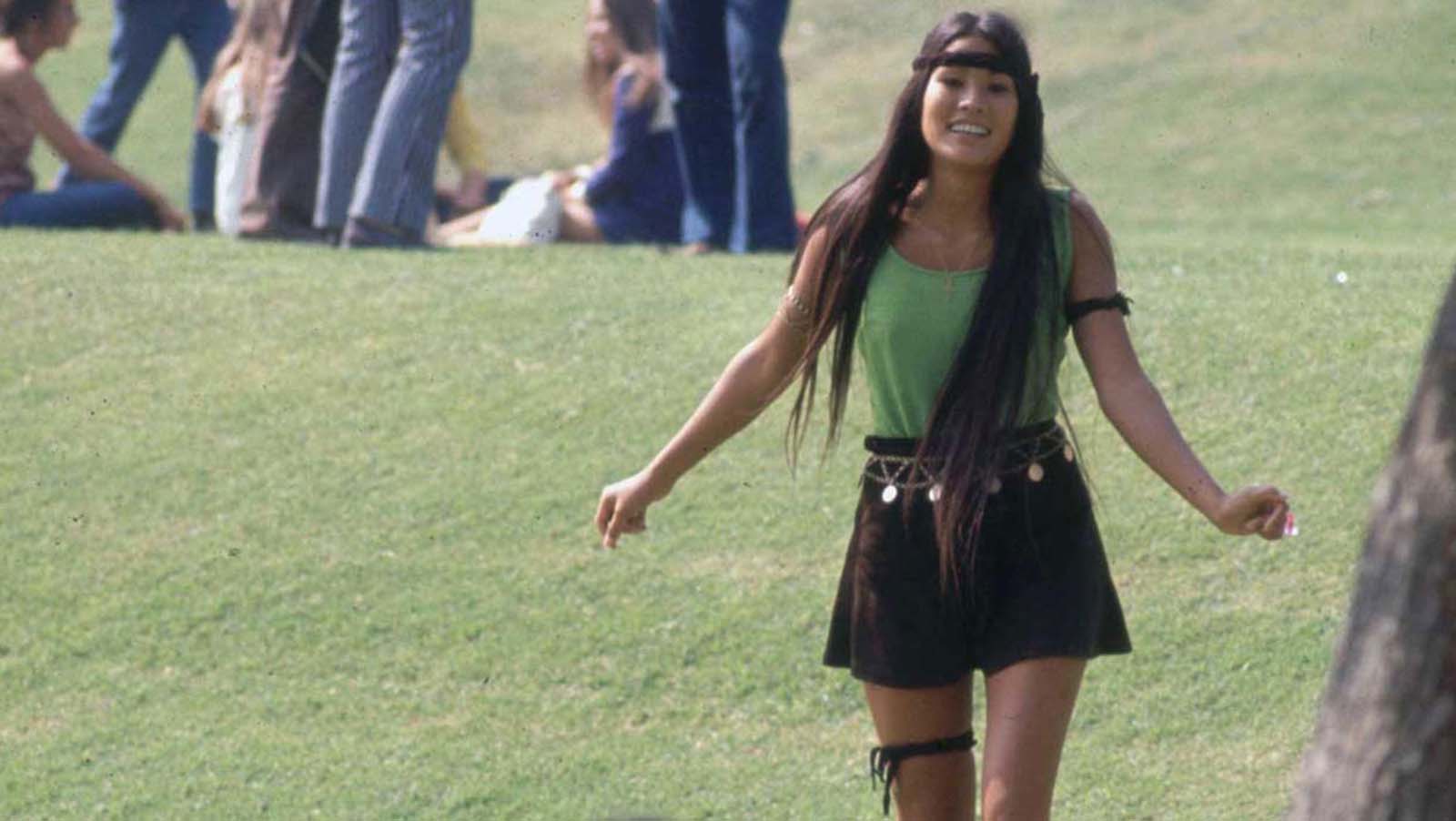 These photographs, taken for LIFE magazine in the fall of 1969, explored the “freaky new freedoms” of fashion seen on high school students across the United States. Some of the women show the strong influence of the “hippie” movement—long hair, beads, fringes, and bell-bottoms. Others wear outfits that connect to psychedelia—luminous colors and loud patterns.

Some have even fused elements of both—and more—to create their own personal expression. The shoot focused almost exclusively on women, but the few men who can be seen, by contrast, are wearing clothes almost indistinguishable from today. Their hairstyles are a different matter.

The cultural transformation was an irresistible force during the Sixties, and across America and around the globe civil rights, women’s and gay liberation, the sexual revolution, and, of course, the explosive soundtrack of R&B, soul, and rock and roll informed everything from politics to fashion.

Unceasing change, meanwhile, is the one constant in human affairs — and by the 1960s, technology had advanced to the point where events and movements in one corner of the world were instantaneously accessible on campuses and in communities everywhere.

As global telecommunication networks grew at once larger, faster, and more sophisticated, America grew, in a sense, much smaller. The vast and near-visionary national highway system had spread across the country in the post-World War II years; more households than ever owned a car (or two); and for the first time, plane travel was becoming a viable option for many American families. Over the course of the 1960s, air passenger numbers more than quadrupled from the previous decade.

This mobility opened both literal and figurative vistas to countless Americans — and even if most weren’t able to drive to Haight-Ashbury, or explore the Far East in person, they certainly saw these places on television and in the great photography being published in myriad weekly and monthly magazines and, increasingly, in newspapers.

Fewer than a million households owned a TV in the late 1940s; two decades later, that number had increased more than fortyfold. The August 1963 March on Washington for Jobs and Freedom and Dr. King’s “I Have a Dream” speech; the immediate aftermath of JFK’s assassination (and MLK’s, and RFK’s); the Vietnam War; the 1969 moon landing — all of these era-defining people and moments, and so many more, were broadcast into living rooms from Maine to California, Alaska to Florida.

By 1969, America’s youth had not only soaked in more visual and auditory stimuli in a few years than most previous generations combined, but had re-imagined virtually all of that input in the form of sartorial self-expression. In light of that new, global sensibility, Beverly Hills high schooler Rosemary Shoong’s homemade “stunning leather Indian dress” (pictured below) wasn’t just a dress. It was a time and a place, man. And it was out of sight. 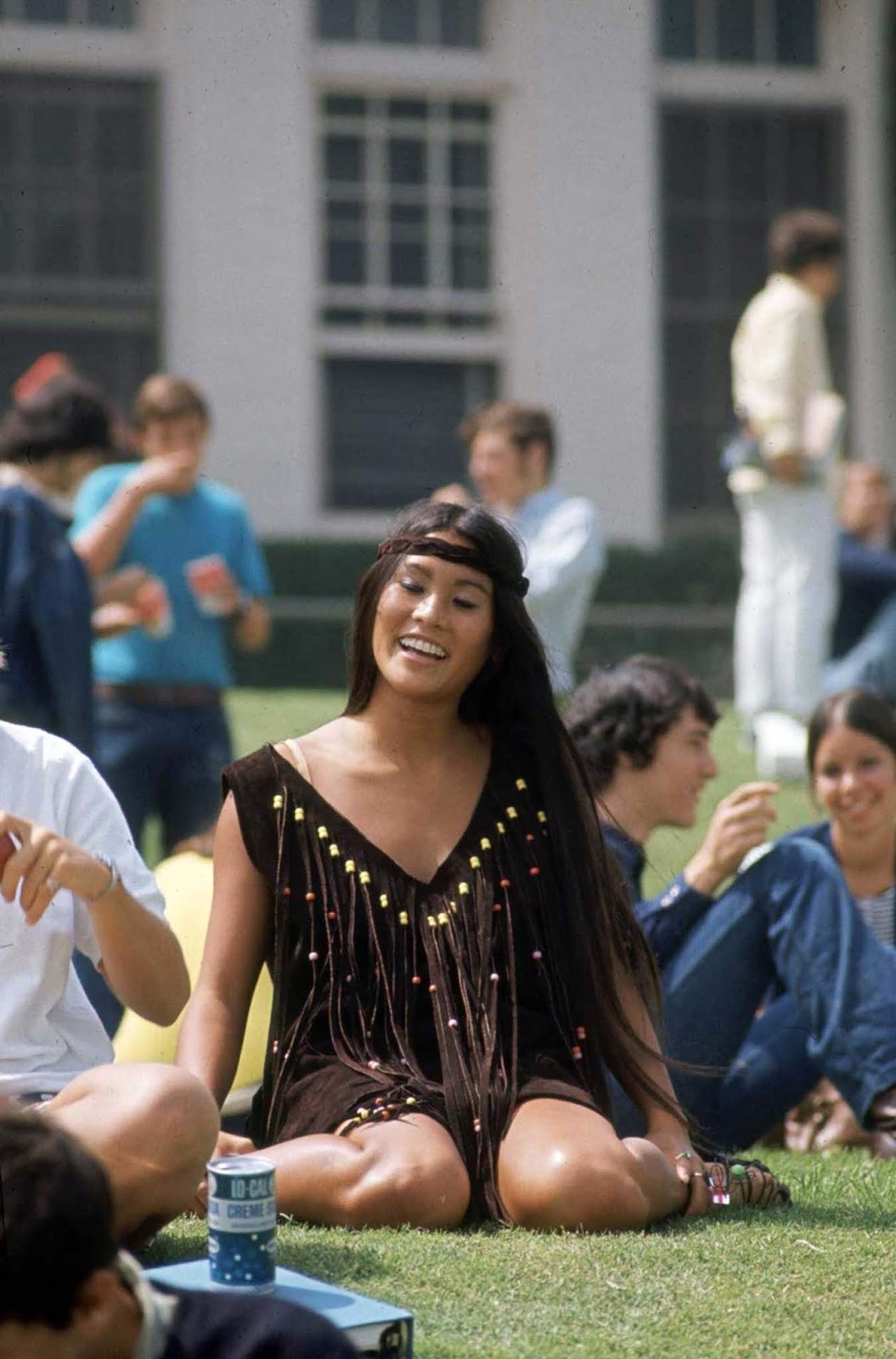 Beverly Hills High School student Rosemary Shoong, in a fringed dress she made herself. Rosemary memorized the pattern of a store dress and made this one within 24 hours. Her dress cost $14.95, the store one—$95. 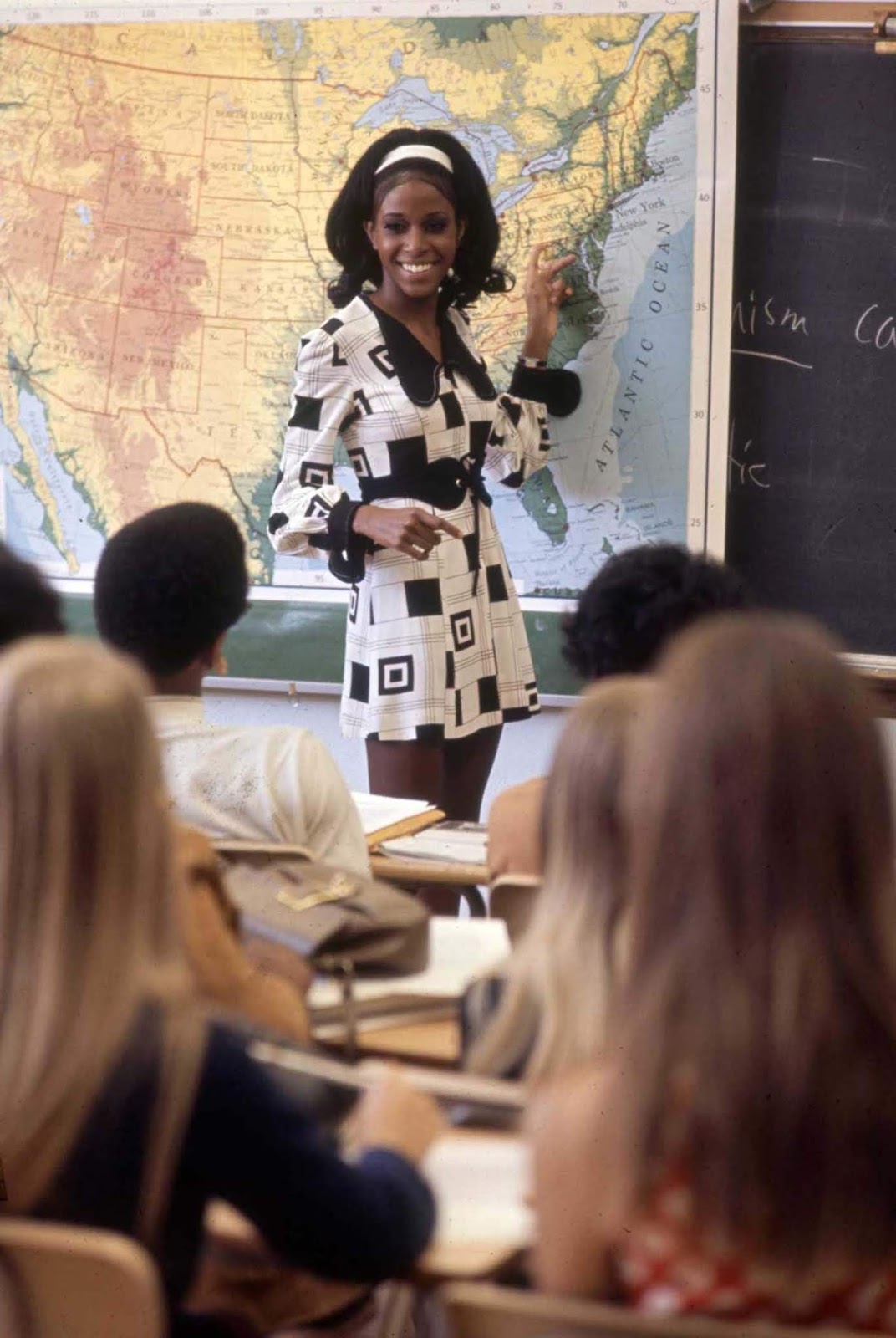 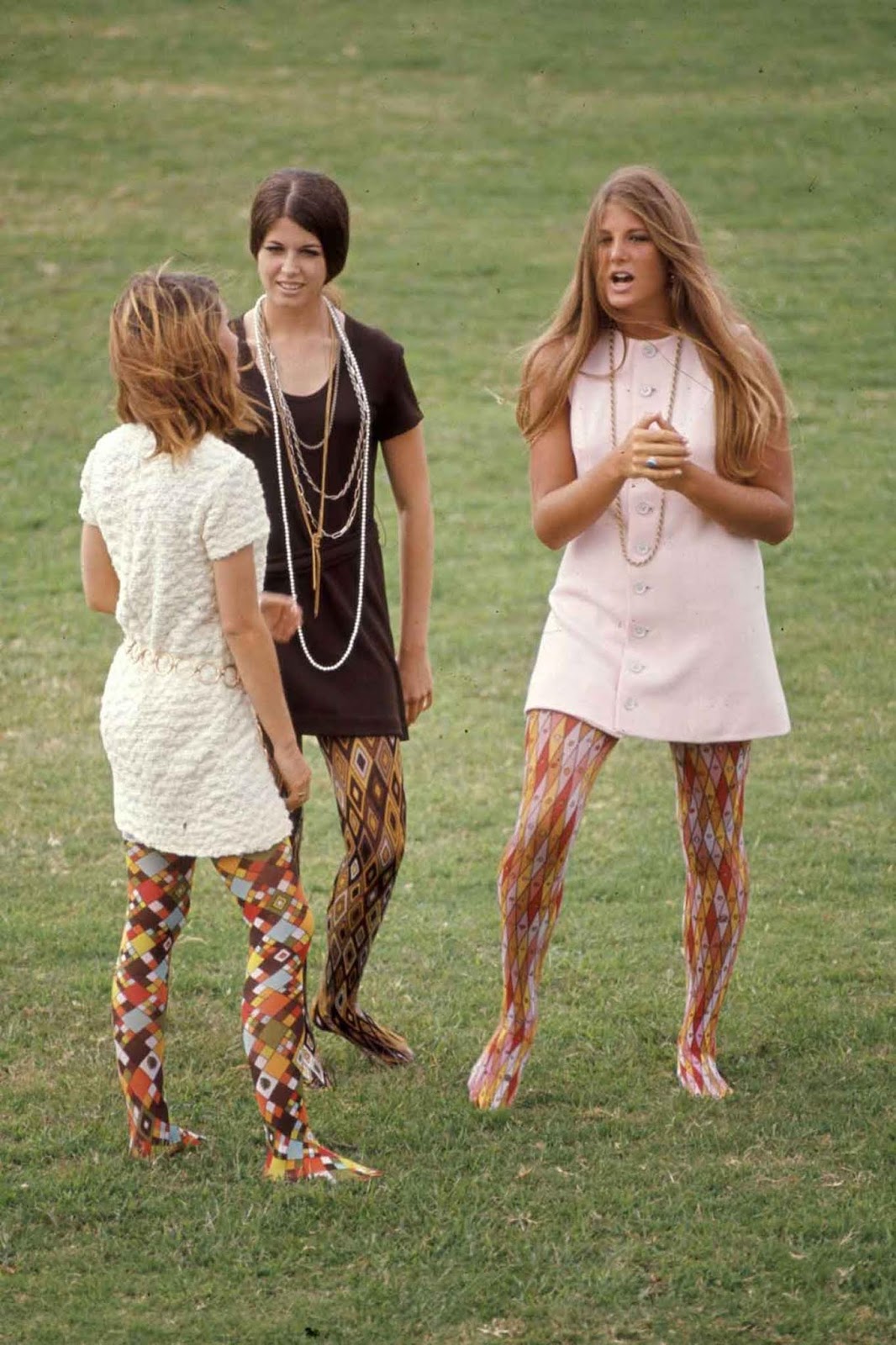 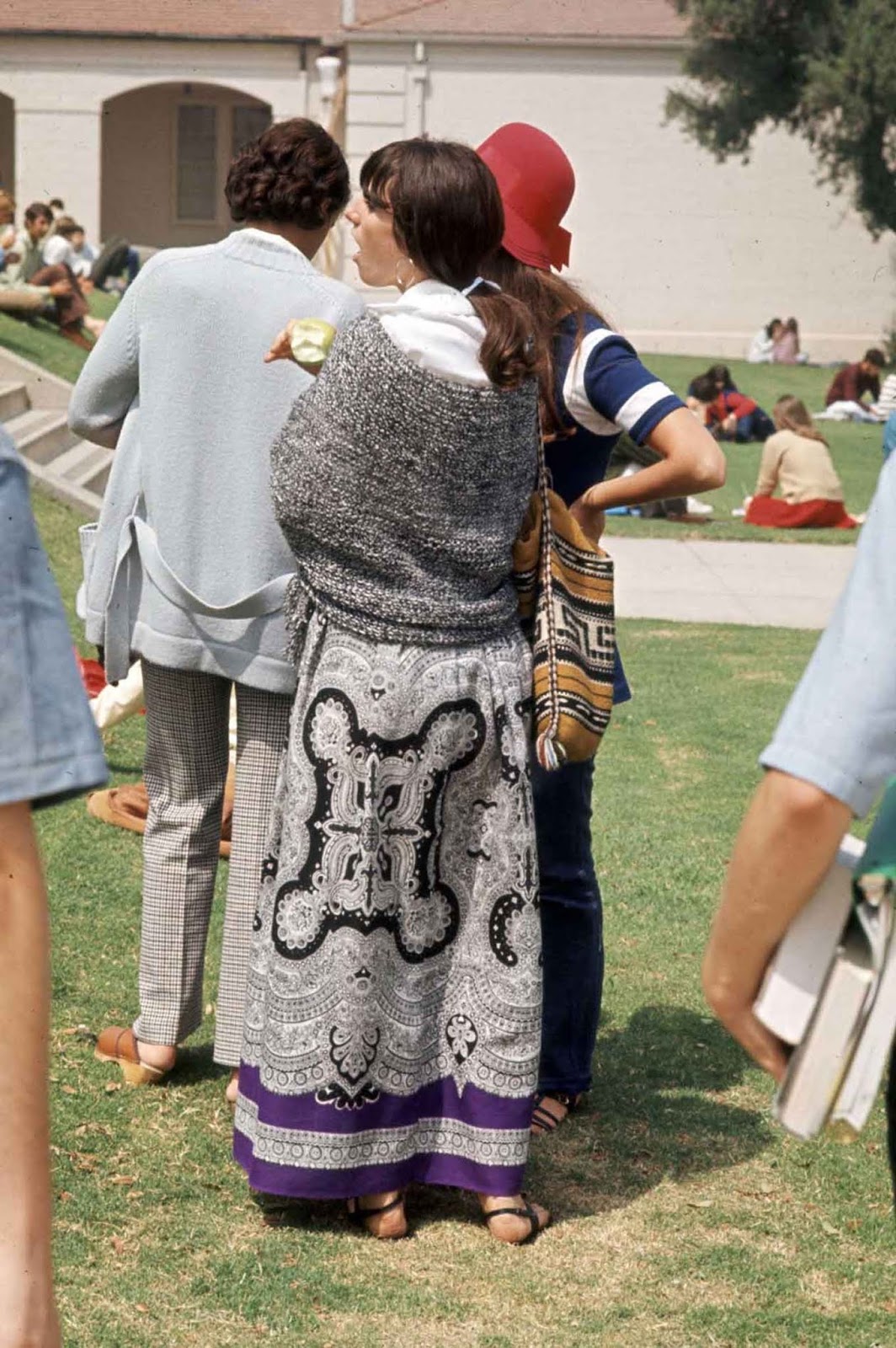 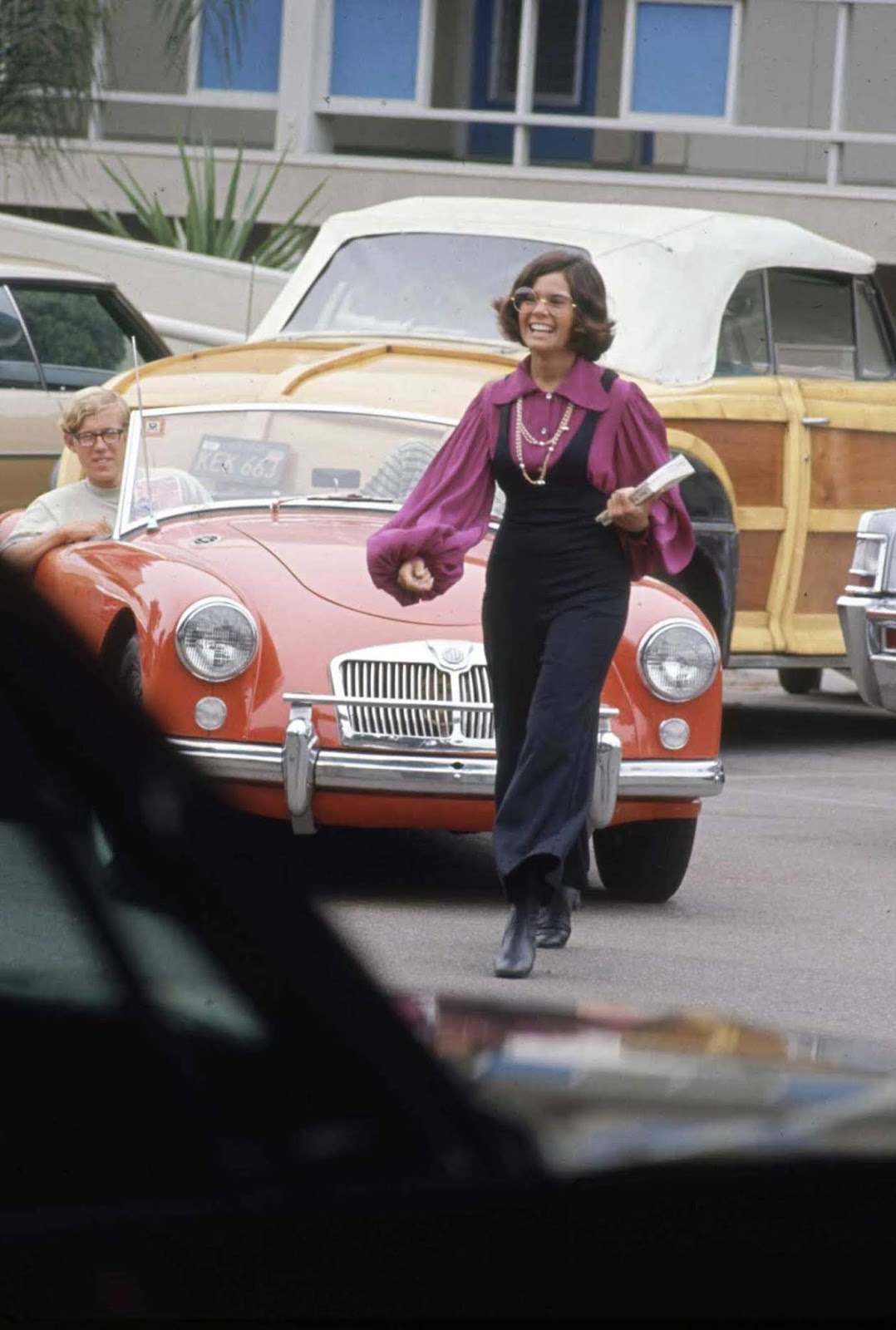 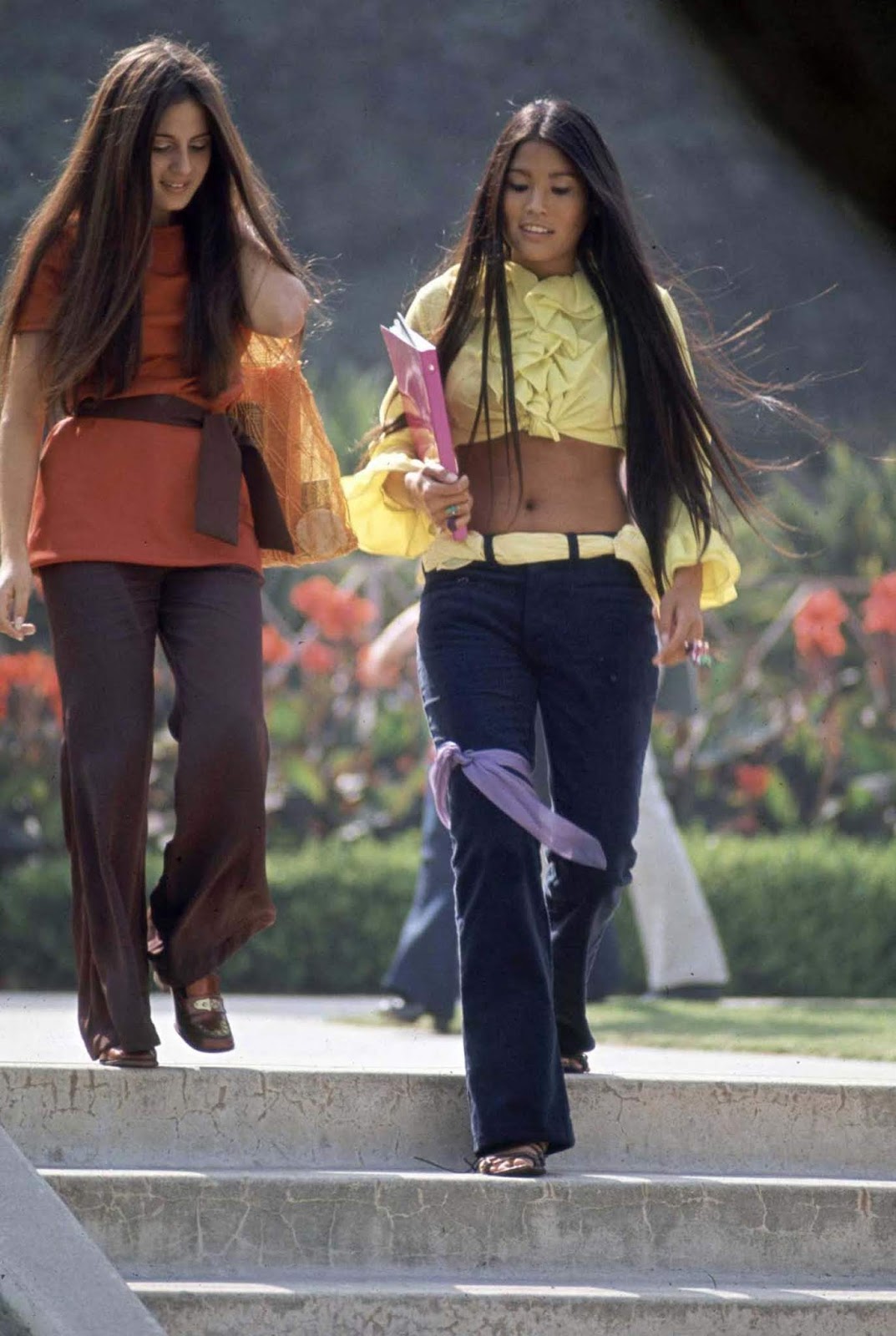 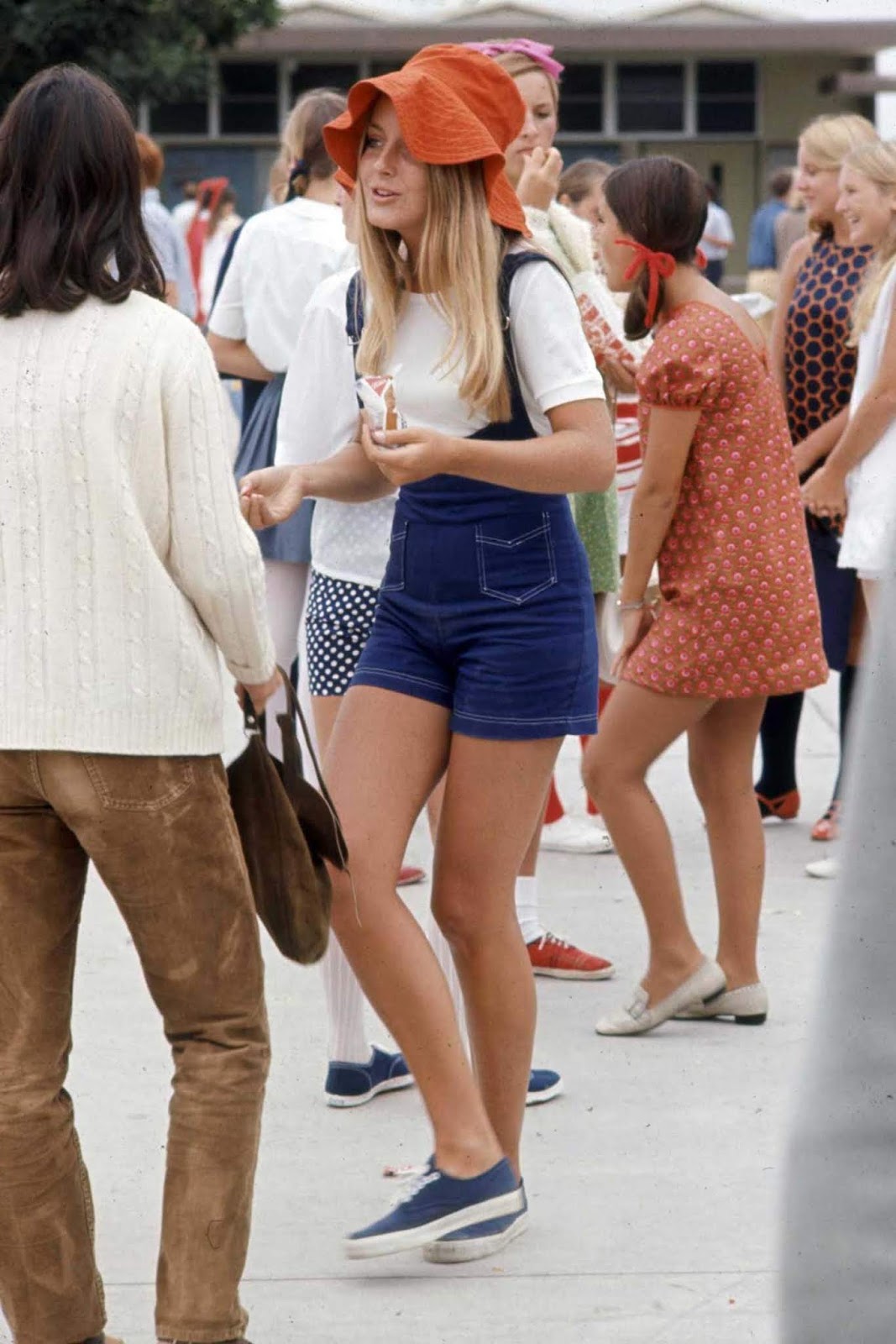 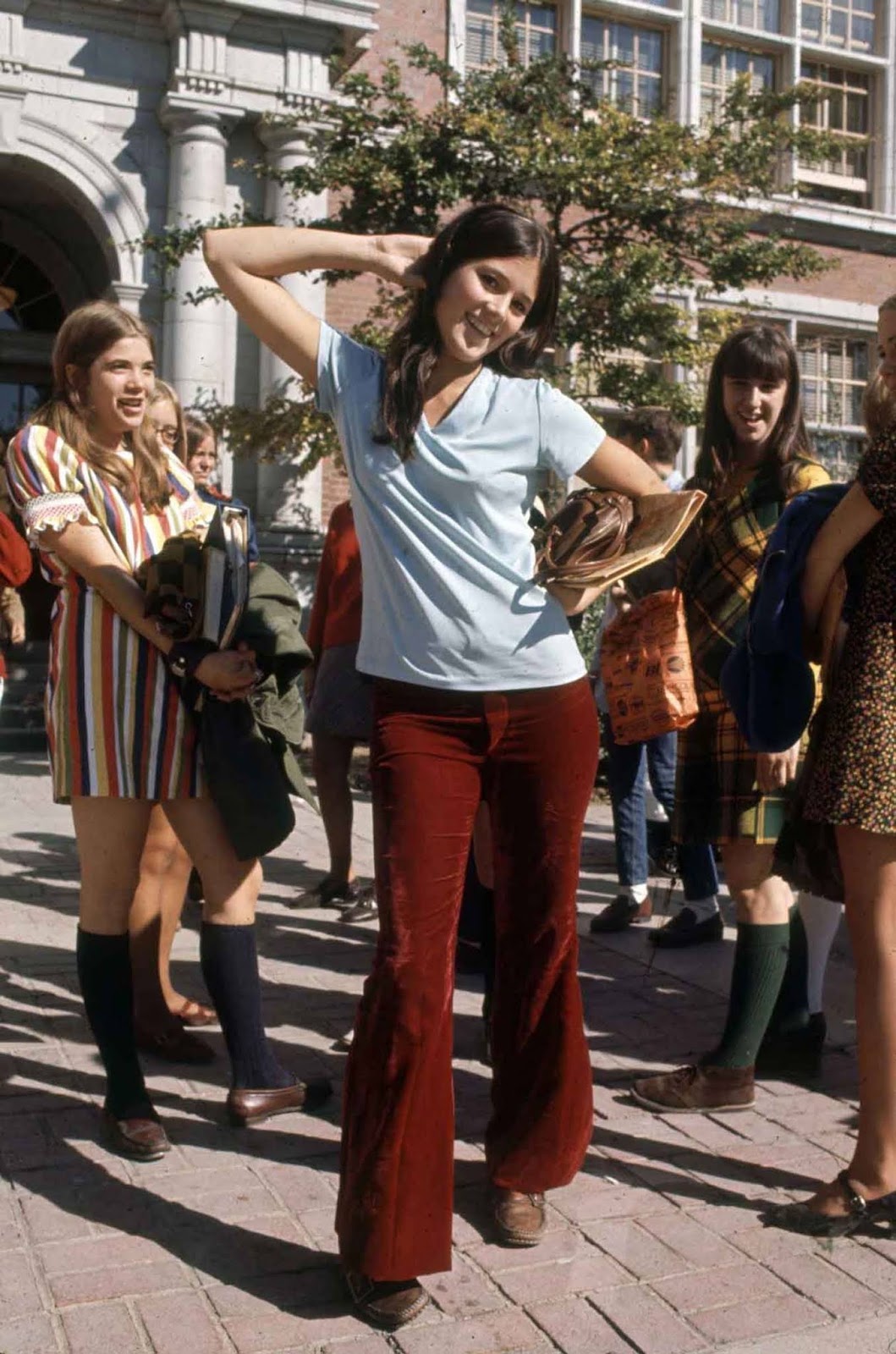 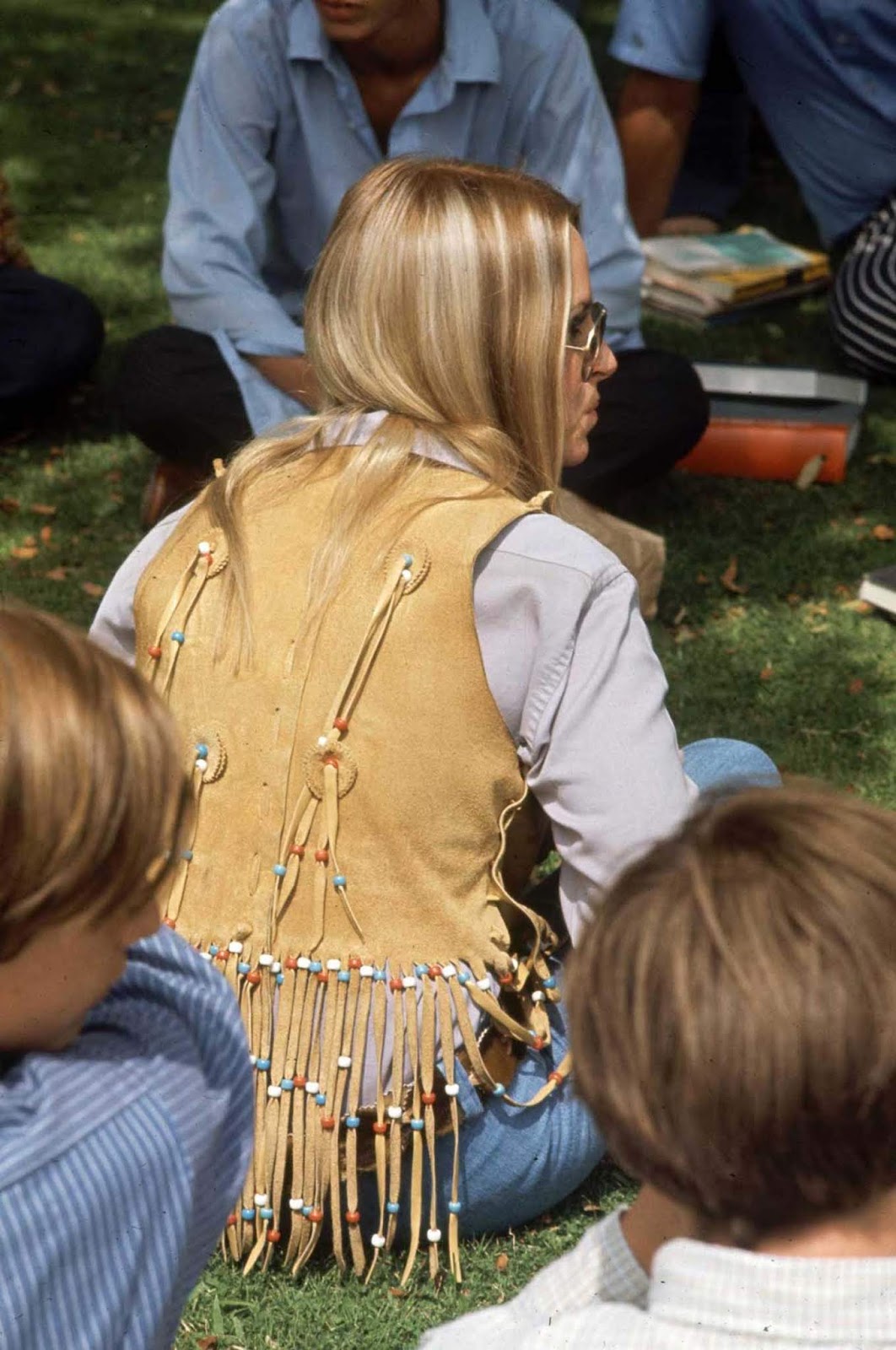 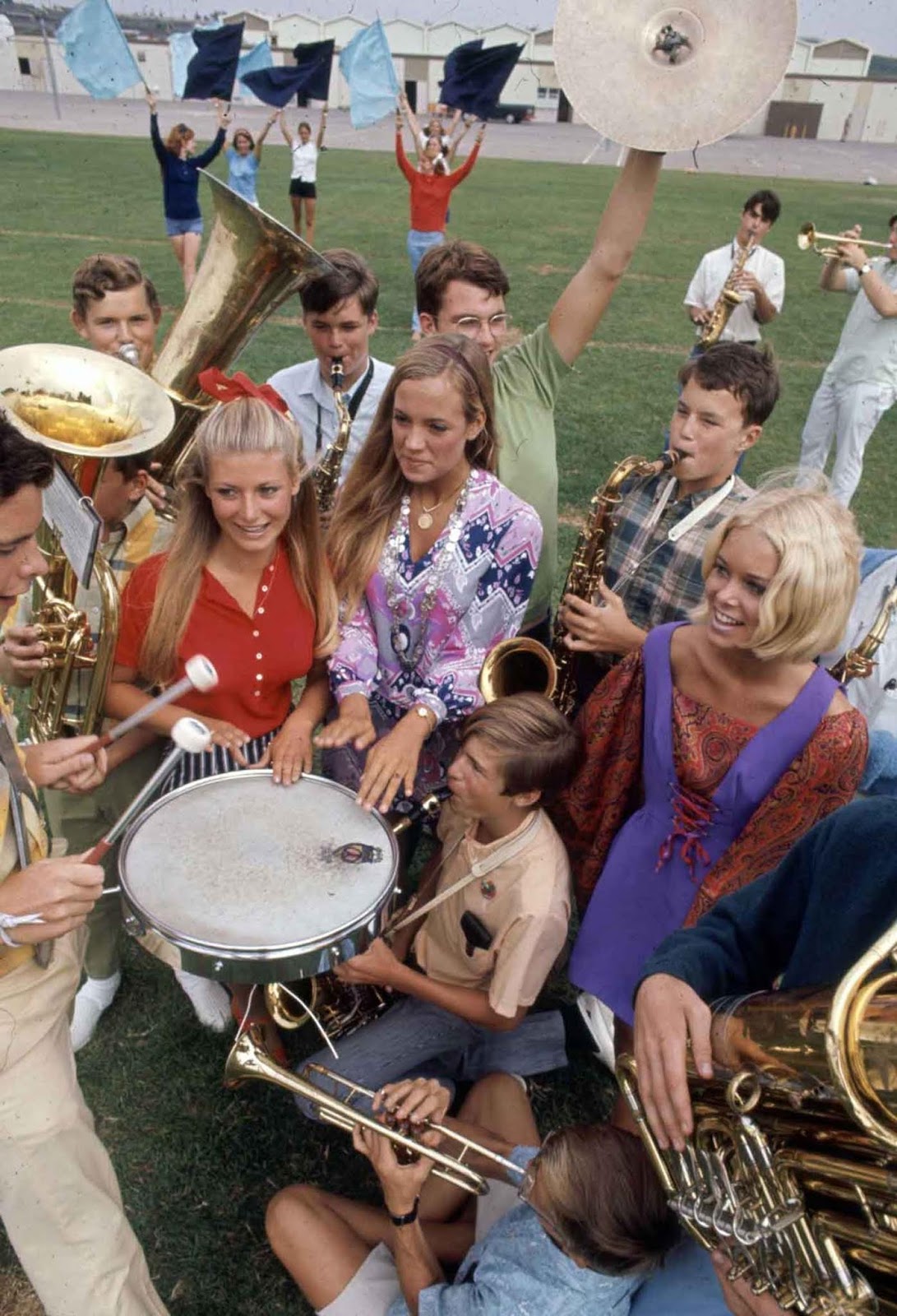 A high school student marching band and a trio of women students. 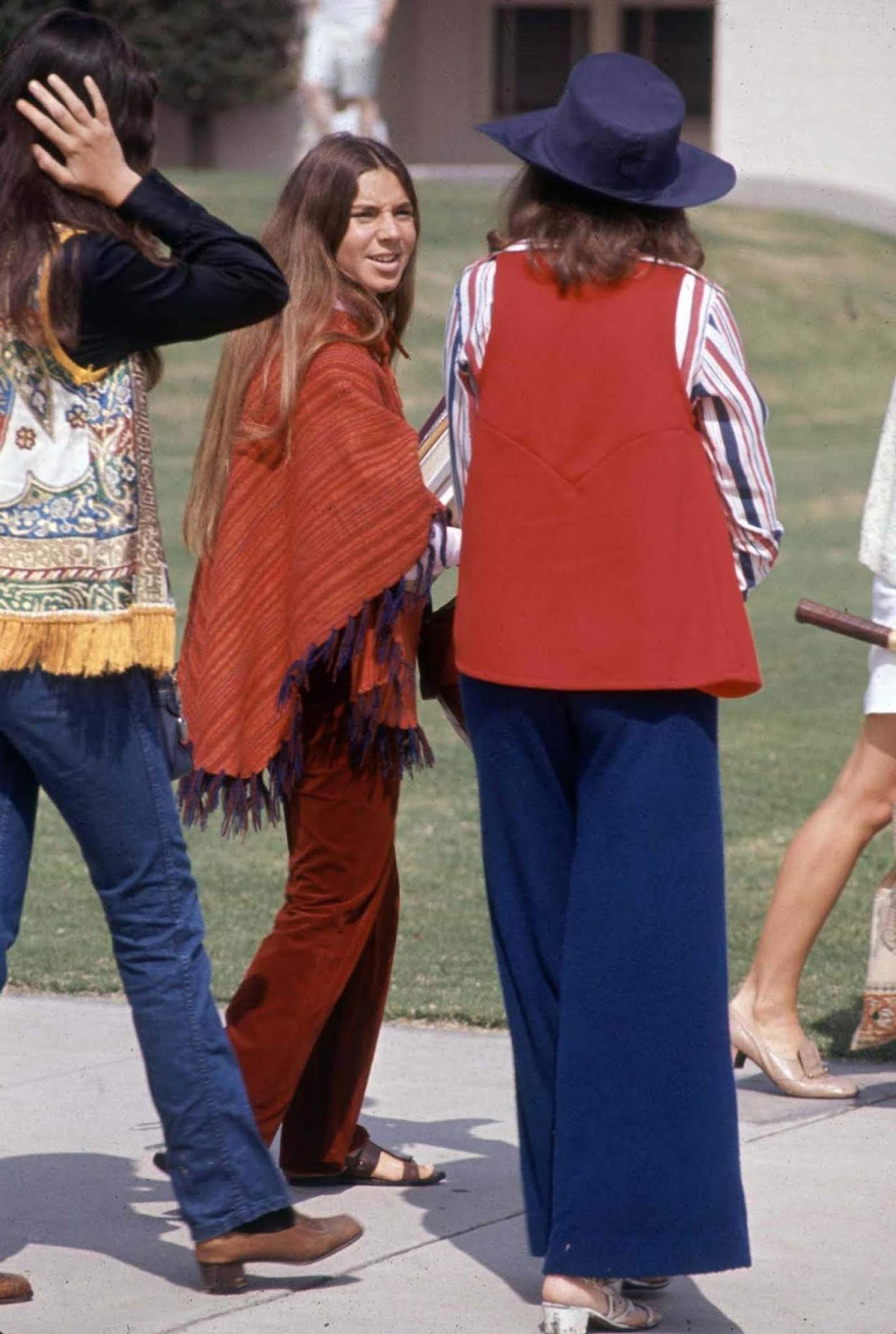 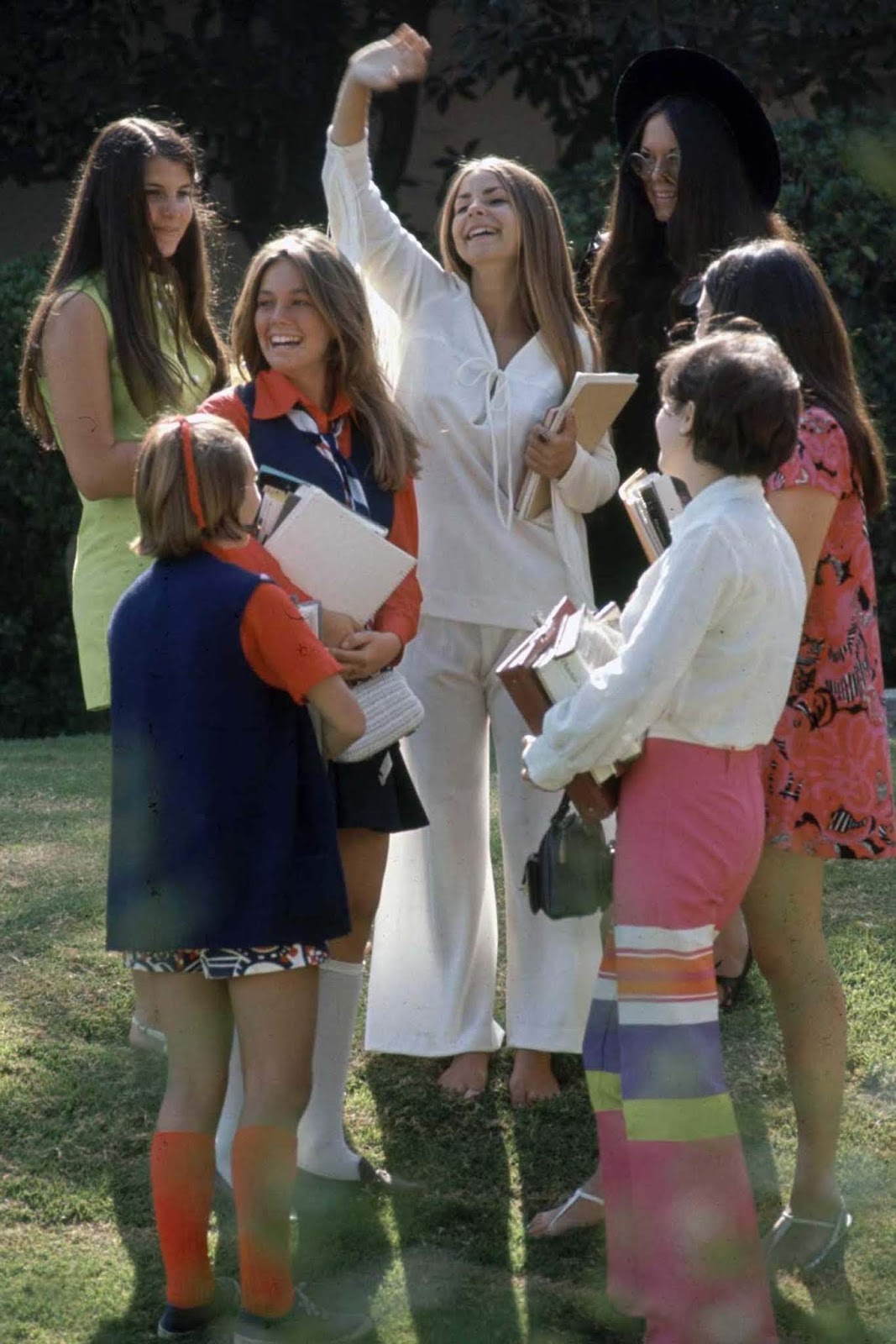 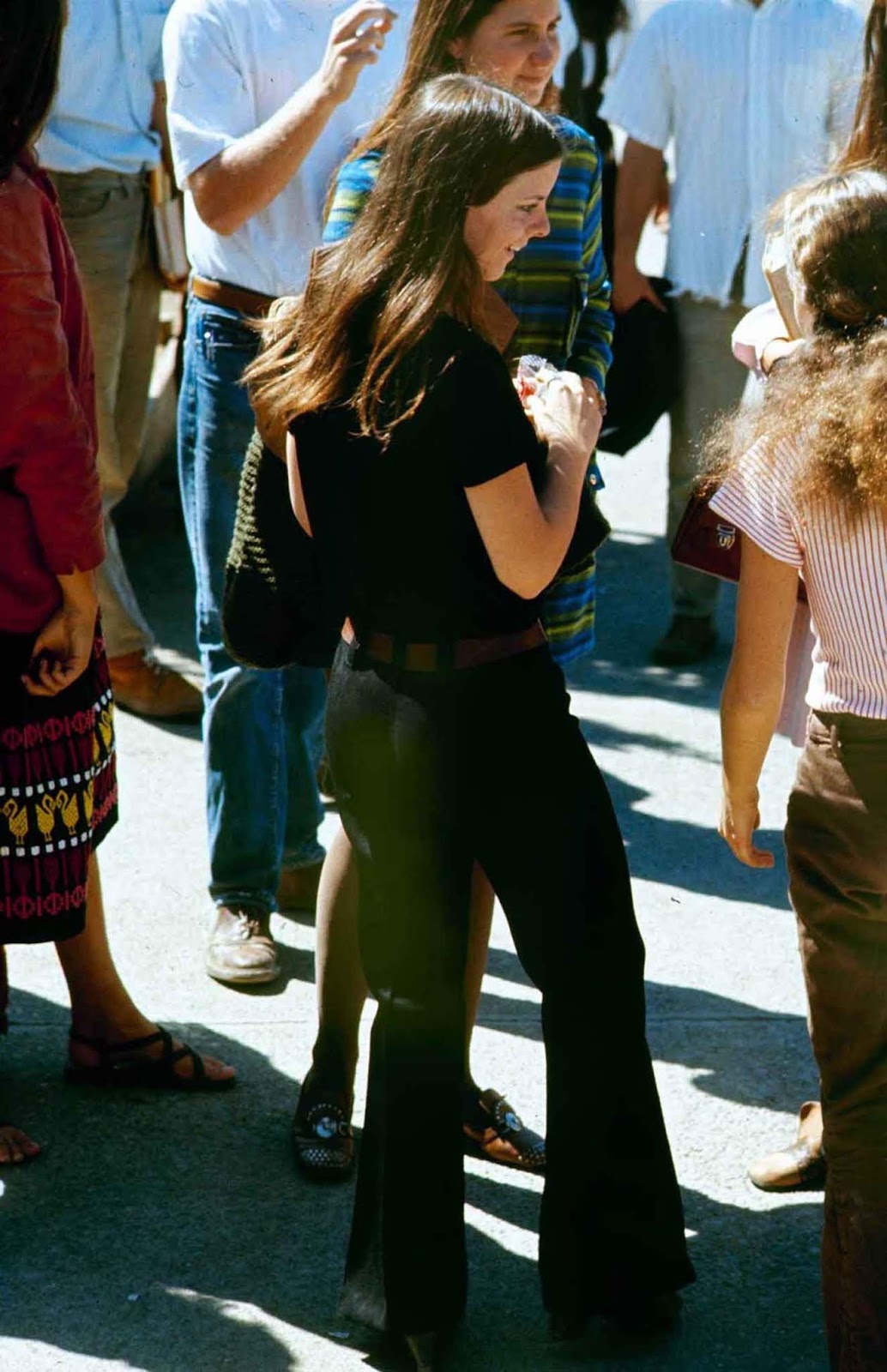 A high school student among other classmates while wearing black bell bottoms. 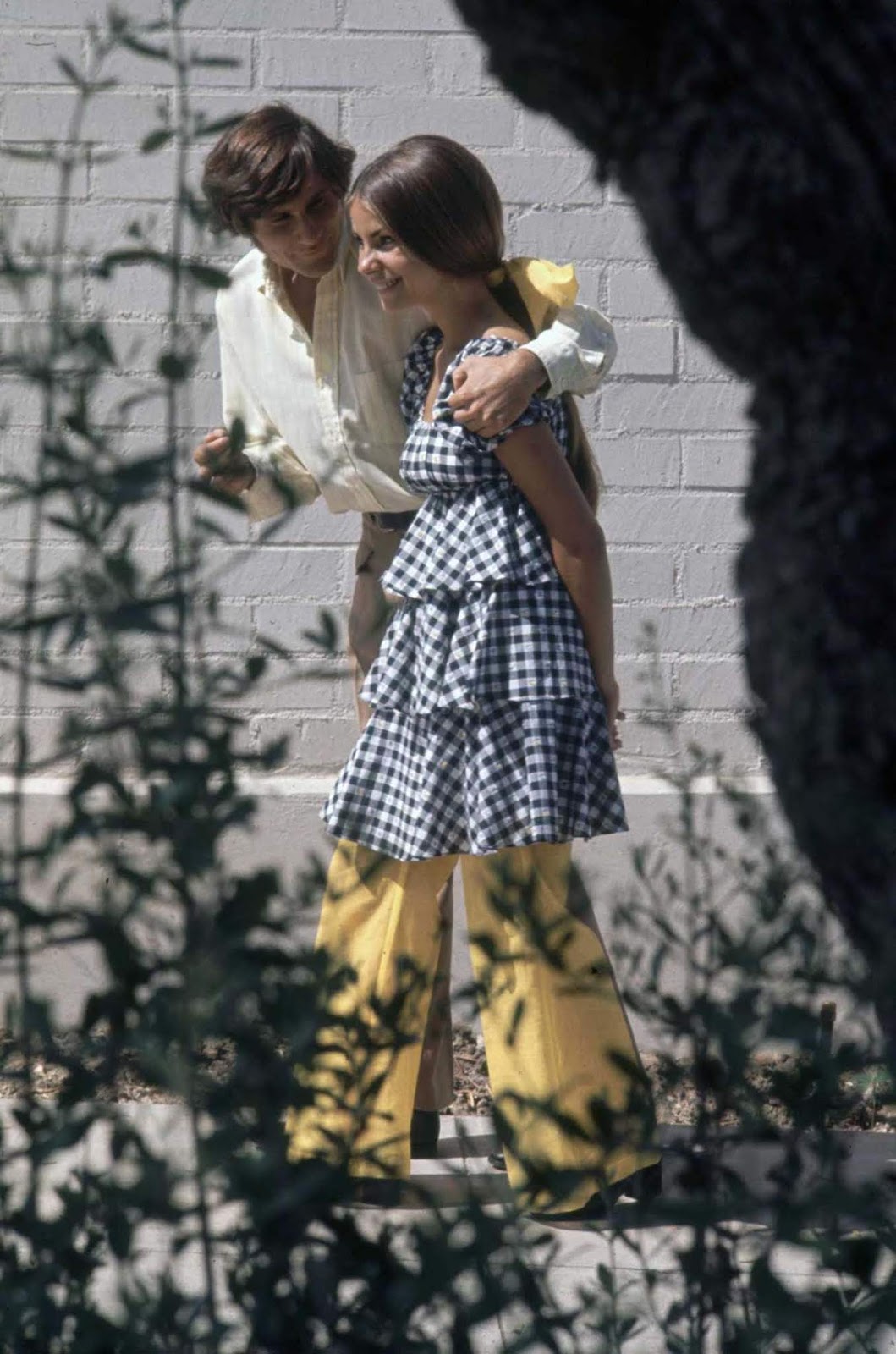