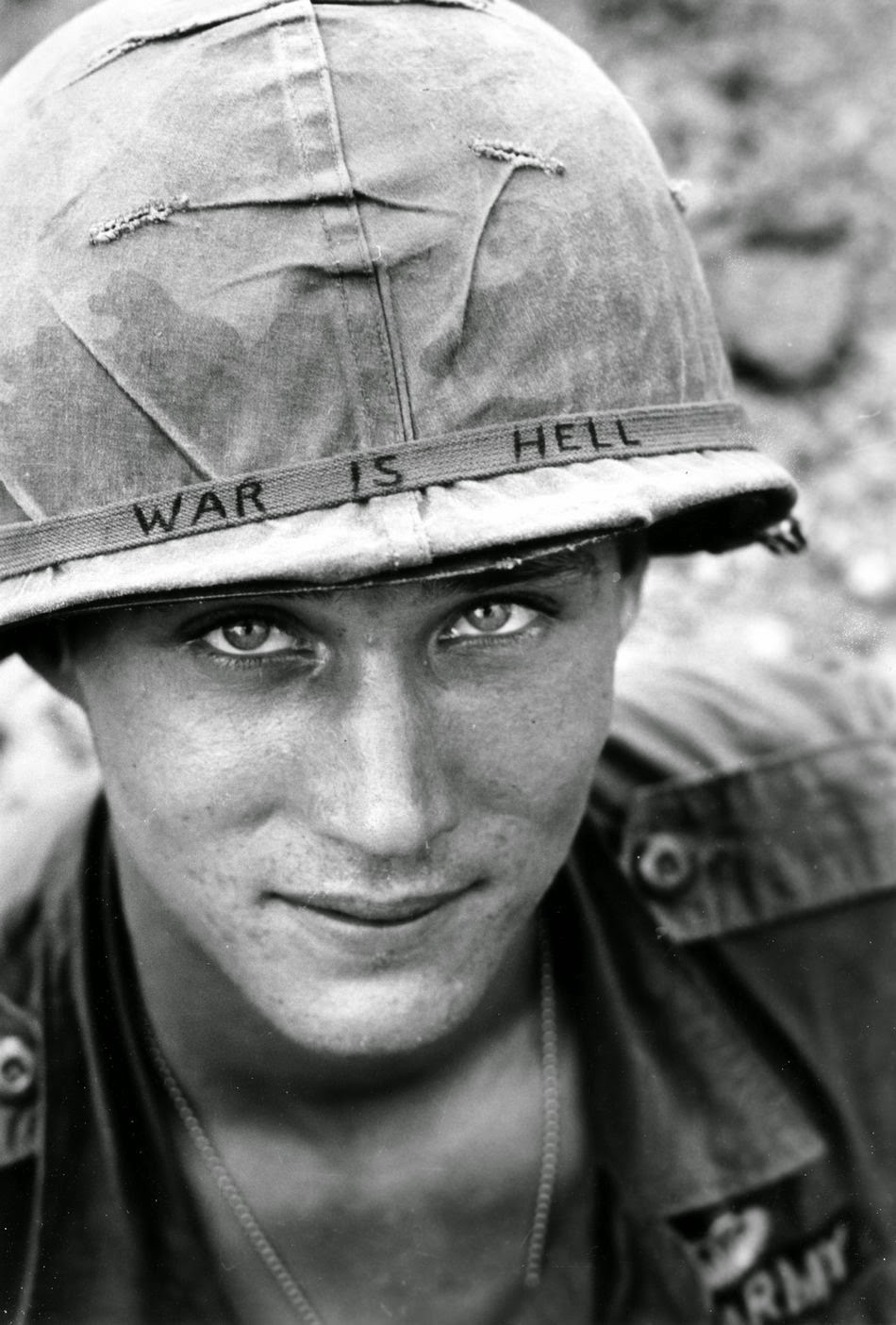 AP photojournalist Horst Faas took this iconic photo on June 18, 1965, during the Vietnam War with the 173rd Airborne Brigade Battalion on defense duty at Phouc Vinh airstrip in South Vietnam.

The headband message “War is Hell” typified an acerbic attitude of many young American soldiers who were likely drafted and sent to the remote southeastern Asia jungles to engage in deadly and terrifying combat.

A lot of the soldiers wrote graffiti on their helmets with inscriptions of their attitudes about where they were and why they were there.

The contrast is what makes this photo iconic. You have this, bright, young handsome soldier with a smile on his face and then you have the text on his helmet. Take the helmet out, and this could easily be a high school yearbook photo.

His face betrays a sense of innocence, but when you look at his helmet, you can tell that he is anything but. You know that he has witnessed the horrors of war firsthand and is trying to cover it all up on the outside.

The identity of the soldier was unknown for many decades until recently when he was identified as Larry Wayne Chaffin from St. Louis. He served with that brigade in Vietnam for exactly one year beginning in May 1965 and when the photo was taken he was 19.

Chaffin had many problems adjusting to civilian life when he returned from Vietnam. He died at the age of 39 from complications that arose from diabetes, an ailment he might have contracted from exposure to Agent Orange while serving in Vietnam. He died in 1985. 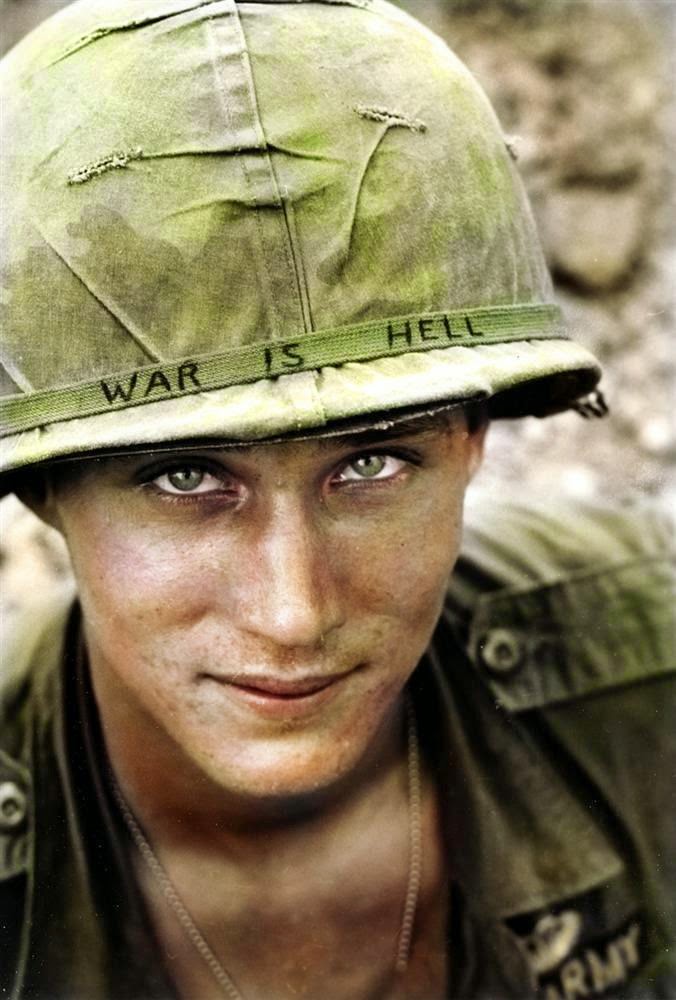 The “War is Hell” quote originates from William Tecumseh Sherman’s address to the graduating class of the Michigan Military Academy (19 June 1879), but slightly varying accounts of this speech have been published. Sherman was a Union Army general during the American Civil War. He succeeded General U.S. Grant as commander of the Western Theater of that war in the spring of 1864. The full quote:

“I’ve been where you are now and I know just how you feel. It’s entirely natural that there should beat in the breast of every one of you a hope and desire that someday you can use the skill you have acquired here. Suppress it!

You don’t know the horrible aspects of war. I’ve been through two wars and I know. I’ve seen cities and homes in ashes. I’ve seen thousands of men lying on the ground, their dead faces looking up at the skies. I tell you, War is Hell!“.