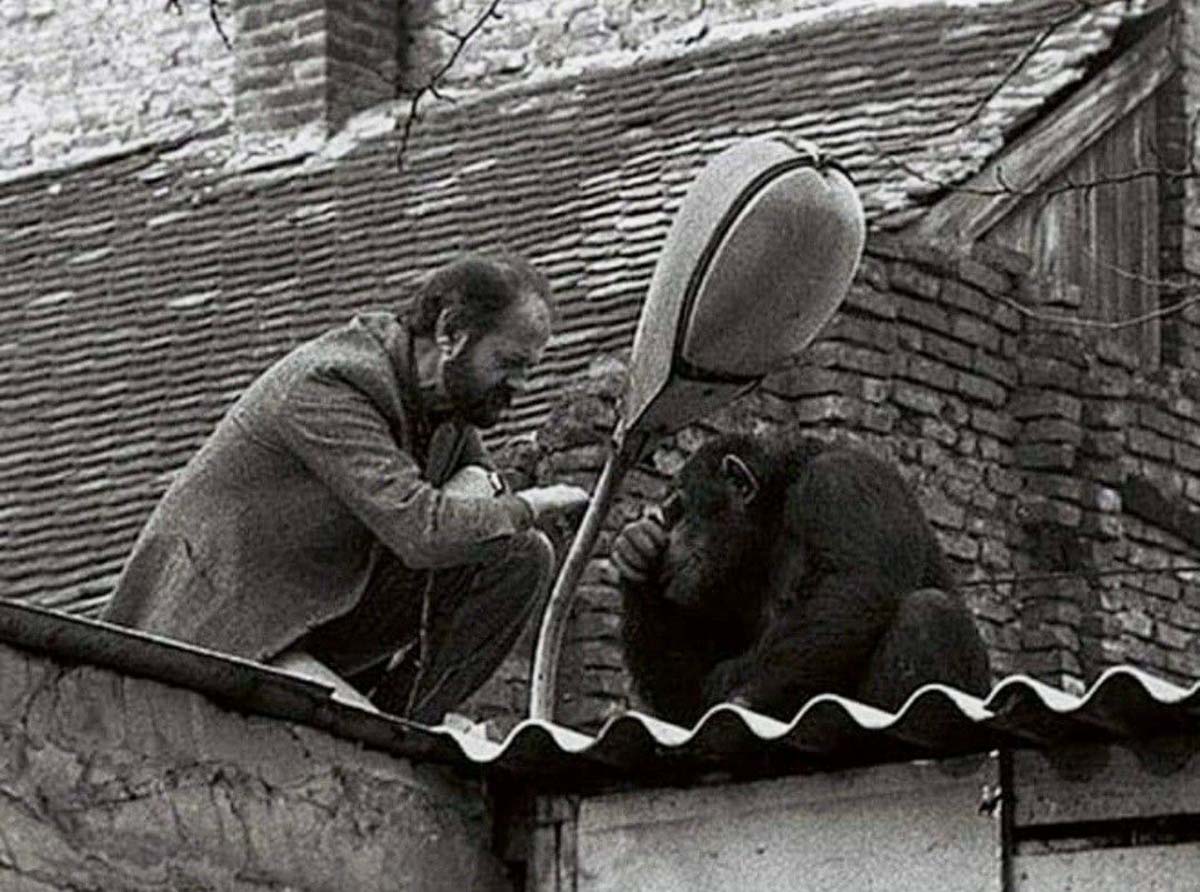 The director of the Belgrade Zoo tries to convince Sami the chimpanzee to return home after he escaped, 1988.

Sami, the chimpanzee of Belgrade Zoo, became a media sensation when he managed to escape twice in February 1988. He had a thoughtful walk around Central Belgrade before being captured after long “negotiations” with the zoo director, Vuk Bojović.

Sami was born at the Osijek Zoo and Aquarium in 1979. He was a well-developed specimen with a strong structure and a thick coat. Sami arrived at the Belgrade Zoo in January 1988 and he was placed in a cramped, battered enclosure with a reinforced grid that was nominally capable of containing an adult chimpanzee.

Unaccustomed to his new unappealing surroundings, Sami exhibited depression symptoms and aggressive behavior during his first few weeks at the zoo.

Sami’s first escape happened on a cold Sunday evening of 21 February 1988. The local news indicated that he was likely searching for a mate since he had no companion at his new enclosure.

Sami headed for the Balkan Cinema in downtown Belgrade and then to Kalemegdan Park. Before he could reach Kalemegdan Park, the police cornered him at Students Square. 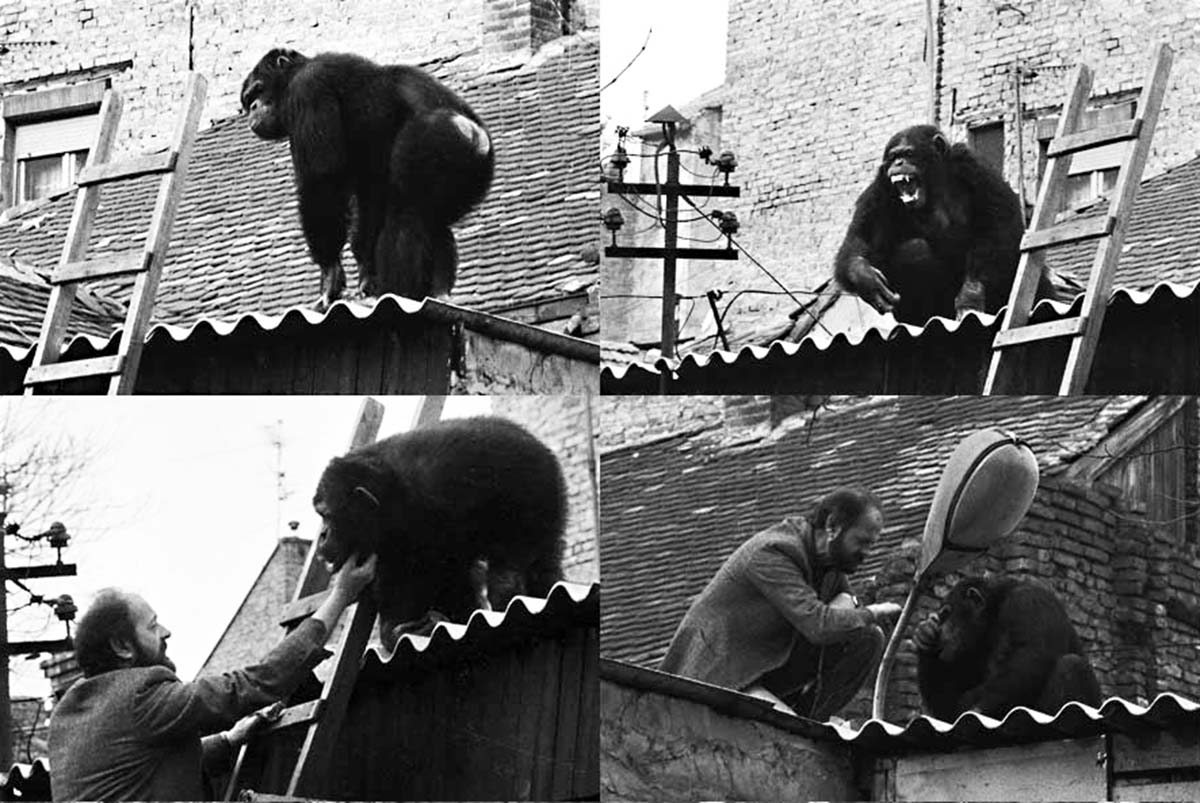 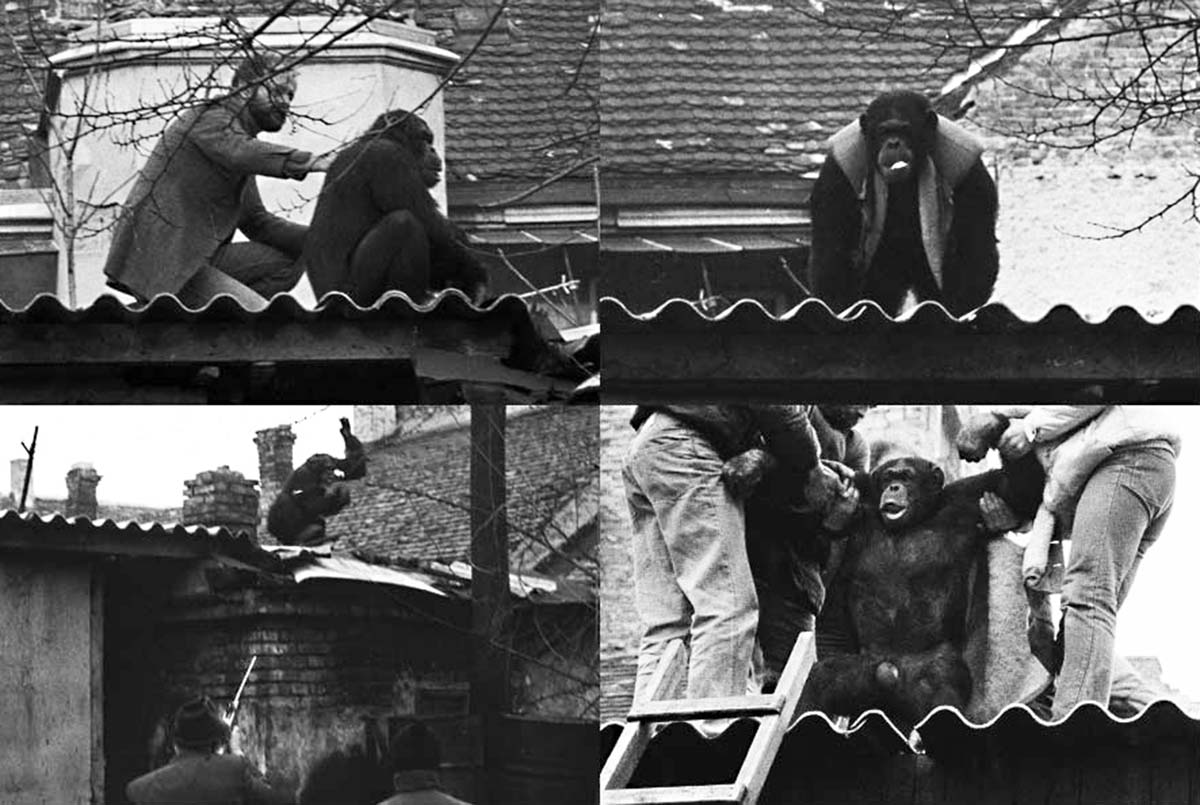 On the second escape, Sami refused to go back to his cage. The team had to use a drugged dart.

Vuk Bojovic, Belgrade’s zoo director, was called for negotiations since he was the only person that Sami trusted. According to witnesses, Vuk attempted to persuade Sami to accompany him back to his enclosure, saying: “Come on, Sami. Let’s go home.” He managed to take Sami by the hand and drove him back to the zoo in his personal car.

Two days later, Sami managed to escape once more, effortlessly breaking out of his cage and hitting the streets of Belgrade. Soon, he appeared at the nearby Beko Factory.

The factory workers attempted to capture Sami with a large net but were unsuccessful. Eventually, Sami was chased to a courtyard at 33 Tsar Dušan Street, where he climbed atop a cherry tree and eventually a garage. 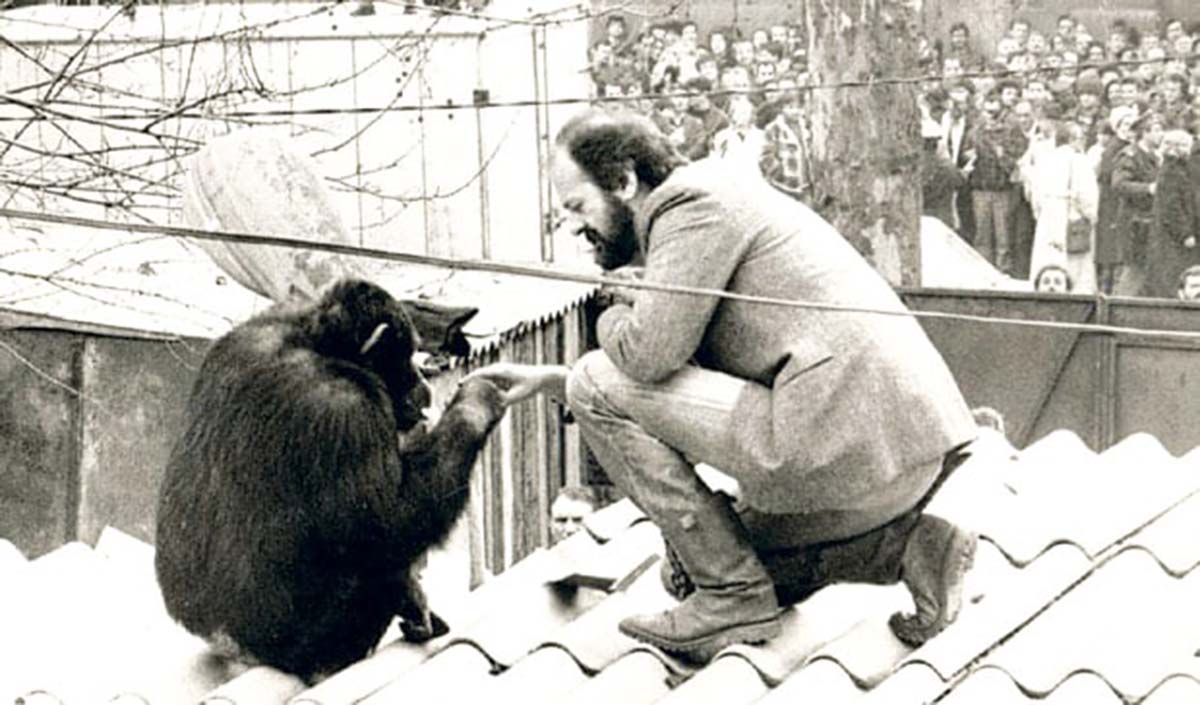 “Come on, Sami, let’s go home, ”he told him, grabbing his arm, taking him to his car, and driving himself back to the zoo.“

News of his escape spread quickly and over four thousand people turned up to lend him their support. Newspaper reports tell of people holding placards with slogans such as “Sami, we’re with you!” and “Don’t give yourself up Sami!”. The scene was televised on local TV stations as well.

As shown in these iconic pictures, Vuk Bojović climbed atop the garage and attempted to persuade Sami to return to the zoo with him, this time unsuccessfully. Eventually, he was shot with a drugged dart and recaptured but not before he had become one of Belgrade’s foremost heroes. 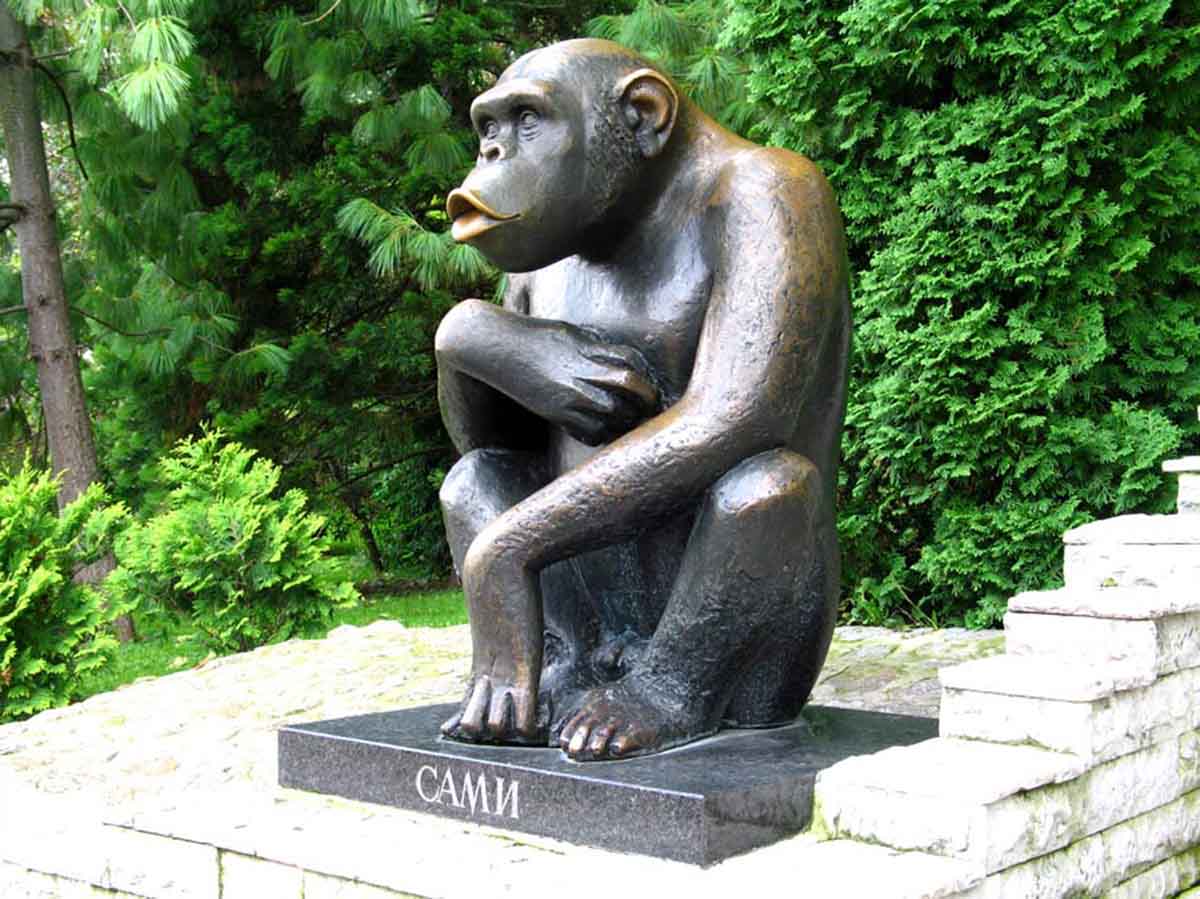 Statue of Sami at the Belgrade Zoo.

Sami died unexpectedly on 11 September 1992 but he is far from forgotten. He is remembered today with a bronze statue at his burial site across from the zoo’s new and improved residence for chimpanzees.

Following his death, several of Belgrade’s leading newspapers eulogized Sami as a “dissident”. The signs of solidarity at Sami’s escape are reverberations of humans caught unhappily in the communist system in then-Yugoslavia, which was under the shadow of the Soviet Union and still haunted by the specter of its president for life Josip Tito.

Sam’s escape invoked a fellow feeling among humans who identified with his confinement. His escape became a momentary rupture in the social fabric. The animal was not complying with its prescribed place in the social system, and this line of flight ignited desires just below the surface of Belgrade’s citizens.

Had Sami been a human, those who aligned with him could have faced arrest, but as a liminal figure on the edge of the social circle, as an animal, Sami could be cheered by the crowd with impunity.

Together with Sami, the people of Belgrade could imagine that another world was possible. Humans and chimp together, for a moment, leveled the geopolitical ecology.