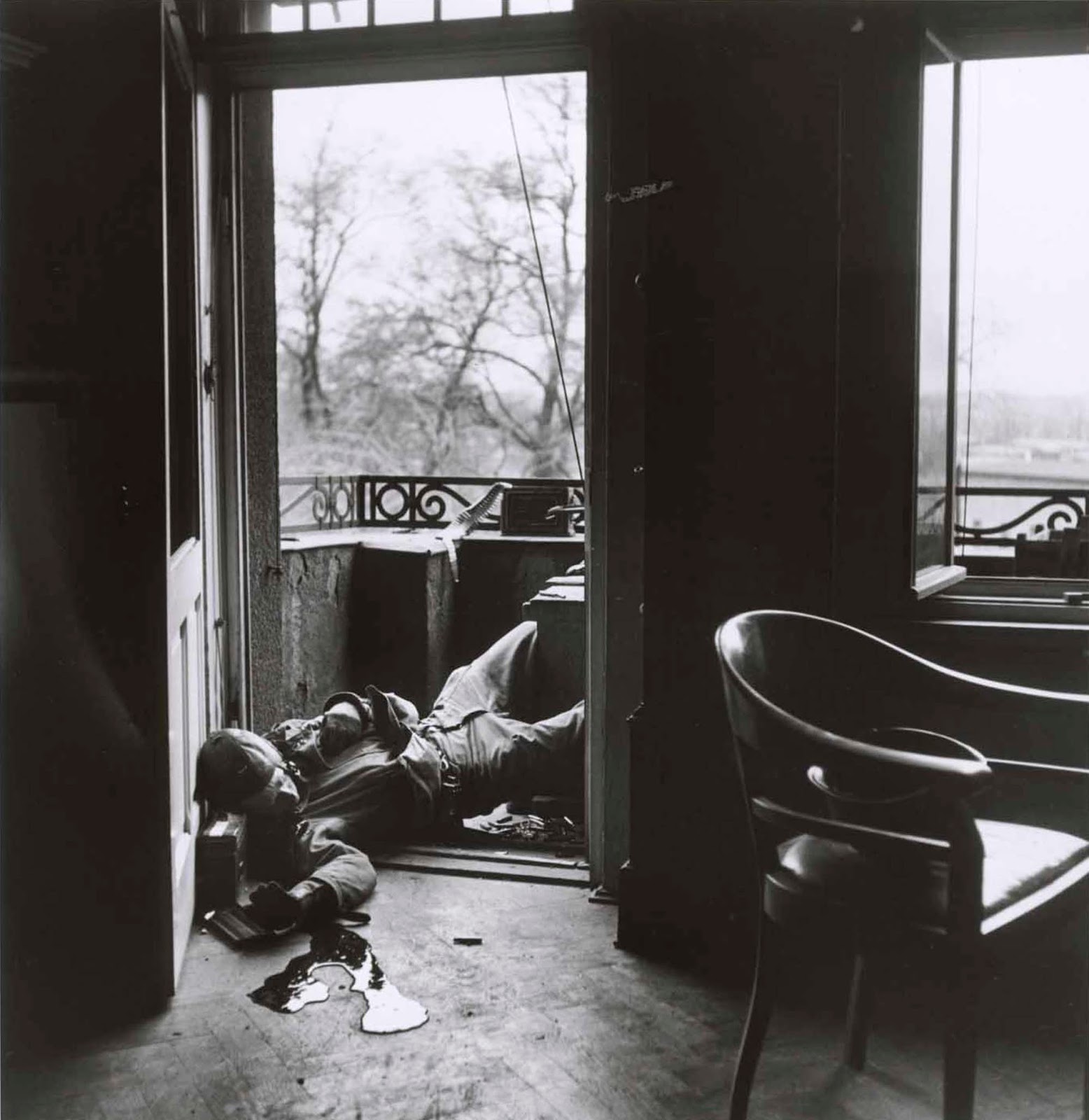 War photographer Robert Capa took this iconic photo of an American soldier shot and killed by a German sniper in the battle for Leipzig on 18 April 1945. The soldier became known as the ‘last man to die’ in WWII after the image appeared in Life magazine’s Victory issue.

During the final days of the war, a platoon of machine gunners entered a Leipzig building looking for positions to set up covering fire points that would protect foot soldiers of the 2nd U.S. Infantry advancing across the bridge.

Two members of the platoon found an open balcony that commanded on an unobstructed view of the bridge, set up their gun. For a while, one soldier fired the gun while the other fed it.

Then one soldier went inside and the other manned the smoking gun alone. While absorbed in reloading it, a German sniper’s bullet from the street pierced his forehead. He crumpled to the floor, dead.

War photographer Robert Capa climbed through a balcony window into the flat to photograph the dead man, who lay in the open door, a looted Luftwaffe sheepskin helmet on his head.

The subsequent series of photographs show the rapid spread of the soldier’s blood across the parquet floor as other GIs attended to him and his fellow gunner took over his post at the machine gun. 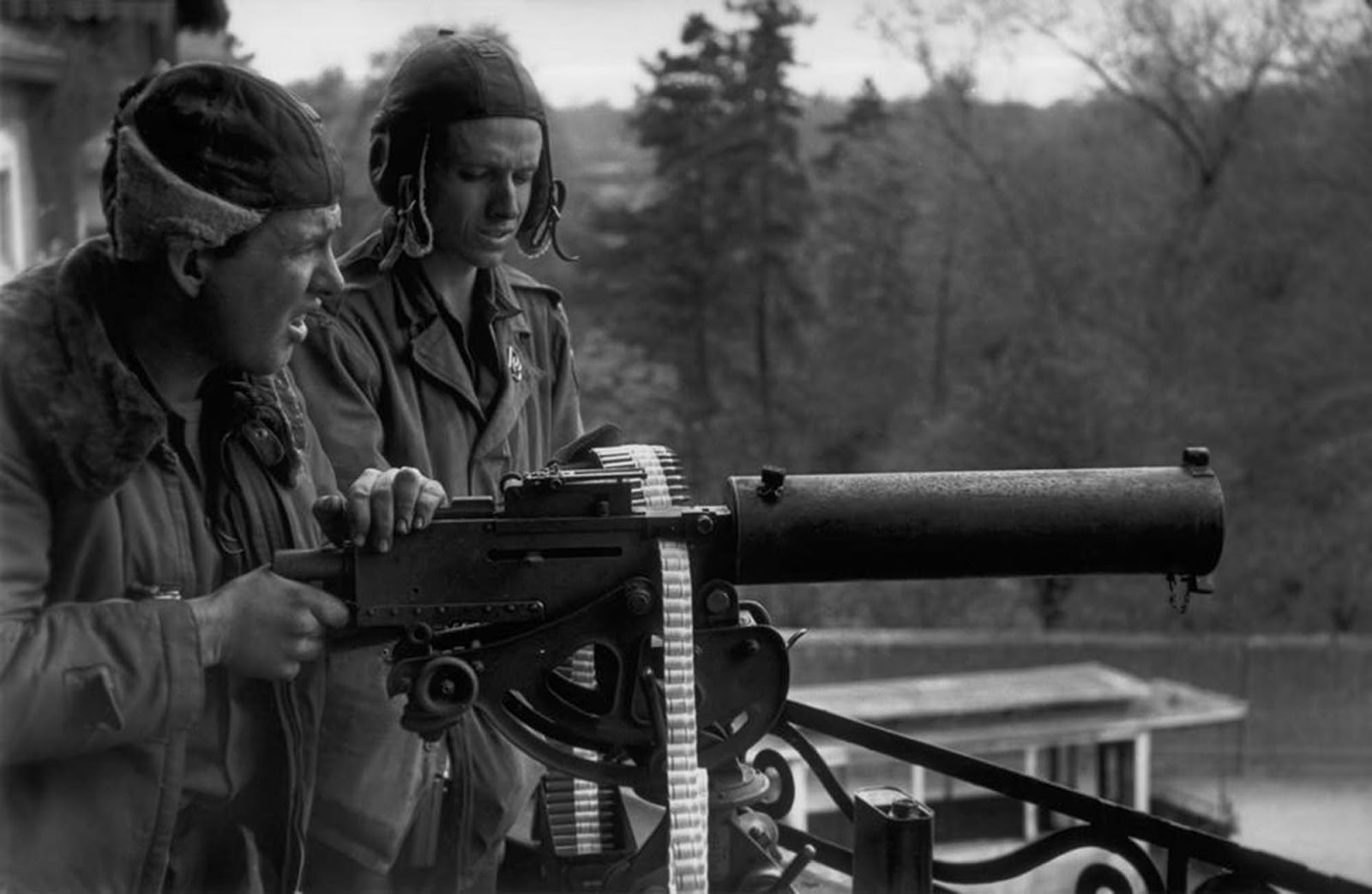 Picture taken minutes before Raymond J. Bowman (on the right) was killed, the other soldier is Clarence Ridgeway (on the left).

“It was a very clean, somehow very beautiful death and I think that’s what I remember most from the war”, Capa recalled two years later in a radio interview.

The soldier was identified as Raymond J. Bowman, age 21, born in Rochester, New York. In January 1944, he was sent overseas to the United Kingdom in preparation for Operation Overlord. Bowman served in France, where he was wounded in action on August 3, 1944, and later in Belgium and Germany.

He reached the rank of Private first class during his service. The Life magazine article did not identify the soldiers in the photographs by name, although Bowman’s family recognized him by the small pin (which bore his initials) that he always wore on his collar.

The images were published in Life magazine’s Victory edition on 14 May with the caption “The picture of the last man to die”. They would become some of the most memorable images of the Second World War. 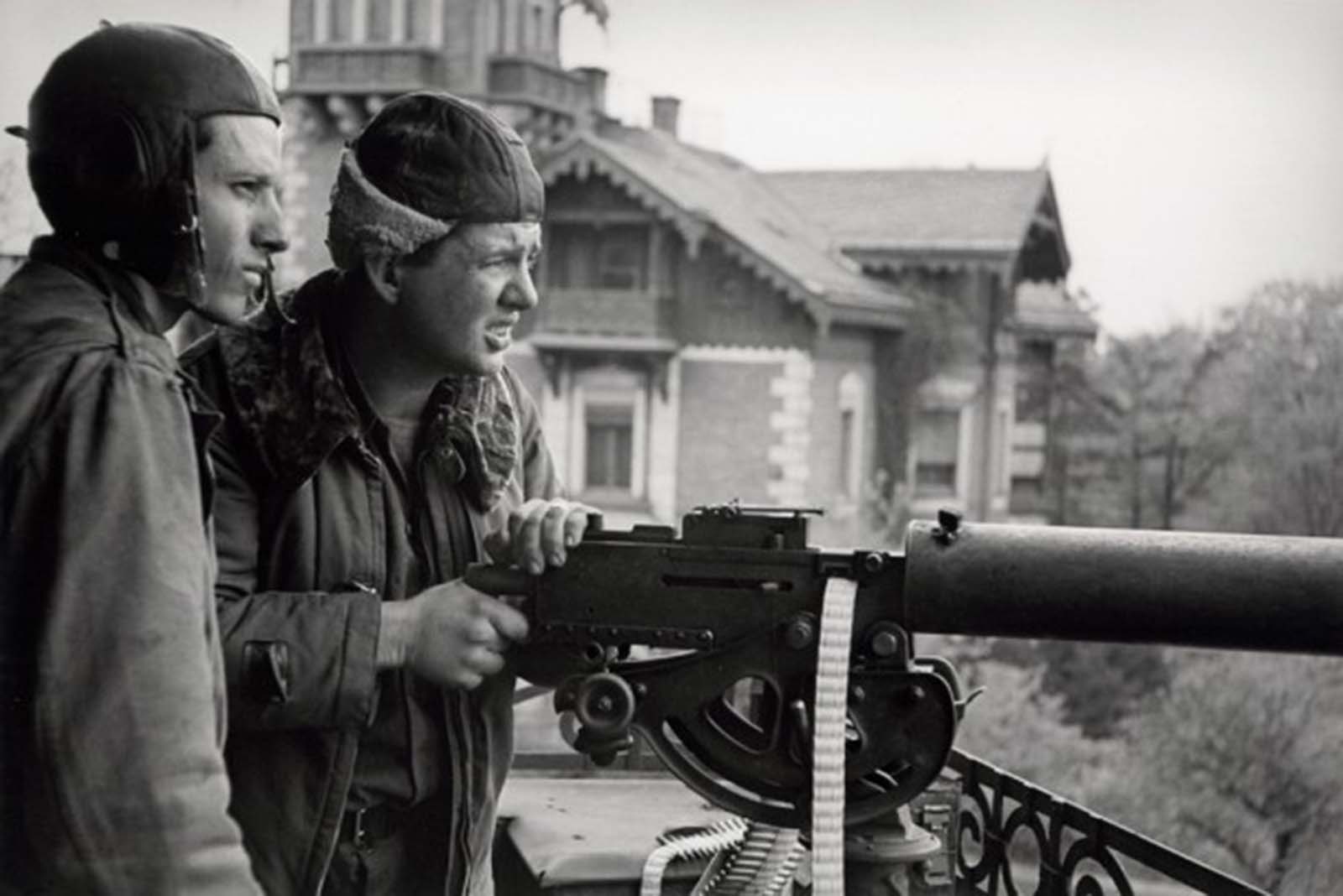 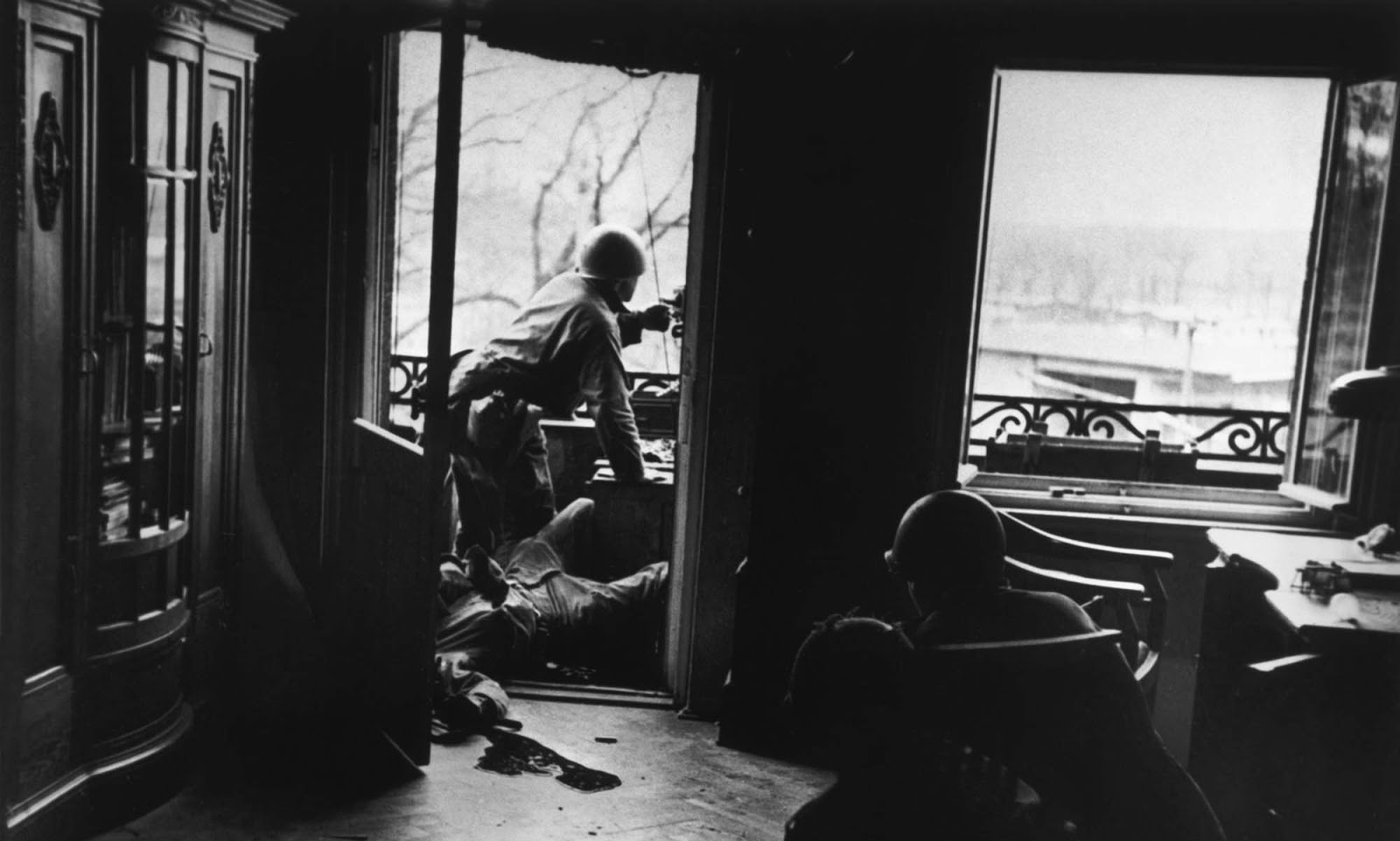 “It was a very clean, somehow very beautiful death and I think that’s what I remember most from the war”, Capa recalled two years later in a radio interview. Bowman’s body was returned from overseas in 1948.

In July 2015, the city of Leipzig, Germany voted to name the street (previously called Jahnallee 61) in front of the apartment building where Bowman was killed “Bowmanstraße” after him.

The renaming took place on April 17, 2016. The apartment building now contains a small memorial with Capa’s photographs and information about Bowman.