Rat-catchers would often hunt inside the sewers.

Anecdotal reports suggest that some rat-catchers would raise rats instead of catching them in order to increase their eventual payment from the town or city they were employed by. This, and the practice of rat-fights, could have led to rat-breeding and the adoption of the rat as a pet—the fancy rat.

Rat-catchers ran high risks of suffering bites and infections, but helped prevent these from spreading to the public. They would capture rats by hand, often with specially-bred vermin terriers, or with traps. Rats are rarely seen in the open, preferring to hide in holes, haystacks and dark locations. Payment would be high for catching and selling rats to breeders. A rat-catcher’s risk of being bitten is high, as is the risk of acquiring a disease from a rat bite. 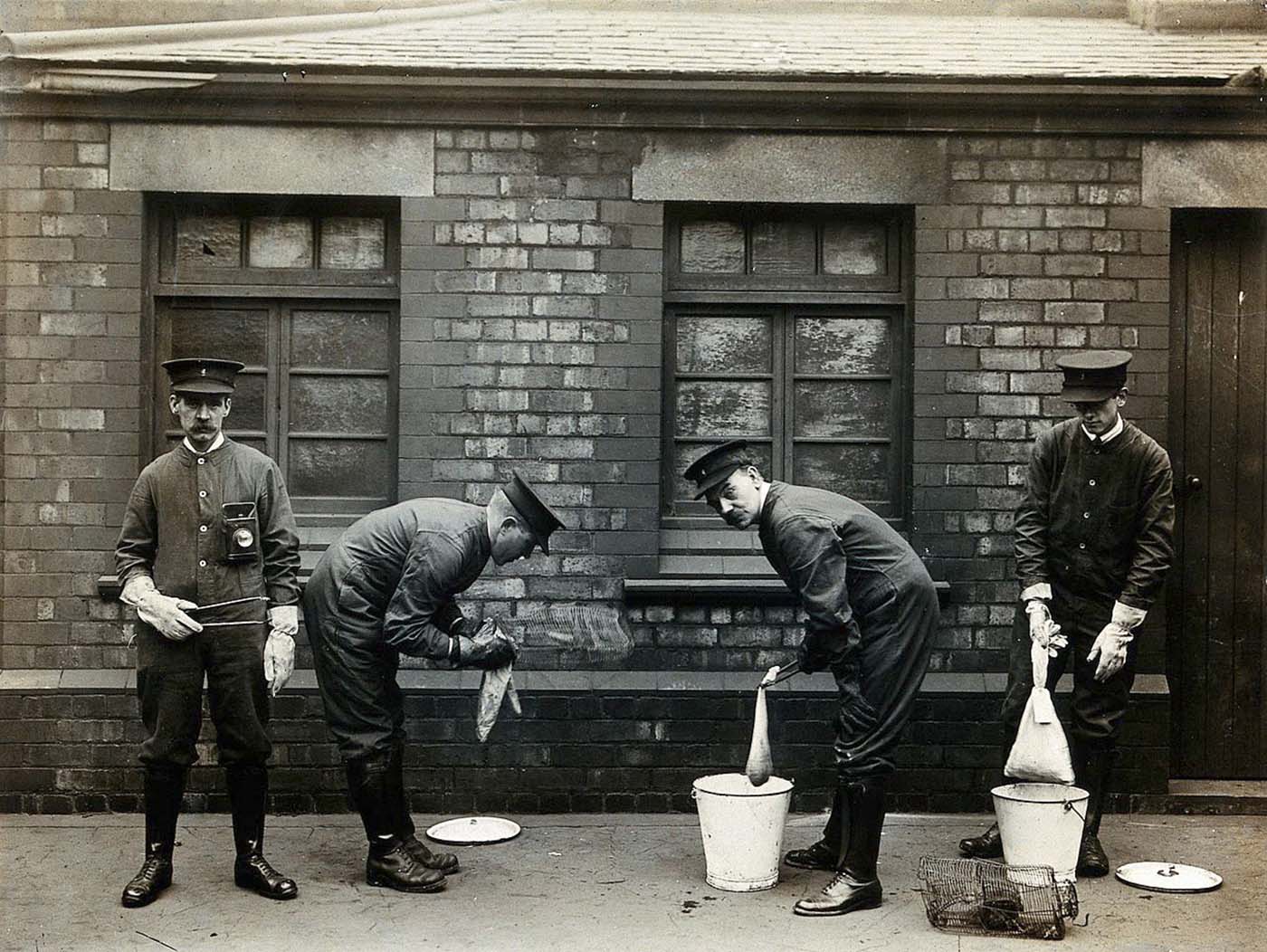 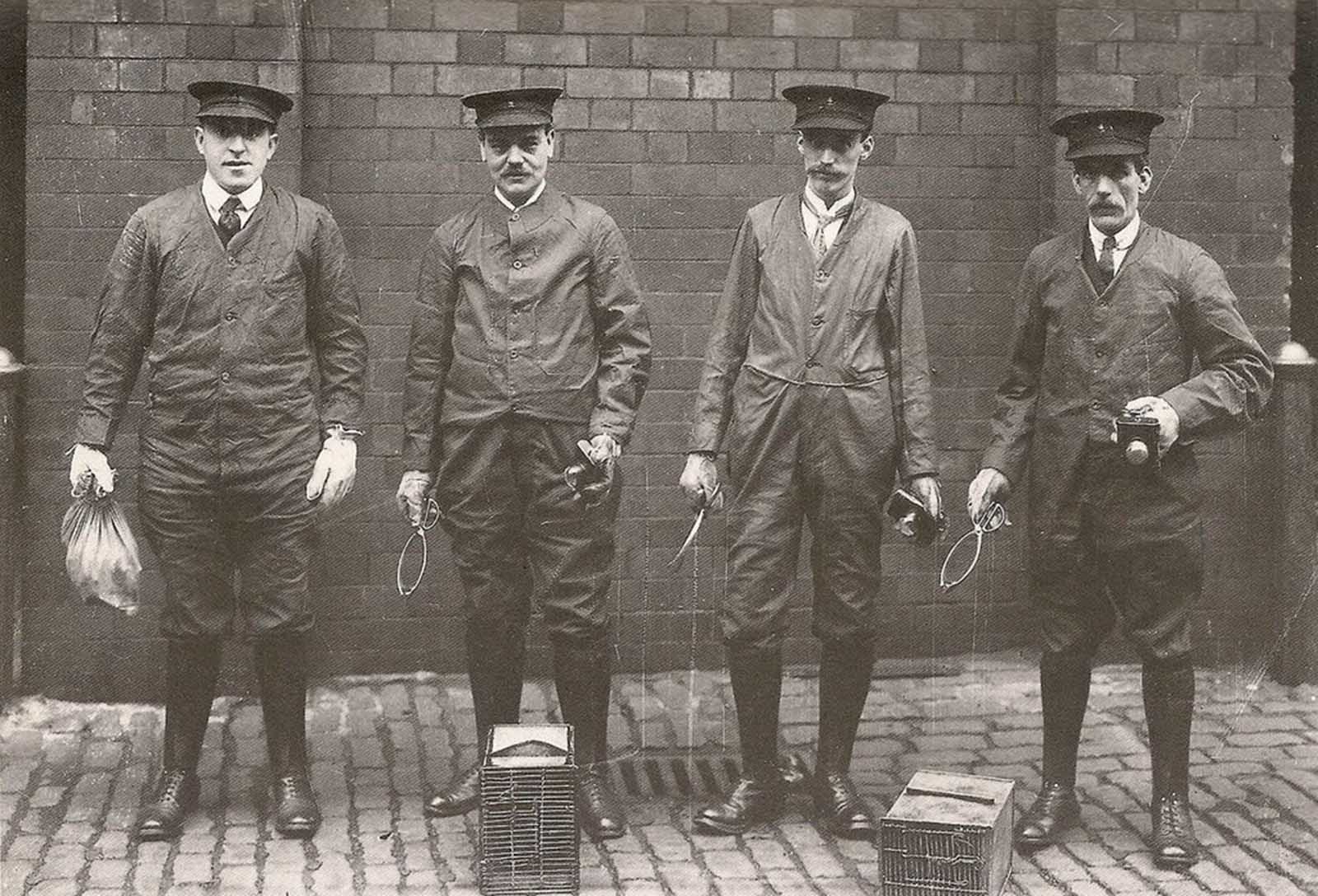 Professional rat-catchers. The lower class and uneducated men would have been most likely to do this job as they needed to support themselves and their families.

Sydney, Australia, 1900. In this photograph features a group of men are shown standing behind a pile of rats. One of them is holding a cage and many others are holding bucket-like utilities. These rat catchers were supposedly disinfecting Sydney in 1900 of rats to prevent the spread of the bubonic plague in the city.