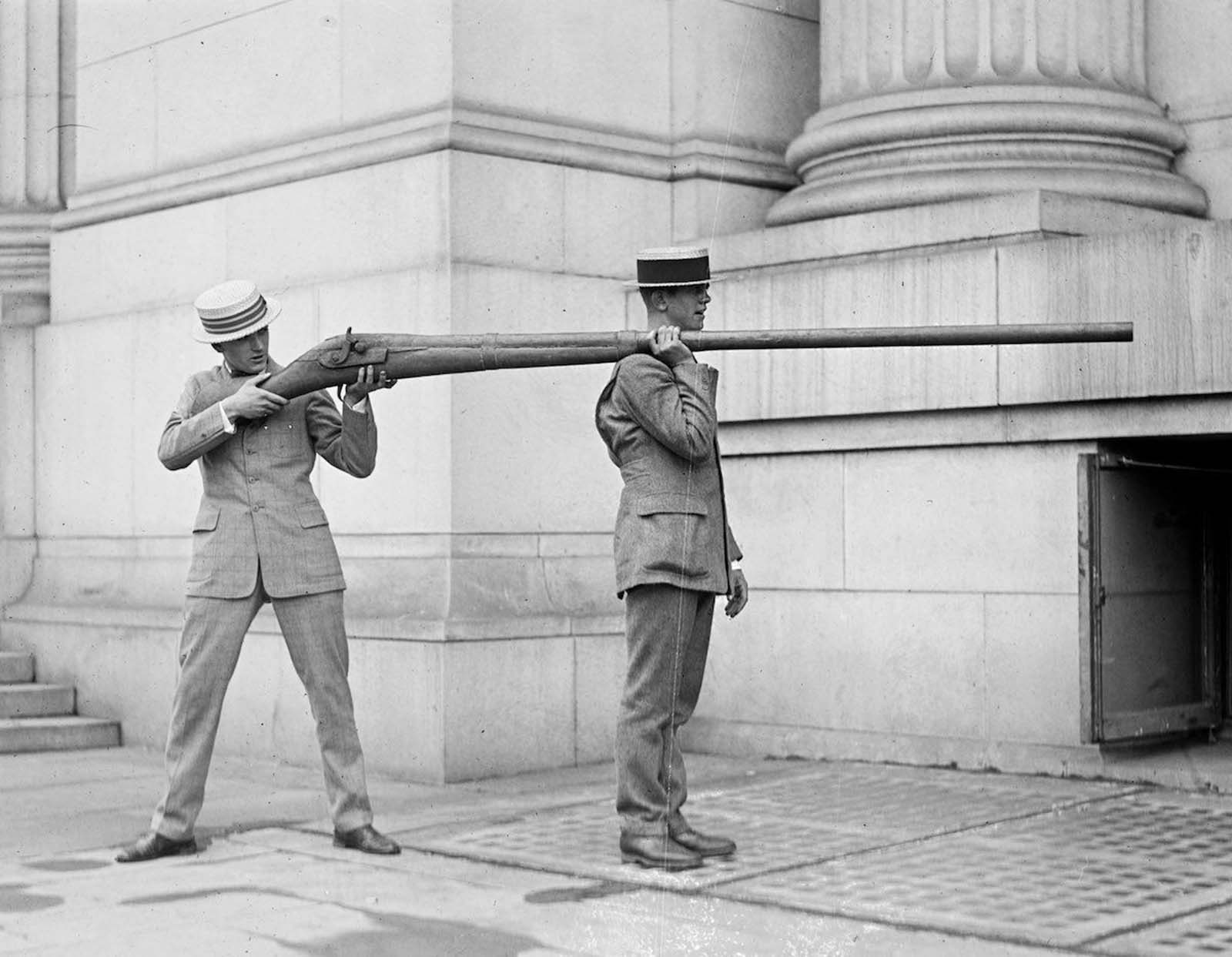 A punt gun is a type of extremely large shotgun used in the 19th and early 20th centuries for shooting large numbers of waterfowl for commercial harvesting operations and private sport. A single shot could kill over 50 waterfowl resting on the water’s surface.

They were too big to hold and the recoil so large that they were mounted directly on the punts (a small skiff boat) used for hunting, hence their name. “Used for duck hunting” isn’t the right expression for aiming this piece of artillery in the general direction of a flock of ducks, firing, and spending the rest of the day picking up the carcasses.

In the early 1800s, the mass hunting of waterfowl to supply commercial markets with meat became a widely accepted practice. In addition to the market for food, women’s fashion in the mid-1800s added a major demand for feathers to adorn hats.

To meet the demand, professional hunters custom-built extremely large shotguns (bore diameters up to 2″) for the task. These weapons were so cumbersome that they were most often mounted on long square-ended flat-hulled boats (punts).

Hunters would maneuver their punts quietly into line and range of the flock using poles or oars to avoid startling them. Generally, the gun was fixed to the punt; thus the hunter would maneuver the entire boat in order to aim the gun. 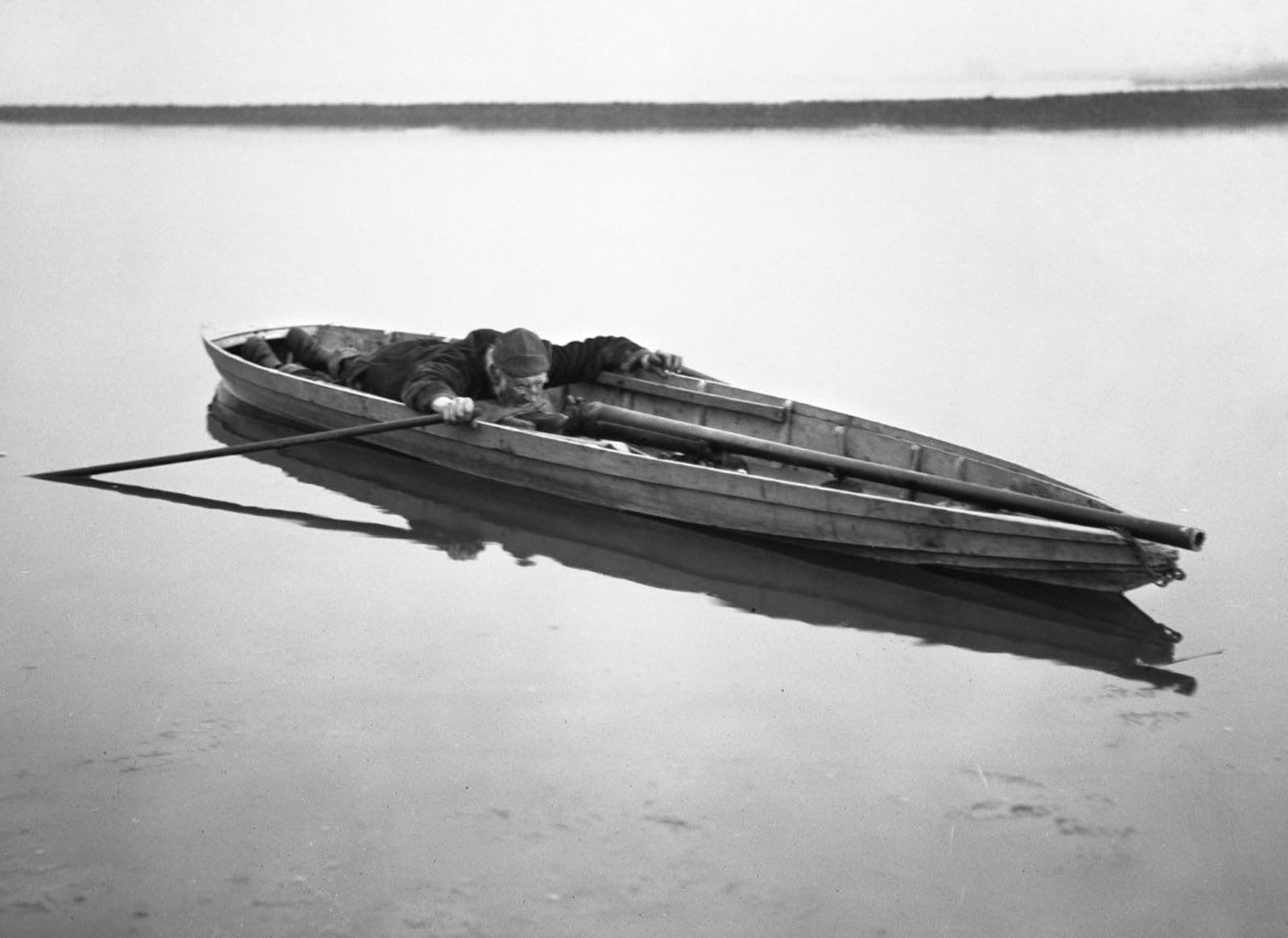 The guns were sufficiently powerful, and the punts themselves sufficiently small, that firing the gun often propelled the punt backward several inches or more.

To increase efficiency even further, punt hunters would often work in groups of 8-10 boats. By lining up their boats and coordinating the firing of their single-shot weapons, entire flocks of birds could be “harvested” with a single volley.

It was not unusual for such a band of hunters to acquire as many as 500 birds in a single day. Because of the custom nature of these weapons and the lack of support by the weapons industry, they were often rather crude in design.

In the United States, this practice depleted stocks of wild waterfowl and by the 1860s most states had banned the practice. The Lacey Act of 1900 banned the transport of wild games across state lines, and the practice of market hunting was outlawed by a series of federal laws in 1918. 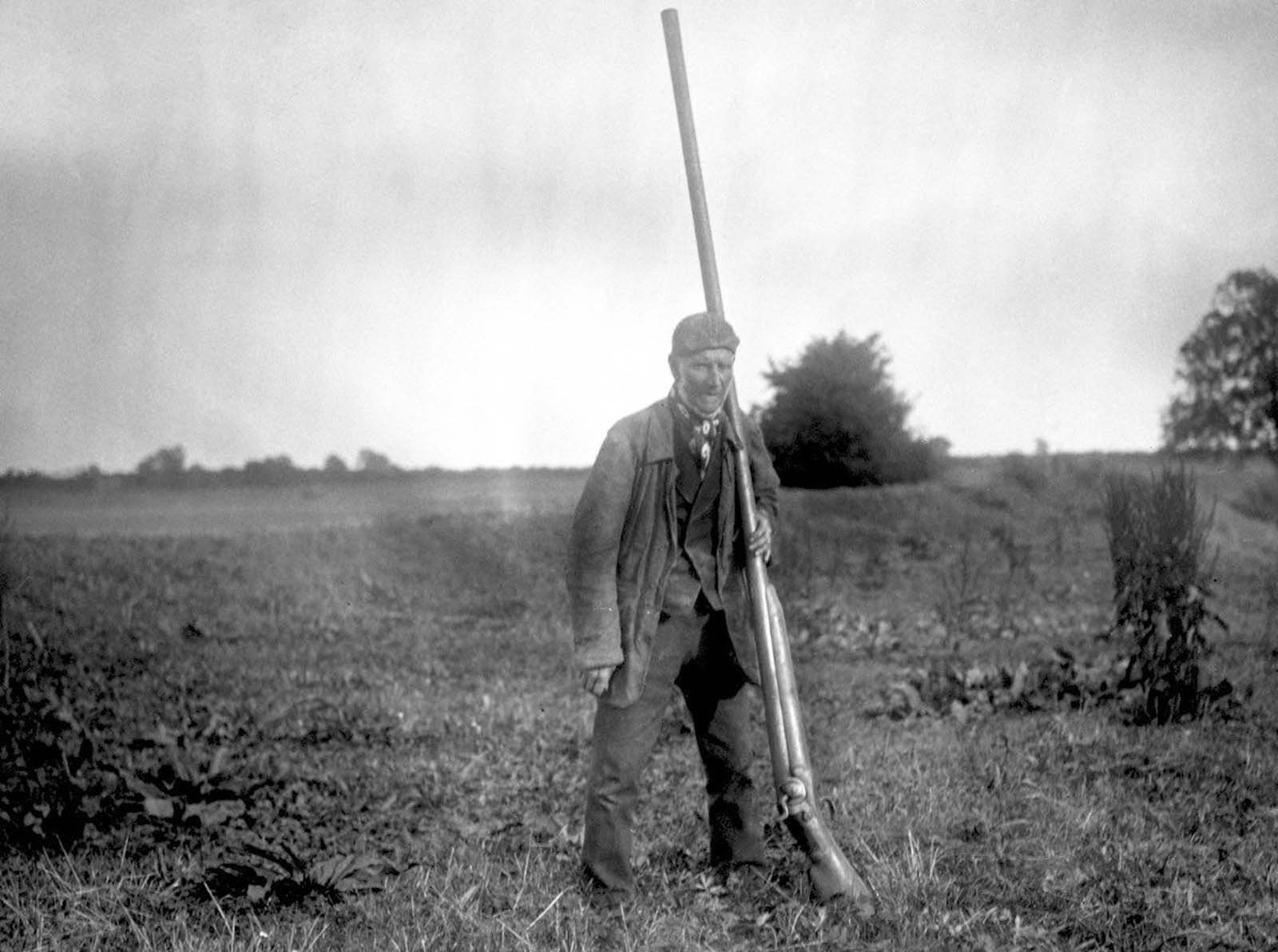 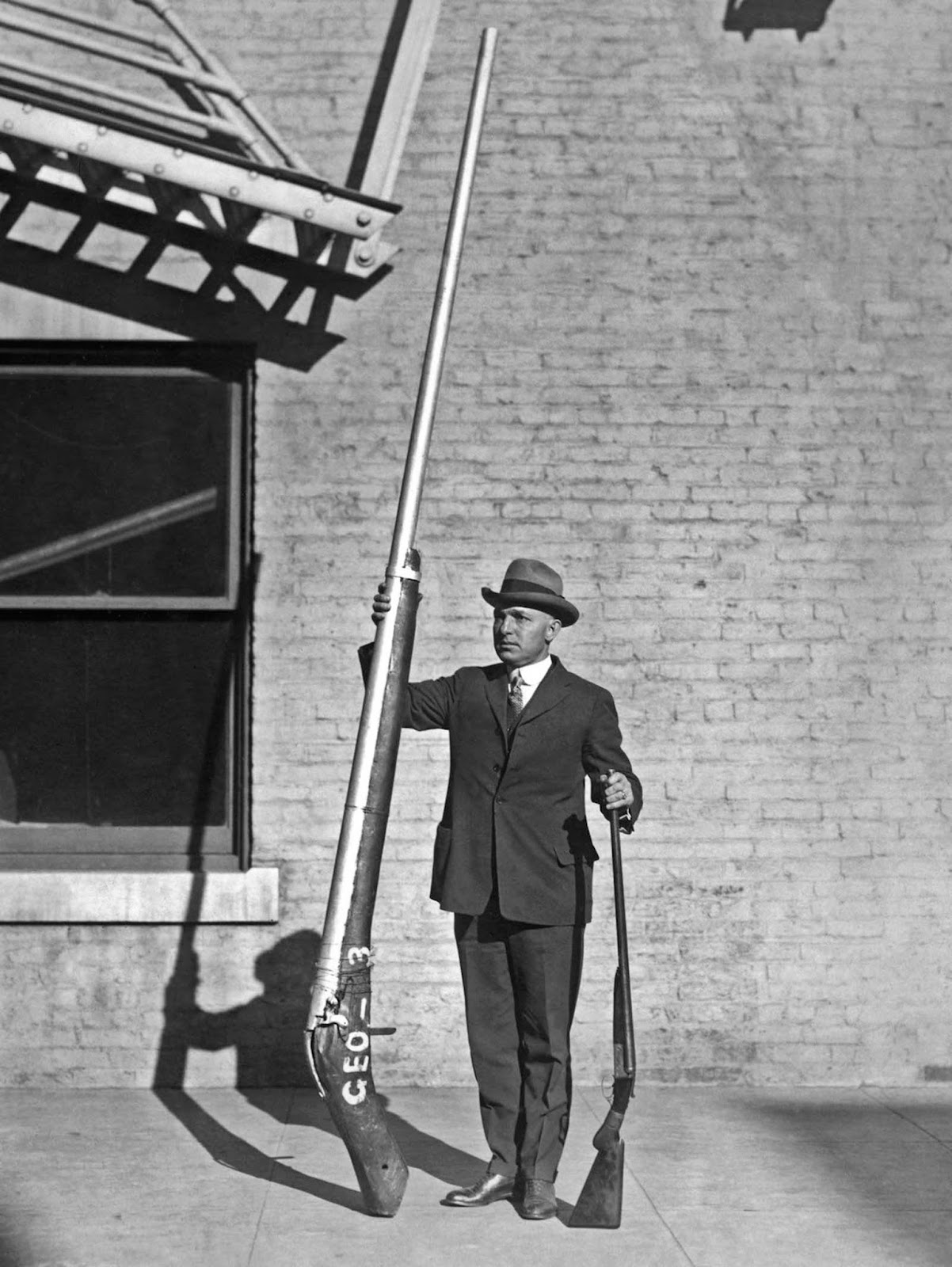 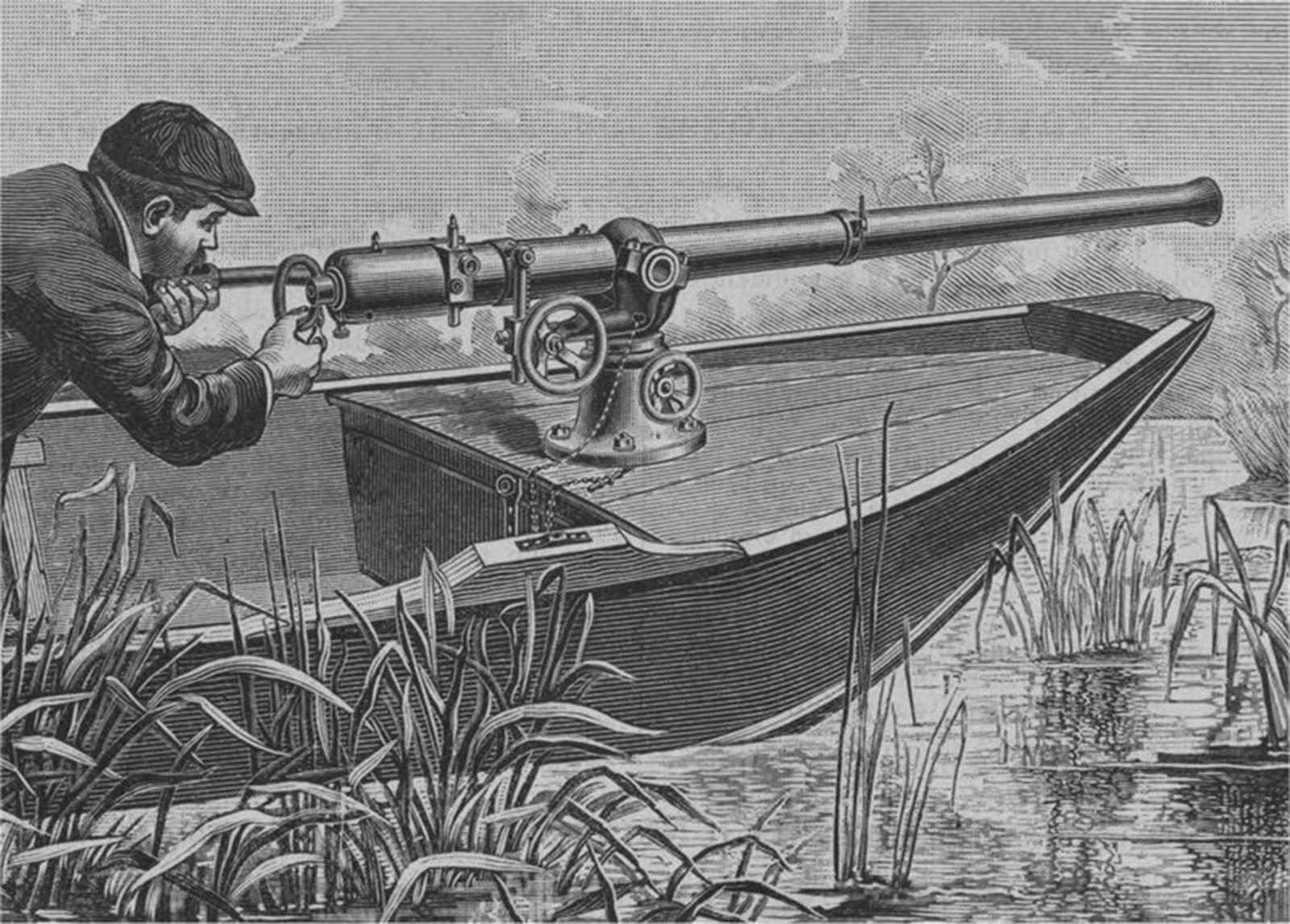