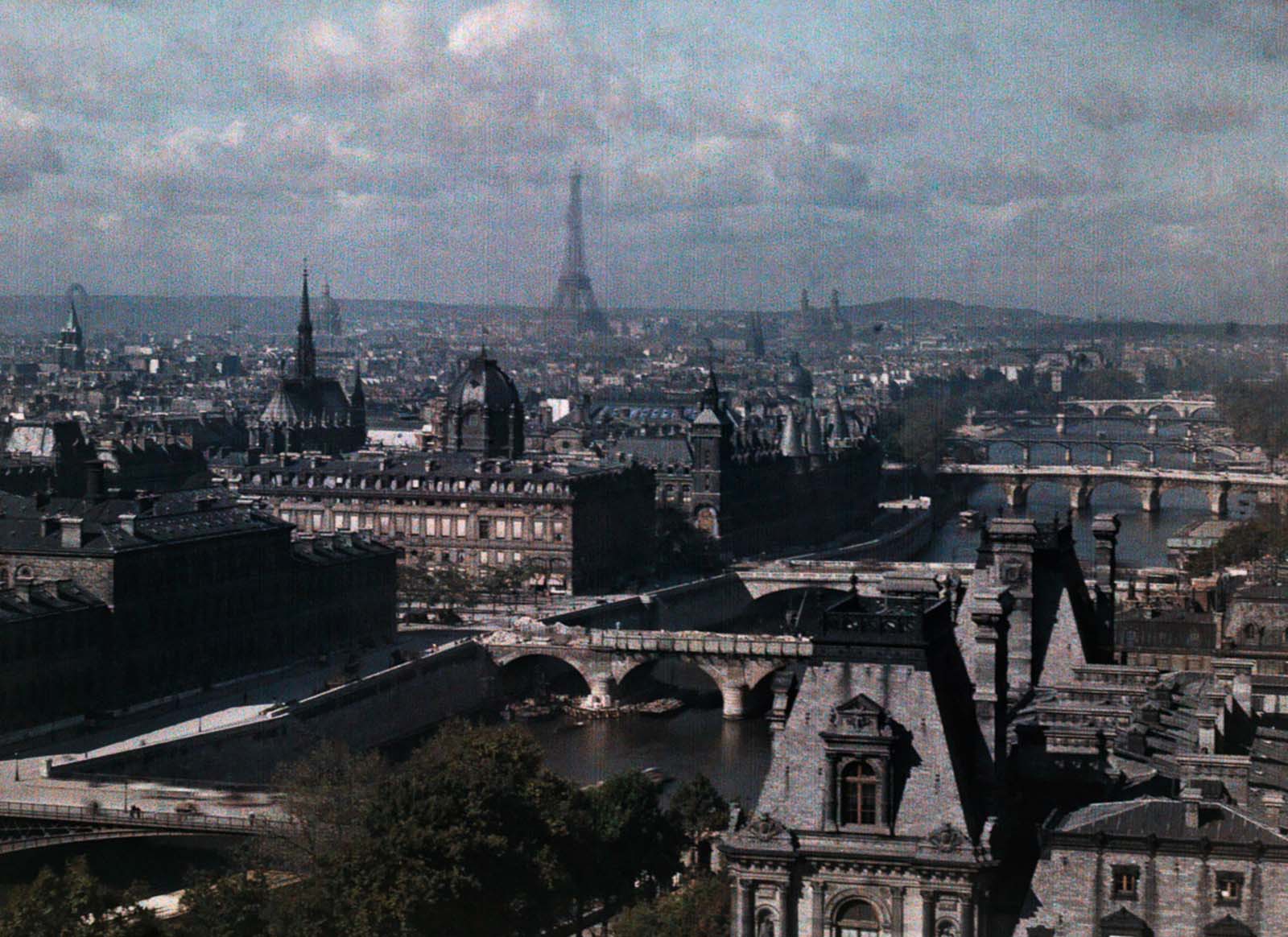 Paris as seen from the church of Saint Gervais.

These colored photos by Jules Gervais-Courtellemont will take you back through time to see how Paris looked in 1923. The vivid images are produced using the autochrome technique in which the plates are covered in microscopic red, green and blue colored potato starch grains (about four million per square inch).

When the photograph is taken, light passes through these color filters to the photographic emulsion. The plate is processed to produce positive transparency. Light, passing through the colored starch grains, combines to recreate a full-color image of the original subject.

Born in 1863 outside Paris, Jules Gervais-Courtellemont spent twenty years in Algeria where he developed a passion for the pre-colonial Orient and devoted most of his professional career in search of the exotic.

In 1894 he converted to Islam prior to making a pilgrimage to Mecca. After experiments with monochrome photography, he adopted the Lumière brothers’ Autochrome system after it went on sale in June 1907.

In 1911, Courtellemont opened the “Palais de l’autochromie” at 167 rue Montmartre in Paris, which comprised an exhibition hall, studio, laboratory, and lecture hall with a seating capacity of 250. It was in this hall that Courtellemont would project his autochromes of the Orient. 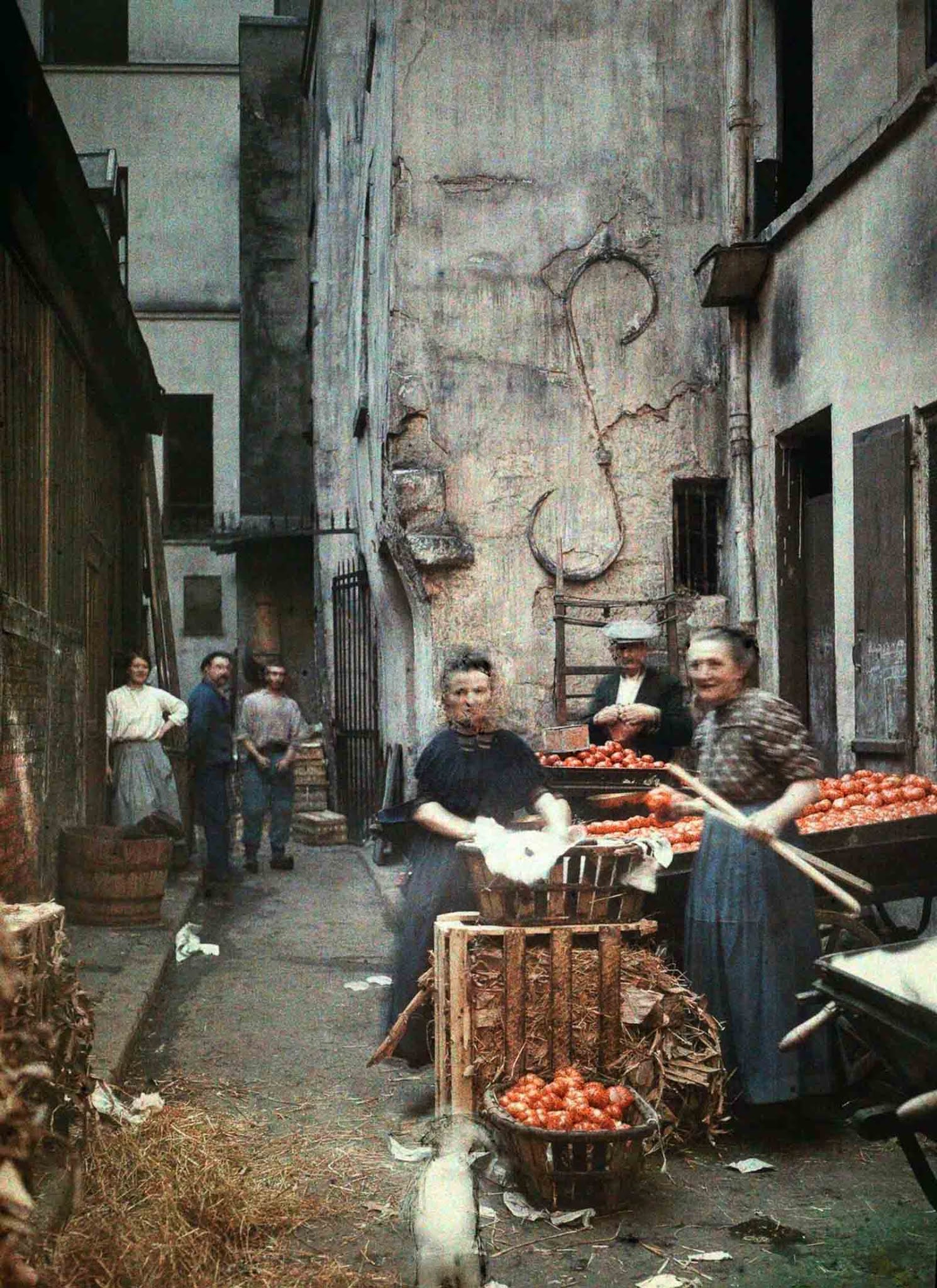 A blind alley in old Paris.

With the outbreak of World War I, Courtellemont returned to his home province to record the war. He continued to show his photographs of the war at the “Palais”, particularly the Marne battlefields. After the war, Courtellemont began working for an American publication. He eventually became a photographer for National Geographic.

Paris during the 1920s was an enigmatic and frivolous place. The people were changing, norms were being challenged and sexualities were becoming more present in the social spectrum.

Stereotypically, the 20s were a place in history where people, especially the youth, began to break out of their societally-decided places and experiment with how they fit in with the world.

Cars appeared on the roads; picture houses opened, projecting the world’s first silent movies; radios appeared in households; jazz flourished, and musical halls – where icons like Josephine Baker and Maurice Chevalier launched their careers – became the places to see and be seen in.

Paris was at the heart of it all, not only in terms of fashion and entertainment but in the domains of decorative art and architecture, as movers and thinkers drew inspiration from cubism, modernism, and neoclassicism to create the ‘total’ style that came to be known as art deco. 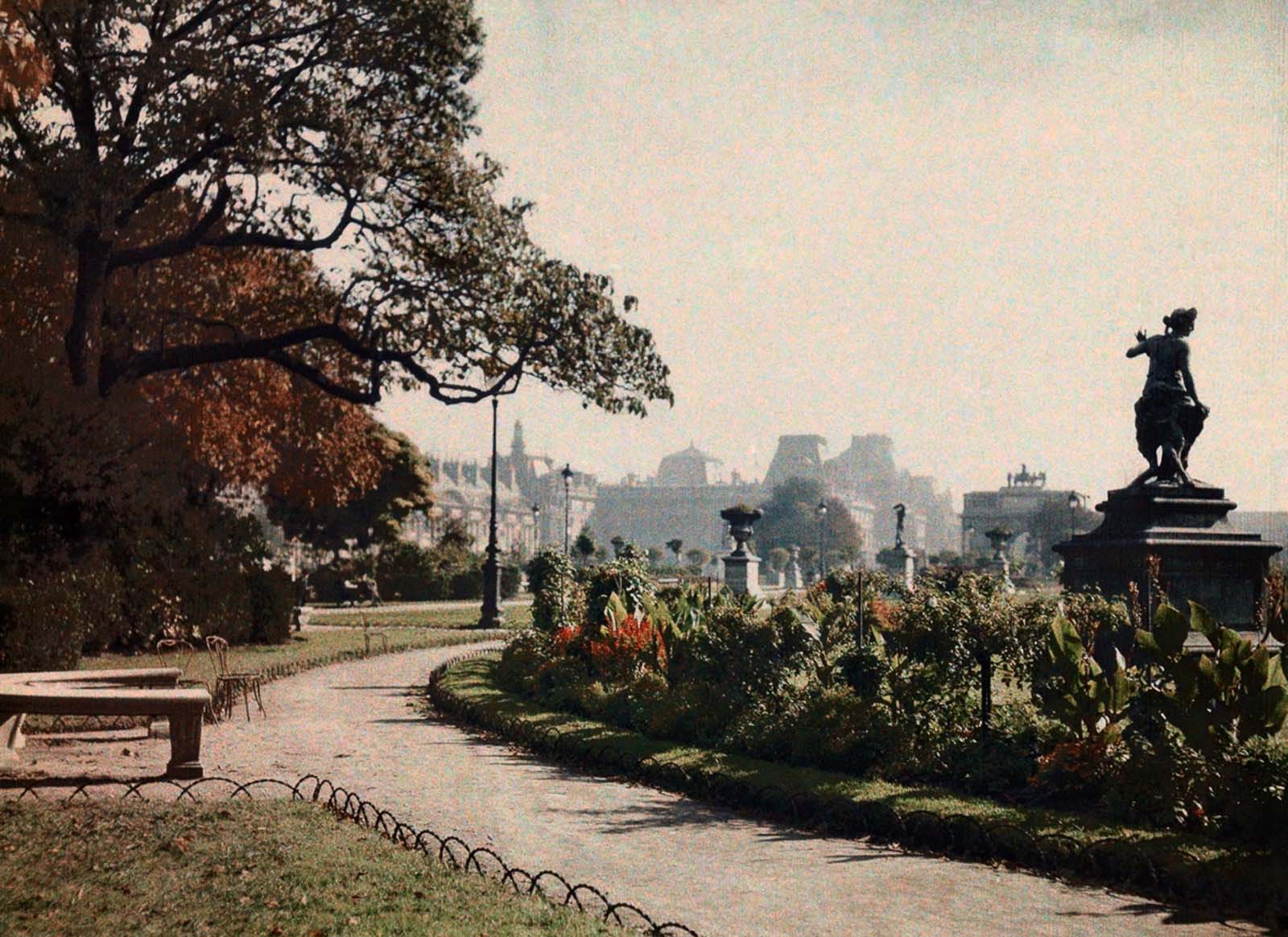 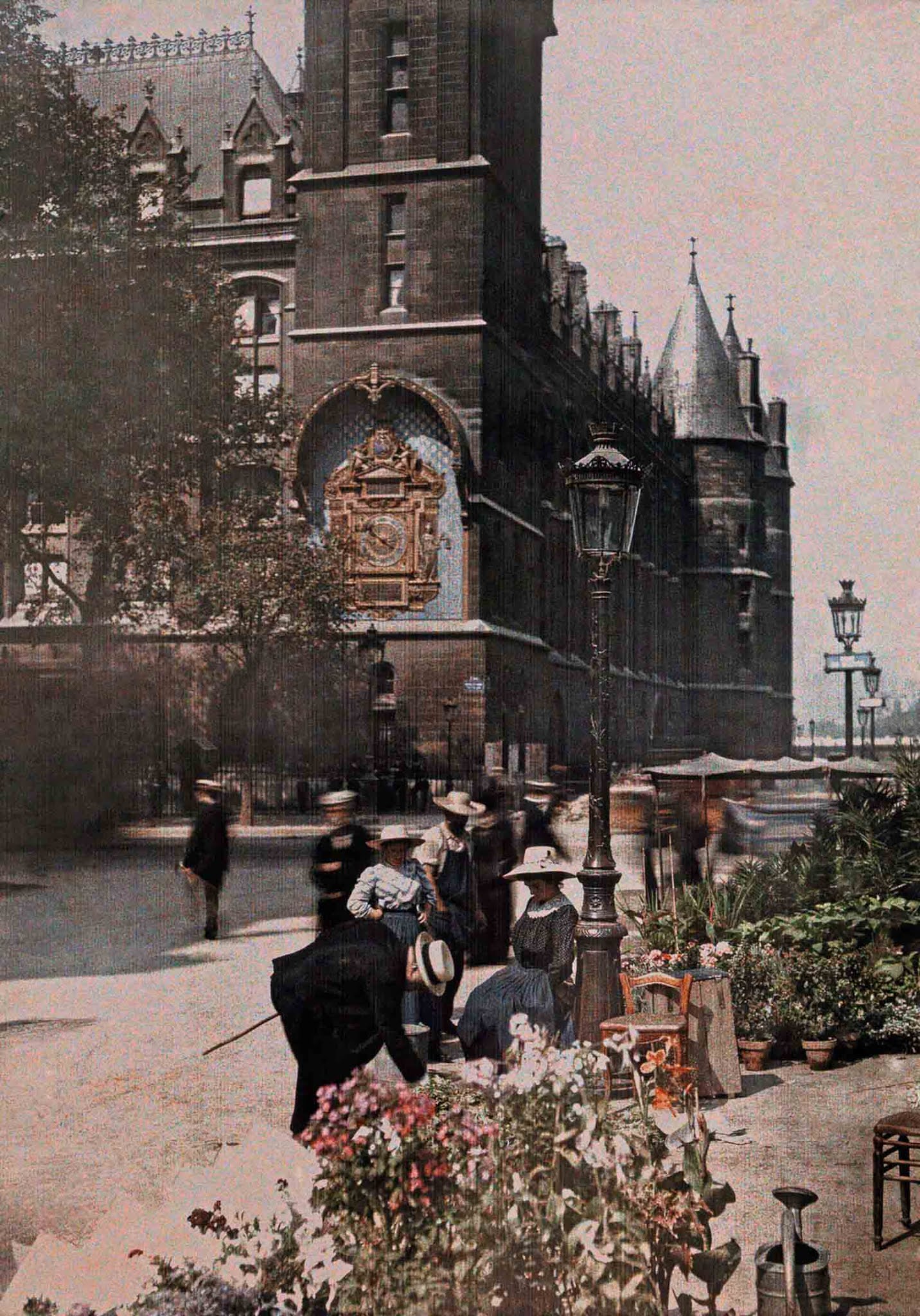 A flower market near the Chatelet. 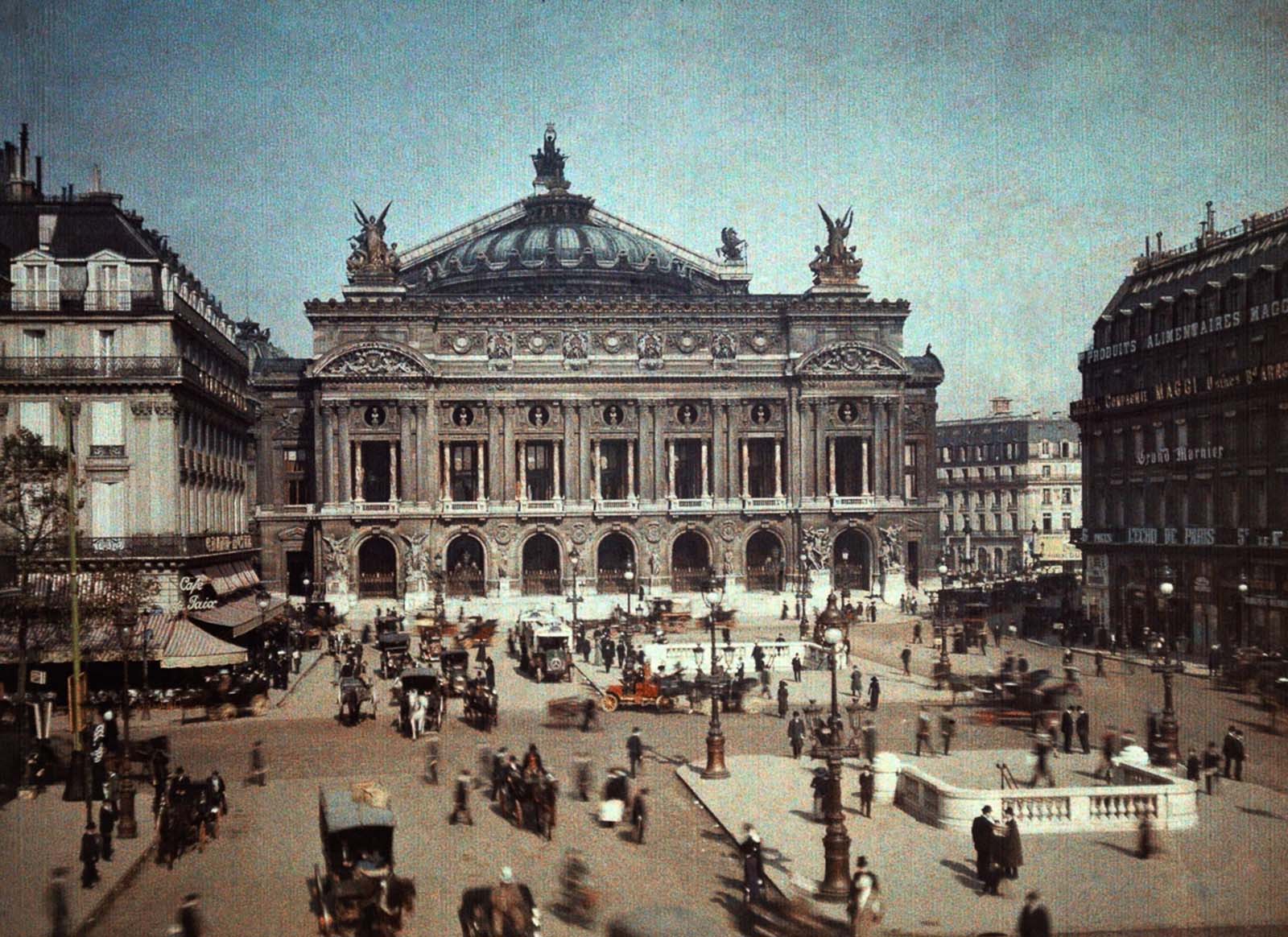 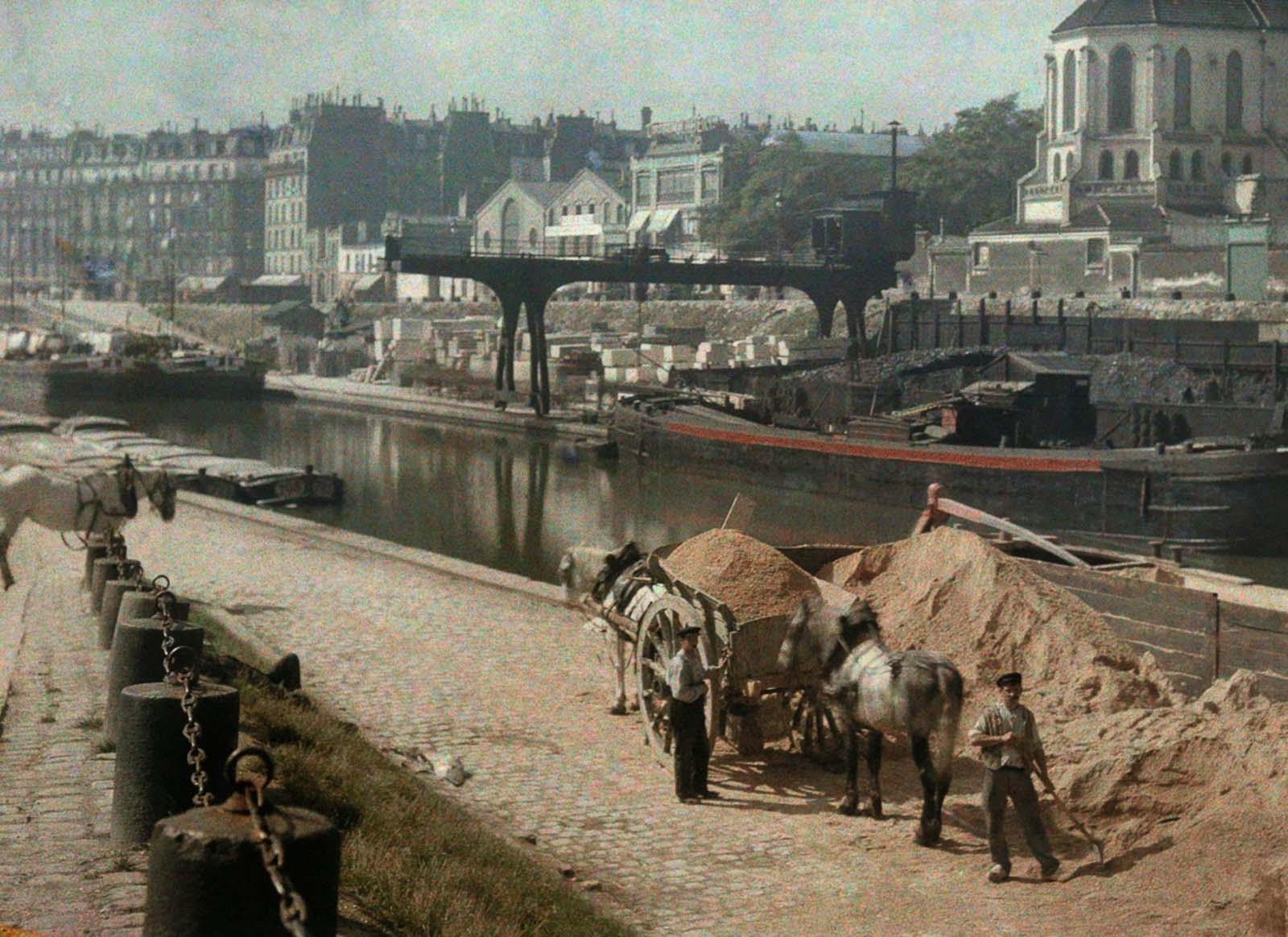 Horses and workers on a riverbank. 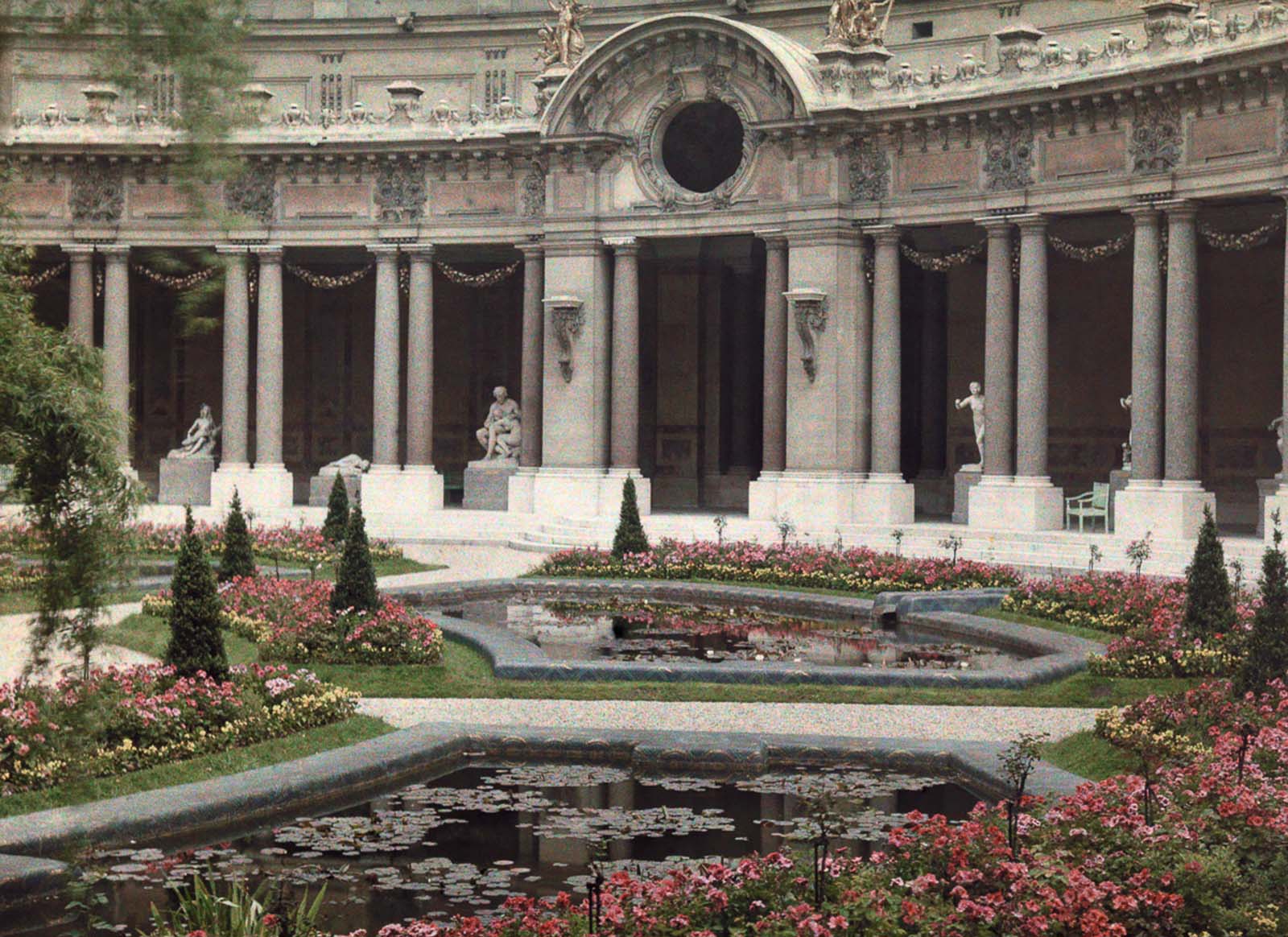 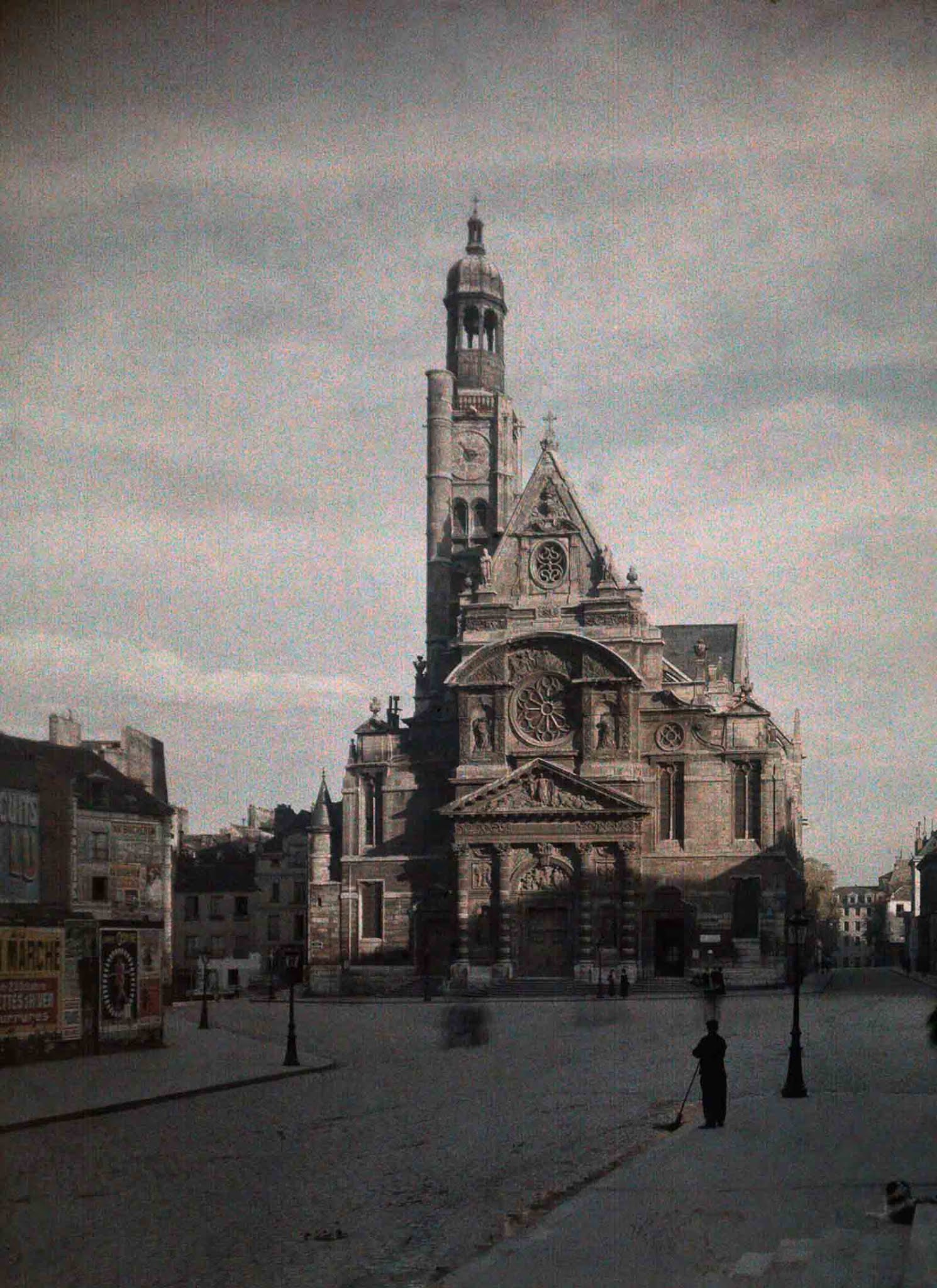 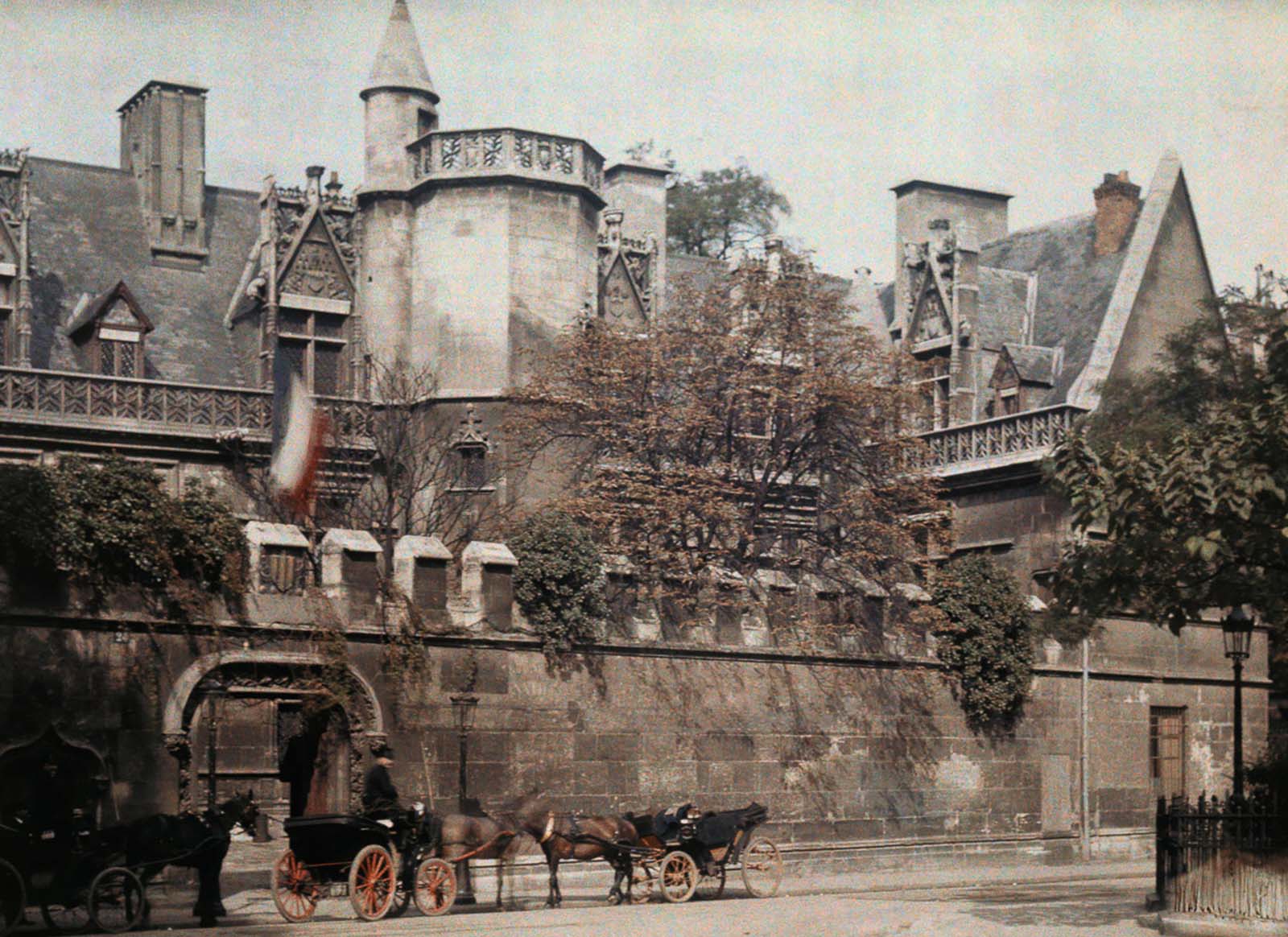 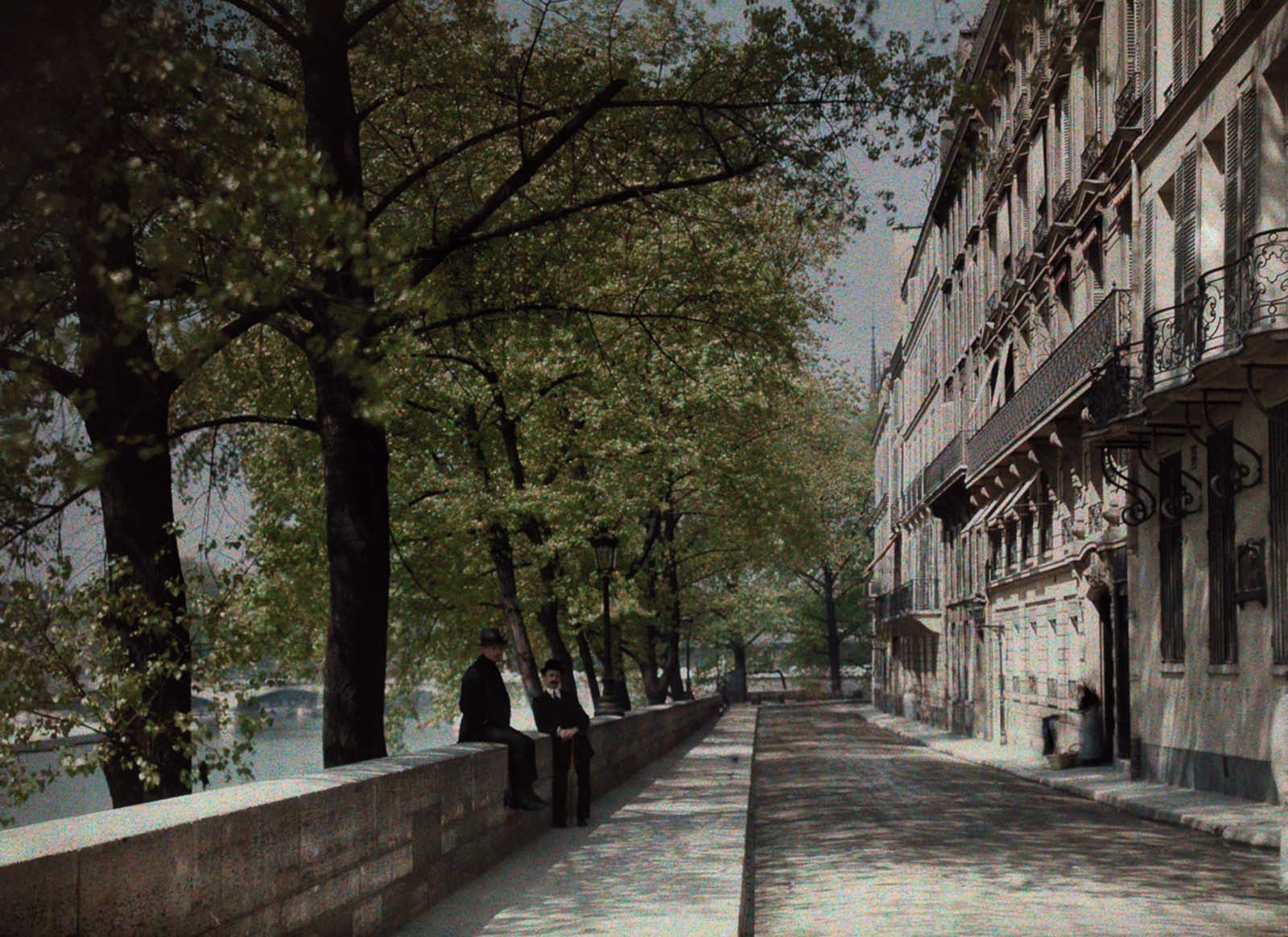 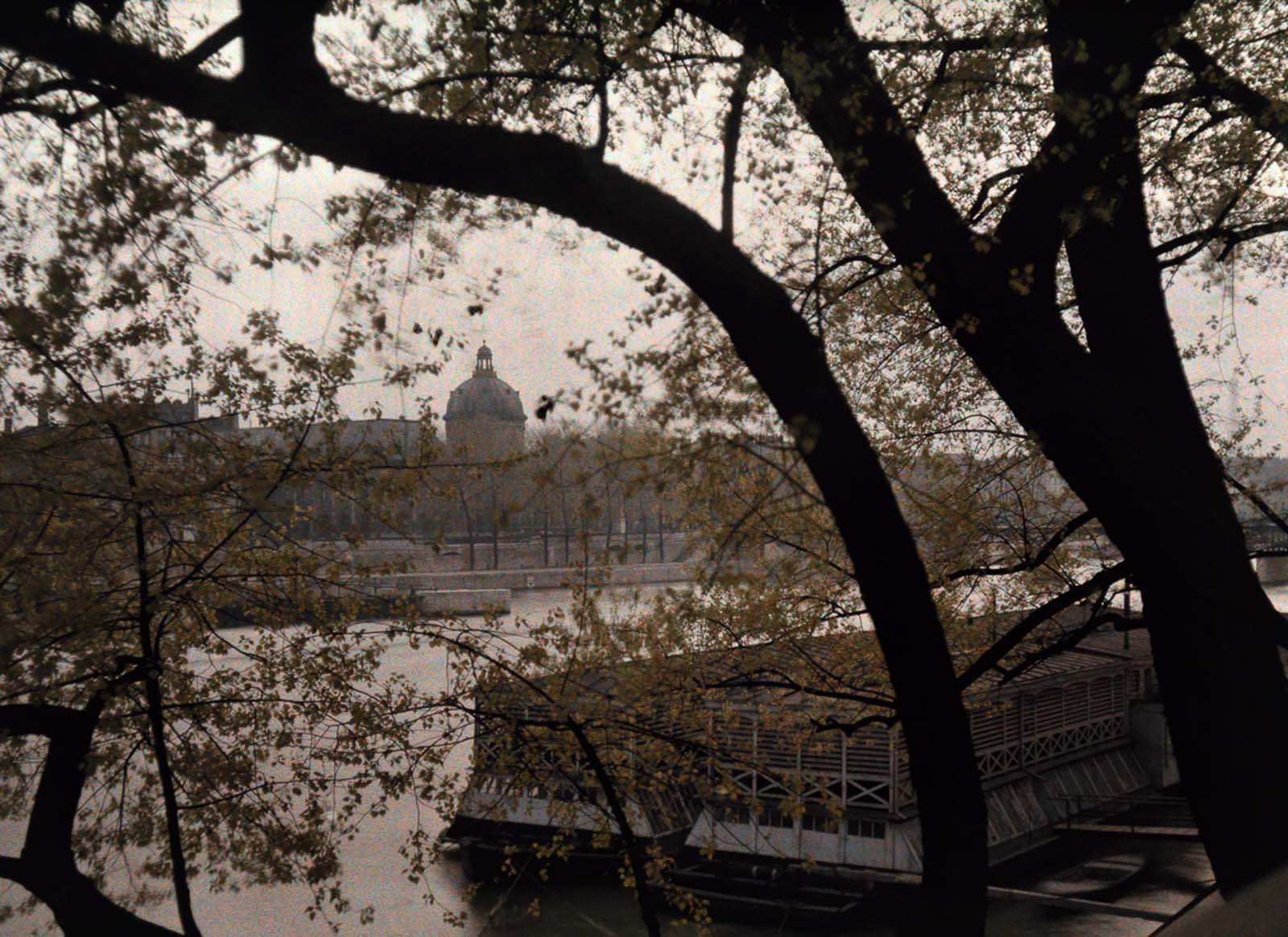 A view through trees across the Seine. 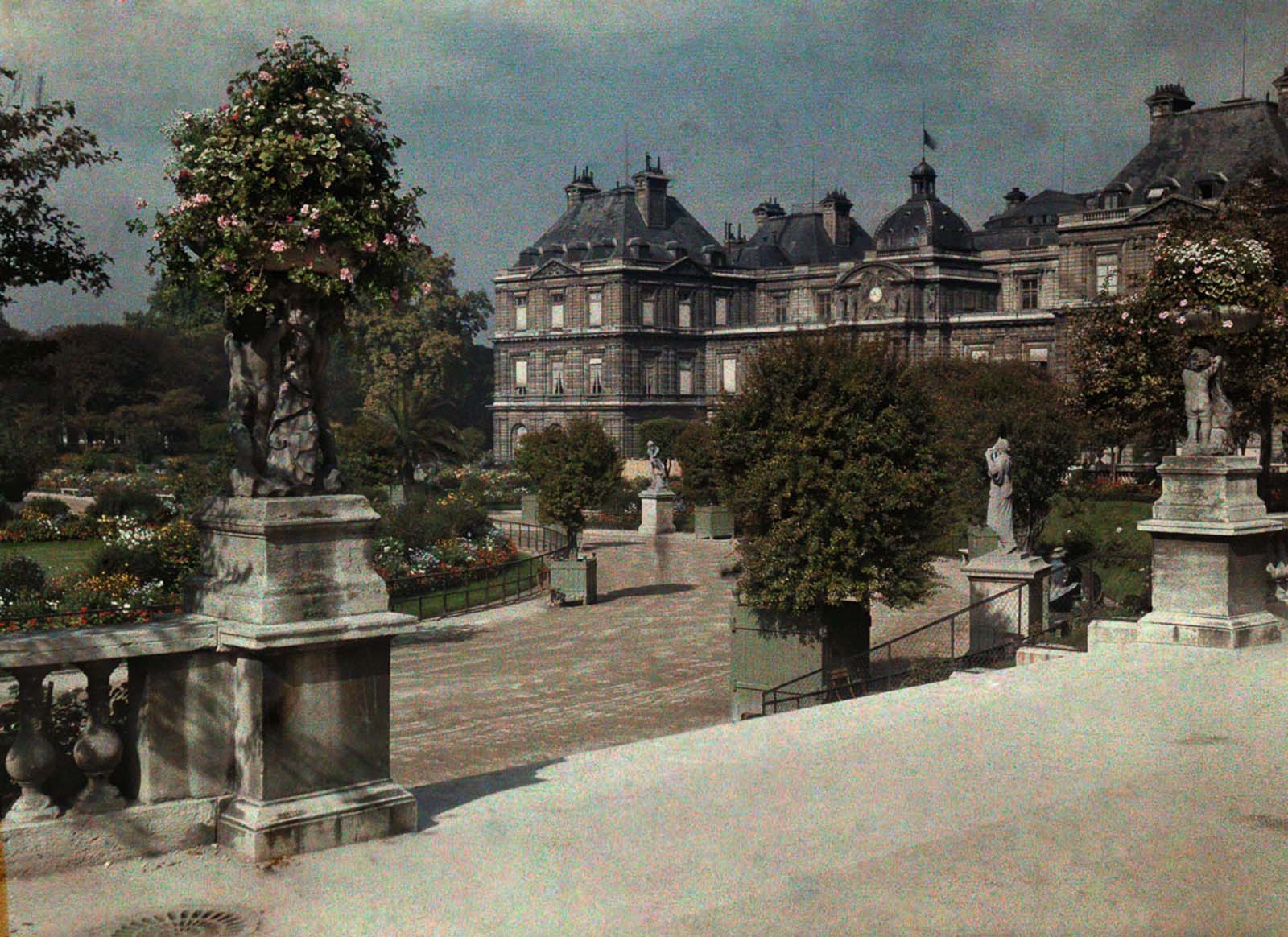 The gardens of the Senate building. 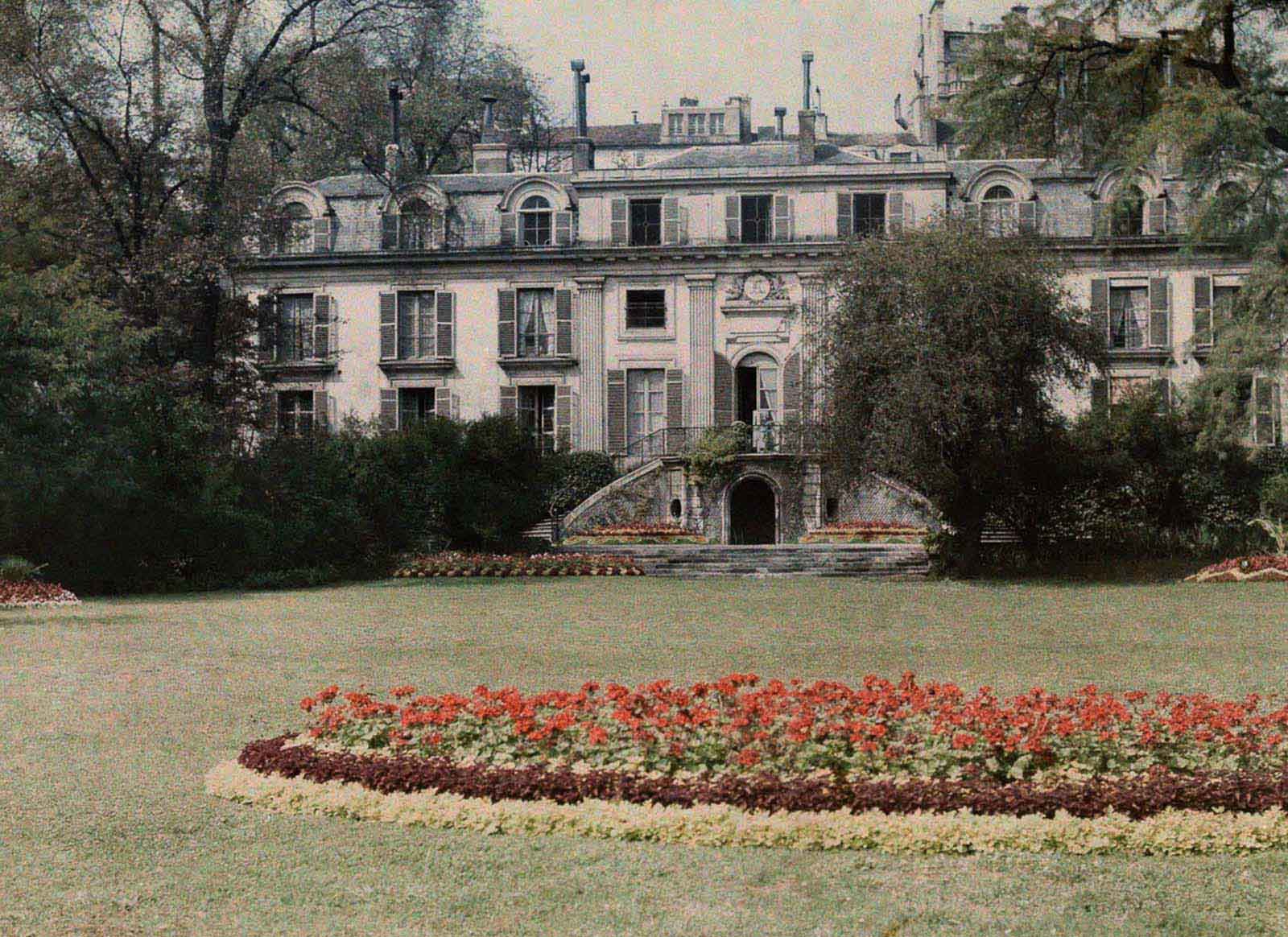 The hotel of Madame de Lamballe, a friend of Marie-Antoinette. 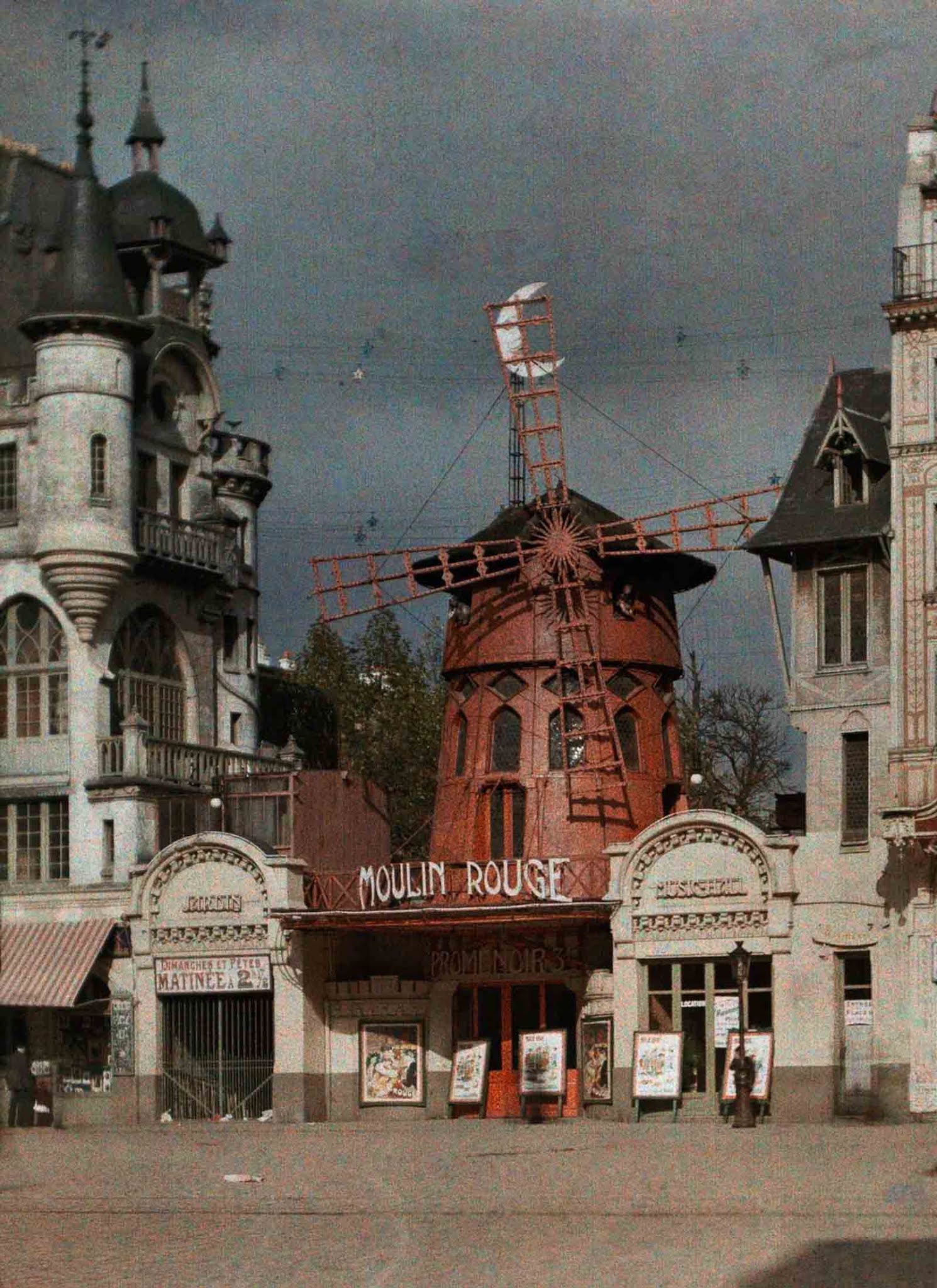 The Moulin Rouge nightclub at Montmarte. 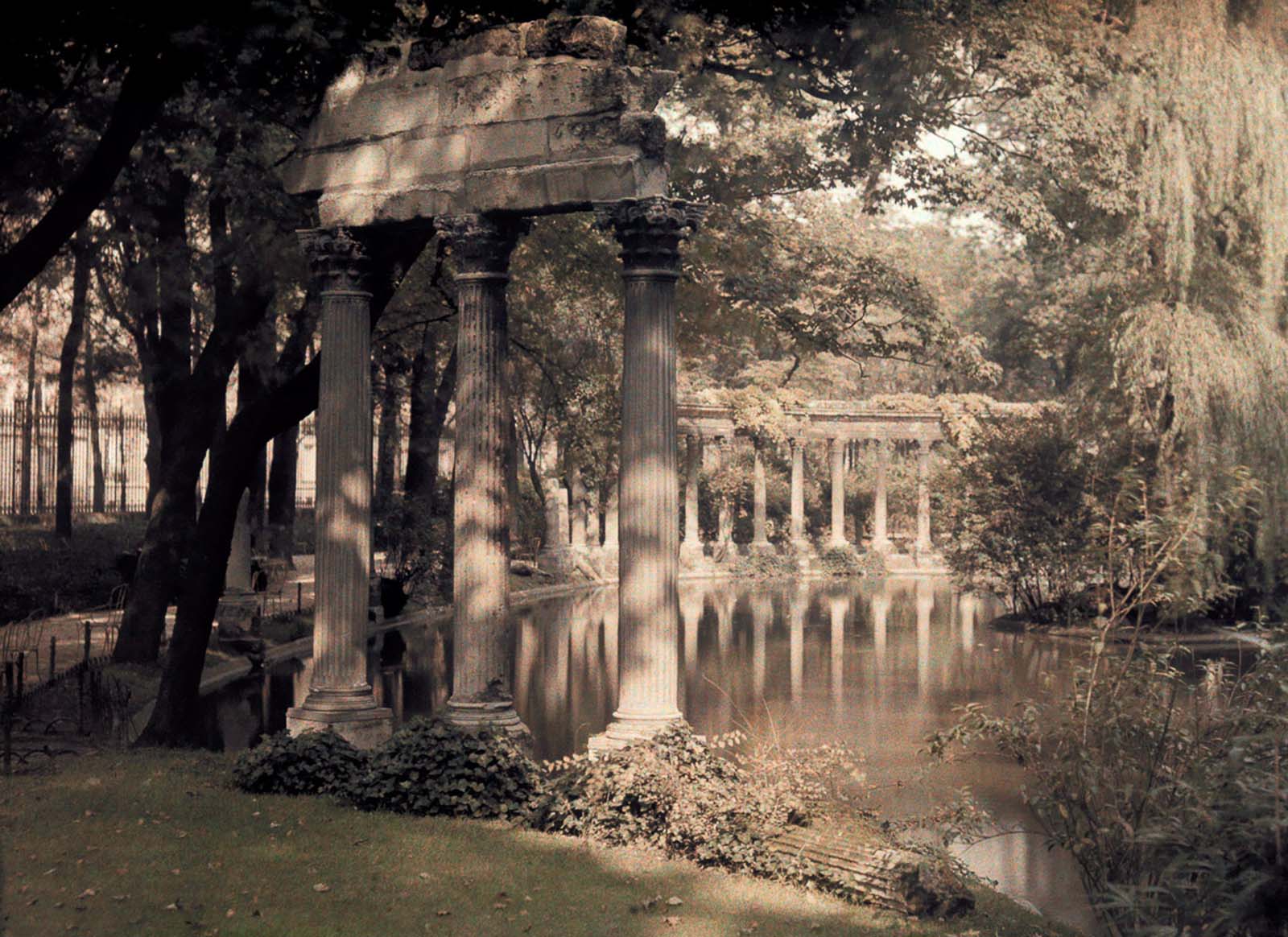 A colonnade and lake in a garden. 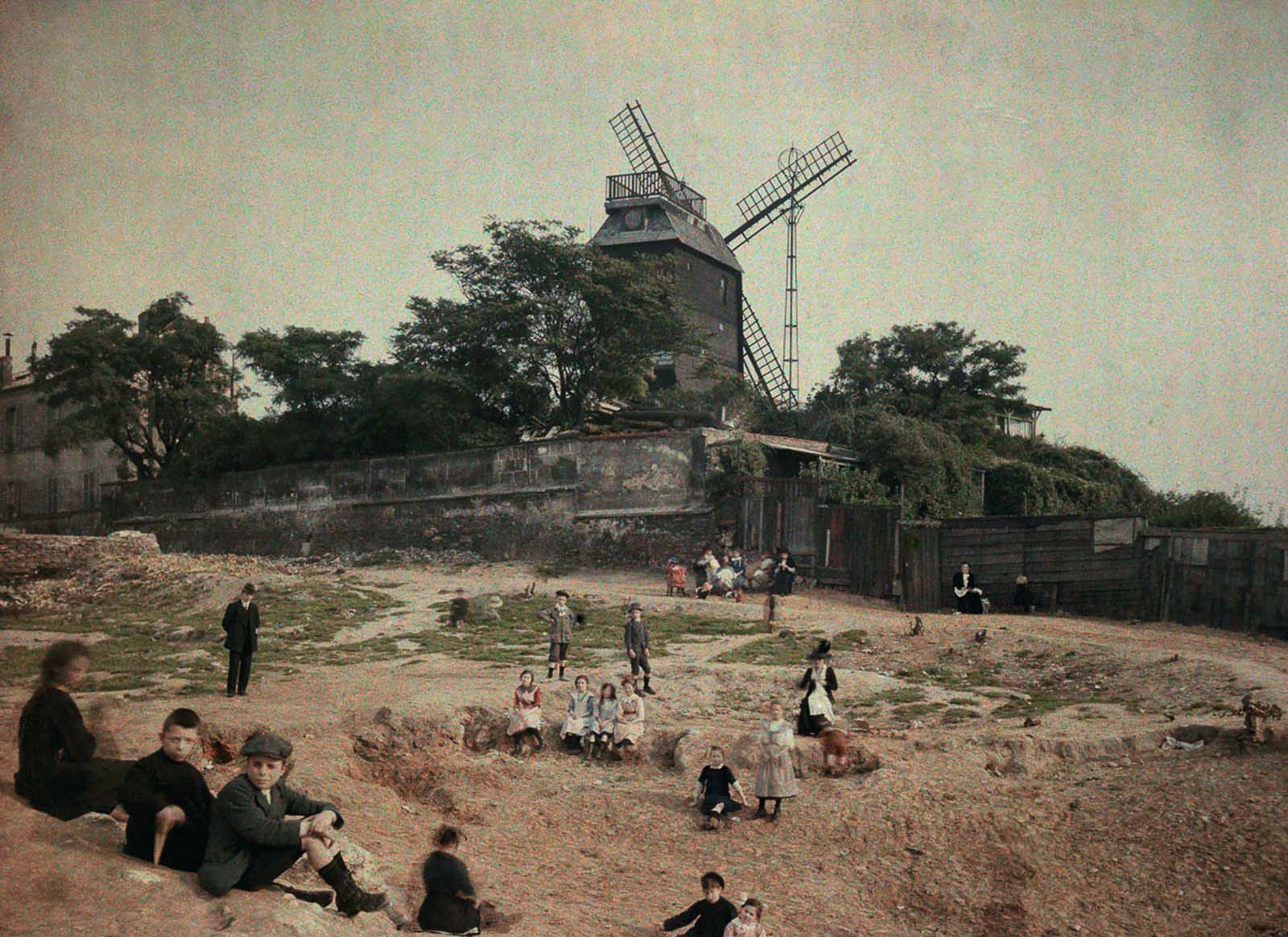 The Moulin de la Galette, or Mill of the Cake, at Montmartre. 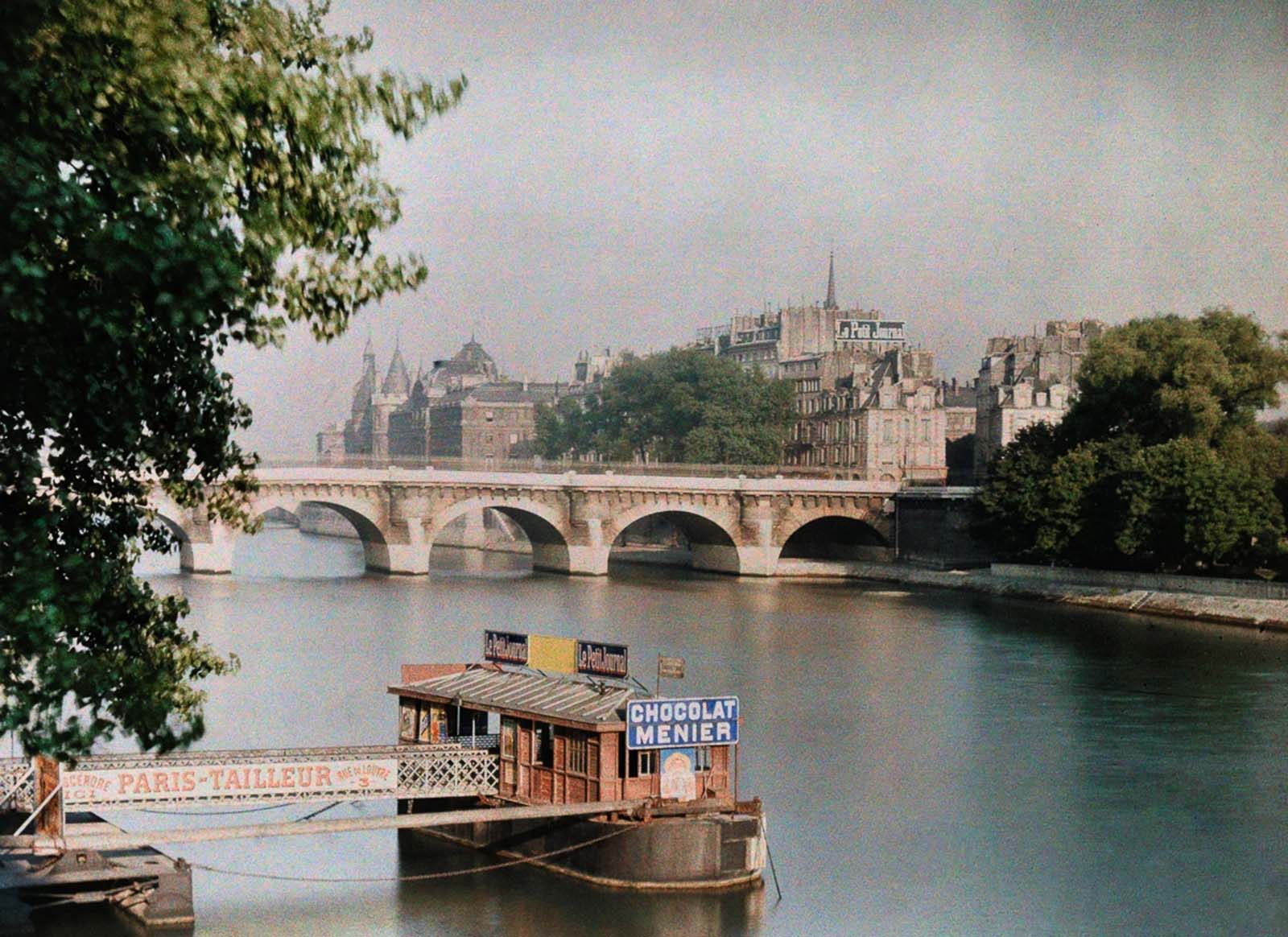 A view across the Seine. 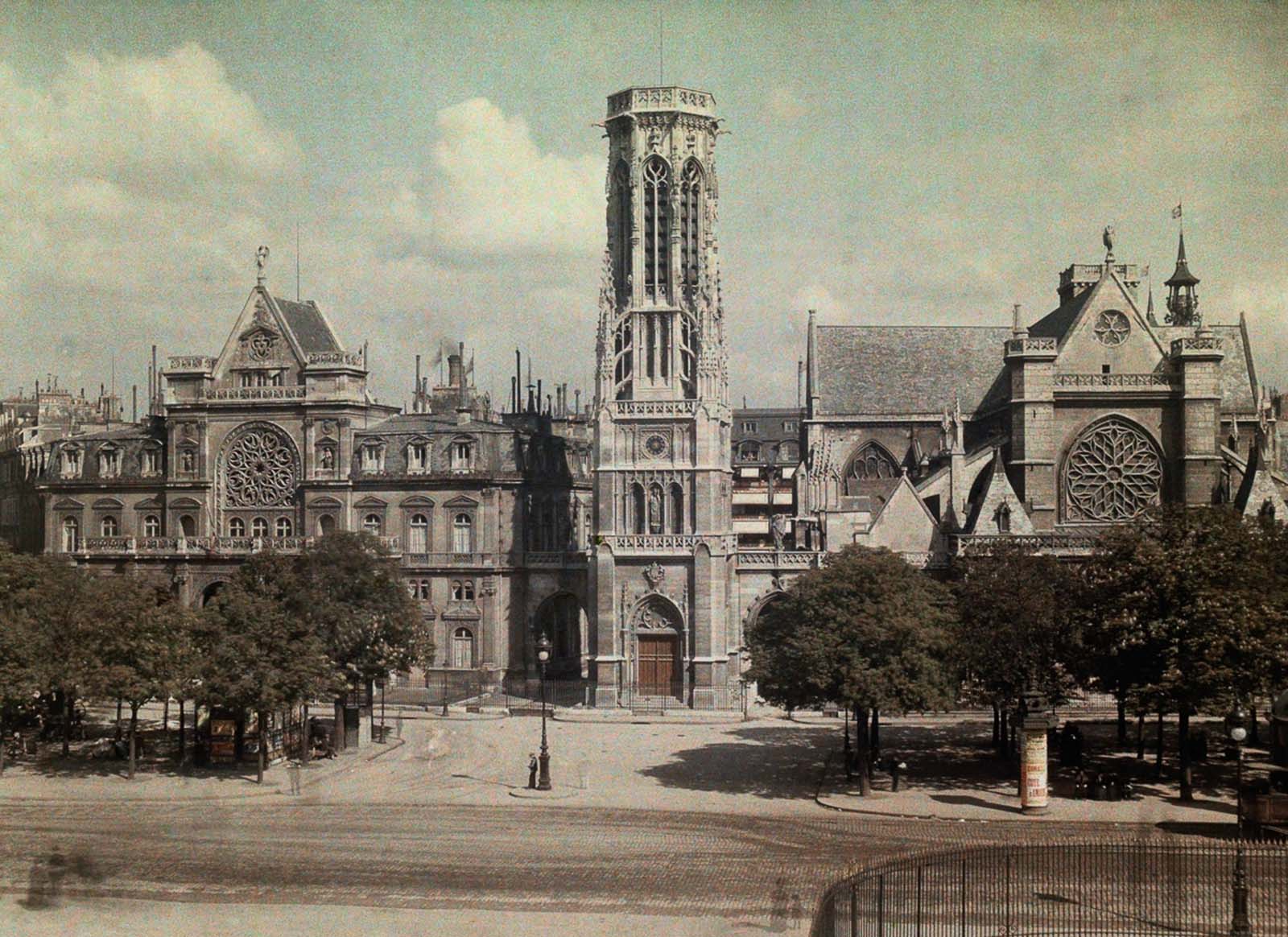 The church of Saint Germaine l’Auxerrois. 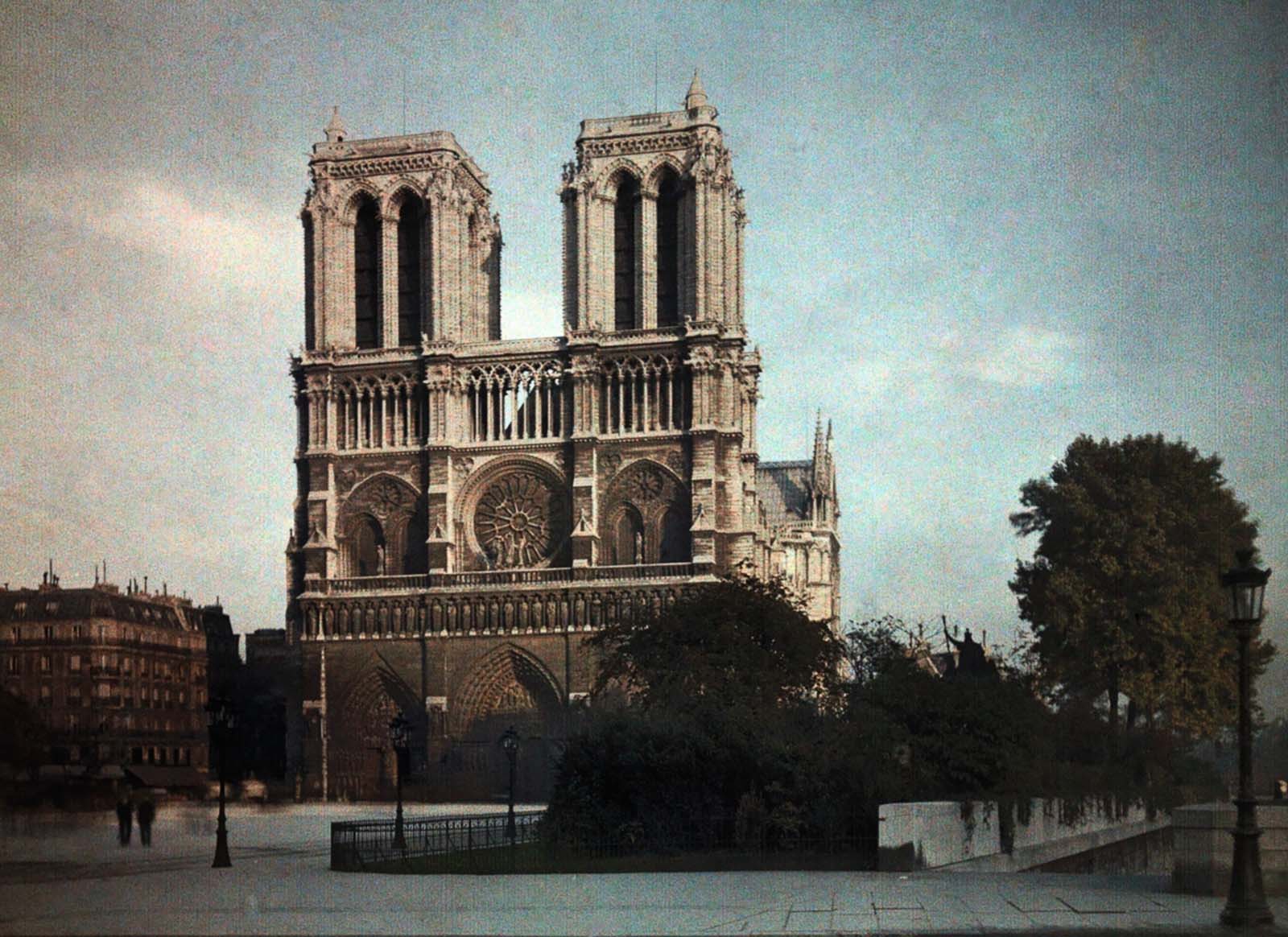 The cathedral of Notre Dame. 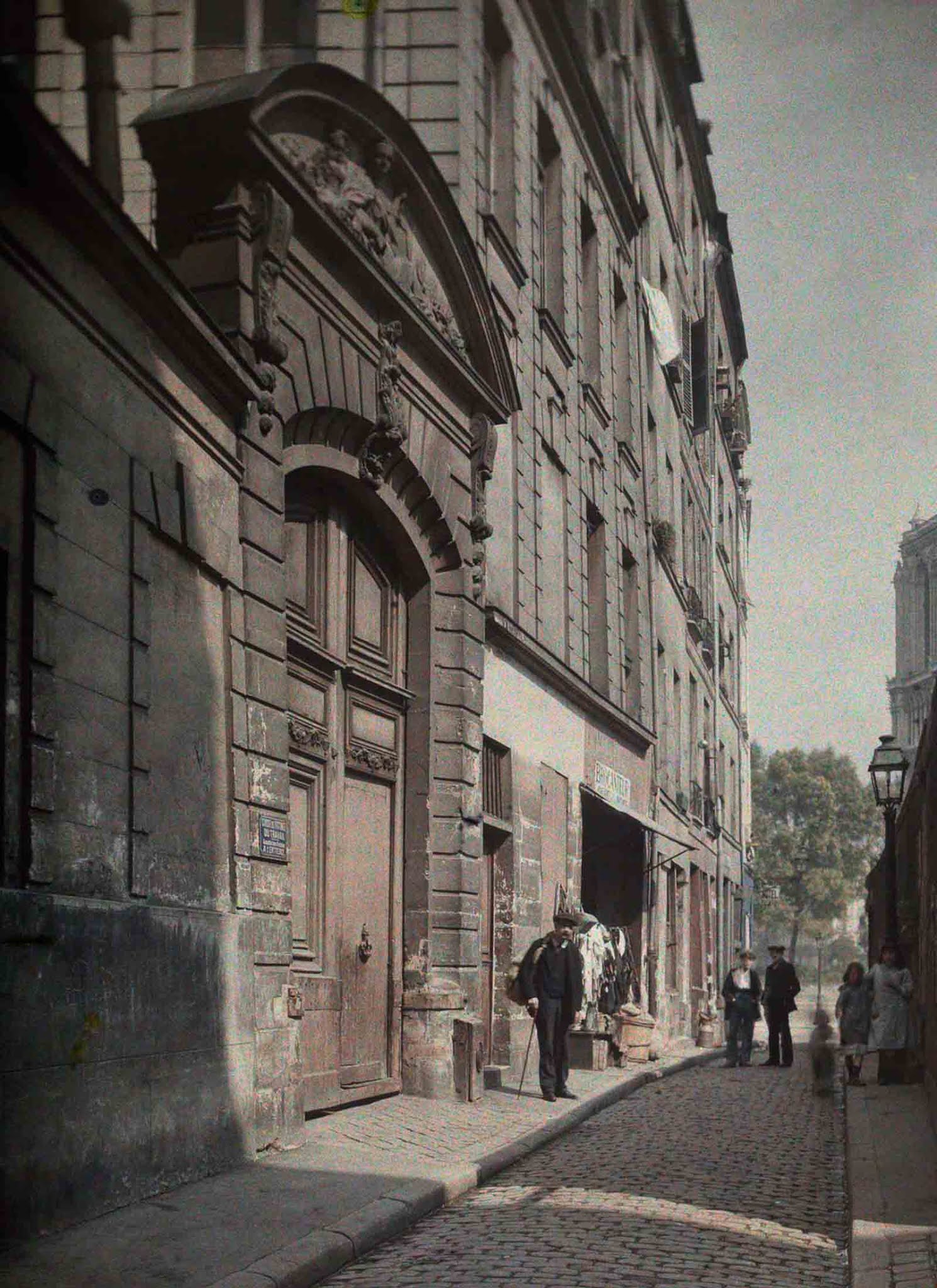 The street of Saint Julian the Poor in old Paris. 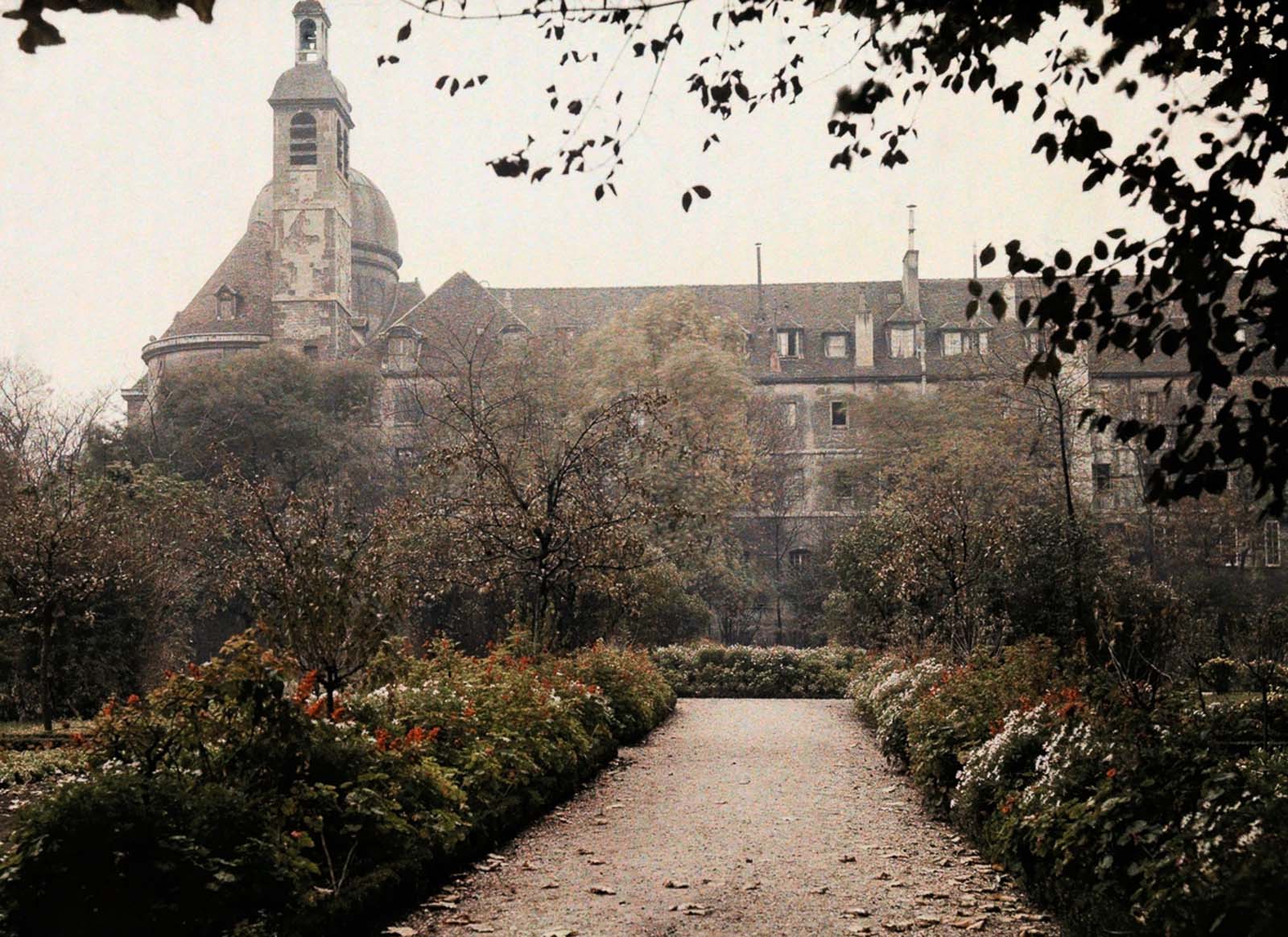 A pathway in the gardens of a large estate. 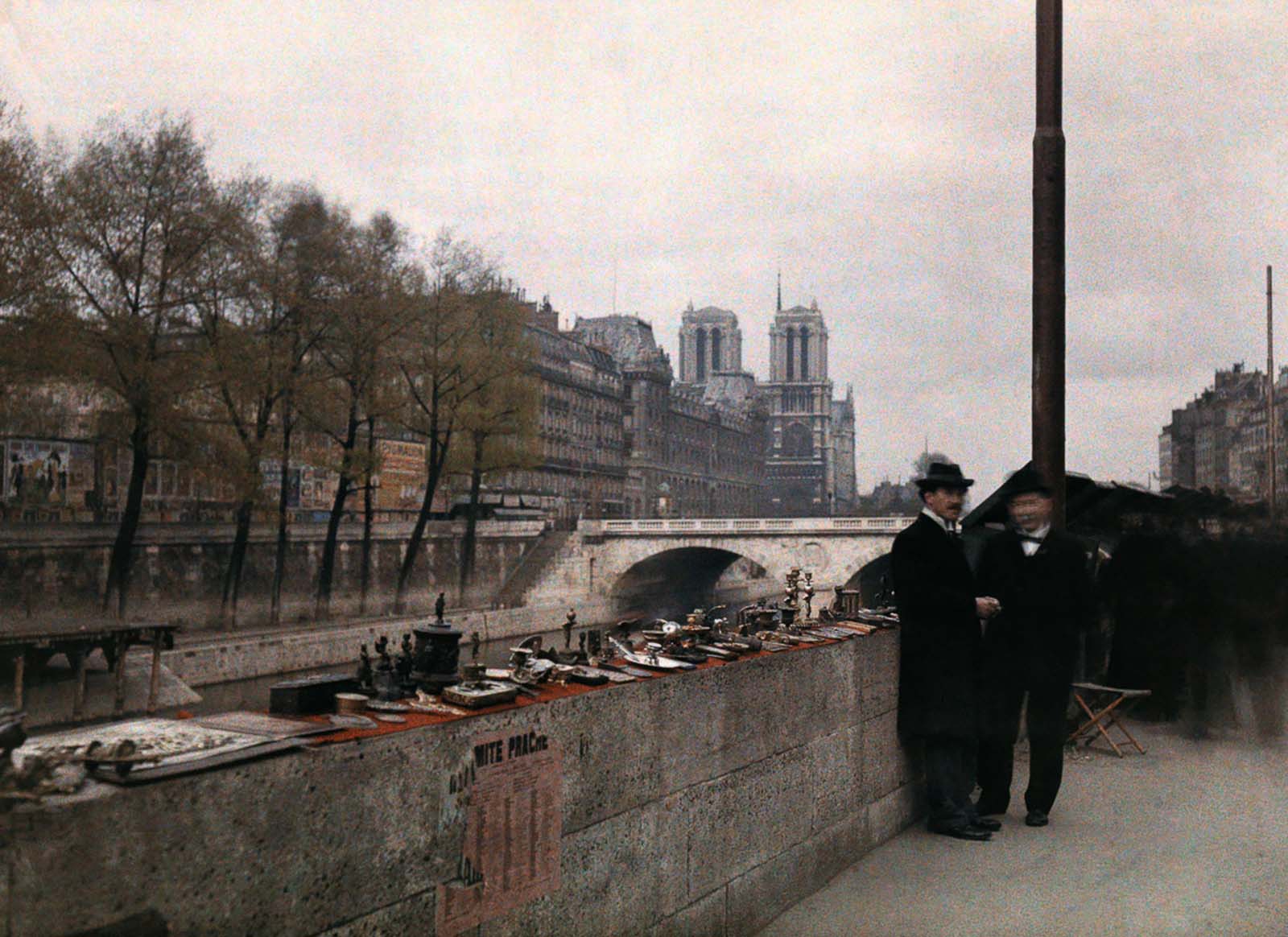 Men stand beside crafts for sale near the cathedral of Notre Dame. 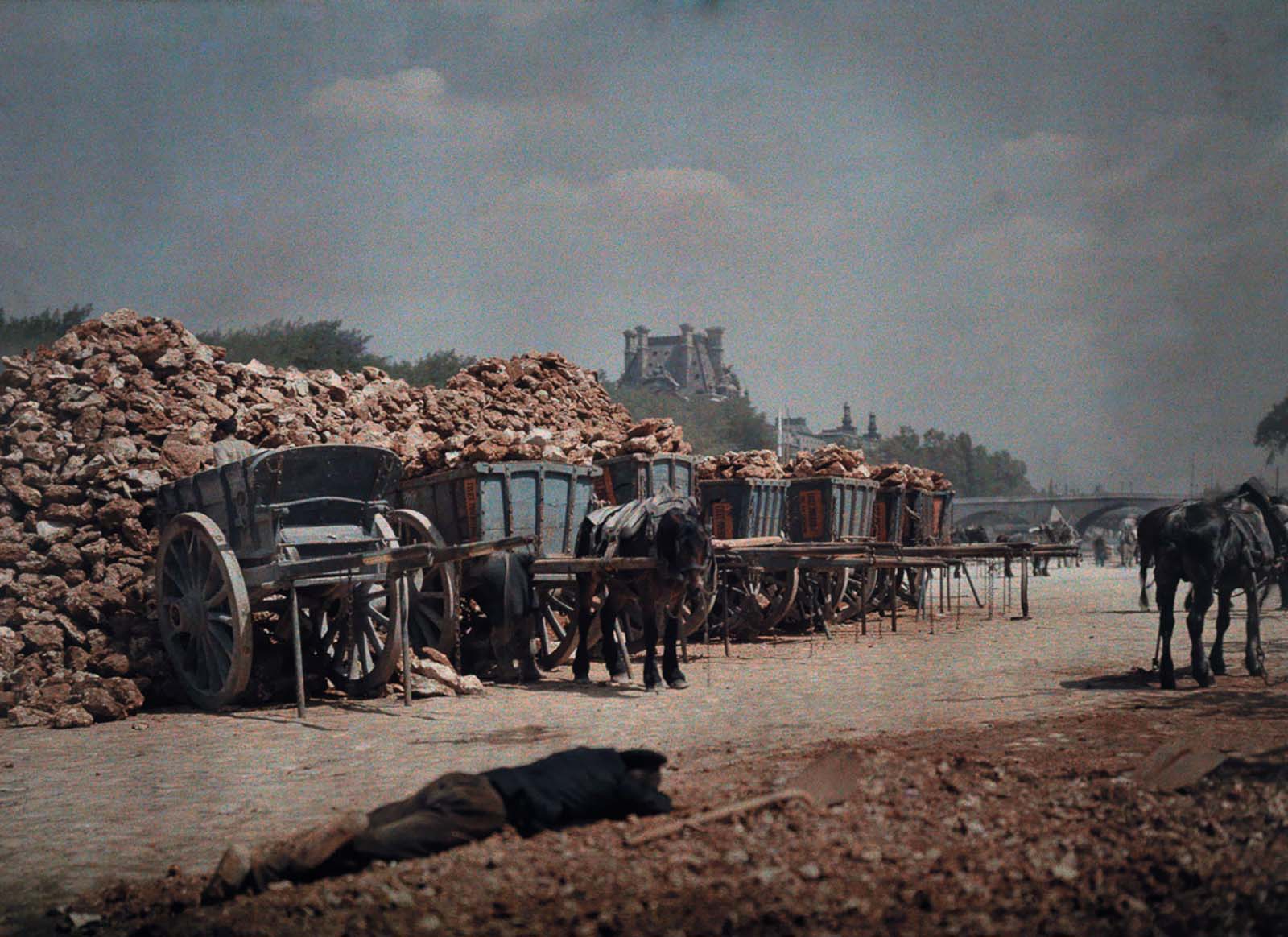 A worker naps next to carts of rubble. 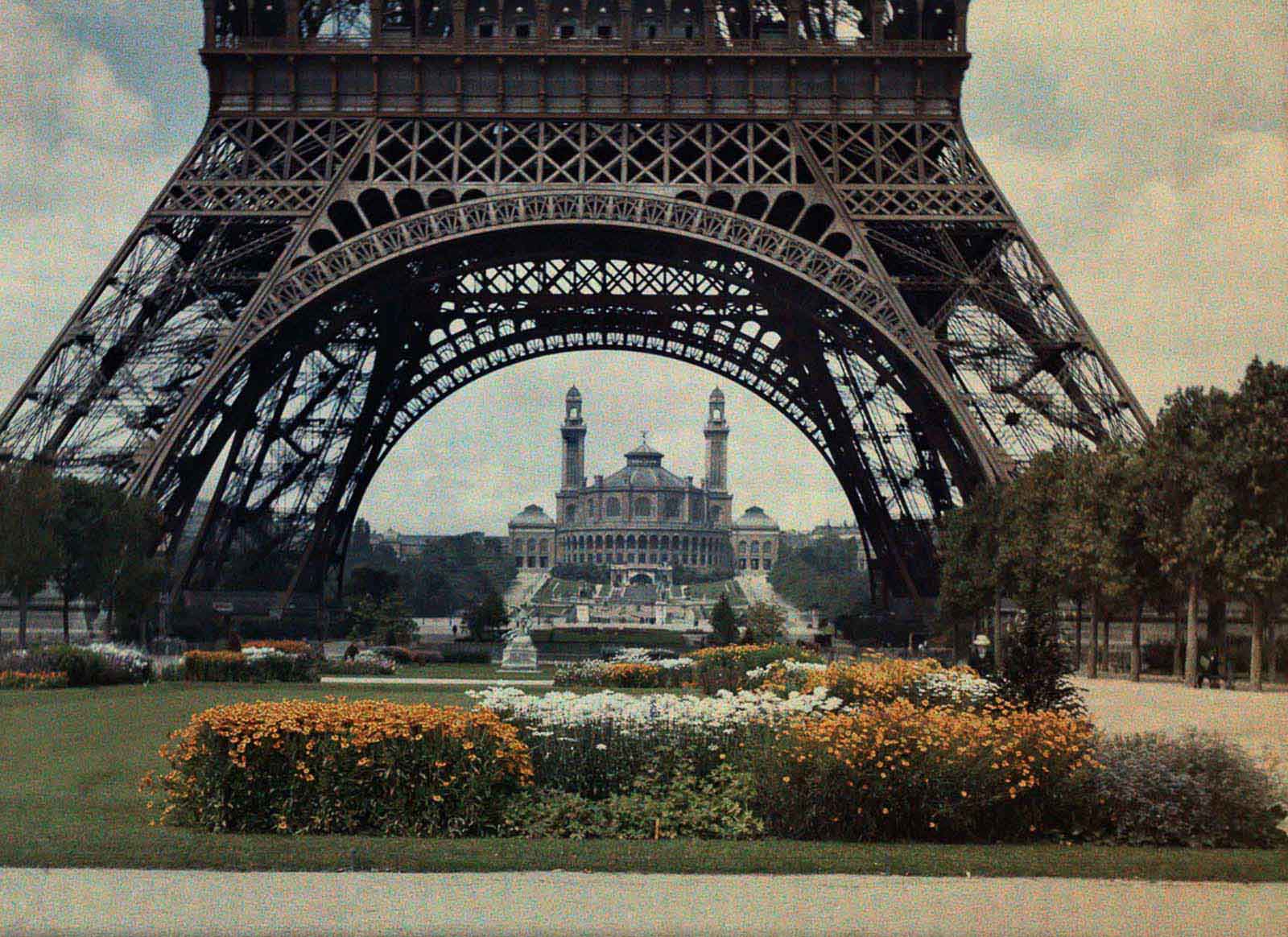 The Trocadero gardens and the Eiffel Tower. 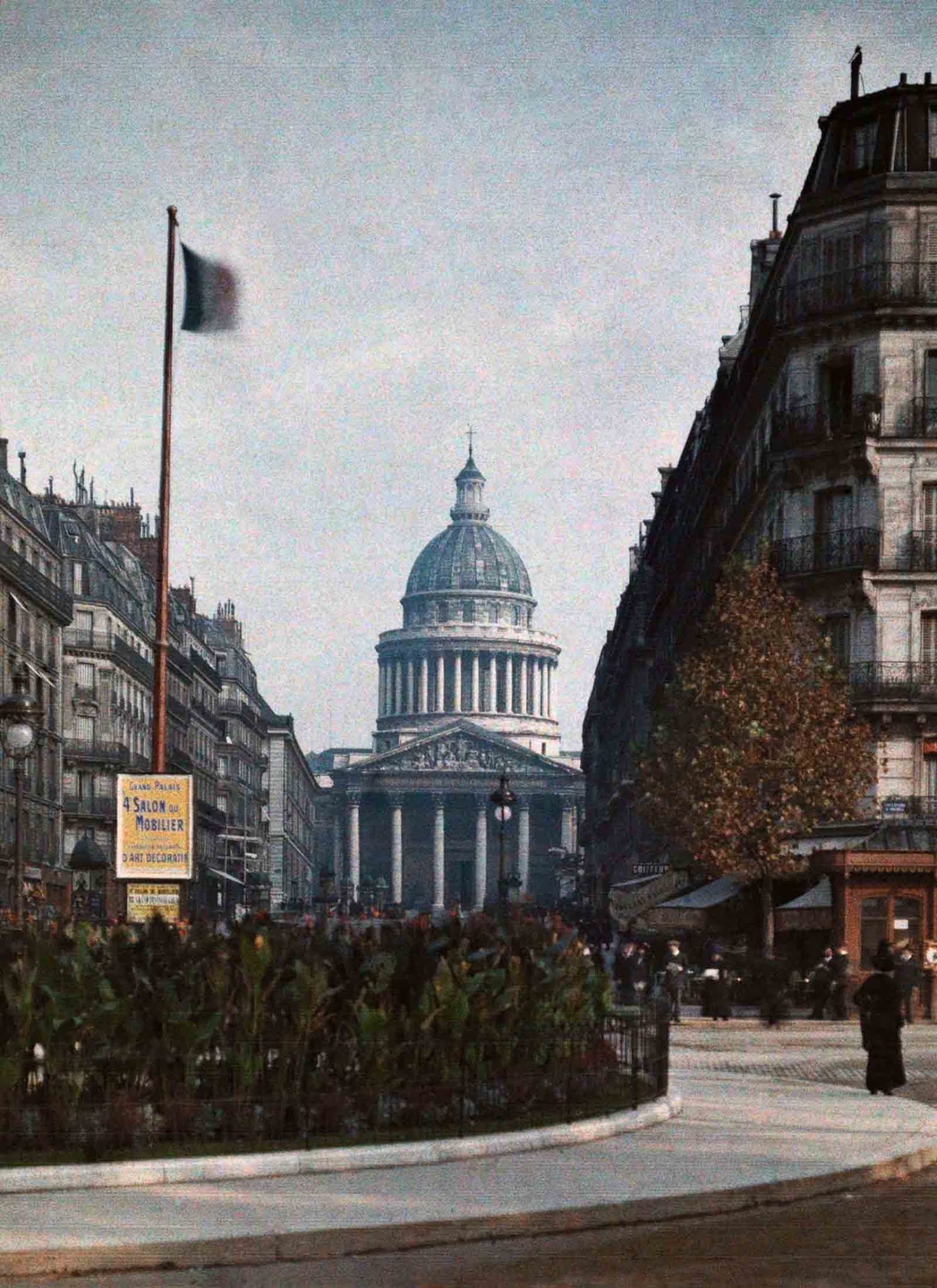 A view down the street to the Panthéon. 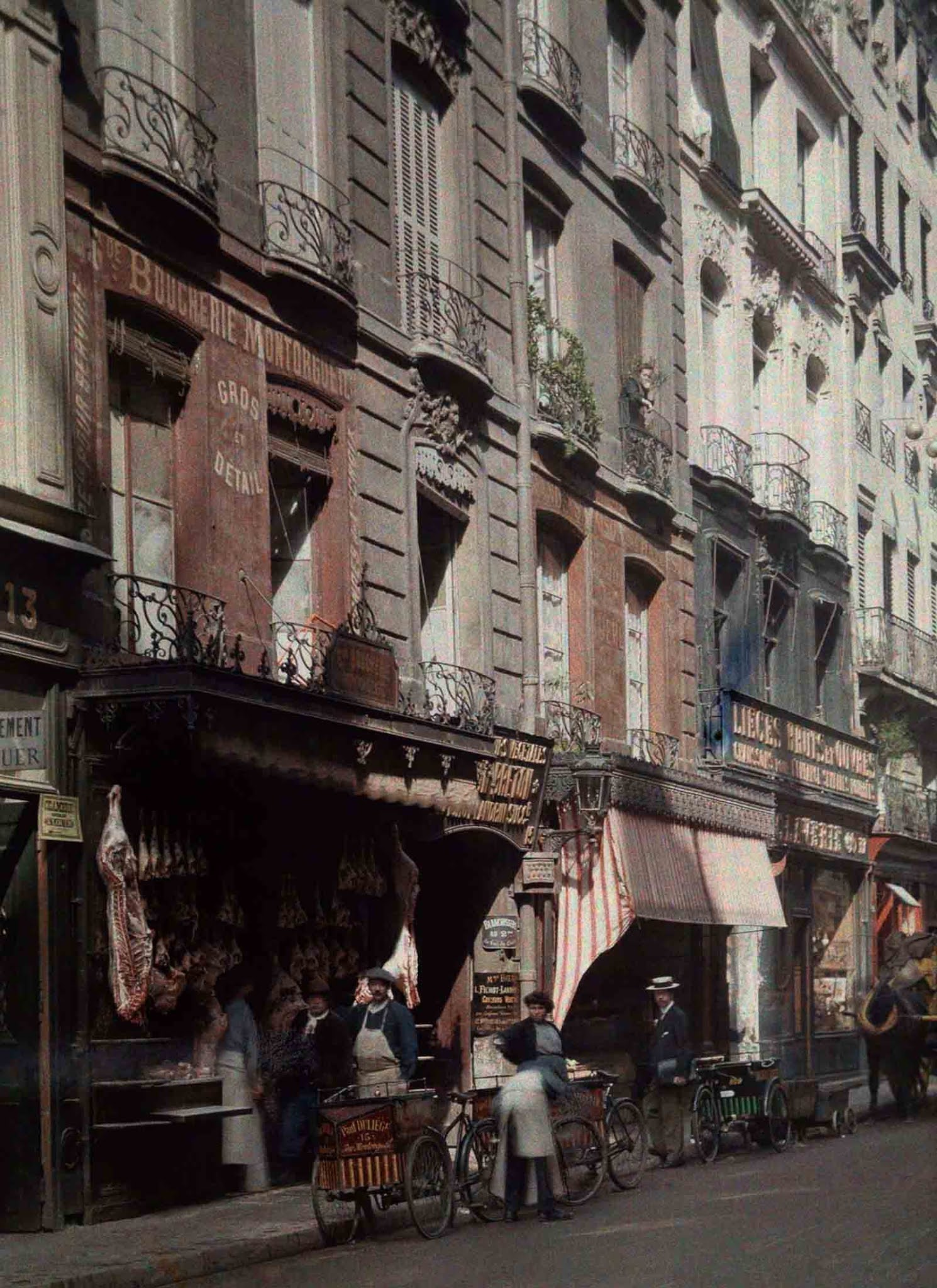 A street scene outside a butcher’s shop. 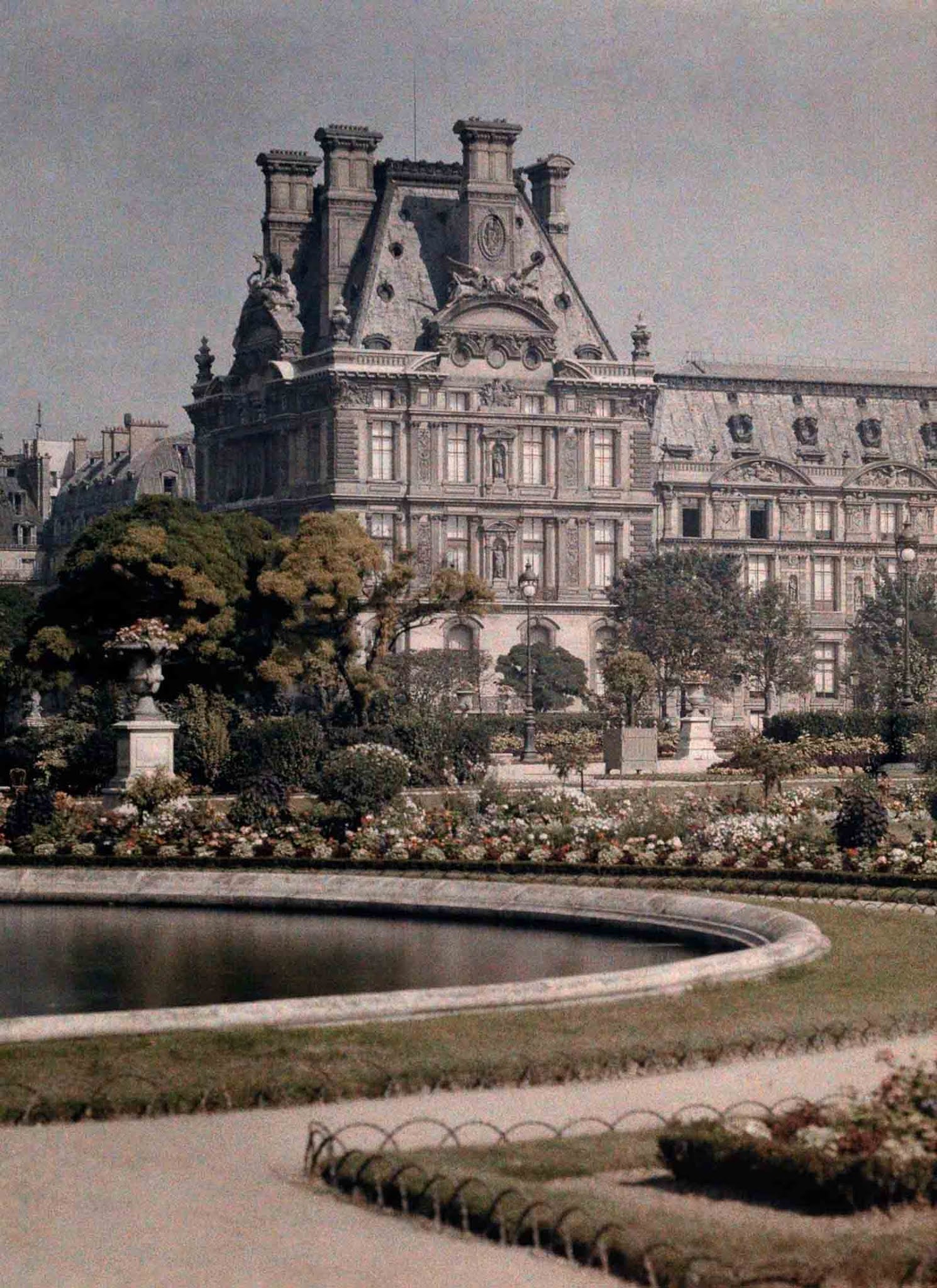 The Museum of the Decorative Arts in the Tuileries. 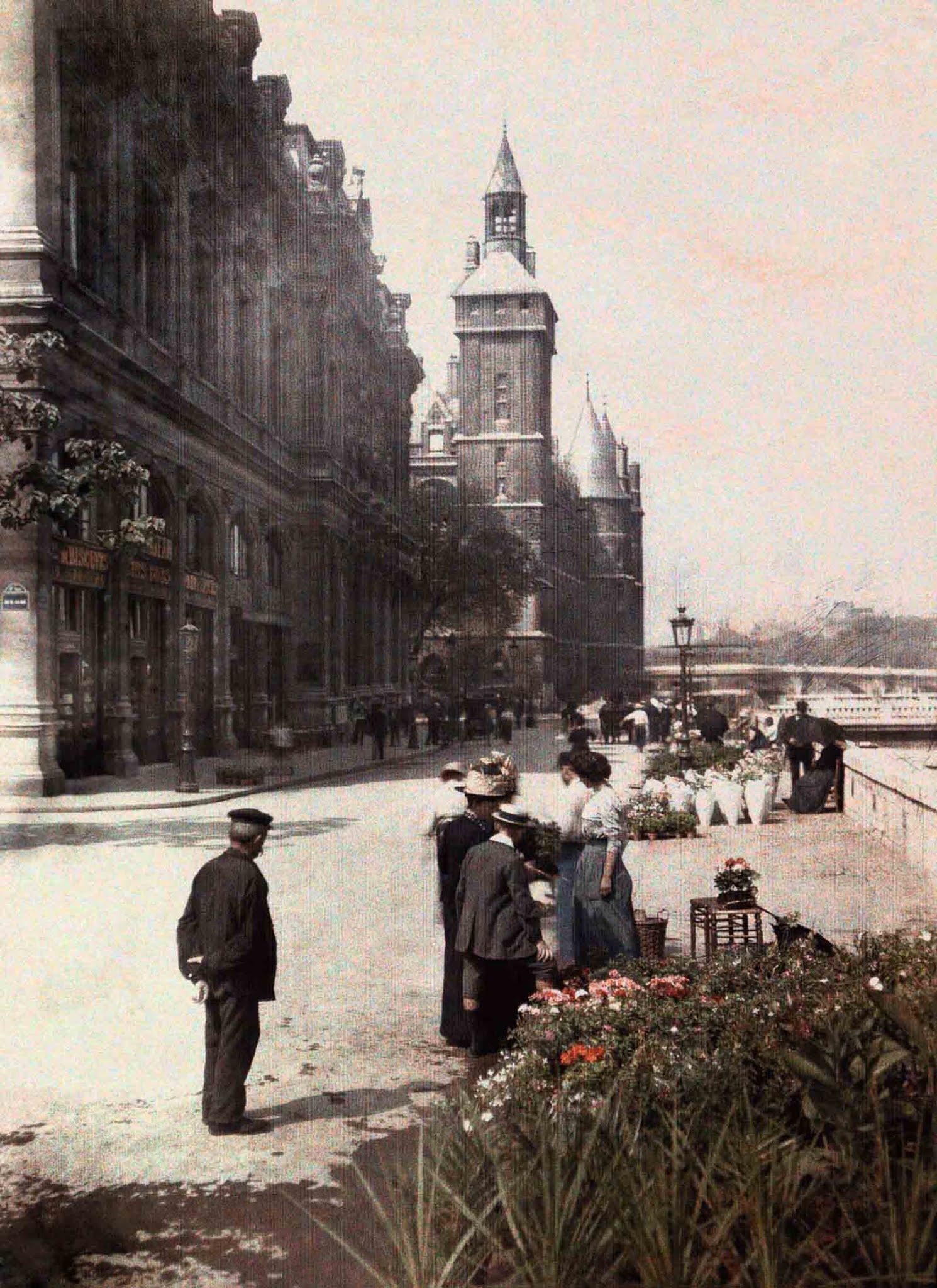 The flower market on the Quai aux Flaers. 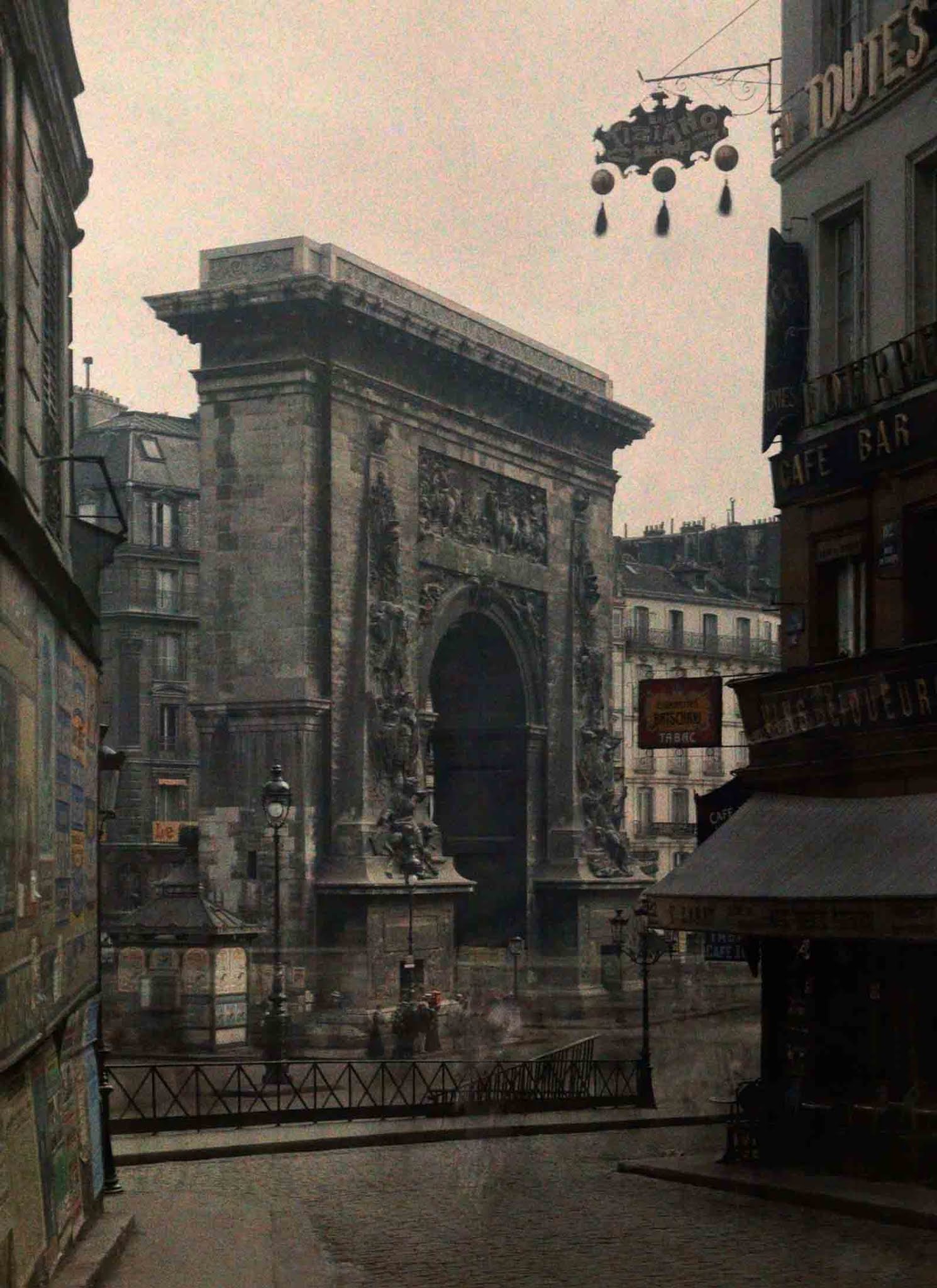 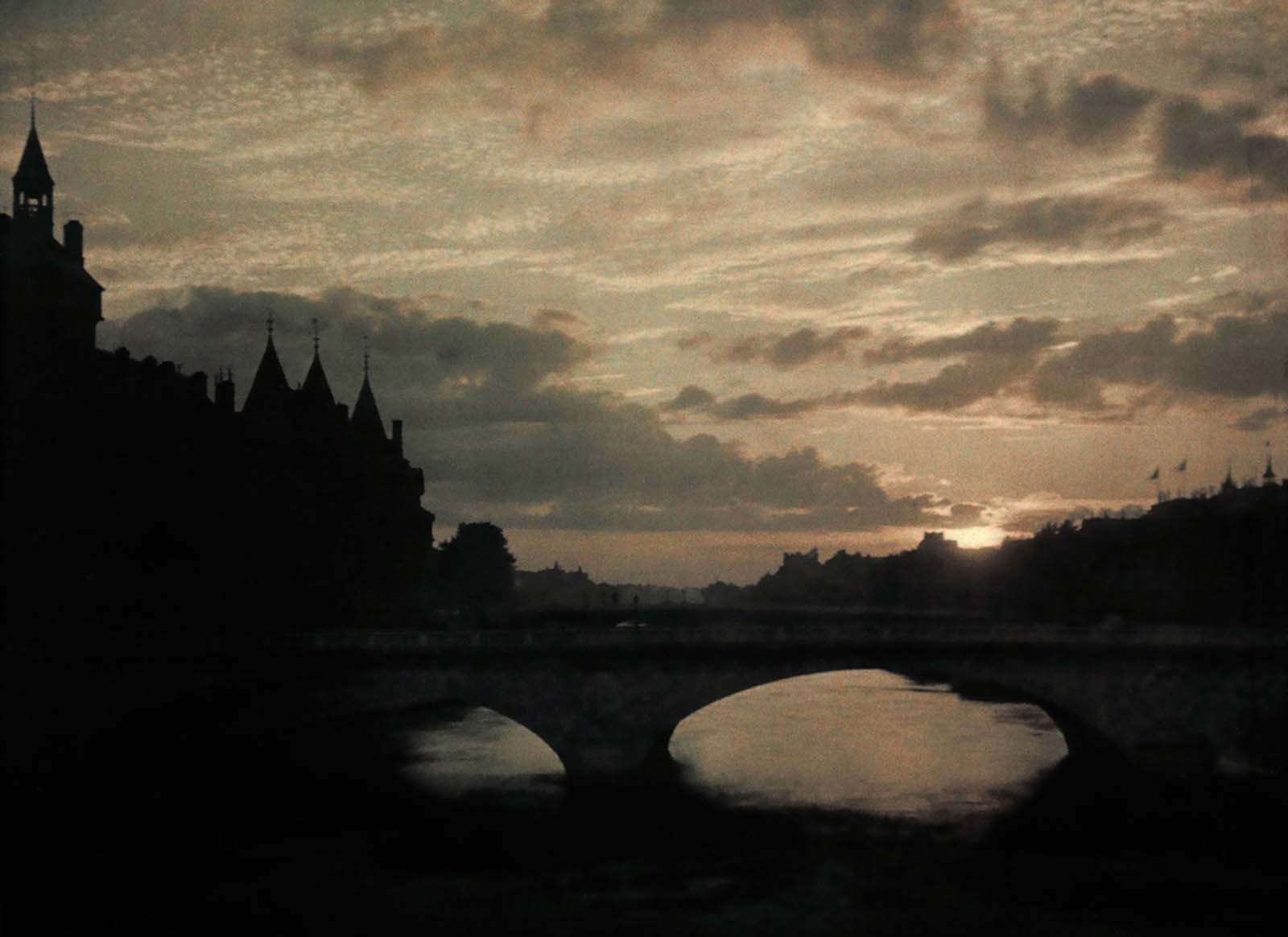 Twilight on the Seine.