General Anton Dostler was a general of the infantry in the regular German Army during World War II. In the first Allied war trial after the war, Dostler was found guilty of war crimes and executed by firing squad.

He ordered and oversaw the unlawful execution of fifteen captured U.S. soldiers. The soldiers were sent behind the German lines with orders to demolish a tunnel that was being used by the German army as a supply route to the front lines.

They were captured and upon learning of their mission, Dostler ordered their execution without trial. The U.S. soldiers were wearing proper military uniforms and carried no civilian or enemy clothing and were in compliance with Hague Convention to be considered non-combatants after their surrender.

Under the 1907 Hague Convention on Land Warfare, it was legal to execute “spies and saboteurs” disguised in civilian clothes or enemy uniforms but excluded those who were captured in proper uniforms.

Since fifteen U.S. soldiers were properly dressed in U.S. uniforms behind enemy lines and not disguised in civilian clothes or enemy uniforms, they were not to be treated as spies but prisoners of war, which Dostler violated.

This order was an implementation of Hitler’s secret Commando Order of 1942, which required immediate execution without trial of commandos and saboteurs.

The original image from US Army Archives.

German officers at the 135th Fortress Brigade contacted Dostler in an attempt to achieve a delay of their execution. Dostler sent another telegram ordering Almers to carry out the execution.

Two last attempts were made by the officers at the 135th to stop the execution, including some by telephone because they knew that executing uniformed prisoners of war was a direct violation of the 1929 Geneva Convention on Prisoners of War.

These efforts were unsuccessful and the 15 Americans were executed on the morning of March 26, 1944, at Punta Bianca south of La Spezia, in the municipality of Ameglia. Their bodies were buried in a mass grave that was then camouflaged. 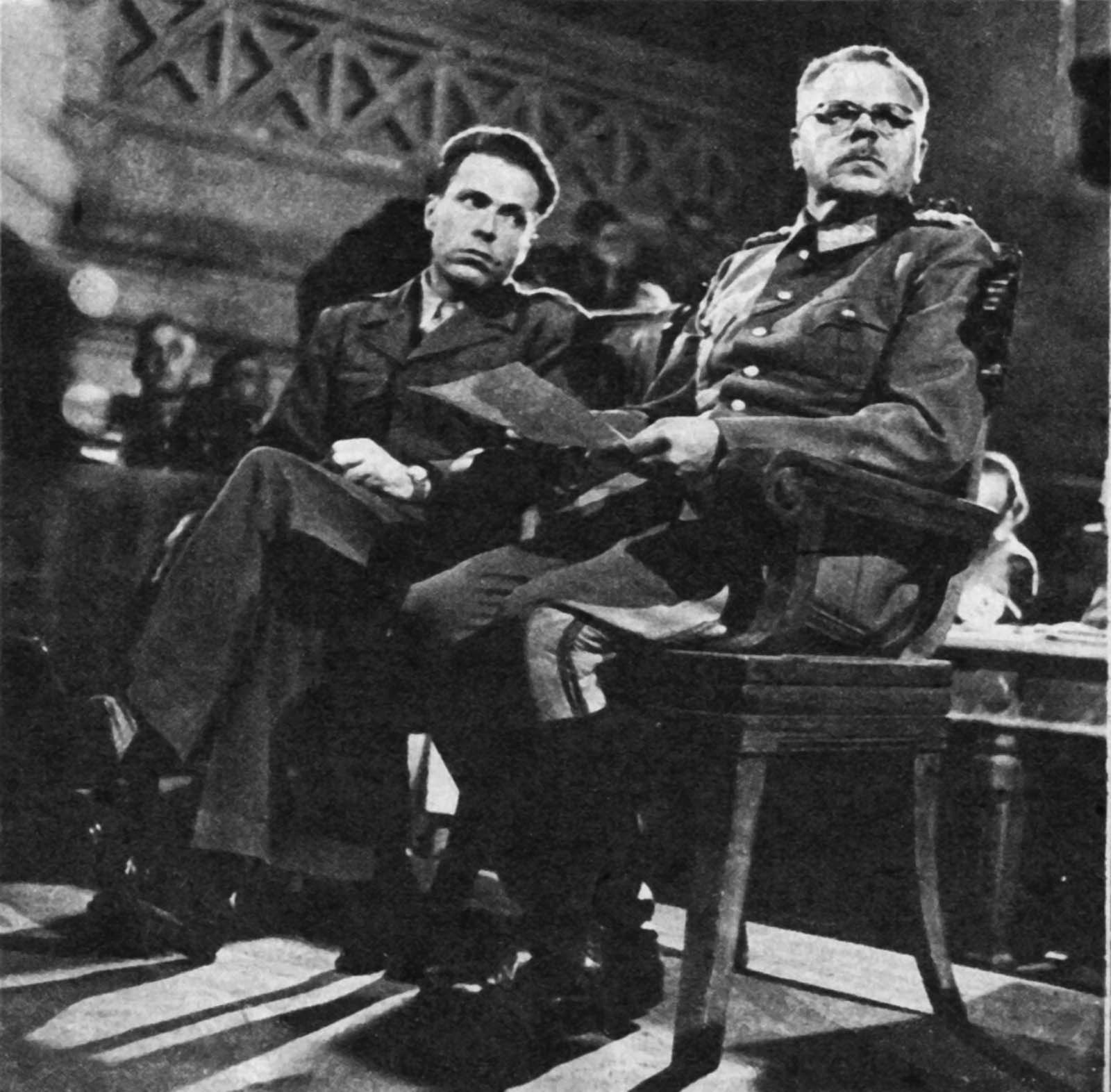 In the first Allied War crimes trial, Anton Dostler was accused of carrying out an illegal order. In his defense, Dostler maintained that he had not issued the order, but had only passed along an order to Colonel Almers from supreme command and that the execution of the OSS men was a lawful reprisal. Dostler’s plea of superior orders failed because by ordering the execution, he had acted on his own outside the Führer’s order.

The general was convicted and sentenced to death by the American Military Tribunal. He was executed by a 12-man firing squad on December 1, 1945, in Aversa.

The execution was photographed on black and white still and movie cameras (there’s a video of this execution in US archives). Immediately after the execution, Dostler’s body was lifted onto a stretcher, shrouded inside a white cotton mattress cover, and driven away in an army truck. His remains were buried in Grave 93/95 of Section H at Pomezia German War Cemetery.

Why a firing squad consists of multiple shooters?

Many people taking part in firing squads intentionally miss their target, as they do not want to be the one responsible for the individual’s death. Very often, they would even aim for non-vital areas of the body for the same reasons, knowing that the person was going to die regardless, and didn’t want the kill-shot on their conscience.

Another reason is that a lot of soldiers feel that it is immoral to execute a defenseless or captured prisoner, despite any crimes the person has committed. This is why there are so many people used in a firing squad. To ensure a quick death.

The fewer participants, the more likely it is to cause mental trauma to the gunmen. There is something relieving about knowing that others are there to share the burden of having just taken a life. It’s related to the diffusion of responsibility.

One method used to alleviate such a burden is to have some of the weapons loaded with blank rounds, so that none of the participants are absolutely sure they are responsible for the kill. Although loading a weapon with a blank round does not alleviate the shooters from a sense of responsibility.

The person who has the blank knows who fired the blank, due to the night-and-day difference in felt recoil. Blanks do not create recoil as there is no mass in front of the propellant charge. The purpose of loading a blank is so that none of the other soldiers in the squad know which one of them had the blank in their rifle.

This creates a communal sense of knowing that at least one of the shooters had no hand in the execution, but no one knows who except for the man with the blank loaded in his rifle, thereby allowing any of them to psychologically alleviate themselves of any guilt they may have, since as far as their comrades know; they did not fire a lethal shot.