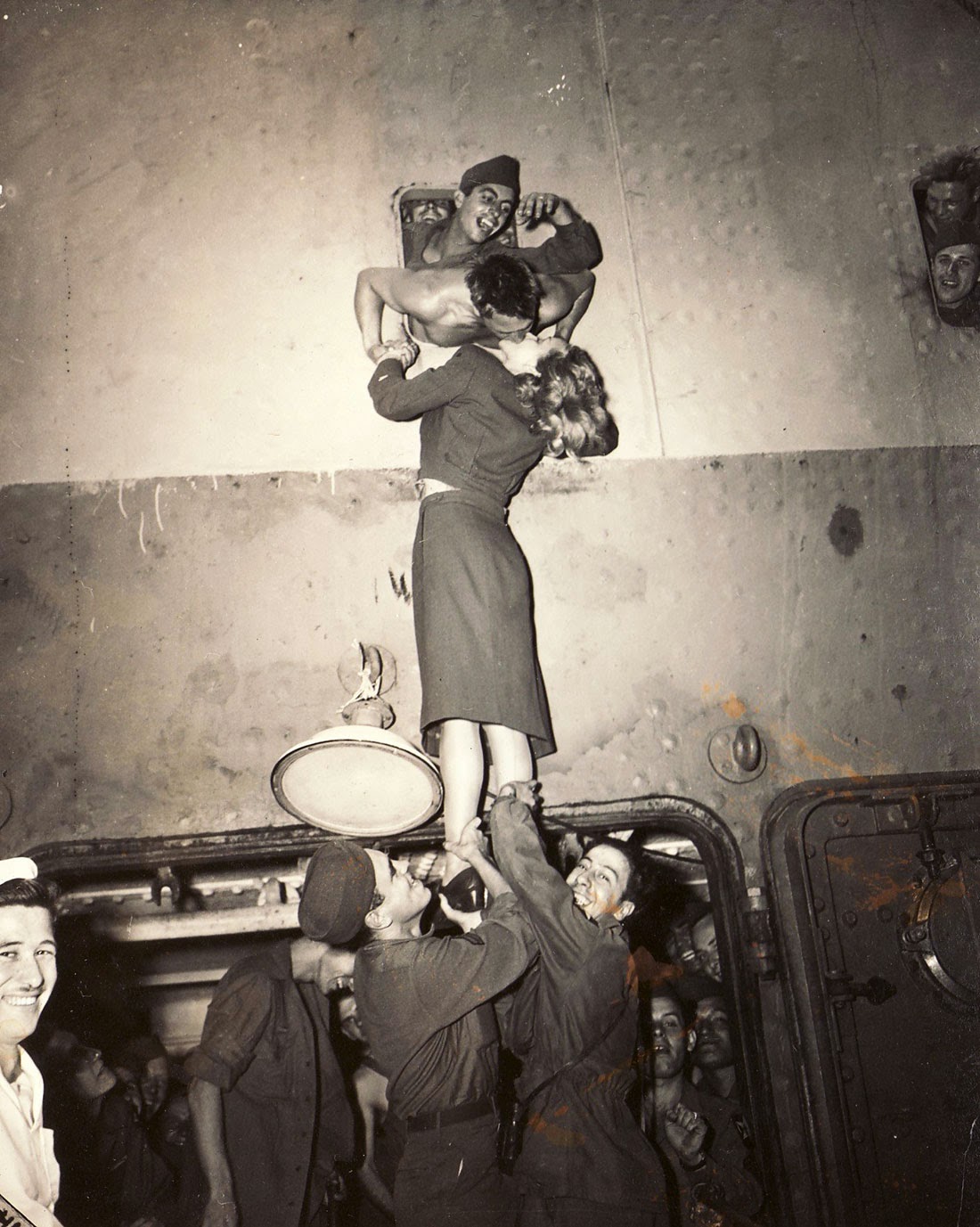 It seems that the guy on the left holding her up is enjoying the view.

This photo shows Marlene Dietrich passionately kissing an American soldier as he arrives home from World War II. It seems that the guy on the left holding her up is enjoying the view. It was first published in Life Magazine with the caption: “While soldiers hold her up by her famous legs, Marlene Dietrich is kissed by a home-coming GI”.

The ship was the Monticello, a converted cruise liner. Her original name was SS Conte Grande and was built in 1927 in Trieste, Italy. During World War II, she was acquired by the United States and was used as an American troopship—renamed USS Monticello (AP-61) in 1942. At the time the photo was taken it was transporting parts of the 2nd infantry division home. 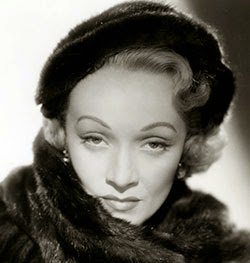 The 2nd division soldiers had entered the war in Normandy on D-Day. They fought across Europe into Czechoslovakia. They arrived in New York (when this photo was taken) on July 20, 1945. The war was not over for them. They were on their way to Camp Swift in Texas for training. They were supposed to be a part of the invasion of Japan.

Marlene Dietrich has a curious story. She was a German actress and singer. Her cinematography life started in Germany and later in Hollywood where she became very famous. Dietrich was known to have strong political convictions and the mind to speak them. In interviews, Dietrich stated that she had been approached by representatives of the Nazi Party to return to Germany but had turned them down flat. Dietrich, a staunch anti-Nazi, became an American citizen in 1939. In December 1941, the U.S. entered World War II, and Dietrich became one of the first celebrities to raise war bonds. She toured the US from January 1942 to September 1943 (appearing before 250,000 troops on the Pacific Coast leg of her tour alone) and was reported to have sold more war bonds than any other star. At the end of the war she was awarded the highest American civil medal: The Medal of Freedom.