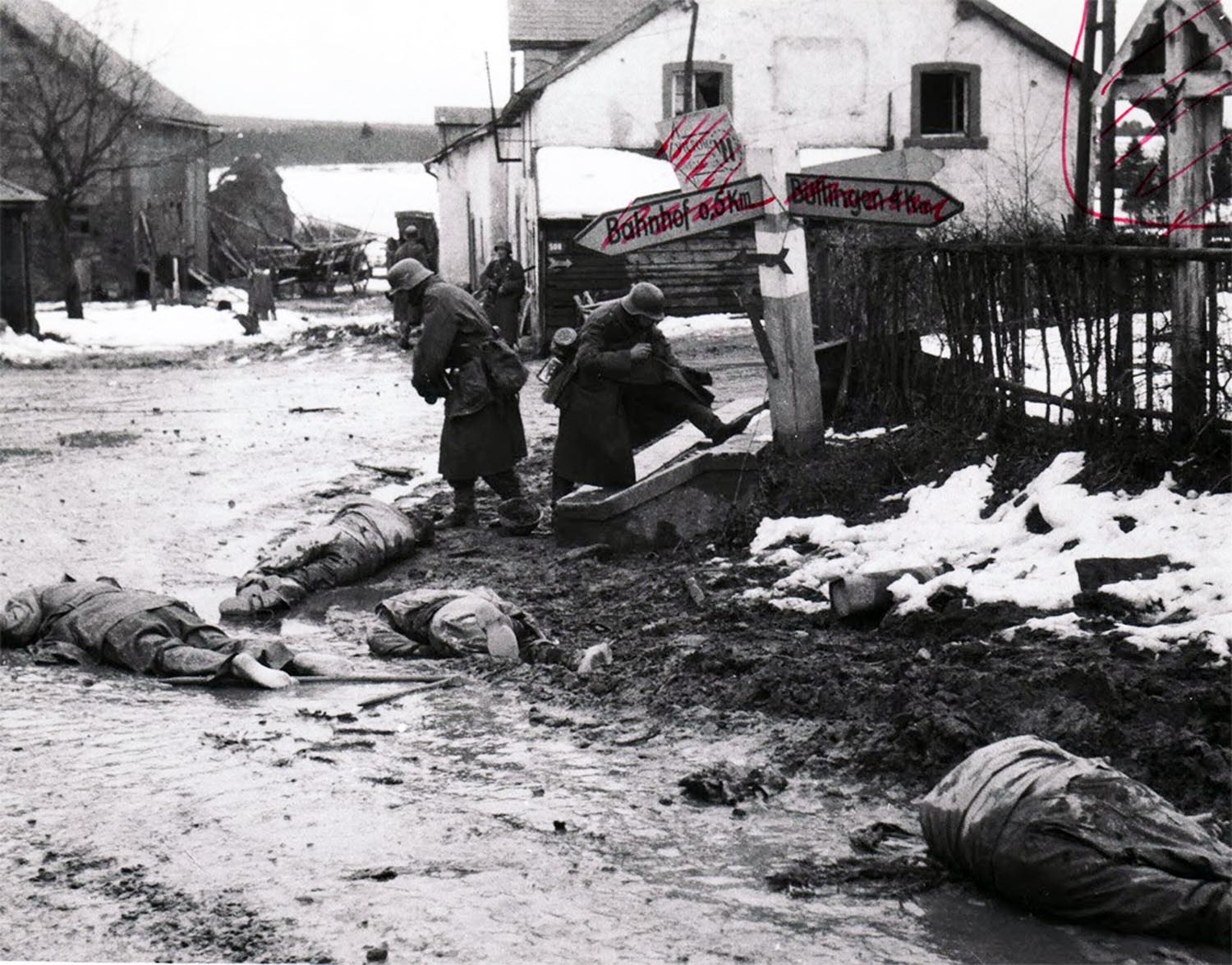 Pen marks indicate things Army censors redacted after the film was captured. The censorship shown on the photo was just an initial note that publishers would more thoroughly take out. They didn’t want people to be able to identify where the picture was taken.

That’s why they were crossing out only the things that would identify the spot, even religious markings (the crucifix in the corner of the image). It was likely the result of routine censorship.

The picture is an indicator that the German supply line must have been breaking down for them to be pulling boots off the dead. Also, it’s not a good sign when an “advancing” army has to stop and steal shoes.

The soldiers most likely did not have boots in very good condition, especially at this point in the war. By that time (late 1944), German boots were poor.

They no longer issued “jack boots” but had introduced ankle high ones made from inferior materials. While the Americans had rubber-soled, higher-quality leather ones.

During and after the Battle of the Bulge, German prisoners caught with American equipment on their person were usually shot out of hand. Pictures like this probably encouraged the American response.