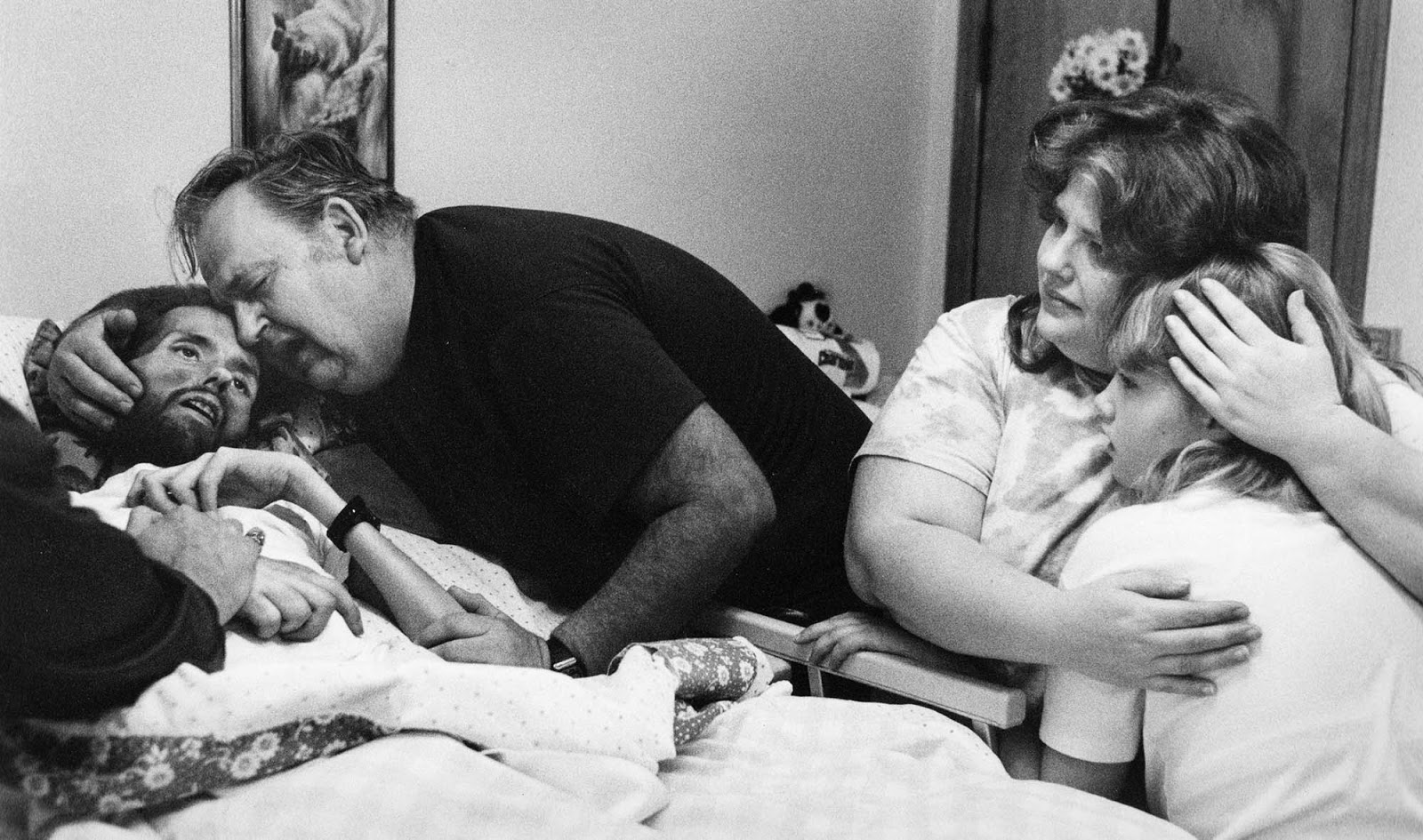 A father comforts his son, David Kirby, on his deathbed in Ohio, 1989. Widely considered the photo that changed the face of AIDS.

This picture is widely considered the photo that changed the face of AIDS. It showed AIDS victims as humans and people with families. The biggest opponents of doing anything about AIDS, anything at all, were conservatives trumpeting family values. This picture showed that HIV has everything to do with family values and to have family values you have to value families.

In November 1990 LIFE magazine published a photograph of a young man named David Kirby — his body wasted by AIDS, his gaze locked on something beyond this world — surrounded by anguished family members as he took his last breaths. The haunting image of Kirby on his death-bed, taken by a journalism student named Therese Frare, quickly became the one photograph most powerfully identified with the HIV/AIDS epidemic that, by then, had seen millions of people infected (many of them unknowingly) around the globe.

David Kirby was born and raised in a small town in Ohio. A gay activist in the 1980s, he learned in the late 1980s — while he was living in California and estranged from his family — that he had contracted HIV. He got in touch with his parents and asked if he could come home; he wanted, he said, to die with his family around him. The Kirbys welcomed their son back. 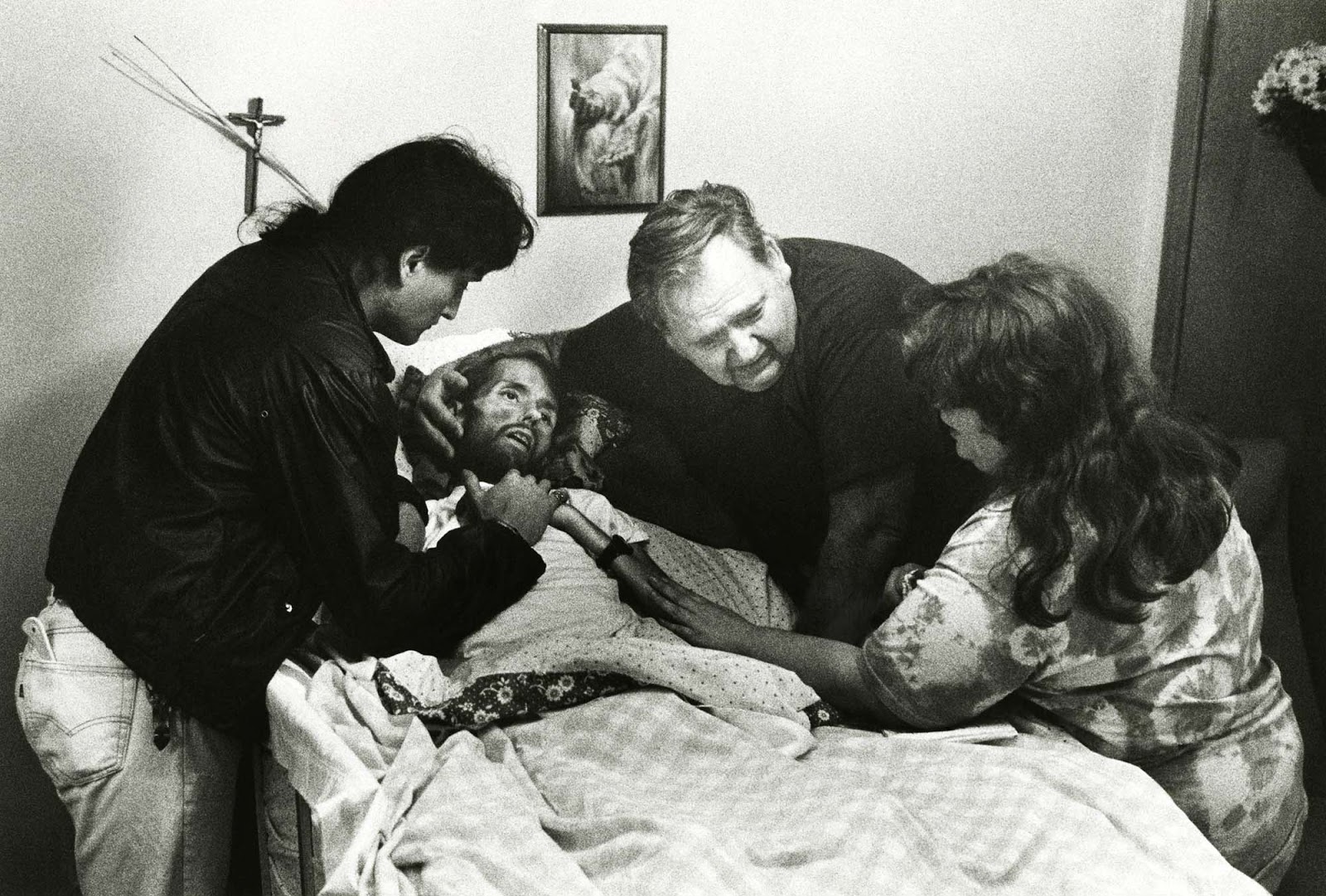 After a three-year struggle against AIDS and its social stigmas, David Kirby could fight no longer.

“On the day David died, I was visiting Peta (one of the David’s caretaker in Pater Noster House). Some of the staff came in to get Peta so he could be with David, and he took me with him. I stayed outside David’s room, minding my own business, when David’s mom came out and told me that the family wanted me to photograph people saying their final goodbyes. I went in and stood quietly in the corner, barely moving, watching and photographing the scene. Afterwards I knew, I absolutely knew, that something truly incredible had unfolded in that room, right in front of me.

Early on, I asked David if he minded me taking pictures, and he said, ‘That’s fine, as long as it’s not for personal profit’. To this day I don’t take any money for the picture. But David was an activist, and he wanted to get the word out there about how devastating AIDS was to families and communities. Honestly, I think he was a lot more in tune with how important these photos might become”. 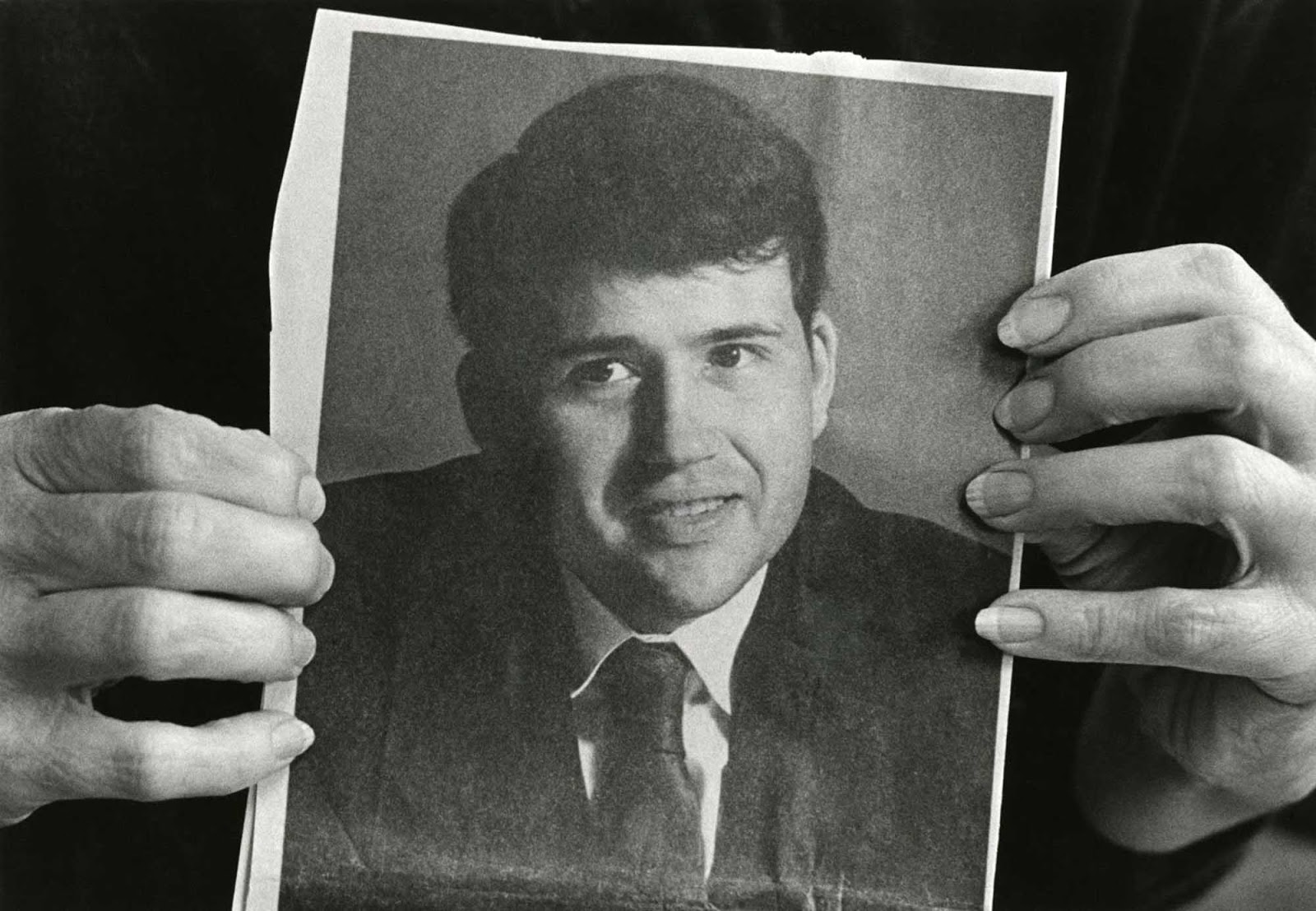 His sister shows a picture of young David Kirby.

When published by LIFE, the image shocked the national conscience in the United States with its graphic imagery. While the public knew that AIDS killed, many only knew of its effects in the abstract. AIDS was still thought to be a “gay” disease and much of populace was relatively uninformed about the disease. The image also helped the greater public to connect to the family’s grief at losing their son. The original caption on LIFE magazine: “After a three-year struggle against AIDS and its social stigmas, David Kirby could fight no longer. As his father, sister and niece stood by in anguish, the 32-year-old founder and leader of the Stafford, Ohio, AIDS Foundation felt his life slipping away. David whispered: “I’m ready”, took a last labored breath, then succumbed”.

David Kirby died in April 1990, only 32 years old, seven months before the photo was published. By some estimates, as many as one billion people have seen the now-iconic Frare photograph that appeared in LIFE, as it was reproduced in hundreds of newspaper, magazine and TV stories — all over the world — focusing on the photo itself and (increasingly) on the controversies that surrounded it. 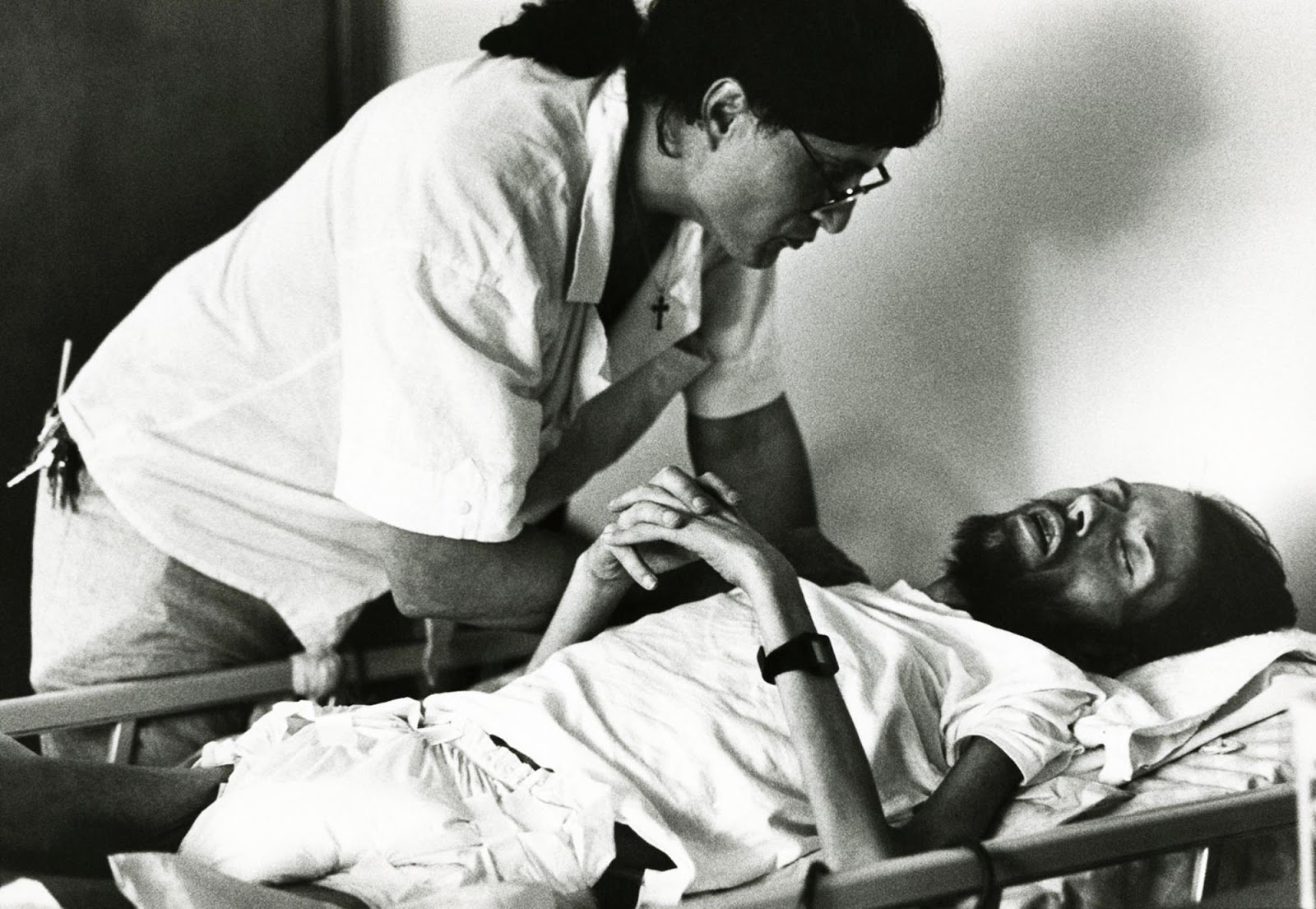 David Kirby died in April 1990, only 32 years old, seven months before the photo was published.

The outbreak of HIV and AIDS in the USA was largely due to how the government handled it and the Sexual Revolution that took place from the 1960s to the 1980s. The sexual revolution was the break away during the 1960s-1980s from the tradition of monogamous heterosexual relationships. This was a very large and quickly growing movement, particularly among young adults. During this time, young adults were having sex with a lot of people without as much regard to consequences beyond pregnancy.

The notion of “pregnancy is the only drawback to sex” ended up setting the ground work for HIVs spread amongst the gay community, as there was no need for the use of condoms. As AIDS began taking lives in the early 80s, it was actually named the “Gay Related Immune Deficiency (GRID)” due to it primarily affecting the gay community. This reflected the public opinion that AIDS was largely a “gay persons disease”. This notion, influenced by the heavy homophobia of the time, caused many politicians to be weary of putting much funding behind treatment or containment of the illness. In Randy Shilts’ book “And the Band Played On”, a very good history of AIDS in the US, he attests that Ronald Regan’s administration intentionally dragged its feet on legislation about AIDS for fear of political backlash of supporting homosexuals. It wasn’t until the middle of 1984 that the US Department of Health and Human Services declared they had found the cause for AIDS, 3 years after AIDS had begun claiming lives in the US, and 15 years after AIDS illnesses were seen.