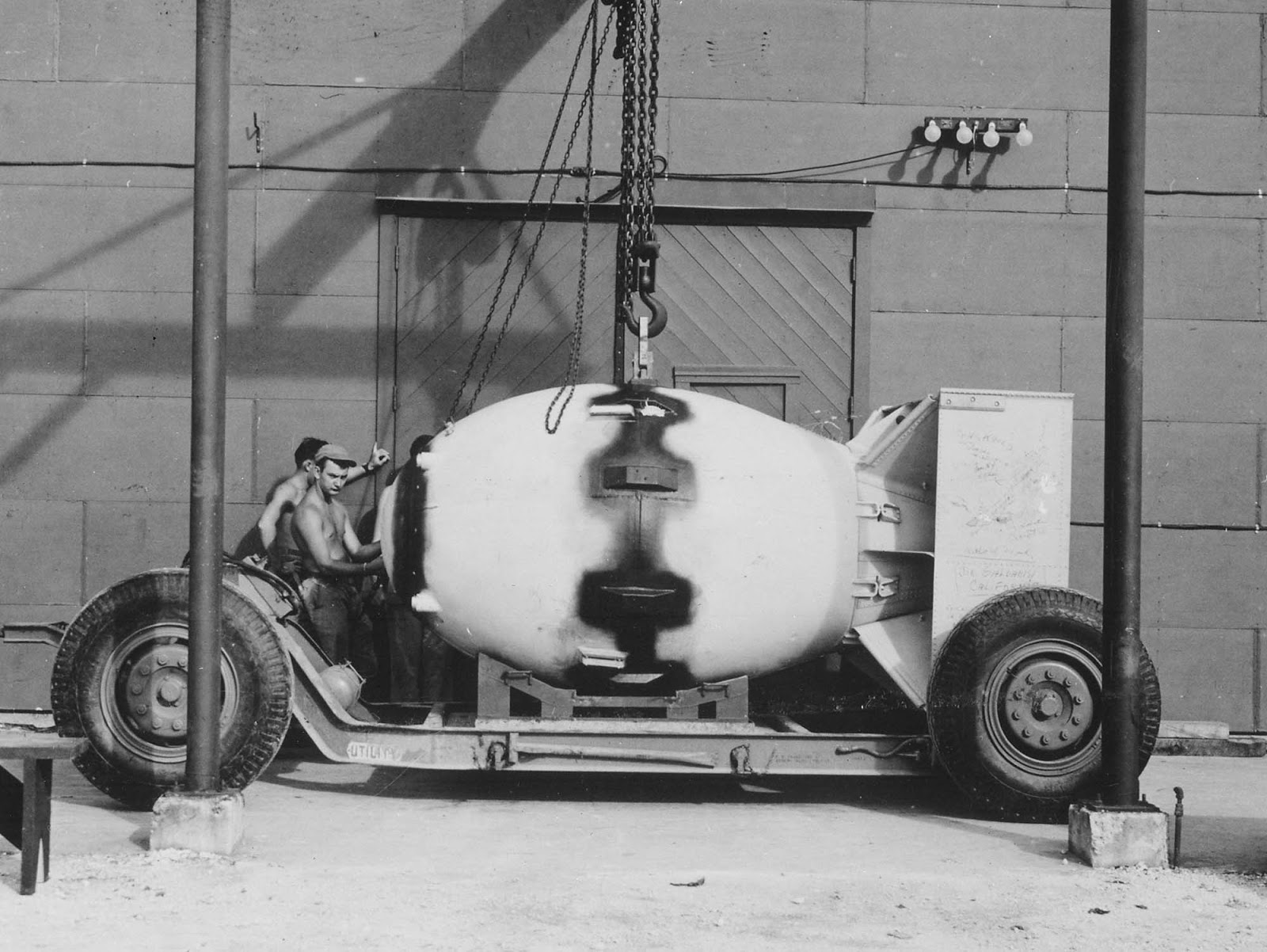 It’s so odd to see that an object roughly the same size as a large car can destroy an entire city and leave radioactive damage for lifetimes afterwards. Fat Man was the codename for the type of atomic bomb that was detonated over the Japanese city of Nagasaki by the United States on 9 August 1945. It was the second of the only two nuclear weapons ever used in warfare, the first being Little Boy, and its detonation marked the third-ever man-made nuclear explosion in history. It was built by scientists and engineers at Los Alamos Laboratory using plutonium from the Hanford Site and dropped from the Boeing B-29 Superfortress Bockscar.

The name Fat Man refers generically to the early design of the bomb, because it had a wide, round shape. It was also known as the Mark III. Fat Man was an implosion-type nuclear weapon with a solid plutonium core. The first of that type to be detonated was the Gadget, in the Trinity nuclear test, less than a month earlier on 16 July at the Alamogordo Bombing and Gunnery Range in New Mexico. Two more Fat Man bombs were detonated during the Operation Crossroads nuclear tests at Bikini Atoll in 1946. Some 120 Fat Man units were produced between 1947 and 1949, when it was superseded by the Mark 4 nuclear bomb. The Fat Man was retired in 1950.

The Fat Man atomic bomb being readied on Tinian (right); Fat Man’s nuclear device about to be encased (left).

Powered by plutonium, Fat Man could not use the same gun-type design that allowed Little Boy to explode effectively – the form of plutonium collected from the nuclear reactors at Hanford, WA for the bomb would not allow for this strategy. The Hanford plutonium emerged from the reactors less pure than the initial plutonium extracted from Ernest O. Lawrence’s Berkeley Lab, instead containing traces of isotope plutonium-240, as opposed to the desired plutonium-239. Plutonium-240’s higher fission rate would cause the atoms to undergo spontaneous fission before the gun-type design could bring two masses of plutonium together, which would lower the energy involved in the actual detonation of the bomb.

Thus, a new design was required. Physicist Seth Neddermeyer at Los Alamos constructed a design for the plutonium bomb that used conventional explosives around a central plutonium mass to quickly squeeze and consolidate the plutonium, increasing the pressure and density of the substance. An increased density allowed the plutonium to reach its critical mass, firing neutrons and allowing the fission chain reaction to proceed. To detonate the bomb, the explosives were ignited, releasing a shock wave that compressed the inner plutonium and led to its explosion.