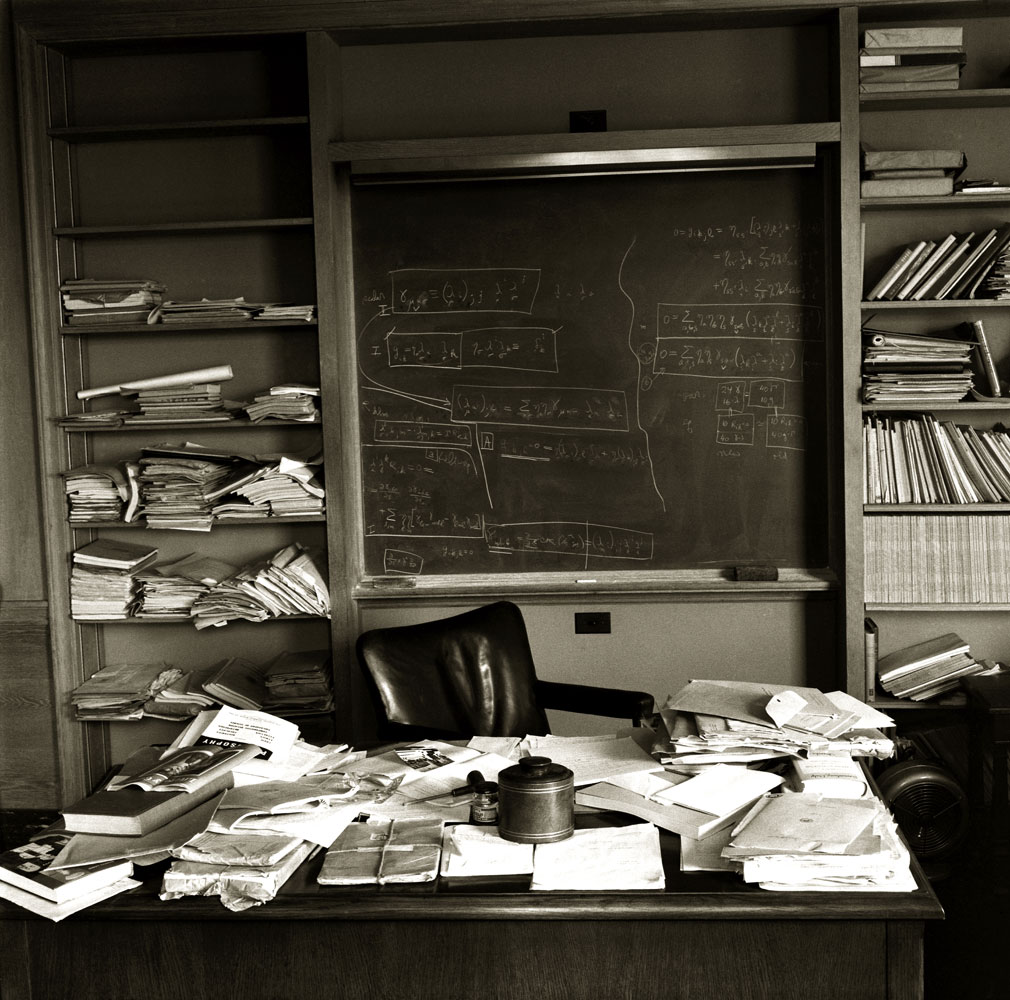 Albert Einstein, whose theories exploded and reshaped our ideas of how the universe works, died on April 18, 1955, of heart failure. He was 76.

His funeral and cremation were intensely private affairs, and only one photographer managed to capture the events of that extraordinary day was Ralph Morse of Life Magazine.

Armed with his camera and a case of scotch — to open doors and loosen tongues — Morse compiled a quietly intense record of a 20th-century icon’s passing. But aside from one now-famous image — of Einstein’s office, exactly how he left it, taken hours after his death — the pictures Morse took that day were never published.

At the request of Einstein’s son, who asked that the family’s privacy be respected while they mourned, LIFE’s editors chose not to run the full story, and for more than five decades Morse’s photographs lay in the magazine’s archives, forgotten. 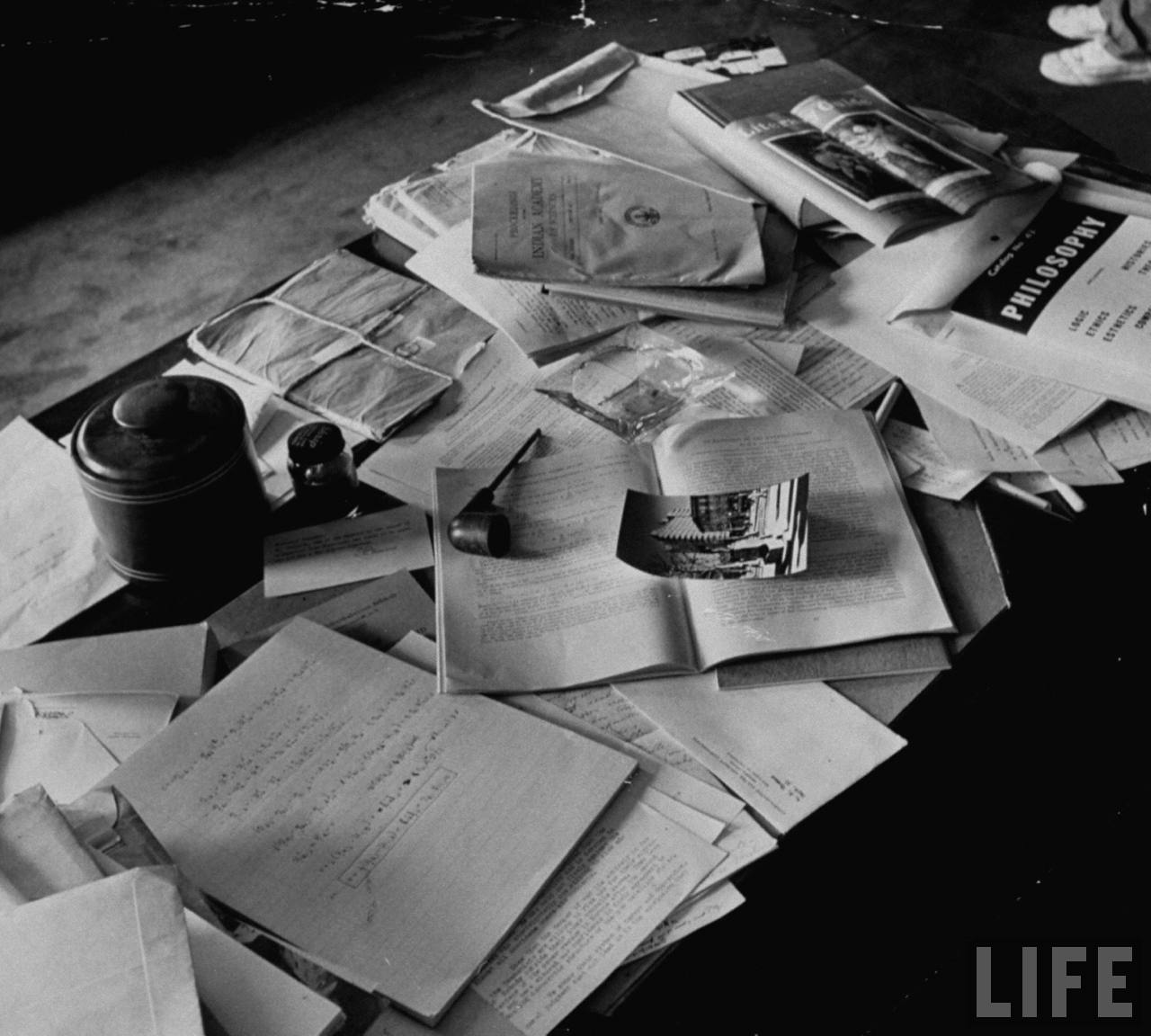 The story of how Morse got the pictures, meanwhile, is an object lesson in tenacity, and thinking on one’s feet. After getting a call that April morning from a LIFE editor telling him Einstein had died, Morse grabbed his cameras and drove the ninety miles from his house in northern New Jersey to Princeton.

“Einstein died at the Princeton Hospital, so I headed there first. But it was chaos — journalists, photographers, onlookers. So I headed over to Einstein’s office. On the way, I stopped and bought a case of scotch. I knew people might be reluctant to talk, but most people are happy to accept a bottle of booze instead of money in exchange for their help. So I get to the building, find the superintendent, give him a fifth of scotch and like that, he opens up the office”.

Early in the afternoon, Einstein’s body was moved for a short time from the hospital to a funeral home in Princeton. The simple casket containing the corpse, post-autopsy, only stayed at the funeral home for an hour or so. 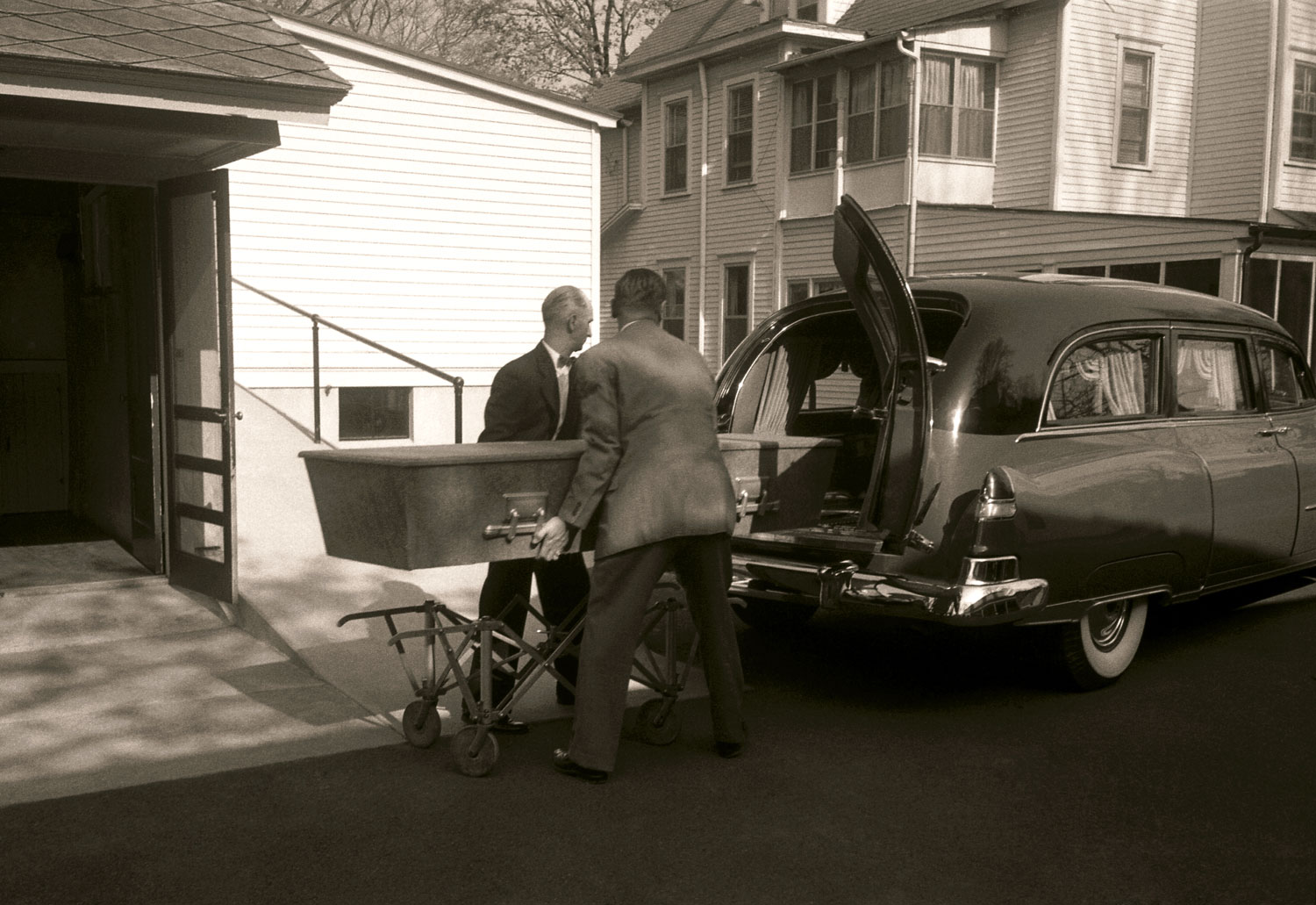 Albert Einstein’s casket, moved for a short time from the Princeton Hospital to a funeral home, Princeton, New Jersey, April 1955.

Morse made his way there and soon saw two men loading a casket into a hearse. For all Morse knew, Einstein’s burial was imminent. Hoping to scope out a spot near the grave, he quickly drove to the Princeton Cemetery.

“I drive out to the cemetery to try and find where Einstein is going to be buried”, Morse remembers. “But there must have been two dozen graves being dug that day! I see a group of guys digging a grave, offer them a bottle, ask them if they know anything.

One of them says, ‘He’s being cremated in about twenty minutes. In Trenton!’ So I give them the rest of the scotch, hop in my car, and get to Trenton and the crematorium just before Einstein’s friends and family show up”.

“I didn’t have to tell anyone where I was from”, Morse says of his time spent photographing the events of the day. “I was the only photographer there, and it was sort of a given that if there was one photographer on the scene, chances were good he was from LIFE”.

At one point early in the day, Einstein’s son Hans asked Morse for his name — a seemingly insignificant, friendly inquiry that would prove, within a few hours, to have significant ramifications. 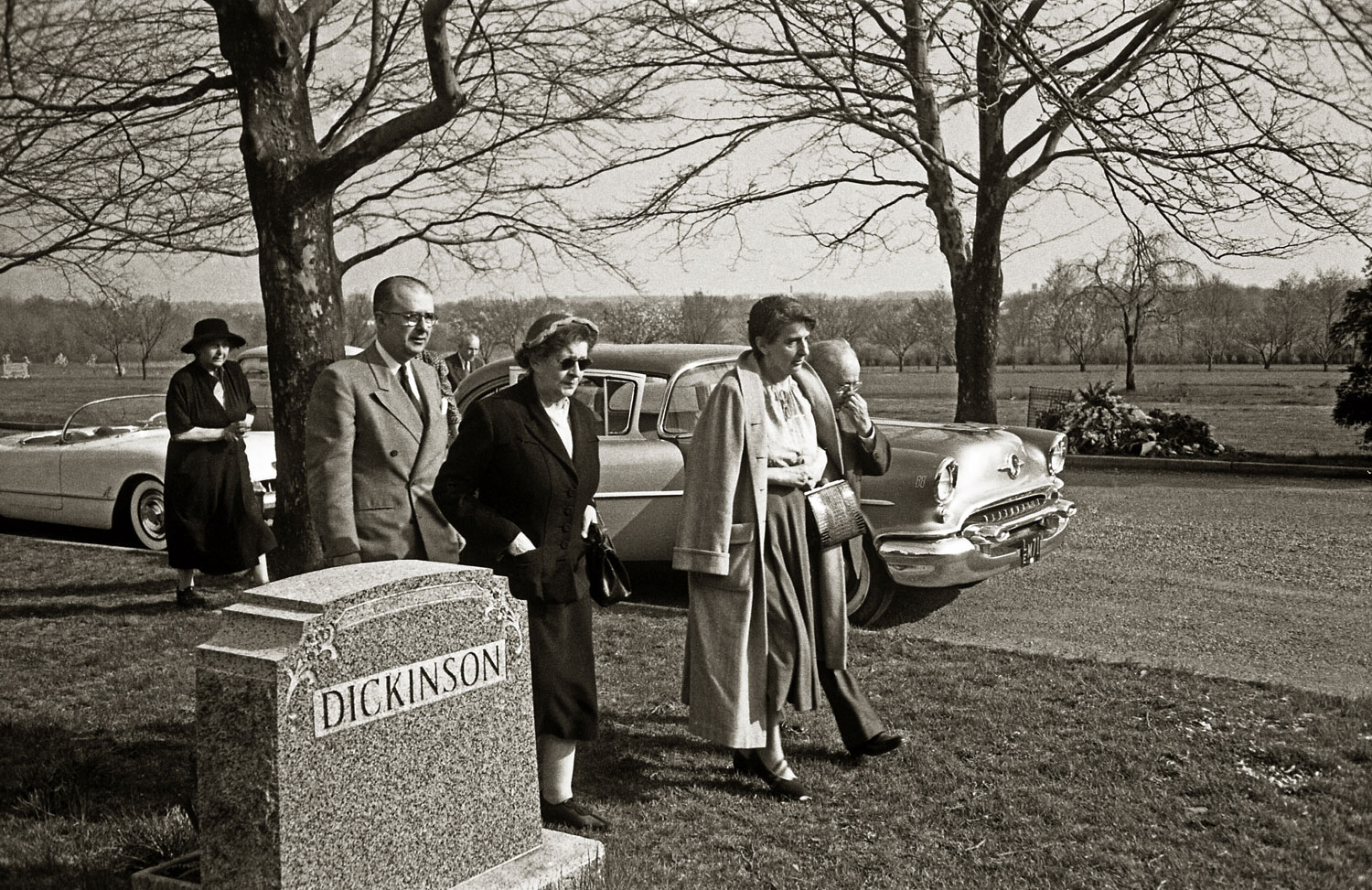 “As the day was winding down, I was pretty excited”, Morse recalls, “because I knew I was the only fellow with these pictures. This was big news! Einstein was a huge public figure, world-famous, and we had this story cold”, Morse headed to Manhattan, and the LIFE offices, certain he’d be celebrated for his scoop.

Einstein’s autopsy was conducted in a lab at Princeton Hospital by pathologist Thomas Stoltz Harvey shortly after his death in 1955. Harvey removed and weighed the brain at 1230g.

Then, took it to a lab at the University of Pennsylvania where he dissected Einstein’s brain into several pieces; some of the pieces he kept to himself while others were given to leading pathologists. 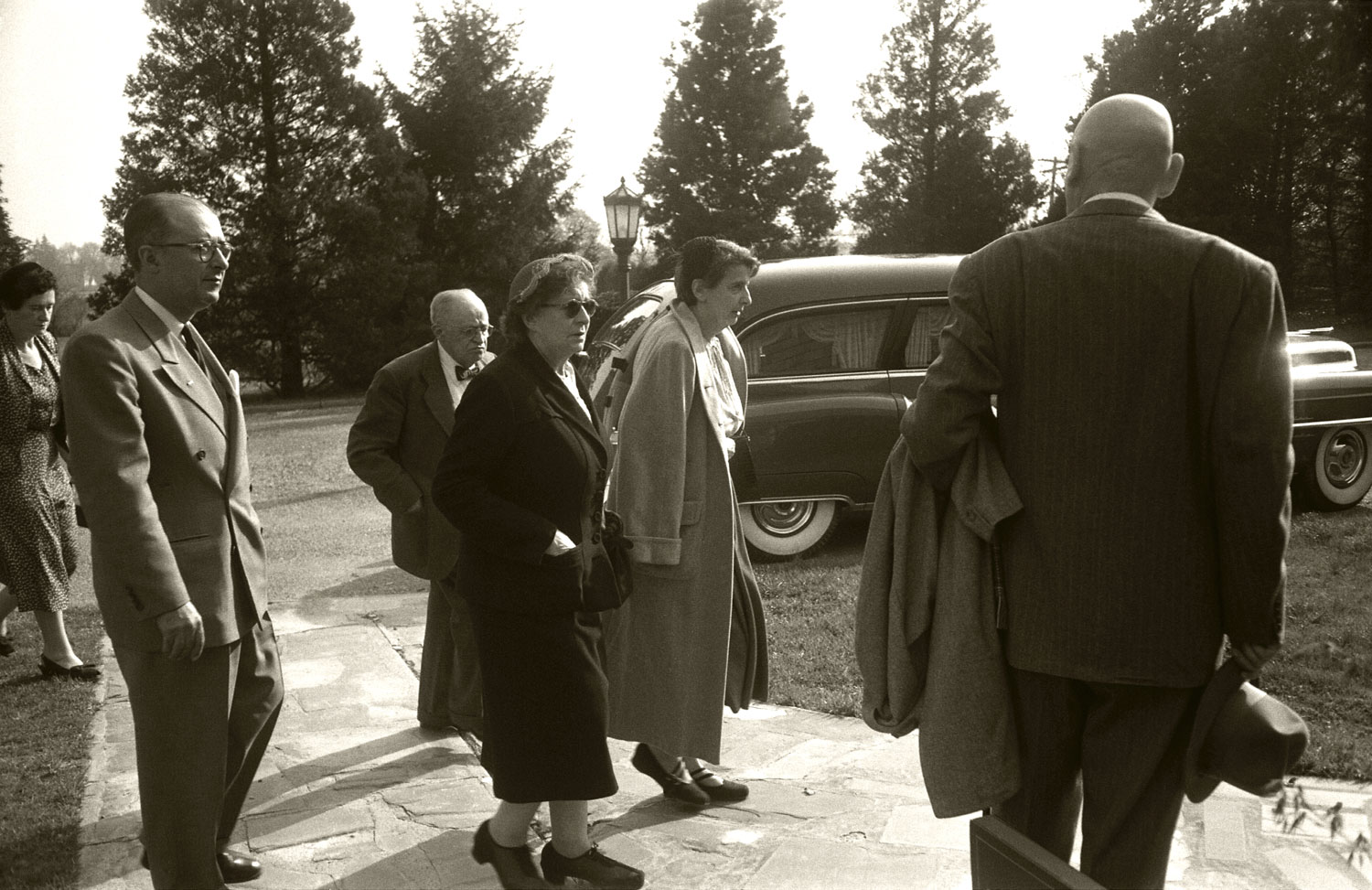 Mourners walk into the service for Albert Einstein, passing the hearse that carried his casket from Princeton, April 1955.

He claimed he hoped that cytoarchitectonics would reveal useful information. Harvey injected 50% formalin through the internal carotid arteries and afterward suspended the intact brain in 10% formalin.

Harvey photographed the brain from many angles. He then dissected it into about 240 blocks (each about 1 cm3) and encased the segments in a plastic-like material called collodion. 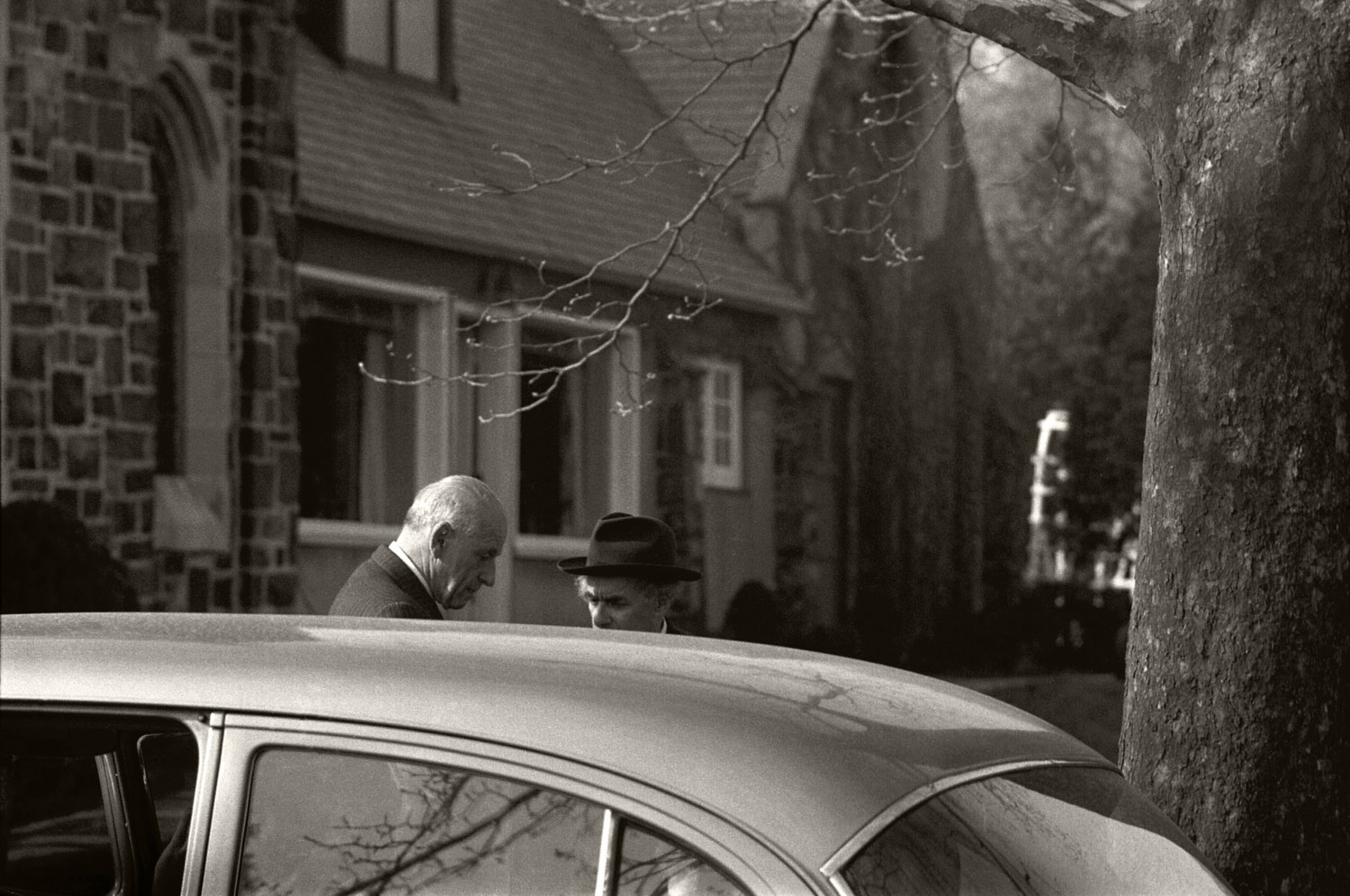 Friends and family make their way to their cars after the funeral service for Albert Einstein, Trenton, April 1955. The ceremony was brief: Einstein’s friend Otton Nathan, an economist at Princeton and co-executor of the Einstein estate, read some lines by the great German poet, Goethe. Immediately after the service, Einstein’s remains were cremated. 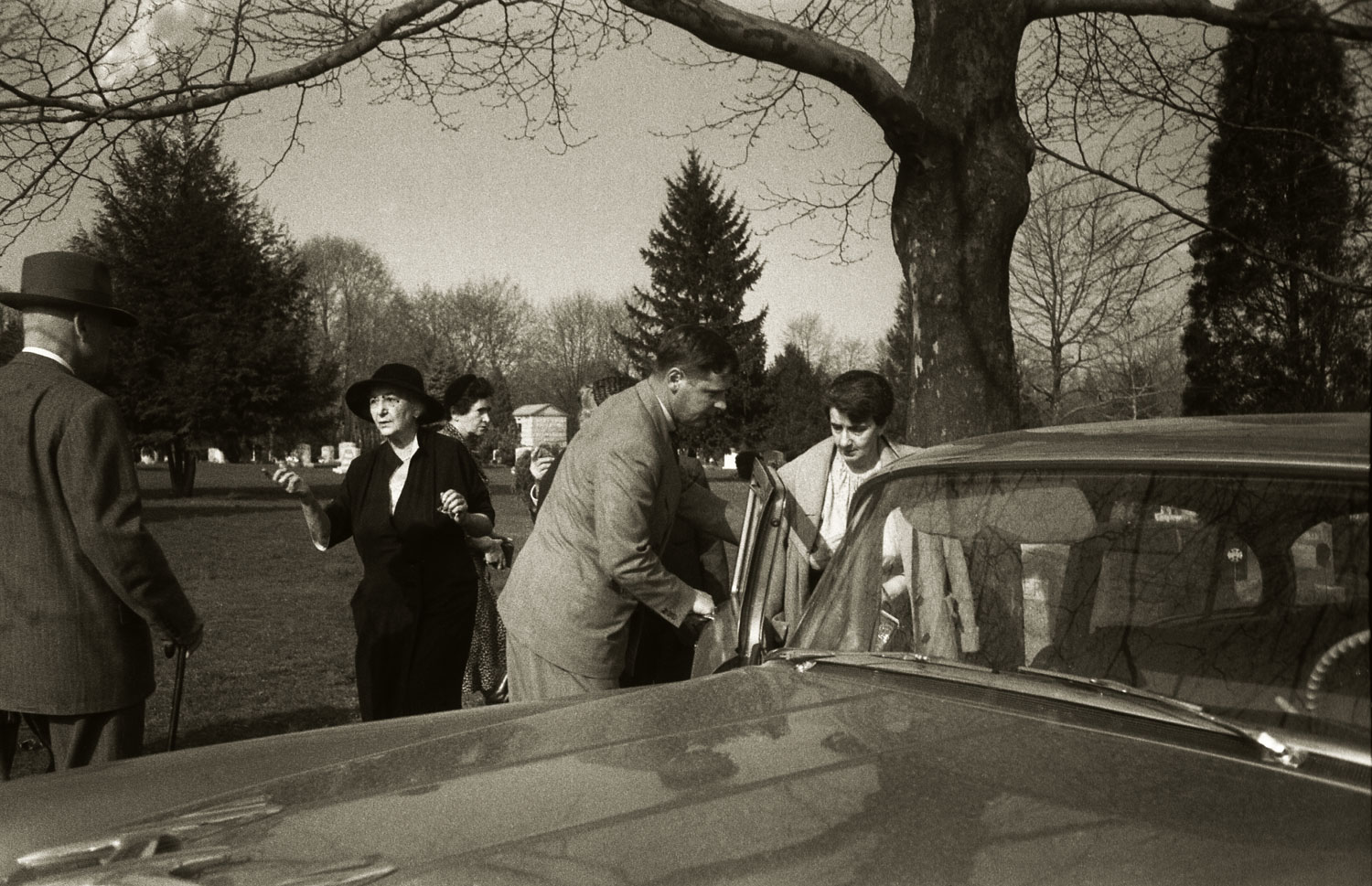 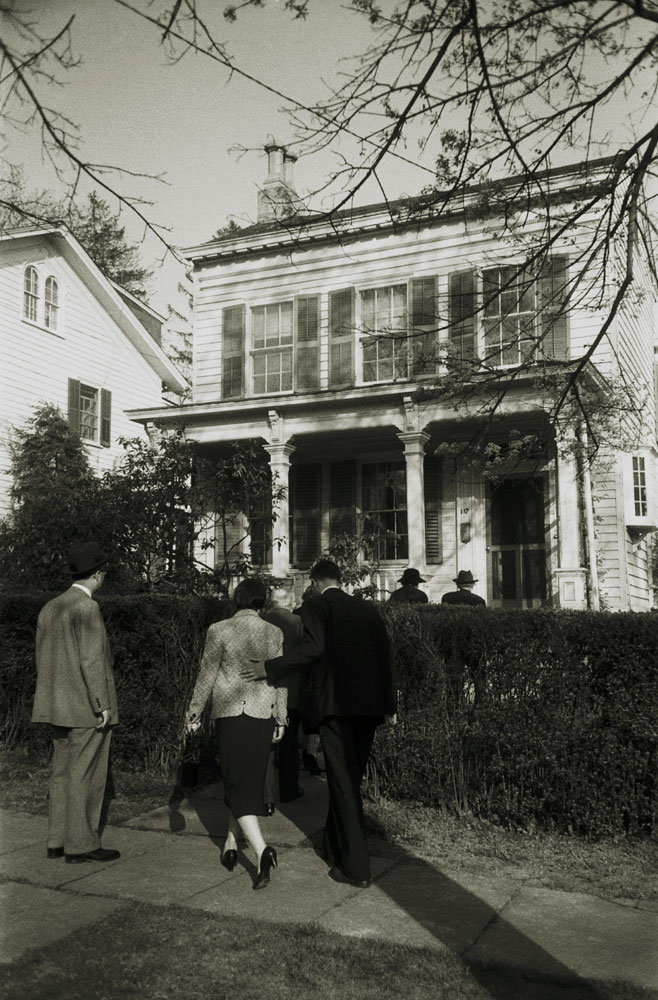 Family and friends return to Einstein’s home at 112 Mercer Street in Princeton, where he lived for 20 years, after his funeral, April 18, 1955. 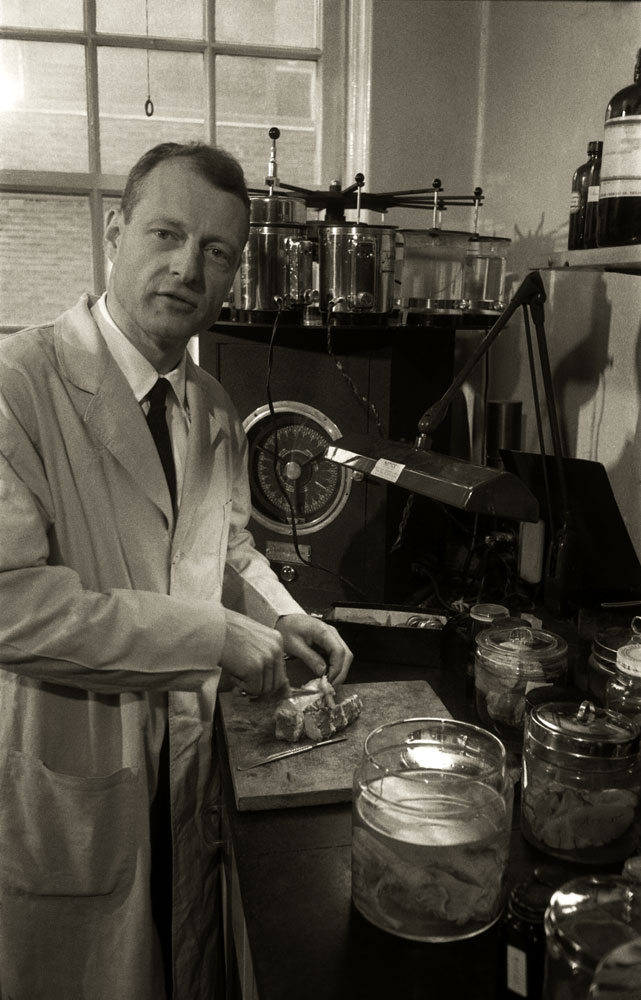 Dr. Thomas Harvey (1912 – 2007) was the pathologist who conducted the autopsy on Einstein at Princeton Hospital in 1955.