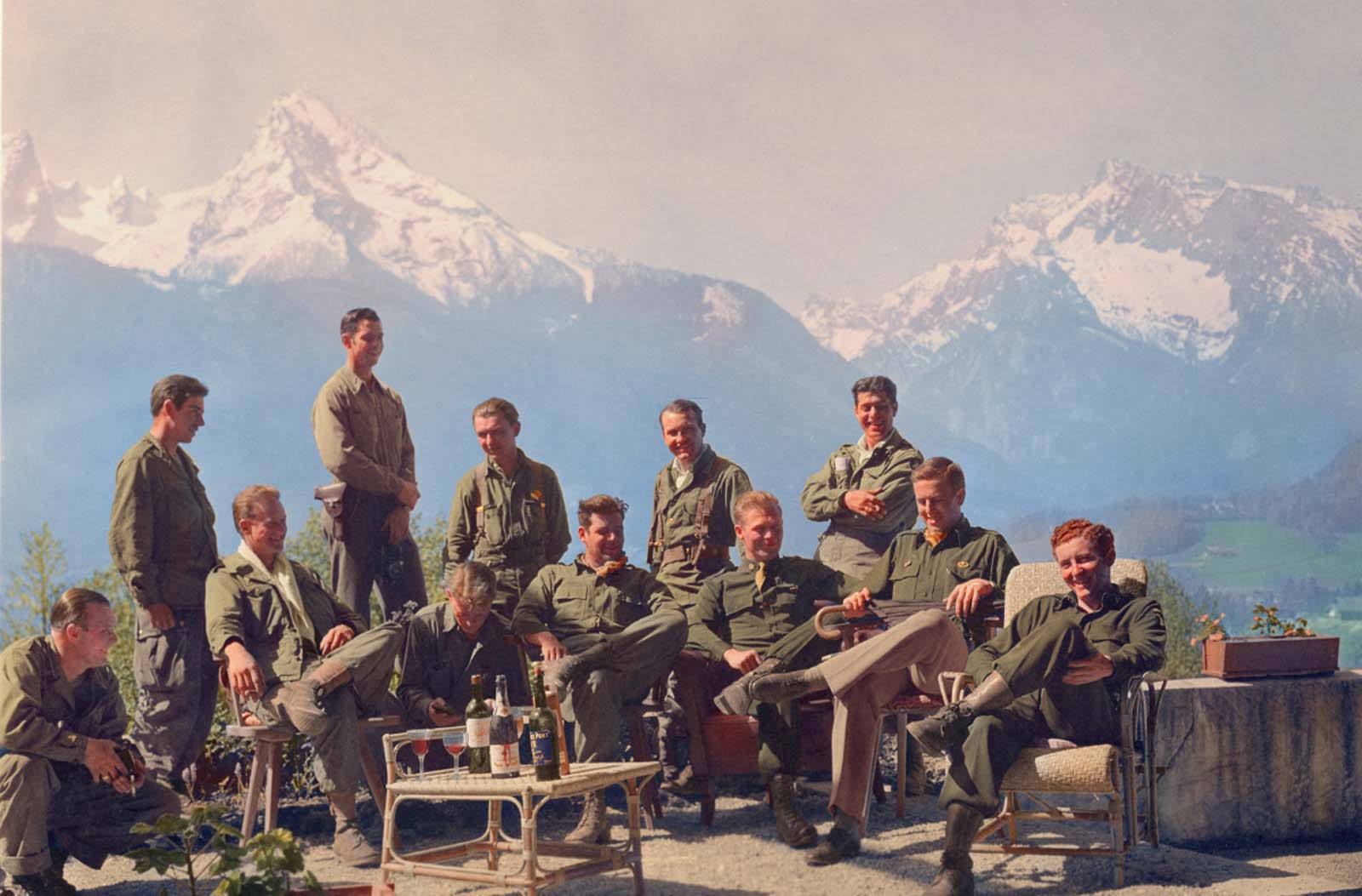 Toward the end of World War II, American soldiers of Easy Company were assigned to occupation duty in Germany, specifically to Berchtesgaden, which was home to Adolf Hitler’s famous Eagle’s Nest. Specifically, the duty of capturing the Kehlsteinhaus was given to the 101st paratroopers unit.

Berchtesgaden changed from a strategic to a prestige objective. This was the place where Hitler had planned his conquest of Europe, the place where he had hosted heads of state, the place where the German dictator had relaxed and held forth on various topics to an intimate retinue of party cronies.

It was the second seat of government outside of Berlin. Every Allied unit in the area, whether French or American, desperately wanted to capture Berchtesgaden. The unit that did so would win for itself historical immortality as the conquerors of the crown jewel of Hitler’s empire.

The Kehlsteinhaus was an aiming point for the 25 April 1945 Bombing of Obersalzberg. This was a Royal Air Force bombing raid conducted by No. 1, No. 5, and No. 8 Group and No. 617 Squadron. The small house proved an elusive target for the force of 359 Avro Lancasters and 16 de Havilland Mosquitoes, which bombed and severely damaged the Berghof area instead.

It is uncertain which Allied military unit was the first to reach the Kehlsteinhaus. The matter is compounded by popular confusion of it and the town of Berchtesgaden taken on May 4 by forwarding elements of the 7th Infantry Regiment of the 3rd Infantry Division of XV Corps of the U.S. Seventh Army of the Sixth Army Group.

Reputedly, members of the 7th went as far as the elevator to the Kehlsteinhaus, with at least one person claiming that he and a partner continued on to the top. In a Library of Congress interview and more recent interviews, Herman Louis Finnell of the 3rd Infantry Division said that his regiment entered the Berghof, not the Kehlsteinhaus.

However, the 101st Airborne maintains it was first both to Berchtesgaden and the Kehlsteinhaus. Also, elements of the French 2nd Armored Division, Laurent Touyeras, Georges Buis, and Paul Répiton-Préneuf, were present on the night of May 4 to 5 and took several photographs before leaving on May 10 at the request of U.S. command.

Undamaged in the April 25 bombing raid, the Kehlsteinhaus was subsequently used by the Allies as a military command post until 1960, when it was handed back to the State of Bavaria.

Valenti, one of the soldiers of the 7th Infantry Regiment recalled his visit to Hitler’s residence: “We couldn’t believe what we saw. The walls were covered with shelves and the shelves were stocked with all kinds of wines, champagnes and liqueurs. The food bins were well stocked with a variety of canned hams, cheese and two-gallon cans containing pickles.”

Valenti and his friends sat in Hitler’s great room, where he had once entertained heads of state, and drank his wine. Before the war, Valenti, the son of Italian immigrants, had been a coal miner. He never dreamed he would get to see something like this. He persuaded a buddy to take a picture of him lounging on the hillside next to Hitler’s house. 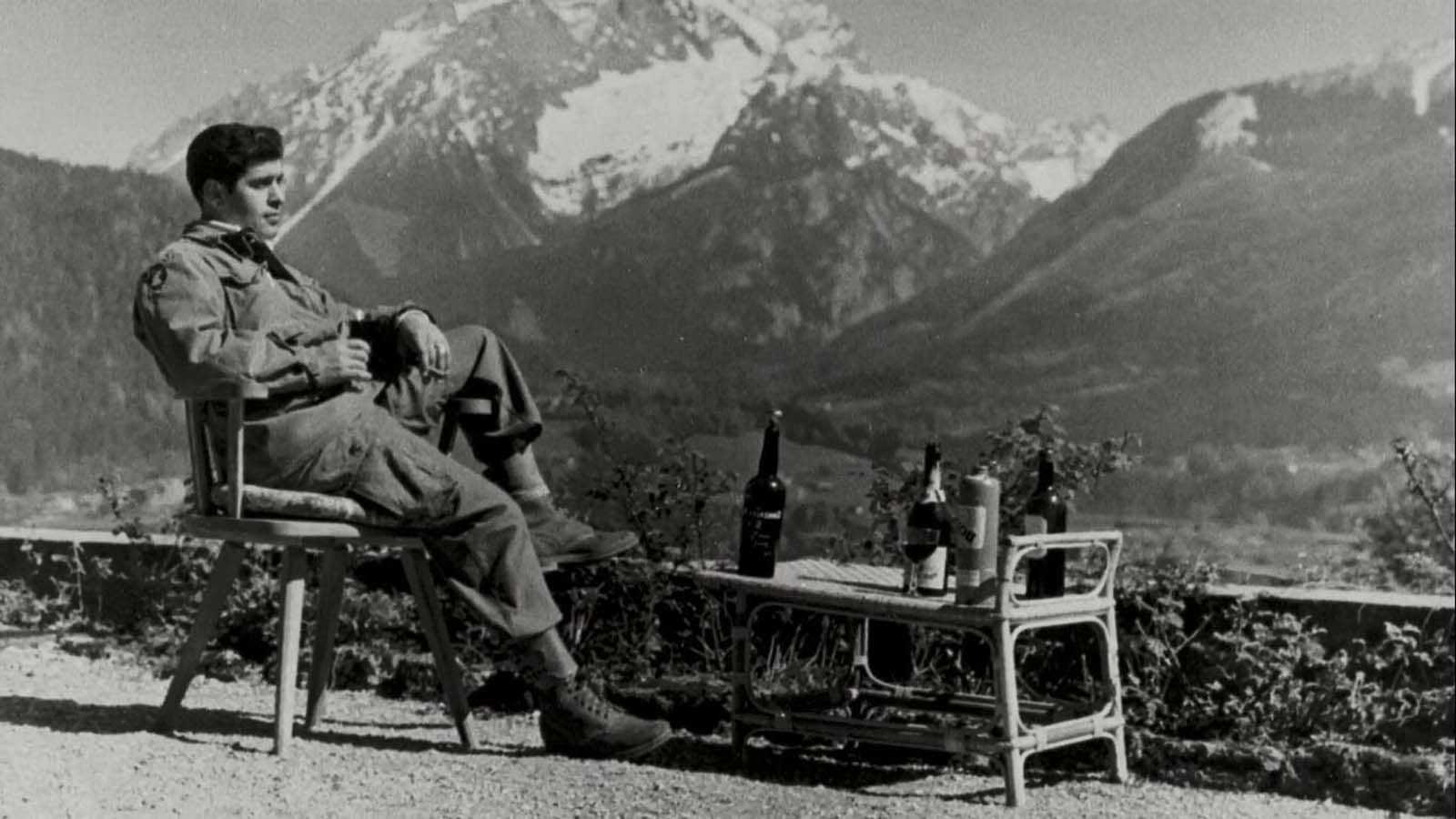 A paratrooper of the 101st Airborne Division enjoying the view and a cognac while lounging on the terrace of Hitler’s retreat at Berchtesgaden after the end of the war in 1945. 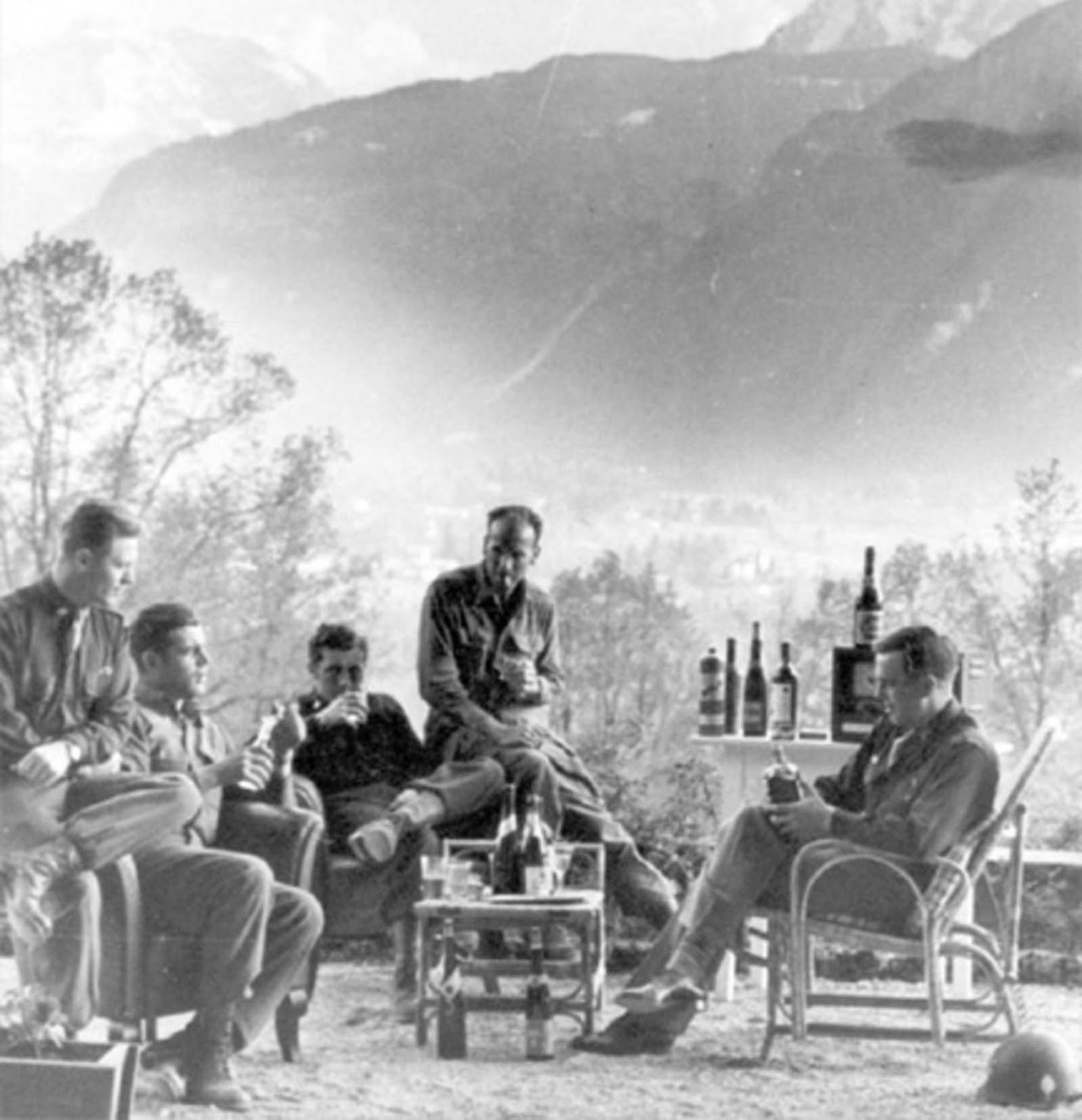 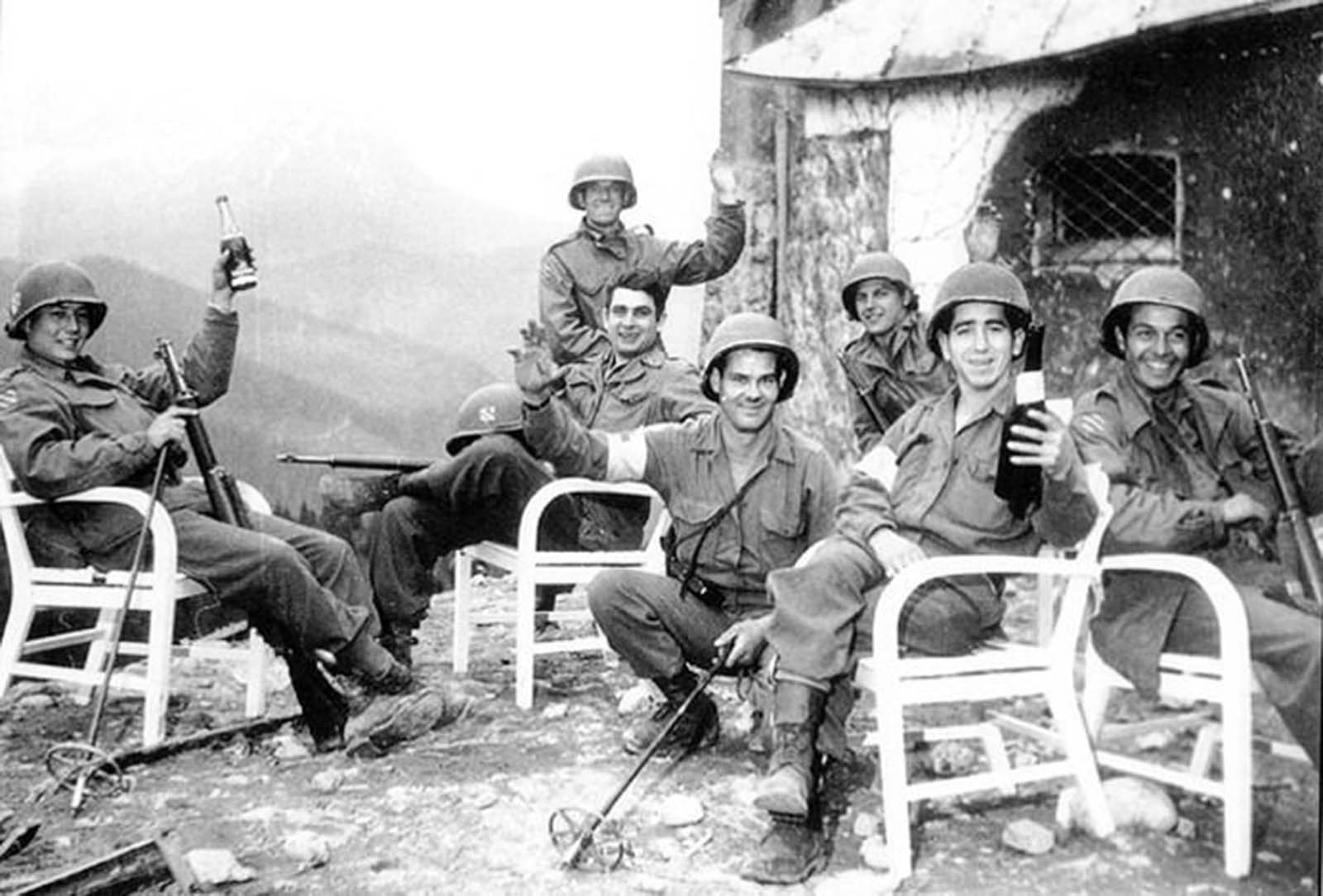 The 7th Infantry Regiment attached to the 3rd Infantry Division drink Hitler’s wine on the patio of the Berghof, below the Eagle’s Nest.