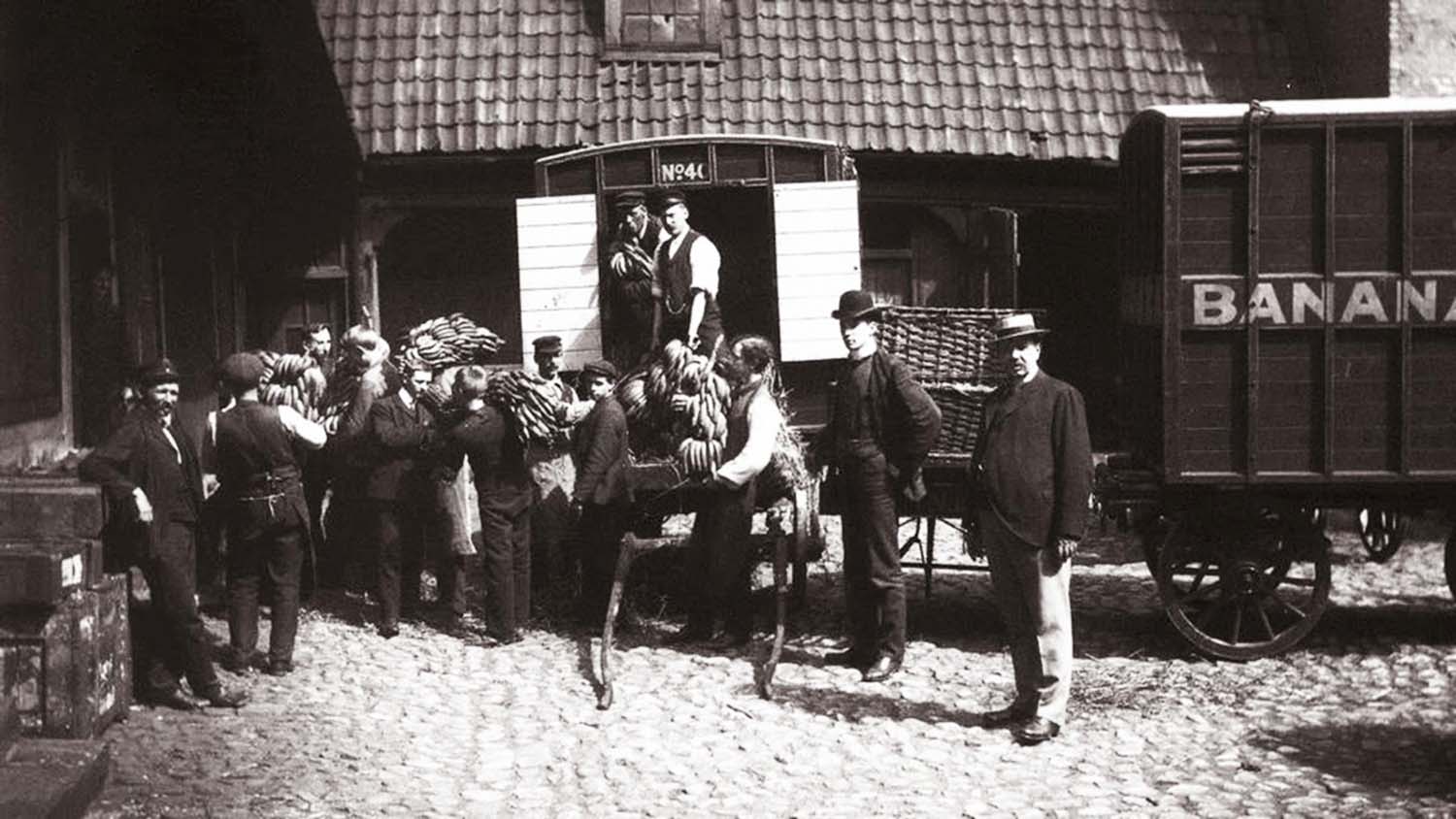 This is one of the first batches of bananas that was sent to Norway. It had a weight of 3,000 kilos and came in crates/boxes. One of the people in this picture is Christian Mathiessen, the founder of Norway’s biggest fruit importer, Bama. Norway was the second country to import bananas in Europe, after the United Kingdom.

It’s very interesting that before global trading became as it is today, people really didn’t encounter many products that weren’t made locally. Seeing an item made in China must have seemed exotic to someone living in Mexico during 1832.

Portuguese sailors brought bananas to Europe from West Africa in the early fifteenth century. Its Guinean name banema, which became banana in English, was first found in print in the seventeenth century. The original banana has been cultivated and used since ancient times, even pre-dating the cultivation of rice.

While the banana thrived in Africa, its origins are said to be of East Asia and Oceania. The banana was carried by sailors to the Canary Islands and the West Indies, finally making it to North America with Spanish missionary Friar Tomas de Berlanga.

Although bananas may only look like a fruit, they represent a wide variety of environmental, economic, social, and political problems. The banana trade symbolizes economic imperialism, injustices in the global trade market, and the globalization of the agricultural economy.

Bananas are also number four on the list of staple crops in the world and one of the biggest profit makers in supermarkets, making them critical for economic and global food security.

As one of the first tropical fruits to be exported, bananas were a cheap way to bring “the tropics” to North America and Europe. Bananas have become such a common, inexpensive grocery item that we often forget where they come from and how they got here. 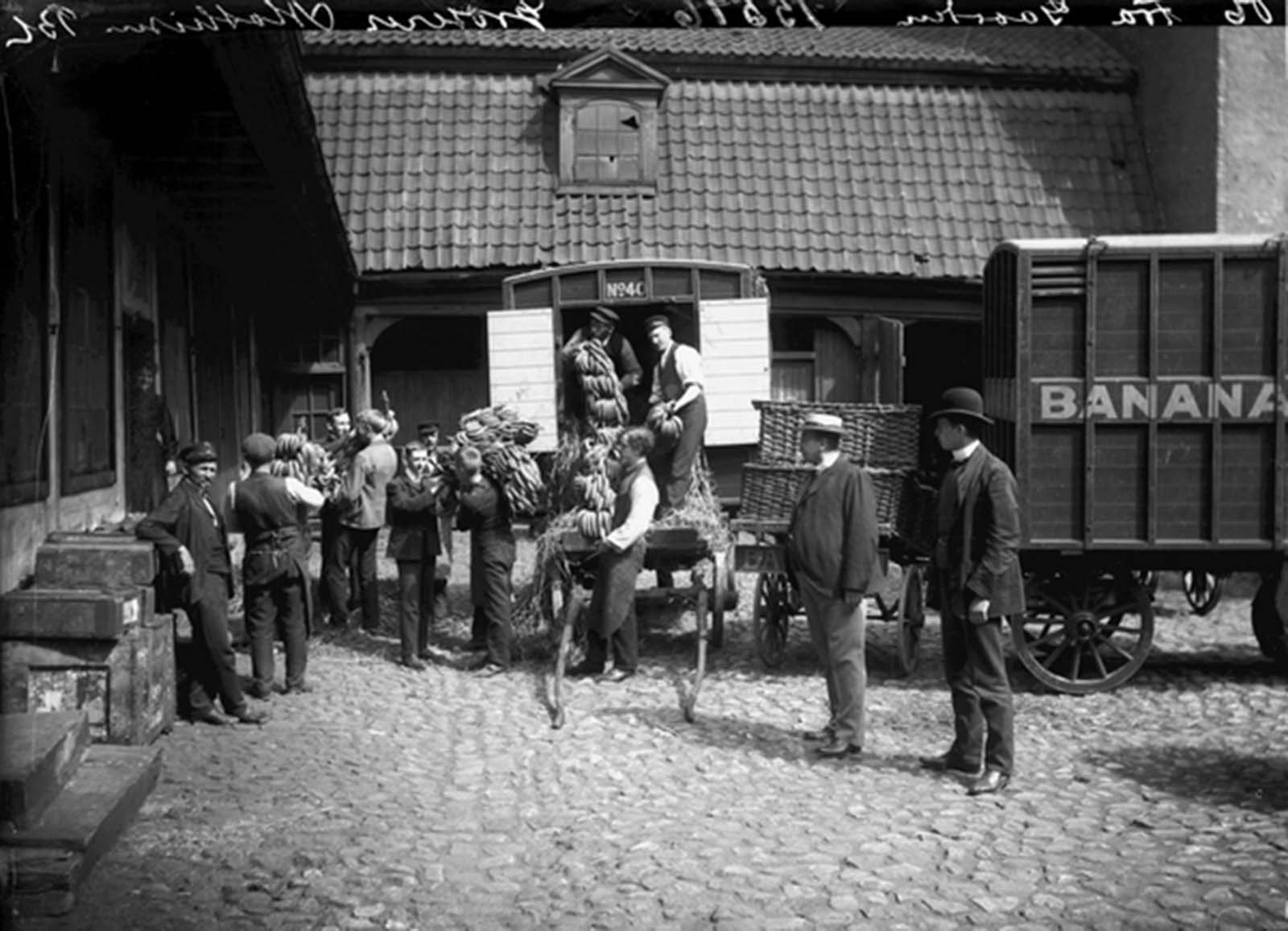 The bananas in the photo are Gros Michel bananas. Gros Michel, often known as Big Mike, is an export cultivar of banana and was, until the 1950s, the main variety exported to the United States. His variety was once the dominant export banana to Europe and North America, grown in South America and Africa.

In the 1950s the Panama disease, a wilt caused by the fungus Fusarium oxysporum, wiped out vast tracts of Gros Michel plantations in South America and Africa, but the cultivar survived in Thailand.

The original Gros Michel is said to have a unique fragrance. The Panama disease inflicted enormous costs and forced producers to switch to other, disease-resistant cultivars. However, new strains of Panama disease threaten the production of today’s most popular cultivar, Cavendish. 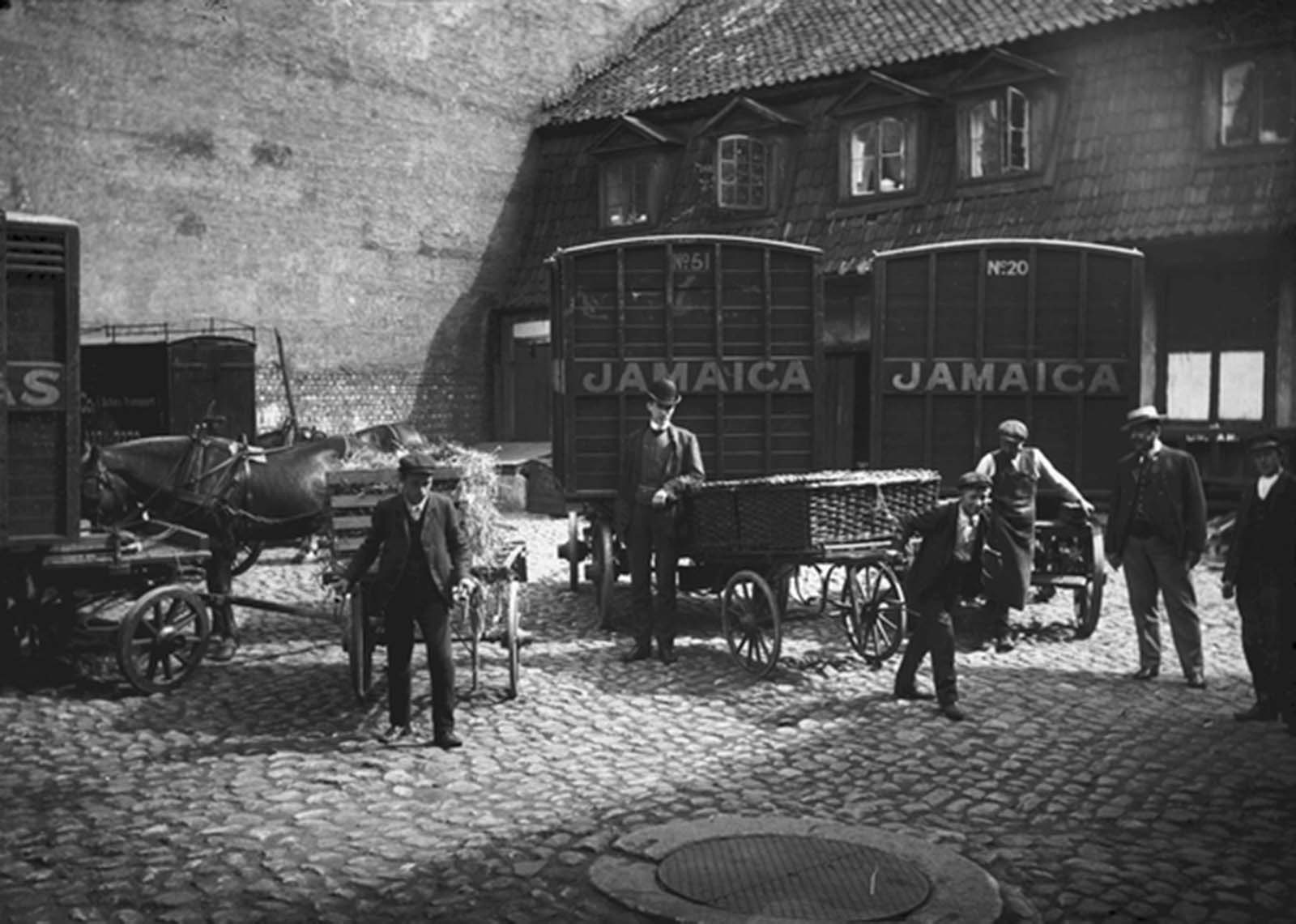 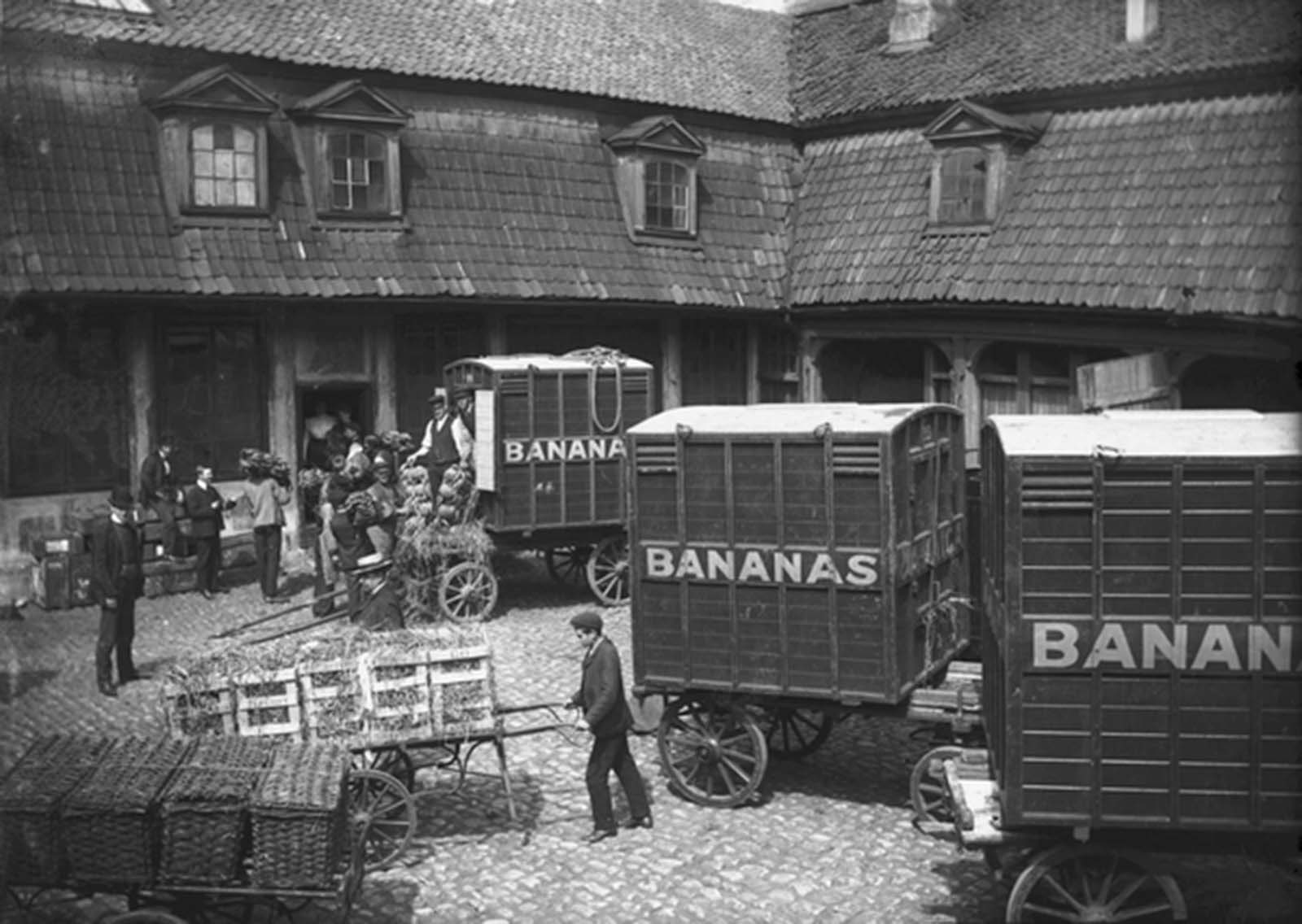 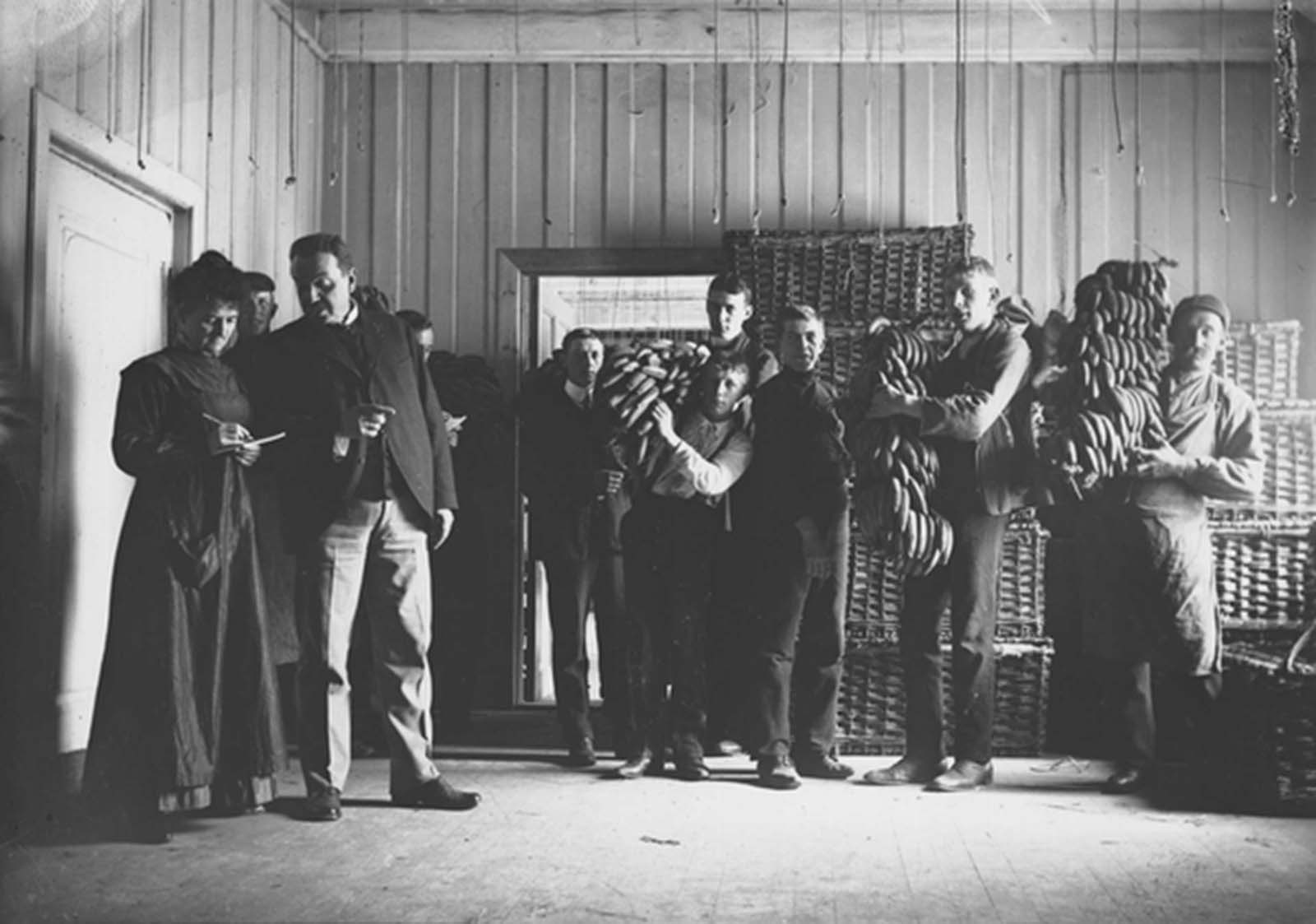