Archduke Franz Ferdinand with his wife on the day they were assassinated by Gavrilo Princip, June 28, 1914.

In an event that is widely acknowledged to have sparked the outbreak of World War I, Archduke Franz Ferdinand, nephew of Emperor Franz Josef and heir to the Austro-Hungarian Empire, was shot to death along with his wife by a Serbian nationalist in Sarajevo, Bosnia, on June 28, 1914.

These assassinations were a spark to the start of World War I, Europe had been boiling for a few years already and was just waiting for a reason to start a war.

His last words after being shot in the neck were to his wife, who was hit in the stomach by a stray second shot. They were: “Sophie! Sophie! Don’t die! Live for our children!“.

He was asked about his condition on the way to the hospital and kept saying “It’s nothing. It’s nothing“, over and over. Sophie died there in the car and he followed 10 minutes after arriving at the hospital.

The great Prussian statesman Otto von Bismarck, the man most responsible for the unification of Germany in 1871, was quoted as saying at the end of his life that: “One day the great European War will come out of some damned foolish thing in the Balkans”. It went as he predicted.

The archduke traveled to Sarajevo in June 1914 to inspect the imperial armed forces in Bosnia and Herzegovina, former Ottoman territories in the turbulent Balkan region that were annexed by Austria-Hungary in 1908 to the indignation of Serbian nationalists, who believed they should become part of the newly independent and ambitious Serbian nation.

The date scheduled for his visit, June 28, coincided with the anniversary of the First Battle of Kosovo in 1389, in which medieval Serbia was defeated by the Turks.

Despite the fact that Serbia did not truly lose its independence until the Second Battle of Kosovo in 1448, June 28 was a day of great significance to Serbian nationalists and one on which they could be expected to take exception to a demonstration of Austrian imperial strength in Bosnia. 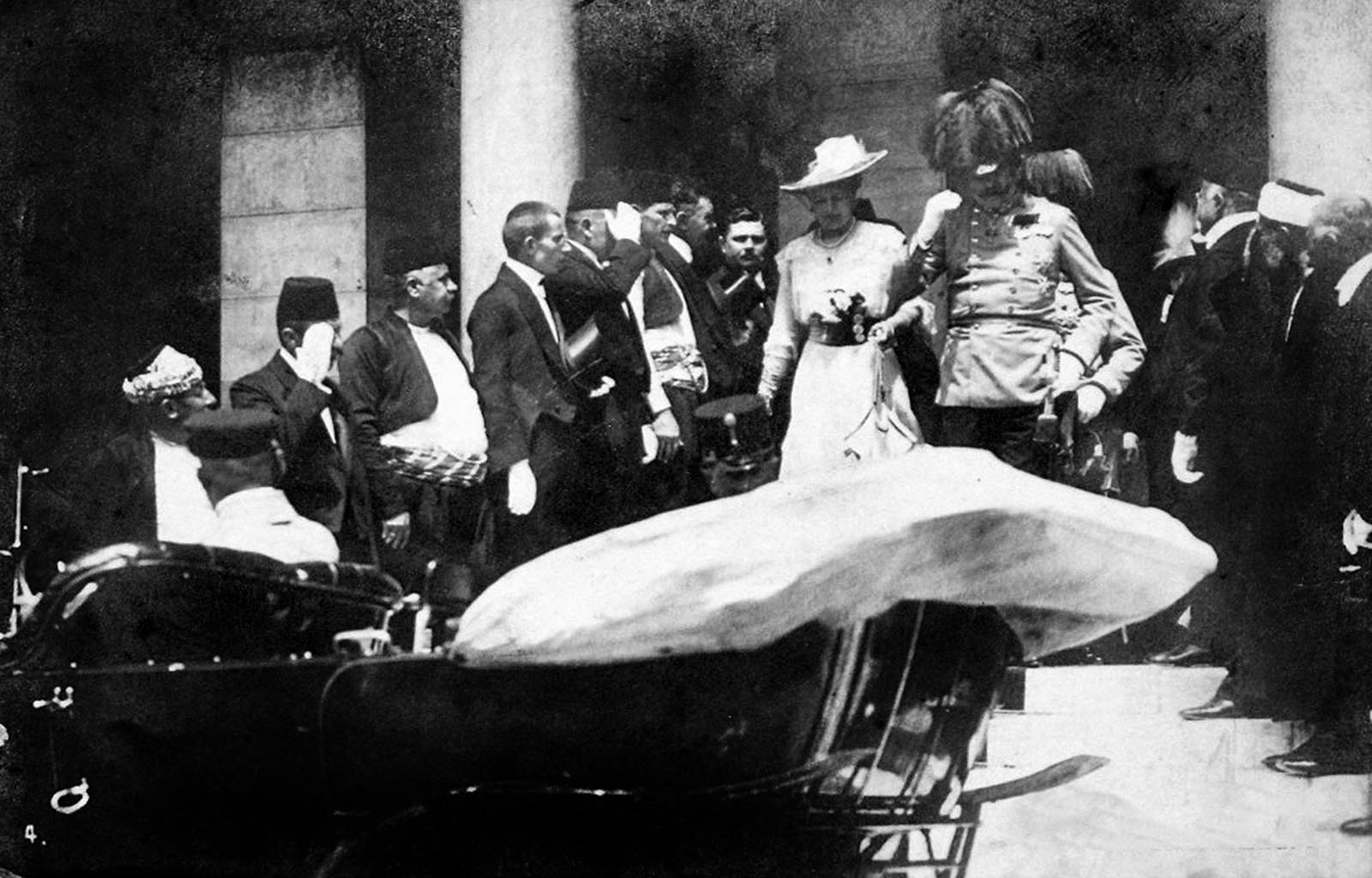 Photograph of the Archduke and his wife emerging from the Sarajevo Town Hall to board their car, a few minutes before the assassination.

June 28 was also Franz Ferdinand’s wedding anniversary. His beloved wife, Sophie, a former lady-in-waiting, was denied royal status in Austria due to her birth as a poor Czech aristocrat, as were the couple’s children.

In Bosnia, however, due to its limbo status as an annexed territory, Sophie could appear beside him at official proceedings.

On June 28, 1914, then, Franz Ferdinand and Sophie were touring Sarajevo in an open car, with surprisingly little security, when Serbian nationalist Nedjelko Cabrinovic threw a bomb at their car; it rolled off the back of the vehicle and wounded an officer and some bystanders.

Later that day, on the way to visit the injured officer, the archduke’s procession took a wrong turn at the junction of Appel Quay and Franzjosefstrasse, where one of Cabrinovic’s cohorts, 19-year-old Gavrilo Princip, happened to be loitering.

Seeing his opportunity, Princip fired into the car, shooting Franz Ferdinand and Sophie at point-blank range. Princip then turned the gun on himself but was prevented from shooting it by a bystander who threw himself upon the young assassin. 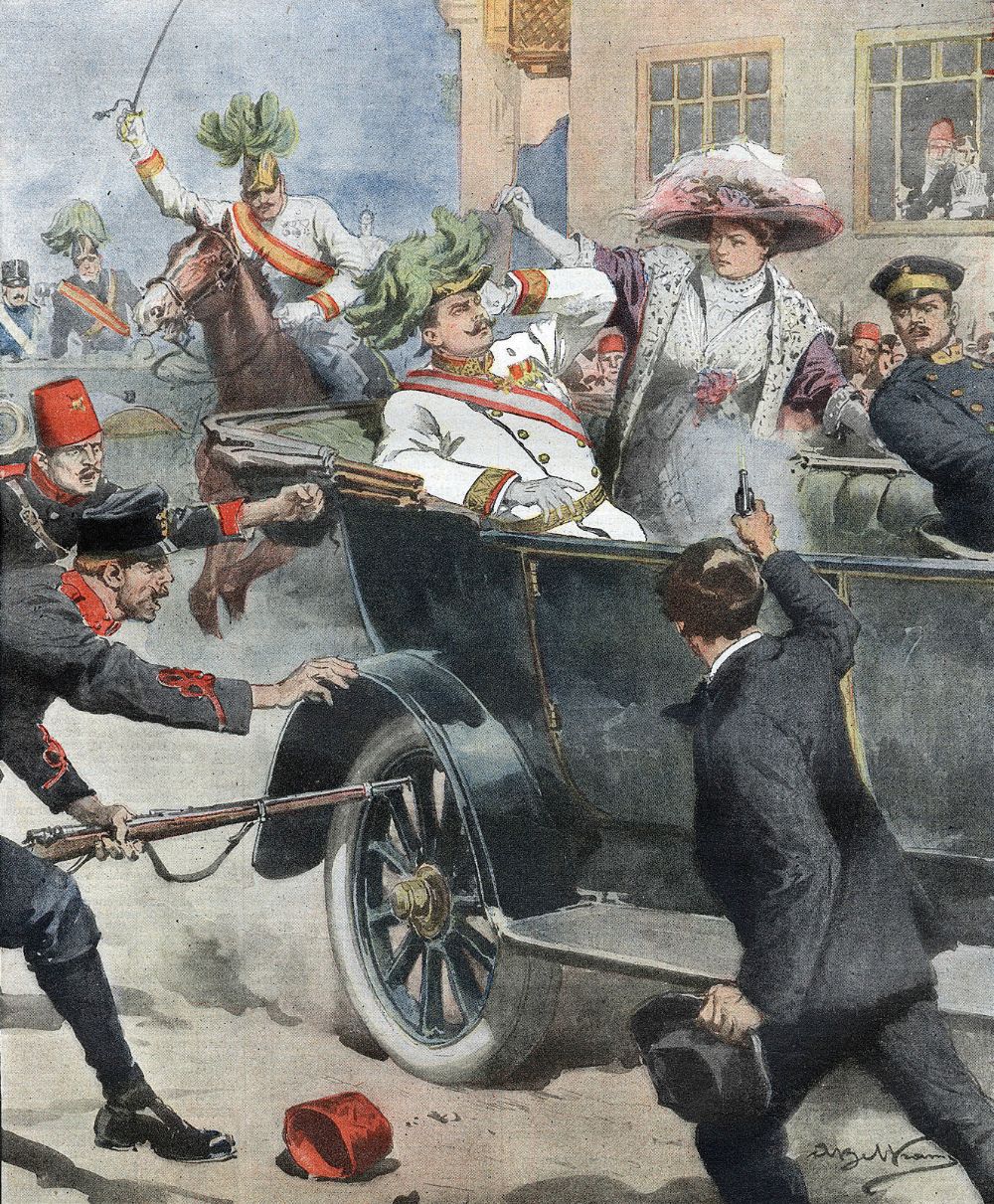 A mob of angry onlookers attacked Princip, who fought back and was subsequently wrestled away by the police. Meanwhile, Franz Ferdinand and Sophie lay fatally wounded in their limousine as they rushed to seek help; they both died within the hour.

The assassination of Franz-Ferdinand and Sophie set off a rapid chain of events: Austria-Hungary, like many in countries around the world, blamed the Serbian government for the attack and hoped to use the incident as justification for settling the question of Slav nationalism once and for all.

As Russia supported Serbia, an Austro-Hungarian declaration of war was delayed until its leaders received assurances from German leader Kaiser Wilhelm that Germany would support their cause in the event of a Russian intervention–which would likely involve Russia’s ally, France, and possibly Britain as well.

On July 28, Austria-Hungary declared war on Serbia, and the tenuous peace between Europe’s great powers collapsed.

Within a week, Russia, Belgium, France, Great Britain, and Serbia had lined up against Austria-Hungary and Germany, and World War I had begun. 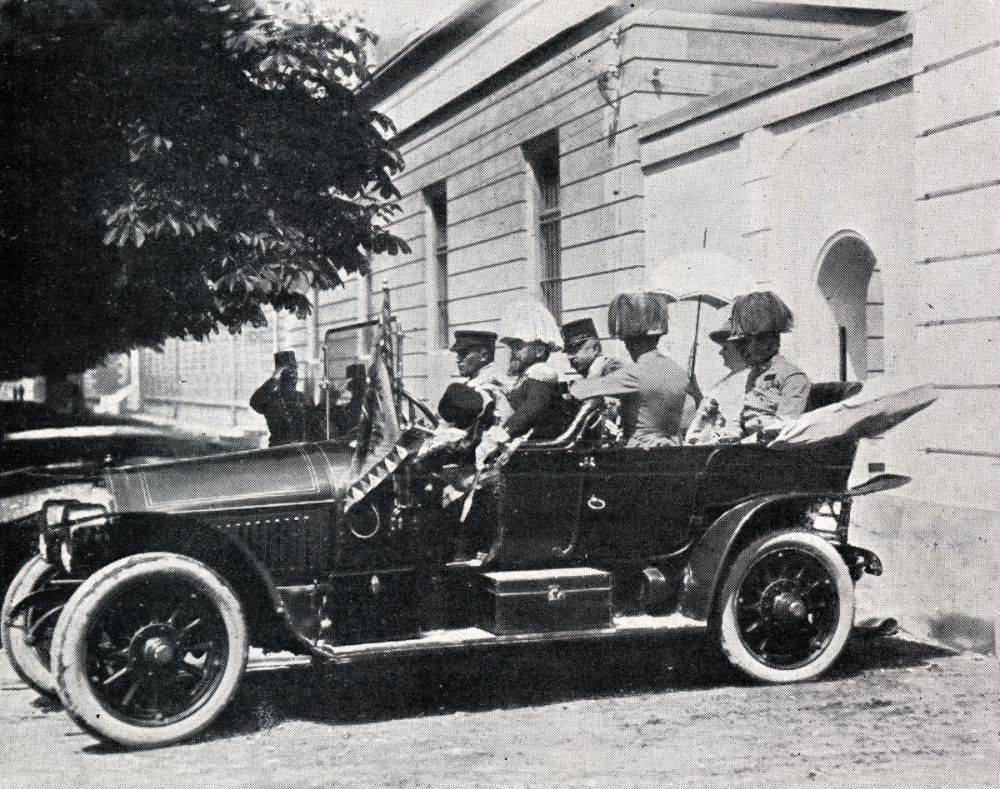 The Archduke and Duchess in the car, the morning they were killed. Sarajevo, June 28, 1914. 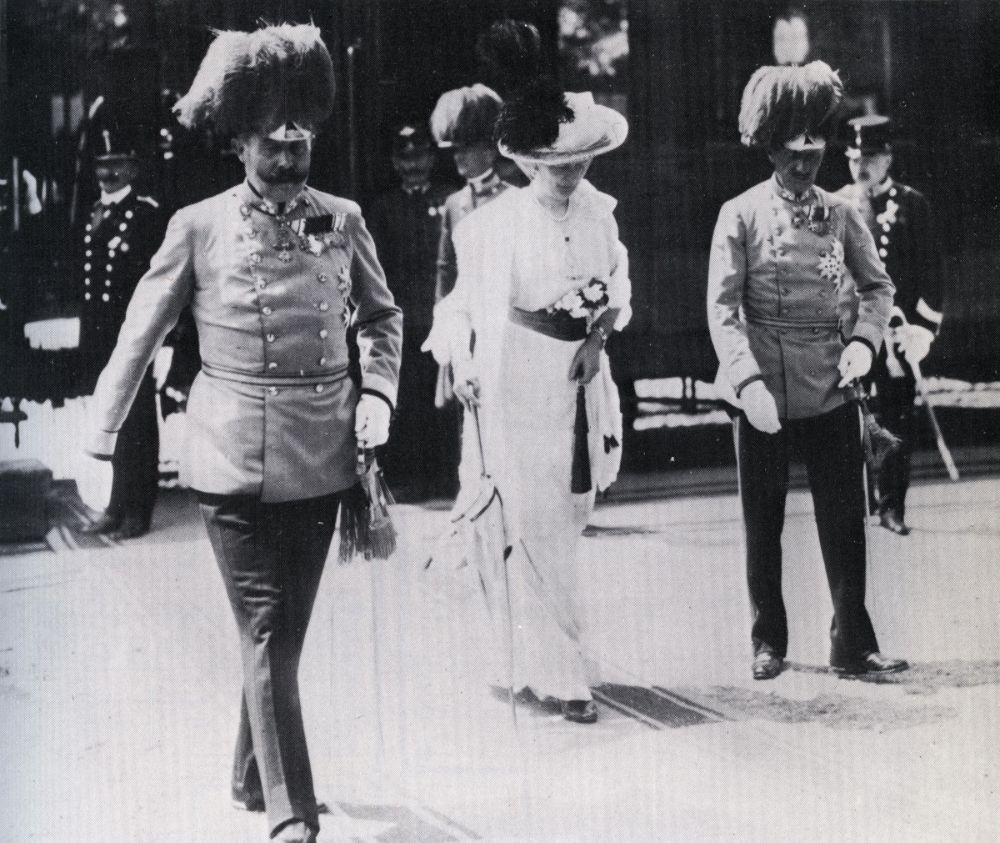 The Archduke and his wife leaving the train in Sarajevo, June 28, 1914. 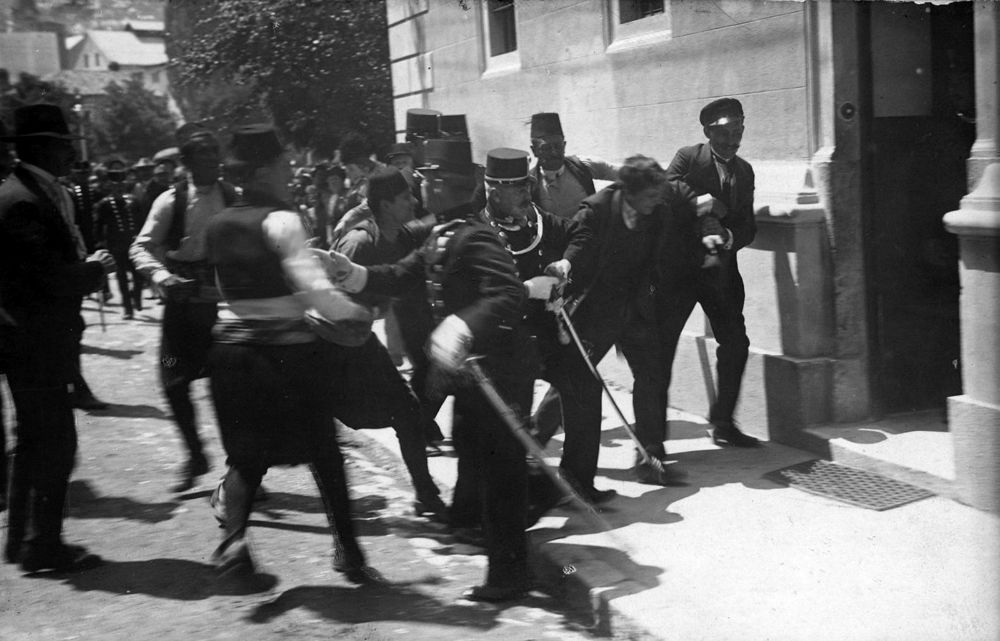 This picture is often said to depict the arrest of Gavrilo Princip, although several scholars say that it depicts the arrest of Ferdinand Behr, a bystander who was initially suspected of involvement in the assassination. Gavrilo Pricip is arrested moments after the assassination. 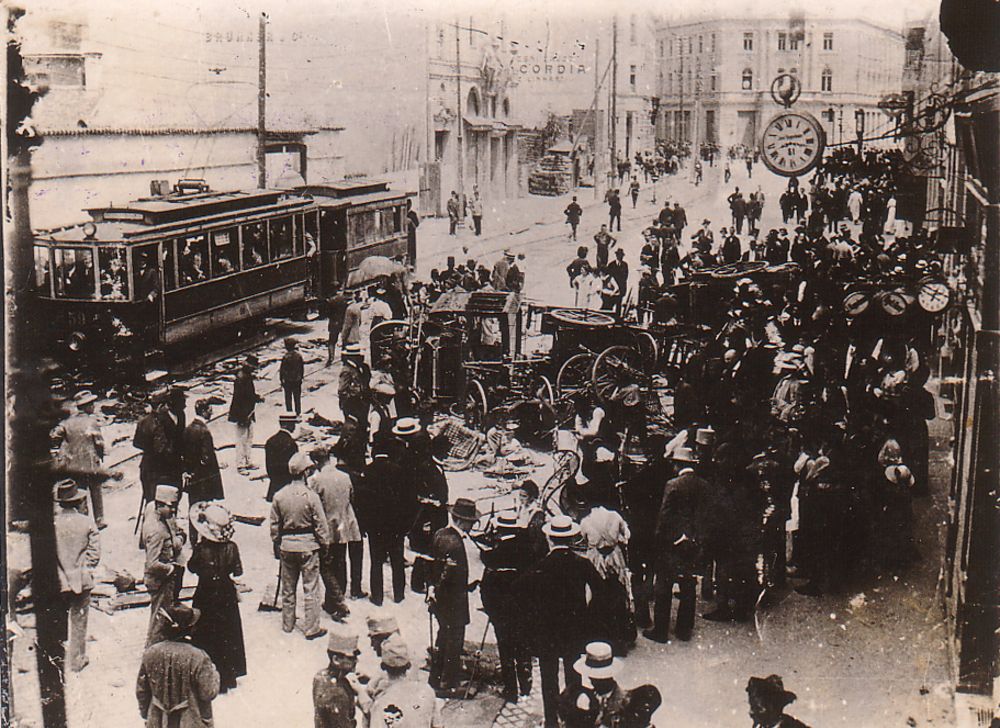 Crowds on the streets in the aftermath of the Anti-Serb riots in Sarajevo, 29 June 1914. 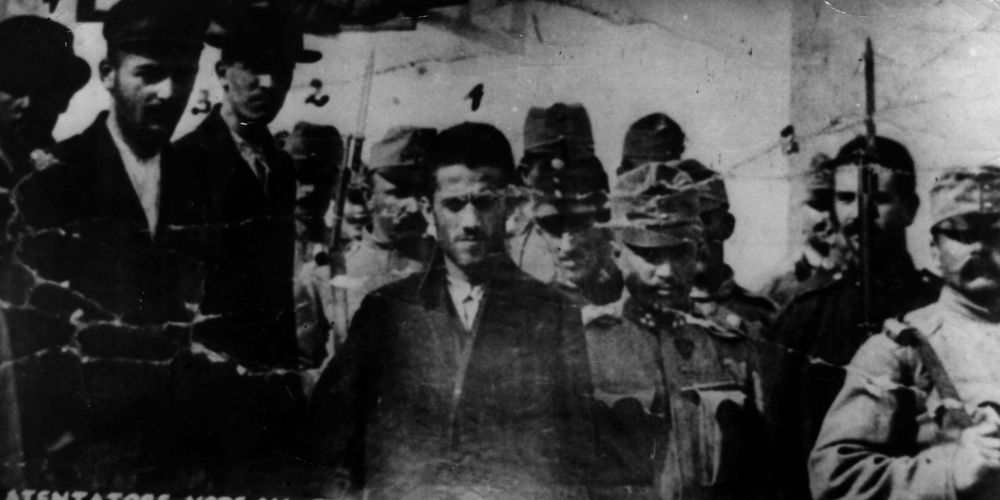 Gavrilo Princip outside the courthouse. 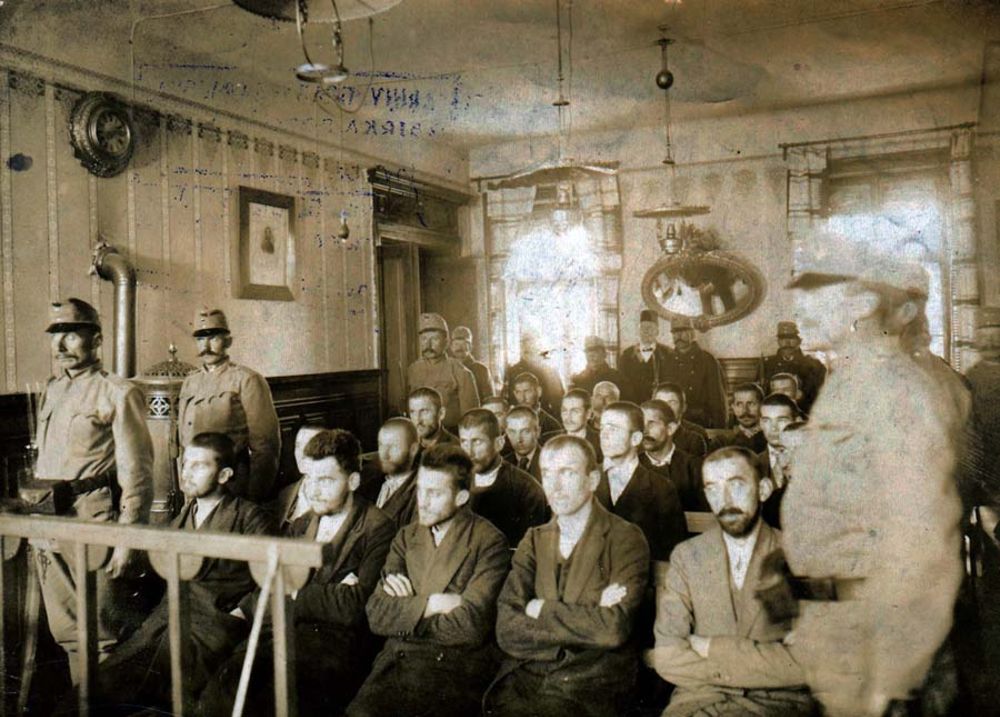 Gavrilo Princip, seated in the center of the first row, on trial on 5 December 1914. 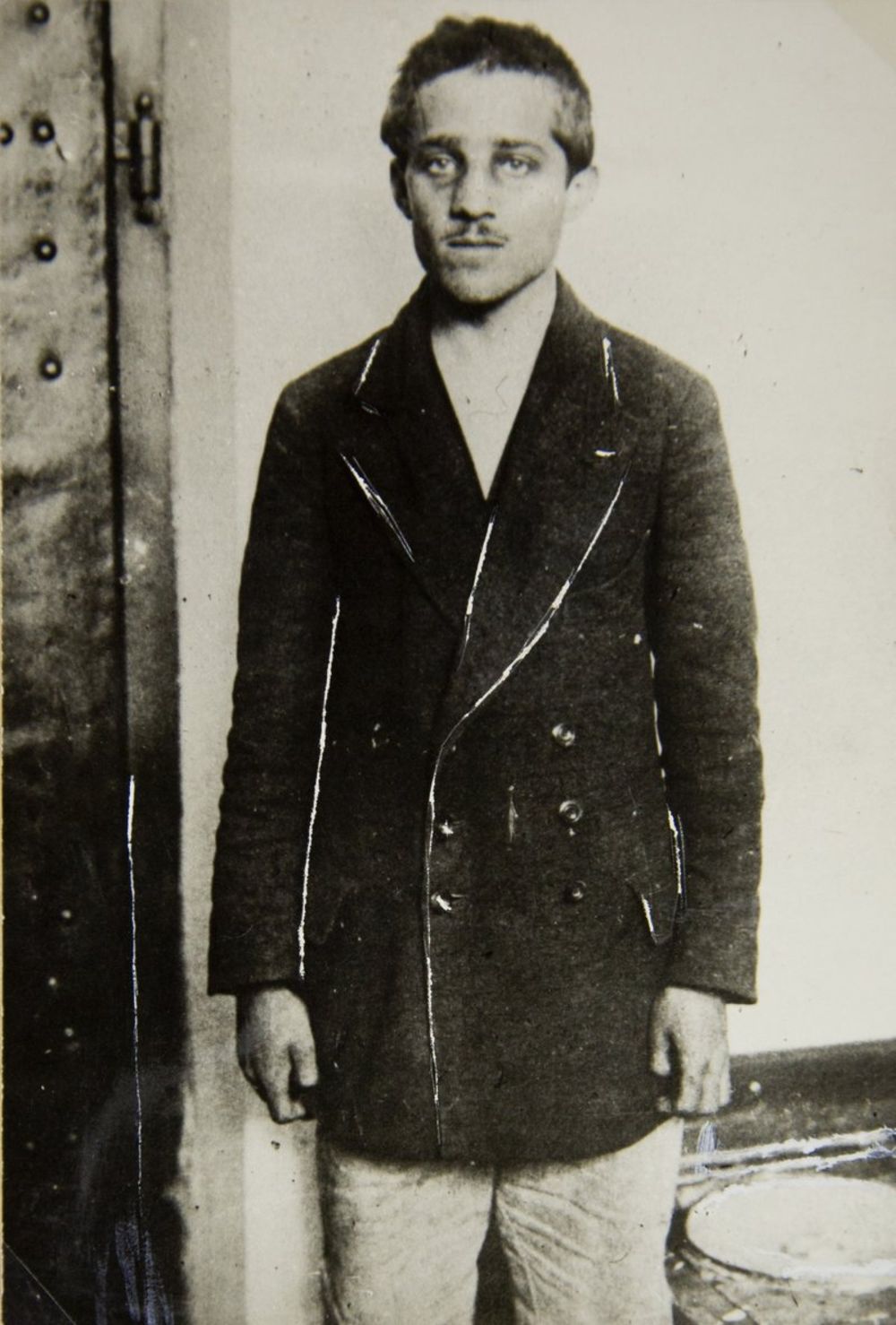 Gavrilo Princip, a 19-year-old Bosnian Serb, was arrested for the assassination of Ferdinand. 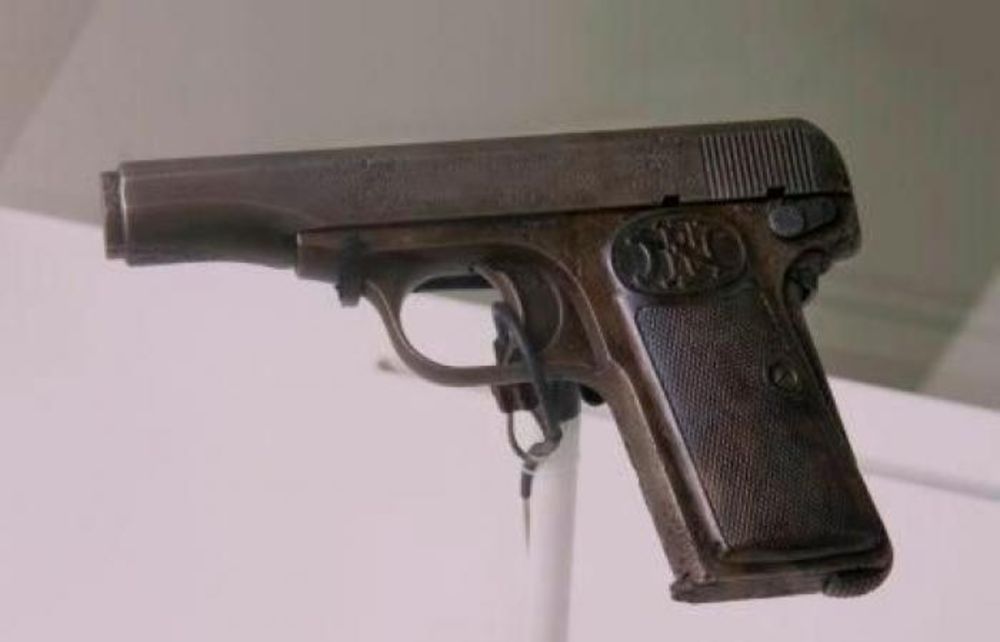 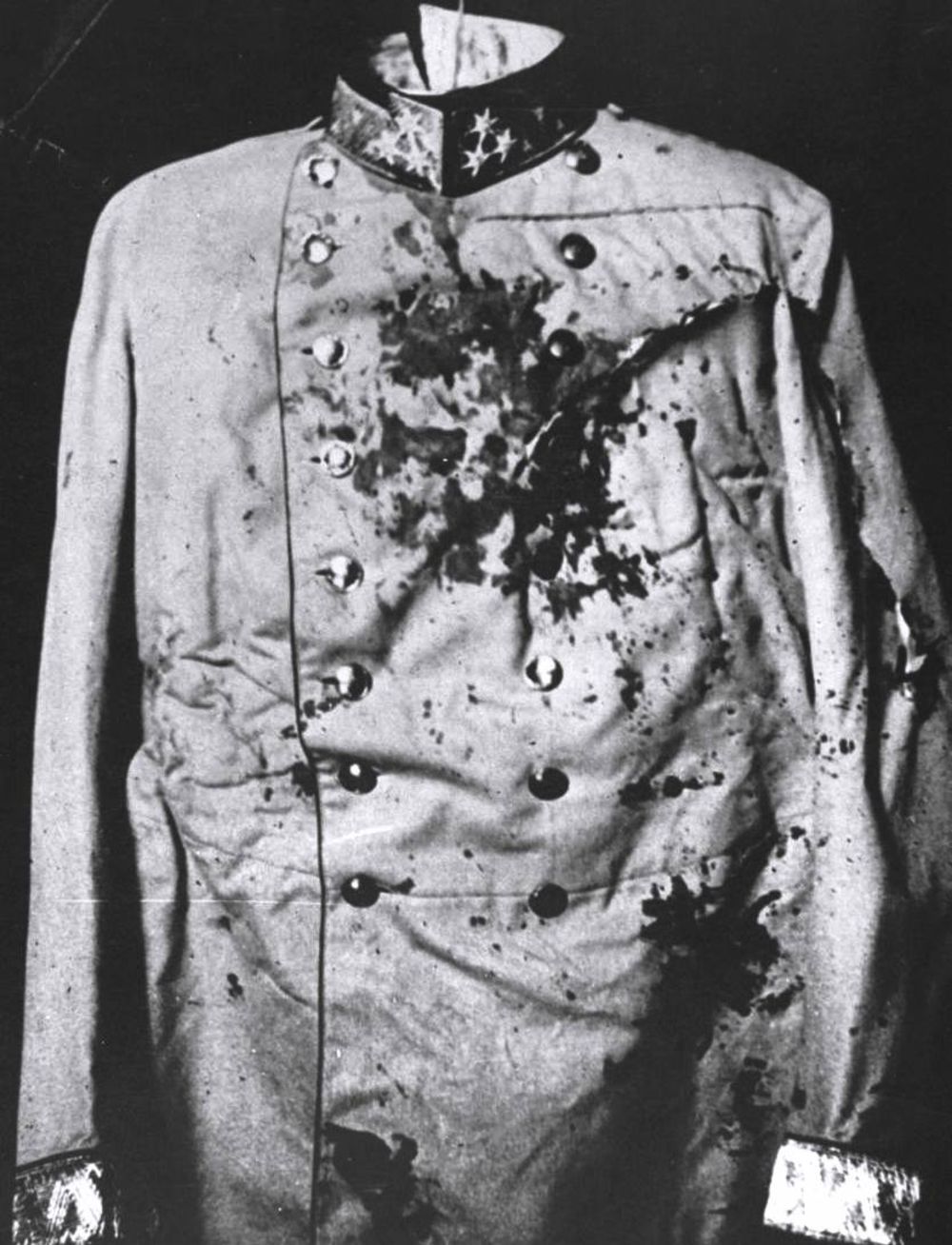 The bloodstained uniform of Archduke Franz Ferdinand of Austria, being displayed sometime after his assassination. 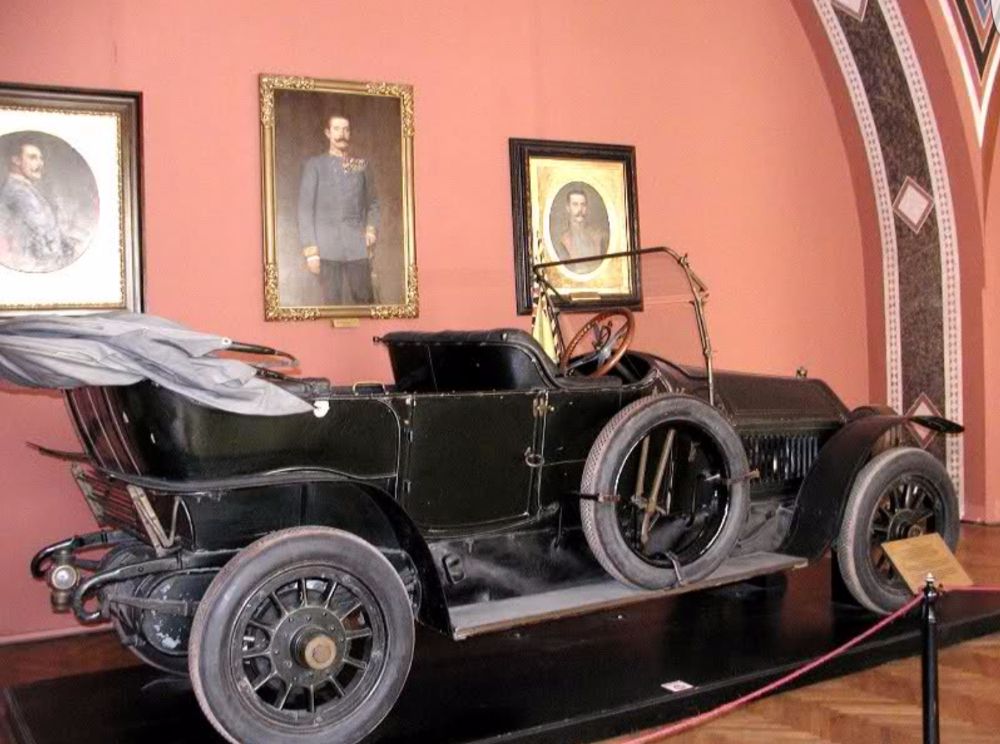 The 1911 Gräf & Stift 28/32 PS Double Phaeton in which Archduke Franz Ferdinand was riding at the time of his assassination, Museum of Military History, Vienna.