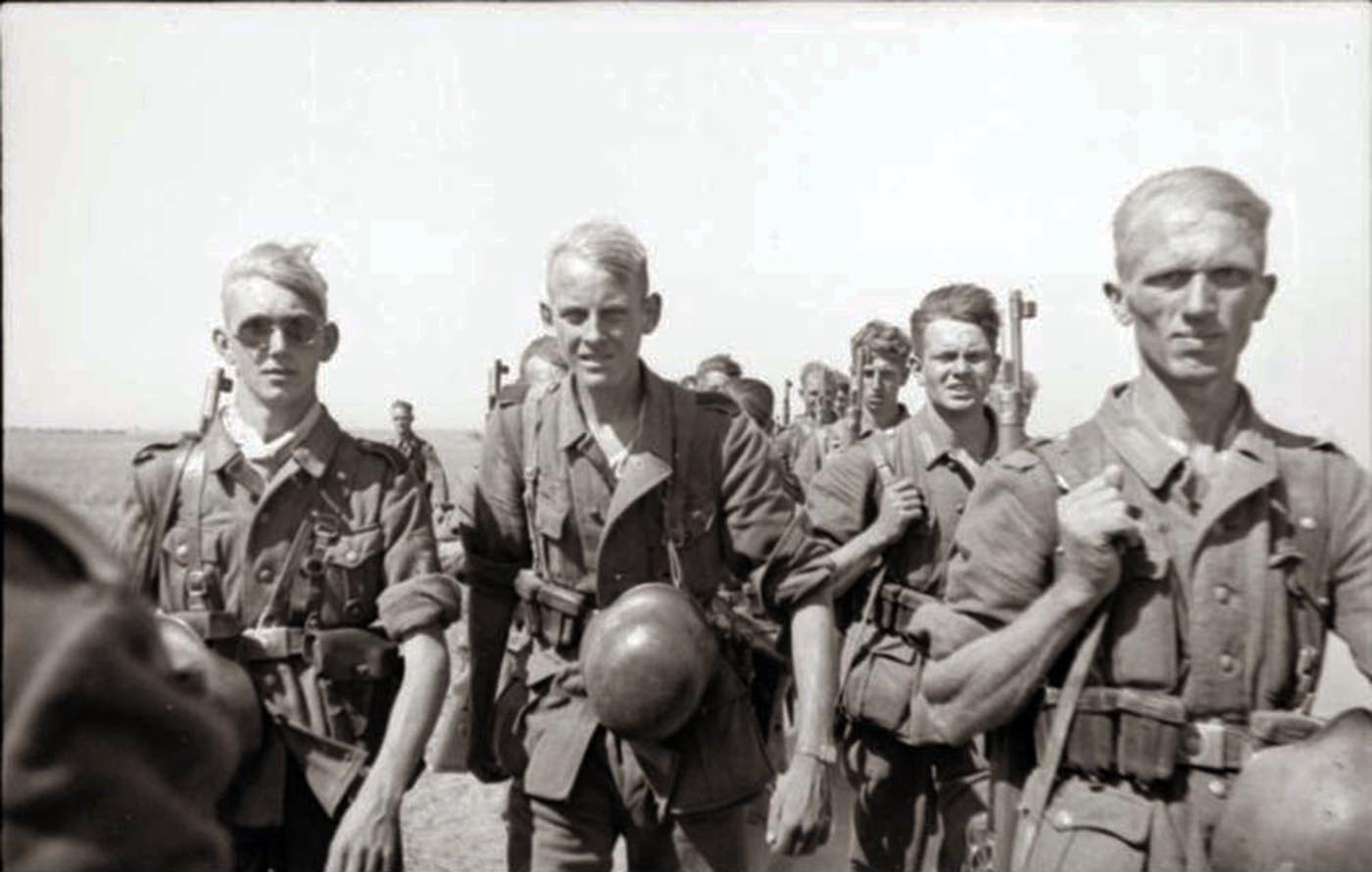 These kids had no idea what kind of hell was about to be unleashed on them. They’re literally marching to hell. It’s kind of eerie looking at the men in this picture and realizing that statistically speaking, they most likely never saw 1944. Those sunglasses are privately own, probably pretty expensive. Sunglasses were only issued for Afrika Korps troops and for motorcycles, but not for infantry.

Based on previous battlefield successes, the Germans were expecting fierce fighting, but winning Stalingrad with reasonable losses. Up until that point, when it comes to ground war, the Germany had only experienced “setbacks”, such as the Battle of Moscow, following which, they continued to encircle and destroy the Soviets in the Spring of 1942. They still thought themselves to be unstoppable and were confident in their ultimate victory. The kind of brutal, unprecedented, close quarters street fighting and then utter devastation of an entire army in Stalingrad, was a completely new experience for them. Sure they knew there would be fierce fighting, but they weren’t expected to be involved on one of the most gruesome and horrible battles to ever be fought. 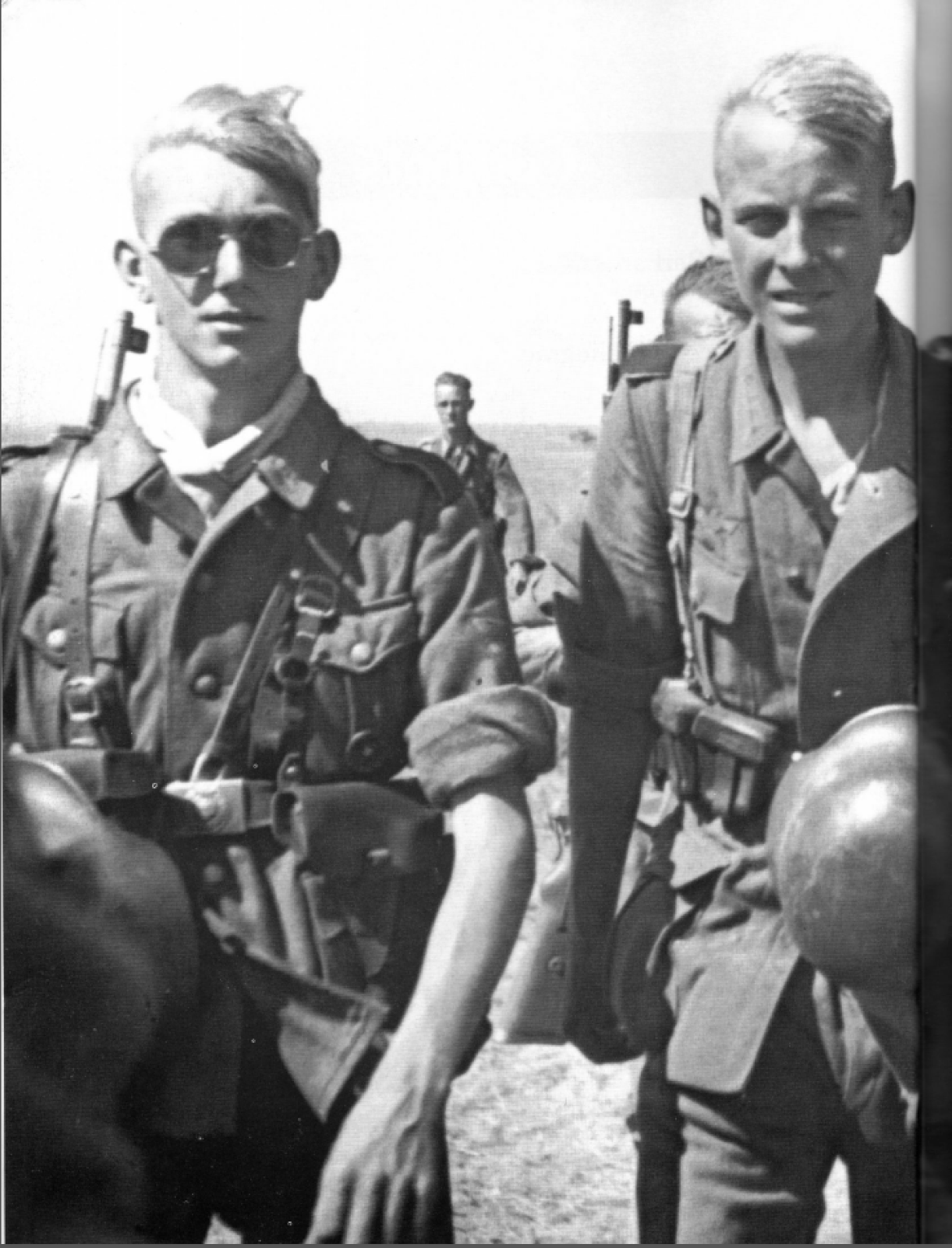 Out of the nearly 110,000 German prisoners captured in Stalingrad, only about 6,000 ever returned. Already weakened by disease, starvation and lack of medical care during the encirclement, they were sent on death marches (75,000 survivors died within 3 months of capture) to prisoner camps and later to labor camps all over the Soviet Union. Some 35,000 were eventually sent on transports, of which 17,000 did not survive. Most died of wounds, disease (particularly typhus), cold, overwork, mistreatment, and malnutrition.