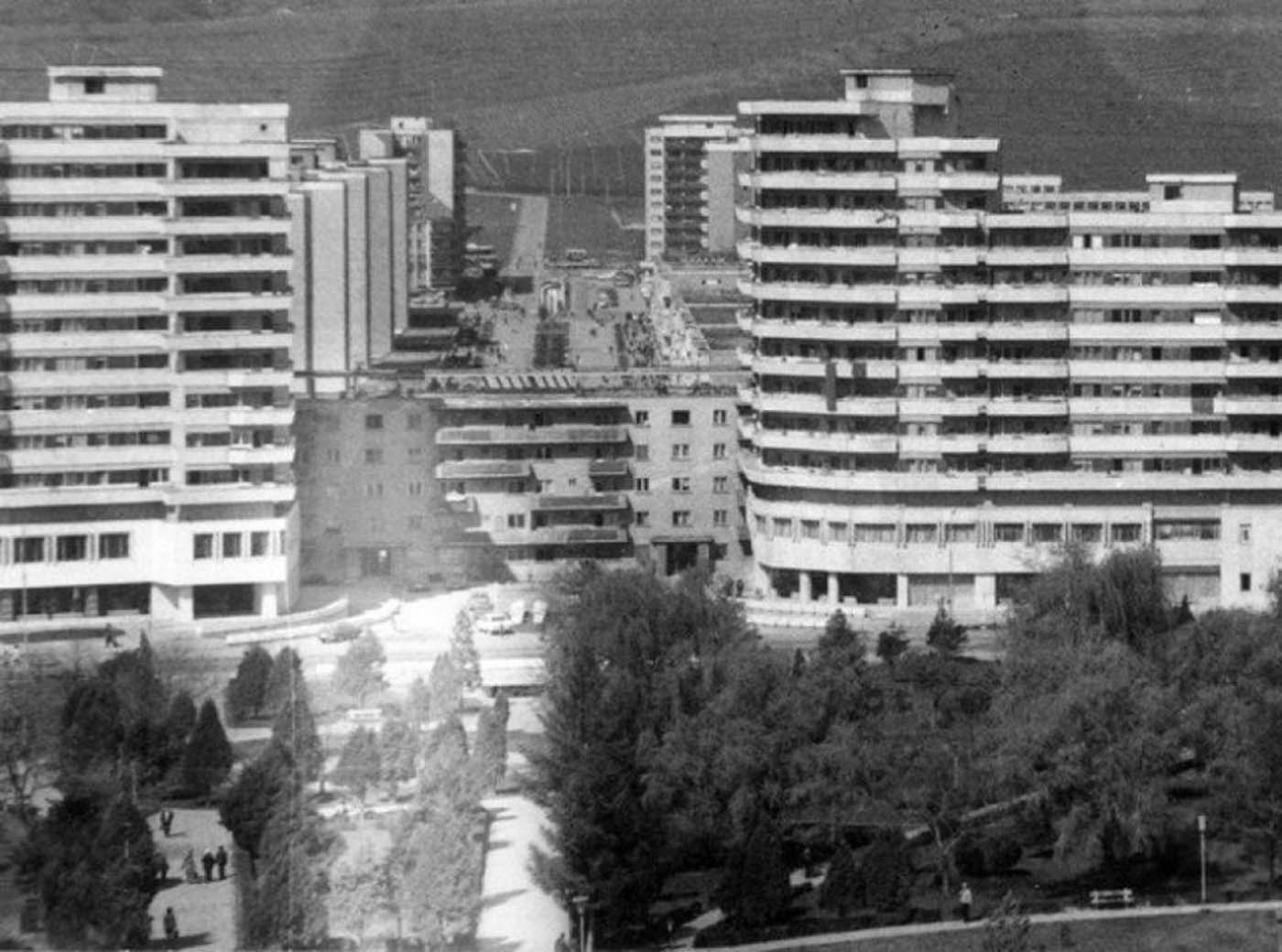 During the Communist Era in Romania, huge massive Soviet-style apartment buildings were built everywhere. In the city of Alba Iulia, they were planning a majestic boulevard but realized one of those ugly monsters got in their way.

The solution? They split it in two and moved one of the halves to the other side of the road. They dug under the building, put railways and wheels, and moved it 55 meters away (180 ft).

The whole operation took 5 hours and 40 minutes and the (now) 2 separate buildings were moved apart on a 33-degree inclined angle. All this was done with the residents still inside the building. A woman decided to place a glass of water on the edge of her balcony and it didn’t spill a drop.

A network of hydraulic jacks is placed under the framework and controlled by a unified jacking system, elevating the structure off the foundation.

An older, low-technology method is to use building jacks called screw jacks or jackscrews which are manually turned. 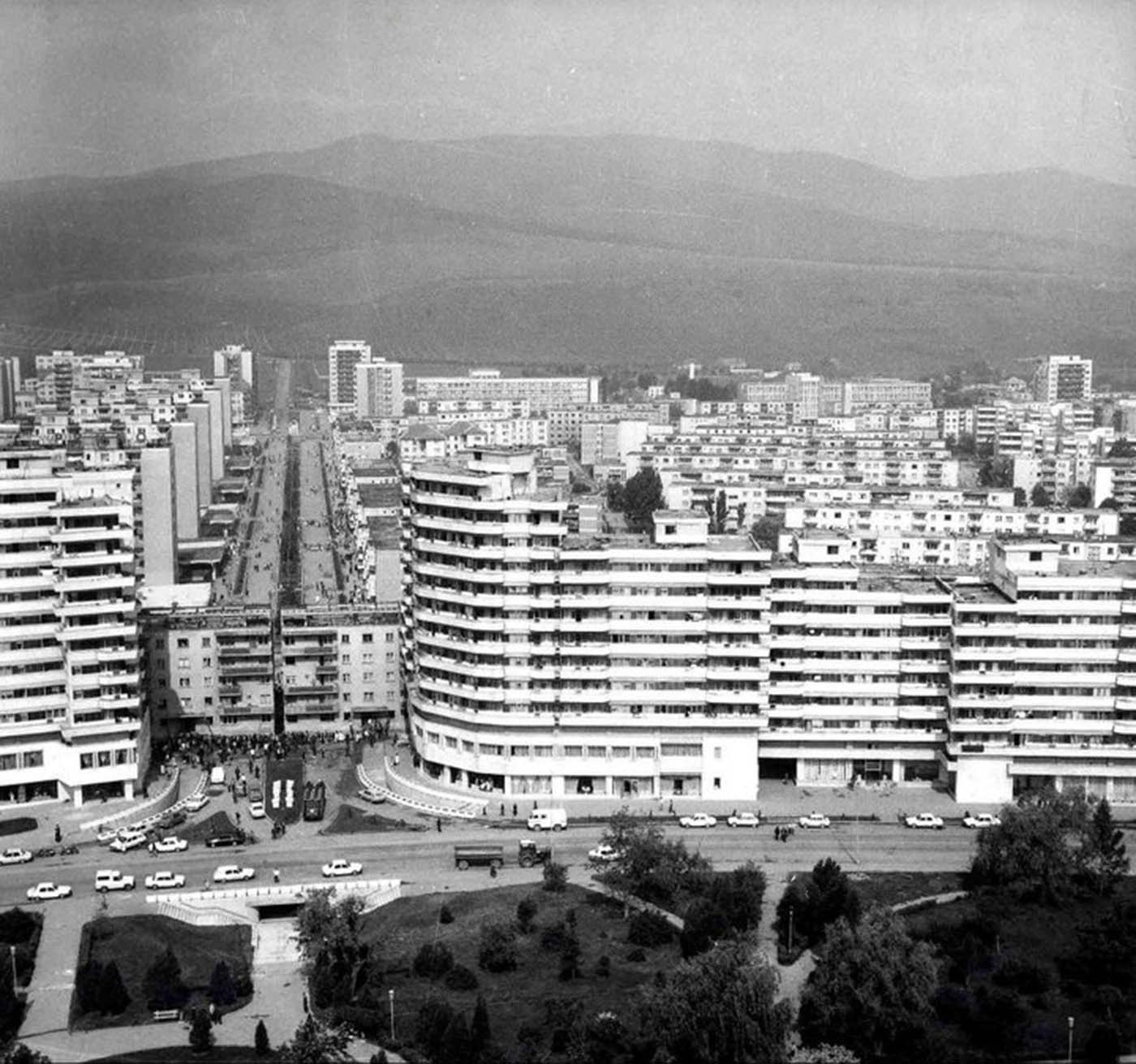 Ceausescu, the communist leader of Romania, liked to change the streets. He would literally go through cities, decide that this building or that shouldn’t be there (he really didn’t like churches, for instance), and either ordered it demolished, or moved.

With both types of jacking systems described here wood beams called cribs, cribbing, or box cribs are stacked into piles to support both the structure and the jacks as the structure is lifted in increments.

Once the structure is at a sufficient height, a flatbed truck or hydraulic dollies are placed under the steel framework to support moves to the final destination. After the move, the structure is lowered reversing the steps just applied.

Systematization (Romanian: Sistematizarea) in Romania refers to a program of urban planning carried out under Nicolae Ceaușescu’s communist regime.

Ceausescu was impressed by ideological mobilization and mass adulation of North Korea’s Juche ideology during his Asia visit in 1971 and began the campaign shortly afterward.

Beginning in 1974, systematization consisted largely of the demolition and reconstruction of existing villages, towns, and cities, in whole or in part, with the stated goal of turning Romania into a “multilaterally developed socialist society”. 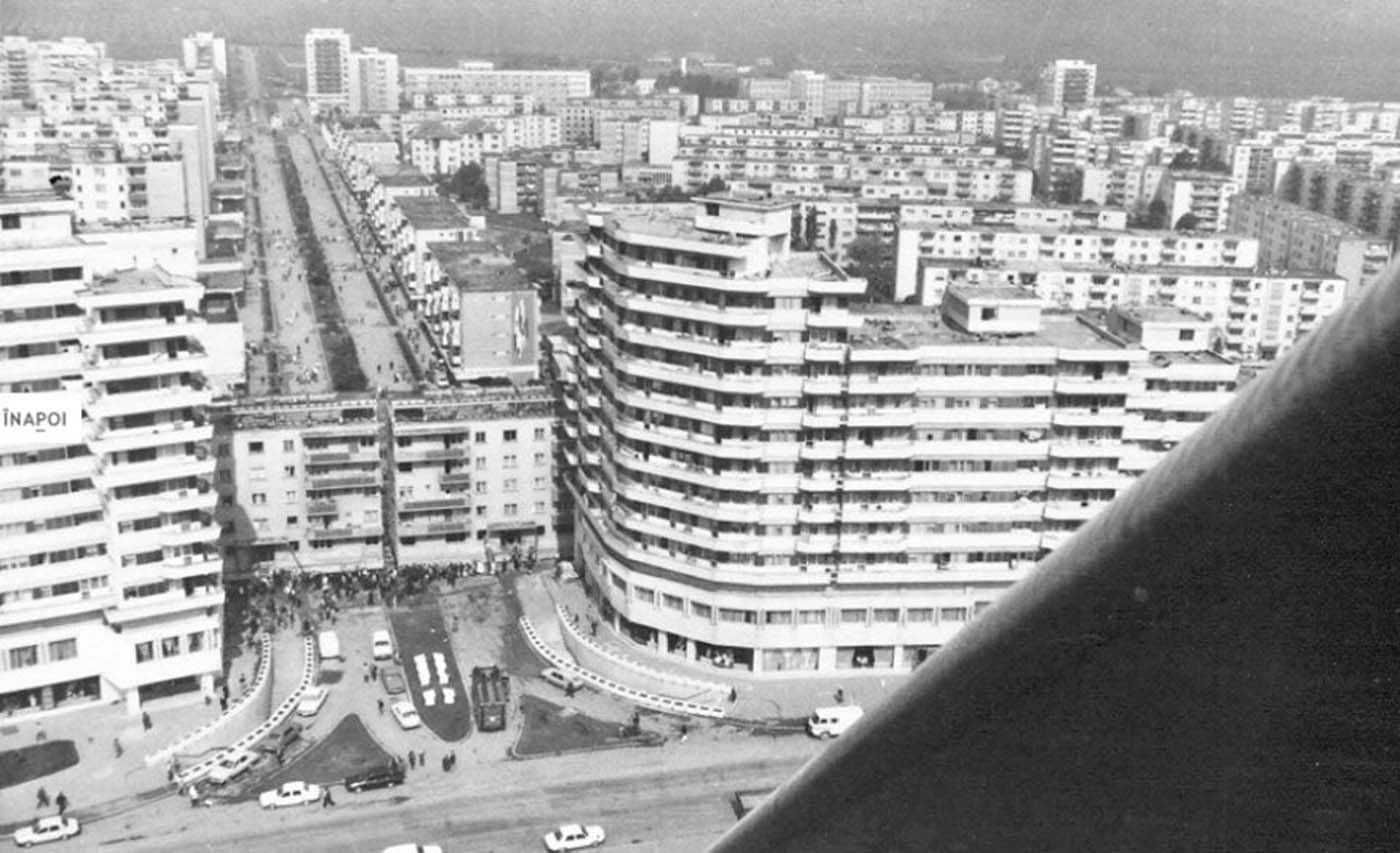 The cost of repositioning the structure was cheaper than demolishing and rebuilding it from the scratch. 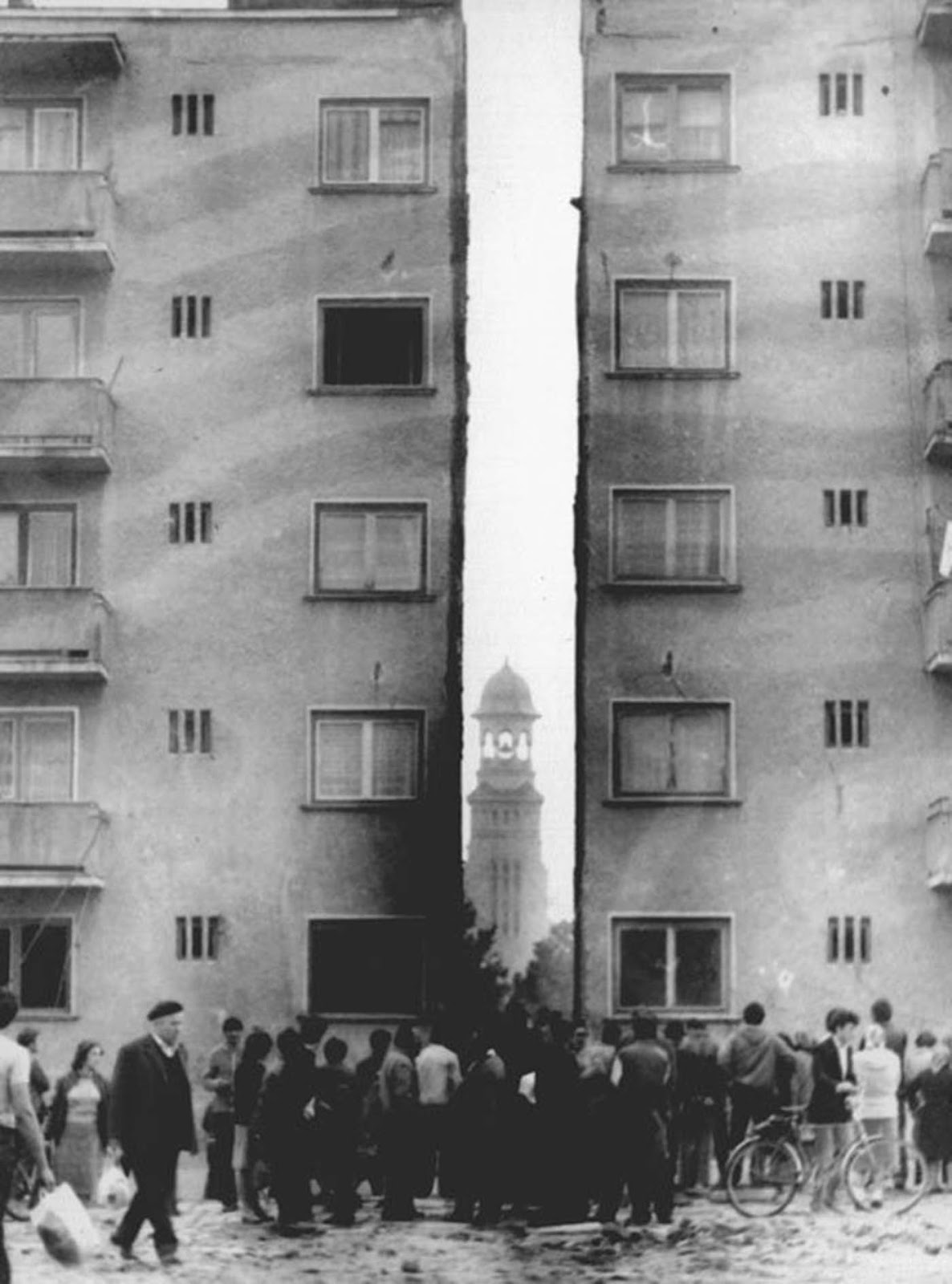 The engineers decided to split the 7,600-ton structure in half. 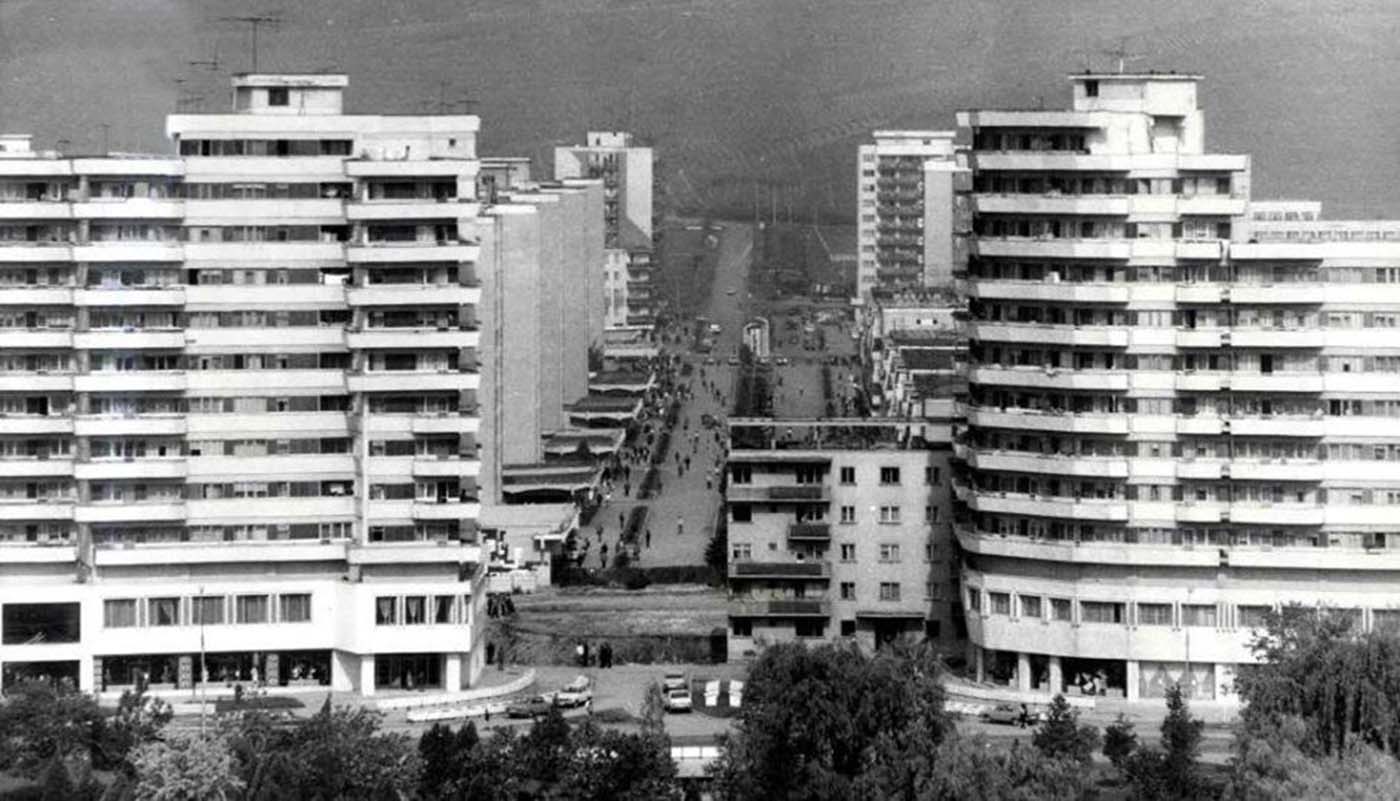 The picture shows one half being relocated. 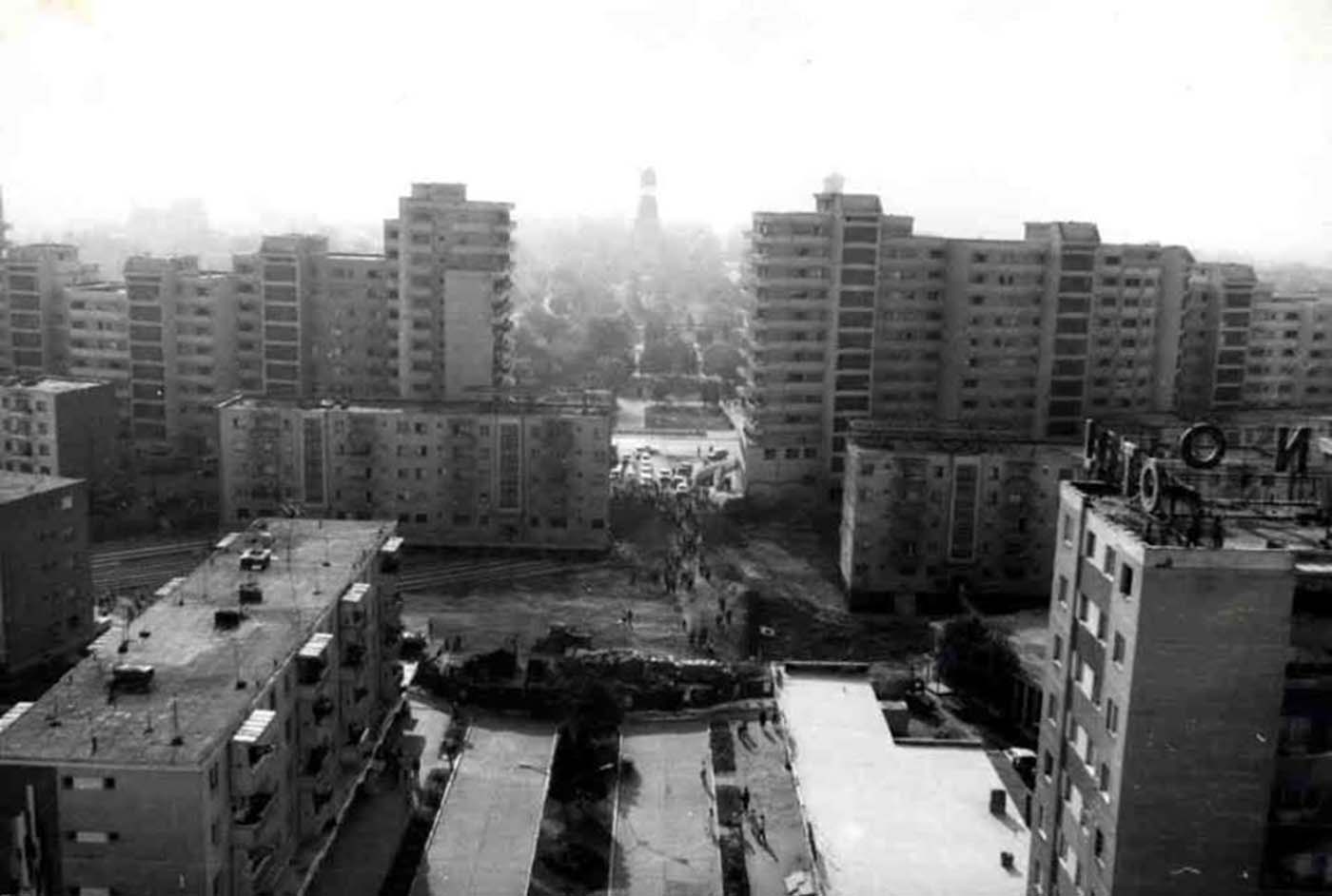 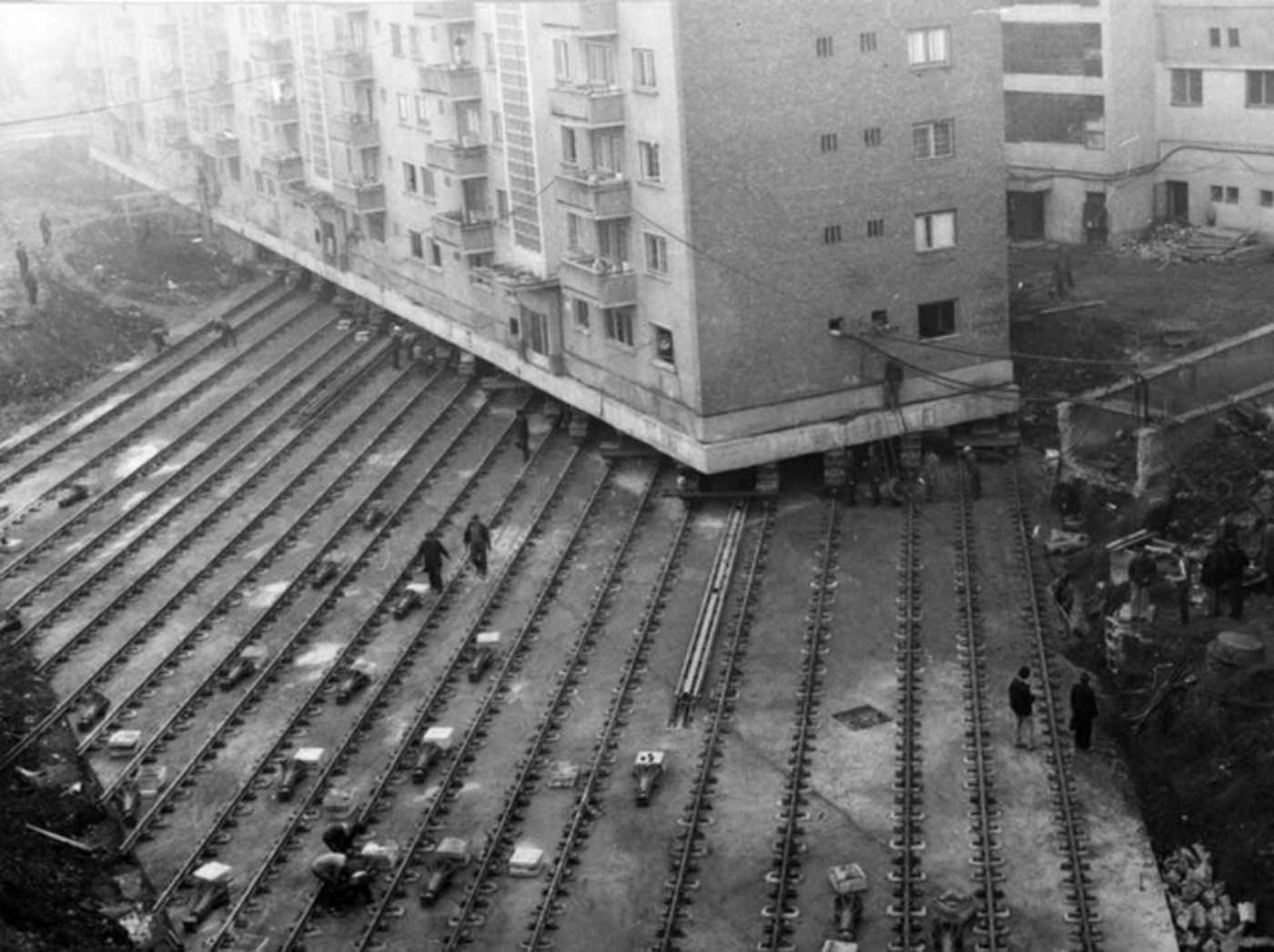 A network of hydraulic jacks is placed under the framework and controlled by a unified jacking system, elevating the structure off the foundation. 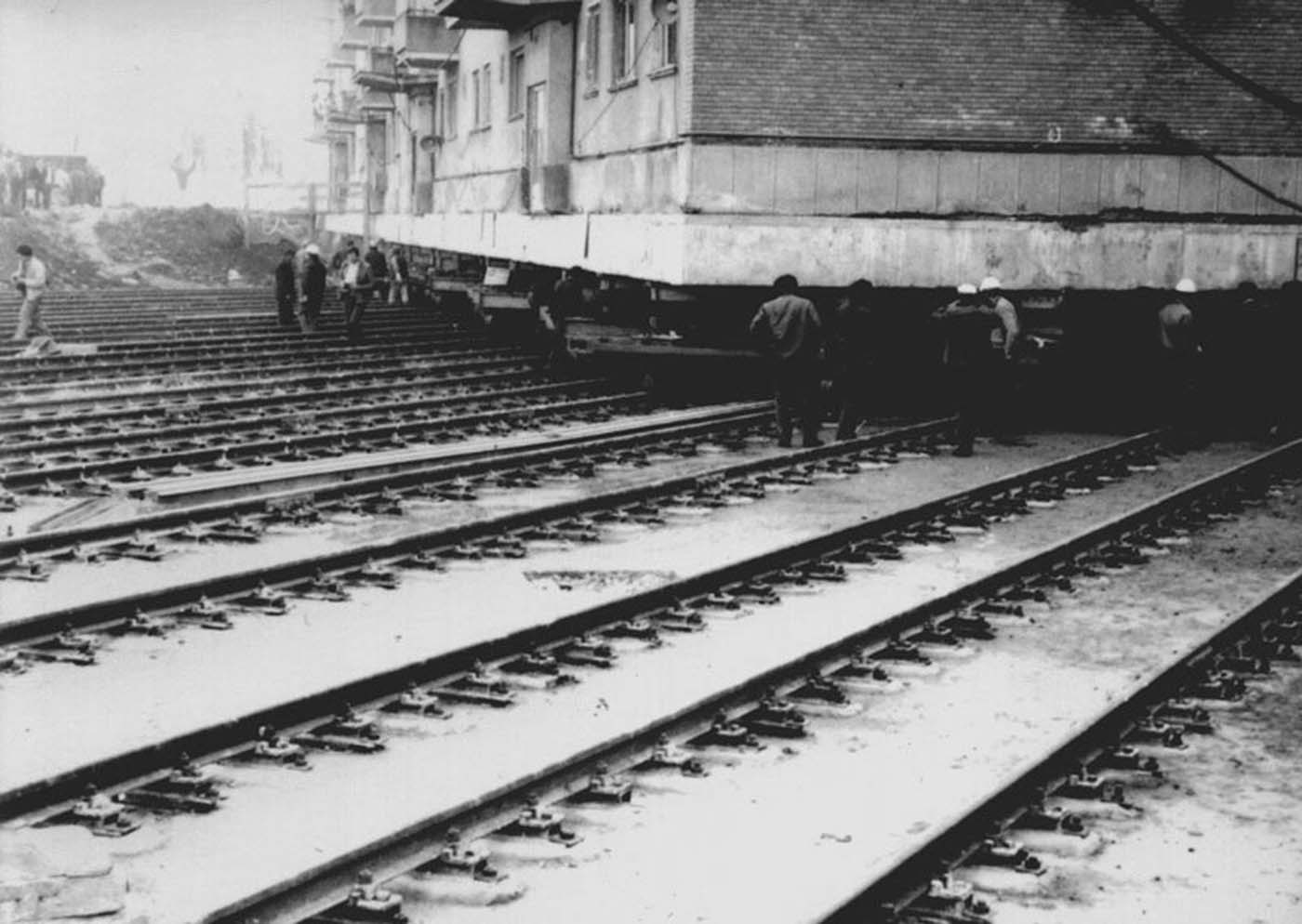 One half was moved on the right side of the boulevard, the other one on the left. 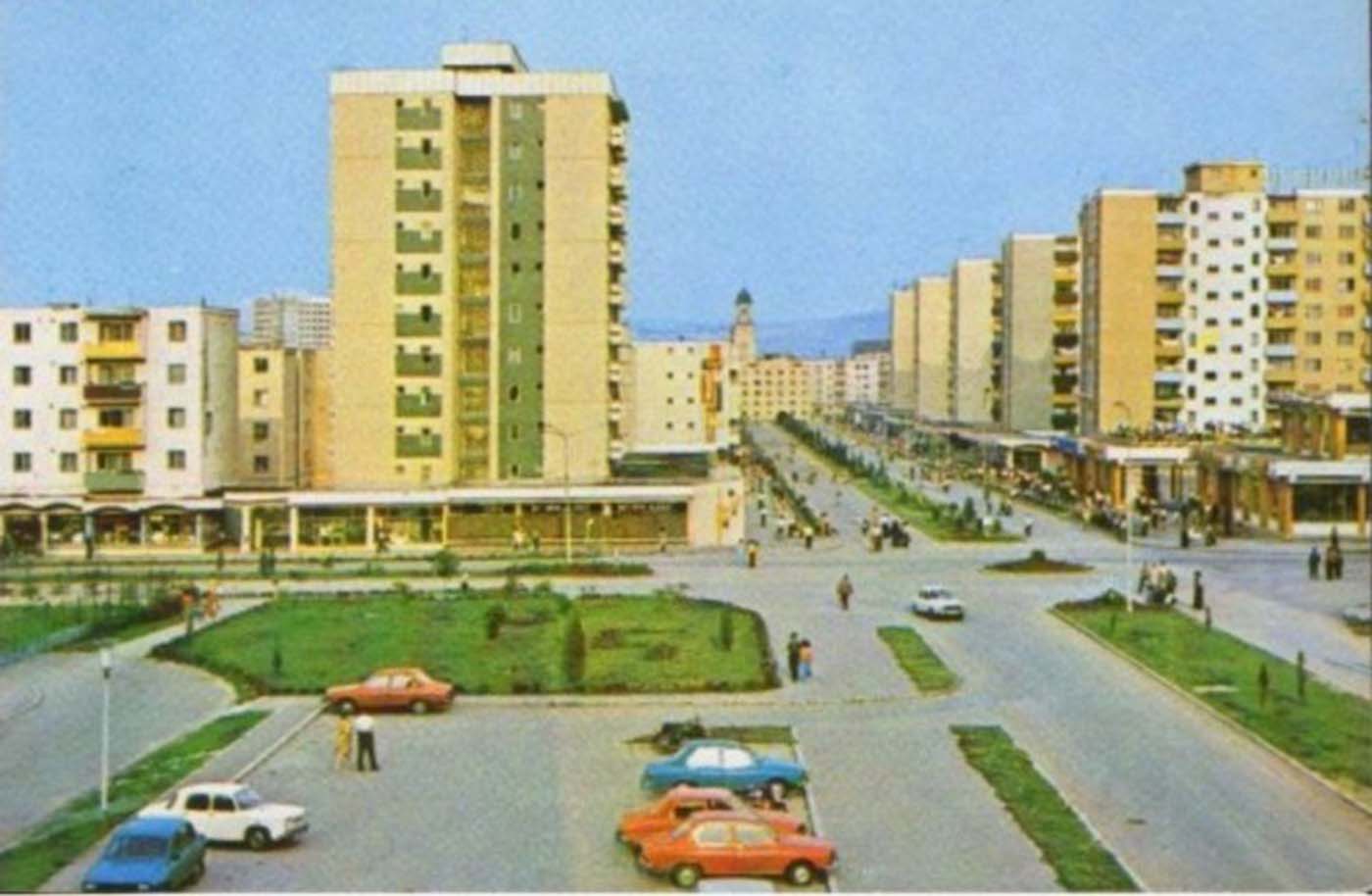 After the boulevard was finished. Romania under the rule of Ceausescu was a bleak and strange place.