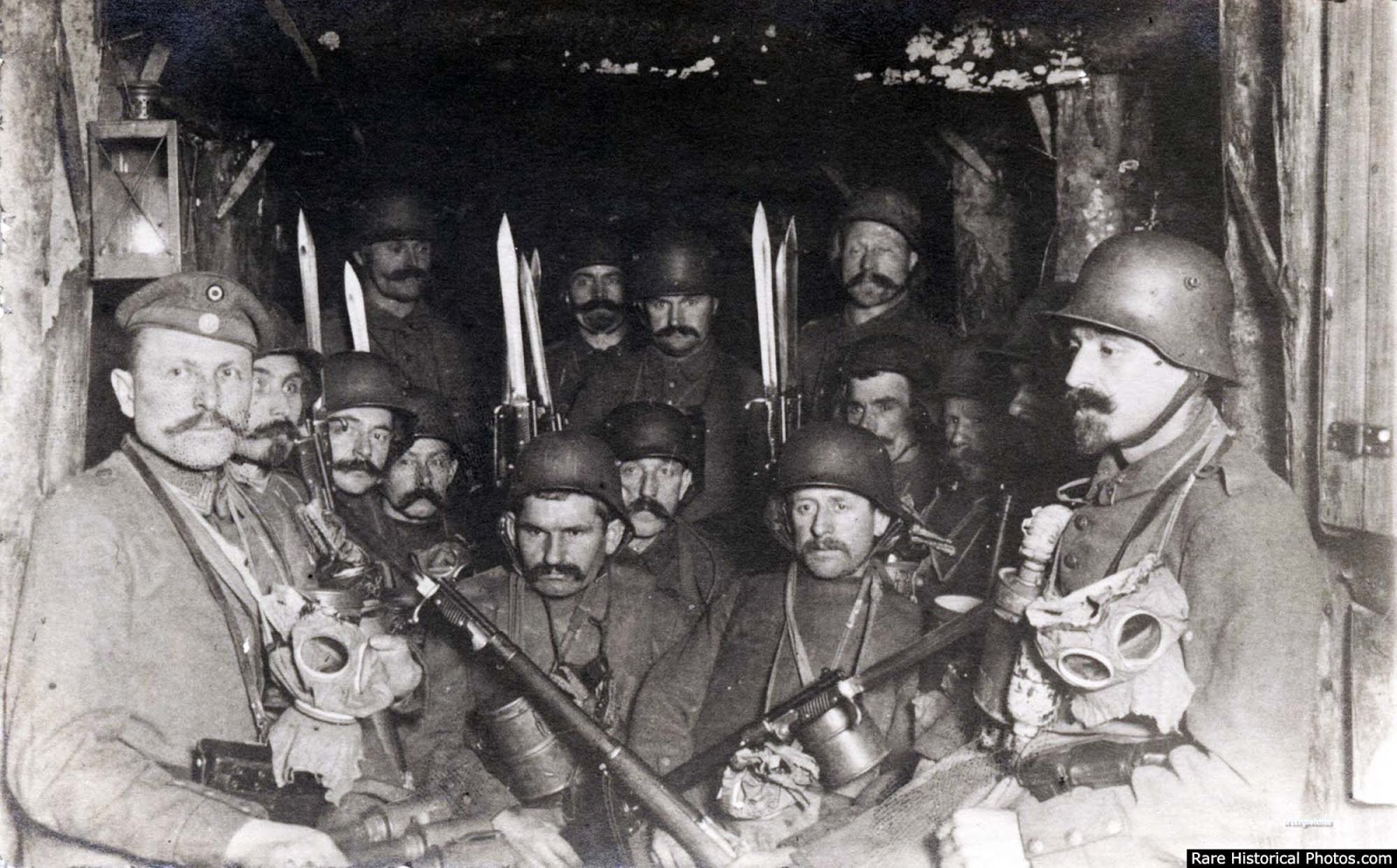 Fifteen pensive-looking faces, each man contemplating his fate as they await the enemy barrage to lift and prepare to repel an enemy assault. The original text on reverse: “Real photo taken of German infantry in a dug out. This is a typical dug out, and you will notice there isn’t room enough to lay full length. To dear Hilda from Bernard”.

These soldiers are Stosstruppen (Stormtrooper) and are waiting for the assault in their shelter. Notice the different kinds of bayonets issued by the German army.

At the end of the war, the German army issued a new kind of saw-bayonet causing more damage to the human body than the classic ones.

The soldiers caught carrying such bayonets weren’t taken prisoner but were horribly mutilated. All the soldiers in this picture have facial hair without having a beard, because having a beard made it difficult to get a proper seal on the gas mask.

The two men in the center are wearing trench armor or Grabenpanzer. Delivered towards the end of 1916, the model 1916 Grabenpanzer was, depending on the size, a 9 kg (20 lbs) to 15 kg (33 lbs) construction made of four steel plates that protected the wearer against bullets and shrapnel.

The helmet they’re wearing is the Model 1916 Stahlhelm – known to the British as the “coal scuttle” due to its distinctive shape. It first entered service with the German Army during the Battle of Verdun in 1916. The new model greatly increased the survival rates of German head casualties.