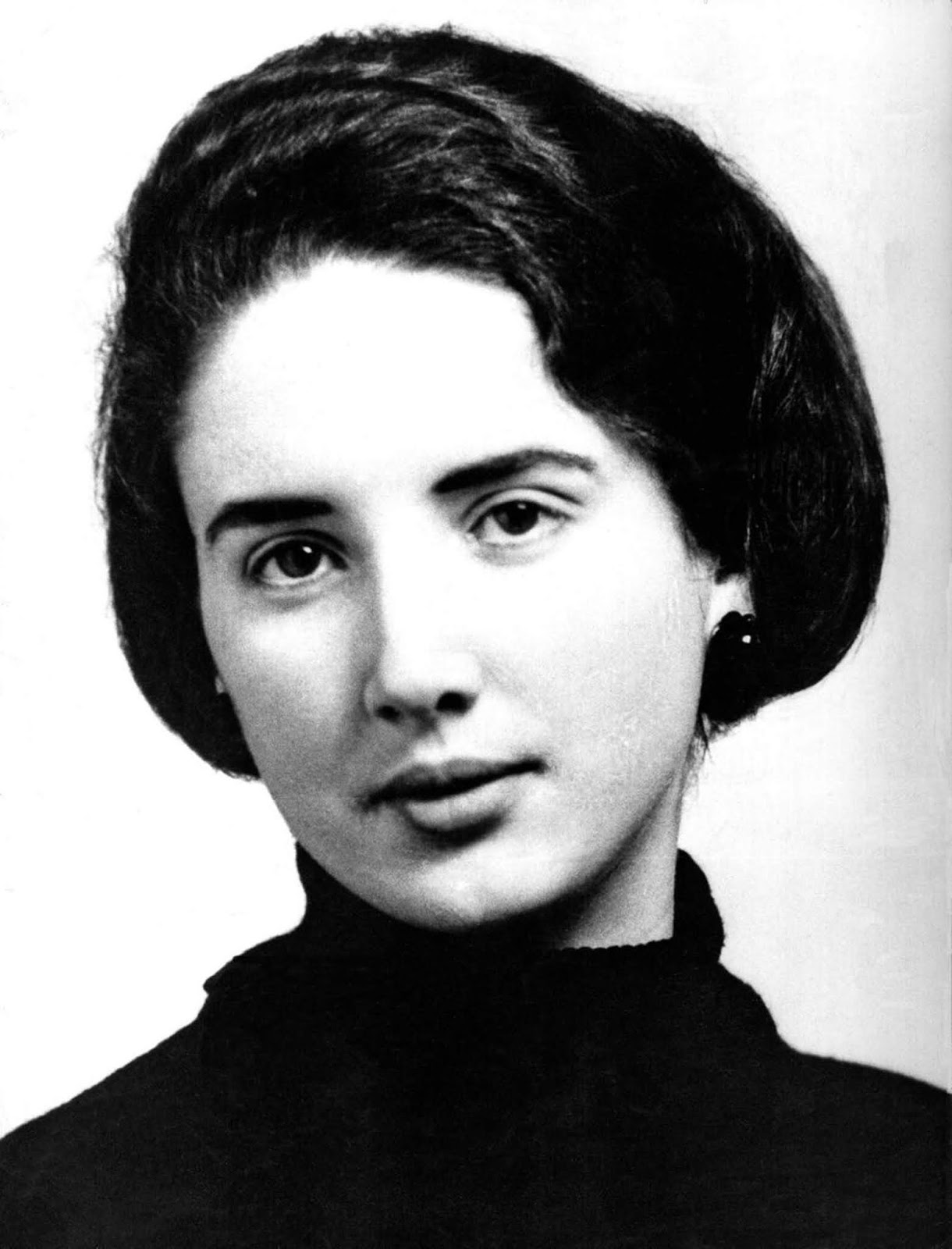 Franca Viola became a symbol of the cultural progress and the emancipation of women in post-war Italy.

In 1966, Italy was rocked by one woman’s courageous efforts to challenge the country’s treatment of rape victims — the lessons of which are sadly still relevant. Franca Viola became the first Italian woman to refuse a “rehabilitating marriage” (“matrimonio riparatore” in Italian) with her victimizer after suffering kidnapping and rape. She was one of the first Italian women who had been raped to publicly refuse to marry her rapist.

Viola grew up in Alcamo, Sicily in a farming family. In 1963, at the age of 15, she became engaged to Filippo Melodia, nephew of local mafia member, then aged 23, but after Melodia was arrested for theft, Viola’s father insisted she break off the engagement, which she did. Melodia then traveled to Germany.

By 1965 Viola was engaged to another man. Melodia by this time had returned to Alcamo and was trying unsuccessfully to re-enter Viola’s life, stalking her and threatening both her father and boyfriend.

In the early hours of 26 December 1965, Melodia and a group of 12 armed companions broke into Viola’s home and kidnapped Franca by dragging her into a car, in the process beating Viola’s mother and also taking Franca’s 8-year-old brother Mariano, who refused to let go of his sister.

Mariano was released a few hours later, but Franca was held for 8 days in the home of Melodia’s sister and her husband (a farmhouse on the outskirts of the town), where she was repeatedly raped.

Melodia told her that now she would be forced to marry him so as not to become a “dishonored” woman, but Viola replied that she had no intention of marriage and, moreover, that she would have him sued for kidnapping and rape. 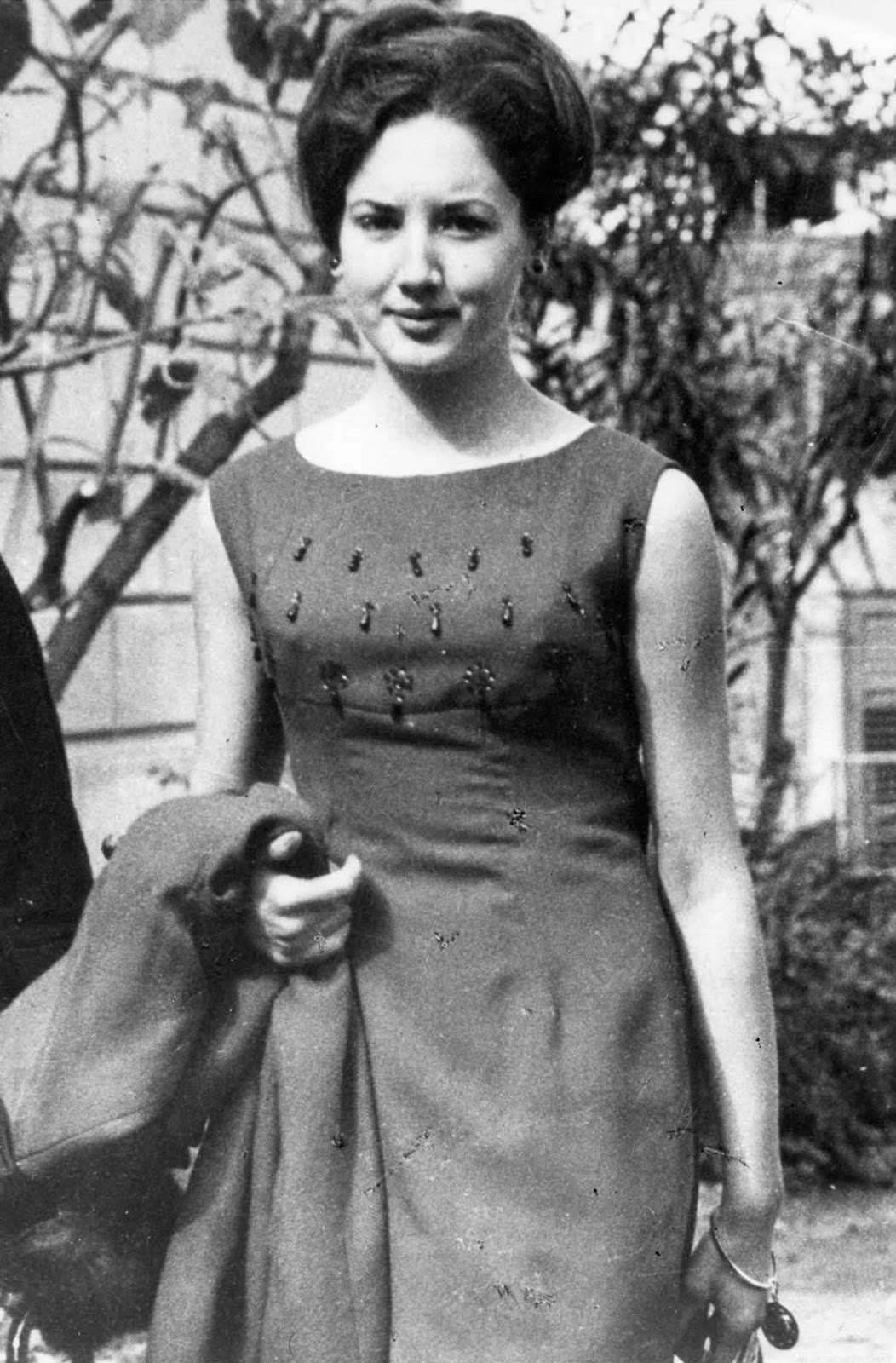 The trial had a wide resonance in Italy, as Viola’s behavior clashed with the traditional social conventions in Southern Italy, whereby a woman would lose her honor if she did not marry the man she lost her virginity to.

According to the traditional social code, this choice would make her a “donna svergognata“: a “woman without honor” (literally: a “shameless woman“), as she had lost her virginity without getting married. It is notable that these concepts were not exclusive to Sicily or rural areas.

To some extent, they were also implicit in the Italian Penal Code of the time, namely Article 544, which equated rape to a crime against “public morality” rather than a personal offense, and formalized the idea of a “rehabilitating marriage” (matrimonio riparatore), stating that a rapist who married his victim would have his crime automatically extinguished.

The trial was a sensation in Alcamo and beyond. Crowds flocked to debates about the trial, which were later relayed by the New York Times with the most patronizing of headlines: “No Admirers Call On Sicily’s Franca.” Despite being the central figure of these events, the public narrative overshadowed Viola’s thoughts and aims at the matter. Newspaper reports described her as “gentle,” “slim,” and “pretty.”

Melodia was ultimately found guilty and sentenced to 11 years in prison (later appealed down to ten), with seven of his accomplices receiving four-year terms. The article of law whereby a rapist could extinguish his crime by marrying his victim was not abolished until 1981.

Sexual violence became a crime against the person (instead of against “public morality”) only in 1996. Melodia was released from prison in 1976 and banished from Sicily for his mob ties. He was shot dead in Modena two years later.

Franca Viola married Giuseppe Ruisi in December 1968, when she was almost 21 years old. They had liked each other since childhood. Ruisi, an accountant, insisted he would have married the girl he had always loved despite threats and rumors but had to request a firearm license after obtaining the marriage license, to protect himself and his future wife.

Both Italian President Giuseppe Saragat and Pope Paul VI publicly expressed their appreciation of Franca Viola’s courage and their solidarity with the couple. Viola and Ruisi would go on to have three children (two sons and one daughter). Franca Viola still lives in Alcamo with her husband. 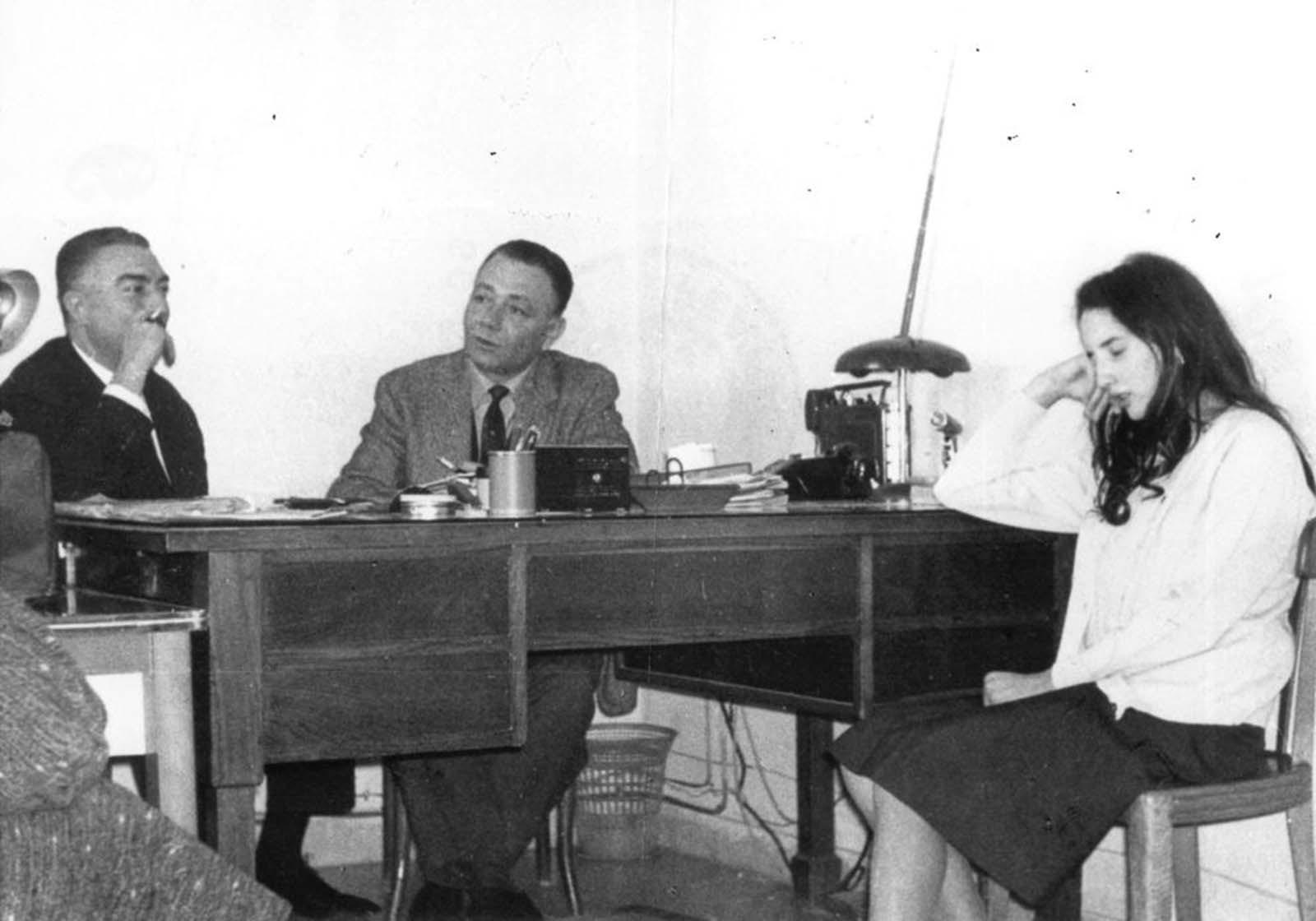 Viola speaks to the police after being rescued from her captors. 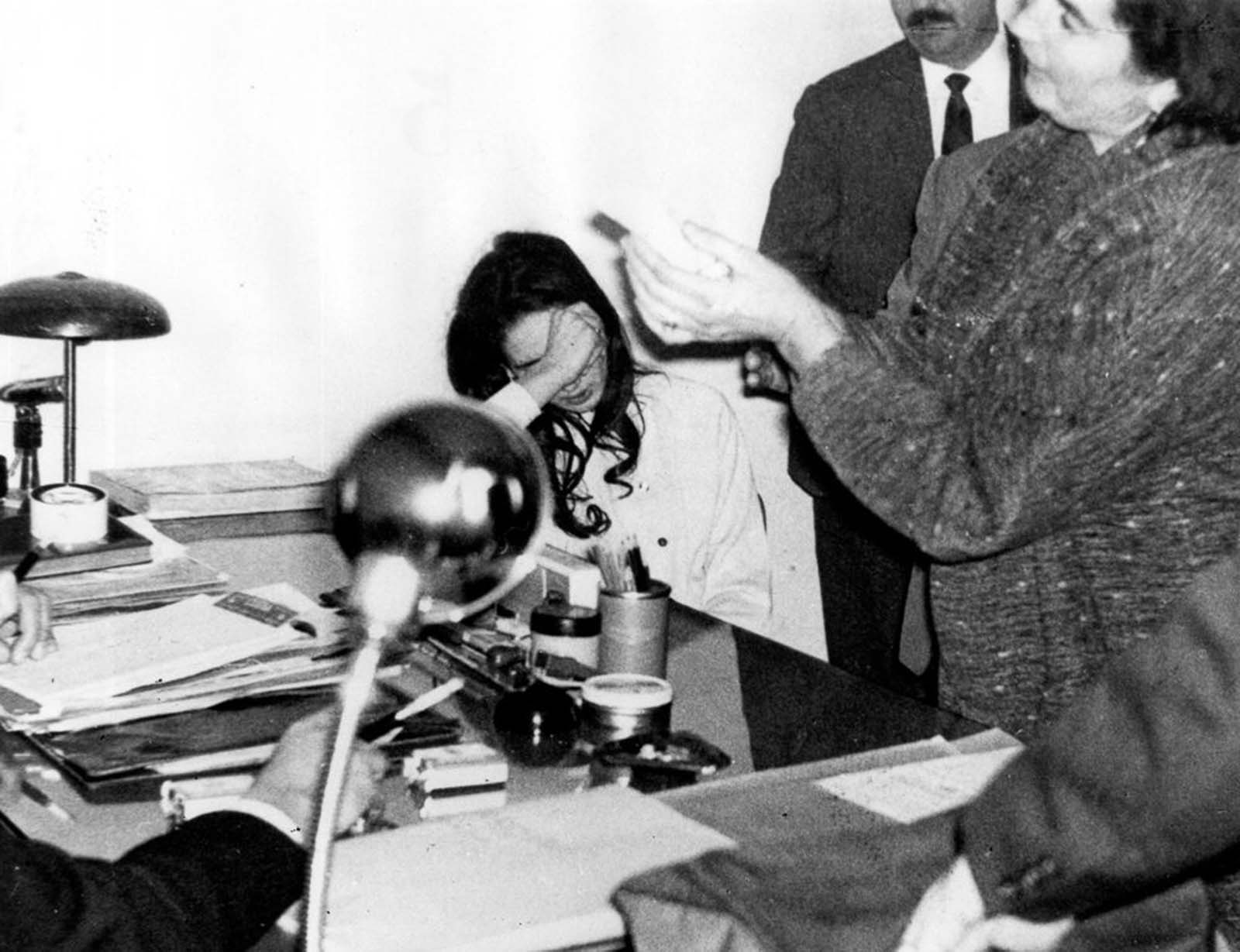 After Viola refused to marry her rapist, her family members were reportedly menaced, ostracised, and persecuted by most of the townspeople, to the point of having their vineyard and barn burned to the ground. 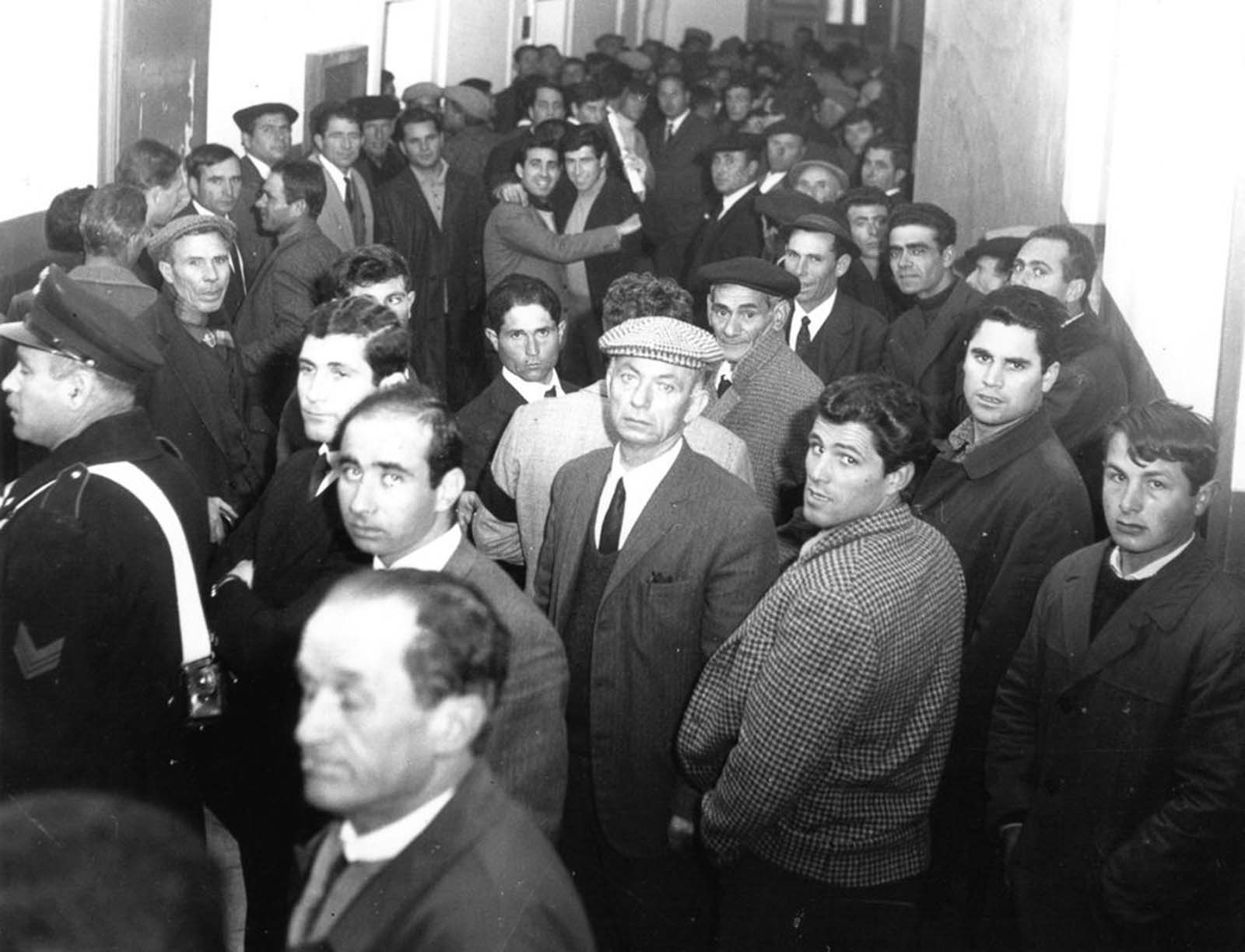 Crowds of men attend a public debate about the trial. 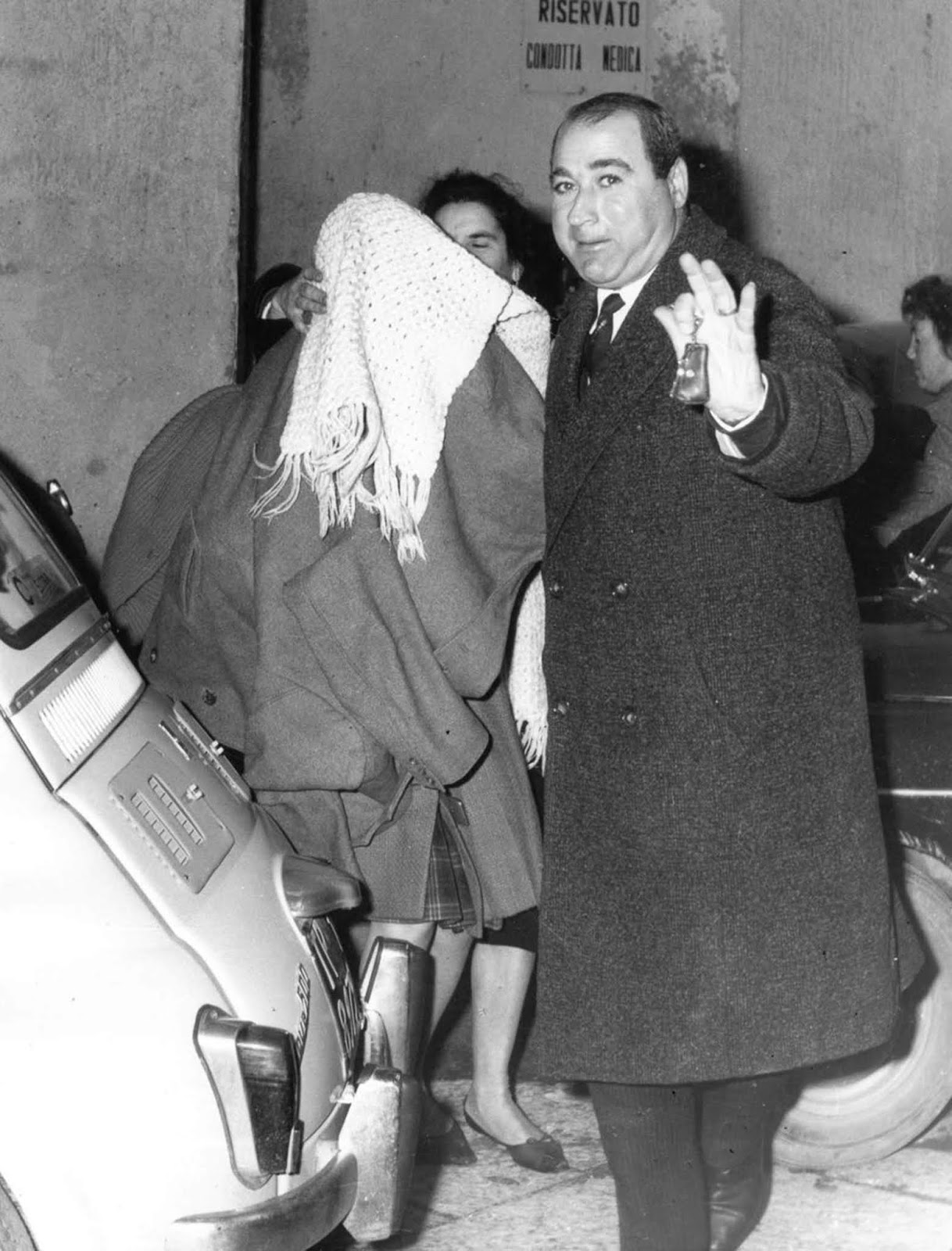 Viola is shielded from the press during the trial. 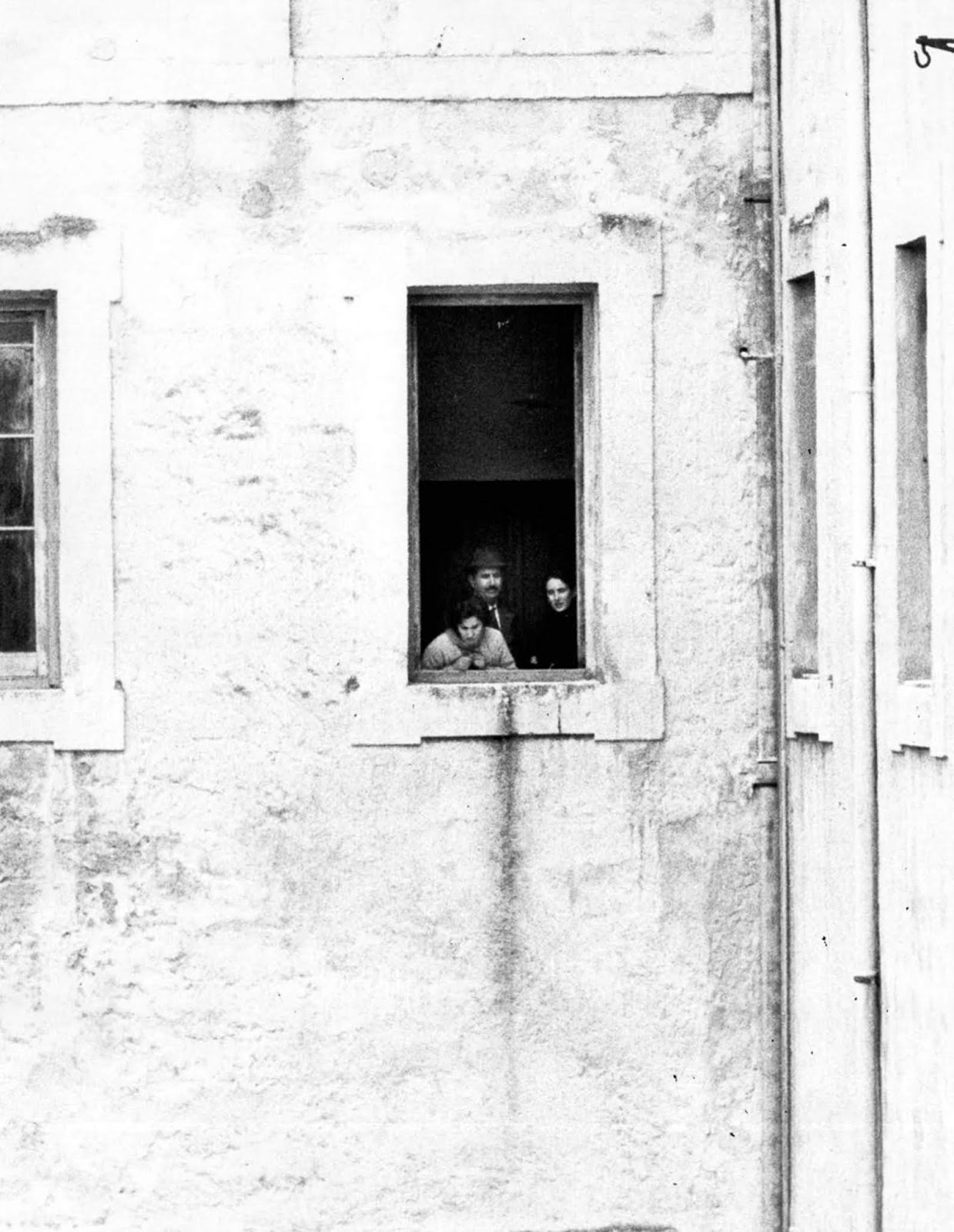 Viola and her parents peer out a window. 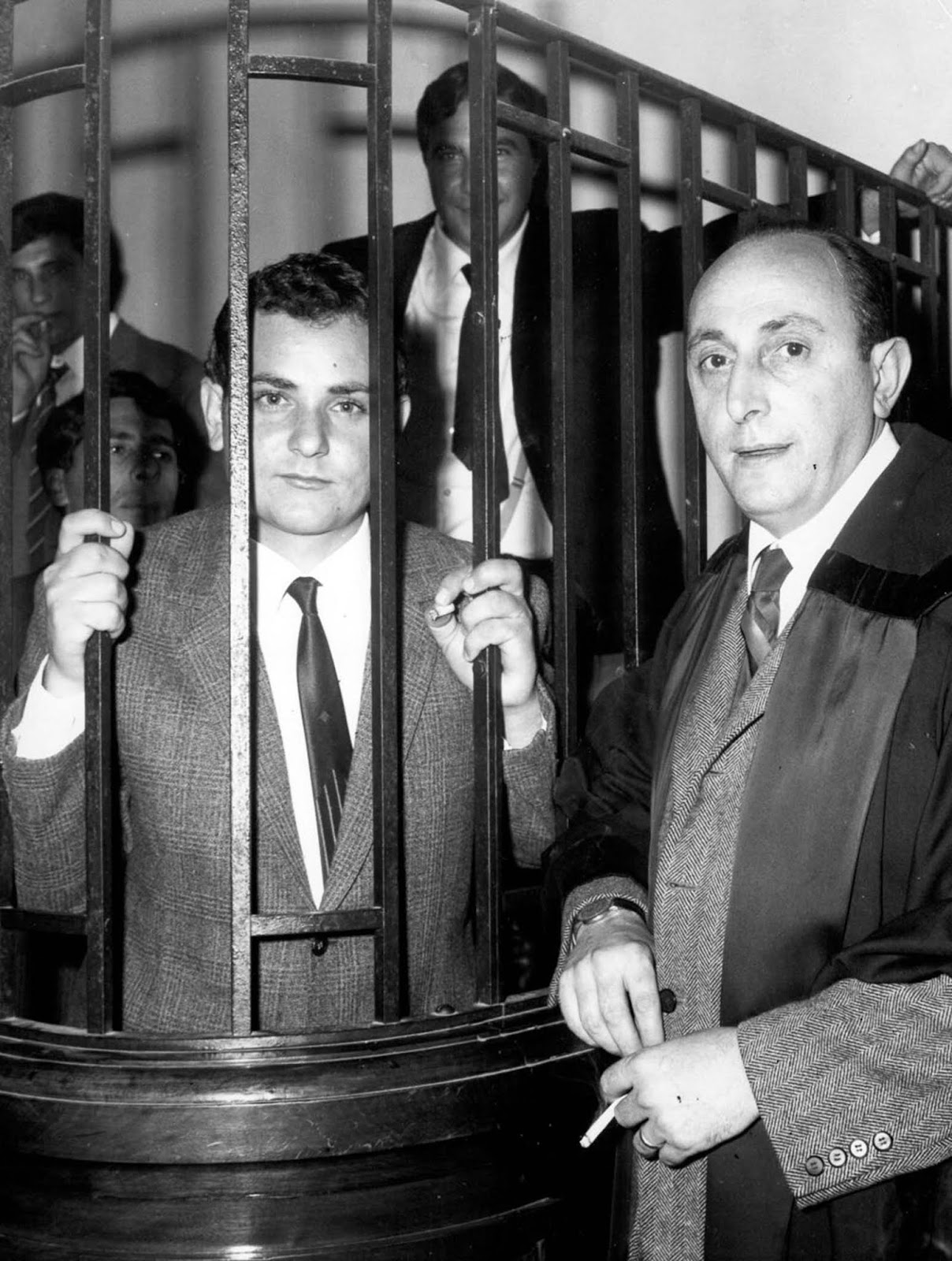 Filippo Melodia and his accomplices await trial behind bars. 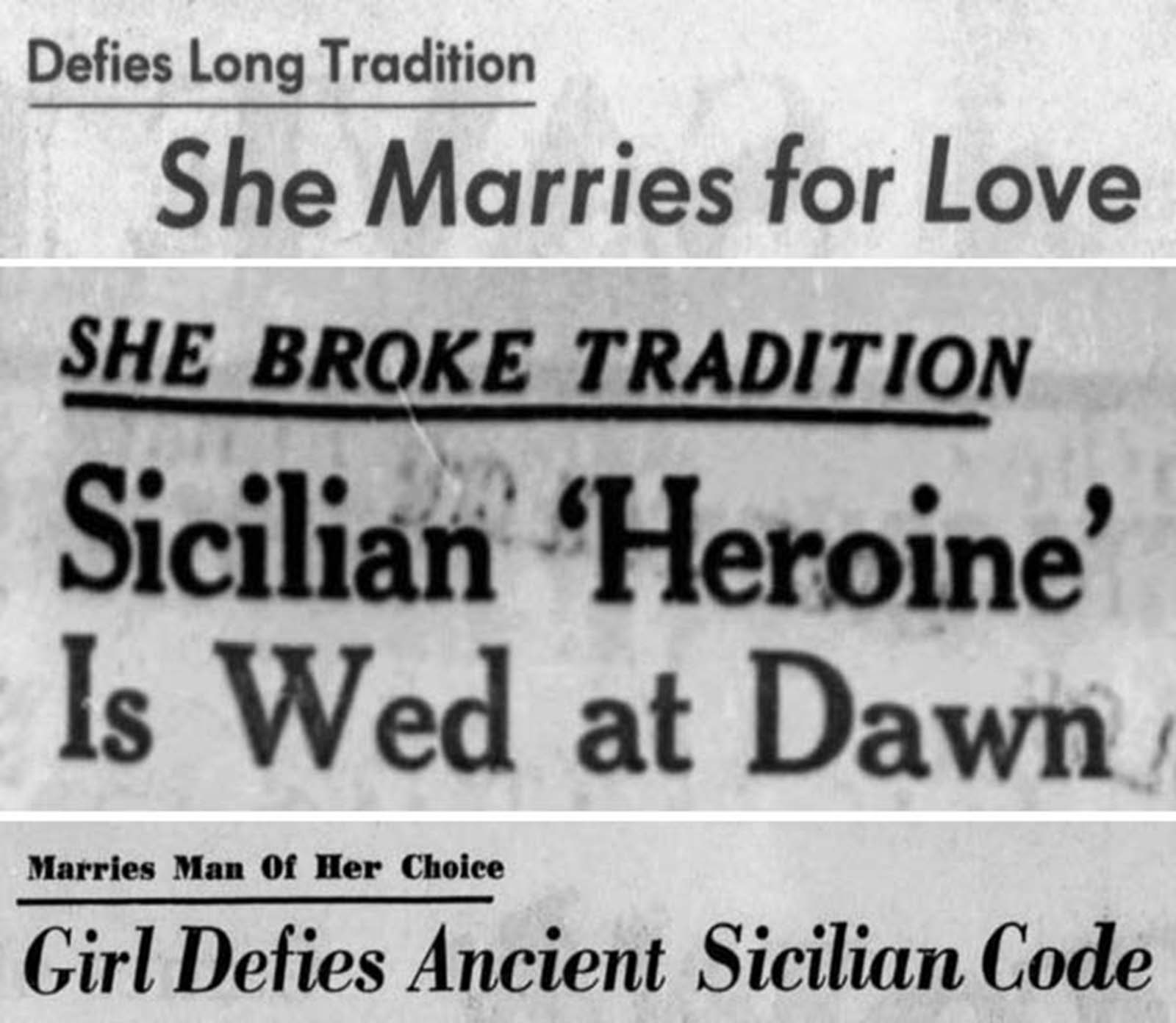 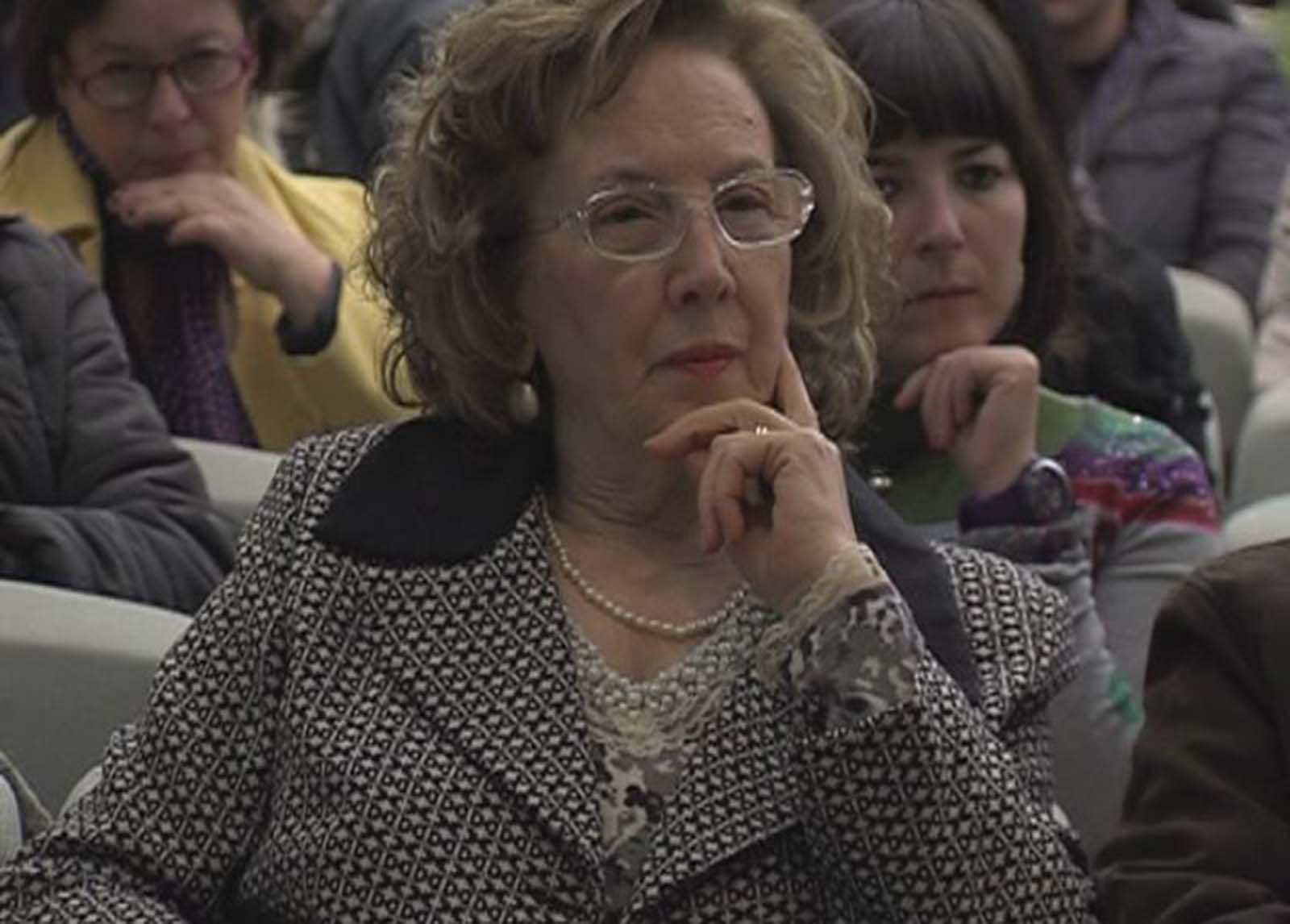