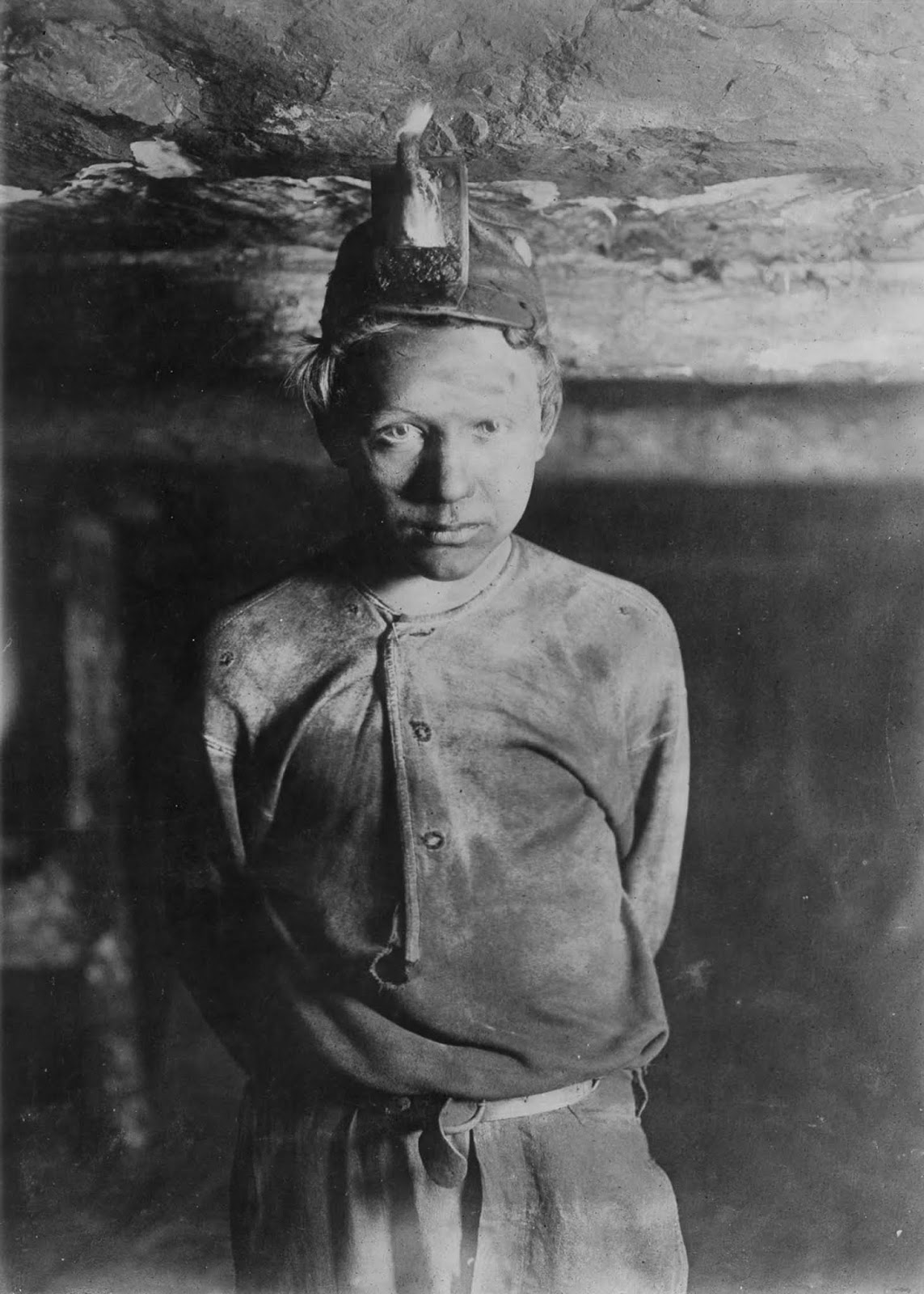 A trapper boy, one mile inside Turkey Knob Mine in Macdonald, West Virginia. 1908.

In the early 1900s child labor was still extremely common in the United States. All across the nation children would spend their days slaving away in mines and cotton mills, far away from the school rooms that the National Child Labor Committee wanted them to be in.

Nearly all coal breaking facilities in the United States were labor-intensive. The removal of impurities was done by hand, usually by breaker boys between the ages of eight and 12 years old.

The use of breaker boys began around 1866. For 10 hours a day, six days a week, breaker boys would sit on wooden seats, perched over the chutes and conveyor belts, picking slate and other impurities out of the coal.

Breaker boys working on top of chutes or conveyor belts would stop the coal by pushing their boots into the stream of fuel flowing beneath them, briefly pick out the impurities, and then let the coal pass on to the next breaker boy for further processing.

Others would divert coal into a horizontal chute at which they sat, then pick the coal clean before allowing the fuel to flow into “clean” coal bins.

The work performed by breaker boys was hazardous. Breaker boys were forced to work without gloves so that they could better handle the slick coal.

The slate, however, was sharp, and breaker boys would often leave work with their fingers cut and bleeding. Breaker boys sometimes also had their fingers amputated by the rapidly moving conveyor belts. 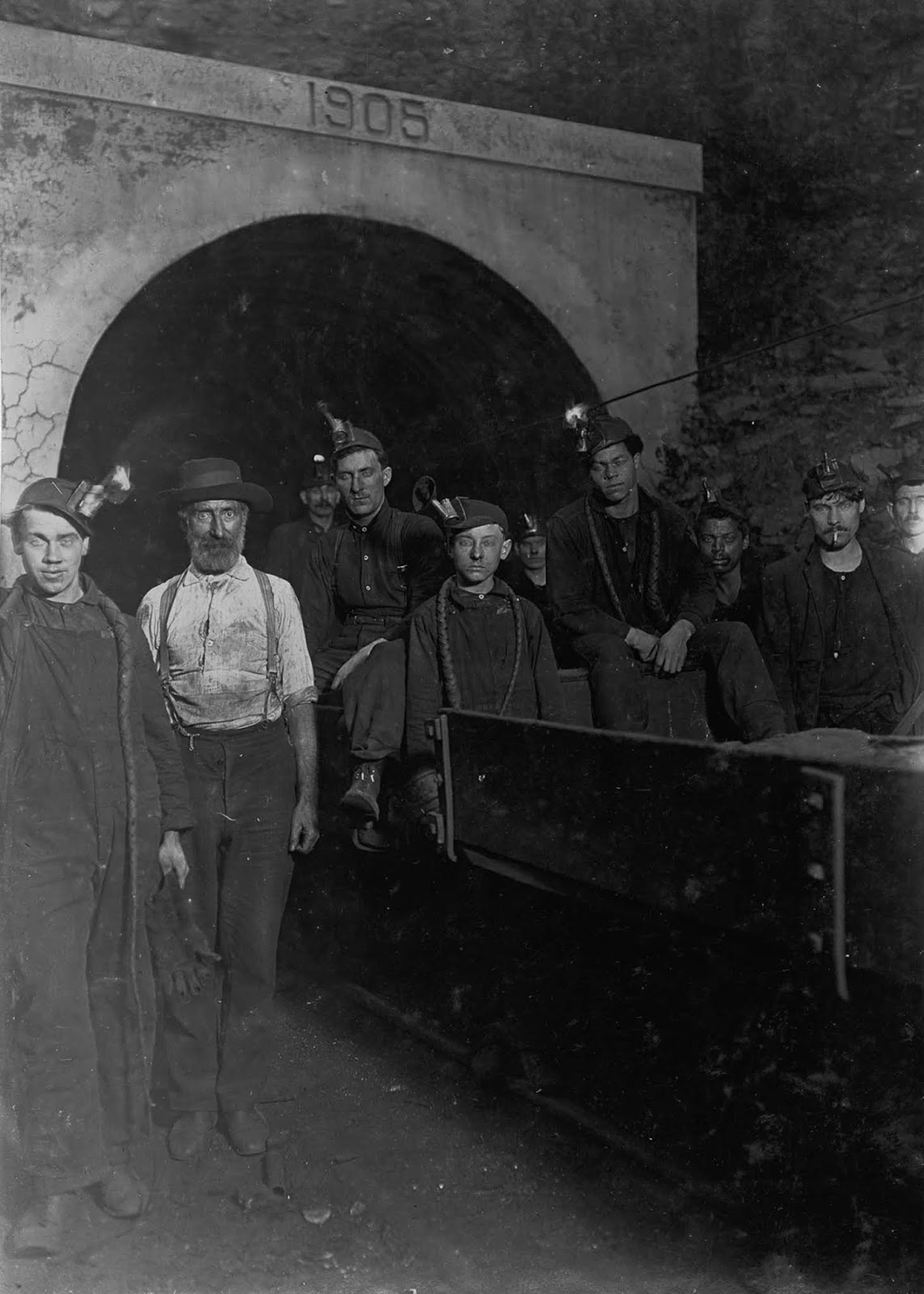 Others lost feet, hands, arms, and legs as they moved among the machinery and became caught under conveyor belts or in gears. Many were crushed to death, their bodies retrieved from the gears of the machinery by supervisors only at the end of the working day. Others were caught in the rush of coal, and crushed to death or smothered.

Dry coal would kick up so much dust that breaker boys sometimes wore lamps on their heads to see, and asthma and black lung disease were common. Coal was often washed to remove impurities, which created sulfuric acid. The acid burned the hands of the breaker boys.

By the 1910s, the use of breaker boys was dropping because of improvements in technology, stricter child labor laws, and the enactment of compulsory education laws.

The practice of employing children in coal breakers largely ended by 1920 because of the efforts of the National Child Labor Committee, sociologist and photographer Lewis Hine, and the National Consumers League, all of whom educated the public about the practice and succeeded in obtaining passage of national child labor laws. 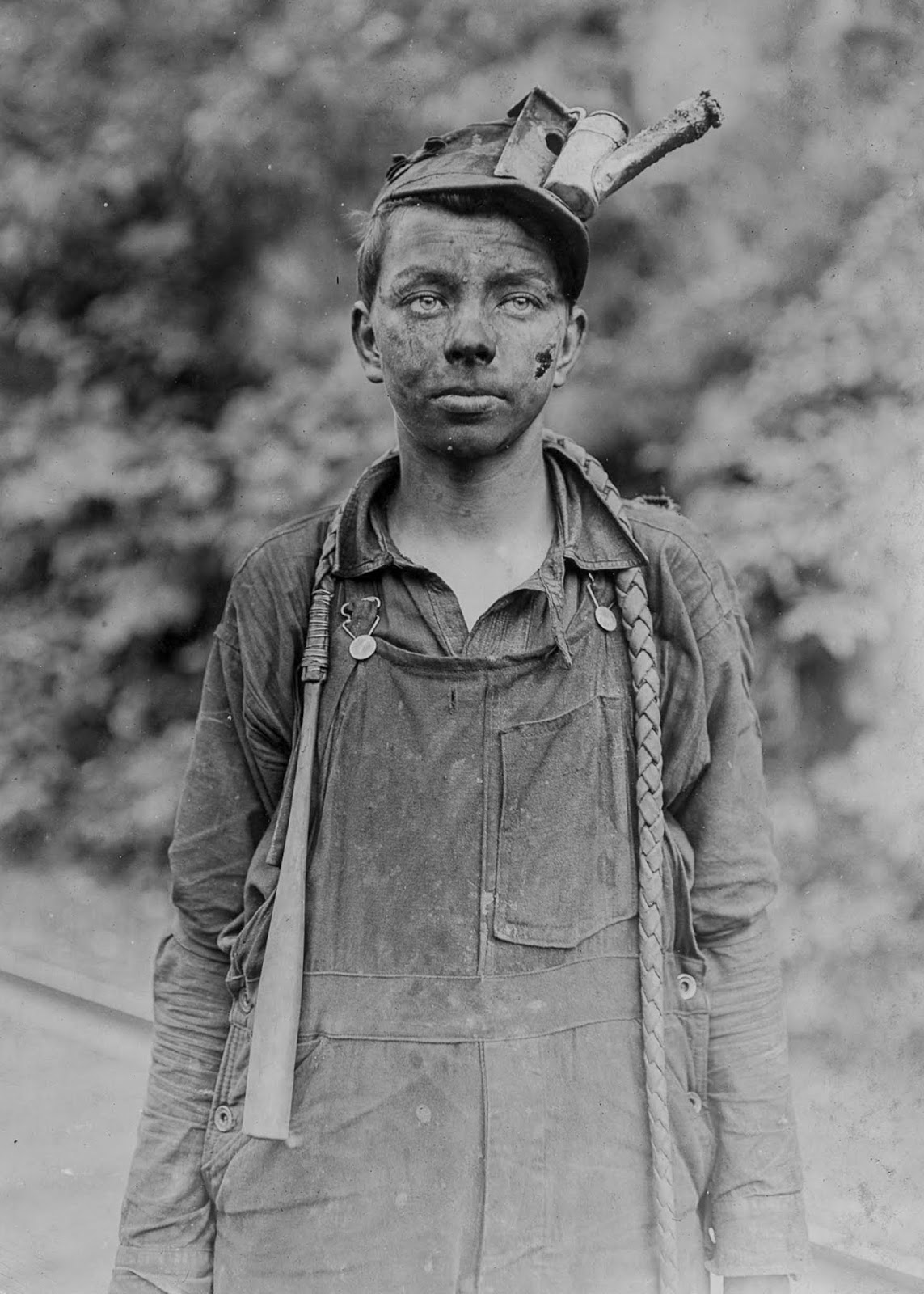 A young driver at Brown Mine in West Virginia. 1908. 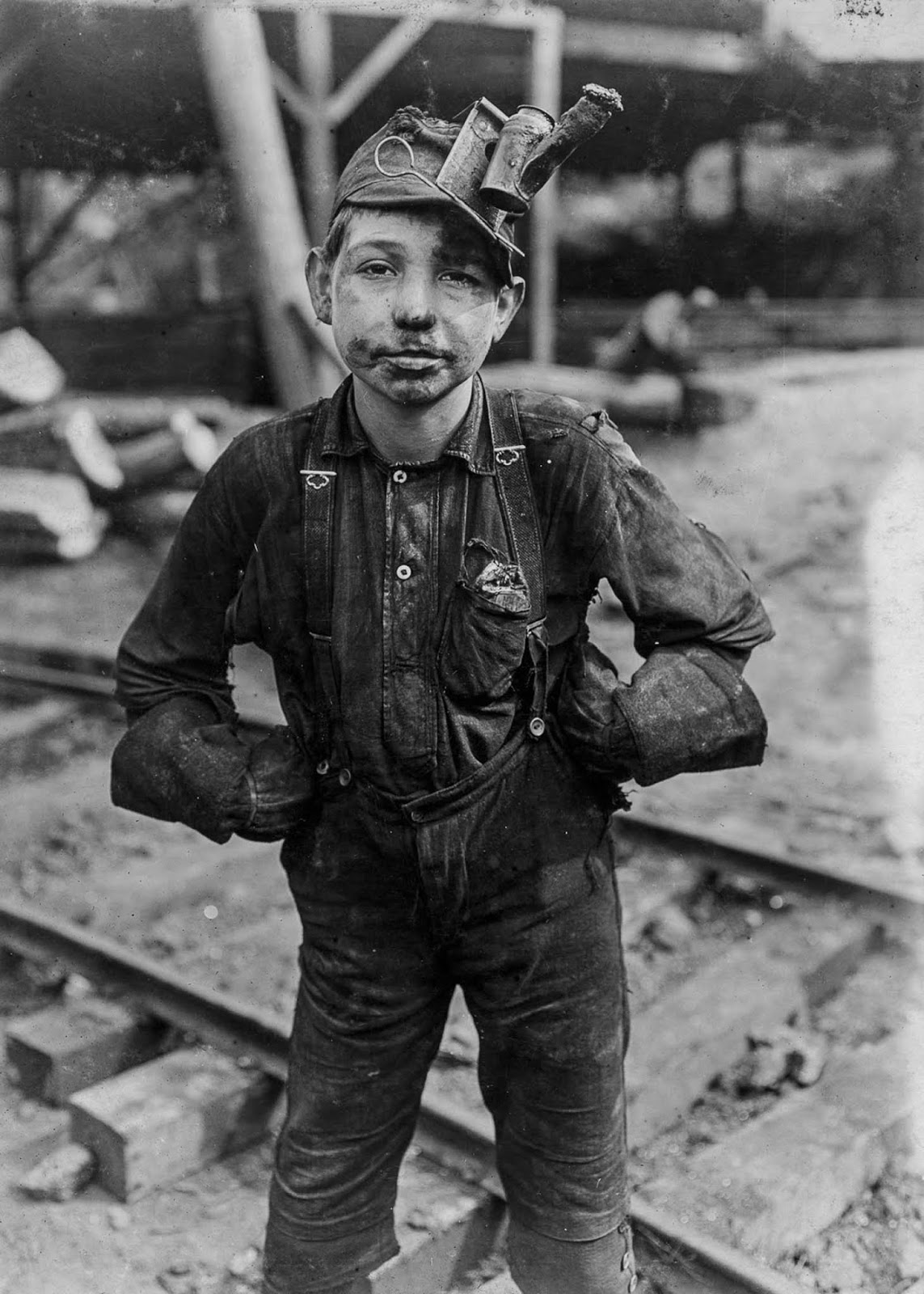 A tipple boy at Turkey Knob Mine in Macdonald, West Virginia. 1908. 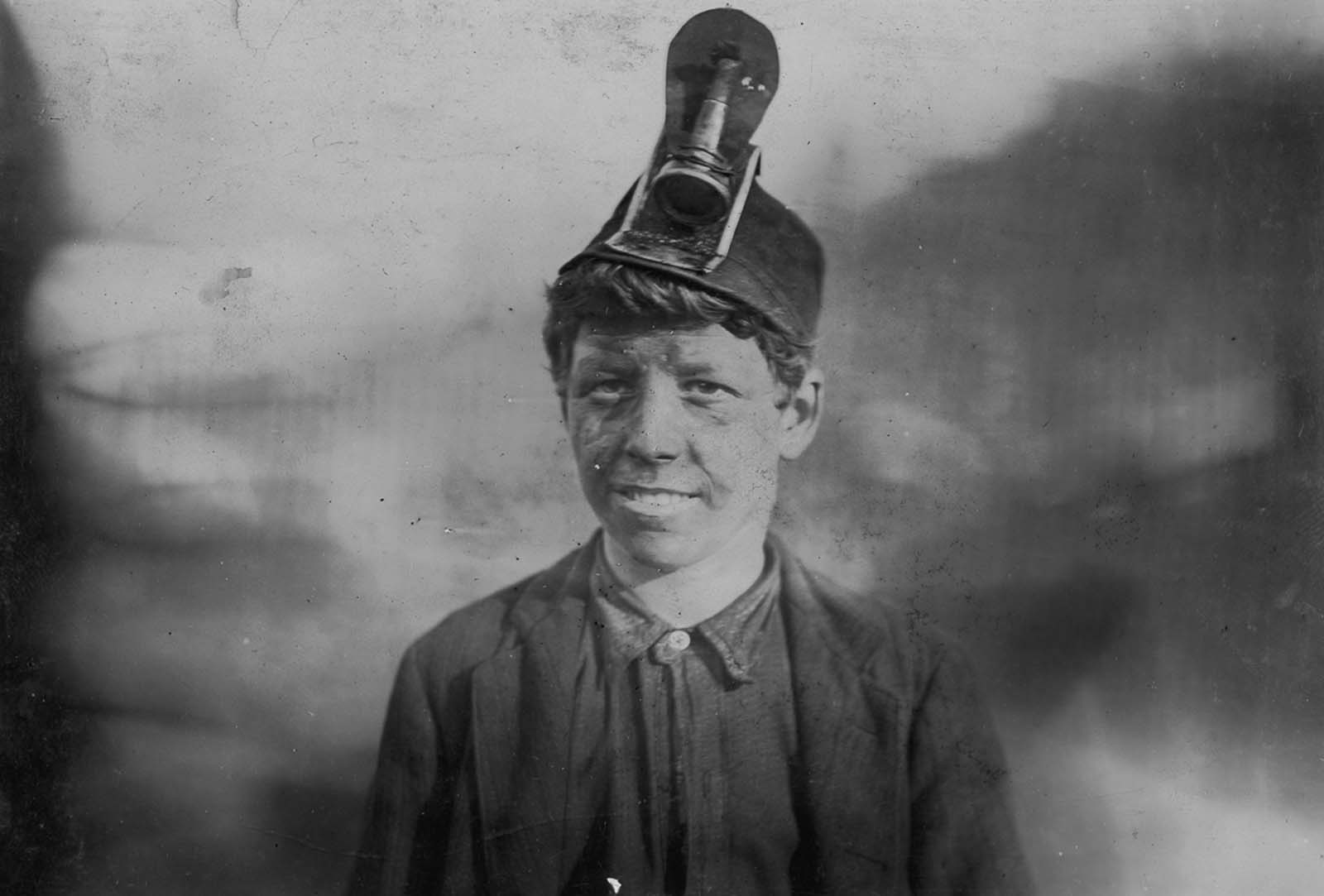 Frank, age 14. He had been working in a mine for three years and had been hospitalized for a year when his leg was crushed by a coal car. 1906. 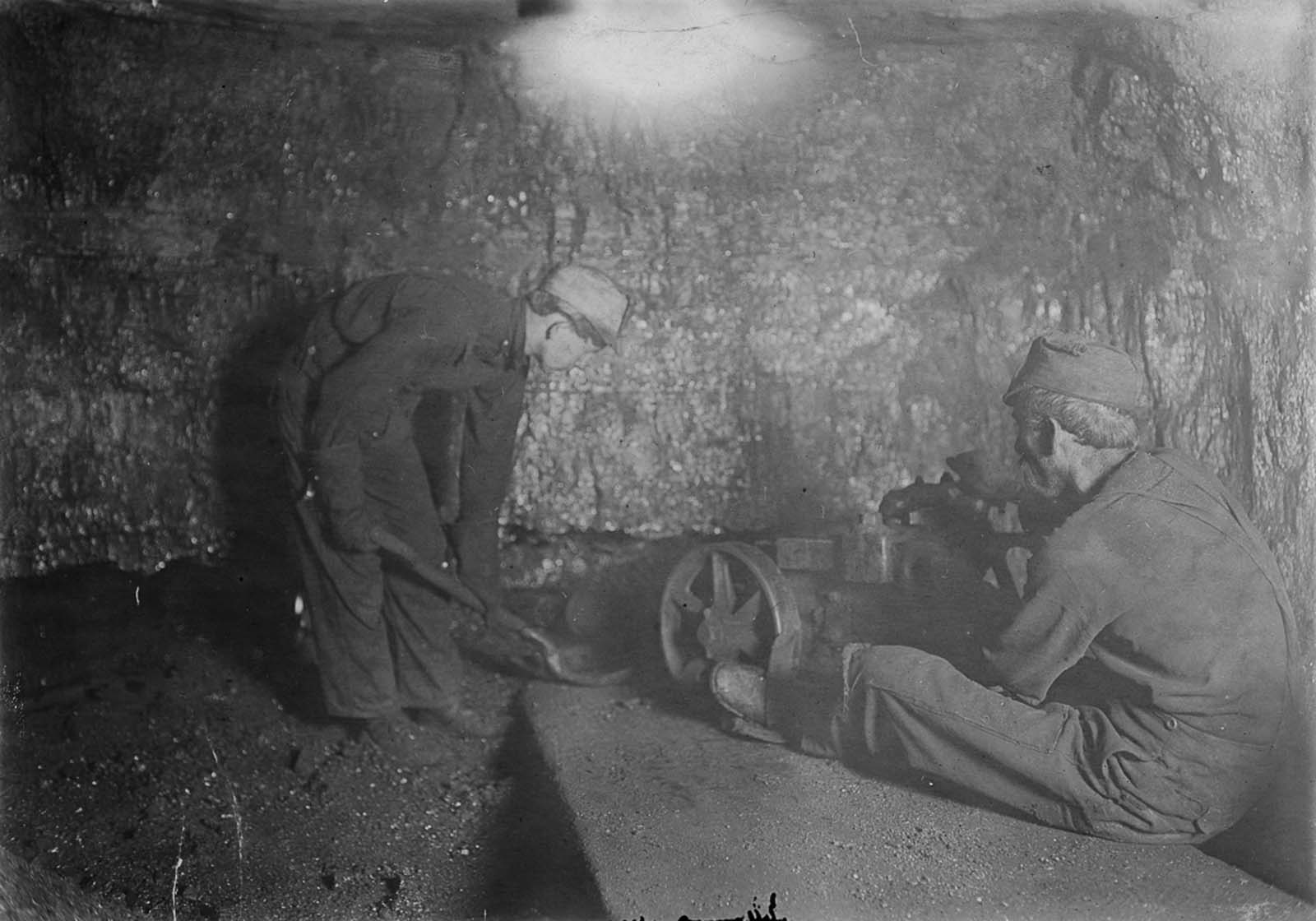 A boy shovels loose rock in a mine in Red Star, West Virginia. 1908. 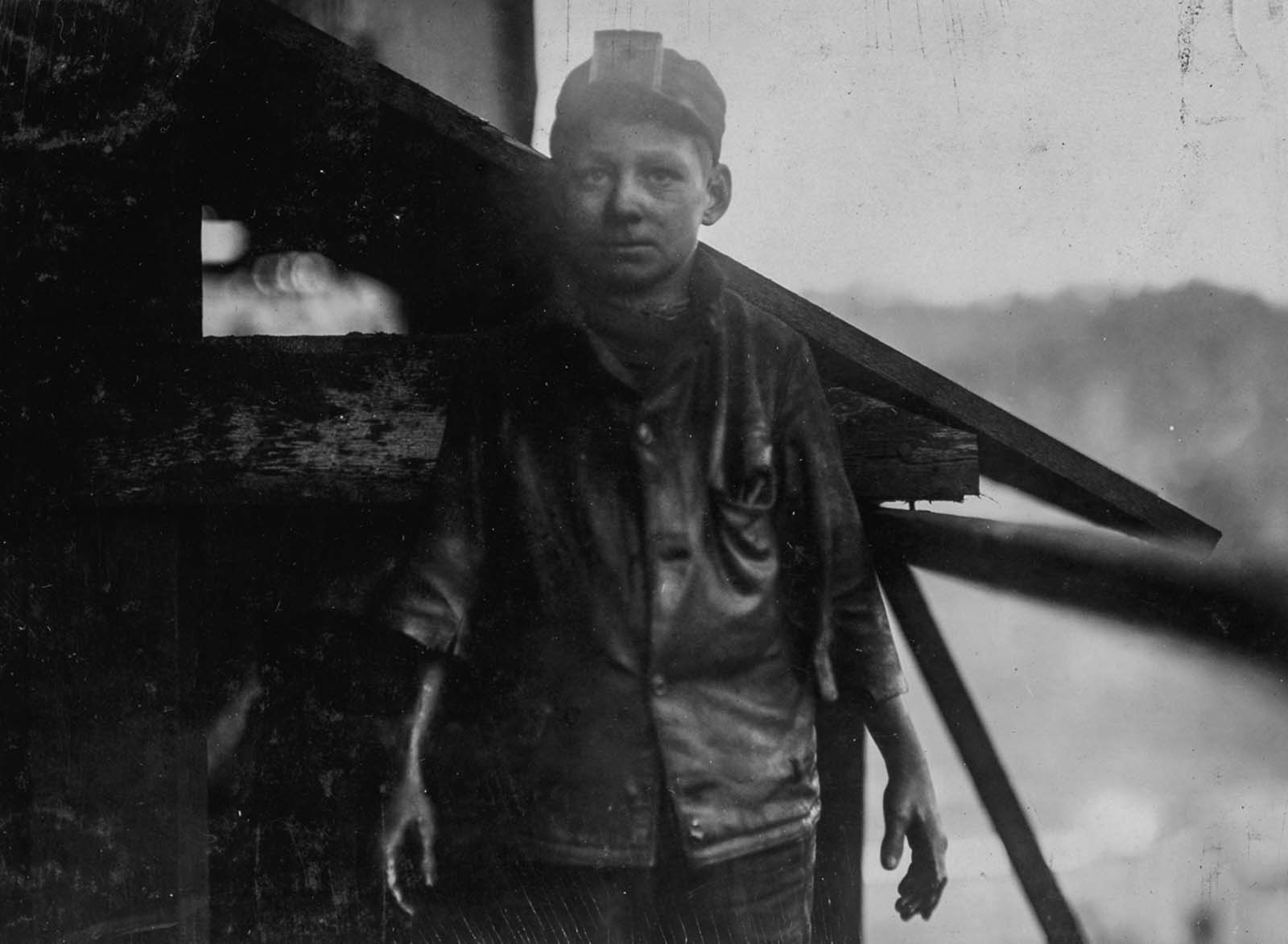 Shorpy Higginbotham, a worker at Bessie Mine in Alabama. 1910. 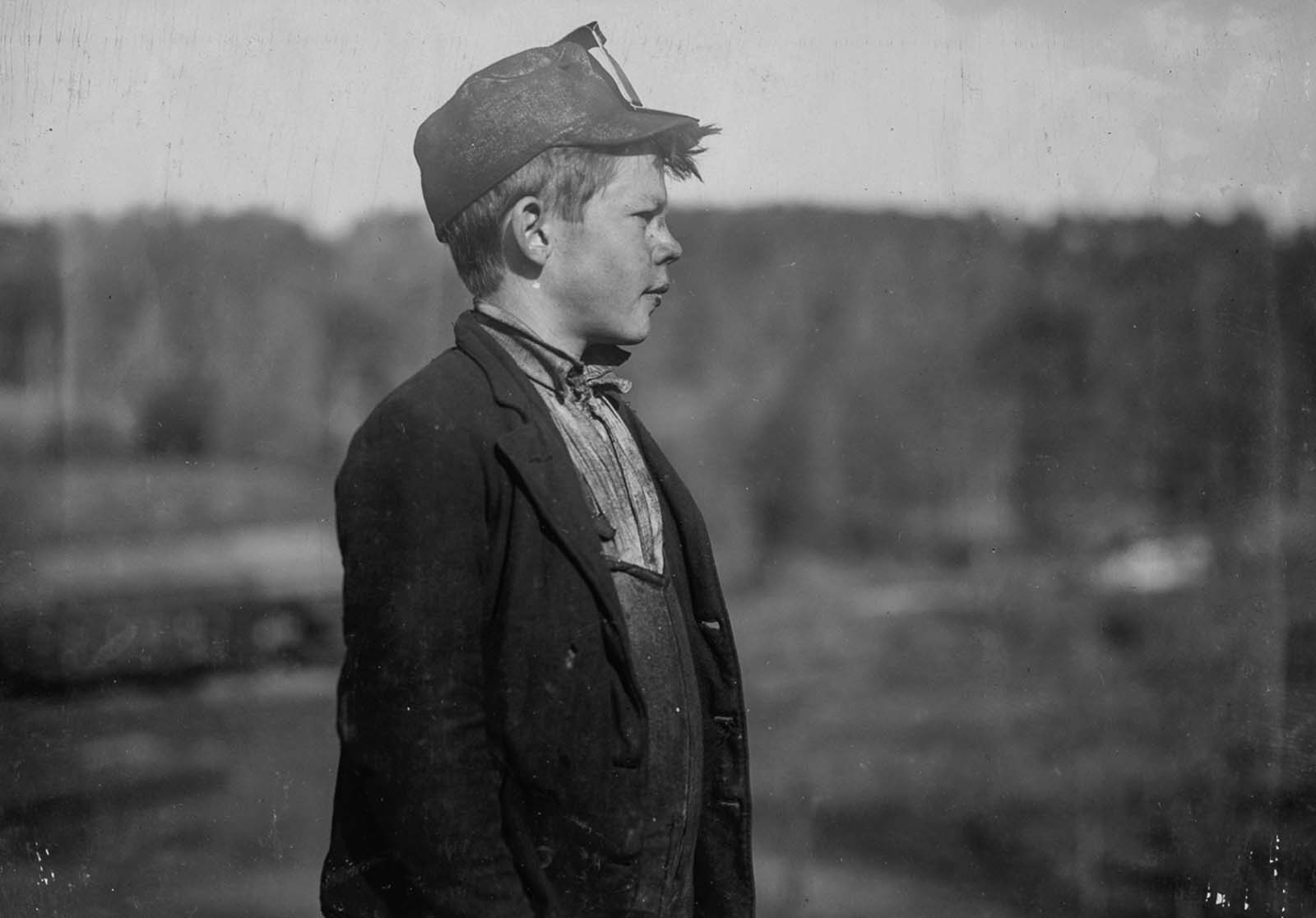 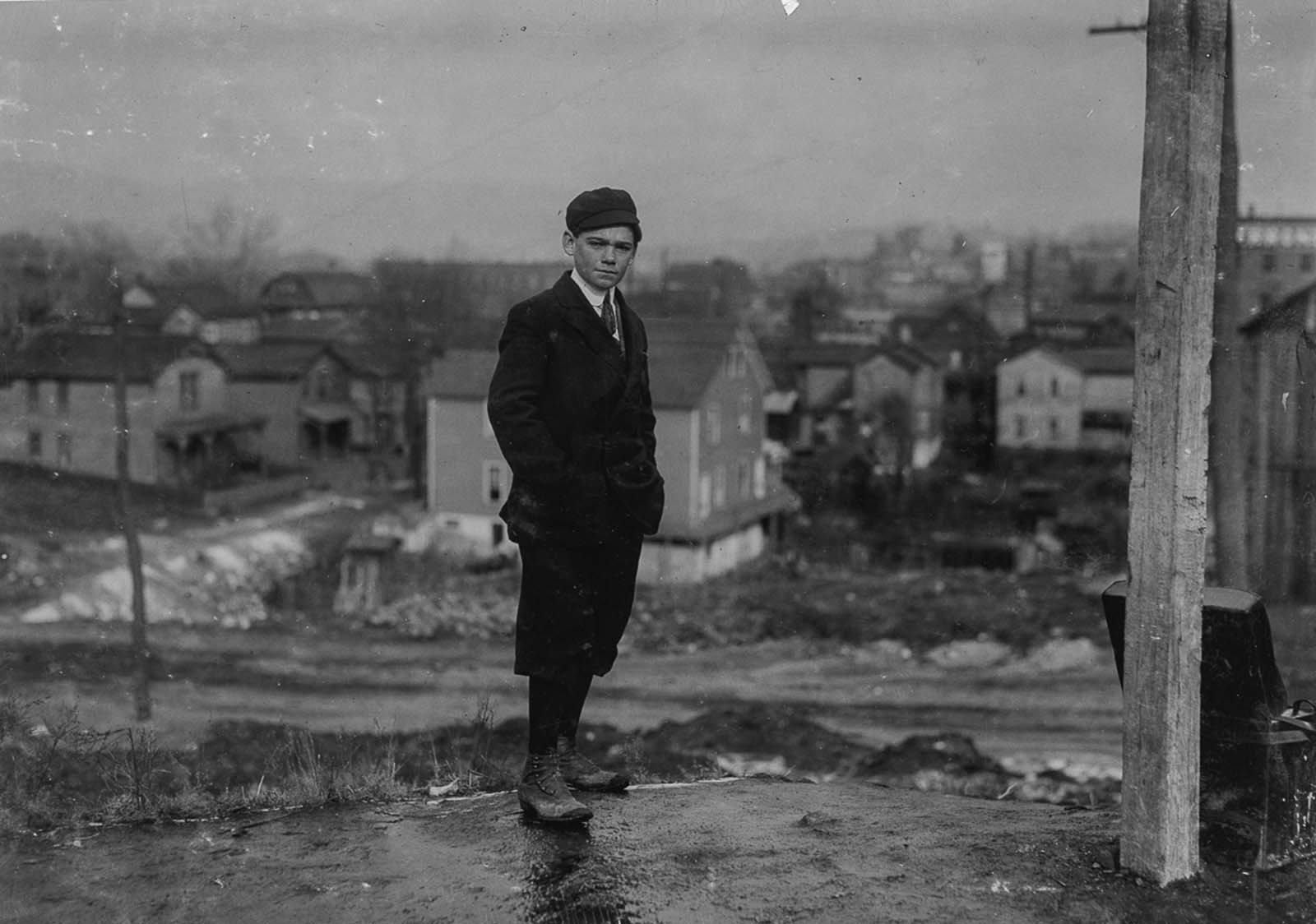 Jim McNulty, 15, a leader inside a mine at Leadville Shaft in Pennsylvania. 1911. 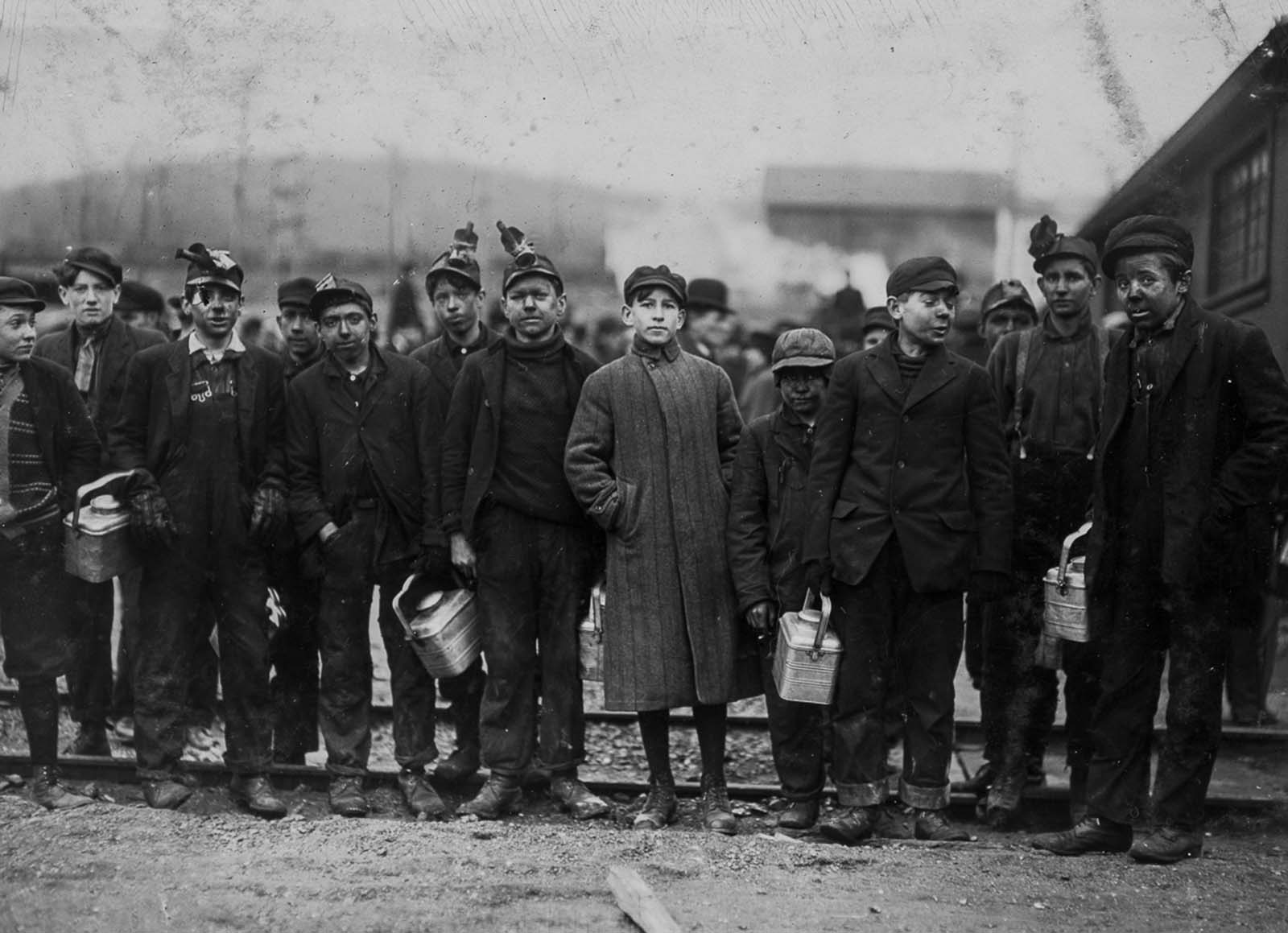 Mine workers in Nanticoke, Pennsylvania. 1911. 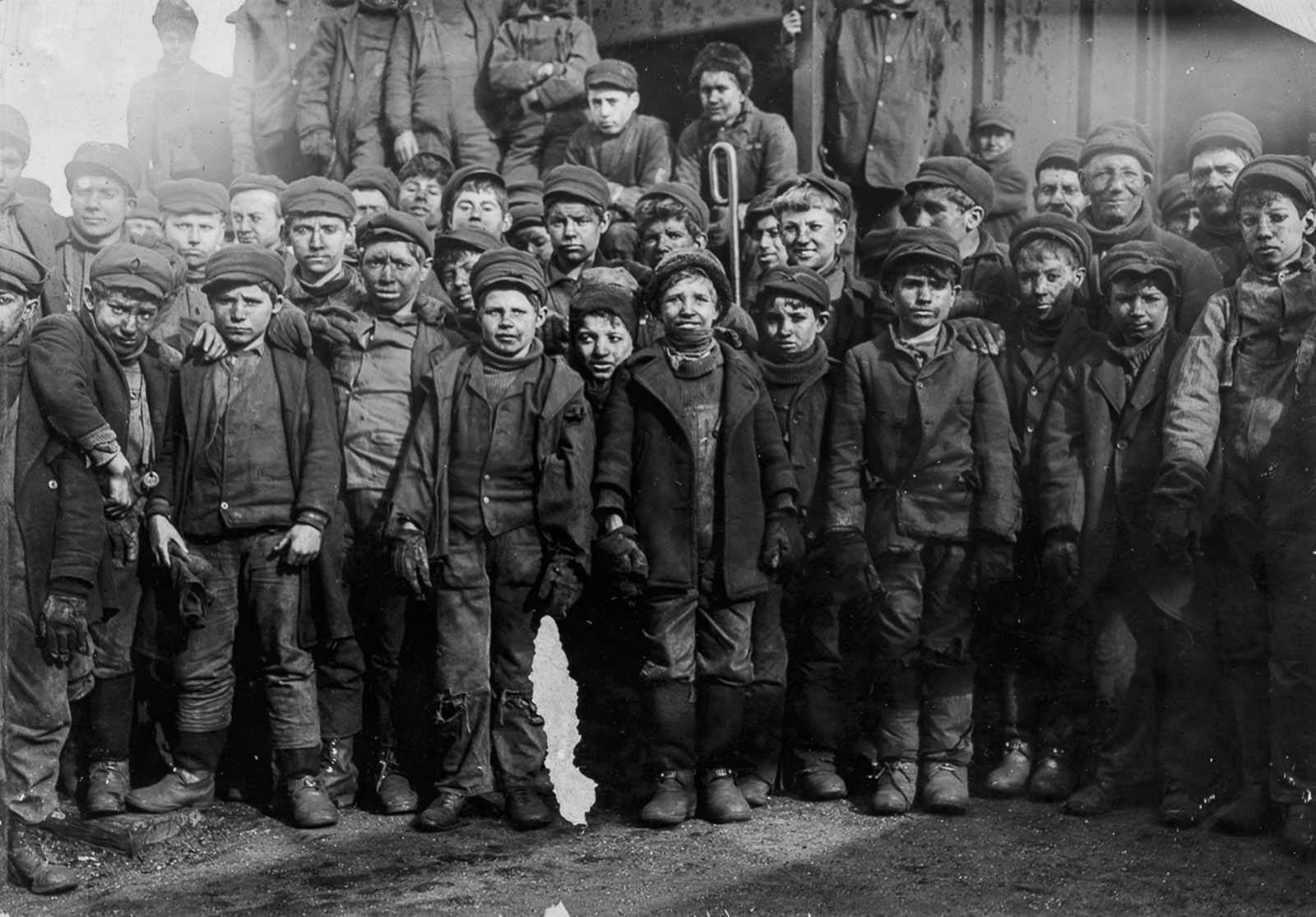 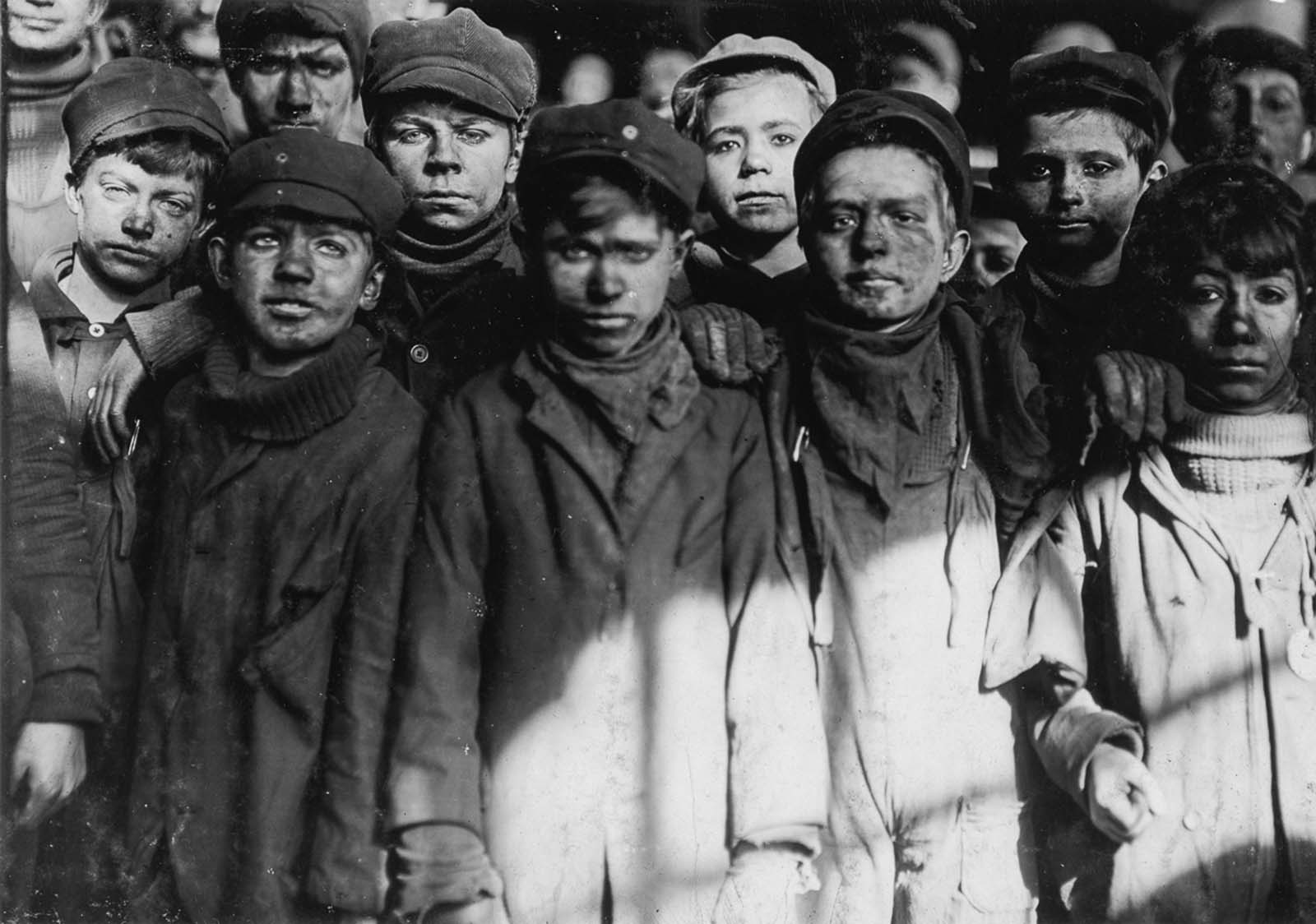 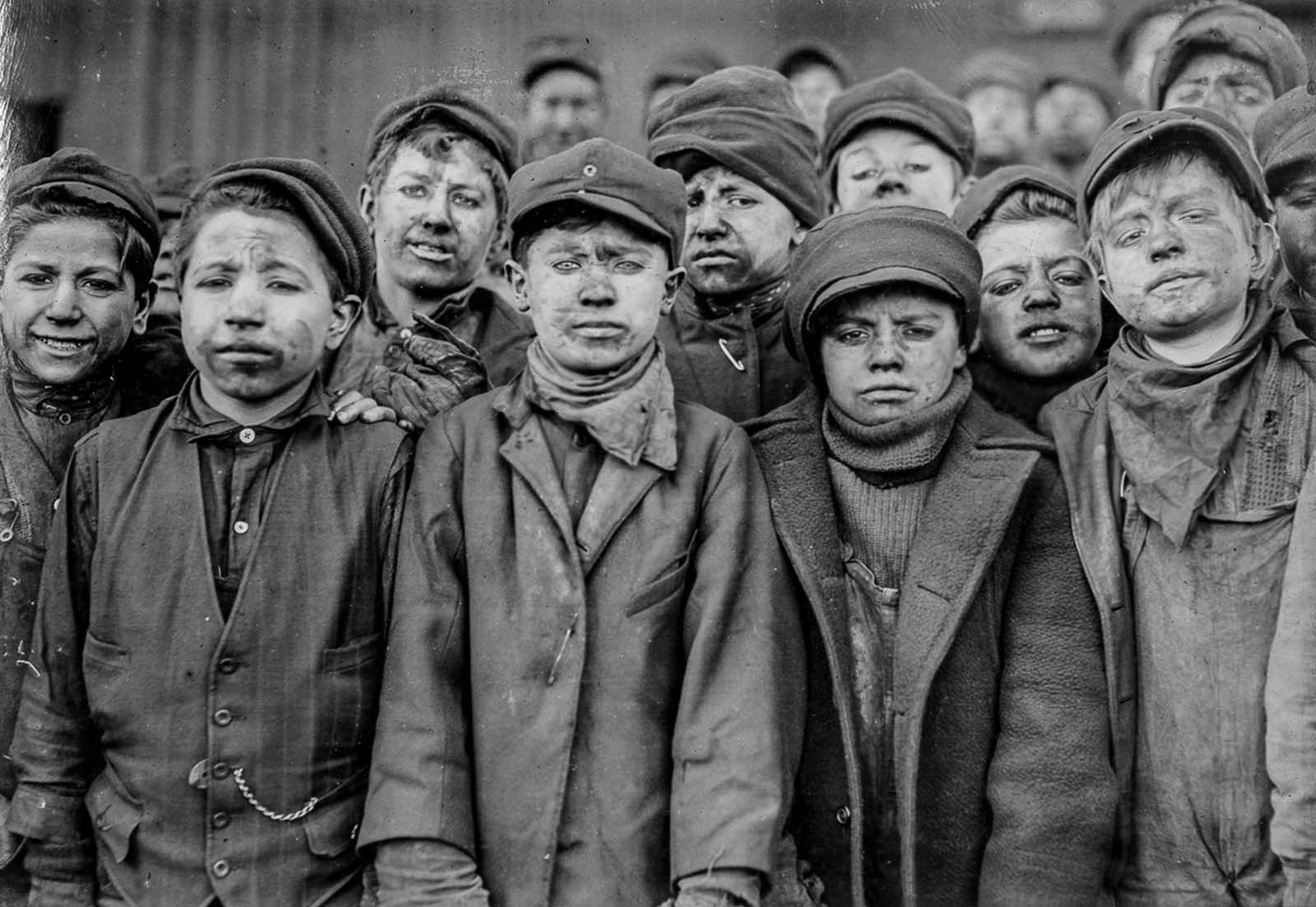 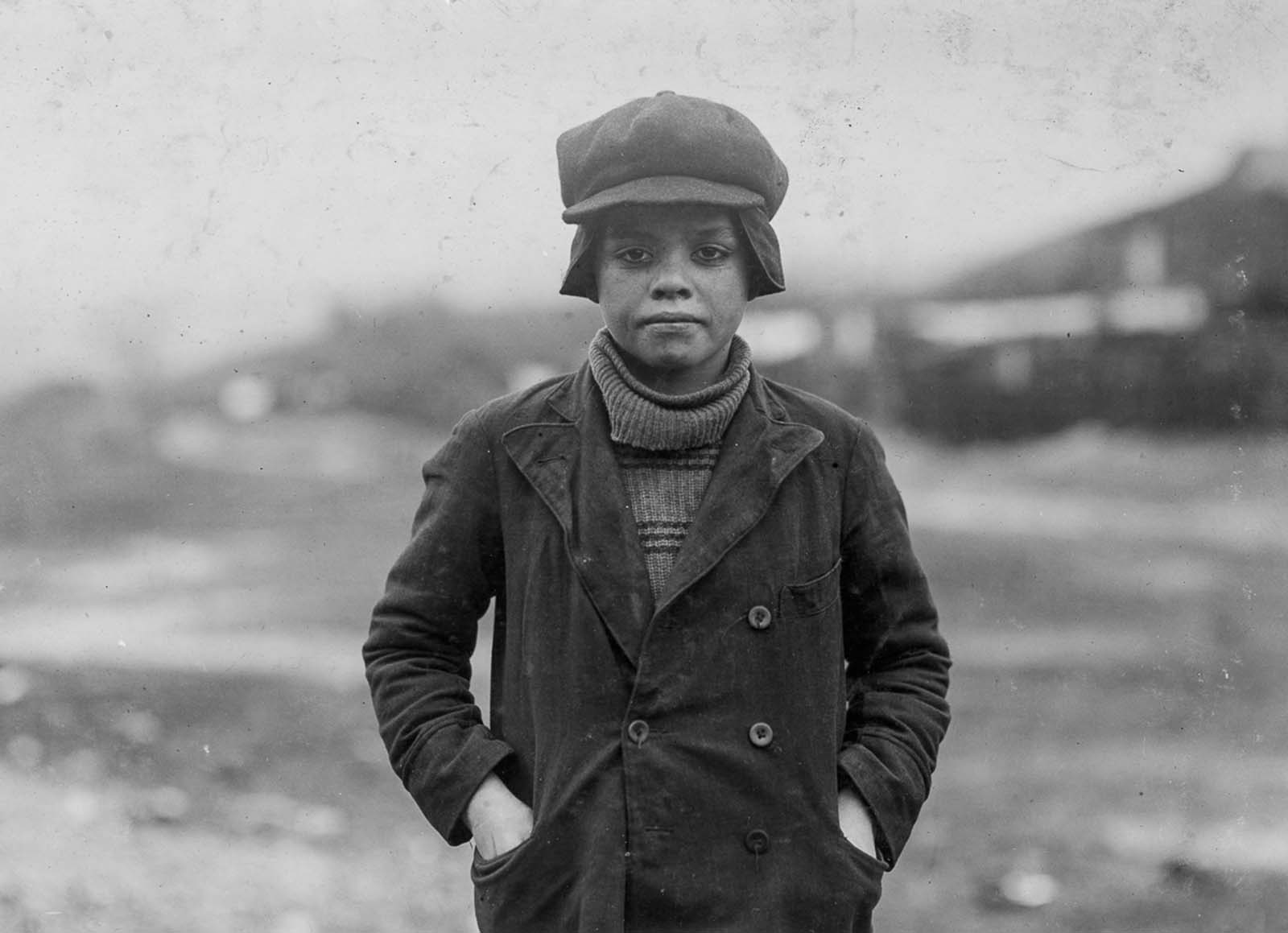 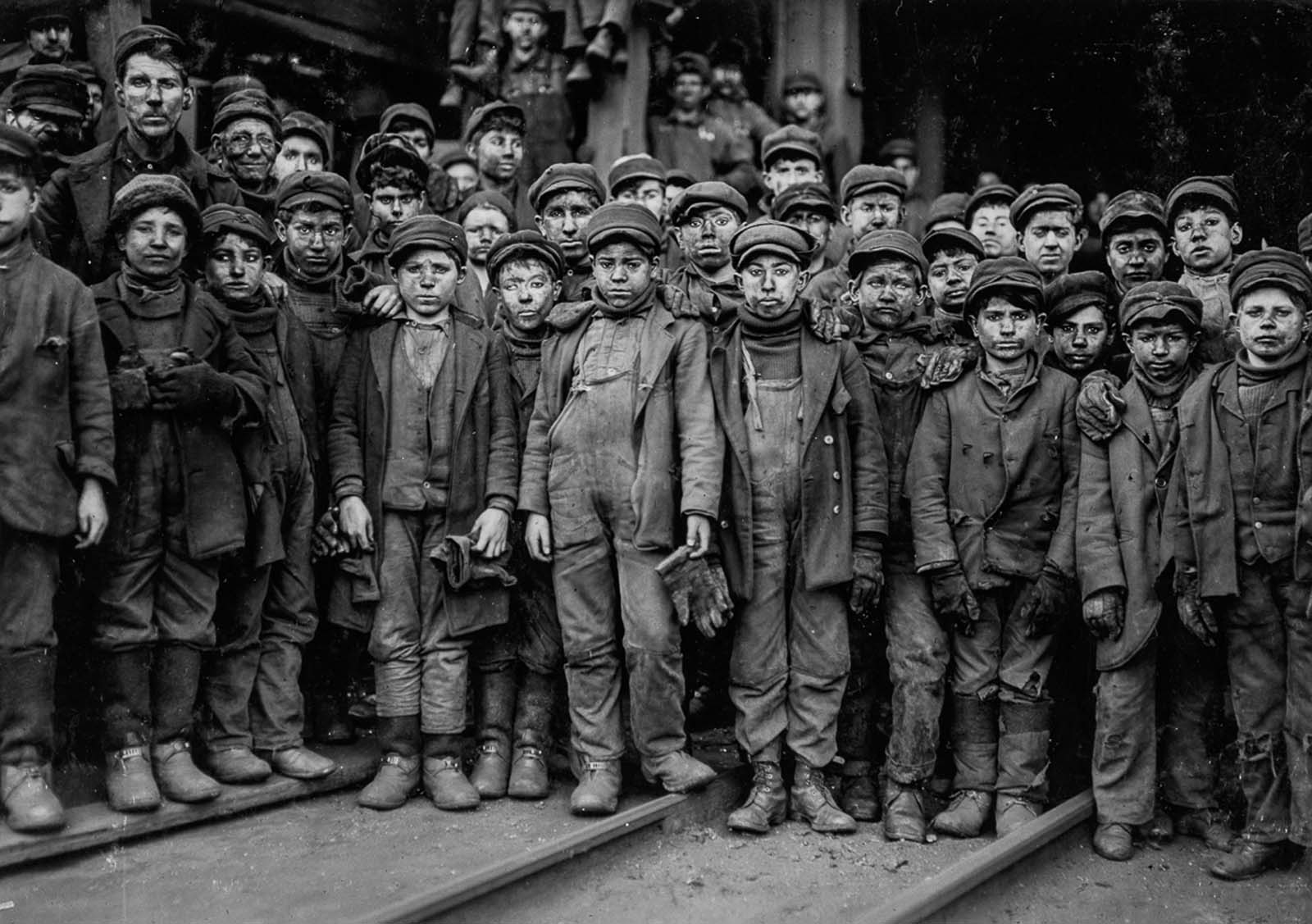 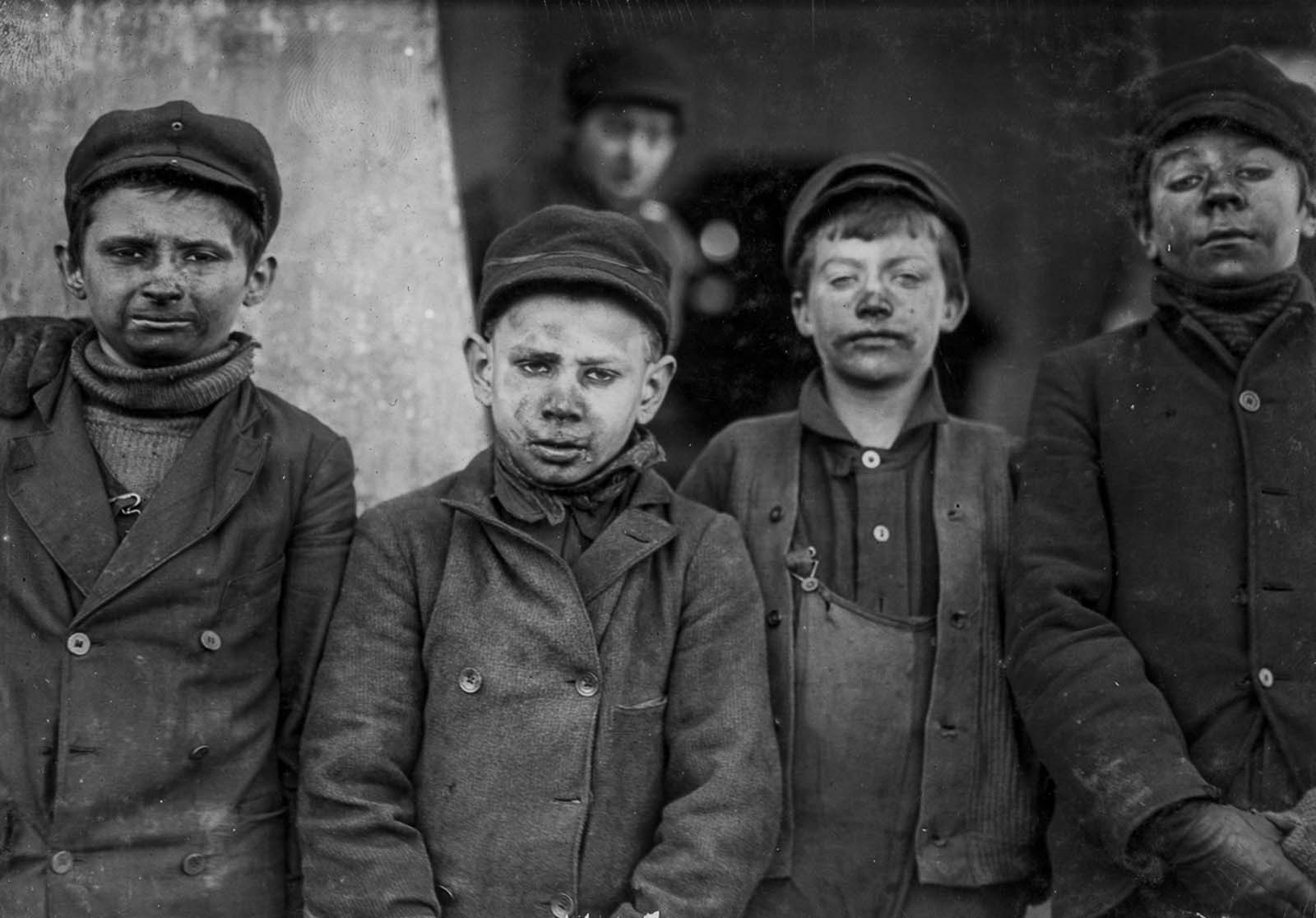 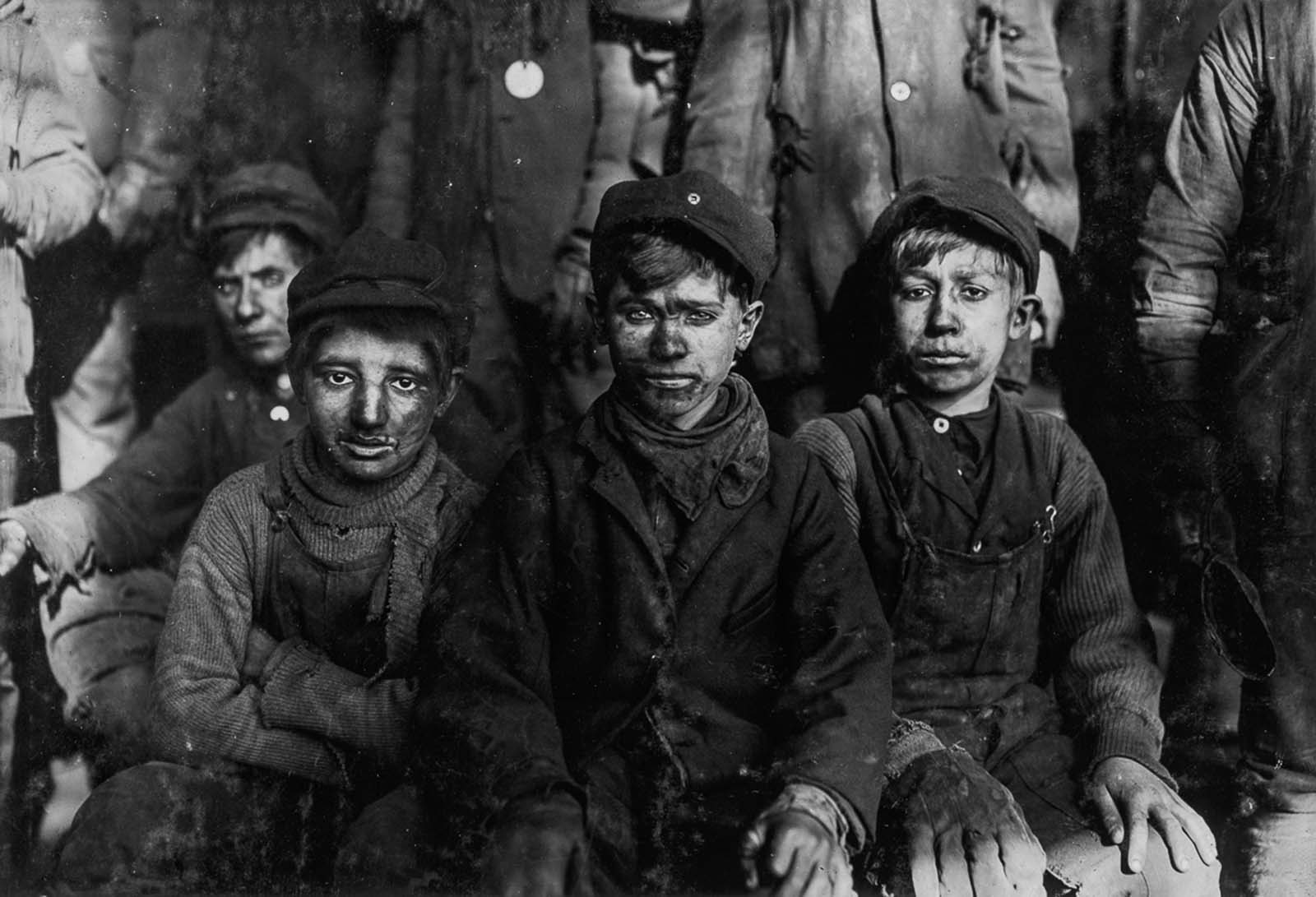 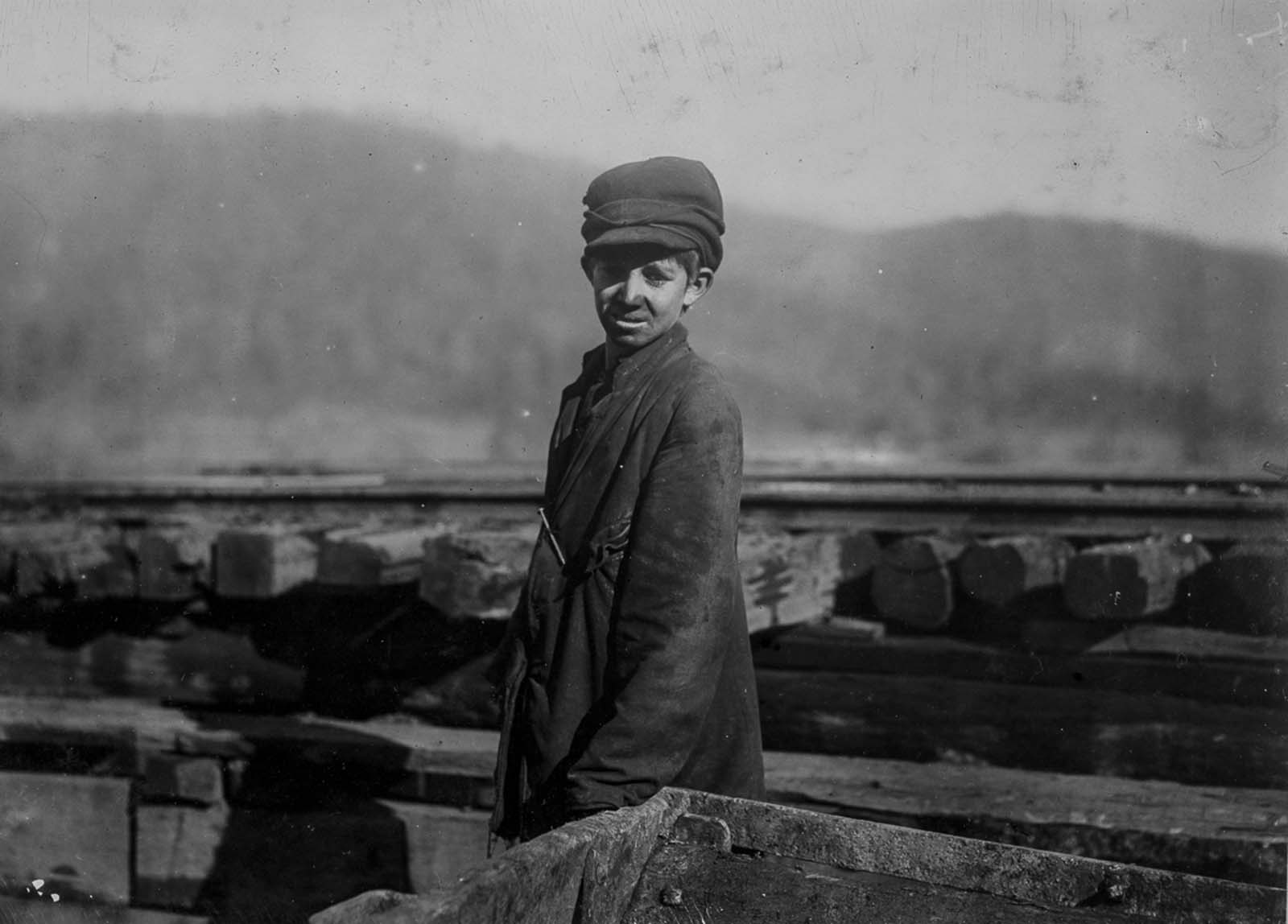 Harley Bruce, a worker at Indian Mountain Mine in Tennessee. 1910. 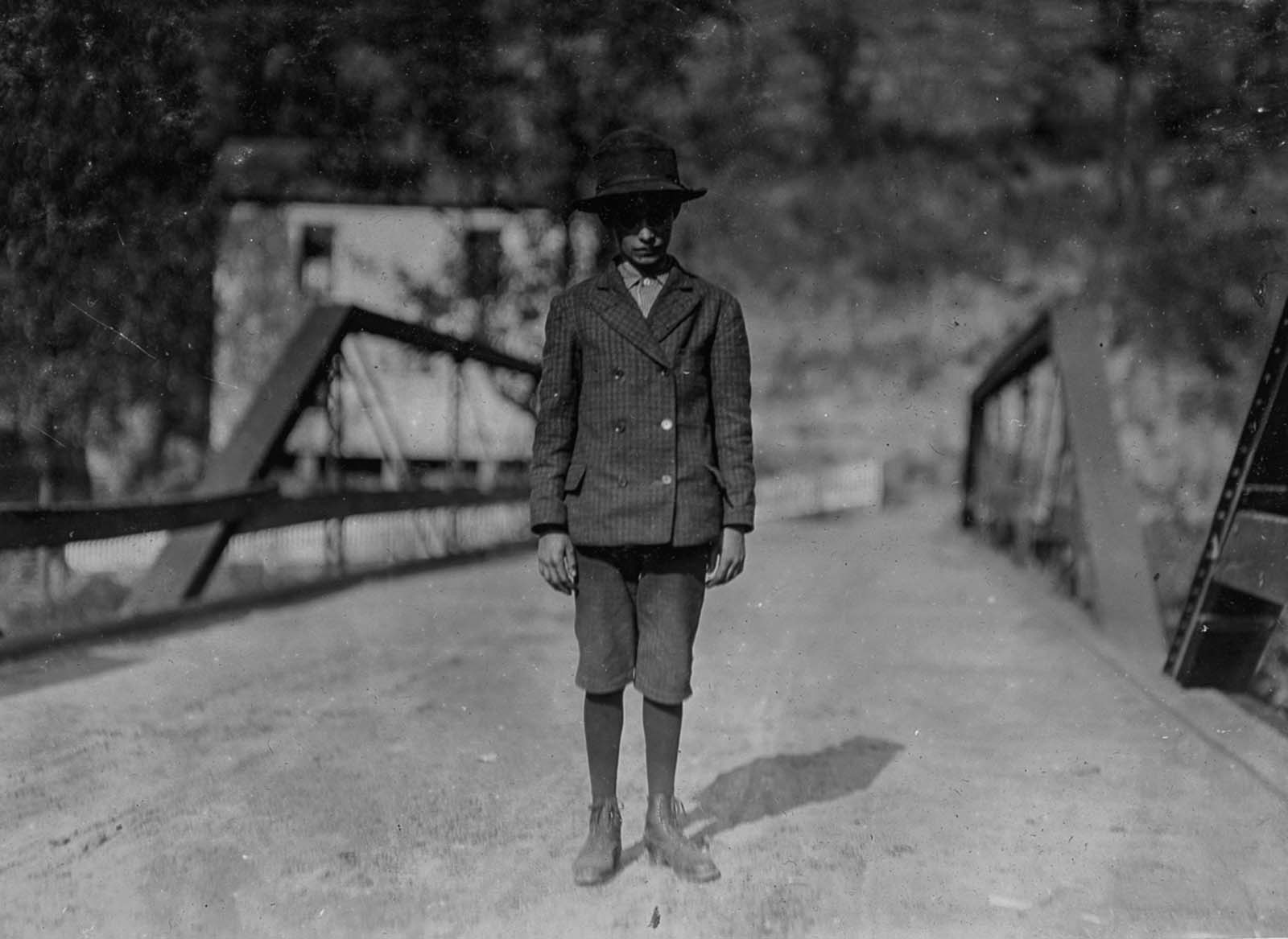 Arlie Fankins, 14, a shoveler in Barnesville Mine in West Virginia. 1908. 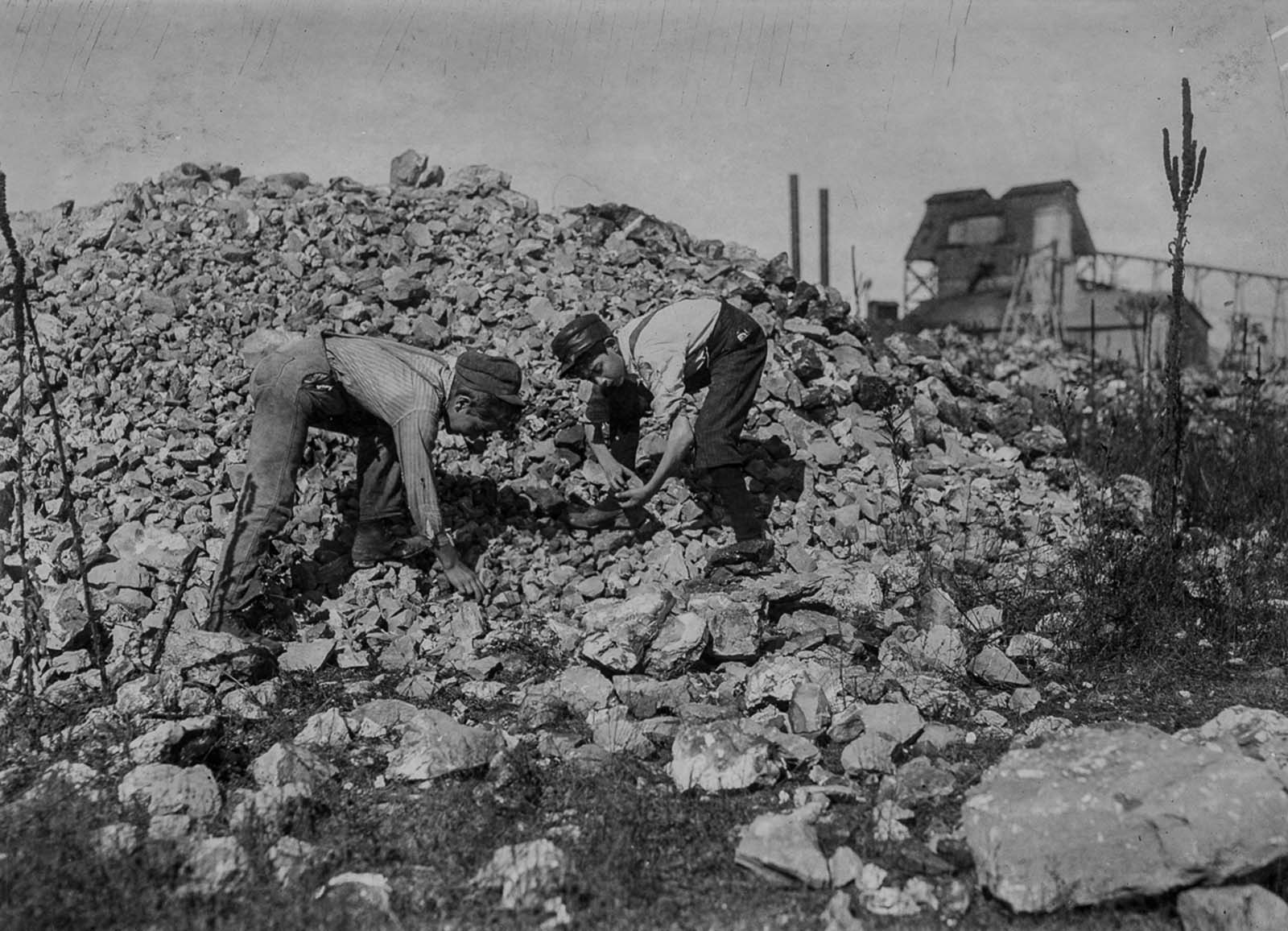 Basil Roberts and James Hopper, both 12, cull through waste from a zinc mine in Aurora, Missouri. 1910. 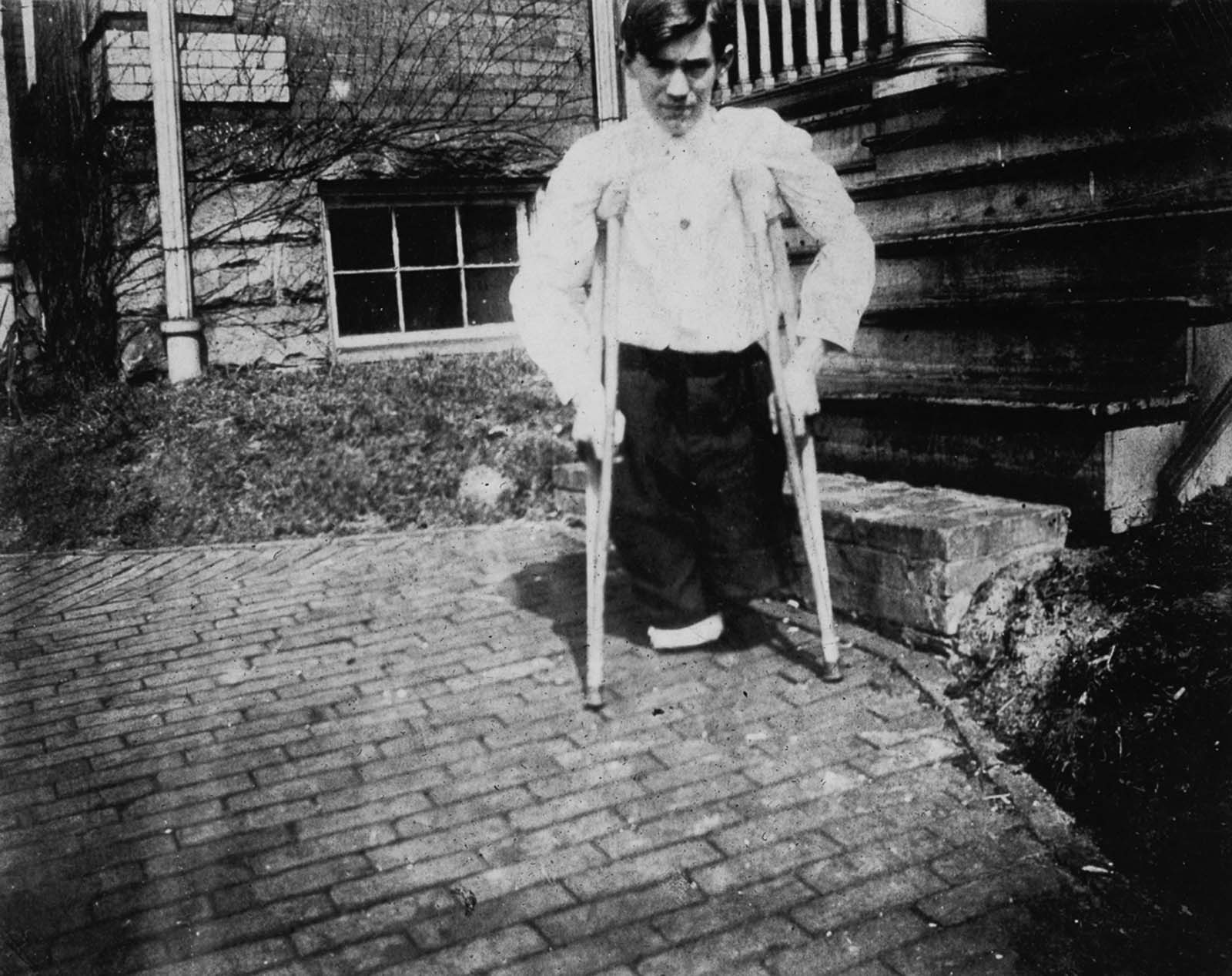 Nola McKinney, whose legs were cut off by a motor car in a coal mine in West Virginia when he was 14 years old. 1910. 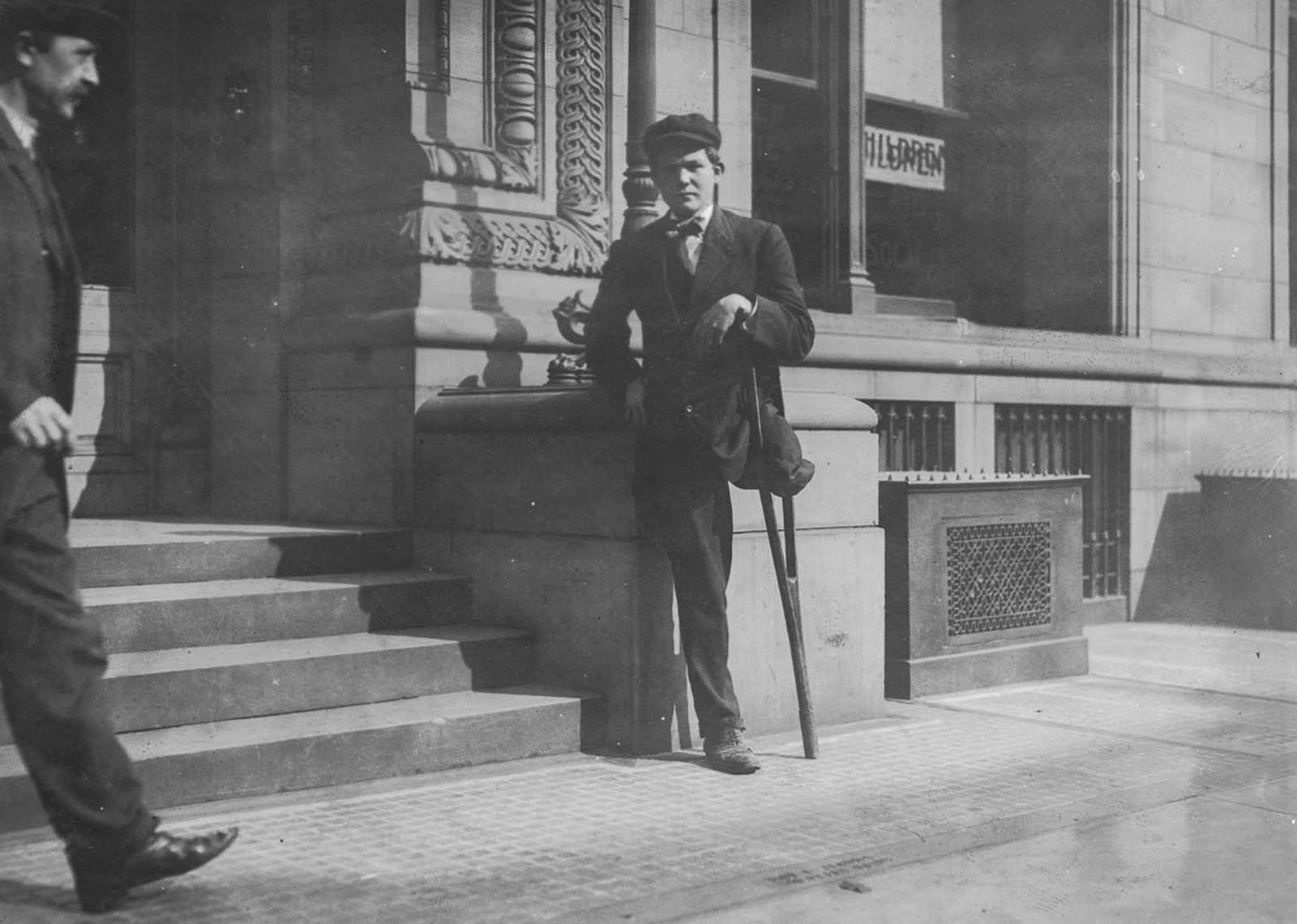 Neil Gallagher, who lost his leg in an accident in a Pennsylvania mine at the age of 13. 1909. 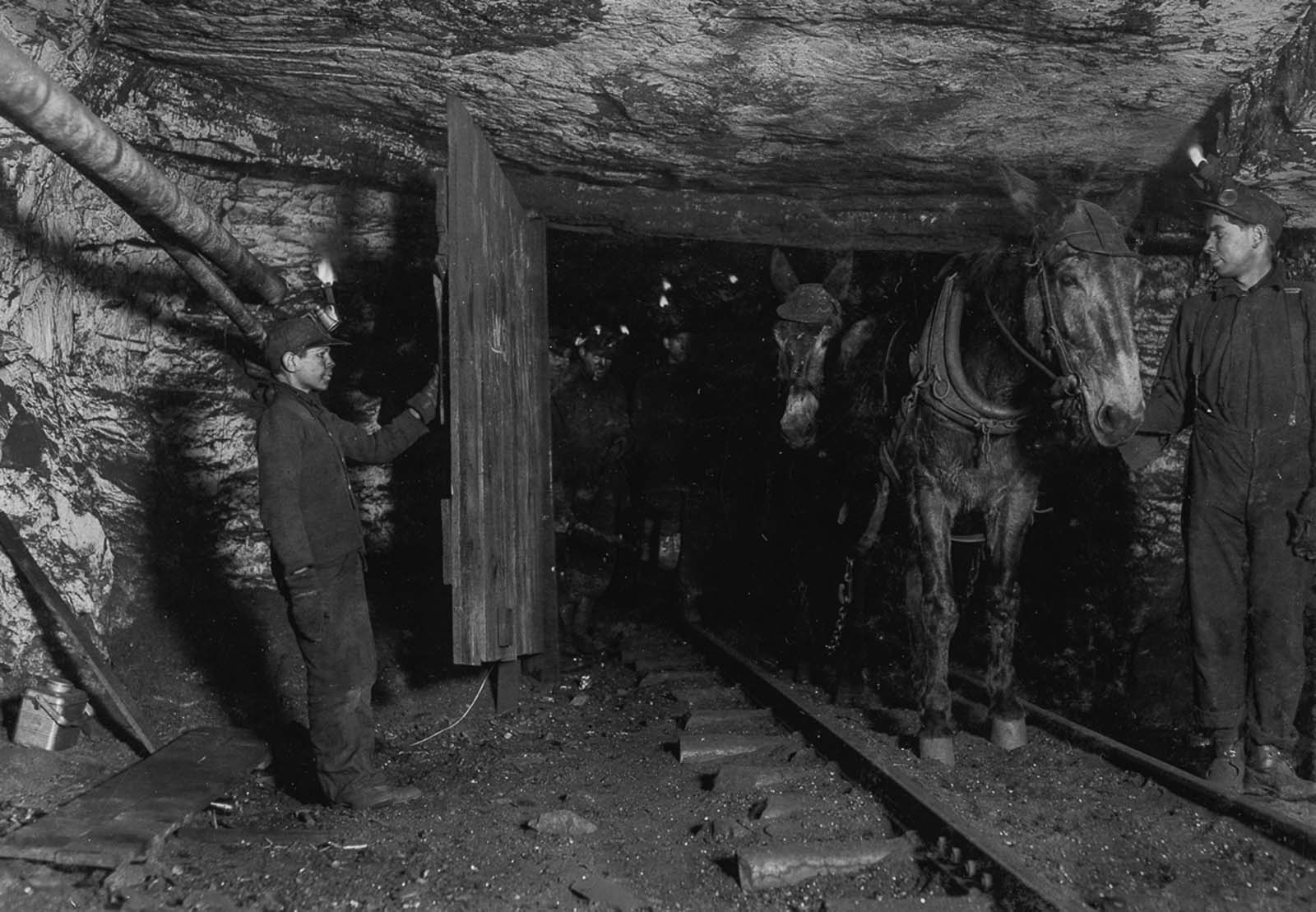 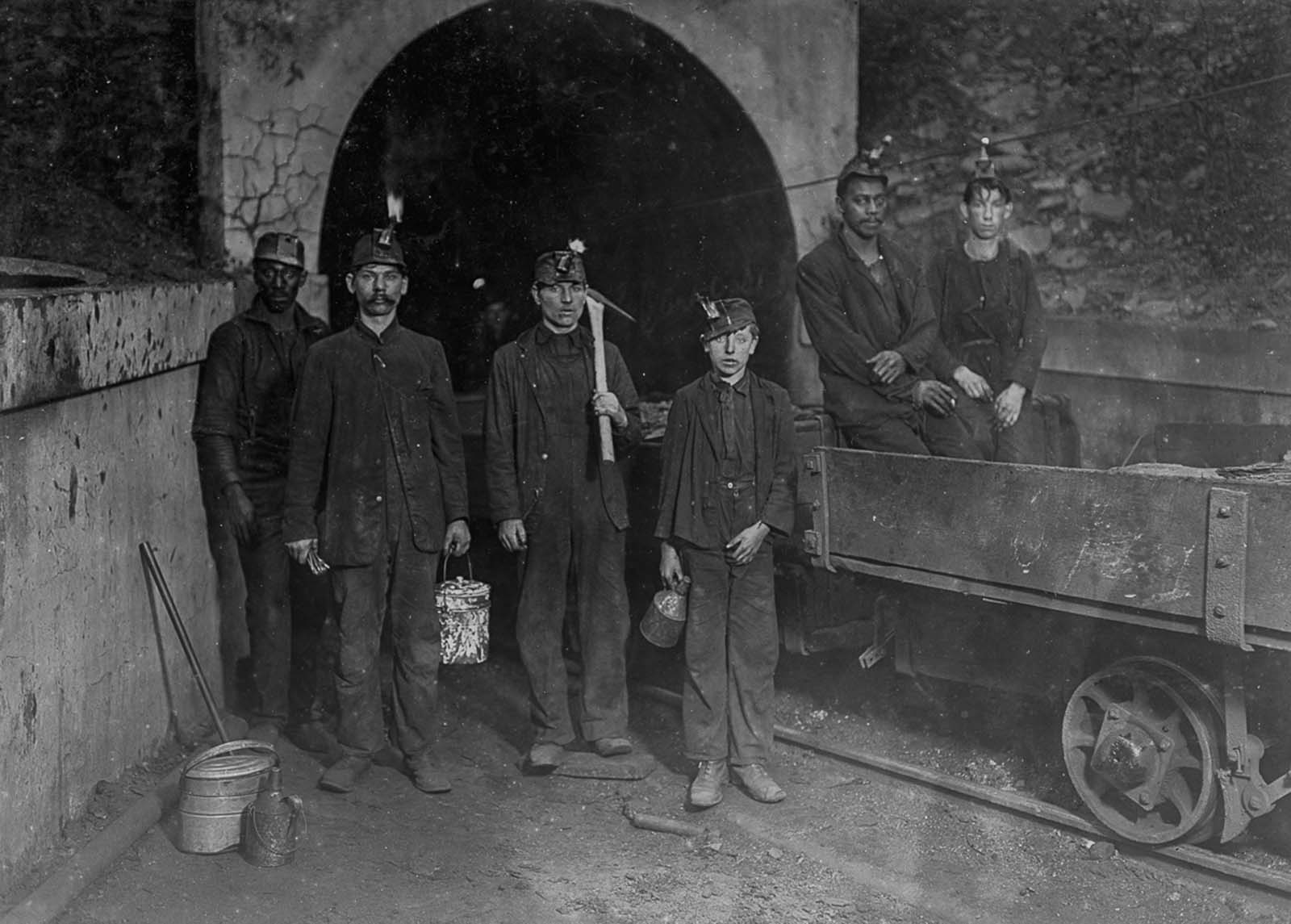 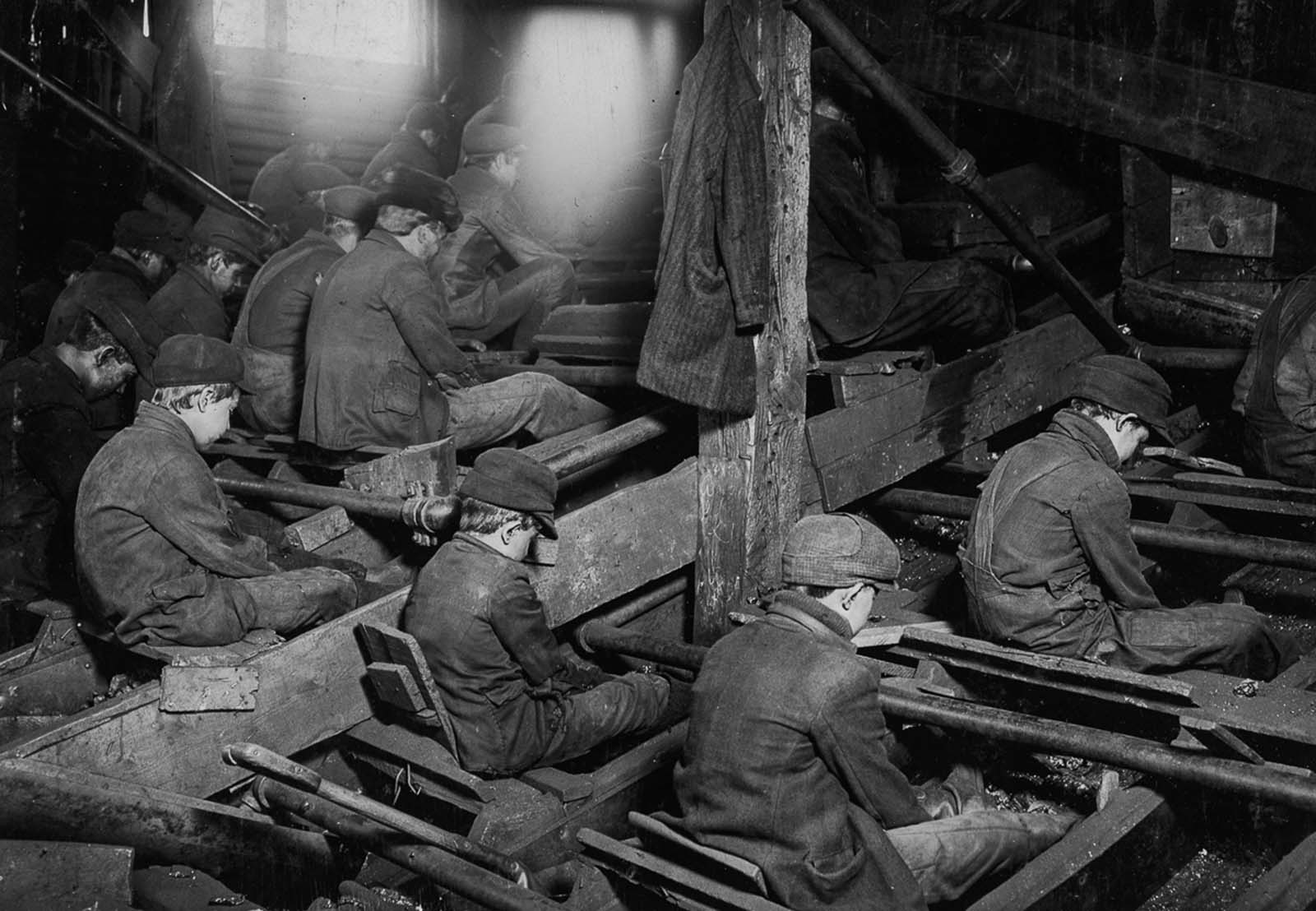 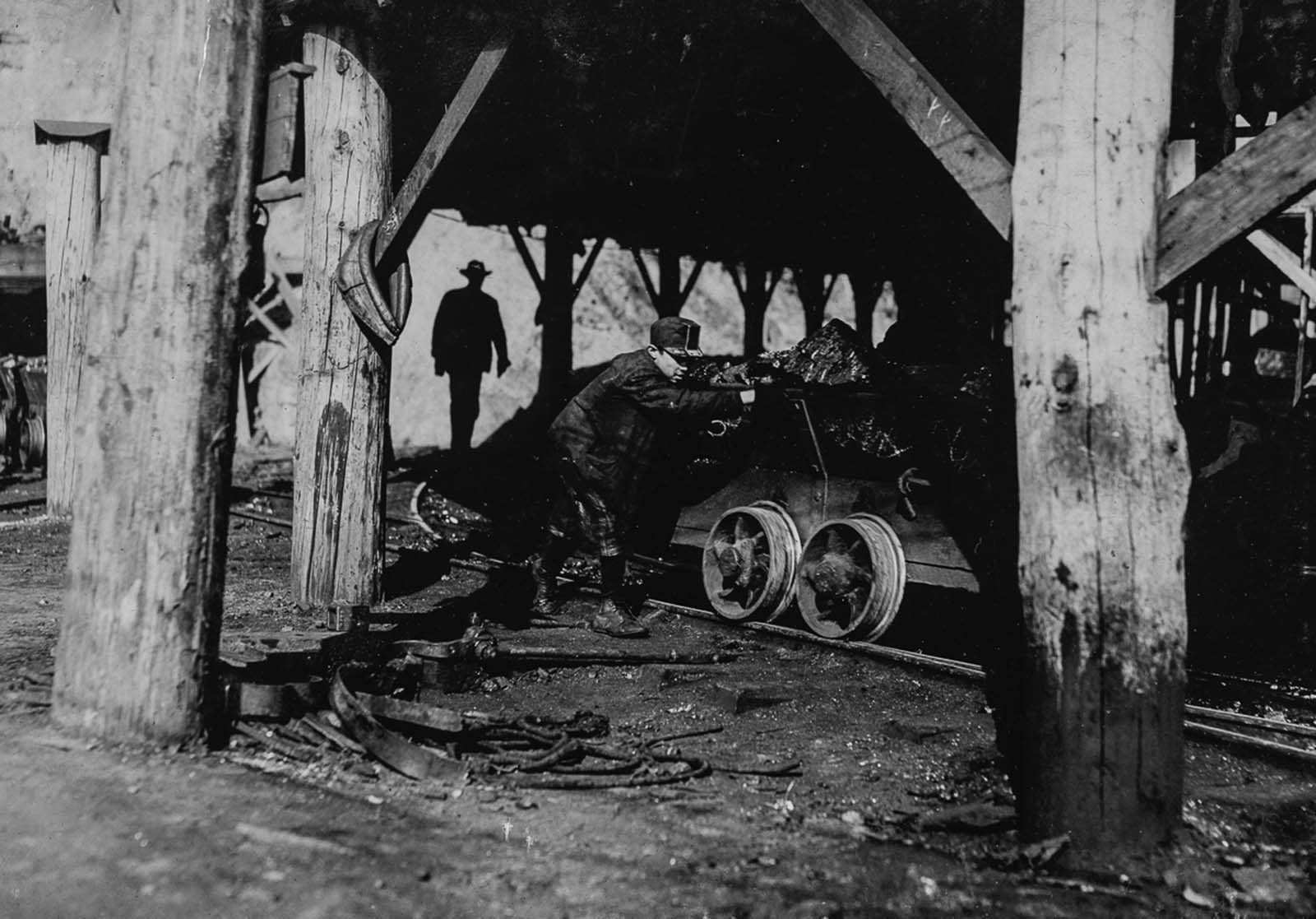 James O’Dell pushes a coal cart outside a mine in Coal Creek, Tennessee. 1910. 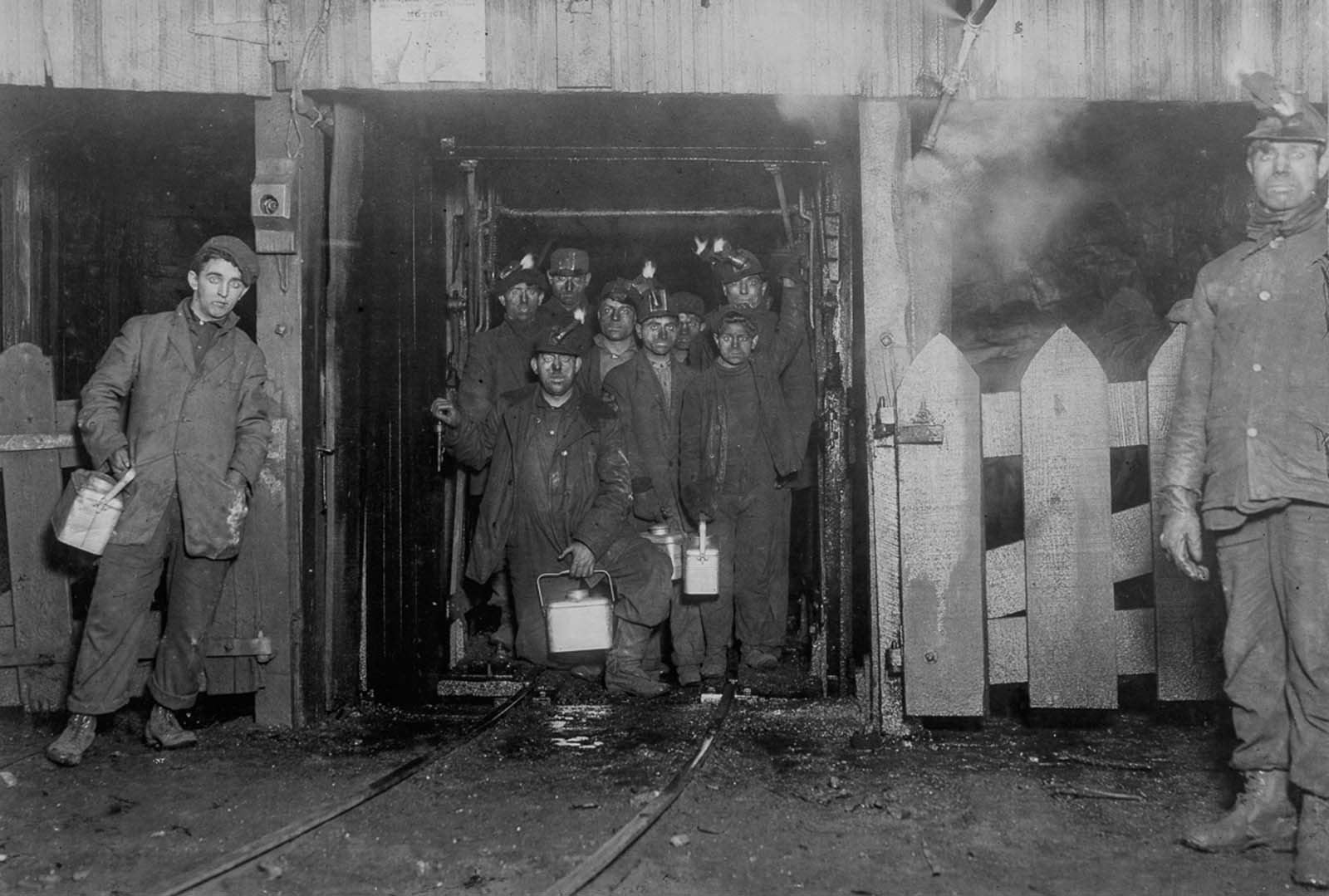 Workers wait for the cage to ascend to the surface at the end of the day. 1910.