A young private waits on the beach during the Marine landing at Da Nang, 1965

Looking at who was around Da Nang around then, he must be part of 1/3 or 1/9 Marine Corp. This soldier just arrived. That’s why he is still wearing a white t-shirt and is wearing clean fatigues and has a new-looking web belt. Some of the soldiers in Vietnam were too young to legally buy alcohol.

Picture found in a book called “The Marines in Vietnam 1965” with the following description: The Landing and the Buildup, Operation Blastout 1.

In the Chronology of Significant Events section it says that on 3 August 1965 (the date of the photo) Company D, 1/9 had conducted a one-day operation (Operation Blastout 1) at Cam Ne, south of Da Nang.

Situated on the flat, sandy ground on the south side of the major port city of Da Nang, the area was ideal for an airfield, having unobstructed approaches to its north/south runways.

The base became a joint operating airfield when U.S. Forces came to the aid of the South Vietnamese. The combat unit that landed on Da Nang to protect the airbase was the first U.S. ground unit to land on South Vietnam. 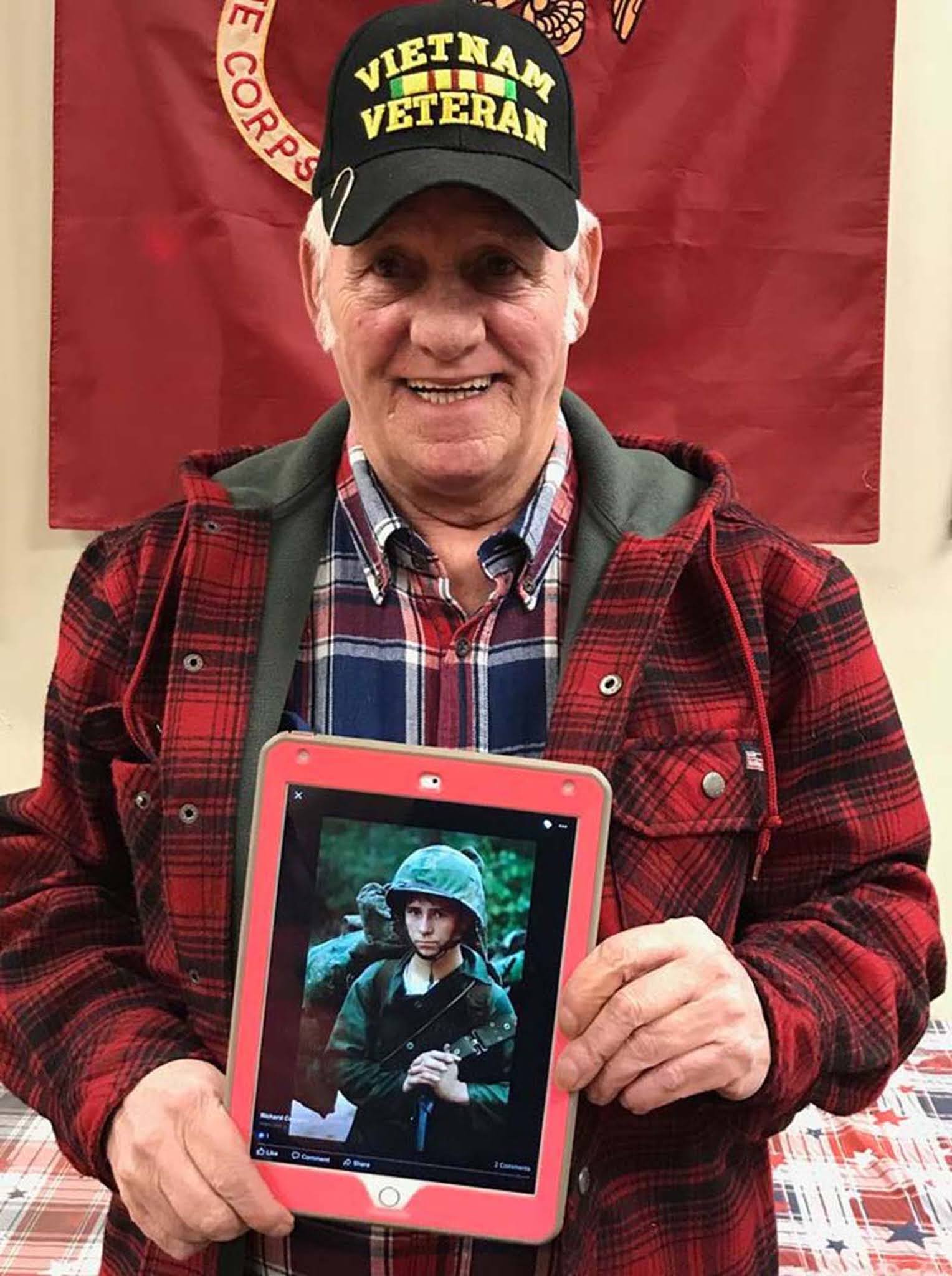 Richard Coggins, discovering himself in a classic photo from Vietnam.

That was a reason for the rage that built up within a majority of the soldiers. Soldiers also had to face very harsh weather, totally unlike what it is in the US. Their life was divided into long intervals of having to do nothing but fend against the weather and the rough environment and short unpredictable intervals of actual battle with the enemy.

During the early years of the war, many American servicemen supported the U.S. government’s decision to become involved in Vietnam. They believed it was important to stop the spread of communism in Southeast Asia.

As a result, the morale of American troops was fairly high—at first. By the late 1960s and early 1970s, however, both the morale and performance of the U.S. forces declined rapidly.

Update: Many years have gone by since this article was first published, eventually, the soldier in the photo was identified as Richard Coggins. He was 17 when he landed at Da Nang in 1965 and did two tours in Vietnam. Unfortunately, he passed away in September 2020.