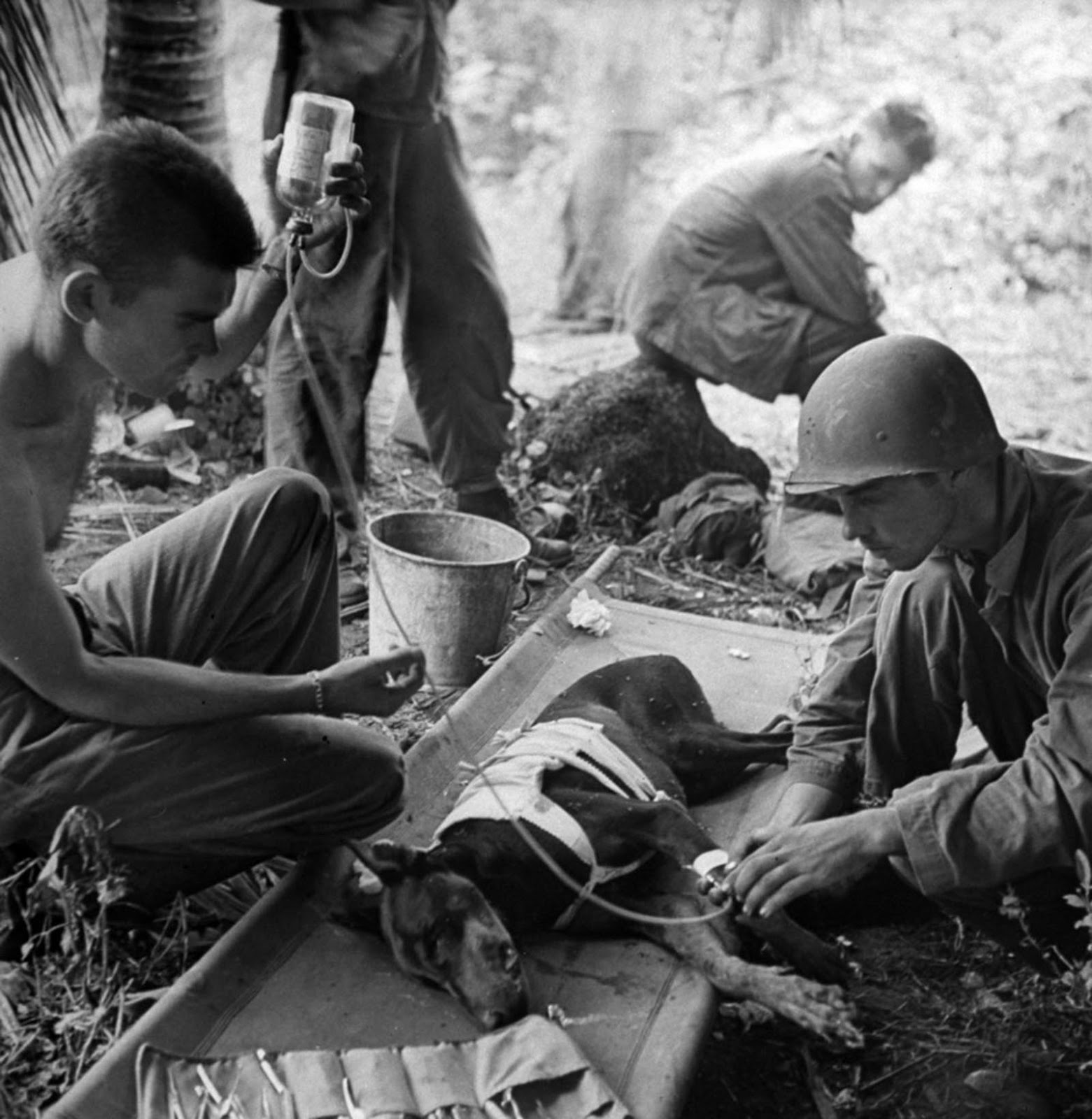 In the late summer of 1942, the Marine Corps decided to experiment with the use of dogs in war, which may have been a new departure for the Corps, but not a new idea in warfare. Since ancient times, dogs have served fighting men in various ways.

The Romans, for instance, used heavy mastiffs with armored collars to attack the legs of their enemies, thus forcing them to lower their shields. On Guam, First Lieutenant William R. Putney commanded the 1st Dog Platoon and was the veterinarian for all war dogs on Guam.

First Lieutenant William T. Taylor commanded the 2d Platoon. Both landed on the Asan-Adelup beach on Guam, while the 1st Platoon under Gunnery Sergeant L. C. Christmore landed with the 1st Provisional Brigade at Agat.

Man and dog searched out the enemy, awaited his coming, and caught him by surprise around the Marine perimeter or while on patrol. In addition, they found snipers, routed stragglers, searched out caves and pillboxes, ran messages, and protected the Marines’ foxholes as they would private homes.

The dogs ate, slept, walked, and otherwise lived with their masters. The presence of dogs on the line could promise the Marines there a night’s sleep, for they alerted their handlers when the enemy came near. Overall, some 350 war dogs served in the Guam operation.