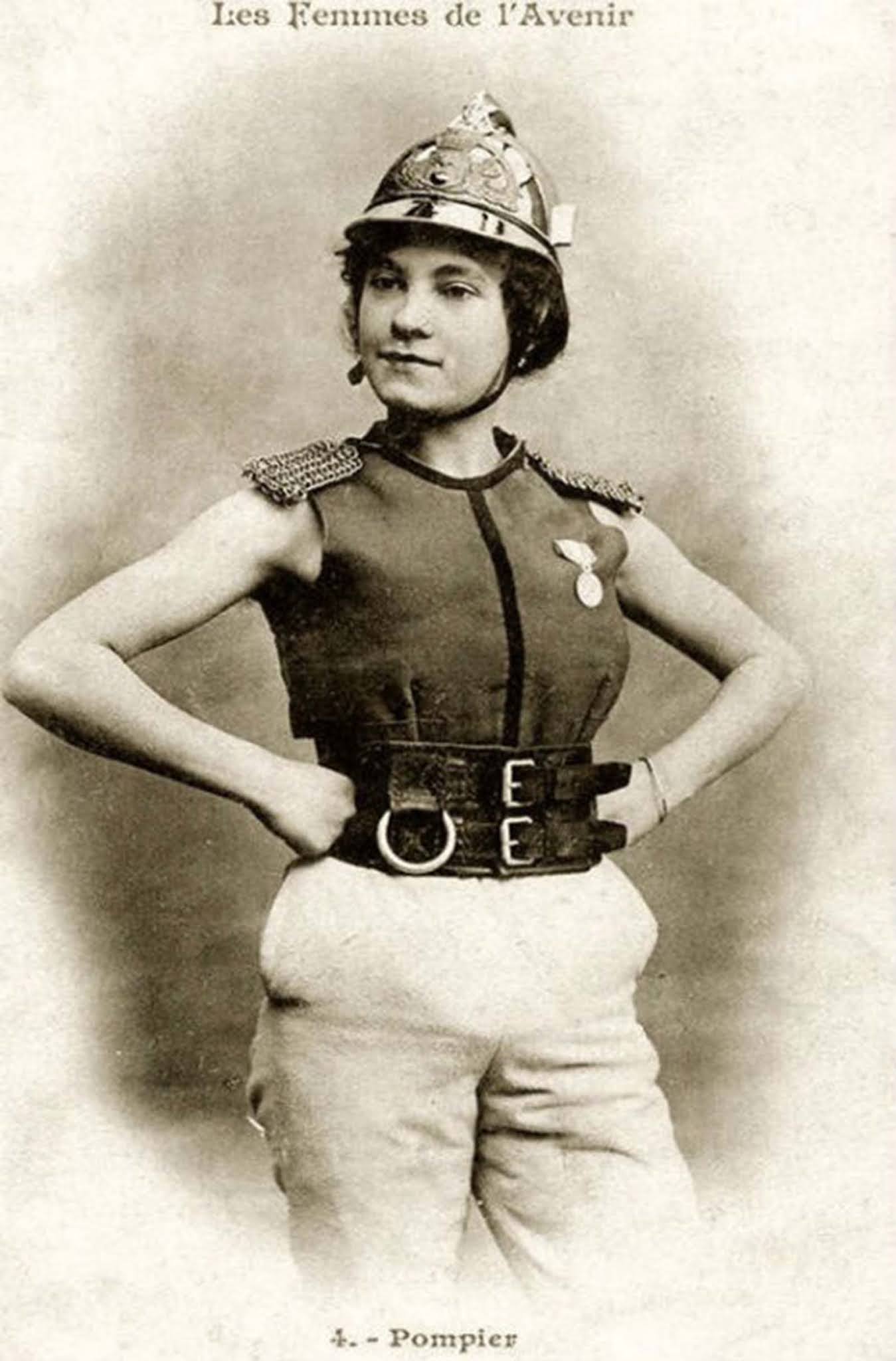 In 1902, a French manufacturer released a set of trading cards designed by artist Albert Bergeret that imagined the “women of the future” (original: Les Femmes de l’Avenir).

These cards depict various, imagined occupations that would have seemed fantastical to most ladies at the time: doctor, lawyer, politician, firefighter, even members of the military.

Although some of the images may have been received as risqué at the time, Bergeret had an indisputably progressive vision for his time. From firefighter to doctor, student to journalist, politician to lawyer, the artist was right on point with his “predictions,” albeit the wardrobe choices are impractical.

Judging by some of the revealing clothing, the ‘pin-up-style’ cards were meant to capture men’s fantasies rather than be part of any feminist movement. Either way, there’s something charming about this retro-futuristic attempt to expand the role of women in society, even if it was nothing but fantasy at the time.

French women were given the vote and became eligible to serve in office in 1944, significantly later than the United States and Great Britain.

Although the military in France was never officially open to women, about eight thousand were estimated to have served openly in the ‘armé’ – in local troops, not in the battlefields, between 1792 and 1794.

Bergeret became a successful businessman. His studio was the leading postcard producer in France. In 1900 he produced 25 million cards and by 1903 he published 75 million postcards. Bergeret died in 1932 but his postcards are still renowned today.

The cards come from the collection of Monique and Gerard Lequy, who run a website dedicated to Bergeret’s work. The pair live in the town of Nancy, France, where Bergeret created much of his work. In this article, we’ve collected a selection from Bergeret’s Les Femmes de l’Avenir (Women of the Future). 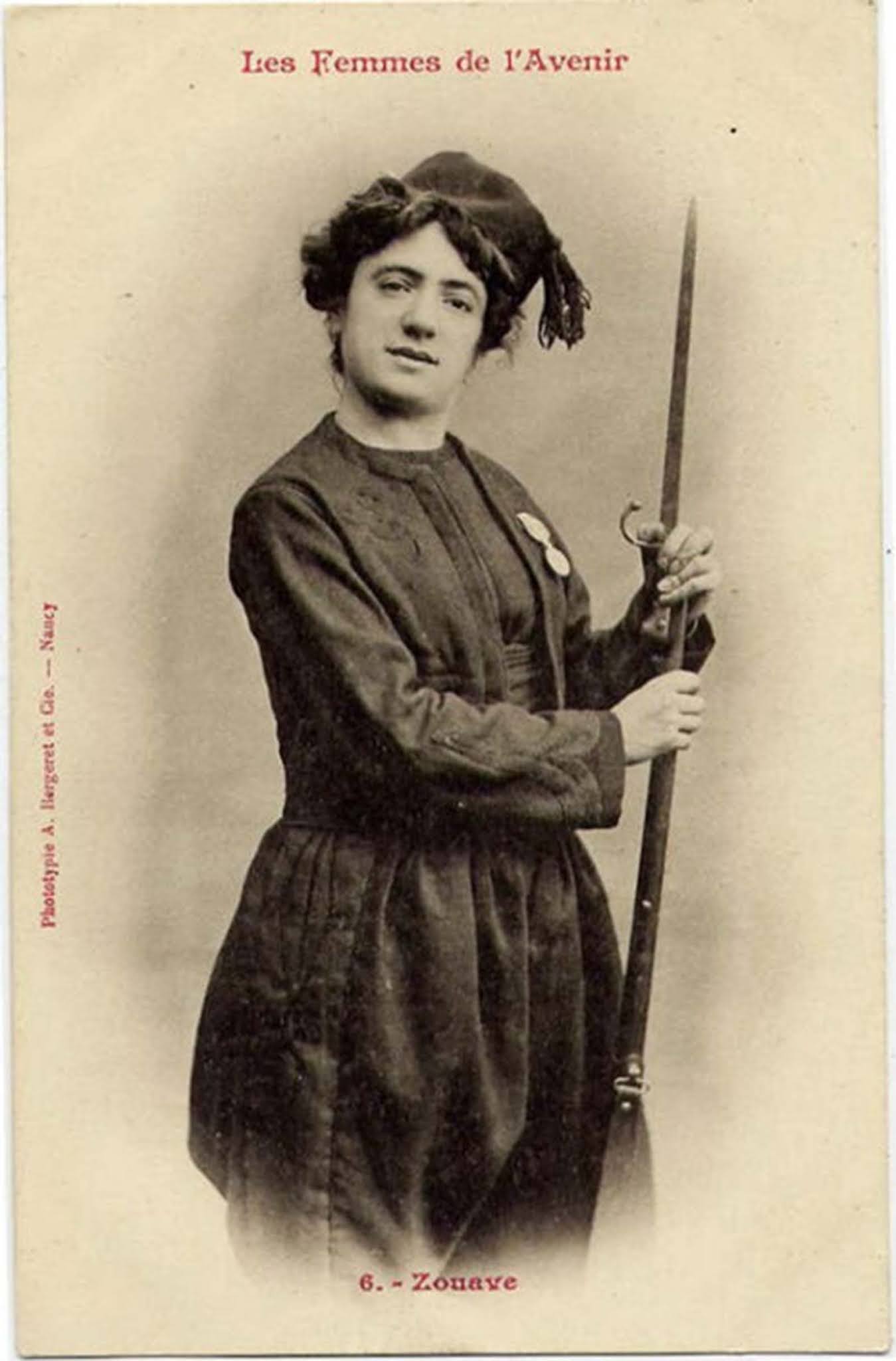 Member of a light-infantry corps. 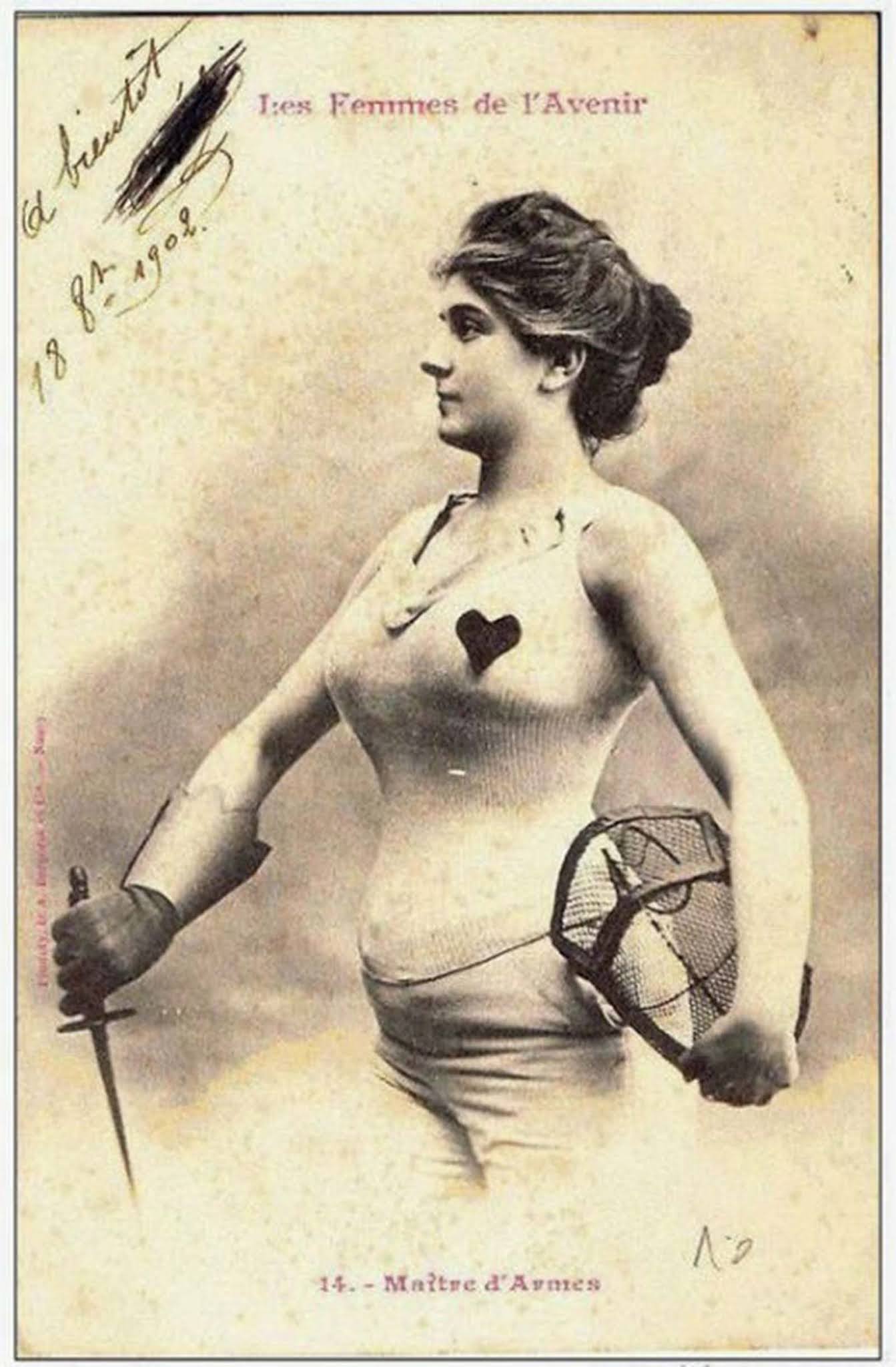 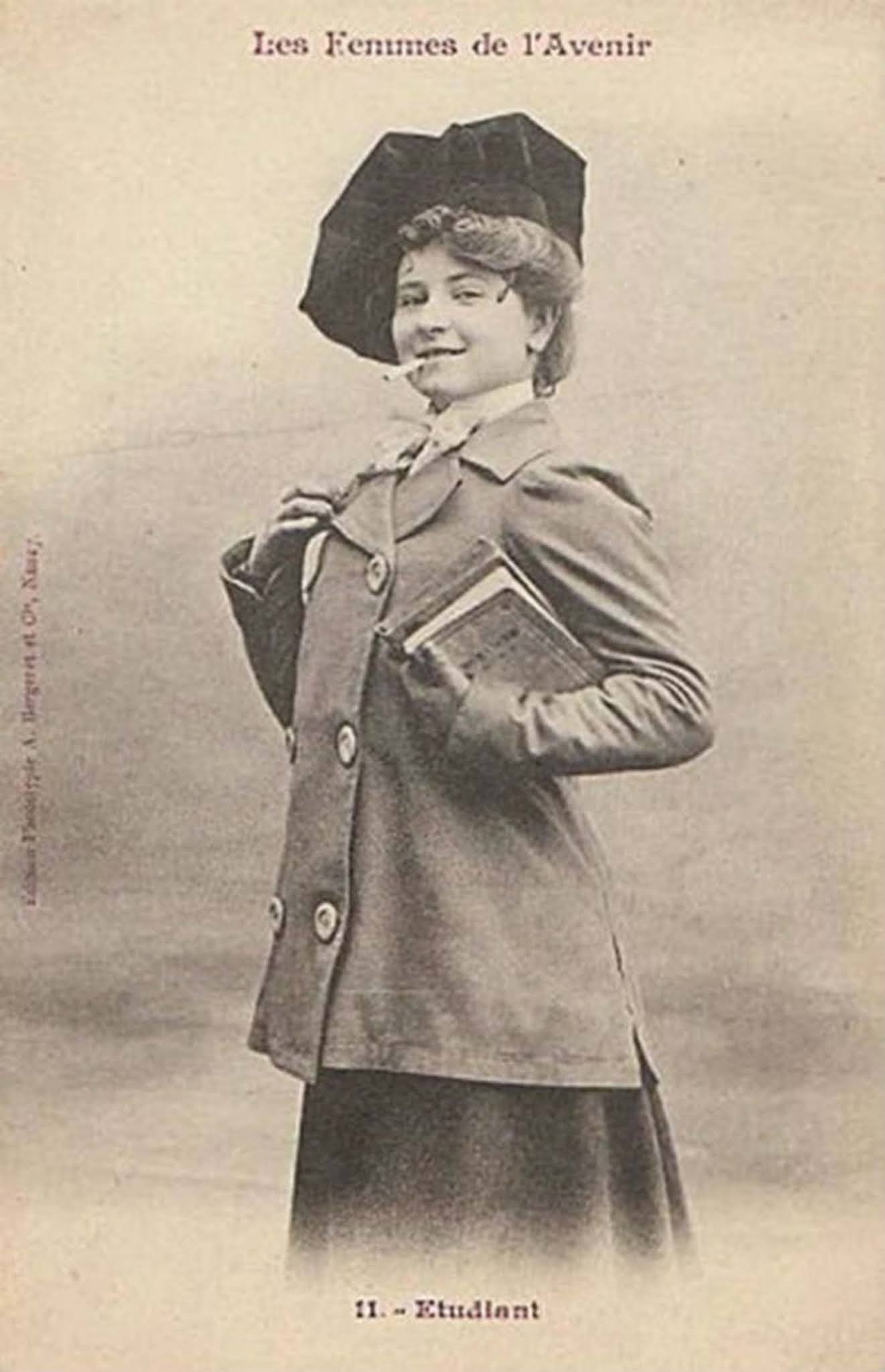 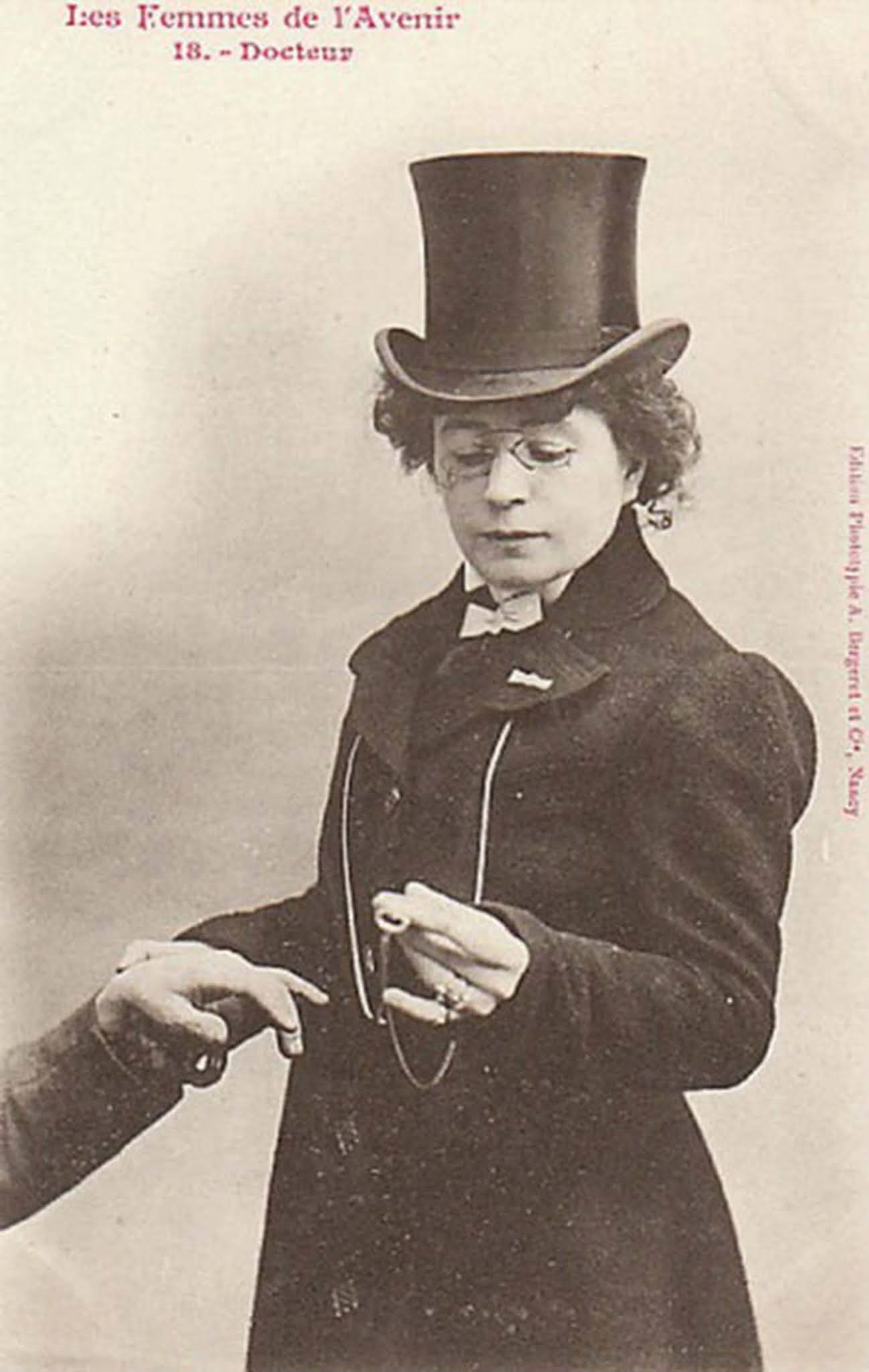 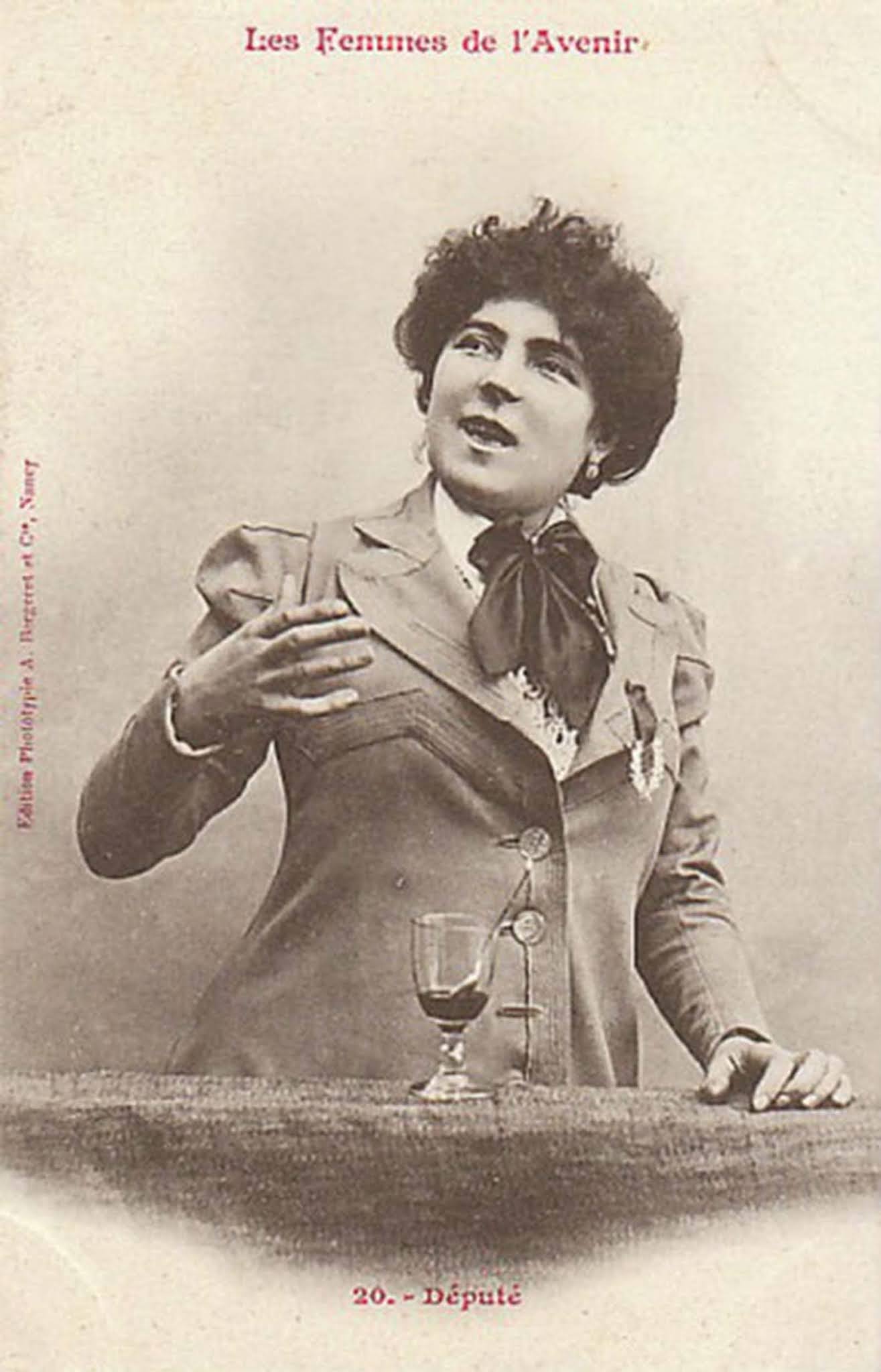 A member of the Assemblée. 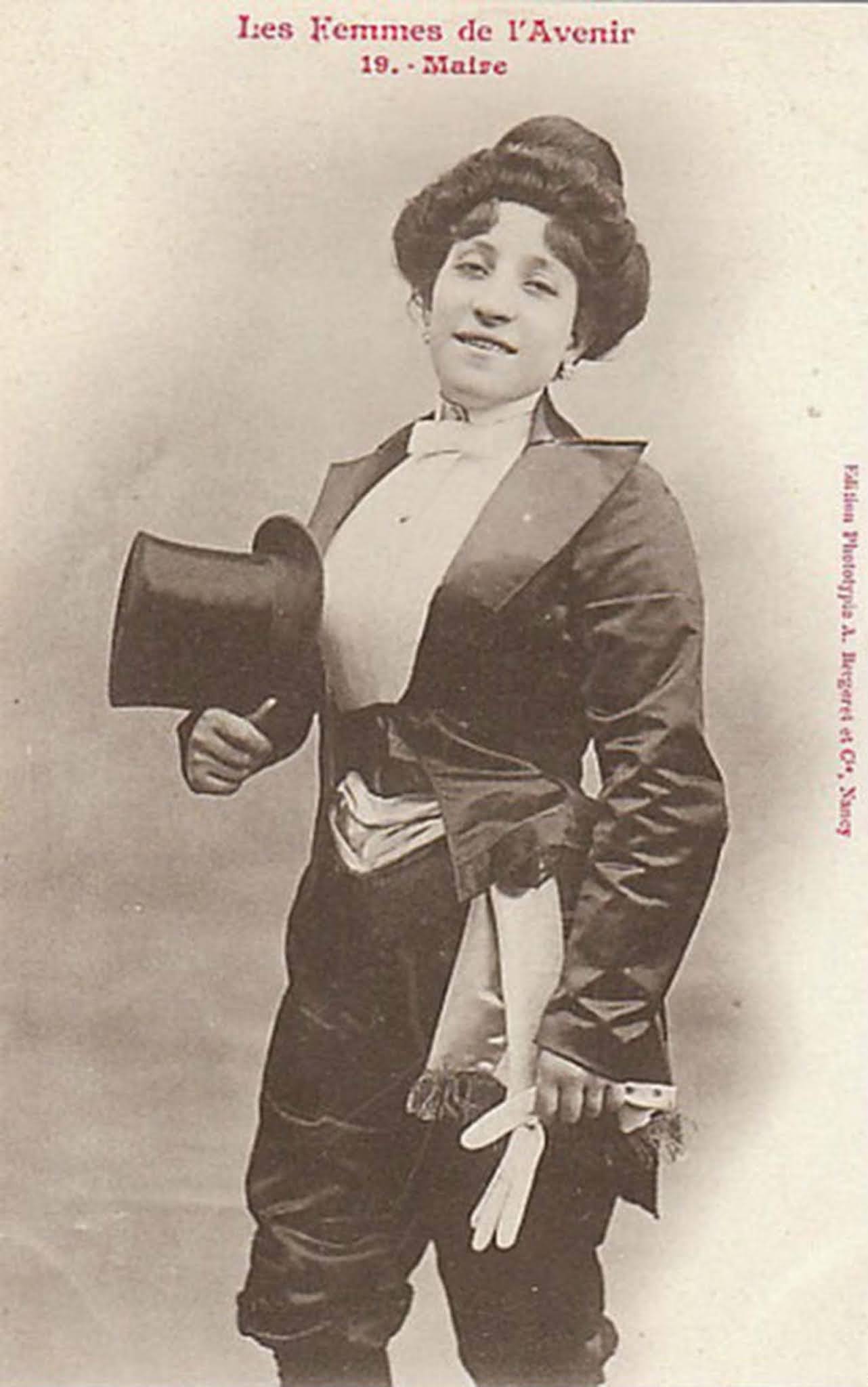 A mayor. Women in France were not allowed to serve in office until 1944. 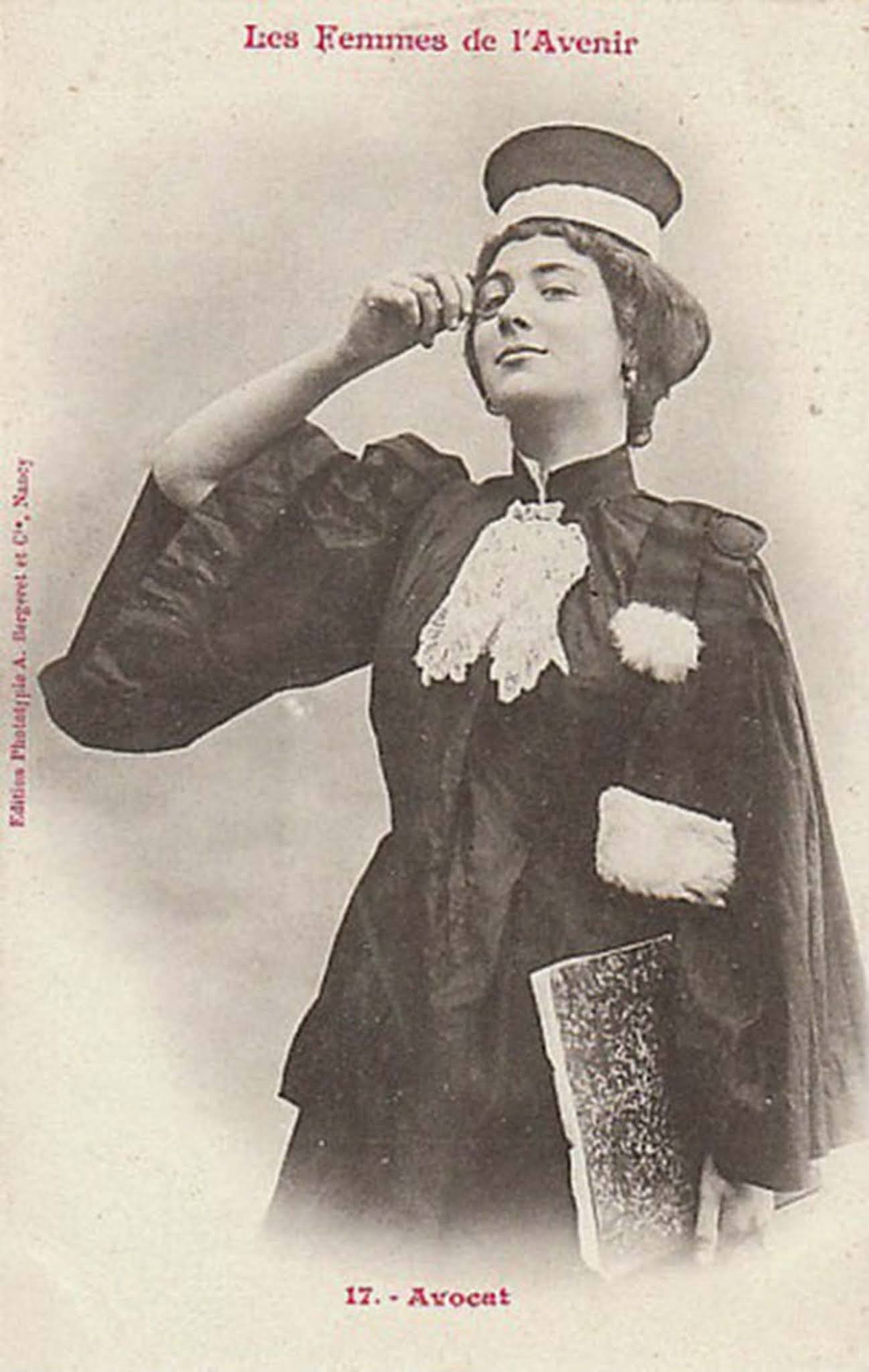 A lawyer. Women in France were allowed to practice law in 1900. 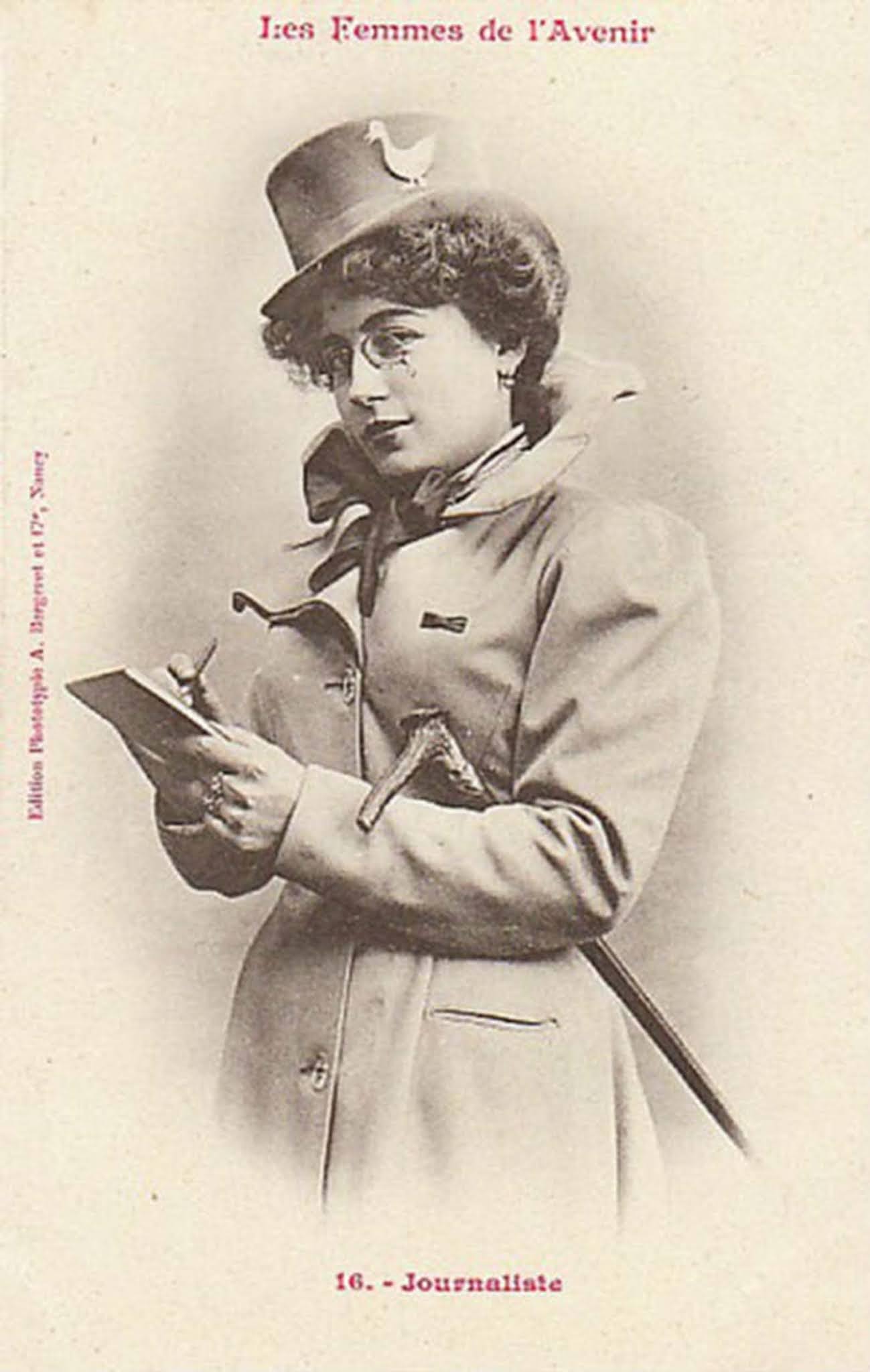 A journalist with a duck-detailed hat. 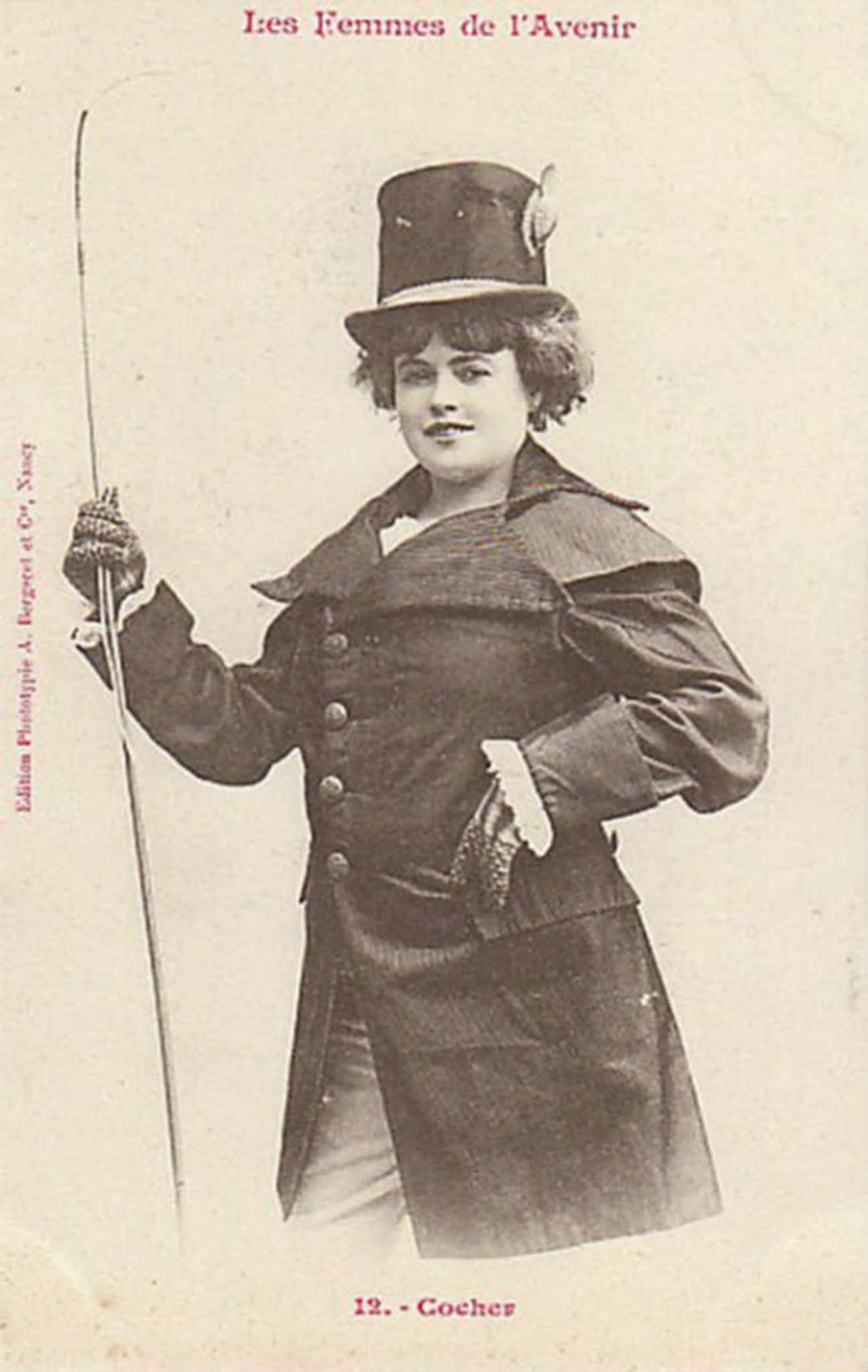 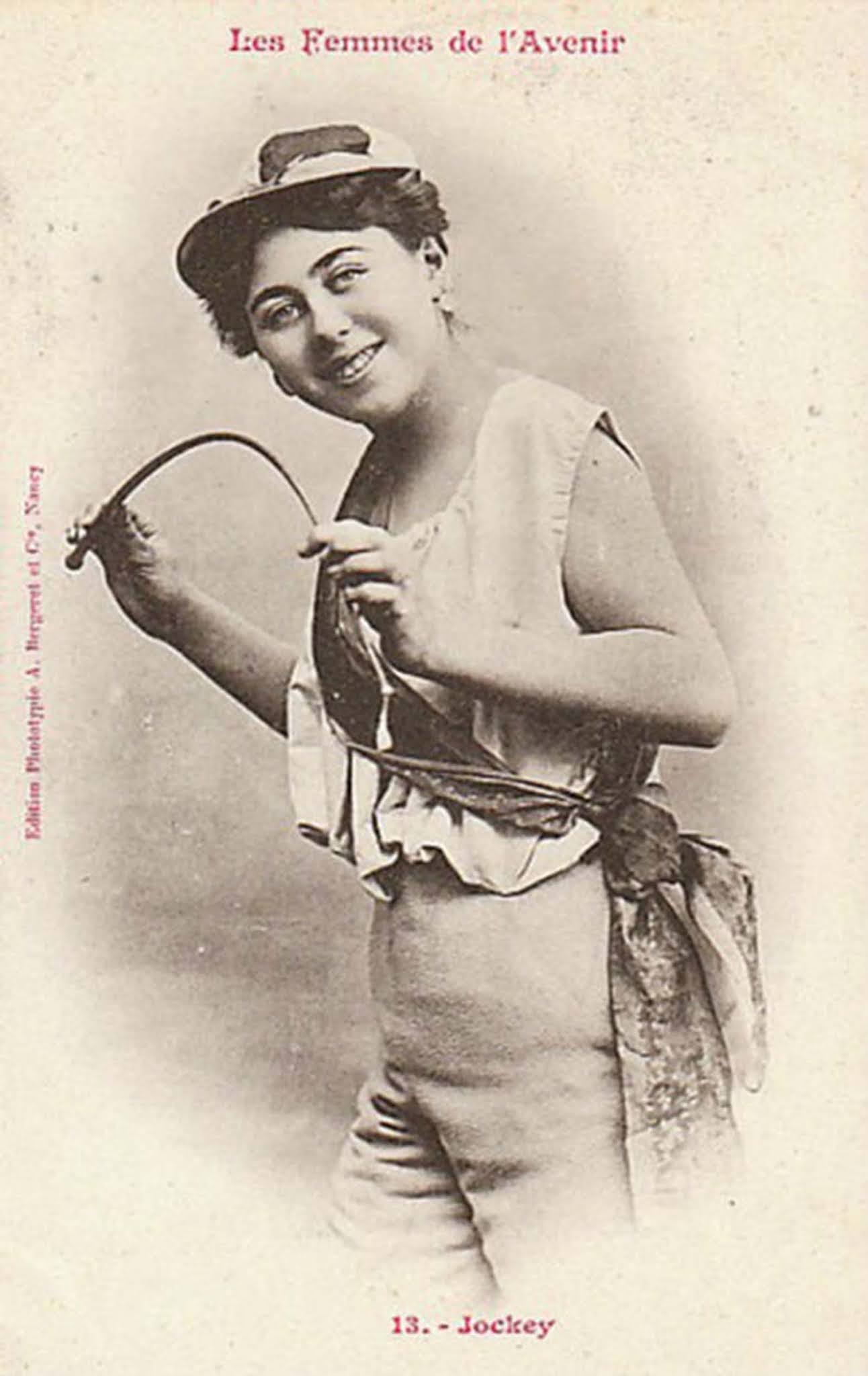 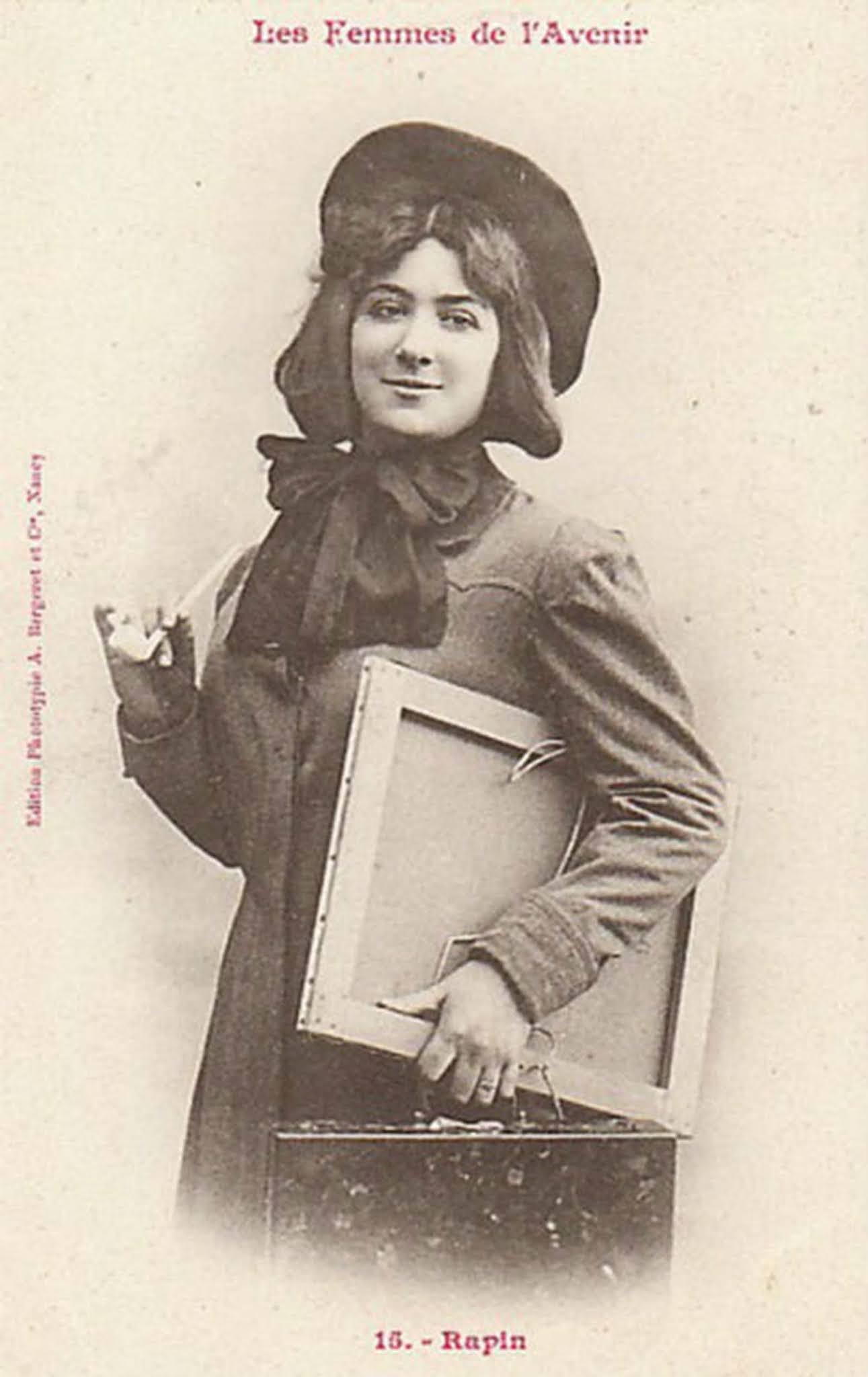 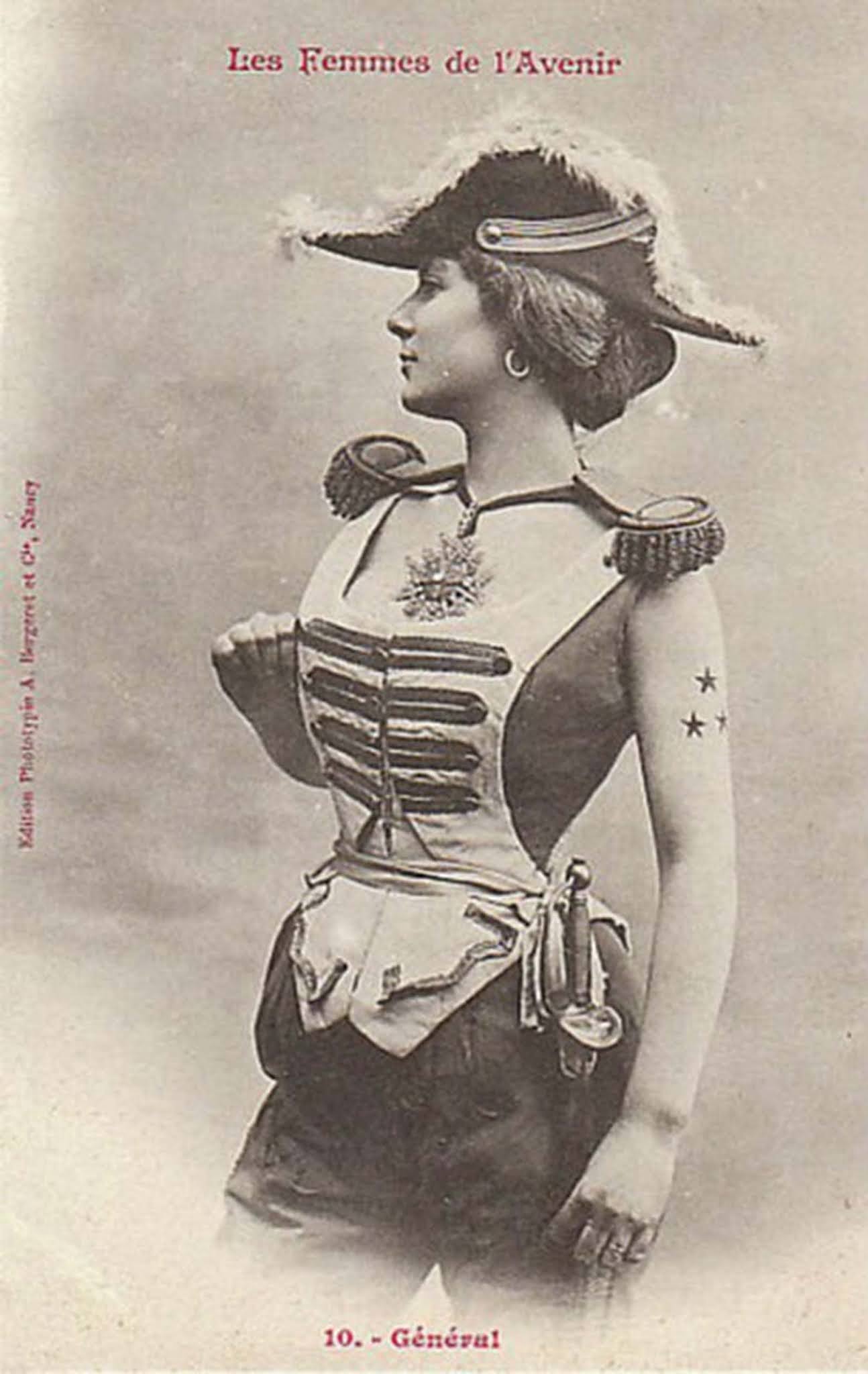 A general. The revealing outfits cater more men’s fantasies than any feminist movement. 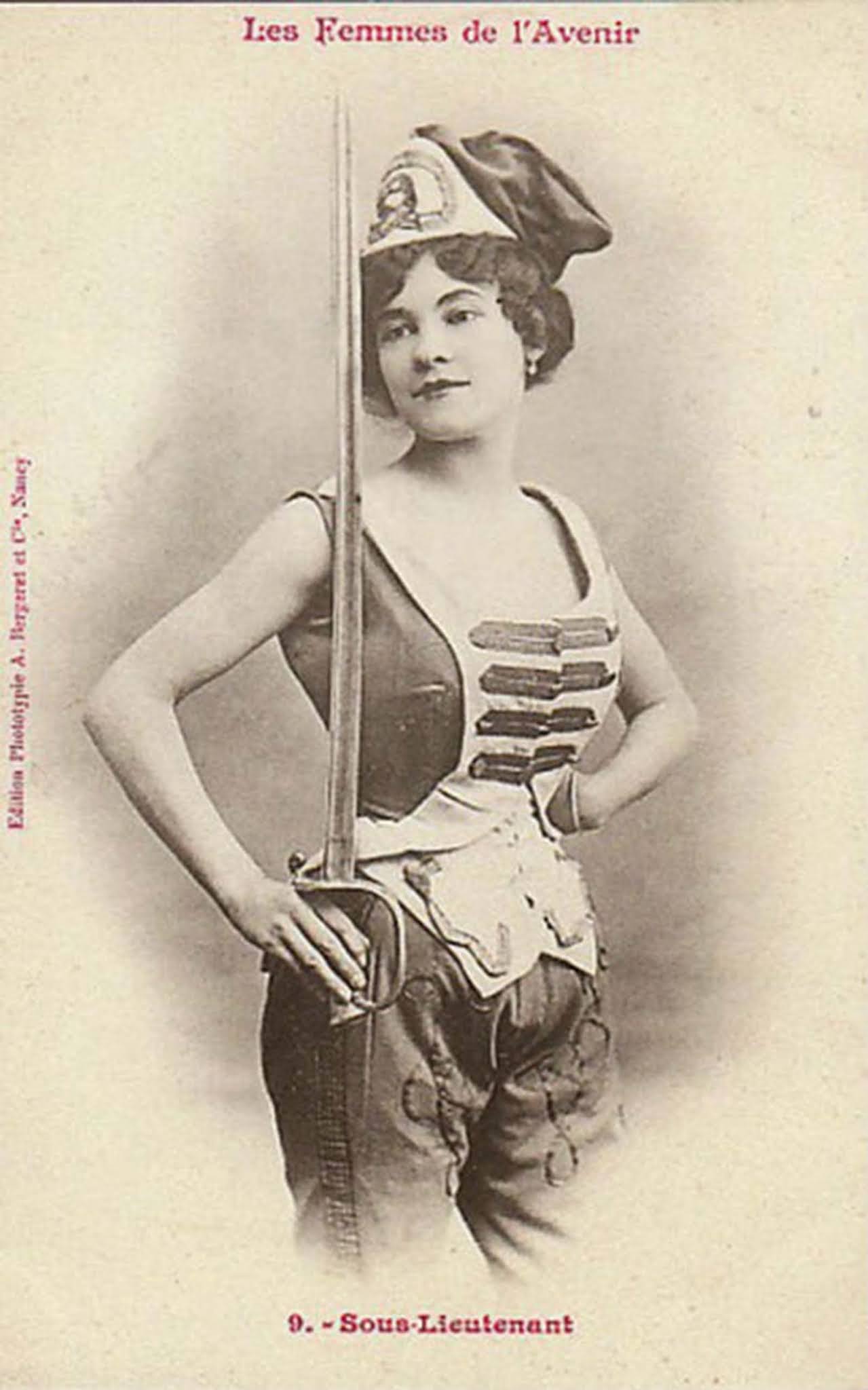 Non-commissioned officer. Women did serve in the ‘armée’ from 1792-1794 but did not fight in battle. 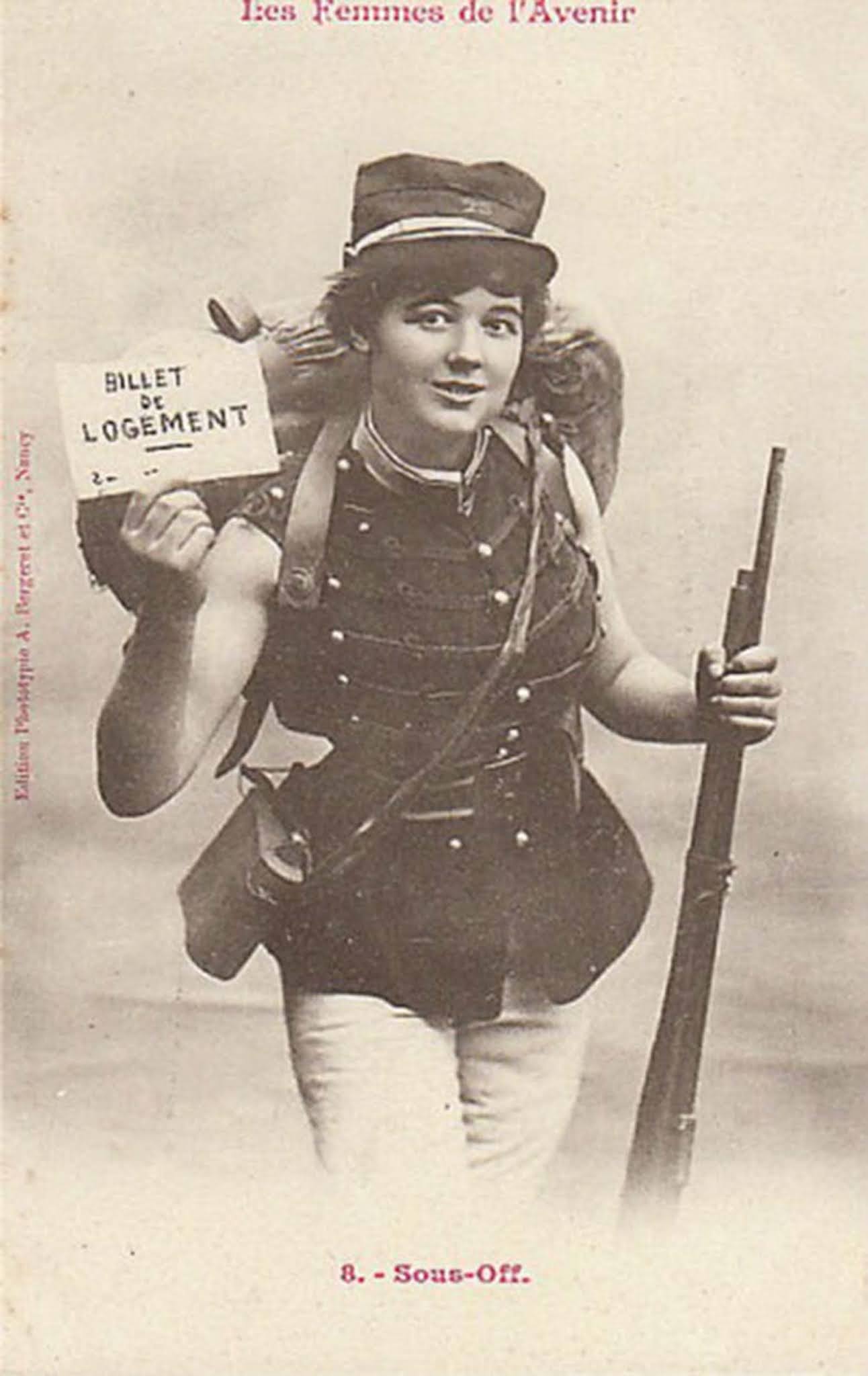 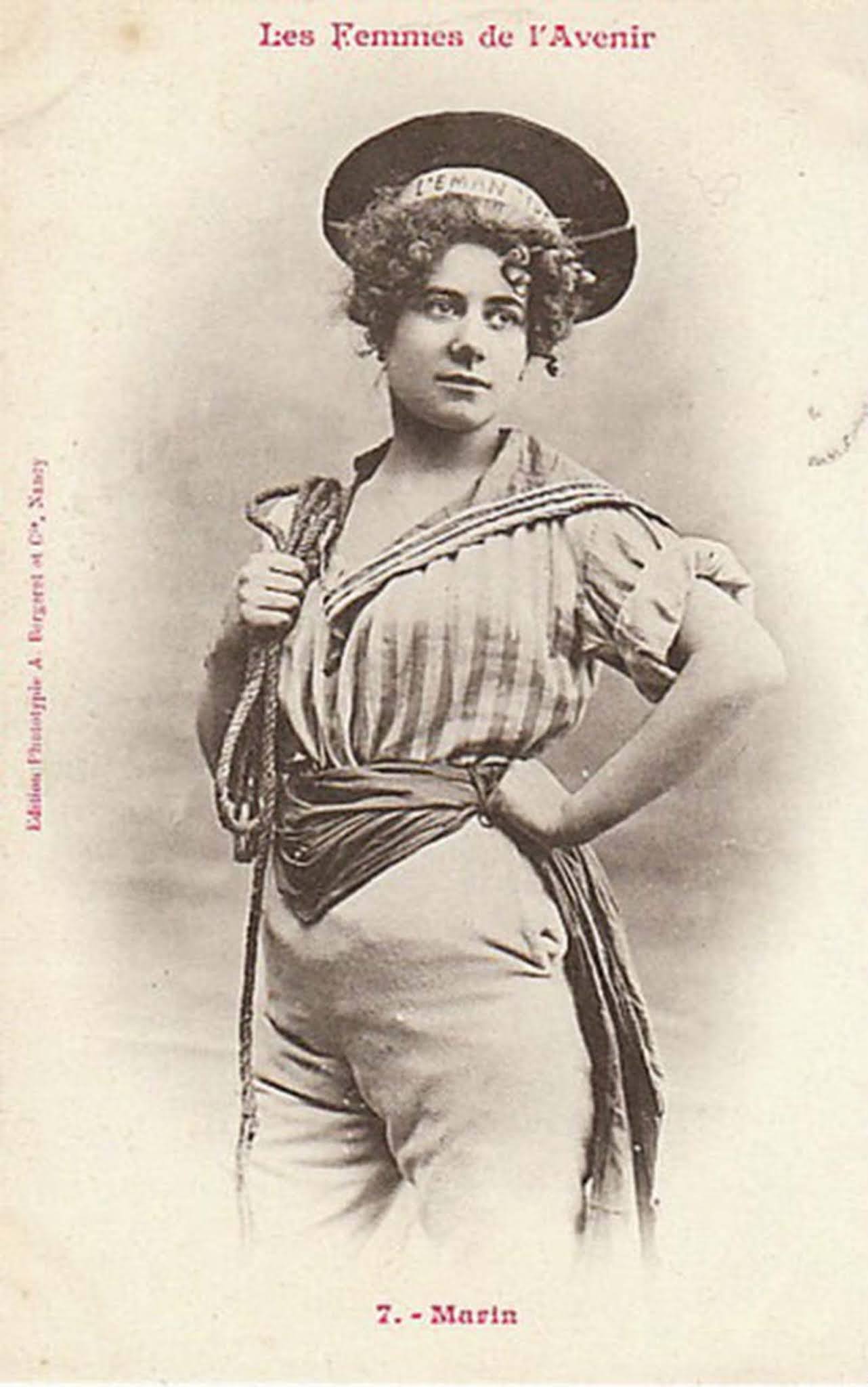 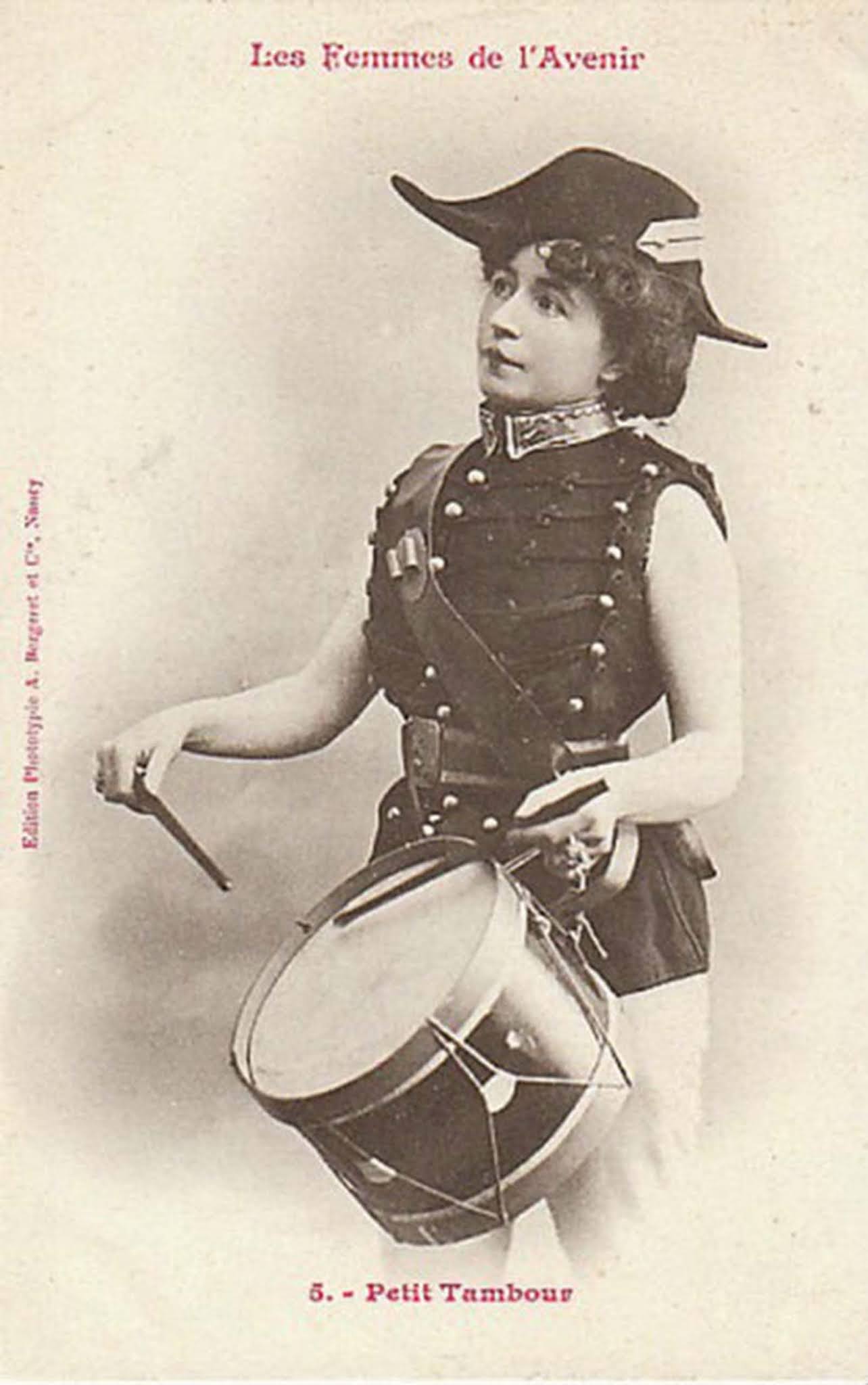