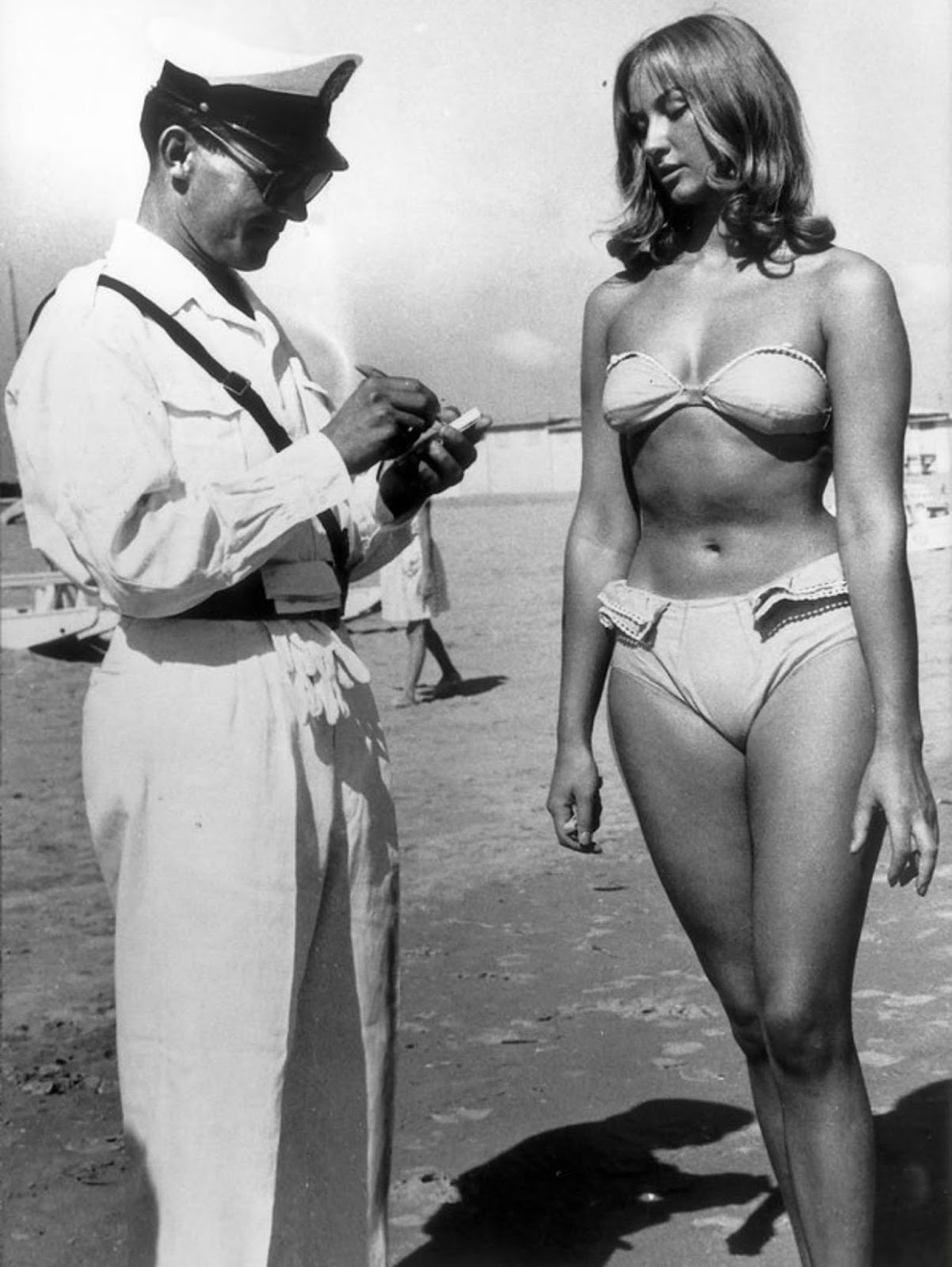 The name for the bikini design was coined in 1946 by French engineer Louis Réard, the designer of the bikini. He named the swimsuit after Bikini Atoll, where testing on the atomic bomb was taking place. Fashion designer Jacques Heim, also from France, re-released a similar design earlier that same year, the Atome.

Despite the garment’s initial success in France, worldwide women still stuck to traditional one-piece swimsuits, and, his sales stalling, Réard went back to designing and selling orthodox knickers. Réard himself would later describe the bikini as a “two-piece bathing suit which reveals everything about a girl except for her mother’s maiden name”.

Fashion magazine Modern Girl Magazine in 1957 stated that “it is hardly necessary to waste words over the so-called bikini since it is inconceivable that any girl with tact and decency would ever wear such a thing”.

The bikini was banned from beaches and public places on the French Atlantic coastline, Spain, Italy, Portugal, and Australia, and was prohibited or discouraged in a number of US states. The Vatican declared it sinful. The United States Motion Picture Production Code, also known as the Hays Code, enforced from 1934, allowed two-piece gowns but prohibited the display of navels in Hollywood films.

Increasingly common glamour shots of popular actresses and models on either side of the Atlantic played a large part in bringing the bikini into the mainstream.

During the 1950s, Hollywood stars such as Ava Gardner, Rita Hayworth, Lana Turner, Elizabeth Taylor, Tina Louise, Marilyn Monroe, Esther Williams, and Betty Grable took advantage of the risqué publicity associated with the bikini by posing for photographs wearing them—pin-ups of Hayworth and Williams in costume were especially widely distributed in the United States.