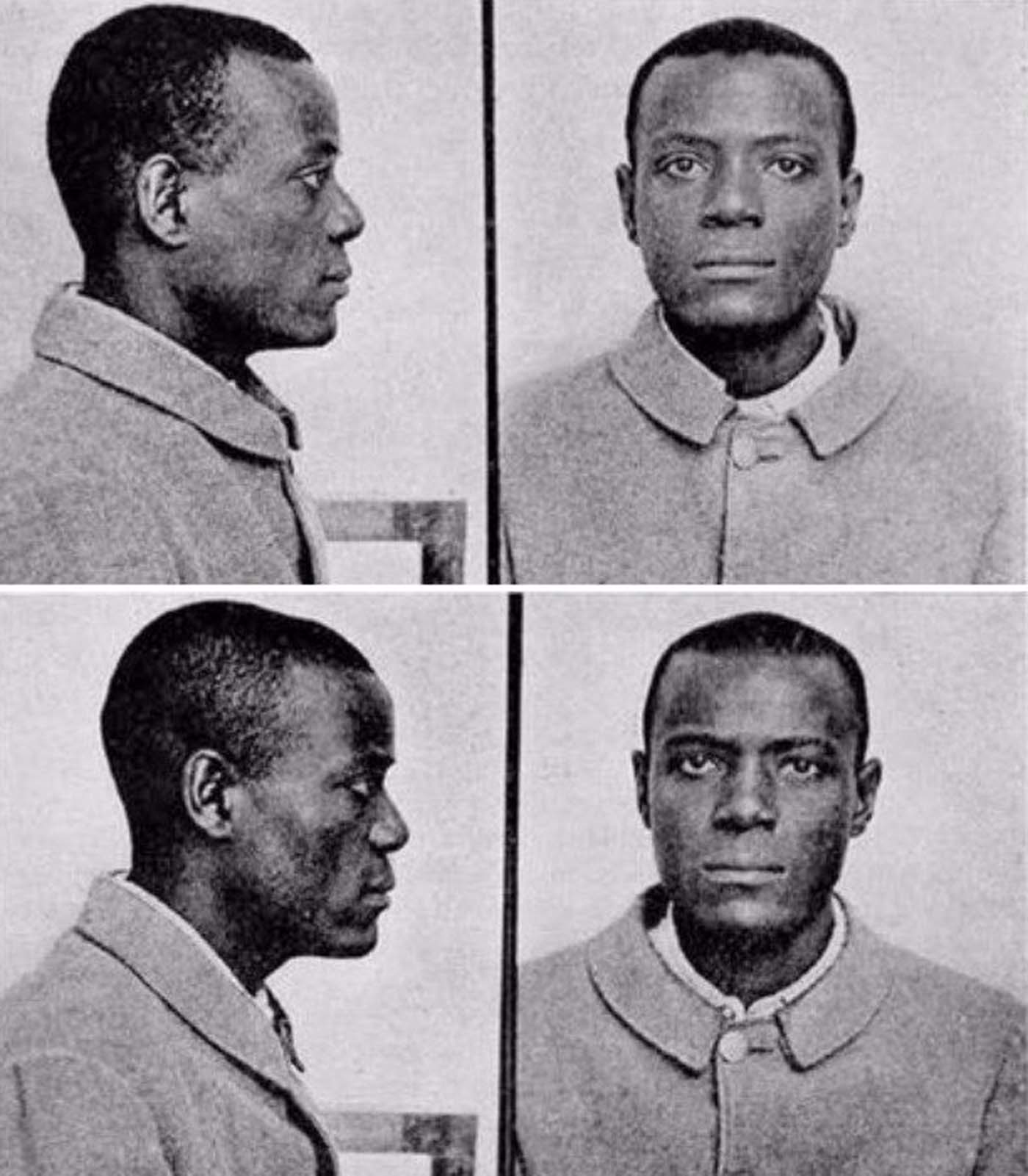 Will West and William West mugshots.

On May 1, 1903, an African-American man named Will West entered the United States Penitentiary at Leavenworth. Like any other new prisoner, West was subjected to the standard admission procedure: prison clerks took photographs, a physical description, and eleven anthropometric measurements.

Using West’s measurements and description, identification clerks matched him to the record of William West, who had a previous conviction for murder. Not surprisingly, in the clerks’ view, West denied that he was this man.

The discovery of Will West’s past conviction must have seemed routine to the Leavenworth clerks: once again, the world-famous Bertillon system of identification had prevented a criminal from escaping his past. Once again, science had exposed a criminal’s lies and evasions.

This incident suddenly deviated from the usual, however, when the clerks discovered to their amazement that this same William West was already incarcerated at Leavenworth!

According to authors Harris Hawthorne Wilder and Bert Wentworth (1918): “From the Bertillon measurements thus obtained, [the record keeper] went to the file, and returned with the card the measurements called for, properly filled out…and bearing the name, “William West.” This card was shown to the prisoner, who grinned in amazement, and said,

“That’s my picture, but I don’t know where you got it, for I know I have never been here before.” The record clerk turned the card over, and read the particulars there given, including the statements that this man was already a prisoner at the same institution, having been committed to a life sentence on September 9, 1901, for the crime of murder. 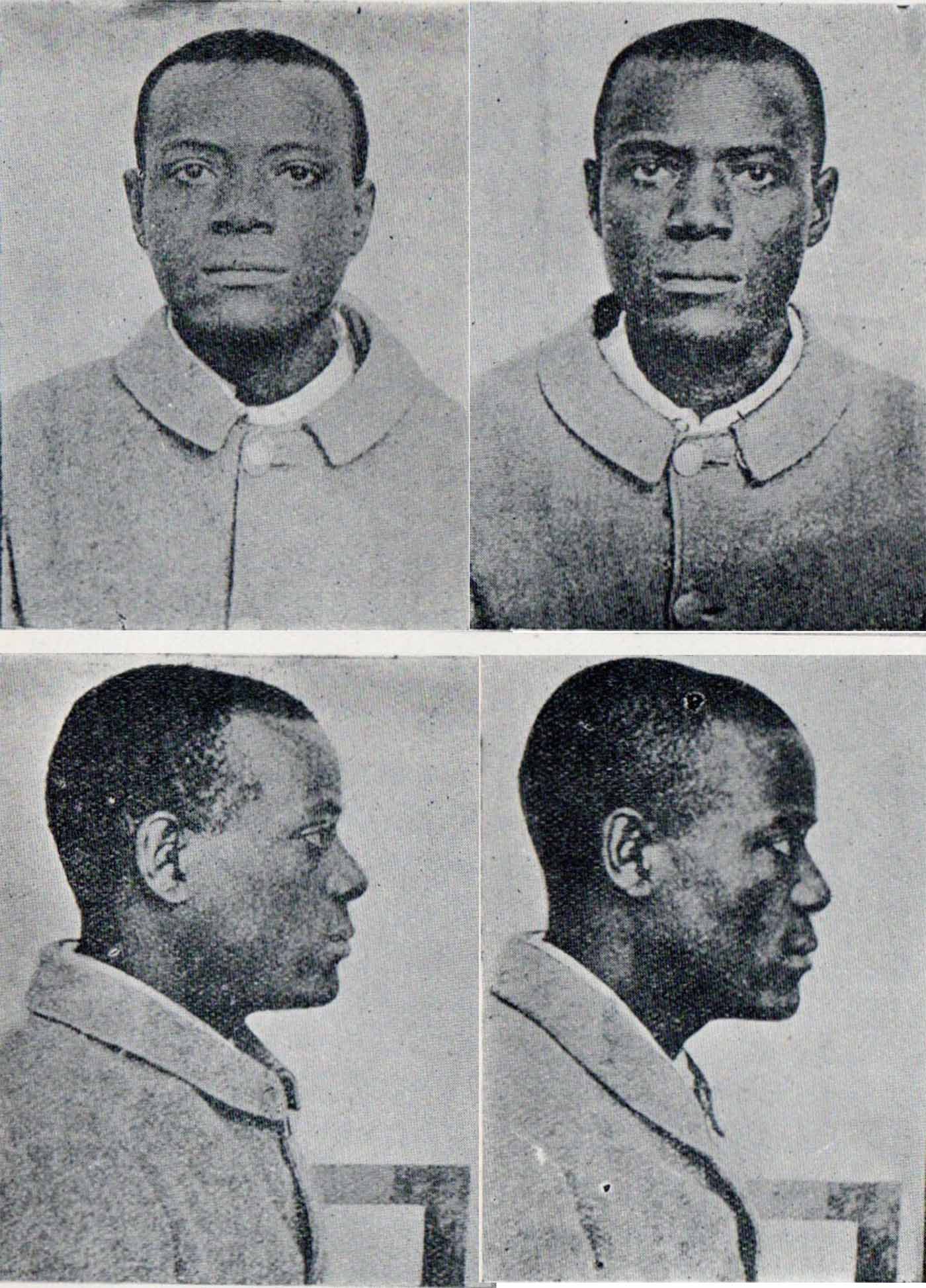 This doppelgängers case sparked the need for fingerprinting.

The second West was summoned, and he looked startlingly like the first one. Subsequently, the fingerprints of Will West and William West were compared. The patterns bore no resemblance.

The fallibility of three systems of personal identification (photographs, Bertillon measurements, and names) was demonstrated by this one case. The value of fingerprints as means of identification was established.

The warden, R. W. McClaughry, according to the legend, declared, “This is the death of Bertillonage!” and discontinued anthropometry as Leavenworth “the very next day.”

After the Will West-William West case, most police departments began using photographs, Bertillon measurements, and fingerprints on their mugshot files. Eventually, the Bertillon system was discarded.

Prison records also cite that Leavenworth inmate George Bean reported that he knew William and Will West in their home territory before prison and that they were twin brothers.

Their exact relationship is still unknown. What is factual is that the two West men were not unusual; many people have similar anthropometric measurements.

It is generally accepted that identical twins will have the same or almost the same anthropometric measurements, yet easily differentiated fingerprints. The superiority of fingerprints over anthropometry is thus clear. 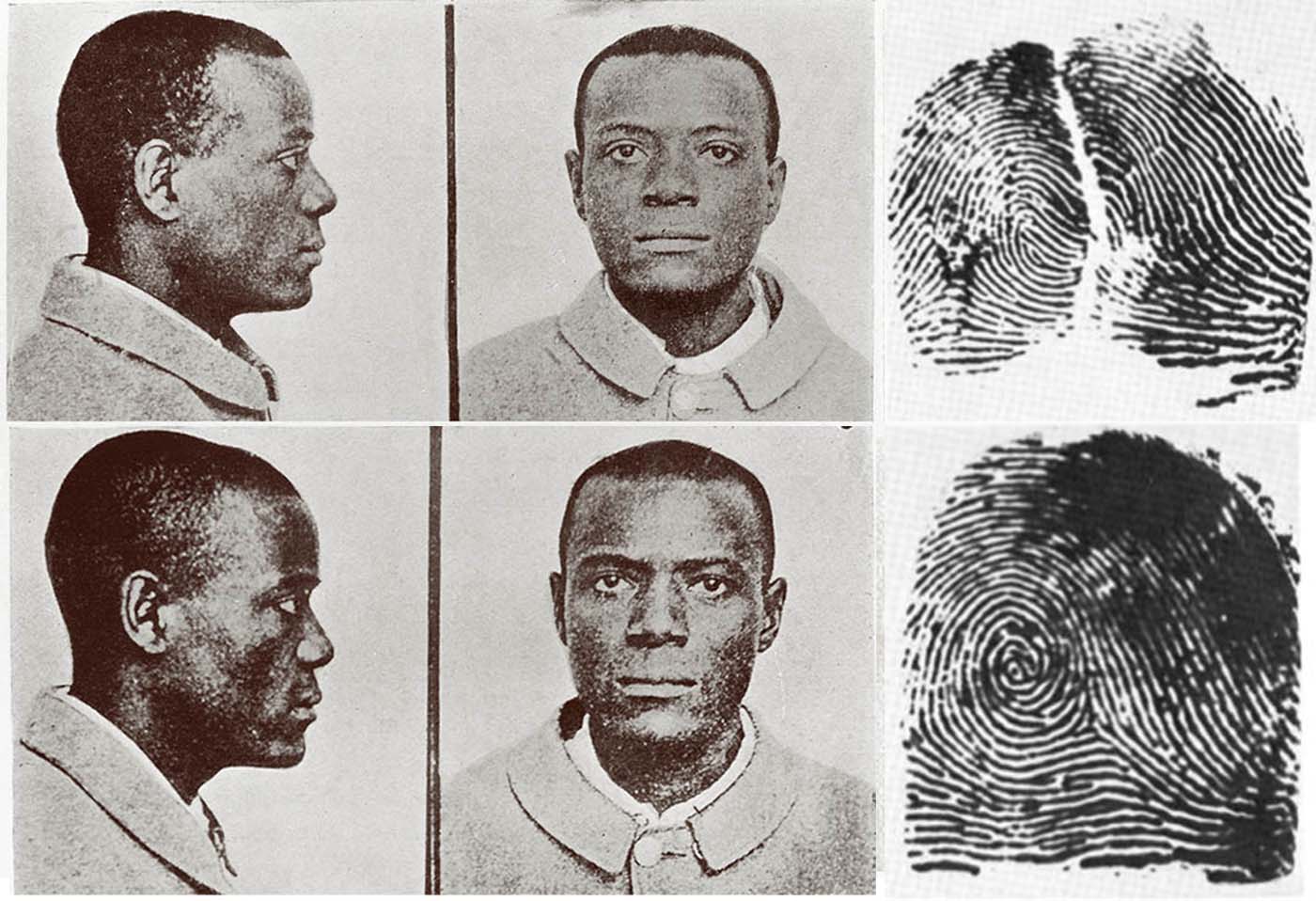 Will and William West mugshots and fingerprints.

Regardless of how crucial the incident was to the adoption of fingerprinting, the men’s prison records—including their almost identical mug shots, matching Bertillon measurements, and mismatched fingerprints—survive to authenticate an amazing coincidence.

Will West, the newer of the two Leavenworth inmates, served his manslaughter sentence and left no trail after his release, thus disappearing from history.

William West, the lifer, spent time in solitary confinement for fighting and creating disturbances during his early years behind bars. He was released on parole in 1919, but not before making a dash for freedom.

By 1916 West was a model prisoner and a “trusty,” an inmate entrusted to guard and discipline other prisoners on work details. One afternoon he “succumbed to the temptation,” as he put it, and walked away. He hopped a freight train and made it as far as Topeka before he was arrested the next day and returned to Leavenworth.

The police officers who picked him up did not need fingerprints to confirm he was an escapee. A prison-issued circular bearing his mug shots and a written description had already reached Topeka. Ironically, they were enough to nab a man who had helped to modernize the identification of criminals.