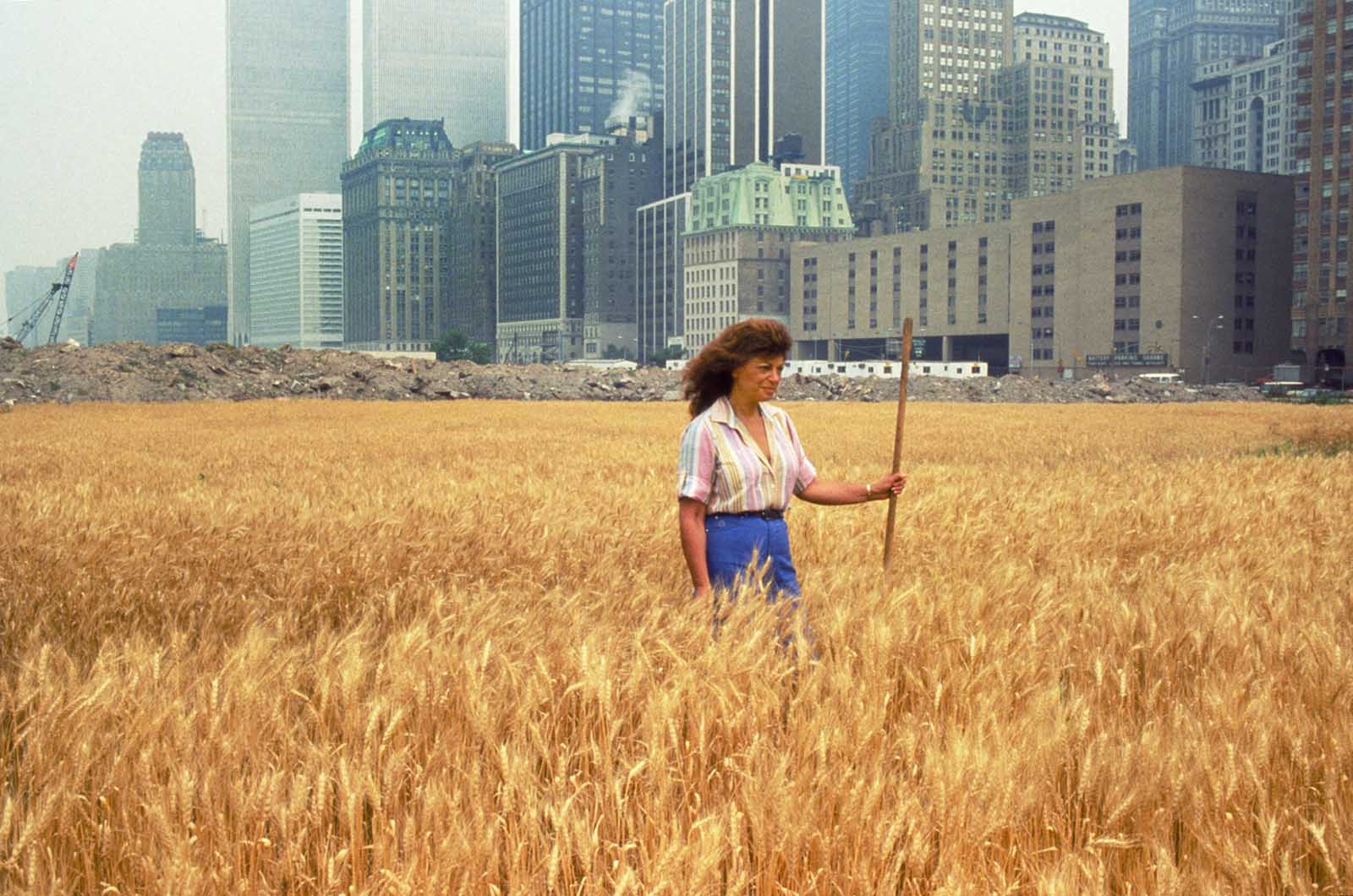 In 1982 Agnes Denes cultivated, grew, and harvested a two-acre wheatfield in downtown Manhattan.

Before the high-rises, condos and financial centers of Battery Park City, the area behind the Twin Towers was a landfill. In 1982, artist Agnes Denes was commissioned by the Public Art Fund to create one of the most significant pieces of public work Manhattan has ever seen.

Instead of a sculpture, Denes planted a beautiful golden wheat field, right next to the gleaming silver towers of the World Trade. The land was created using dirt excavated during the construction of the World Trade Center, and would later become what we now know as the modern neighborhood of Battery Park City.

Denes believed that her “decision to plant a wheatfield in Manhattan, instead of designing just another public sculpture, grew out of a long-standing concern and need to call attention to our misplaced priorities and deteriorating human values”. Her mission, in part, was to make people rethink their priorities. 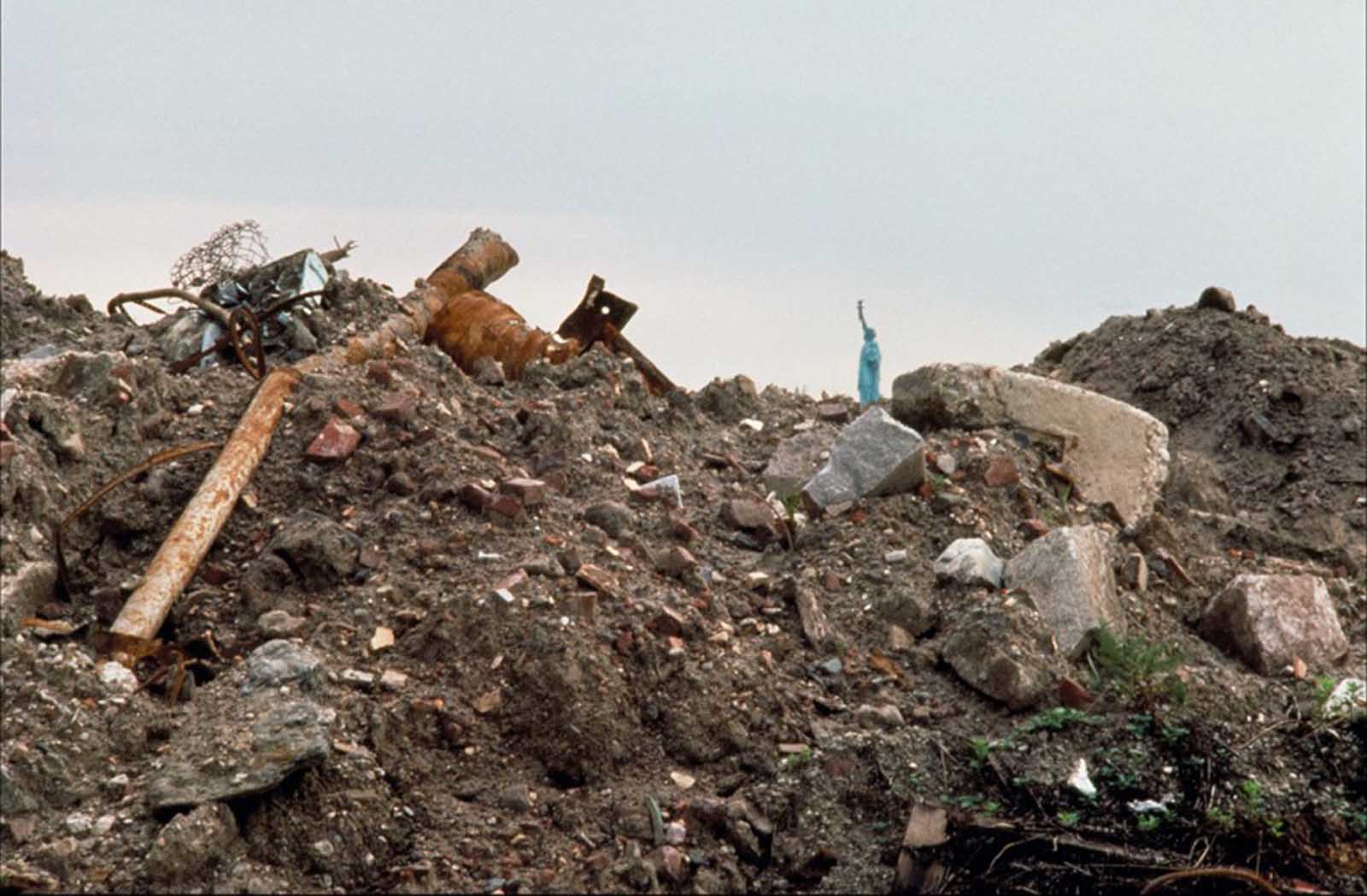 Two assistants and some volunteers helped Denes remove trash from the 4 acres of land, spread 225 truckloads of topsoil, and plant 1.8 acres of wheat. An irrigation system was installed to sustain and regulate the wheat’s growth cycle over four months.

In summer, the green wheat stalks stretched skyward and turned a brilliant amber by early autumn. The crop was harvested on August 16 and yielded over 1000 pounds (450 kg) of healthy, golden wheat.

Planting and harvesting a field of wheat on land worth $4.5 billion created a powerful paradox. Wheatfield was a symbol, a universal concept; it represented food, energy, commerce, world trade, and economics. It referred to mismanagement, waste, world hunger, and ecological concerns. It called attention to our misplaced priorities.

The harvested grain traveled to 28 cities in an exhibition called The International Art Show for the End of World Hunger, and according to her website “the seeds were carried away by people who planted them in many parts of the globe”.

As the NY Times wrote that year: “To look across this wheat field is to see the Statue of Liberty, Ellis Island and boat traffic as in a surreal illusion”. 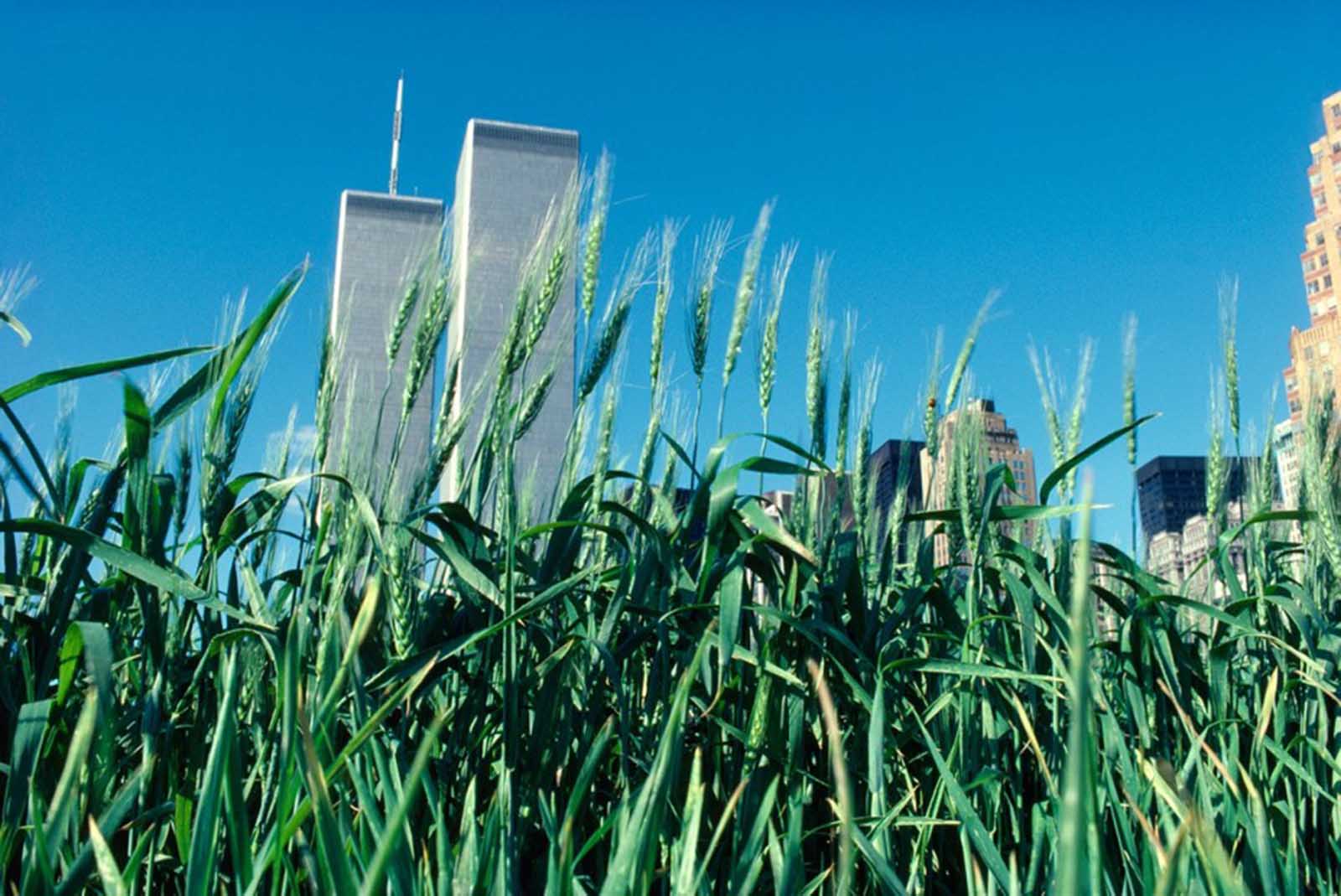 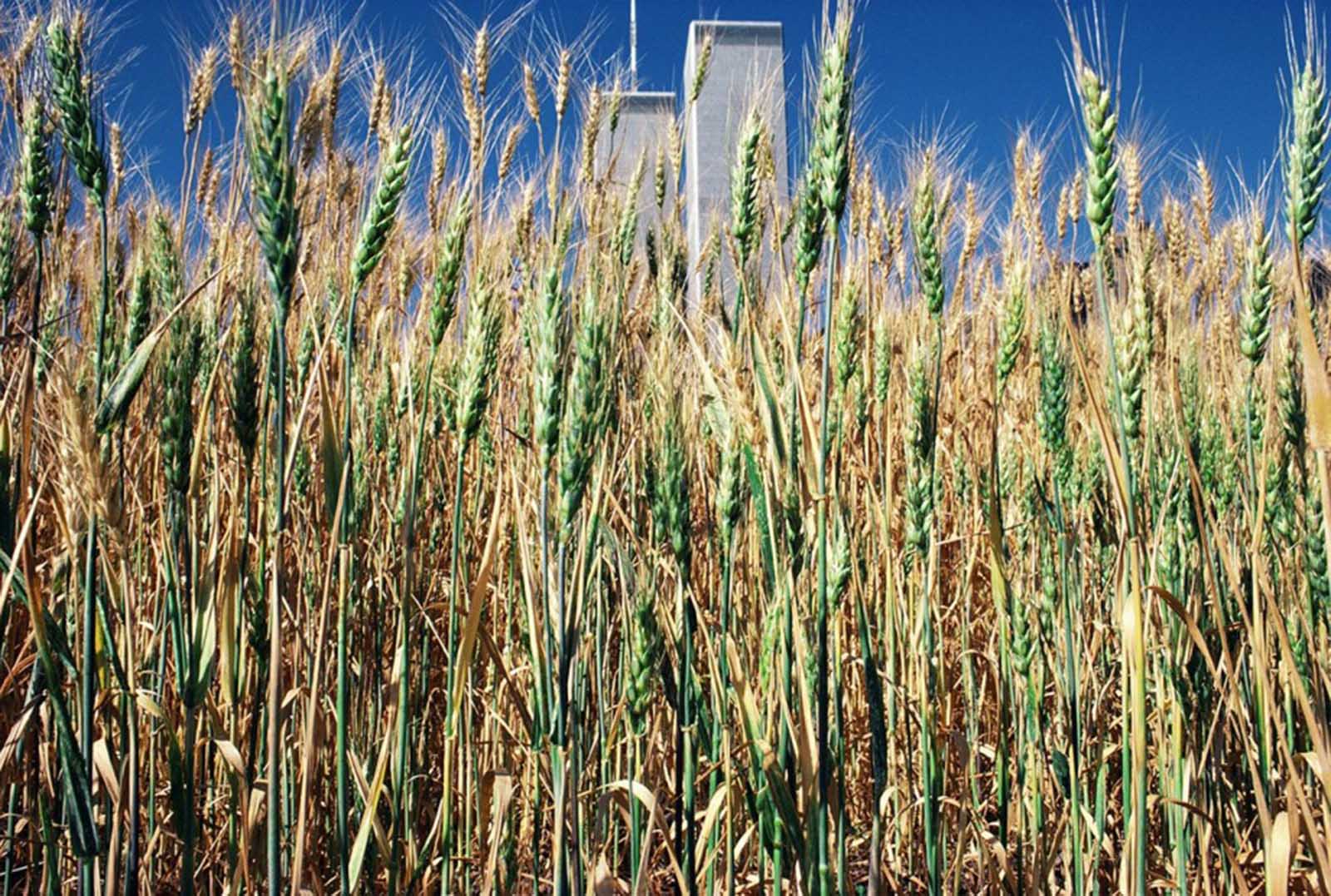 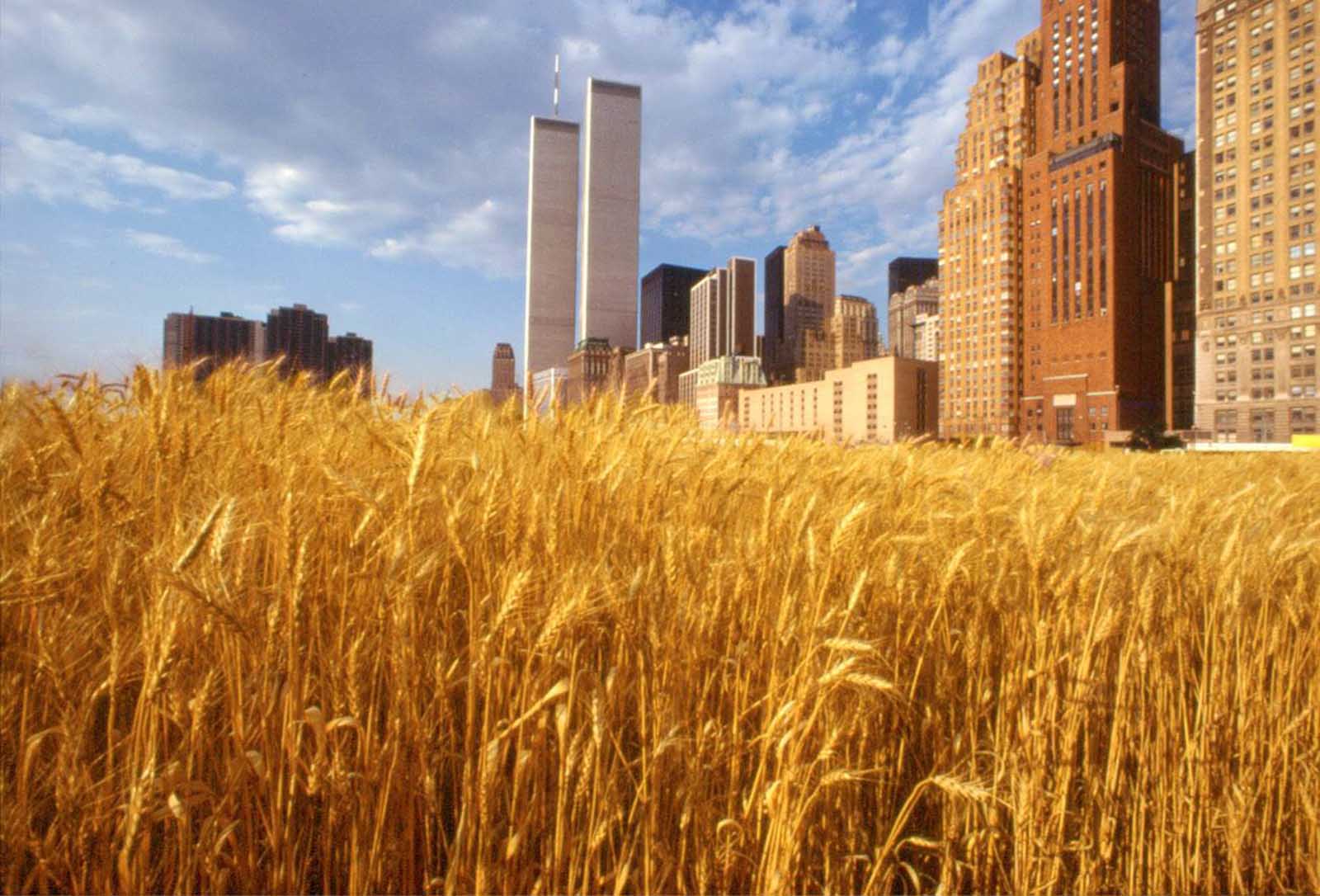 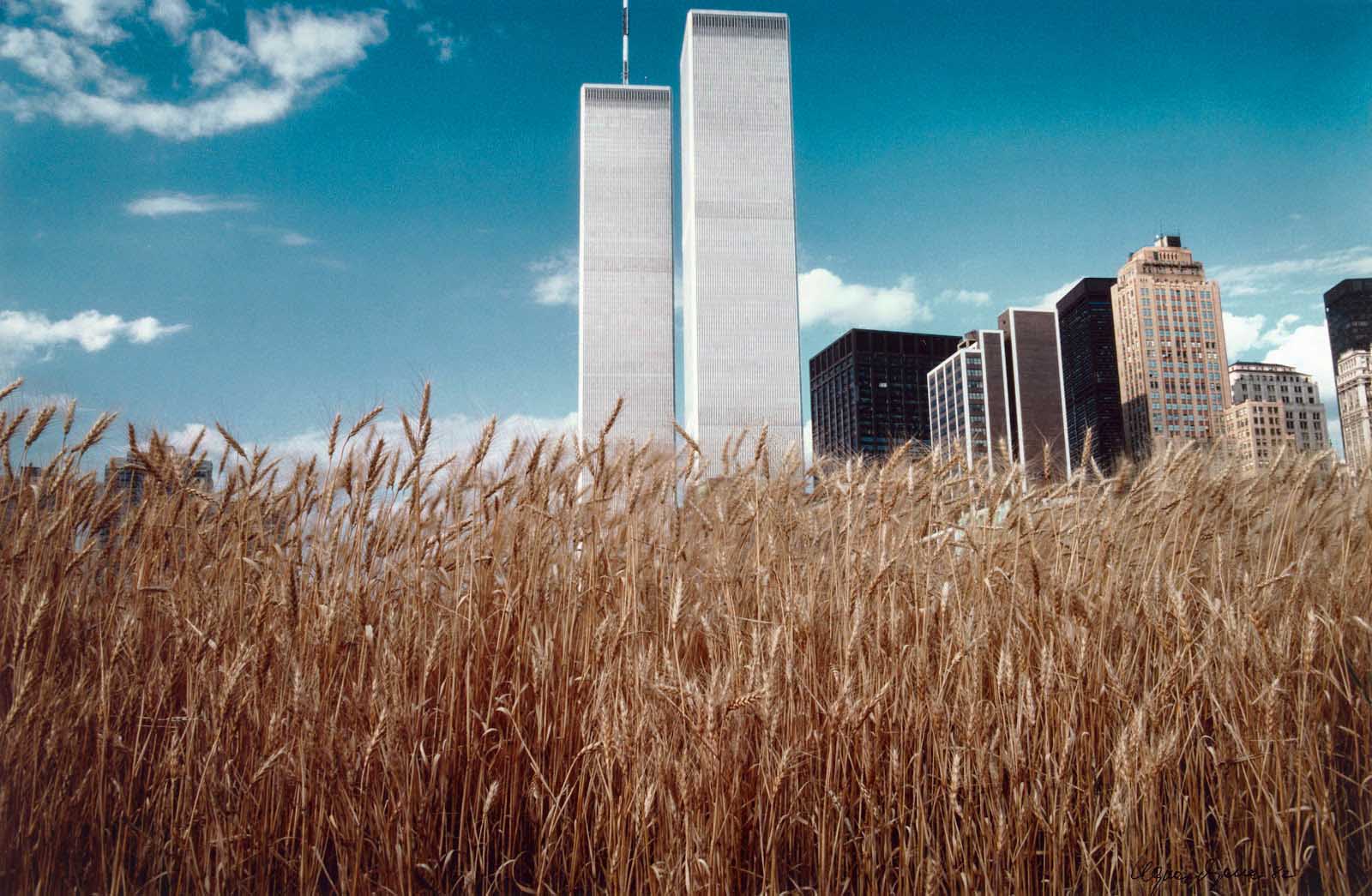 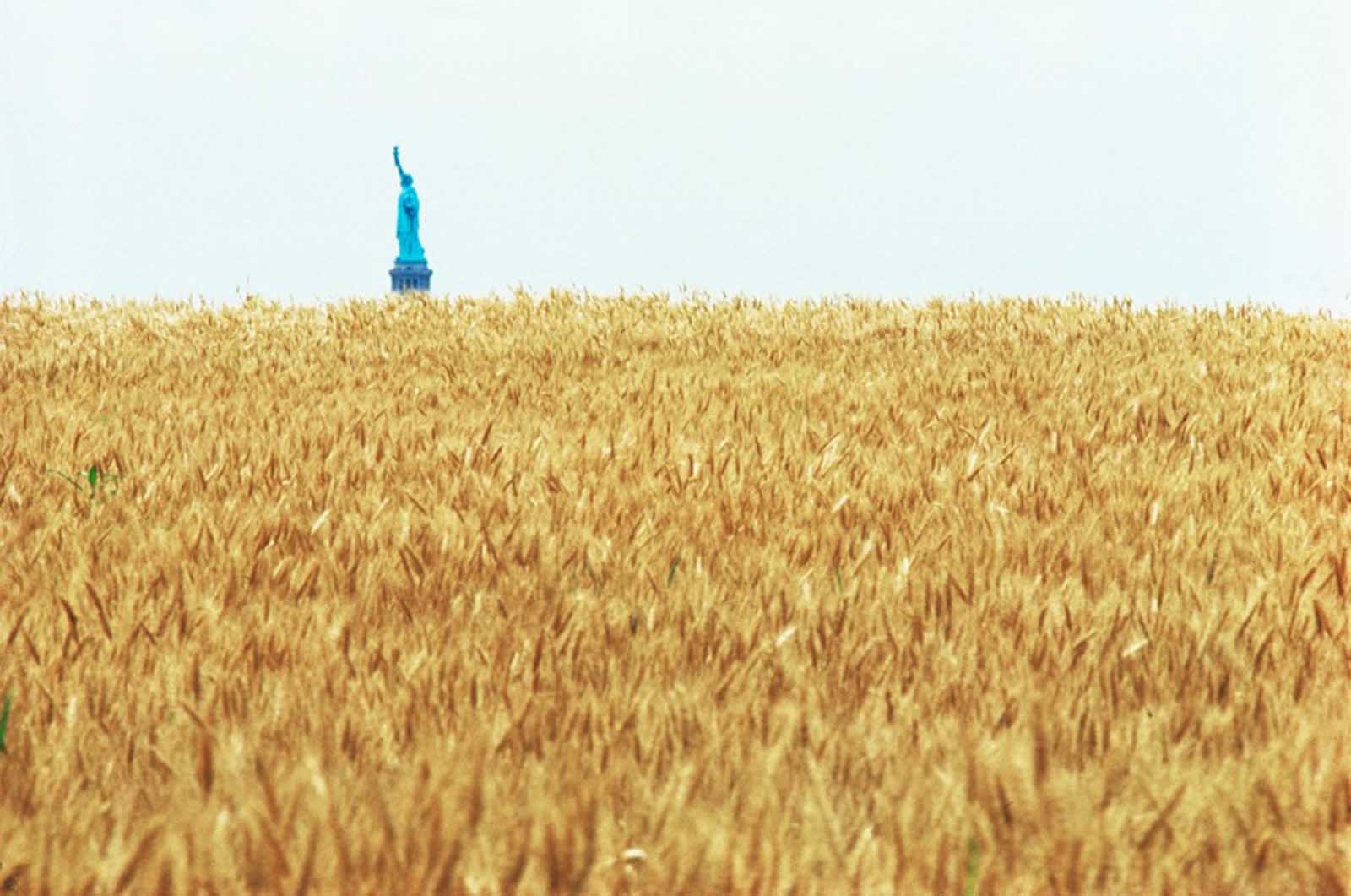 With the Statue of Liberty across the Hudson. 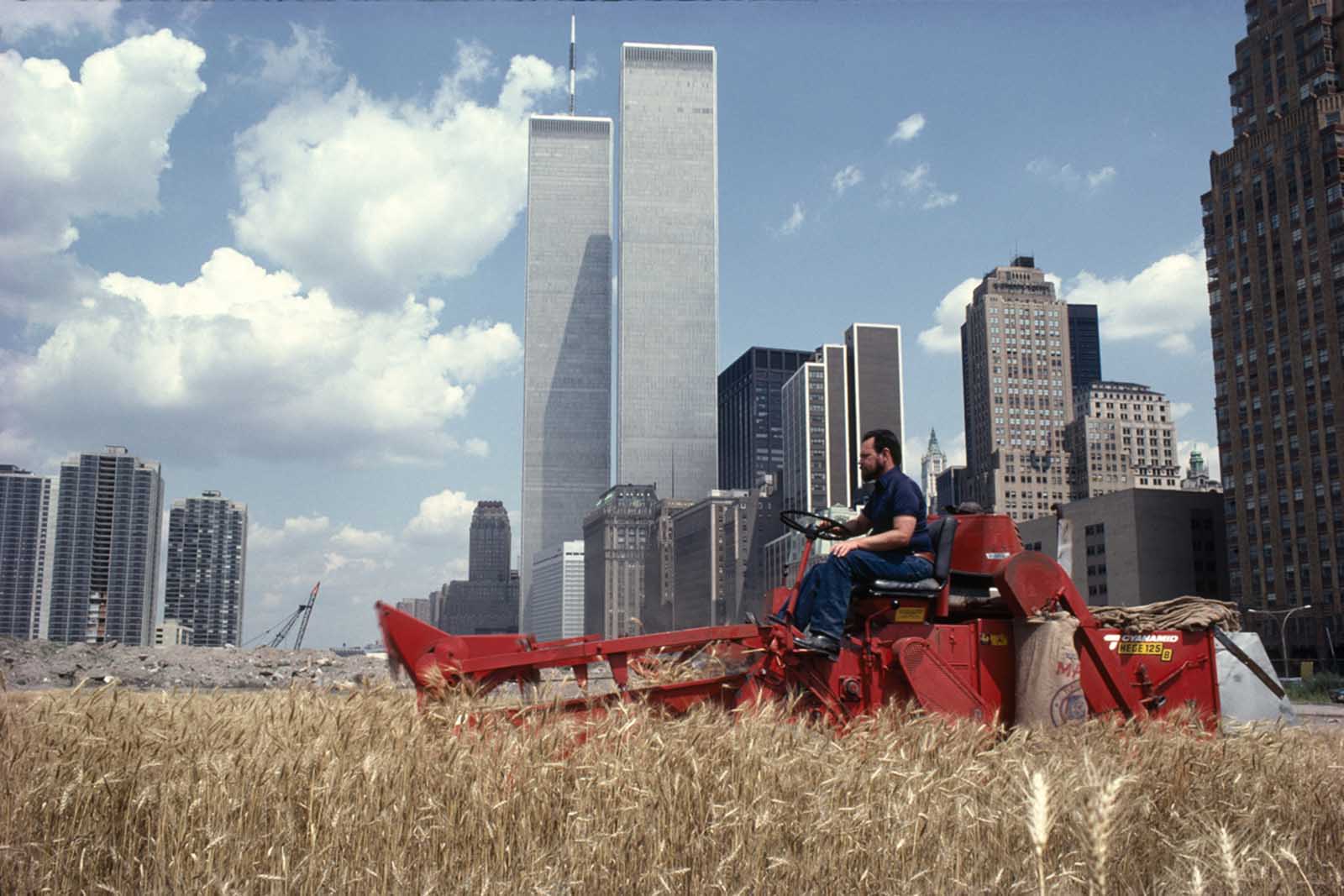 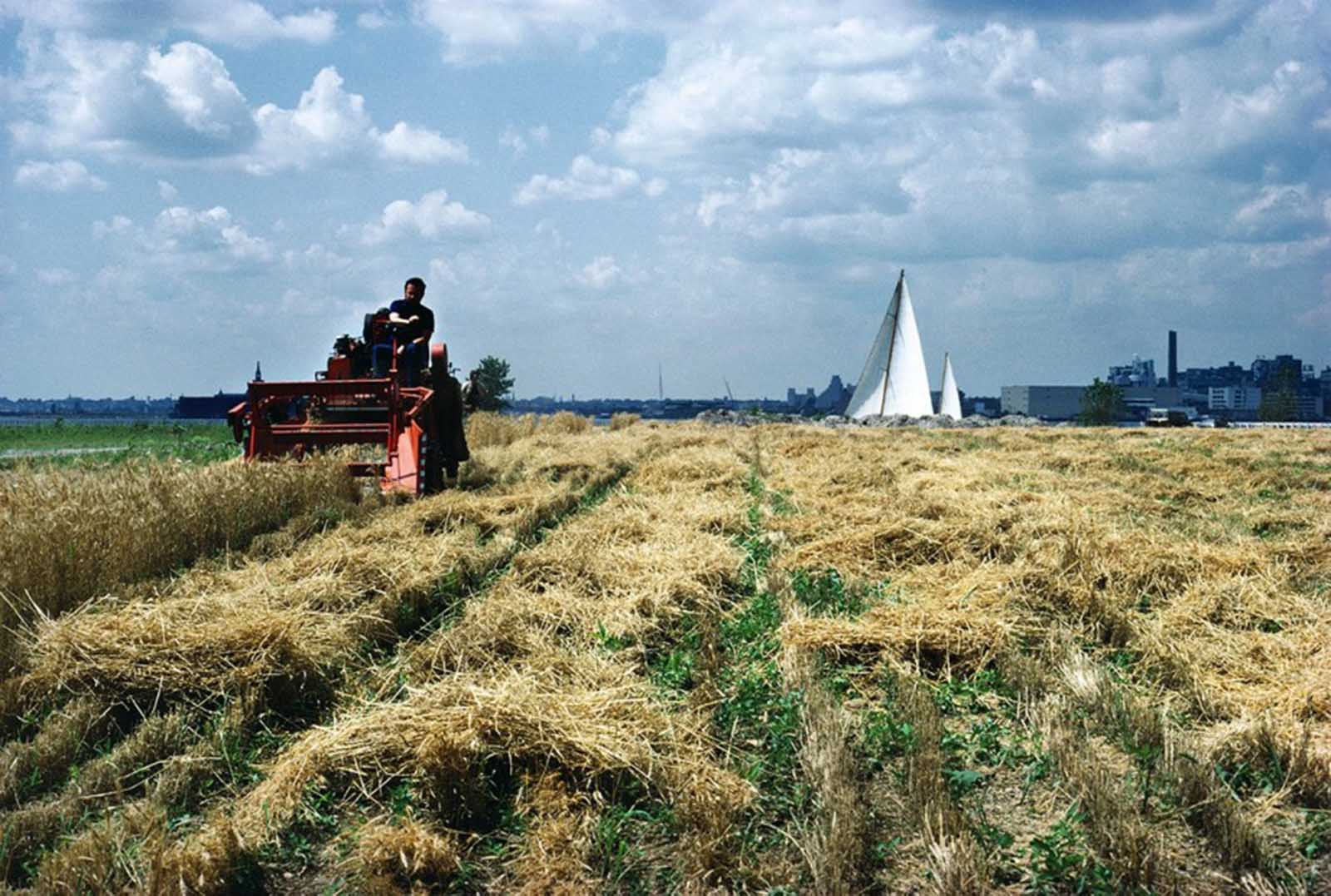 Denes had said her idea was for “an intrusion of the country into the metropolis, the world’s richest real estate”. 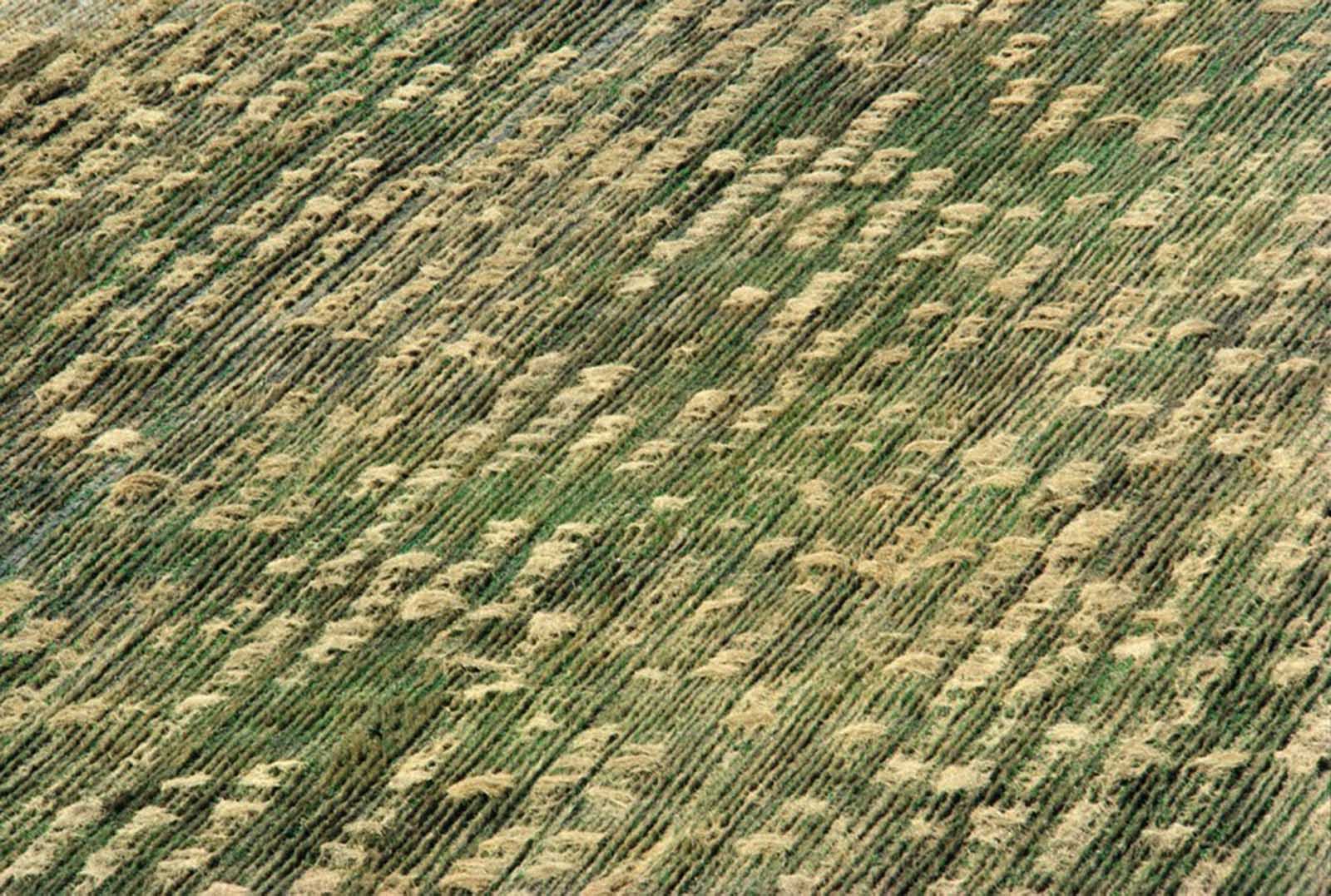 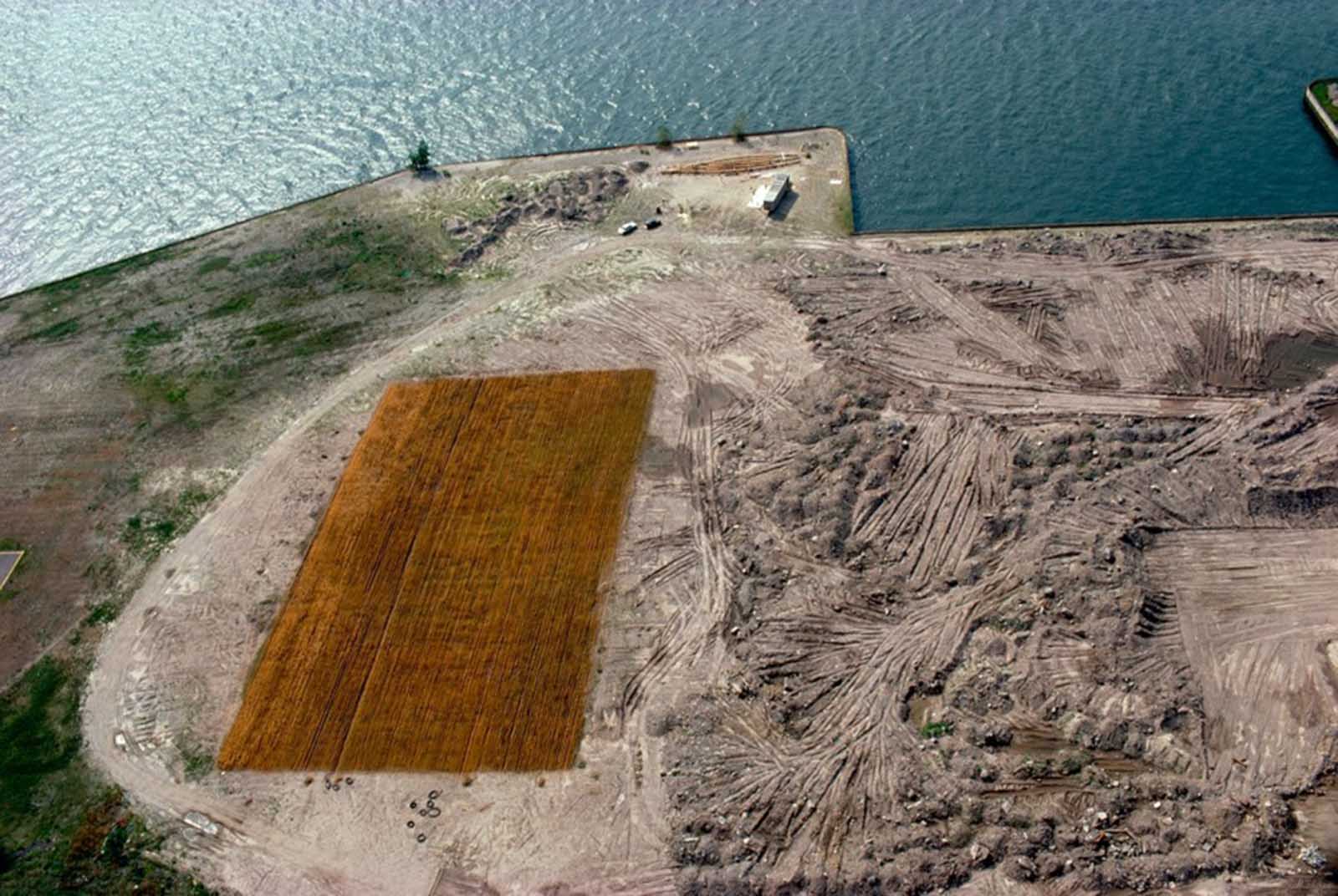 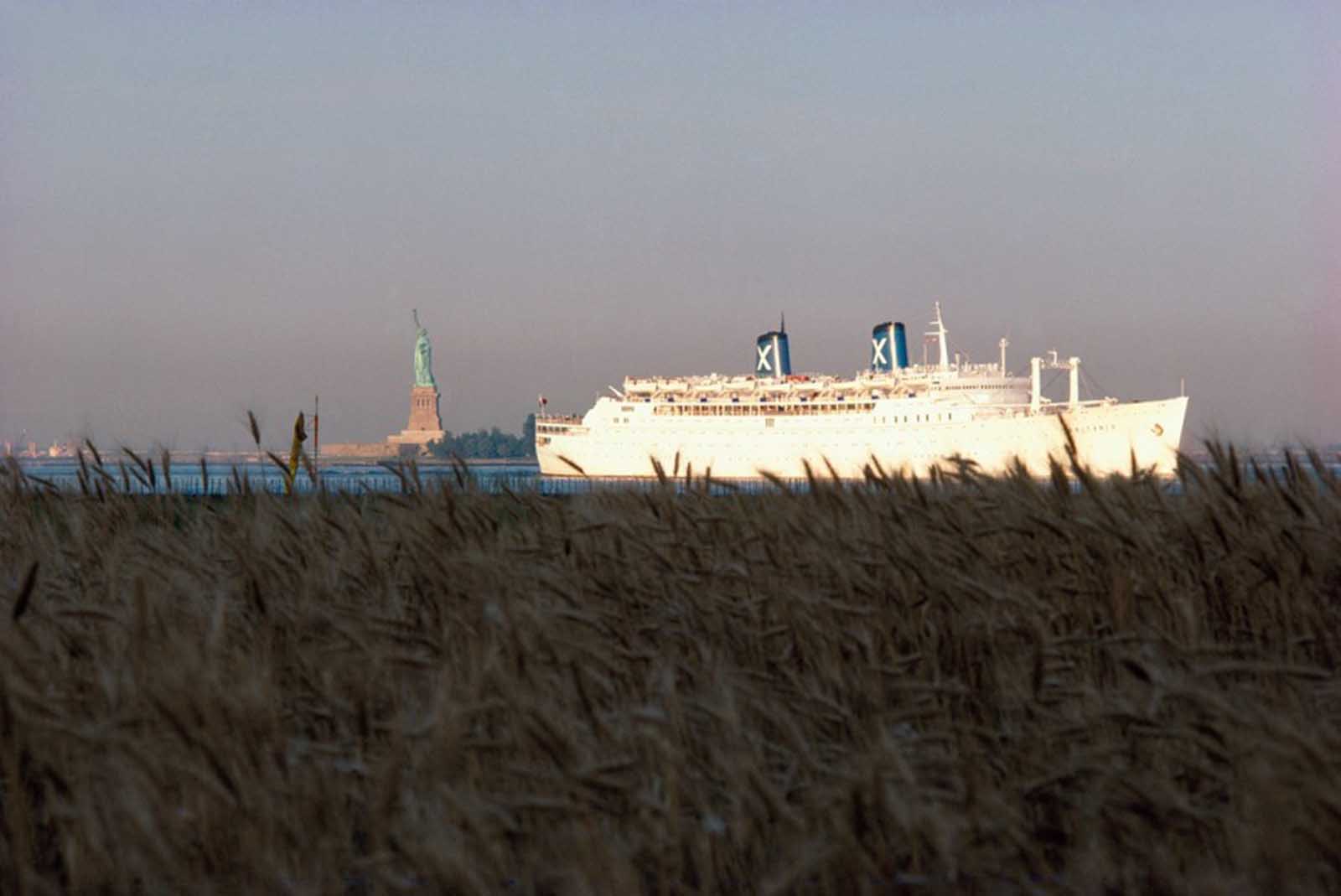 Ocean liner passing the Wheatfield on the Hudson.