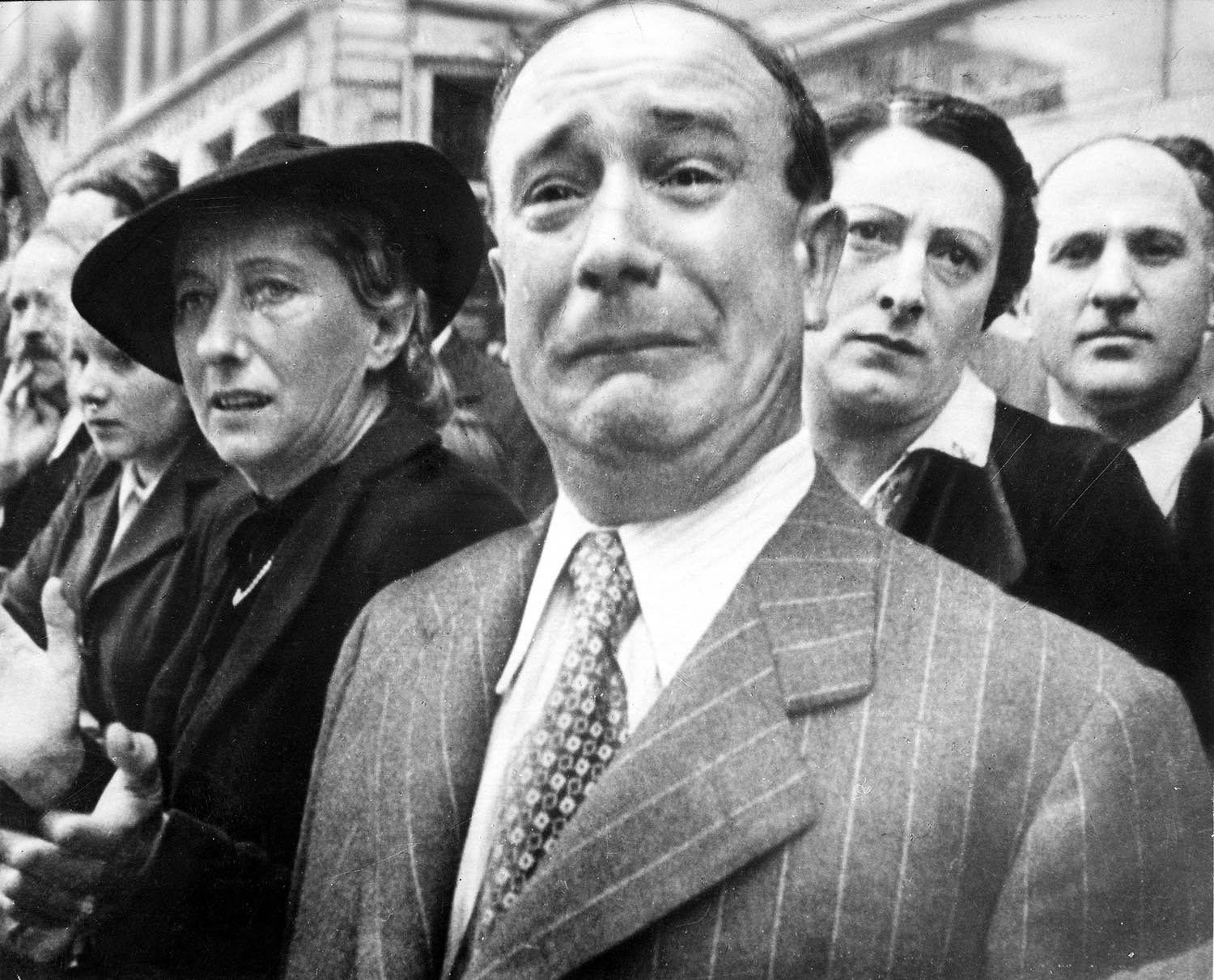 Frenchman crying as the flags of fallen France were marched through the streets of Marseilles on their way to Africa. The man’s face conveys a sense of grief so profound as to transcend our expectations. The photo is nicknamed “The weeping Frenchman” and by some other sources as “The Crying Frenchman“.

The French regimental flags had been moved into the south of France in order to preserve them from the surrender. The glory of France has been ground underfoot by German armies.

In six weeks, the vaunted French army, the Maginot Line, and all of France’s pride were destroyed by the German blitzkreig. The French collapse was as sudden as it was unexpected, a stunning defeat – particularly since before the war the French army was considered the most powerful in Europe.

The book “Marseille sous l’occupation” by Lucien Gaillard says that the man in photo is Monsieur Jerôme Barzetti, and the picture taken in Marseilles on September, 1940. The photo first appeared in print in Life Magazine in their March 3, 1941 issue.

The magazine caption identifies it as “a Frenchman sheds tears of patriotic grief as the flags of his country’s last regiments are exiled to Africa”.

In the video footage below (00:27) we can see the crying Frenchman as the French troops march on their way out of France. Judging by the footage, this picture was not taken in Paris (as it is claimed by many sources).

Hitler insisted on signing the document of the capitulation of France in the same railway carriage used when Germany had surrendered in 1918.

The French had maintained as a memorial the railroad car in which the armistice ending World War I had been signed twenty-two years earlier. It occupied a hallowed space within a small forest north of Paris. France’s capitulation was signed in the same railroad car at the same spot. The humiliation of France was complete.