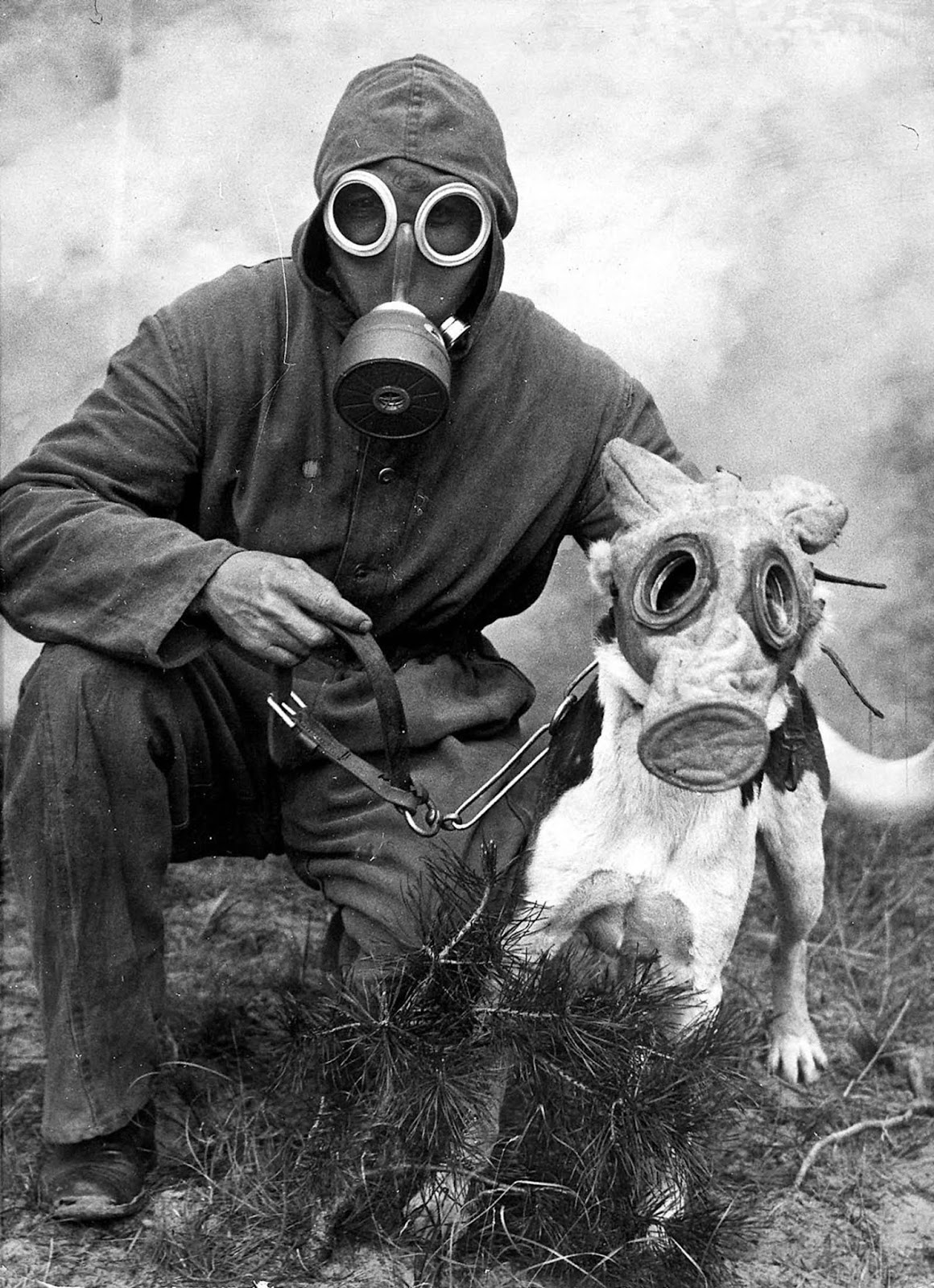 Dogs have been used in warfare since ancient times, serving as sentries, messengers, attackers and even mascots. c. 1940.

There was nothing more terrifying in the trenches than the call of a gas attack — “Gas! Gas!”. This warning cry sent men scrambling for their masks as the poisonous fog enveloped them. Soldiers succumbed to the strangling effects of chlorine, phosgene, and mustard gas for years as the stalemated armies searched for new ways to defeat each other. And it wasn’t just human combatants who suffered — many military working animals died from chemical weapons.

Dogs have been used in warfare since ancient times, serving as sentries, messengers, attackers, and even mascots. About one million dogs were killed in action in World War I, a conflict that also saw the first large-scale use of chemical weapons. The devastating effects of these gases accelerated the development of masks, worn to counteract those agents.

After the first use of poison gas by German forces in April 1915, the British and American governments sent out a series of quickly designed masks to filter out the toxic gases and keep their soldiers alive. Because of the critical combat role played by dogs at the time, they also developed canine gas masks.

The Germans used some 30,000 dogs on the Western Front, and the Entente kept around 20,000. Some dogs pulled heavy machine guns on trolleys, others used their keen sense of smell and hearing for sentry and scout work. Their small size helped them slip over and between trenches to deliver messages, shuttle medical supplies, or lay down communication wires.

In a less formal way, dogs improved morale within the trenches by hunting rats and acting as companions to troops in miserable conditions. Here is a collection of pictures of war dogs wearing gas masks against the threat of chemical warfare. 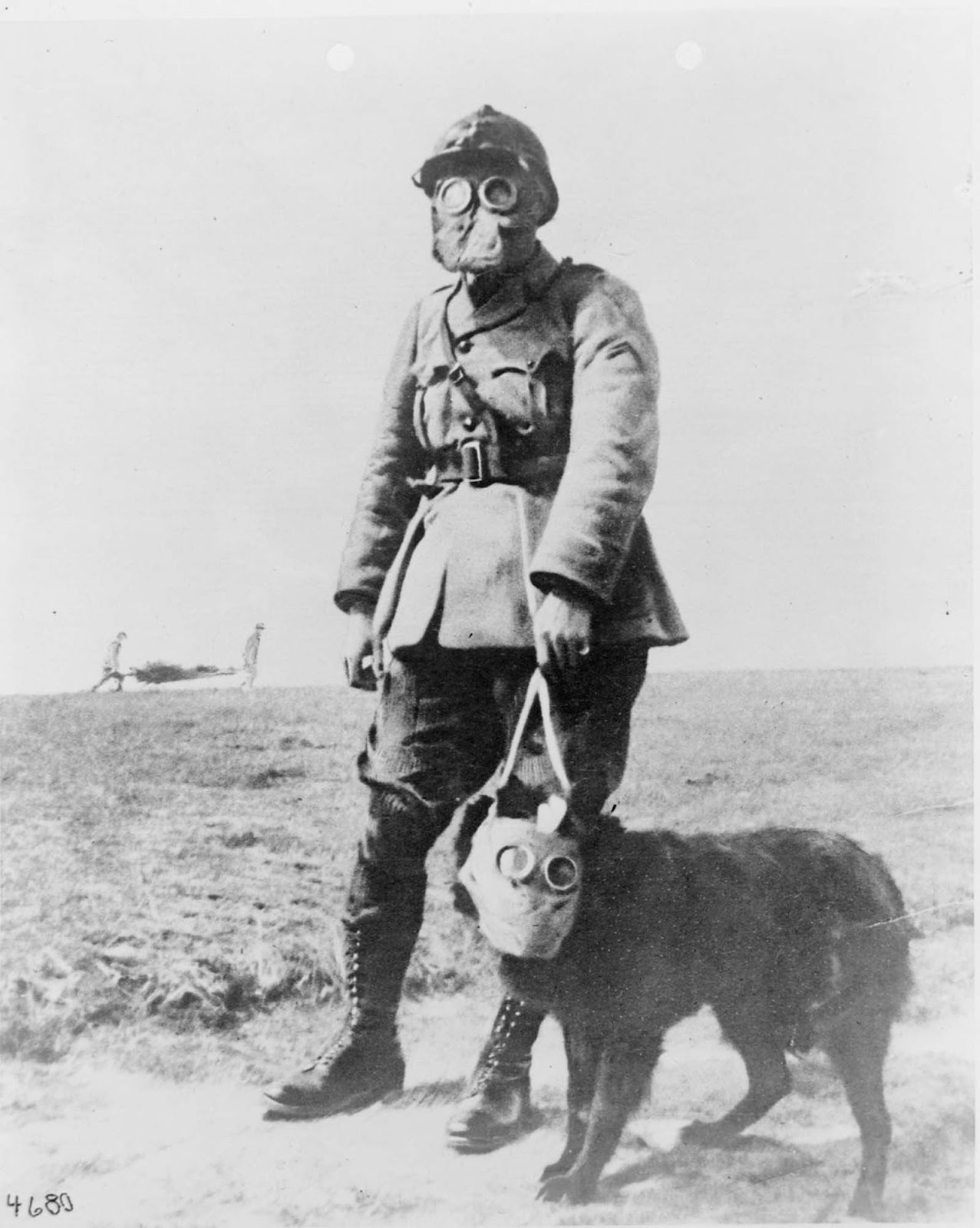 A French sergeant and dog wearing gas masks, near the front line during World War I. 1915. 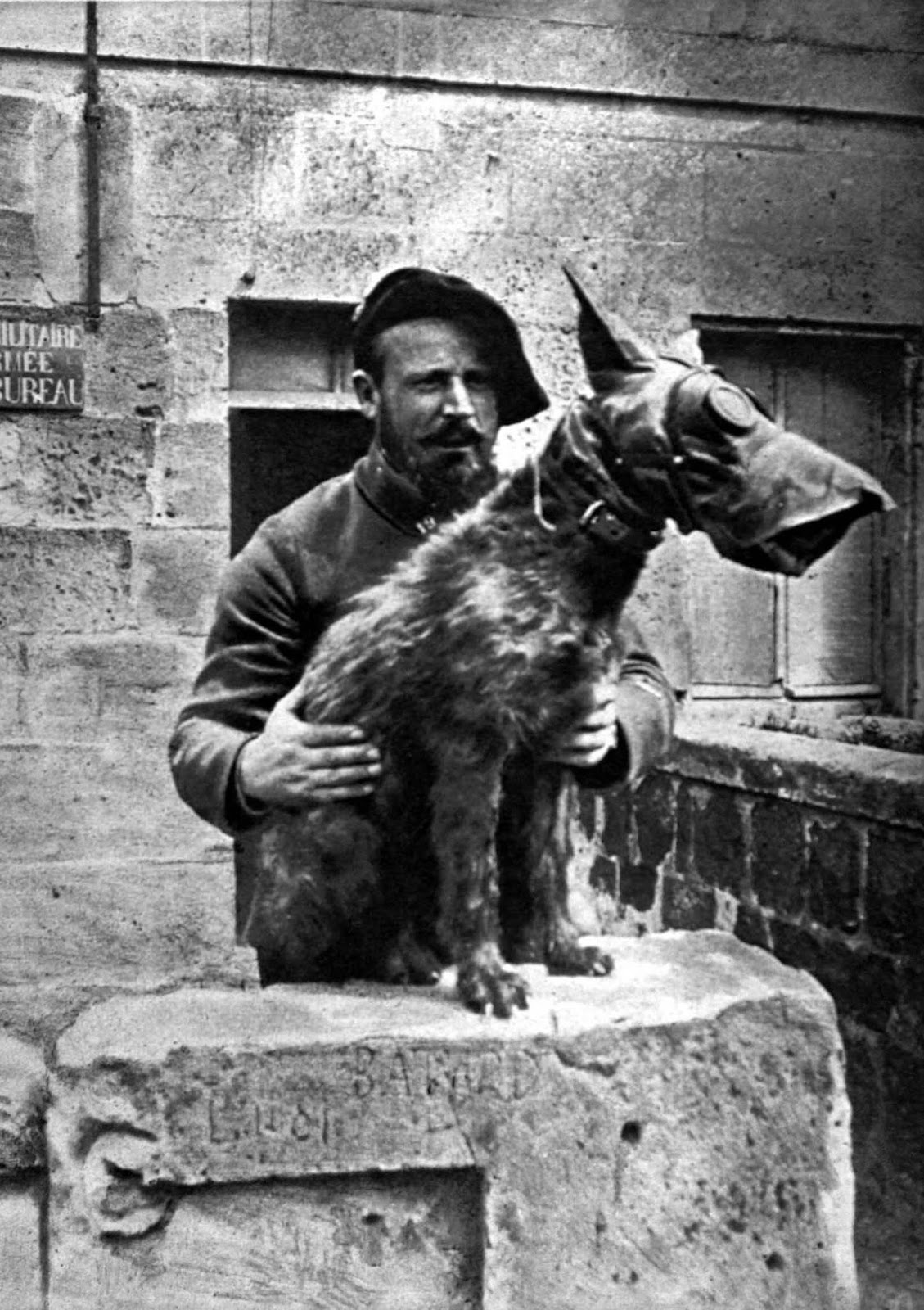 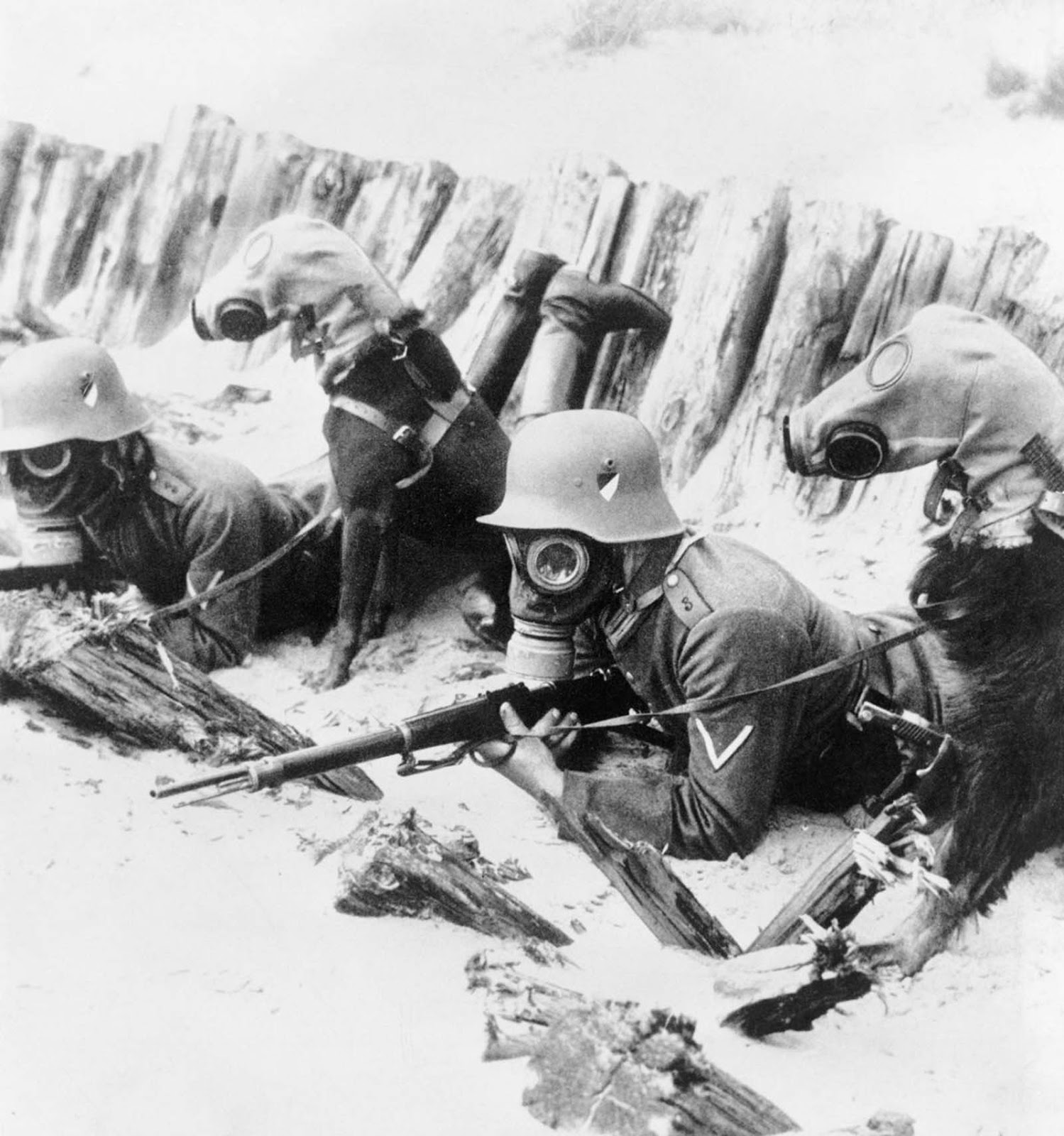 Member of a Prussian Reichwehr regiment during a training exercise. The 1920s. 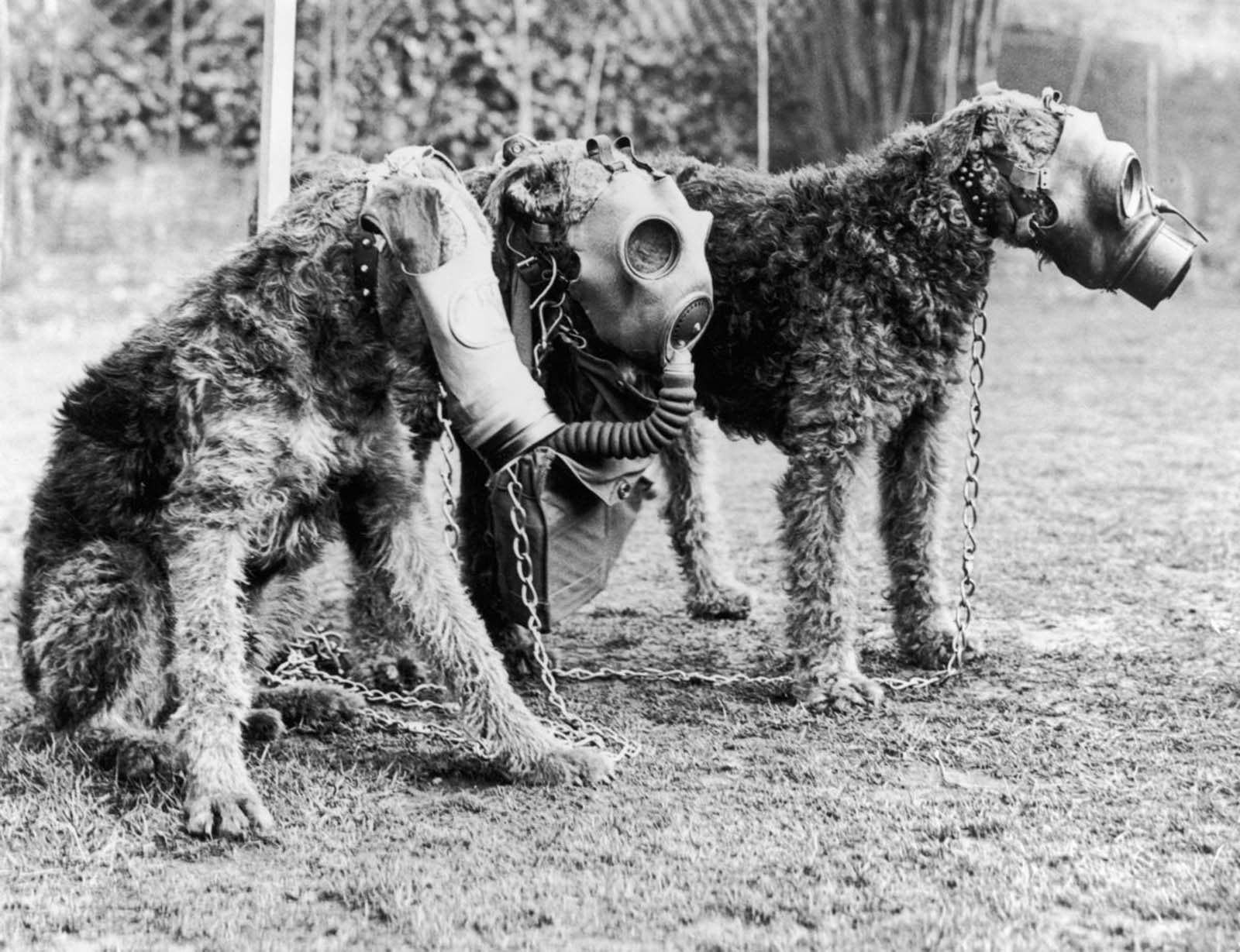 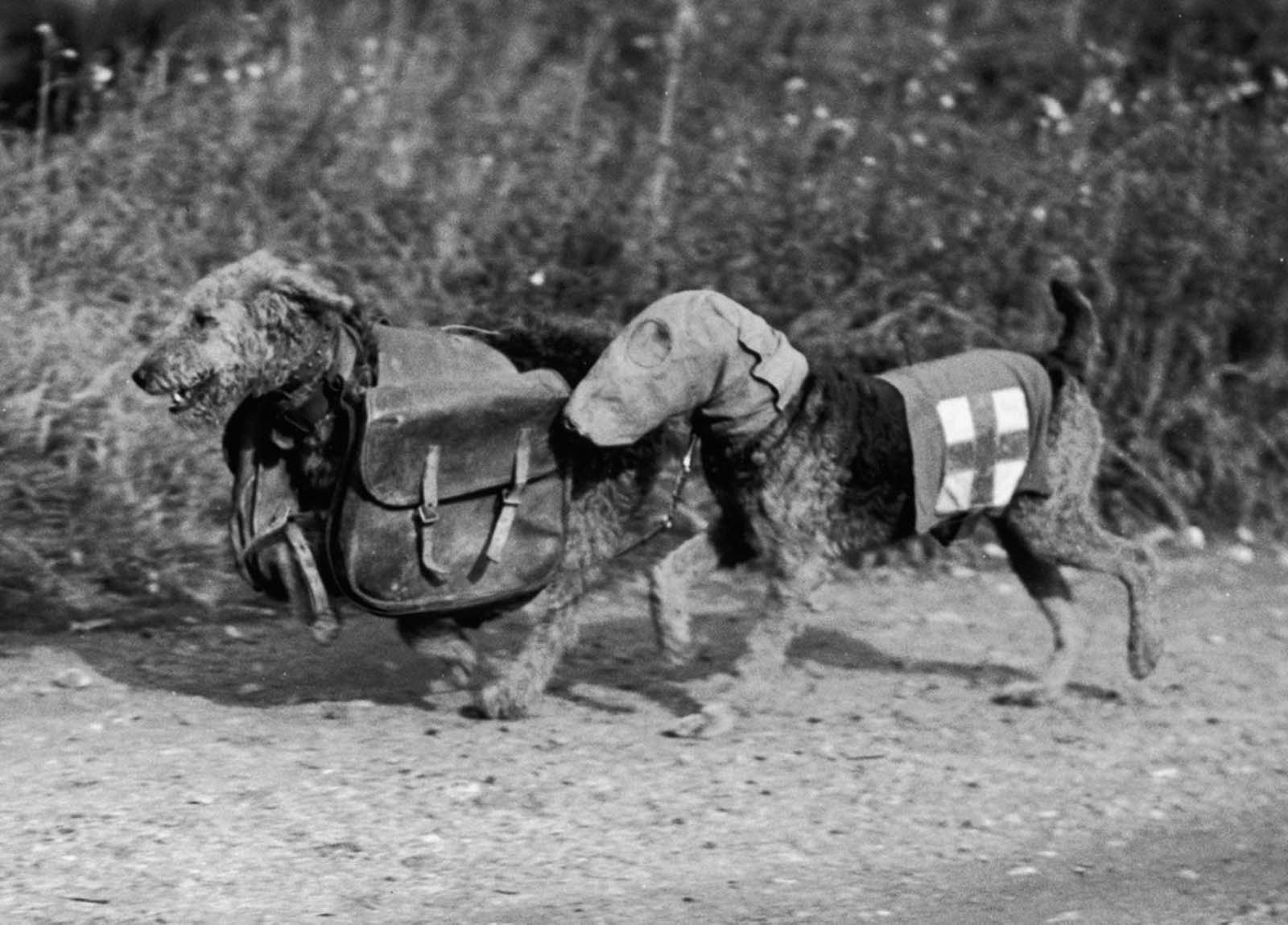 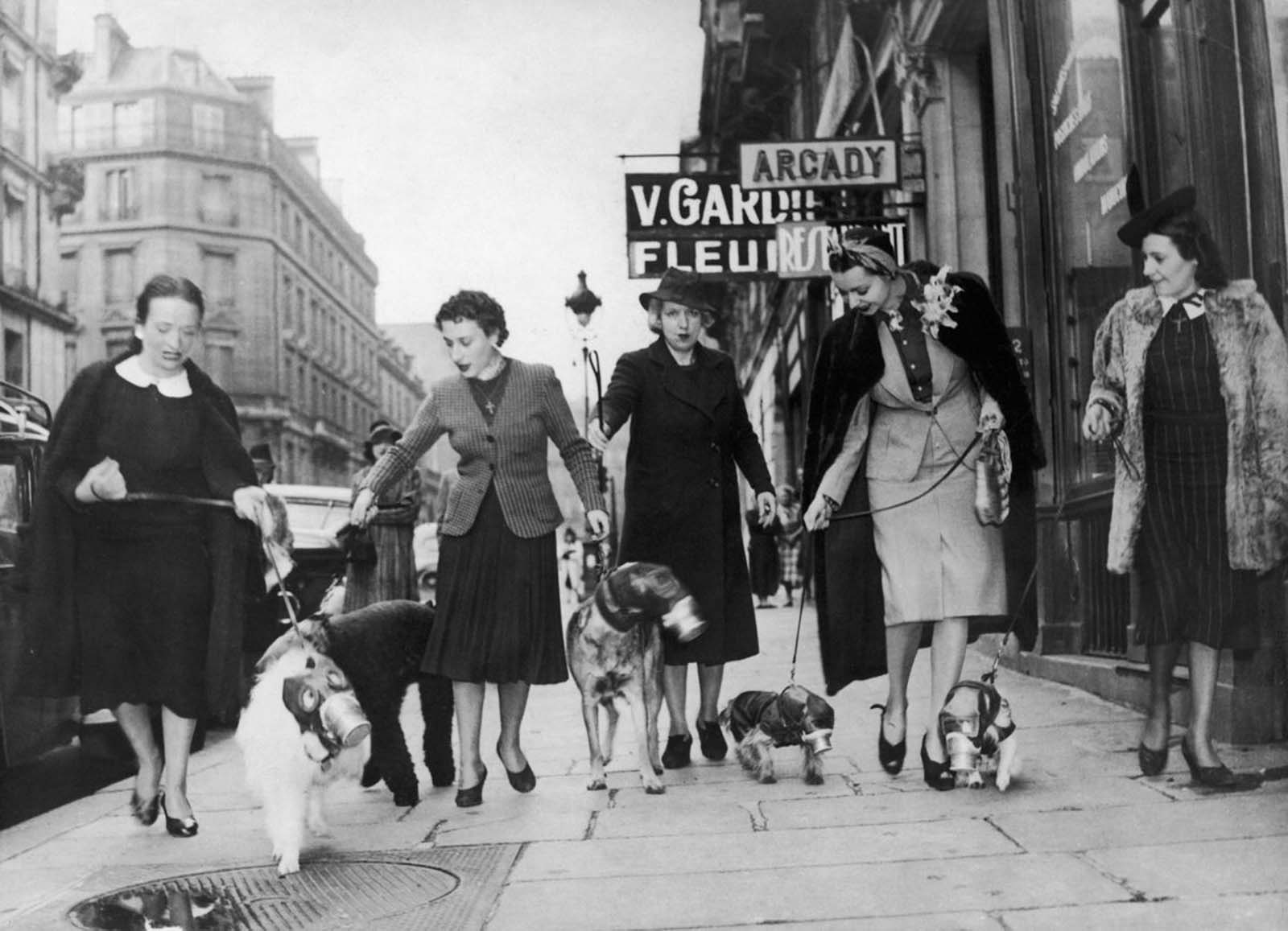 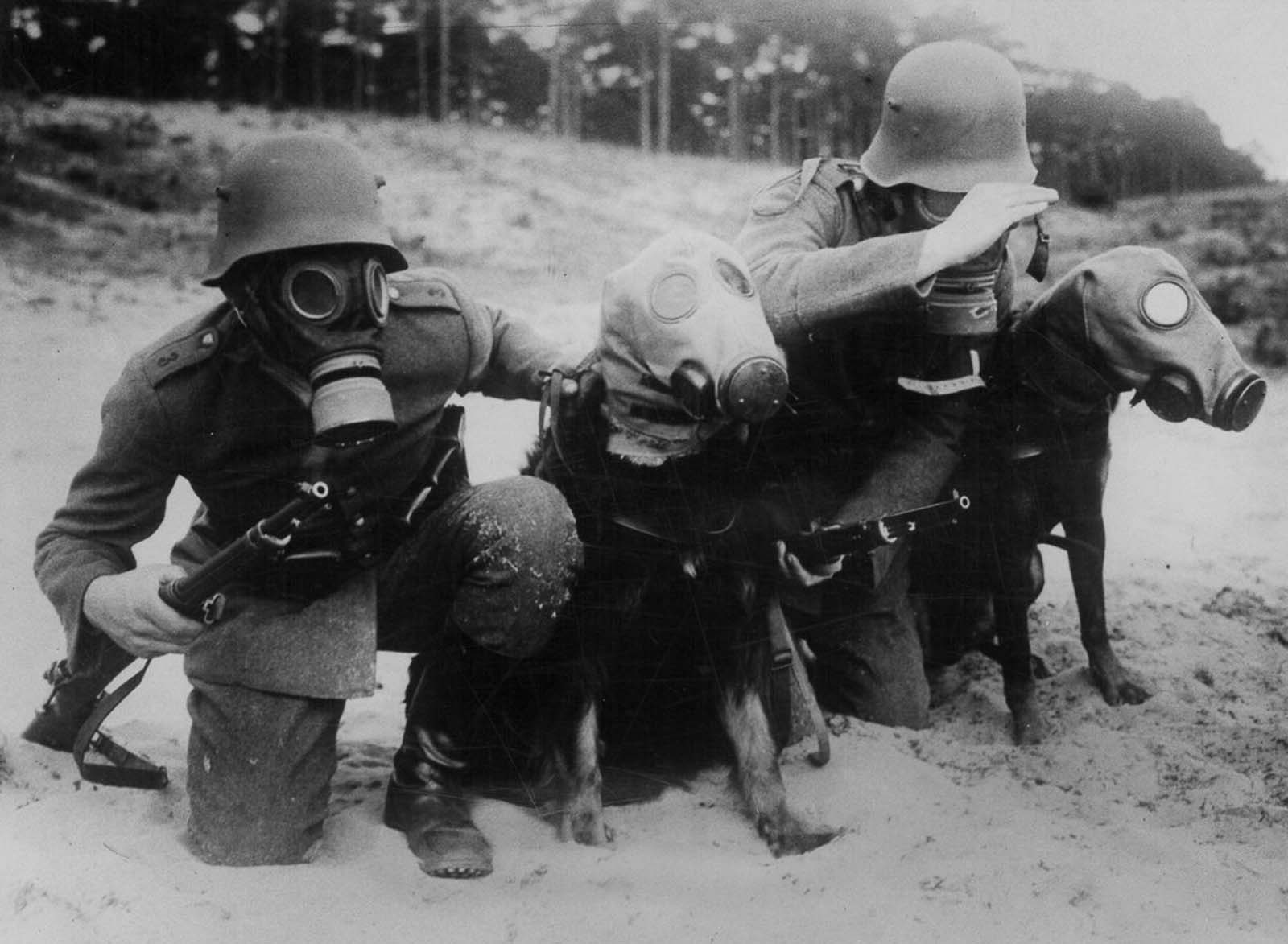 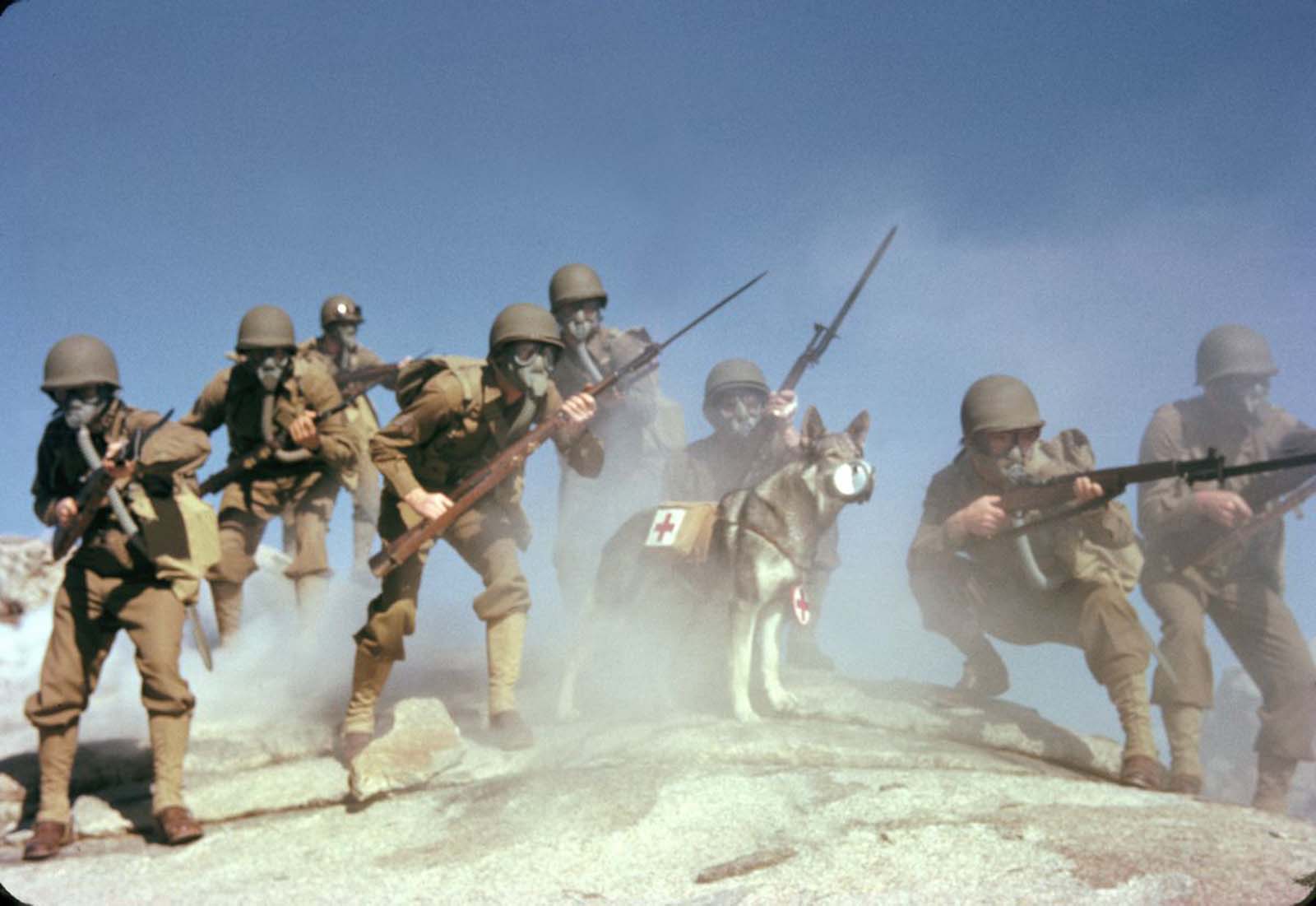 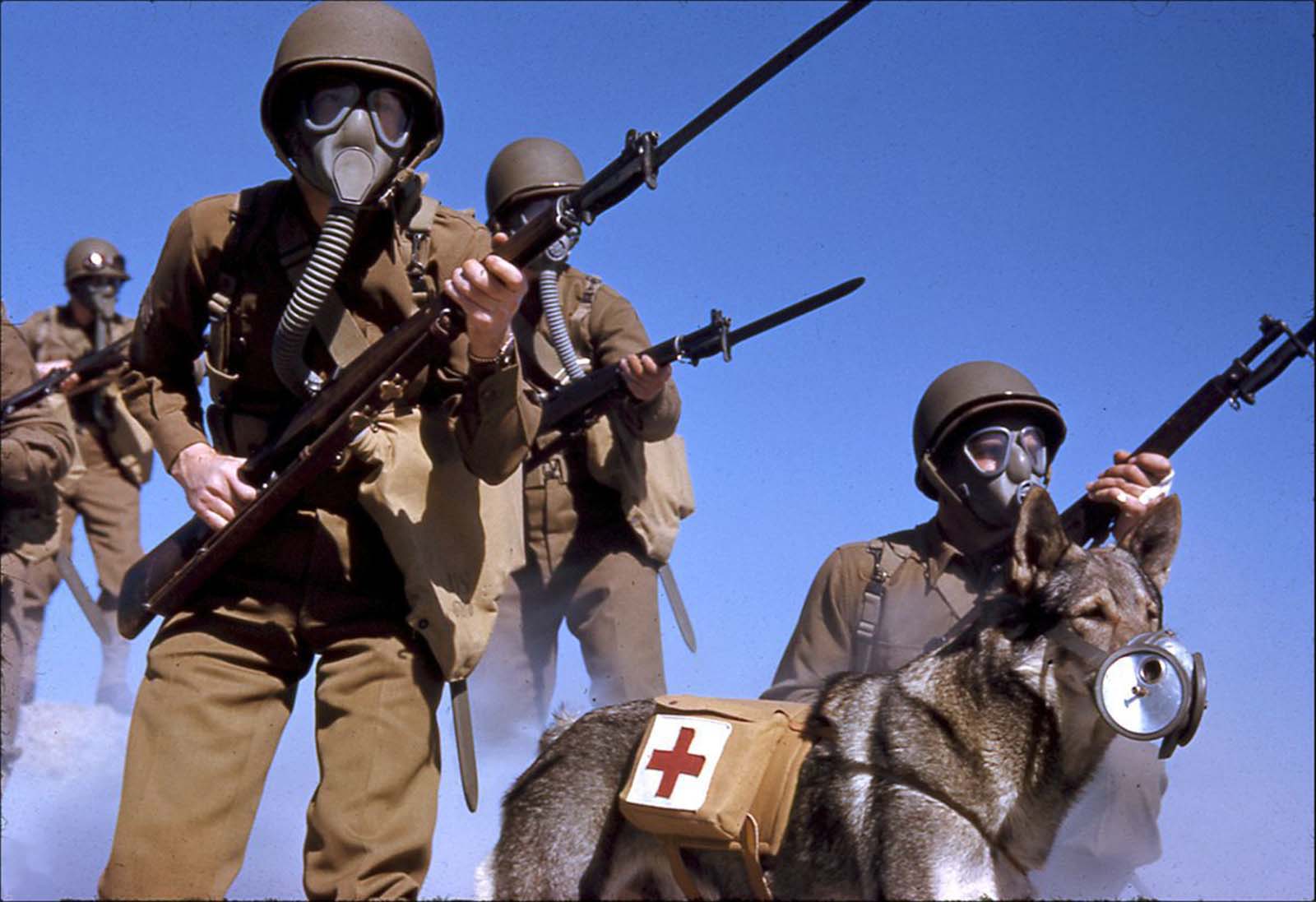 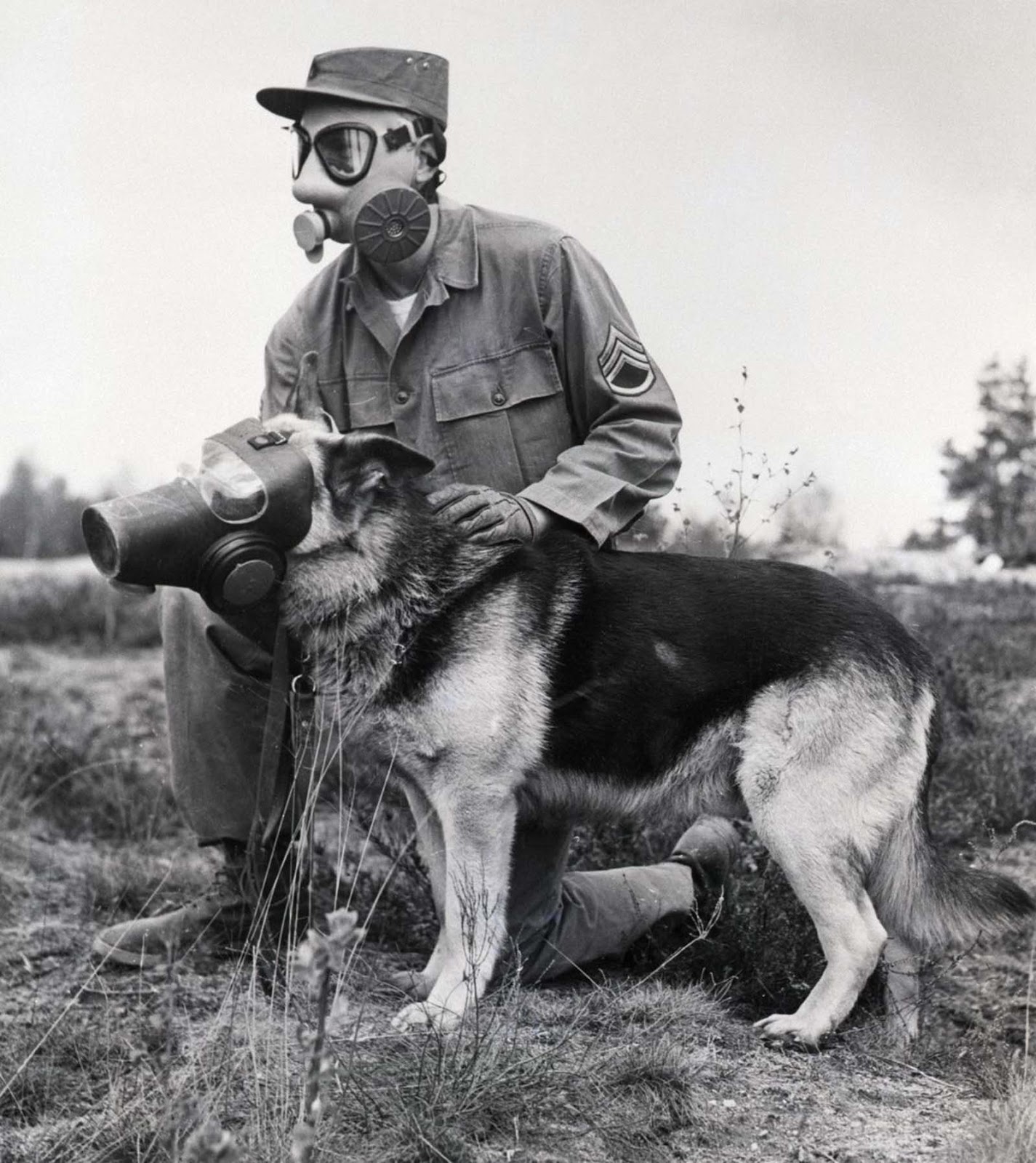 An American soldier and dog participate in drills in Germany. 1955. 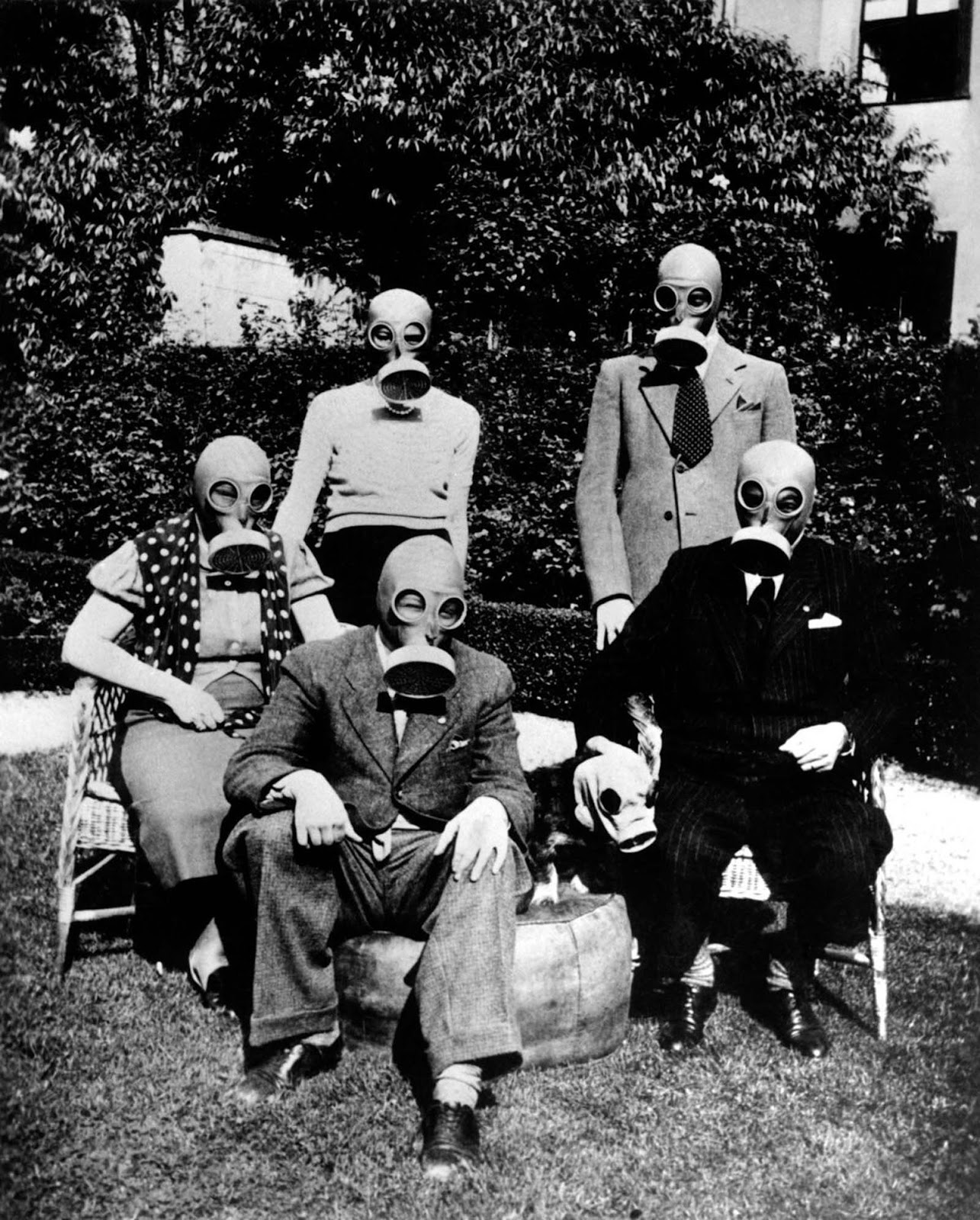 An American family and their dog at the beginning of World War II show off their gas masks in preparation for a possible gas attack in 1940 in Berlin, Germany.