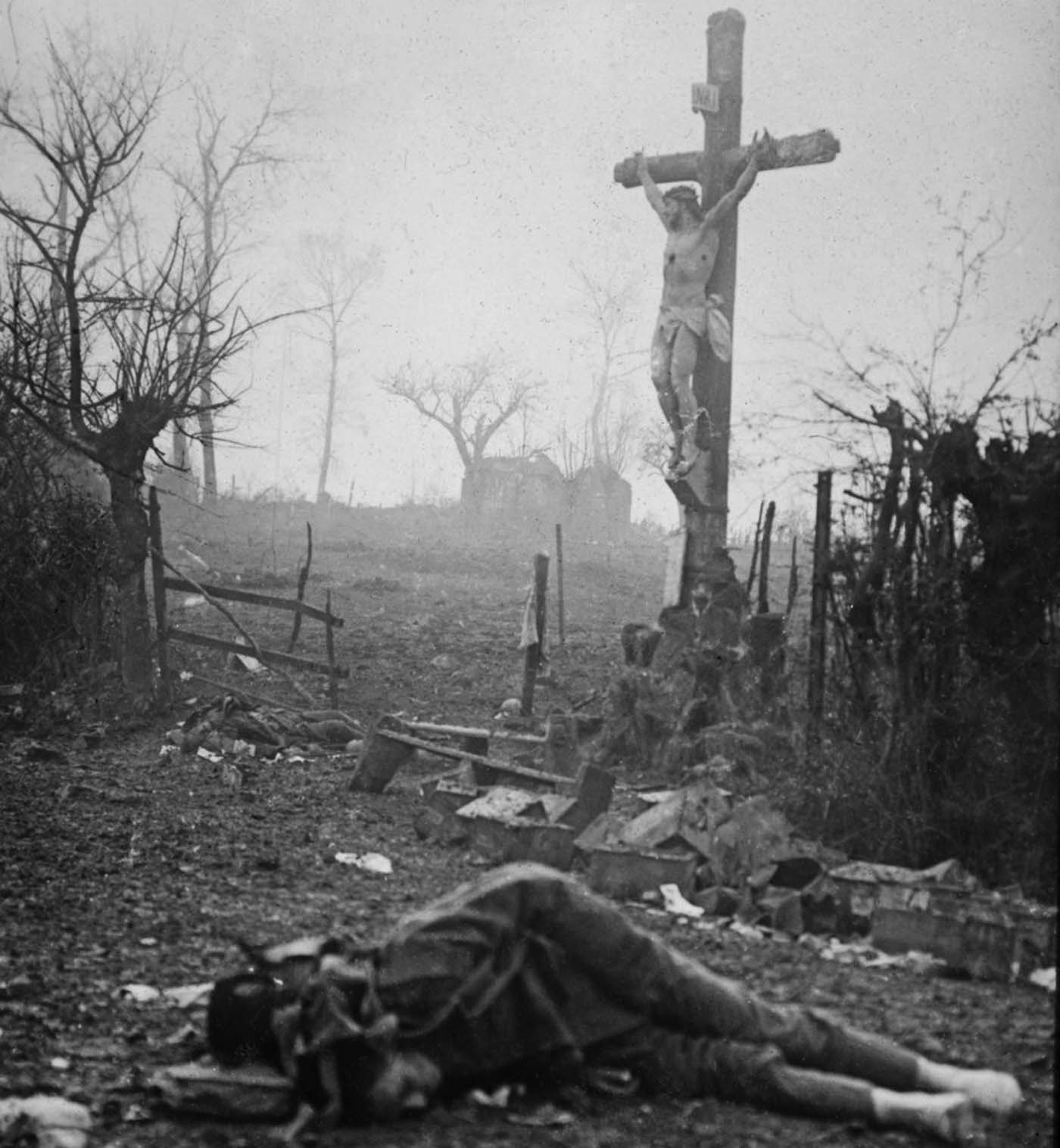 Carnage: Amid the appalling devastation and bodies of dead soldiers, a crucifix stands tall – miraculously preserved from the shell fire. The powerful image was captured after a bloody skirmish in 1917.

Hidden for 100 years, the astonishing photos by a 16-year-old soldier show how his brothers-in-arms would forever be haunted by the specter of defeat. These photos were taken by Walter Kleinfeldt who joined a German gun crew in 1915 and fought at the Somme aged just 16.

As his haunting pictures, taken with a Contessa camera, make all too clear, life in the trenches was a harrowing experience. The images provide an insight into the epic machinery of war – and capture the darkest moments of the battle, with bodies strewn among the rubble.

Returning home in 1918, Walter set up a photography shop in the town of Tubingen, where he worked until his death in 1945. Walter’s son Volkmar discovered the pictures in 2011 and decided to share them with the public.

In a BBC documentary about the collection from which it’s taken, Walter’s son argues that the photograph is “like an accusation against war”. Some of Walter’s other photos include a picture of the bodies scattered over no man’s land titled “After the Storm” and another of a German medical officer comforting a soldier in his last moments.

Kleinfeldt’s images also capture the everyday life of soldiers when they were away from the battlefield, washing in rivers and wandering around German towns. 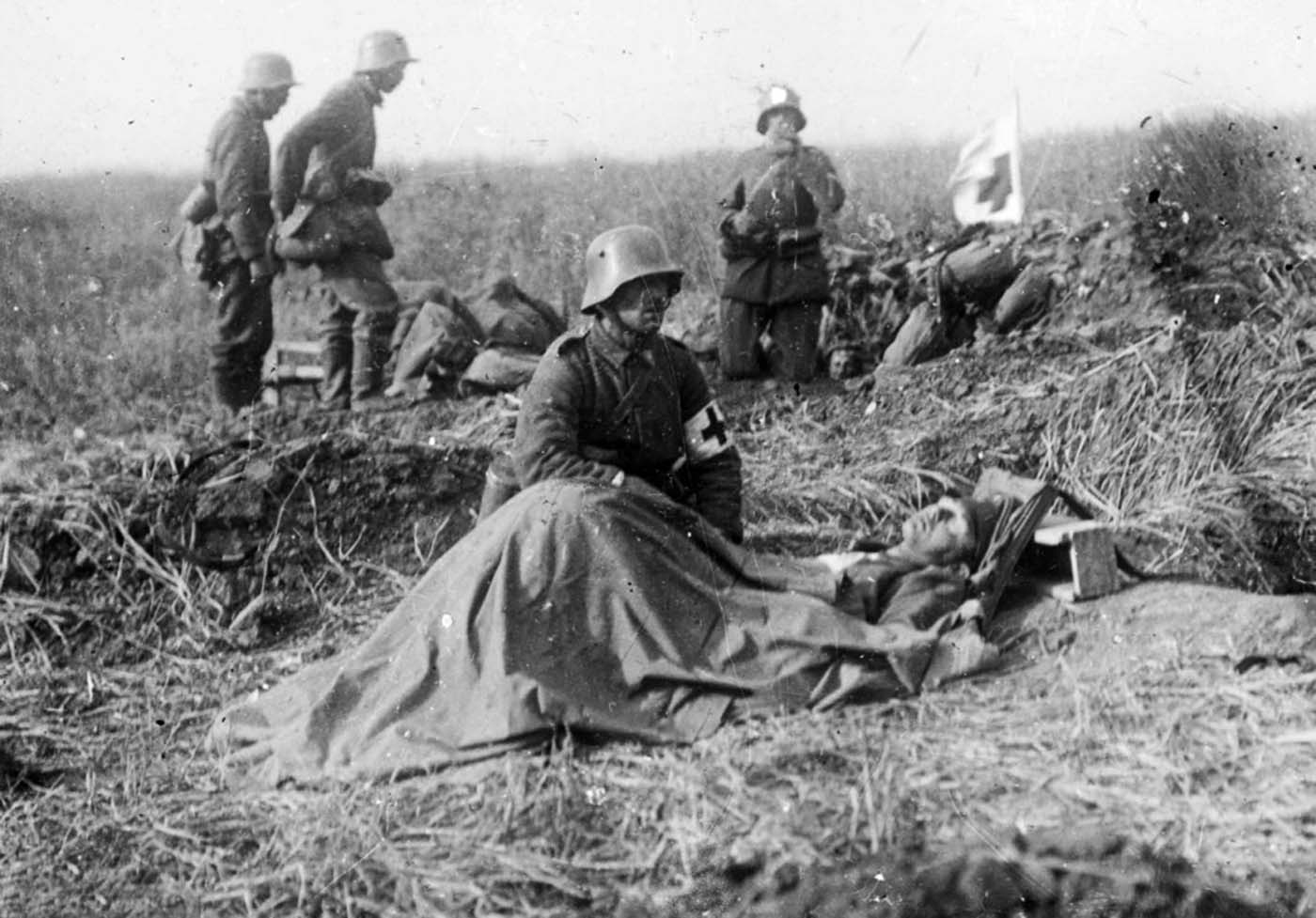 Walter was just 16 when he fought at the Somme but his photos soon took on a dark tone. Here he captures a German army medic kneeling beside a dying colleague – but he can do no more than offer comfort.

The Somme campaign in 1916 was the first great offensive of World War I for the British, and it produced a more critical British attitude toward the war.

During and after the Somme, the British army started a real improvement in tactics. Also, the French attacked at the Somme and achieved greater advances on July 1 than the British did, with far fewer casualties.

But it is the losses that are most remembered. The first day of the Somme offensive, July 1, 1916, resulted in 57,470 British casualties, greater than the total combined British casualties in the Crimean, Boer, and Korean wars.

In contrast, the French, with fewer divisions, suffered only around 2,000 casualties. By the time the offensive ended in November, the British had suffered around 420,000 casualties, and the French about 200,000. German casualty numbers are controversial but maybe about 465,000. 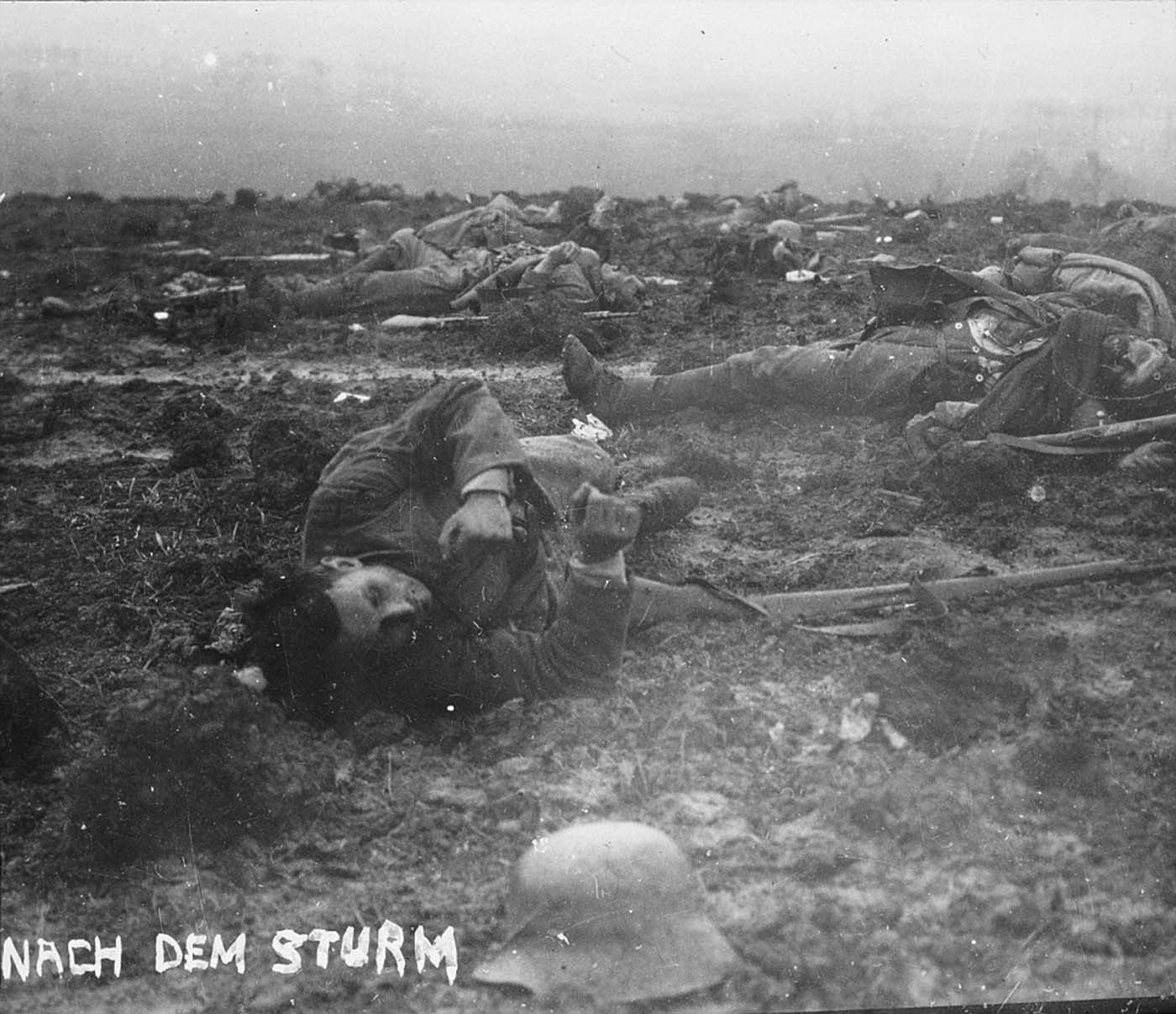 “After the storm” – Walter Kleinfeldt captions one of his images showing bodies strewn across the battlefield. 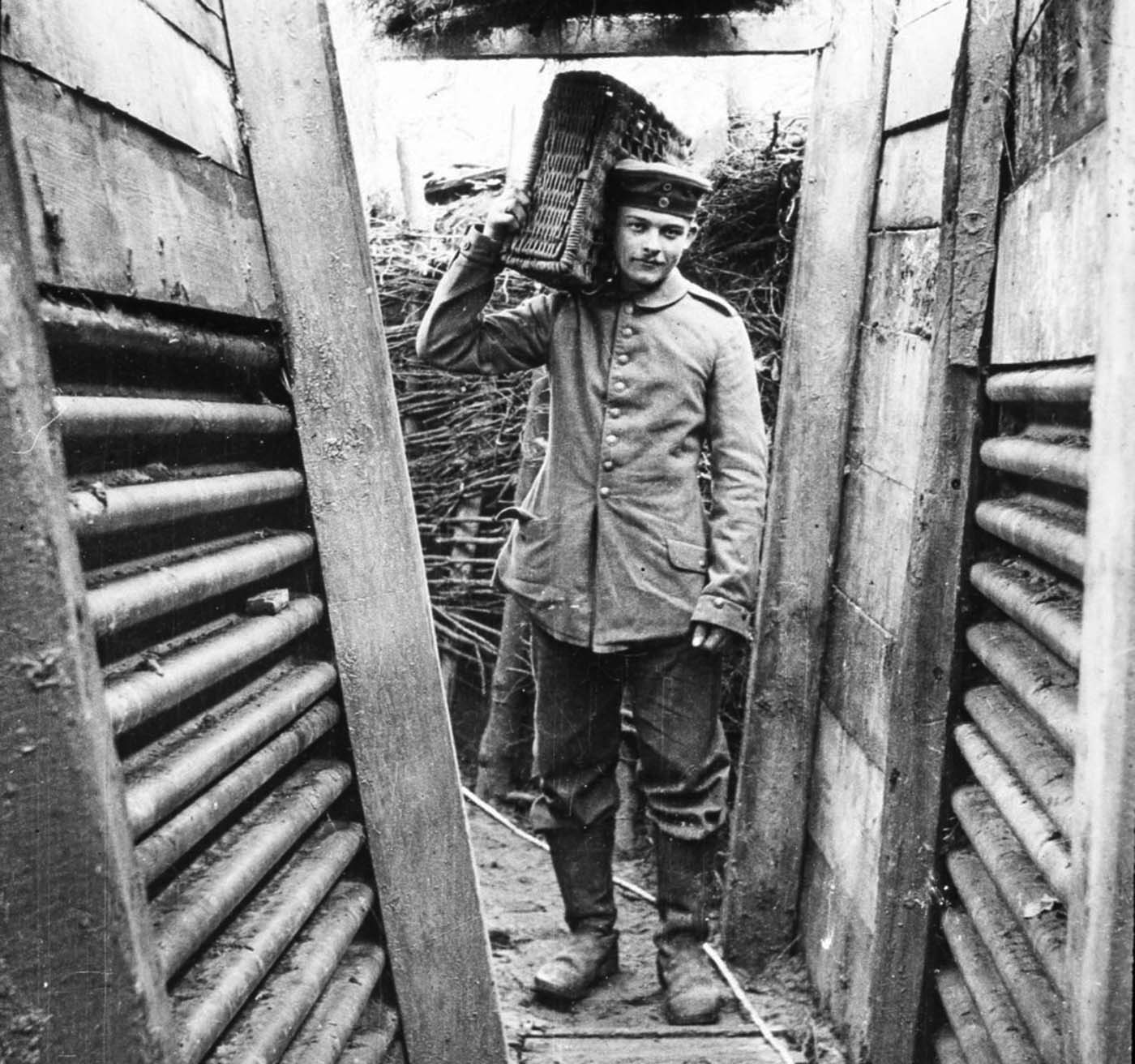 Walter Kleinfeldt, pictured carrying ammunition in a Somme trench, joined a German gun crew in 1915 and fought at the Somme aged just 16, taking pictures of life on the frontline with his Contessa camera. 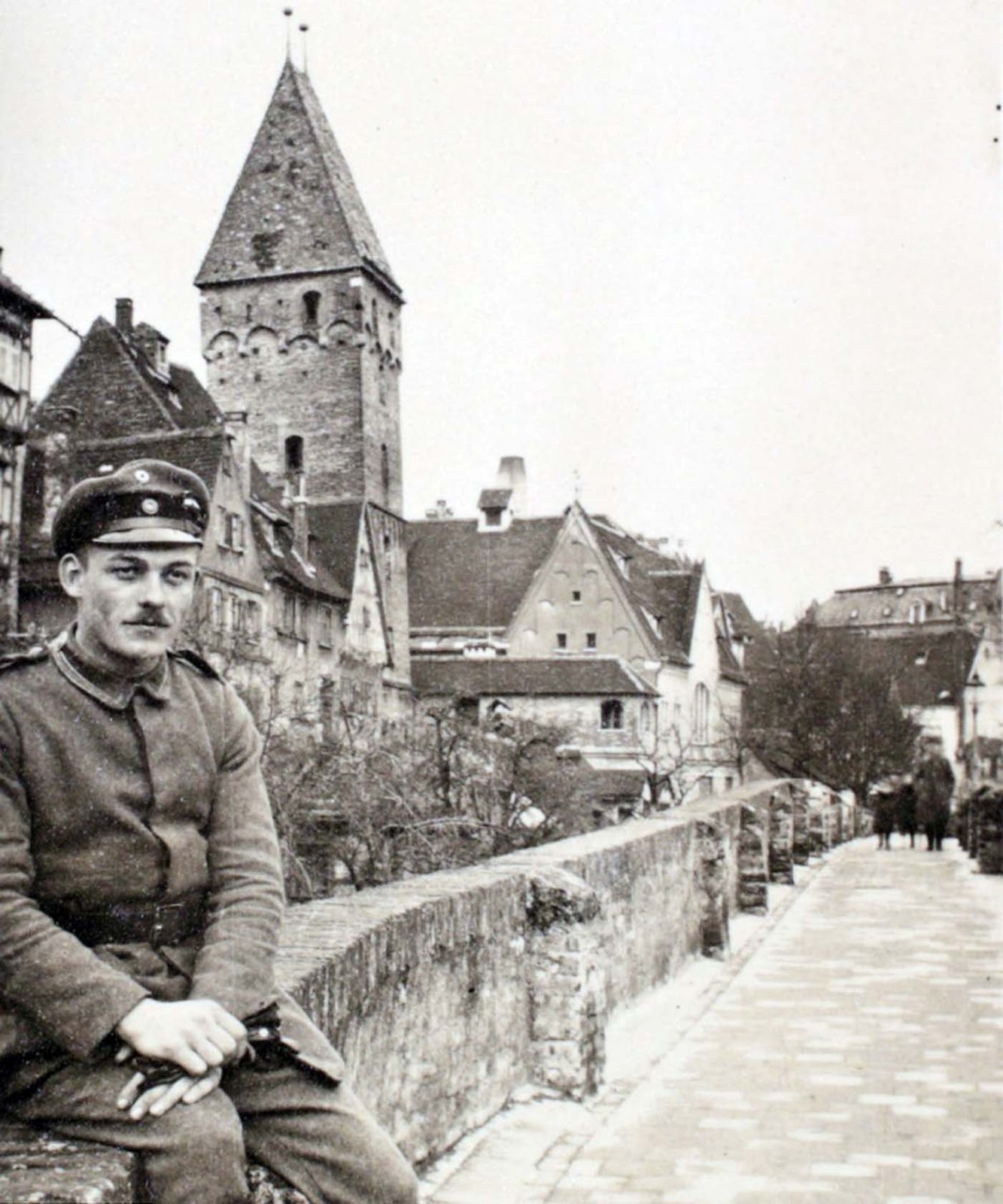 A 16-year-old Walter Kleinfeldt photographed in the German city of Ulm in 1915. Just a few weeks later, he was on the Somme. 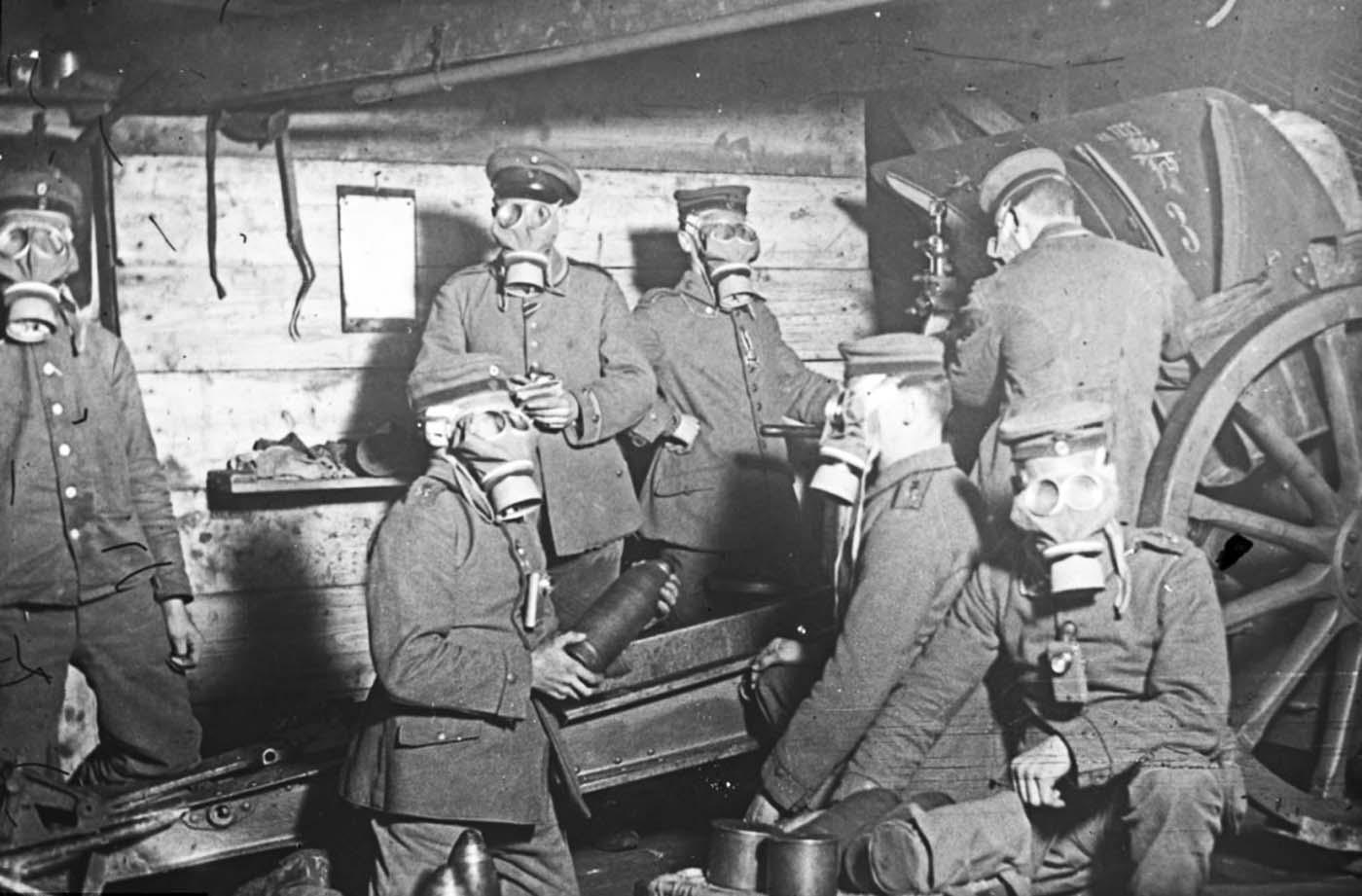 Constantly under threat: Gas attacks were a frequent menace in the Somme during the war so this group wear masks as they load shells into their gun in 1916. 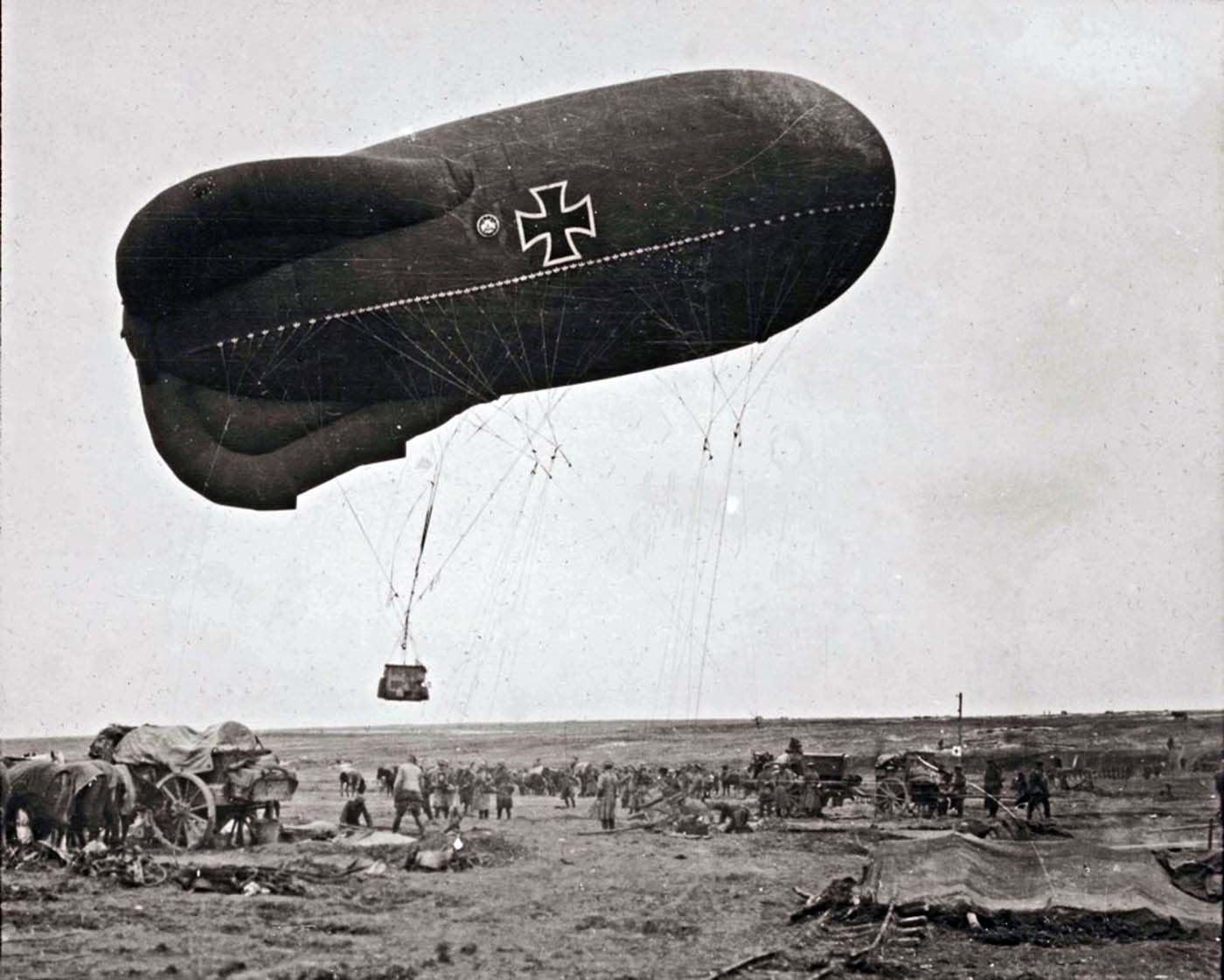 A German observation balloon takes off to direct artillery fire at the Somme in 1916. Walter Kleinfeldt was fascinated with the latest machinery of war. 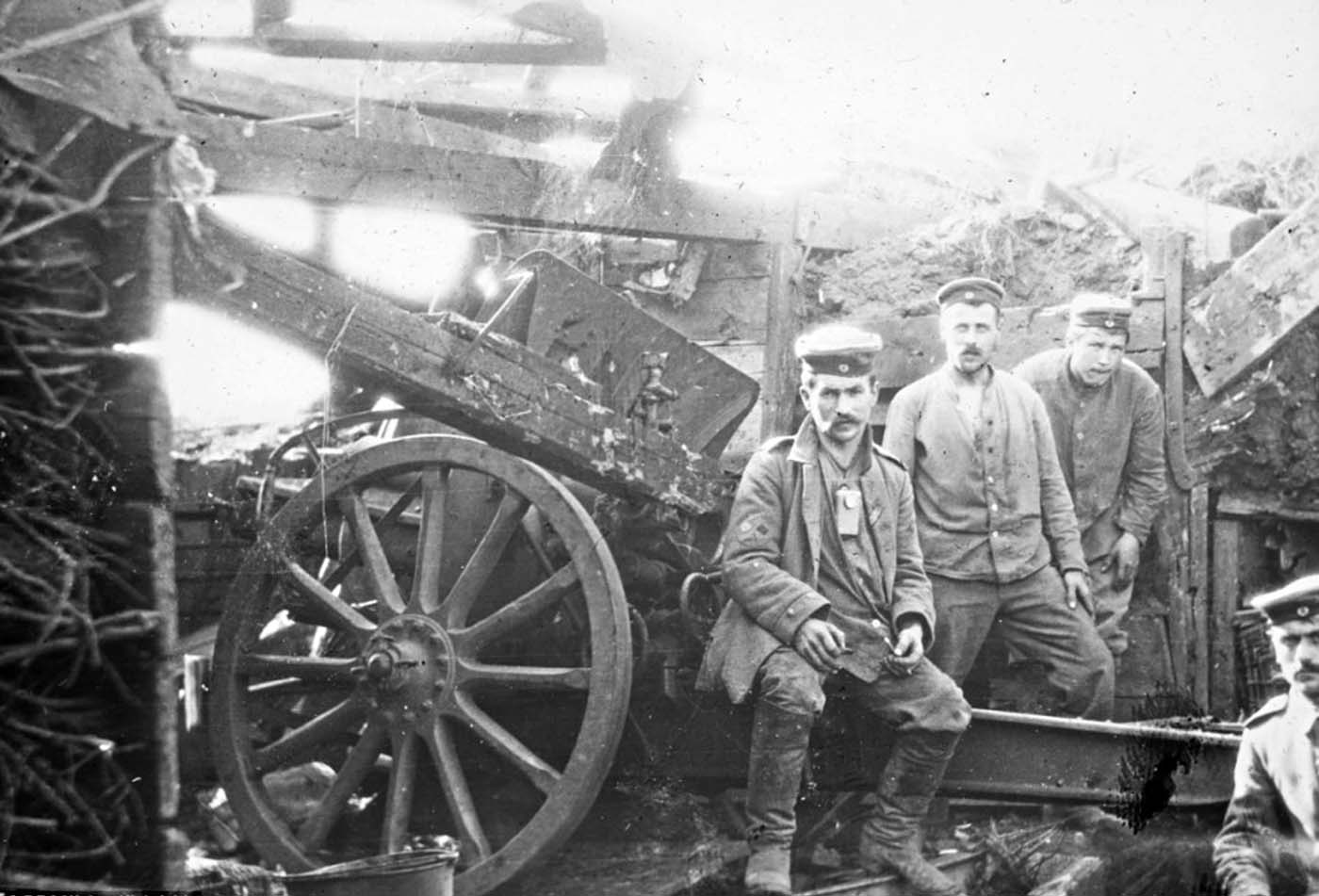 This photograph of members of Walter’s gun crew was taken on the 1st of July 1916, the first day of the battle of the Somme. 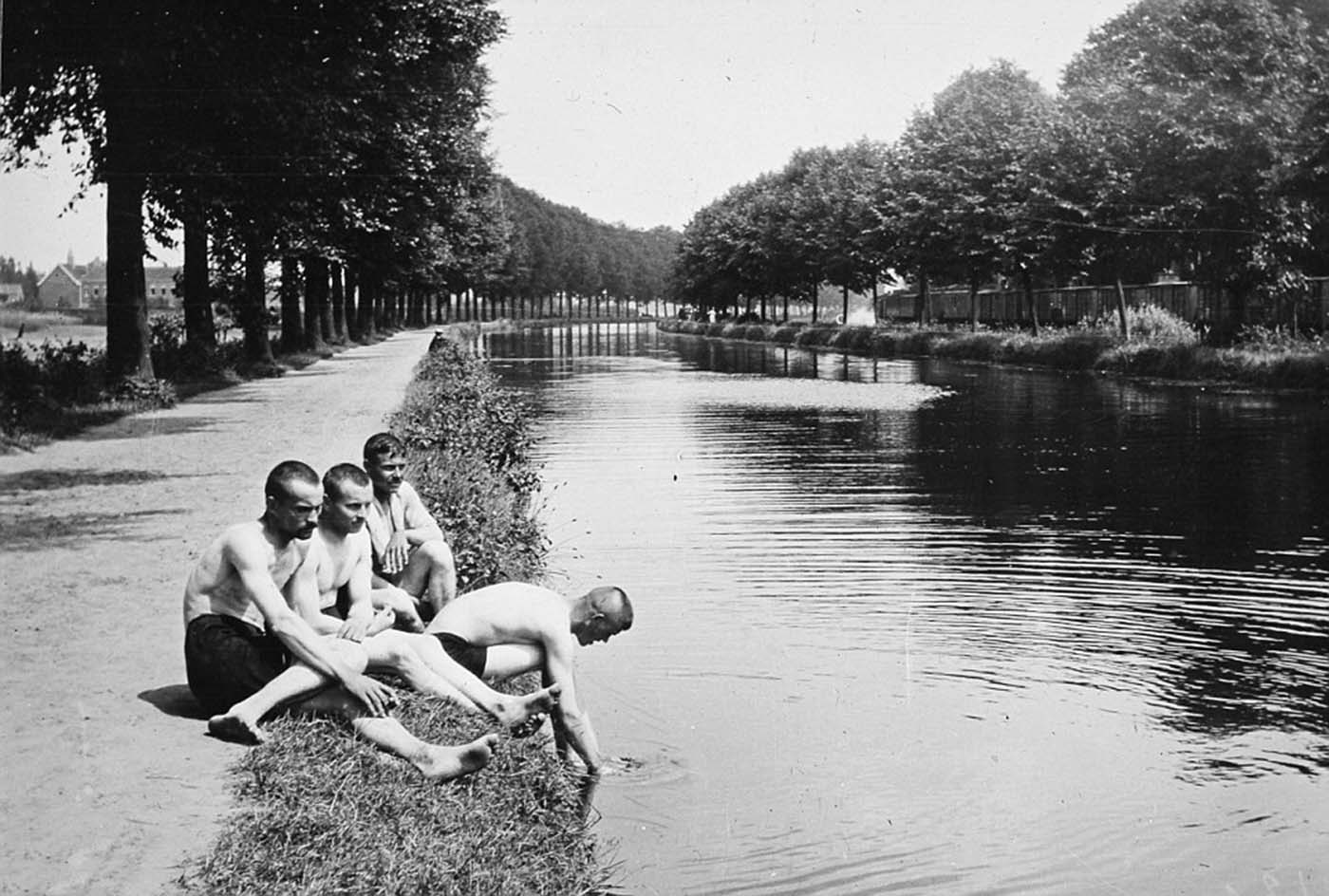 Happy moment: Kleinfeldt photographed his comrades washing in a river while away from the front.