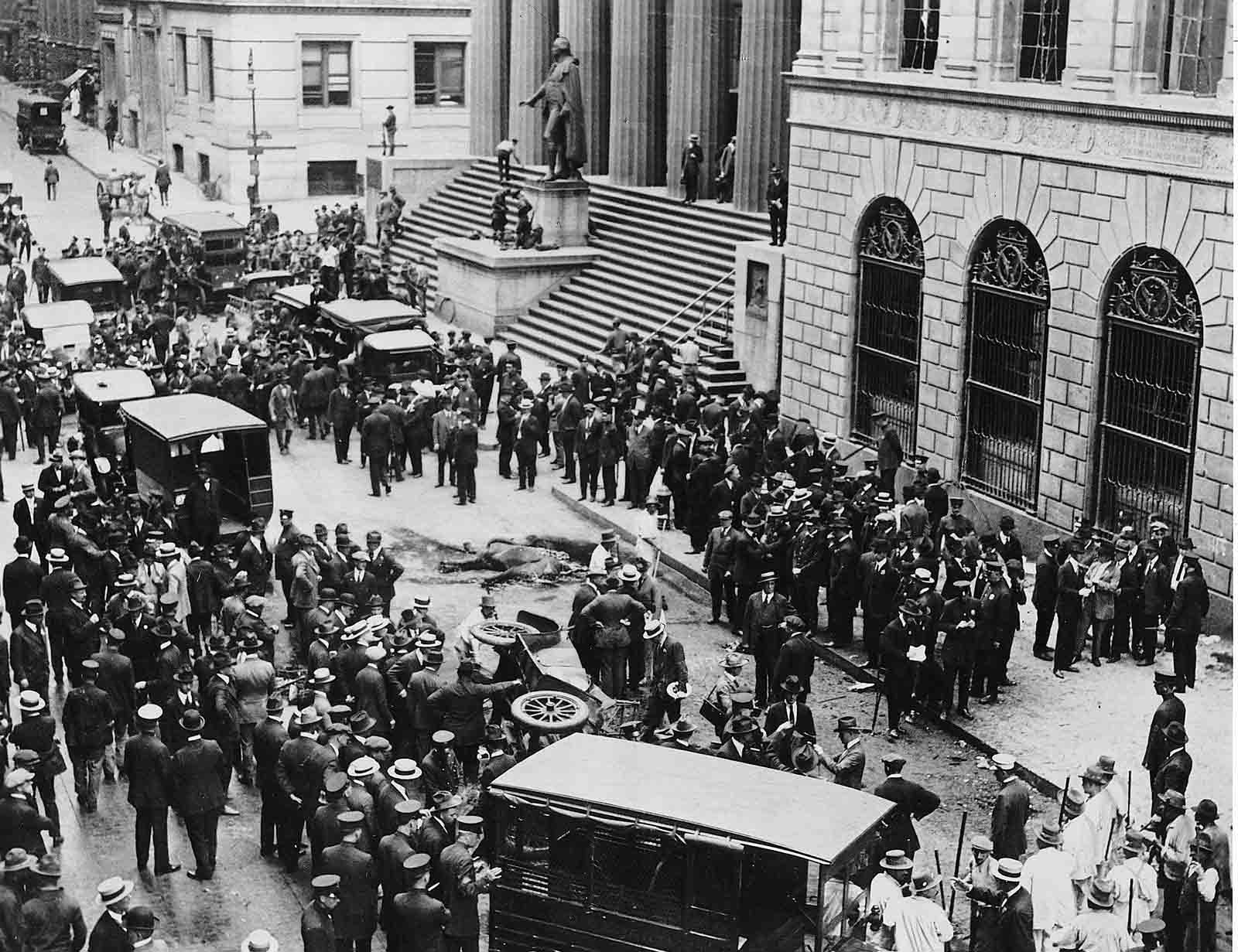 ftermath of a bombing on September 16, 1920, at Wall Street and Broad Street in New York City that killed 38 people and injured hundreds.

On September 16, 1920, as hundreds of Wall Street workers headed out for lunch, a horse-drawn wagon parked in front of J. P. Morgan Bank — the world’s most powerful banking institution. Inside the wagon, 100 pounds (45 kg) of dynamite with 500 pounds (230 kg) of heavy, cast-iron sash weights exploded in a timer-set detonation, sending the weights tearing through the air.

The horse and wagon were blasted into small fragments, but the driver was believed to have left the vehicle and escaped. The powerful blast turned the nation’s financial center into a horrific war zone and left 38 dead and hundreds more seriously injured.

The noise was heard throughout Lower Manhattan and across the East River in Brooklyn. The smoke-filled streets were covered with a layer of shattered glass, debris from the damaged buildings, and bodies. The chief clerk of J.P. Morgan, William Joyce, who had been seated near the front window, was among those killed, and Junius Morgan, a son of J.P. Morgan, Jr., was wounded. The New York Stock Exchange, across Broad Street, was closed immediately.

In the beginning it wasn’t obvious that the explosion was an intentional act of terrorism. Crews cleaned the damage up overnight, including physical evidence that today would be crucial to identifying the perpetrator. By the next morning Wall Street was back in business—broken windows draped in canvass, workers in bandages, but functioning none-the-less.

Conspiracy theories abounded, but the New York Police and Fire Departments, the Bureau of Investigation, and the U.S. Secret Service were on the job. Each avidly pursued leads. The Bureau interviewed hundreds of people who had been around the area before, during, and after the attack, but developed little information of value.

The few recollections of the driver and wagon were vague and virtually useless. The NYPD was able to reconstruct the bomb and its fuse mechanism, but there was much debate about the nature of the explosive, and all the potential components were commonly available.

Because nobody claimed responsibility for the bombing, the New York Police Department considered a number of possible motives. The assassination of J.P. Morgan, Jr., was dismissed as a motive because he was in Europe at the time of the attack.

Another possibility was an attempt to rob the adjacent Sub-Treasury Building, where $900 million in gold bars was being moved that day. The bombing was ultimately decided to have been an act of terrorism performed by “Reds”—anarchists and communist sympathizers—who wanted to shatter the symbols of American capitalism.

A stack of anarchist flyers found in a mailbox a block away from Wall Street supported this theory. Suspicion fell on political radicals, communists, and anarchists of foreign origin—particularly Italians, Russians, and Jews.

One Galleanist in particular, Italian anarchist Mario Buda (1884–1963), an associate of Sacco and Vanzetti, and the owner of a car which led to the arrest of the latter for a separate robbery and murder, is alleged by some historians, including Paul Avrich, to be the man most likely to have planted the bomb. Avrich and other historians theorize that Buda acted in revenge for the arrest and indictment of his fellow Galleanists, Sacco and Vanzetti.

The Secret Service and the Federal Bureau of Investigation interrogated thousands of people and arrested many radicals, but no one was charged with the crime, and the investigation was dropped in 1940. No memorial was created to commemorate the event, and the facade of the damaged building, at 23 Wall Street, was not repaired. 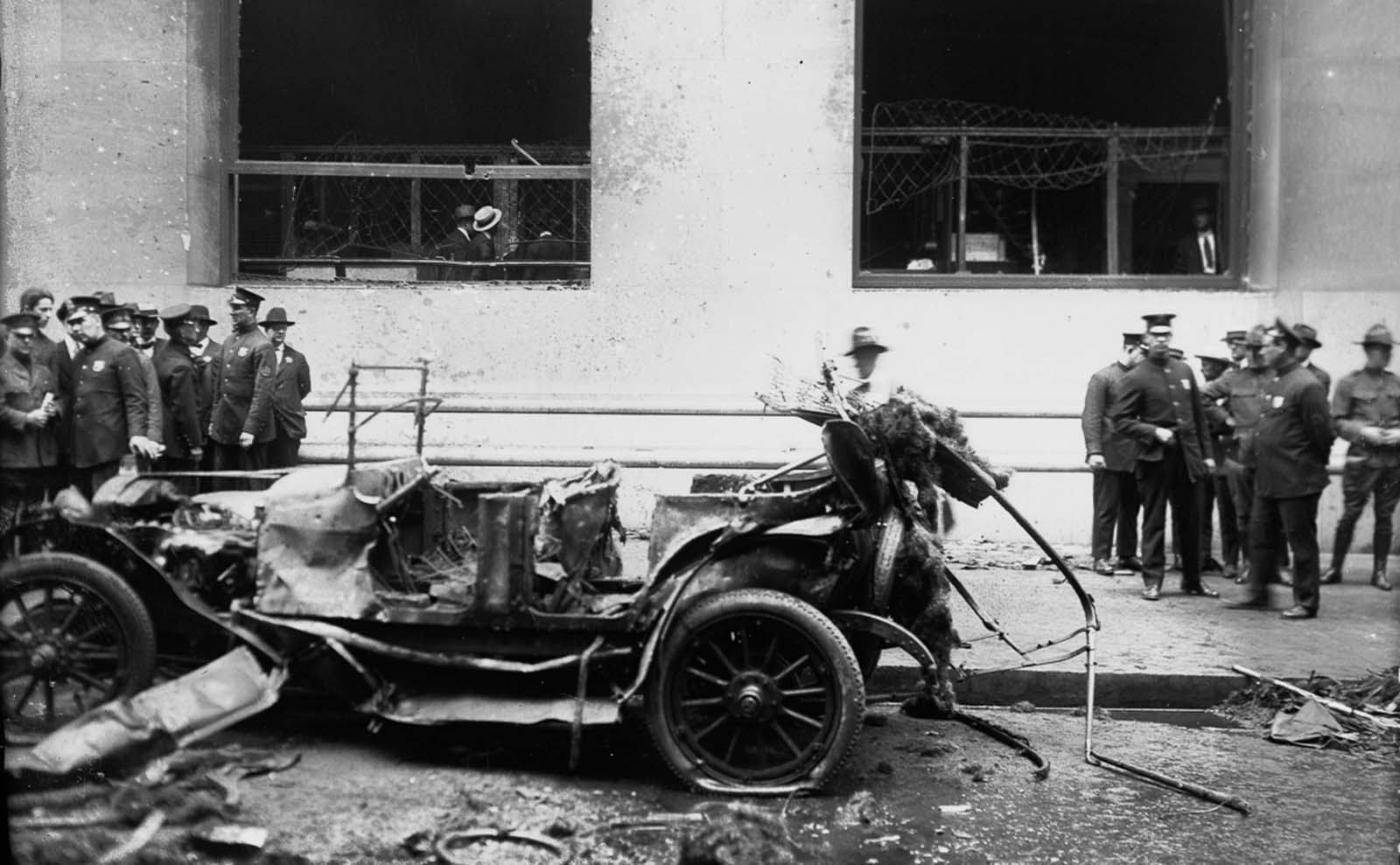 The bombing of Wall Street. 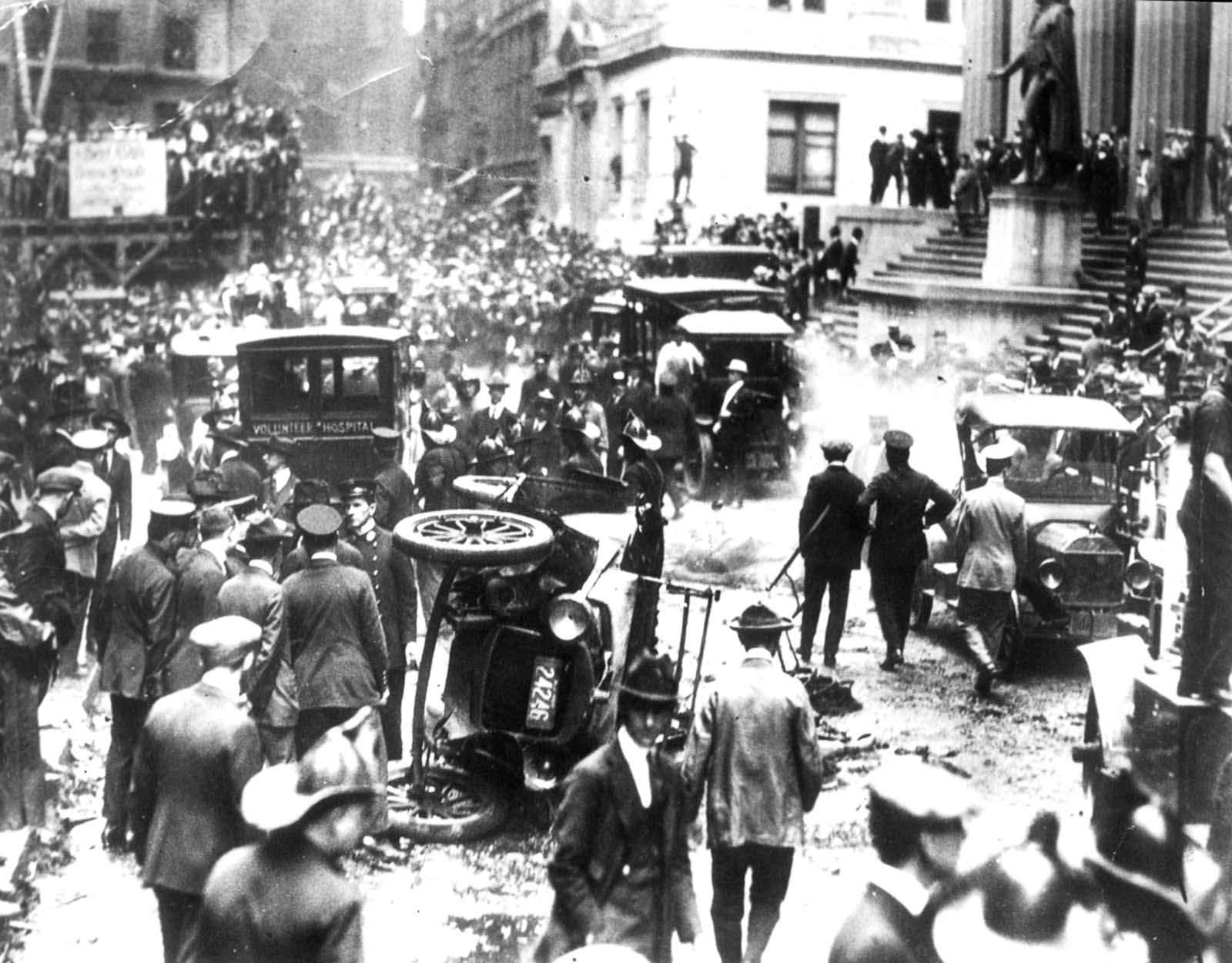 The bombing was never solved, although investigators and historians believe the Wall Street bombing was carried out by Galleanists (Italian anarchists), a group responsible for a series of bombings the previous year.

The facade of 23 Wall Street still bears the pockmarks from the bomb’s shrapnel. 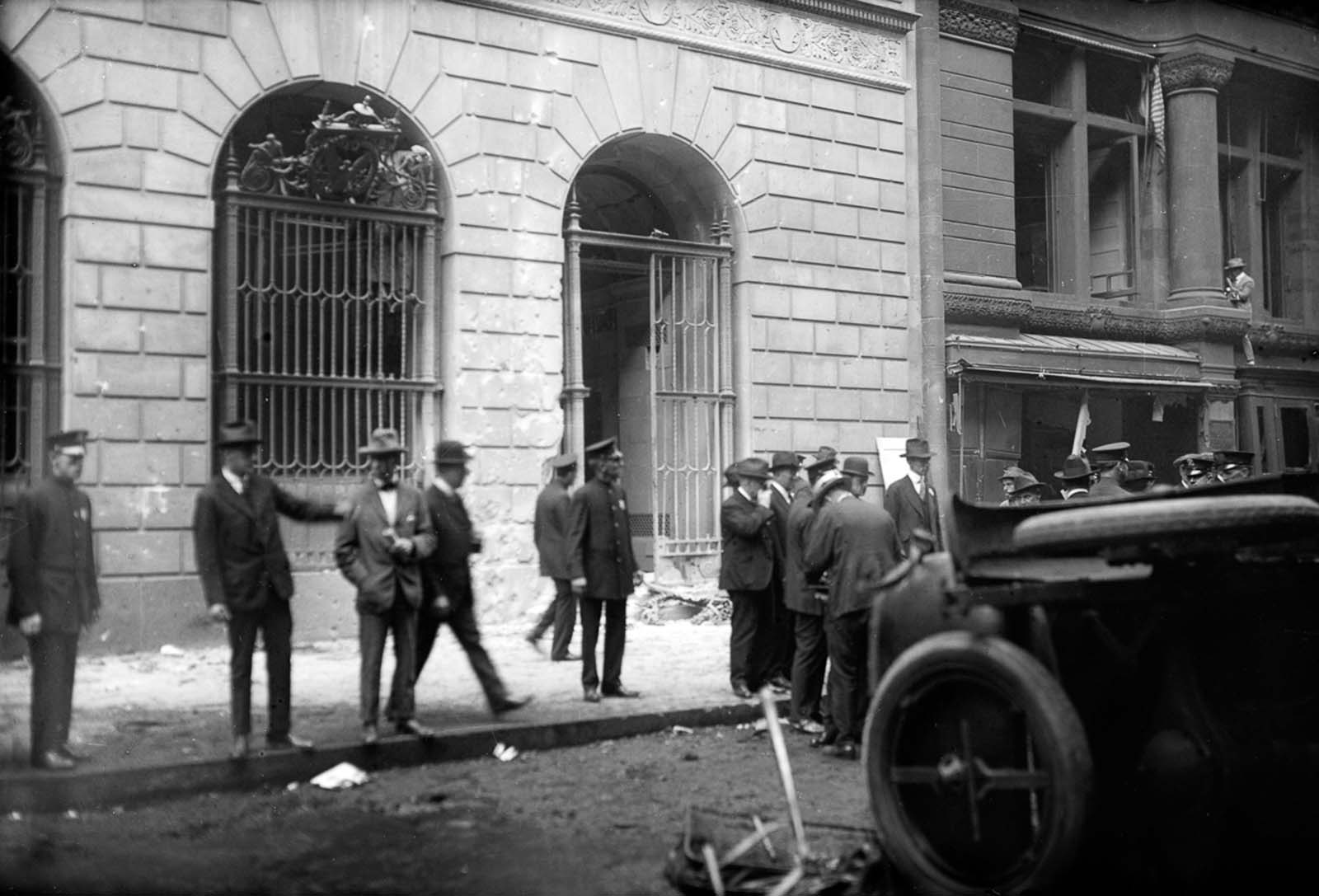 The attack was related to postwar social unrest, labor struggles, and anti-capitalist agitation in the United States. 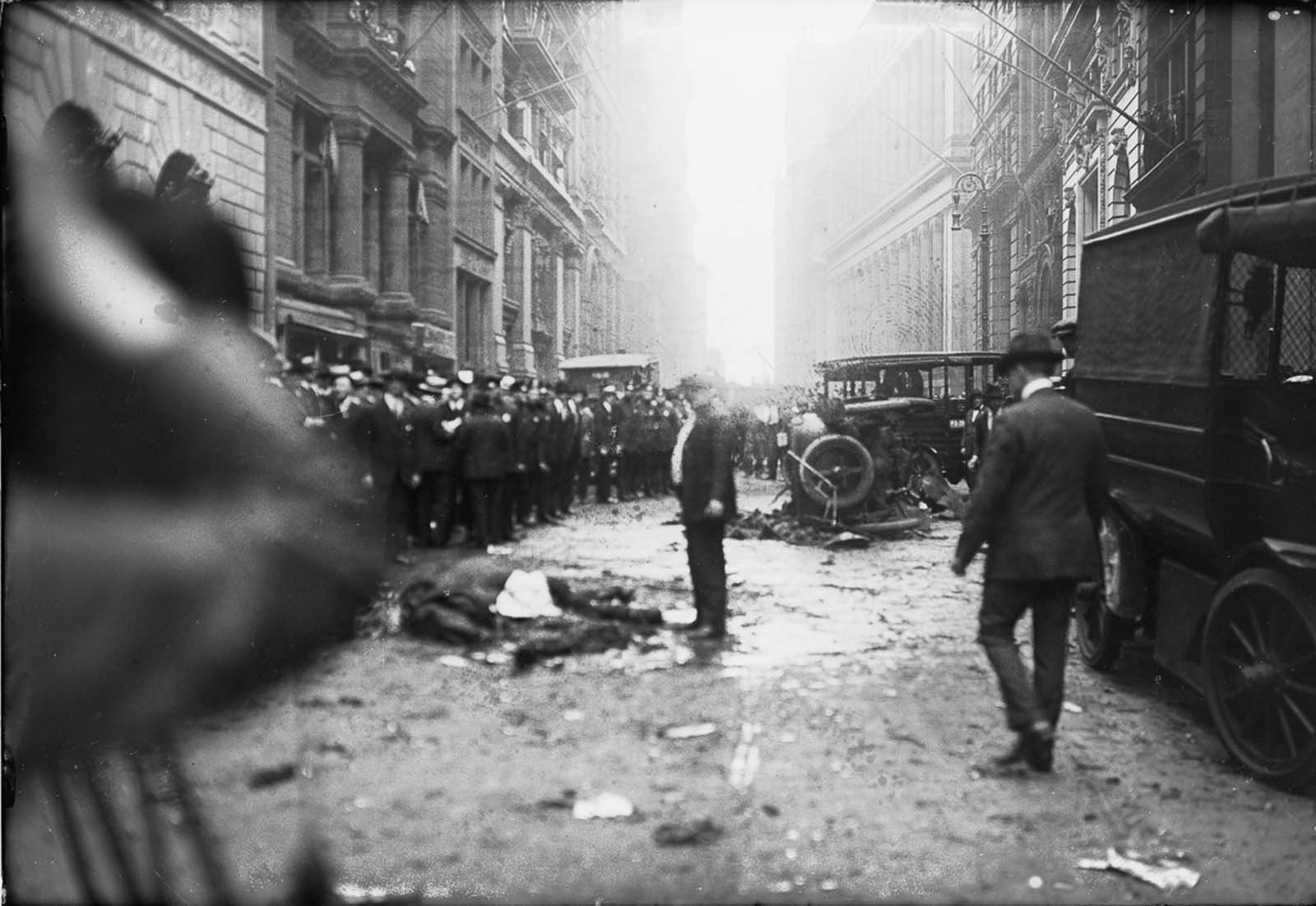 A man stands next to the remains of the wagon’s horse. 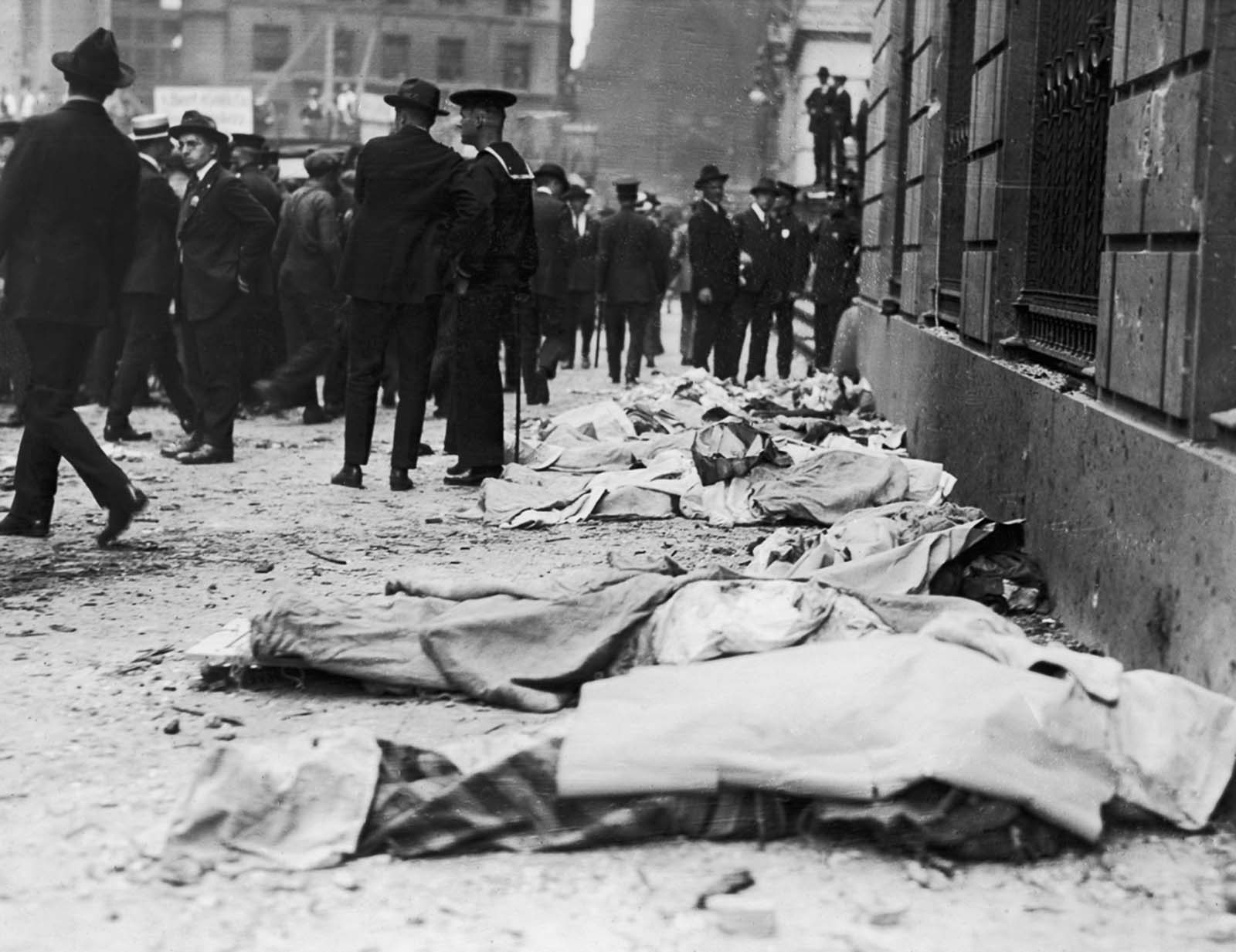 The Wall Street bomb killed more people than the 1910 bombing of the Los Angeles Times, which was the deadliest act of terrorism on U.S. soil up to that point. 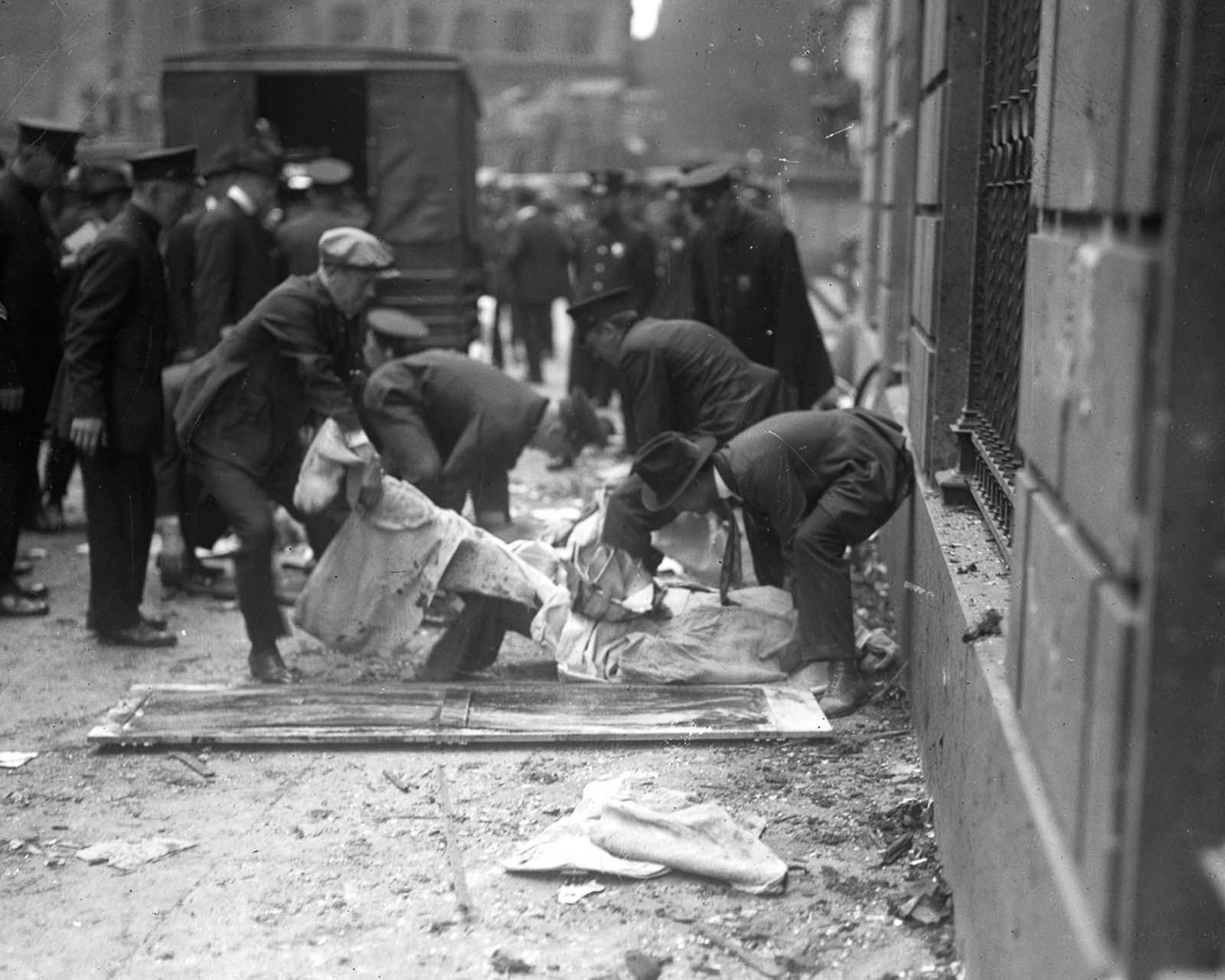 Police and volunteers load the bodies of victims onto stretchers. 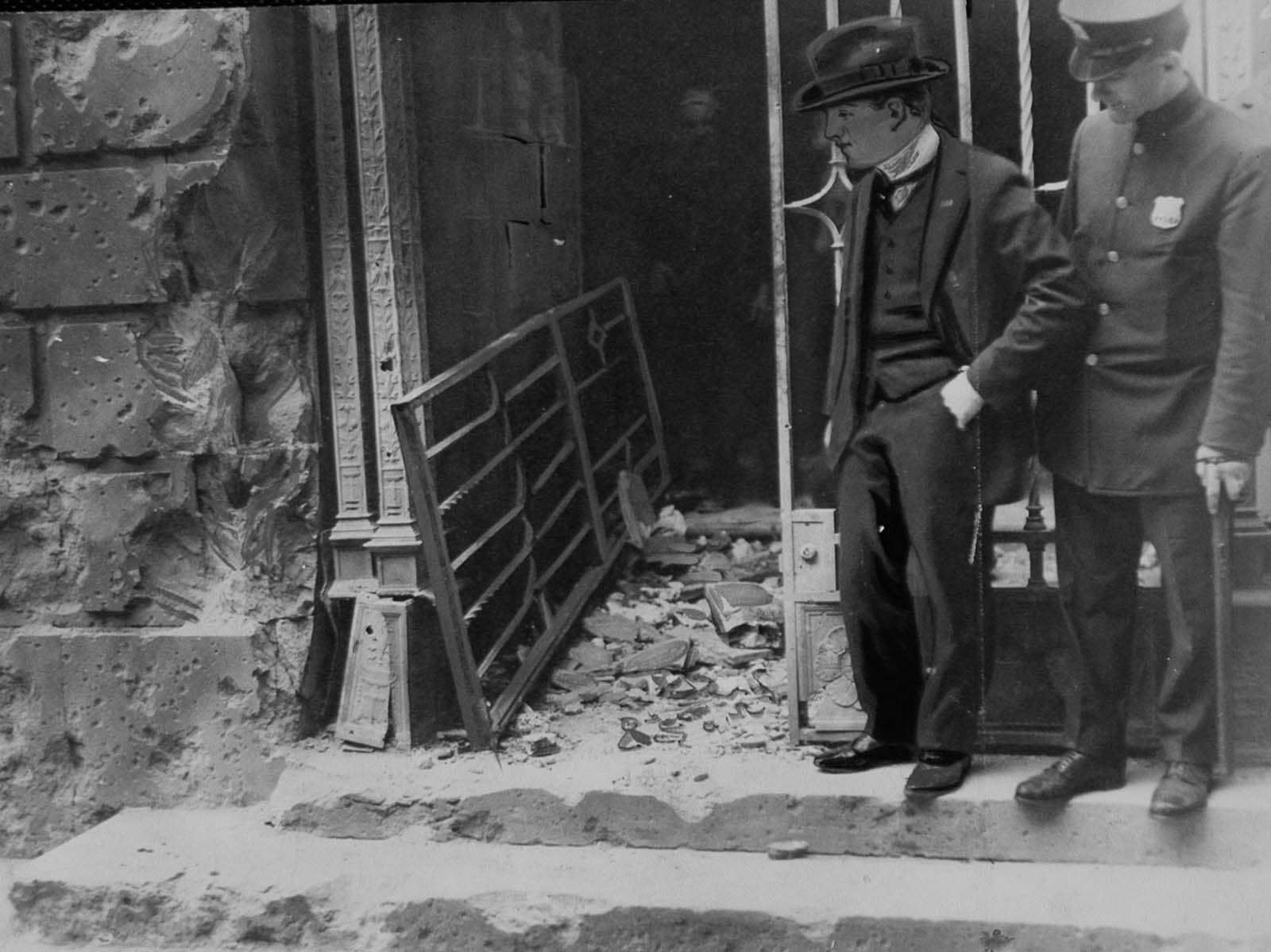 Men inspect a building facade damaged by the explosion. 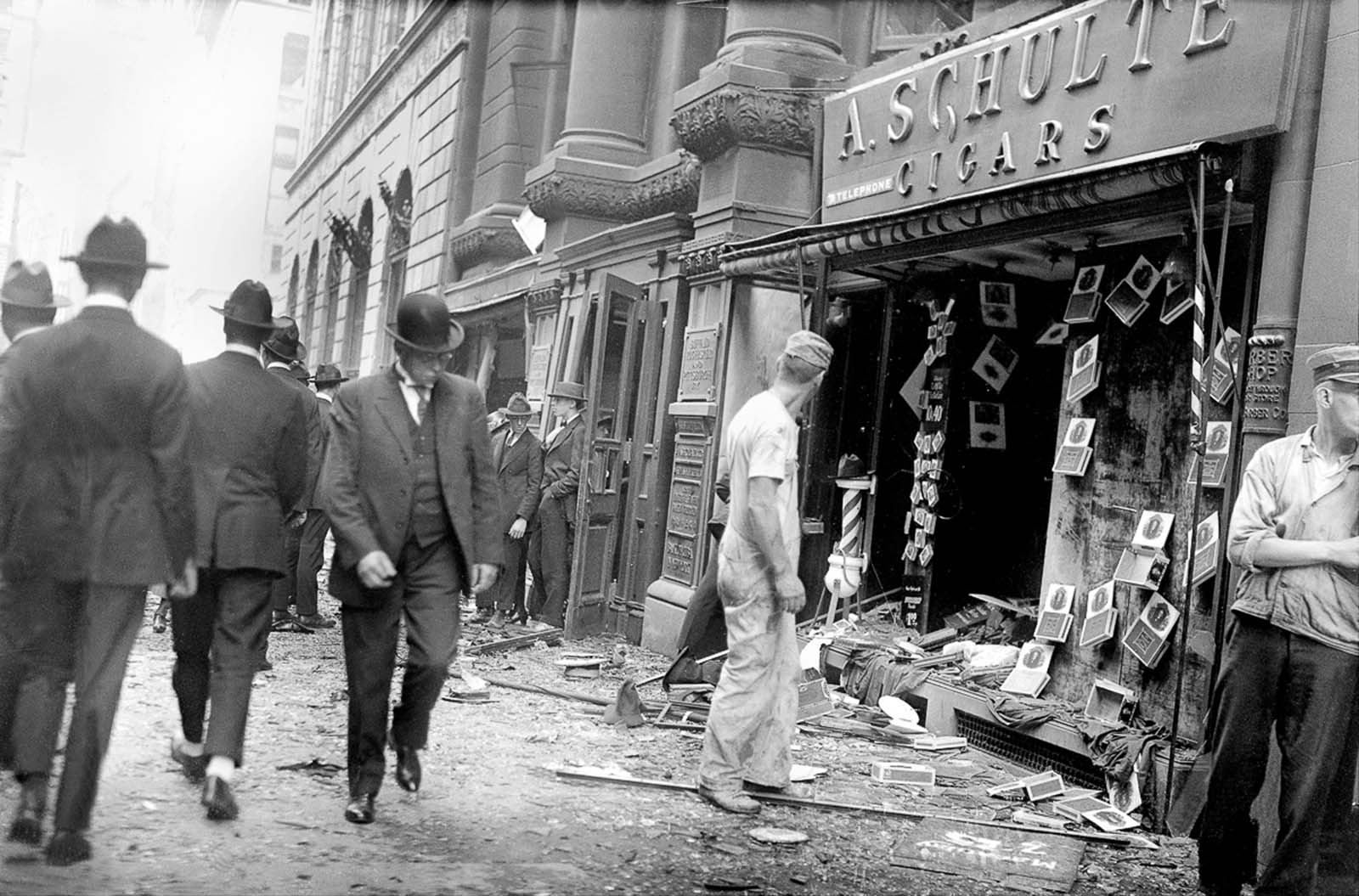 Bystanders walk by the wrecked facade of a cigar store. 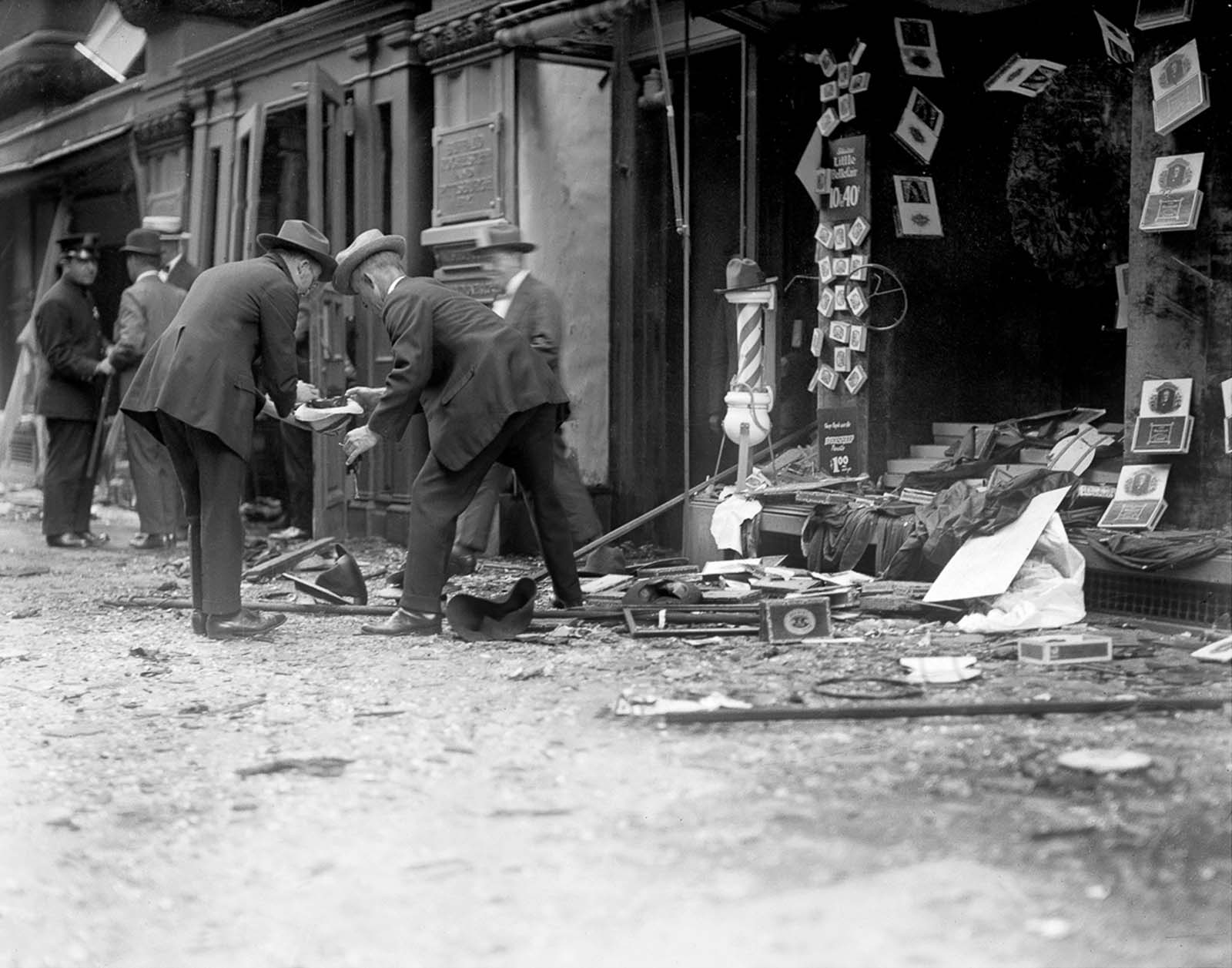 Investigators soon focused on radical groups opposed to U.S. financial and governmental institutions and known to use bombs as a means of violent reprisal. 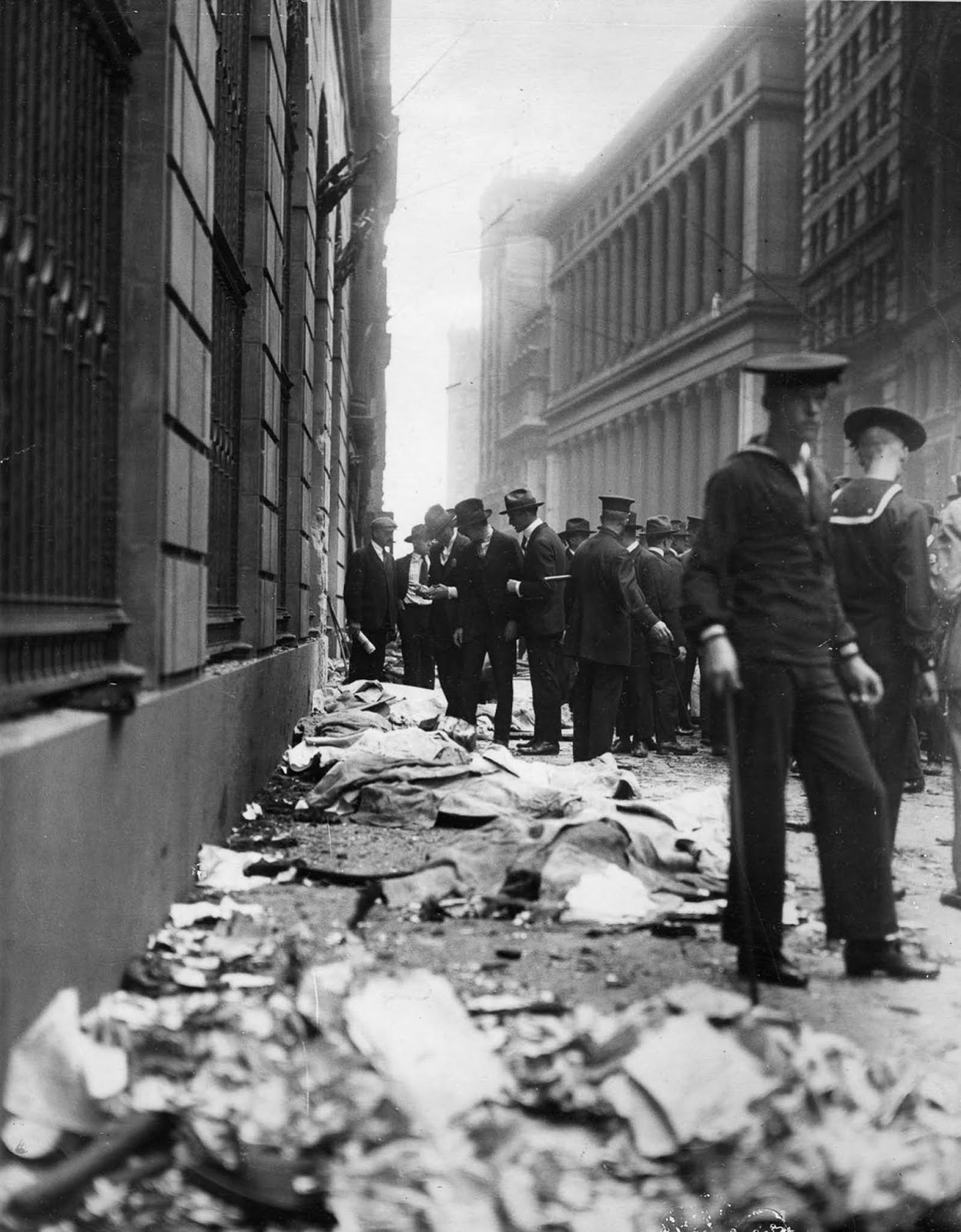 Often throughout the Gilded Age was radical ideology and violence used as a form of protest by groups to initiate change. 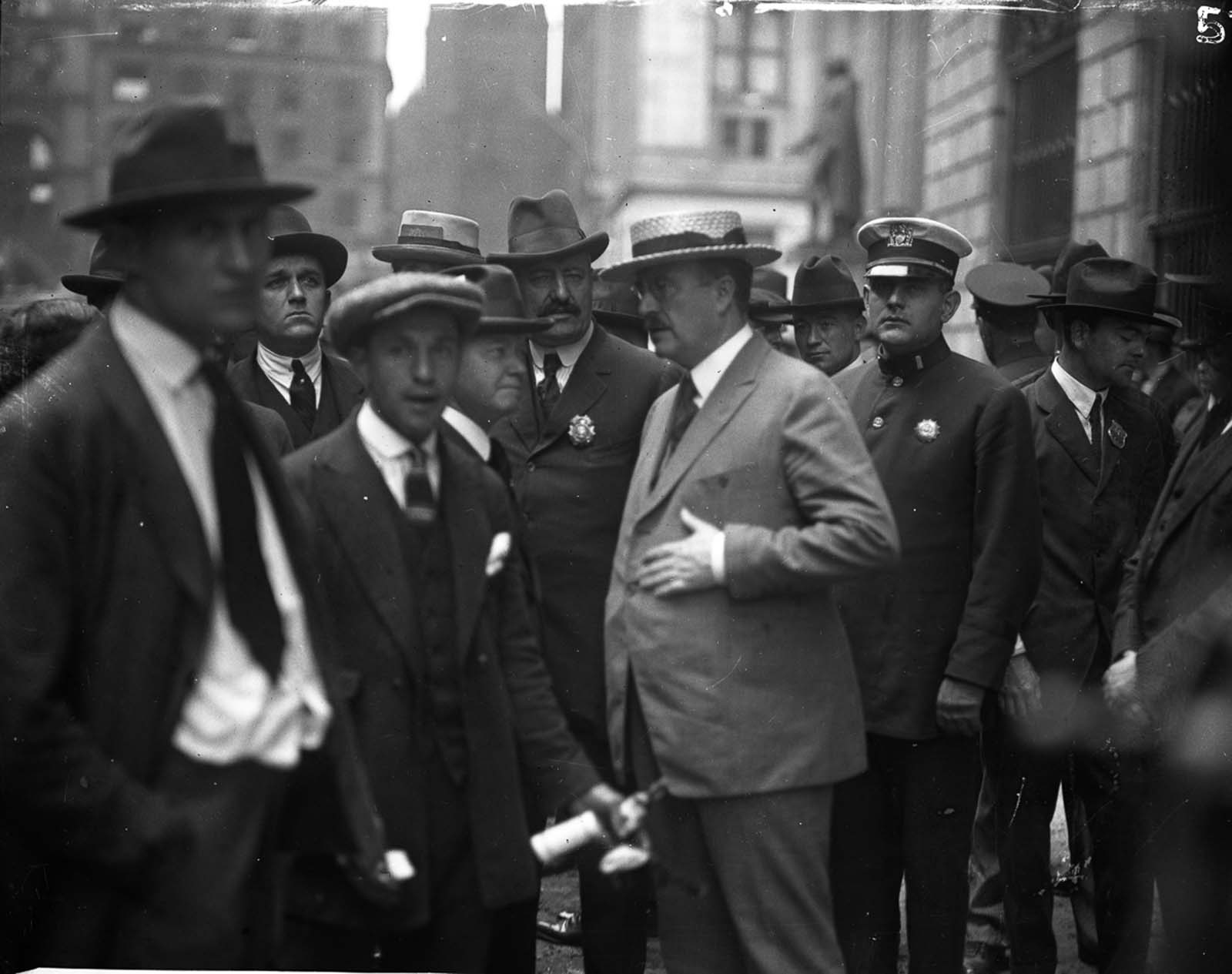 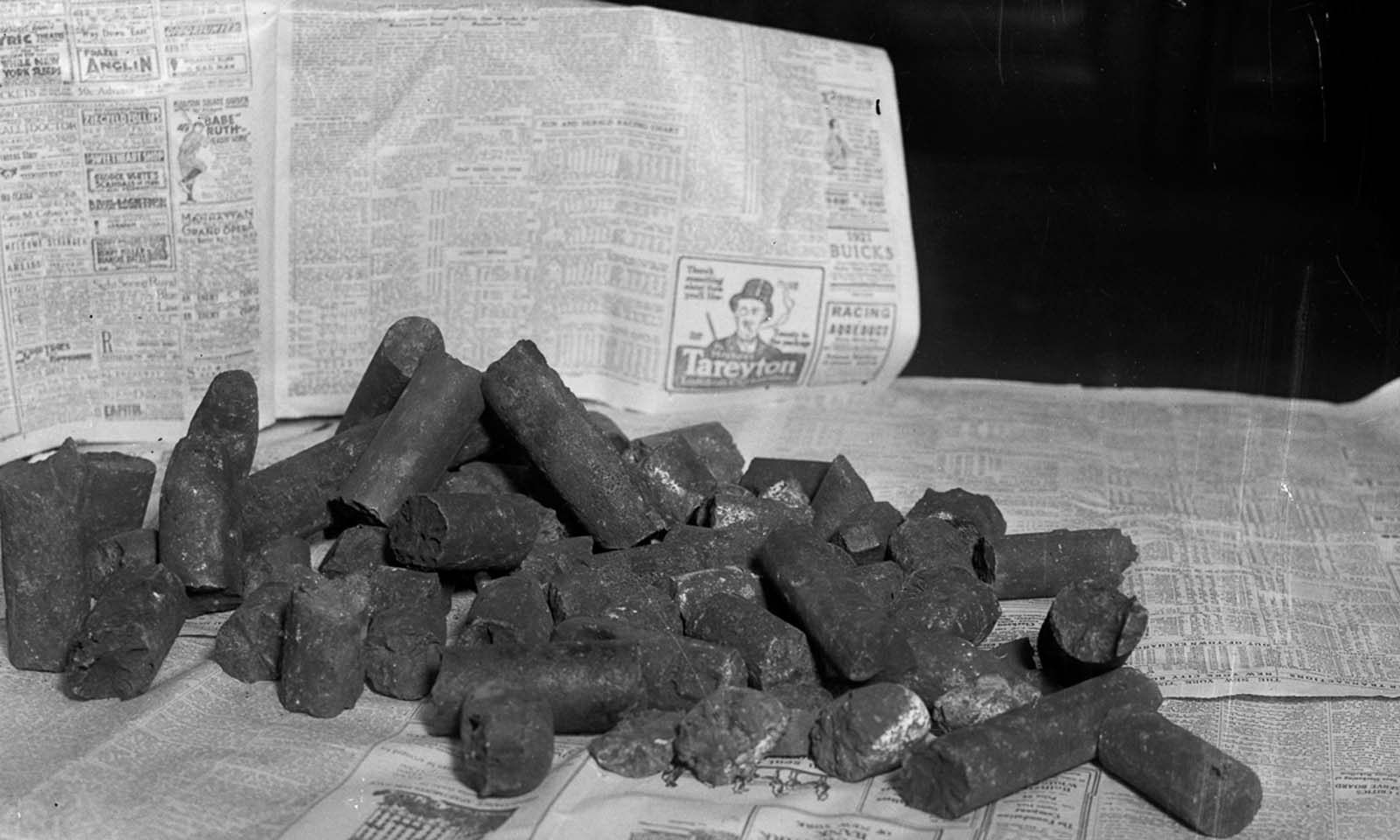 A collection of sash weights which were used as shrapnel for the bomb. 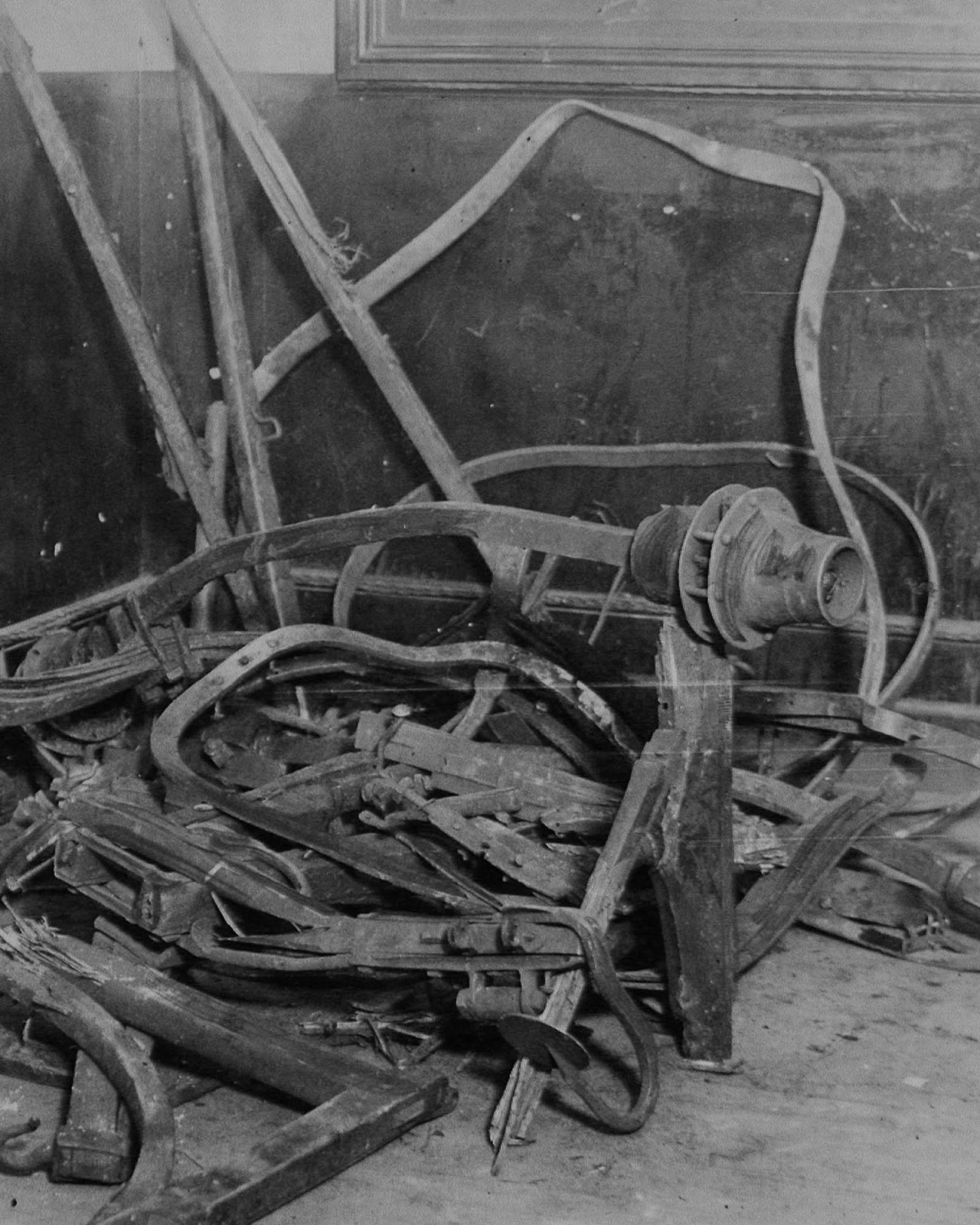 The remains of the wagon which held the bomb. 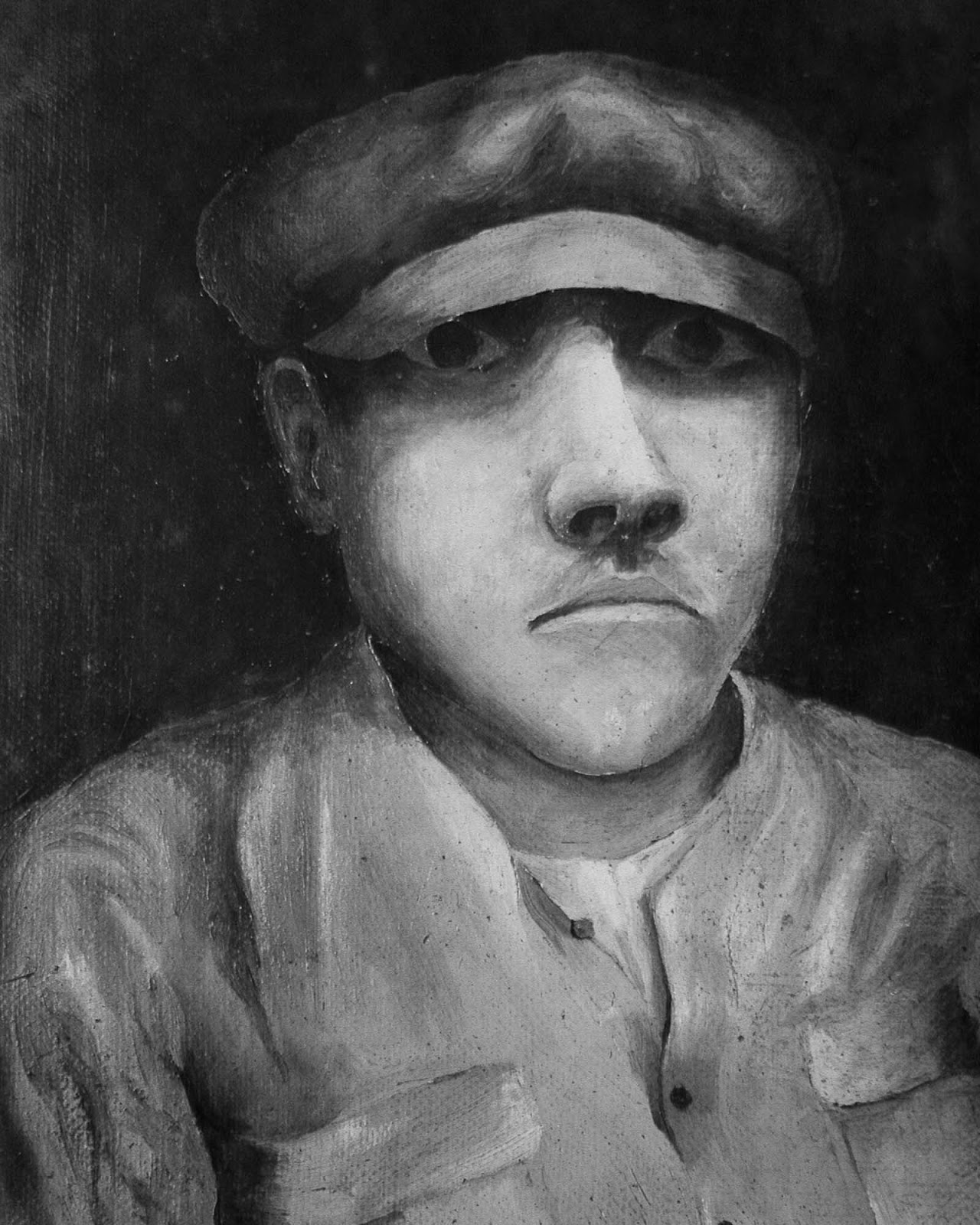 A police sketch of the suspected driver of the wagon. 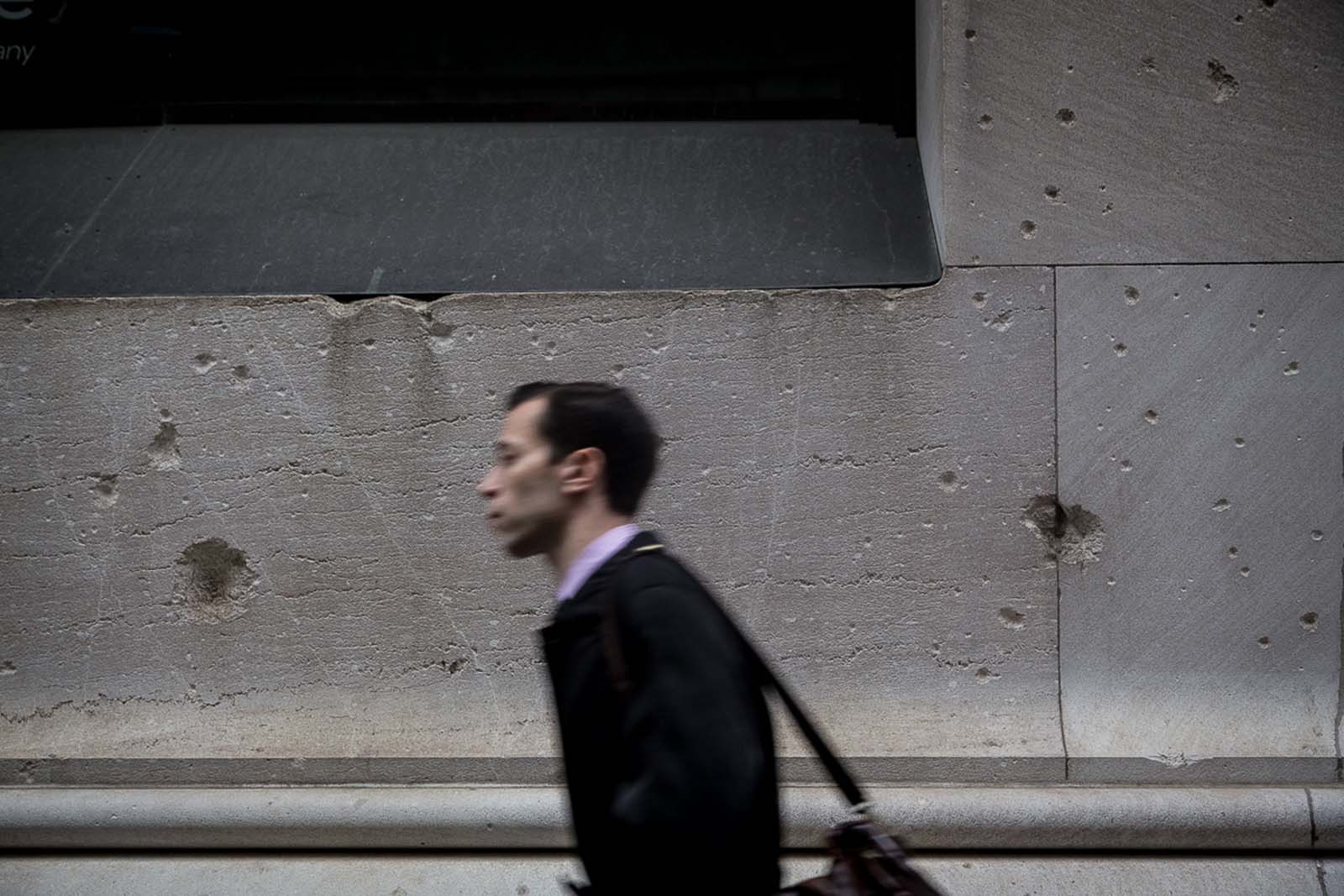 Shrapnel craters from the explosion still scar the facade of 23 Wall Street today. 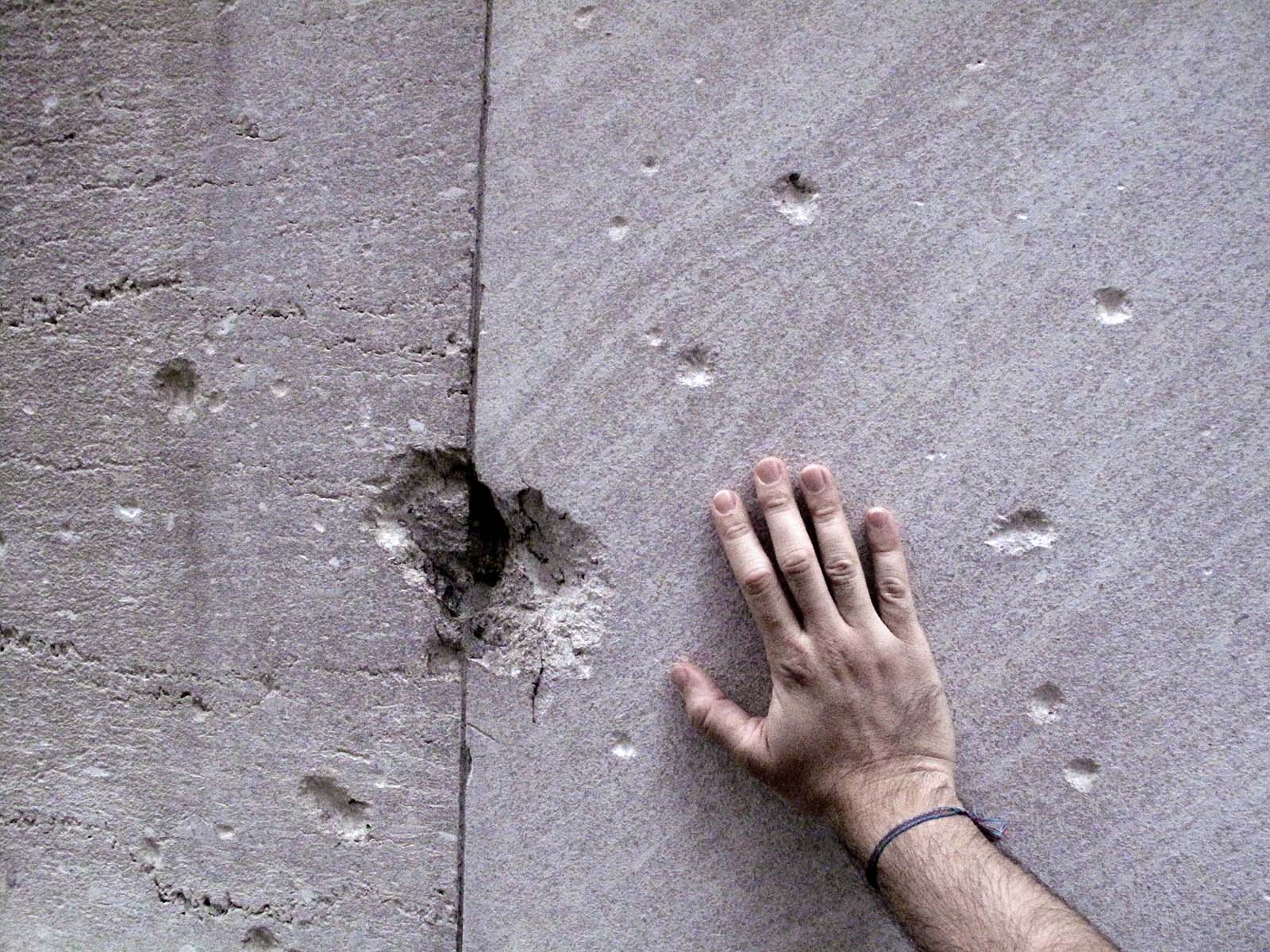 The facade was never repaired.