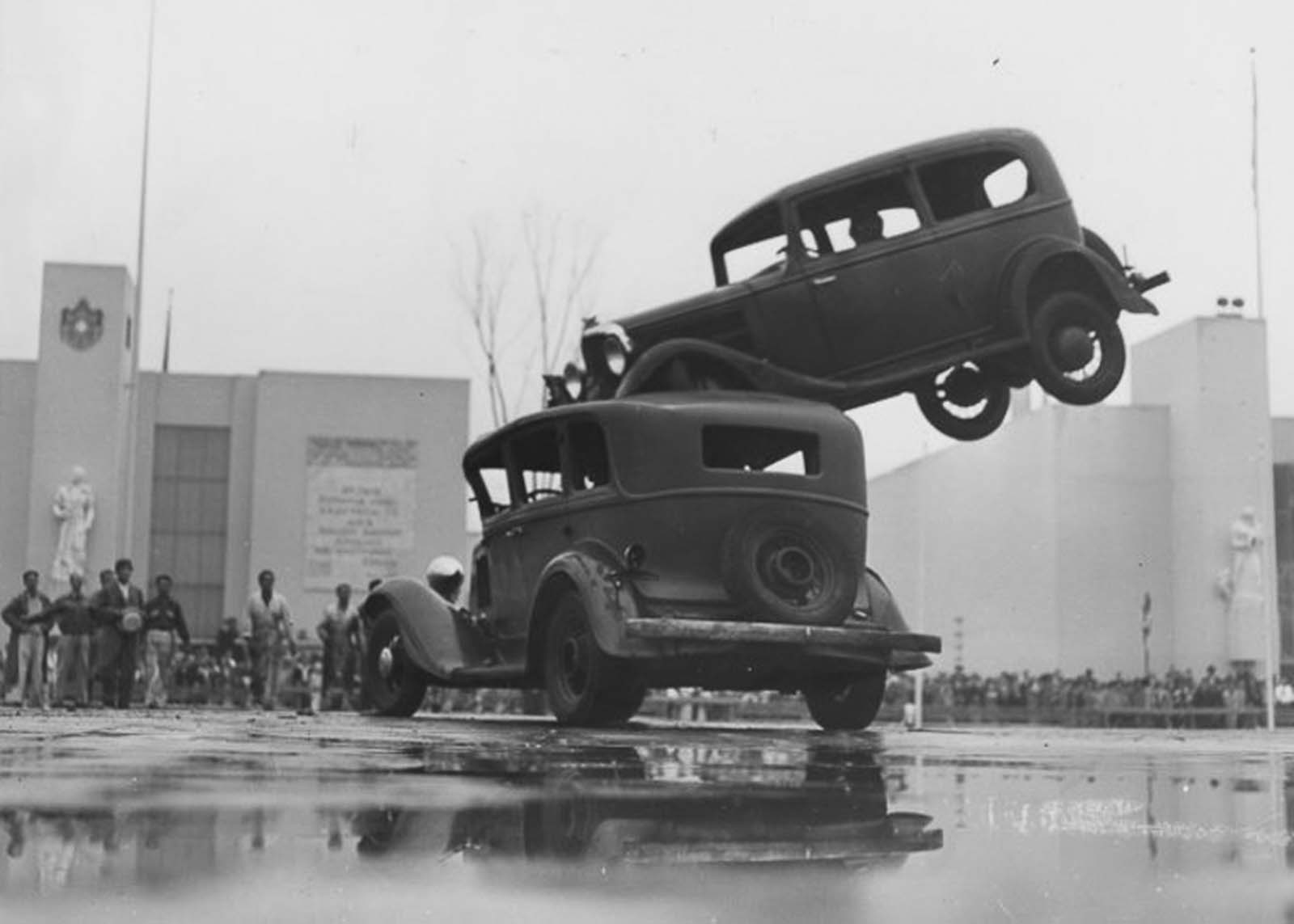 In the early 1930s, groups of eager thrill-seeking stunt drivers would perform stunning acts in front of an audience. They performed an array of stunts such as wrecking cars, driving the car through a firewall, ramp to ramp style stunts where the stunt driver hurtled over several cars or city buses.

One of these daredevils was Jimmie Lynch who traveled with his troupe throughout the United States to perform spectacular stunts in flimsy cars. They jumped over cars and trucks, smashed through flaming walls, and sent their vehicles tipping over on two wheels.

Lynch himself was famous for riding on the hood of a “horse car” which he steered with hydraulic cables. Though rollovers, crashes, and stunts were basic elements of daredevil thrill shows, Lynch also promoted automobile safety. He performed tests for the National Safety Council and educated the public on how and how not to drive.

Speaking of these dangerous stunts, here’s an ad that was posted in the Amherst Bee (a New York-based newspaper) on August 6th, 1931 that will give you an idea of what it took to be a part of the death dodgers:

Wanted: Single man, not over 25 years, to drive an automobile in a head-on collision with another car at the Albion Fairgrounds in connection with the Congress of Daredevils on August 19. Must crash with another car at 40 mph and give unconditional release in case of injury or death. Name your lowest price. Write B. Ward Beam, Albion, N.Y. Another famous stuntman was Earl “Lucky” who formed the Hell Drivers troupe and traveled throughout the country performing their dangerous tricks.

Though his career was tragically cut short when his car failed to jump two Greyhound buses, Teter was the first person to coin the name “Hell Drivers” which would go on to be used by many other groups of adventurous automobile enthusiasts.

In this article, we’ve collected various vintage photographs from the time when daredevils would entertain crowds crashing cars and going through firewalls. 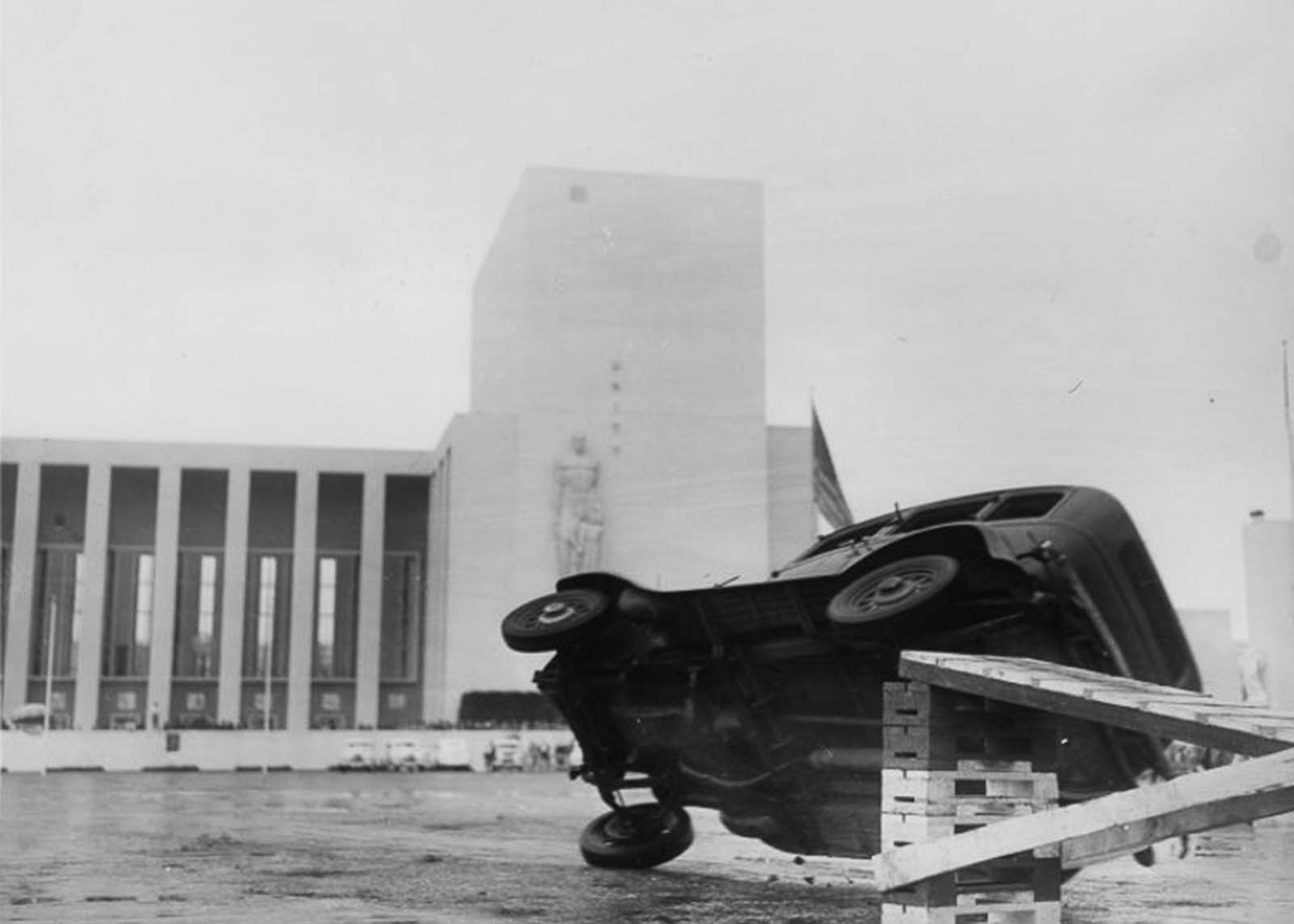 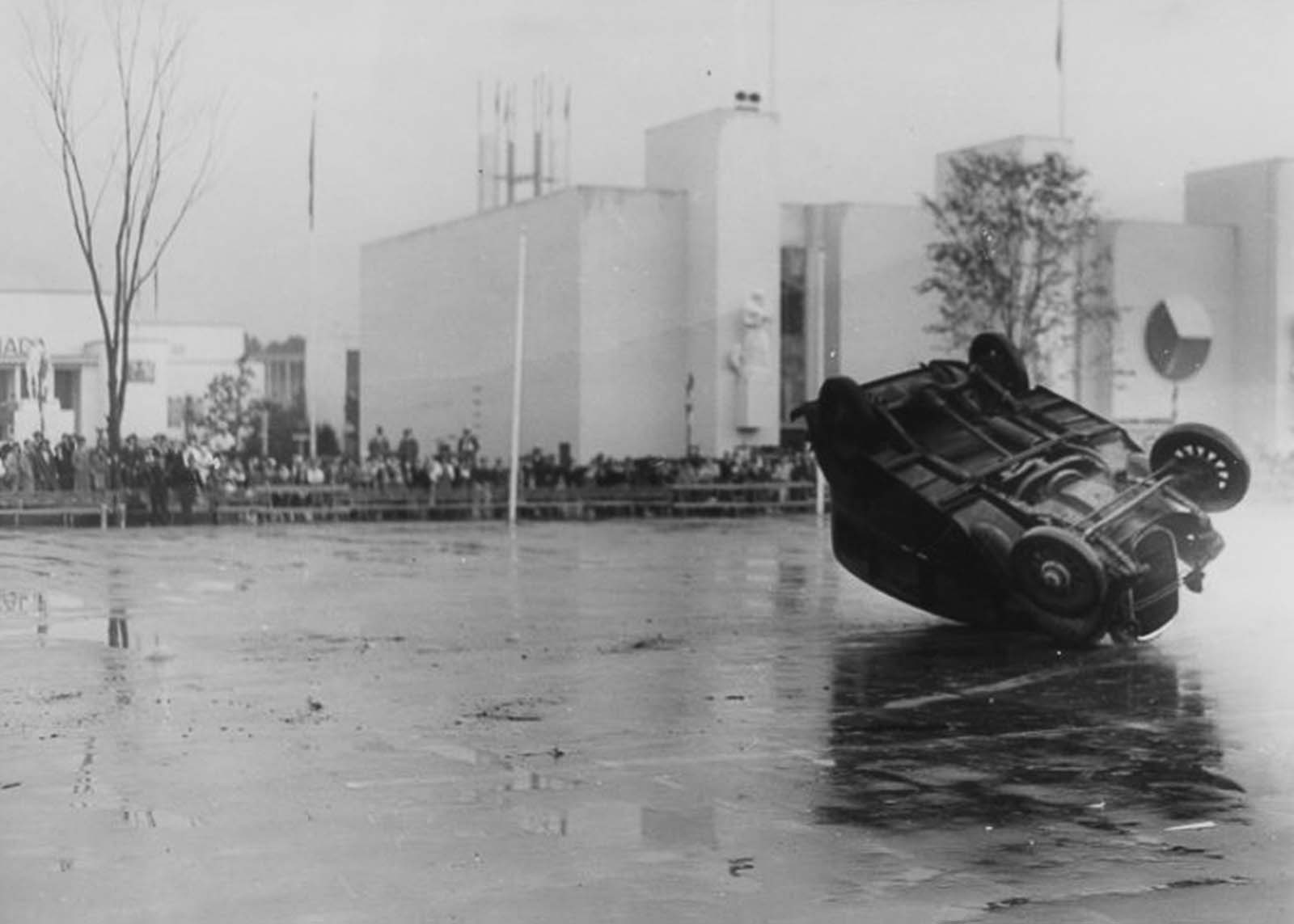 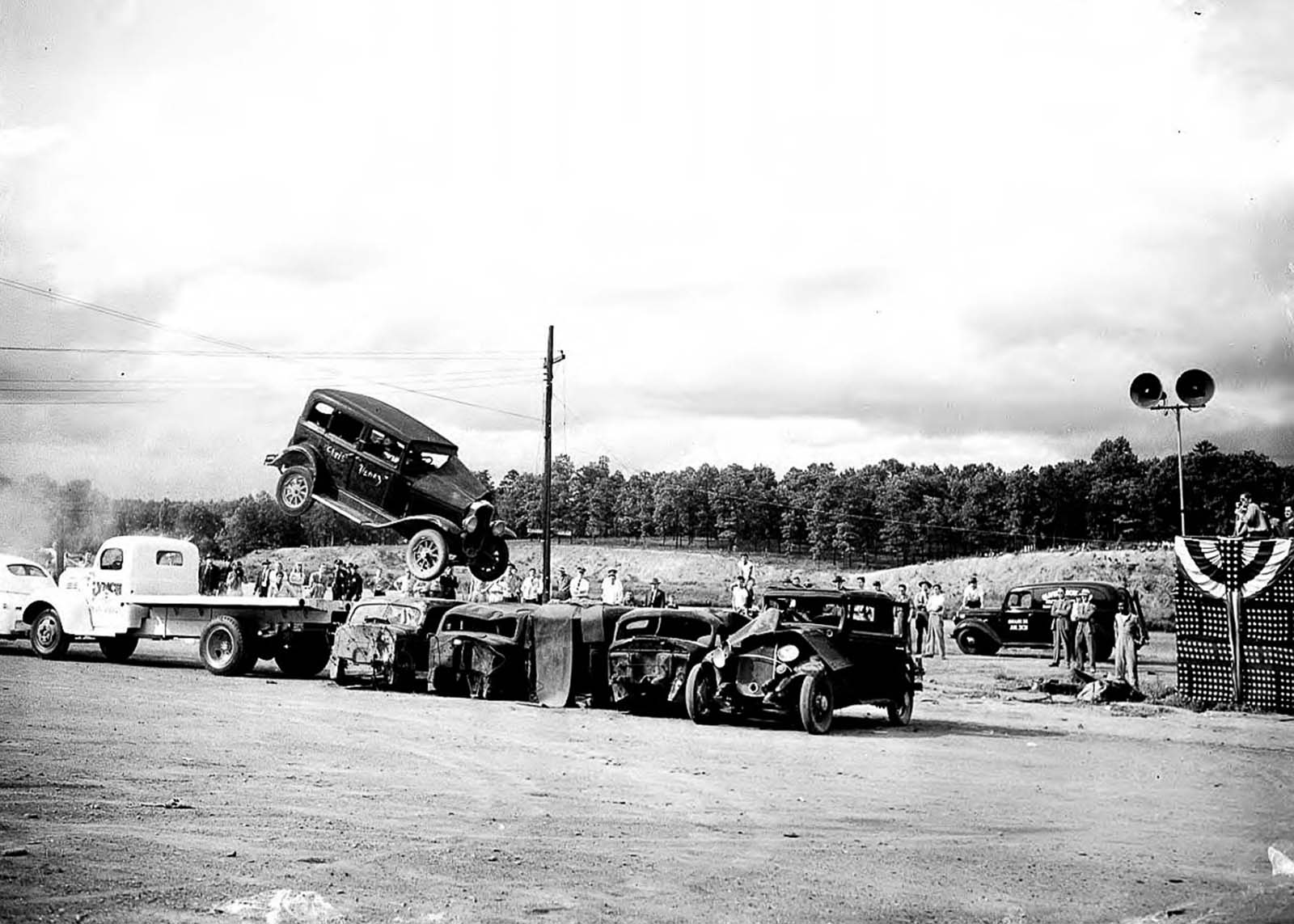 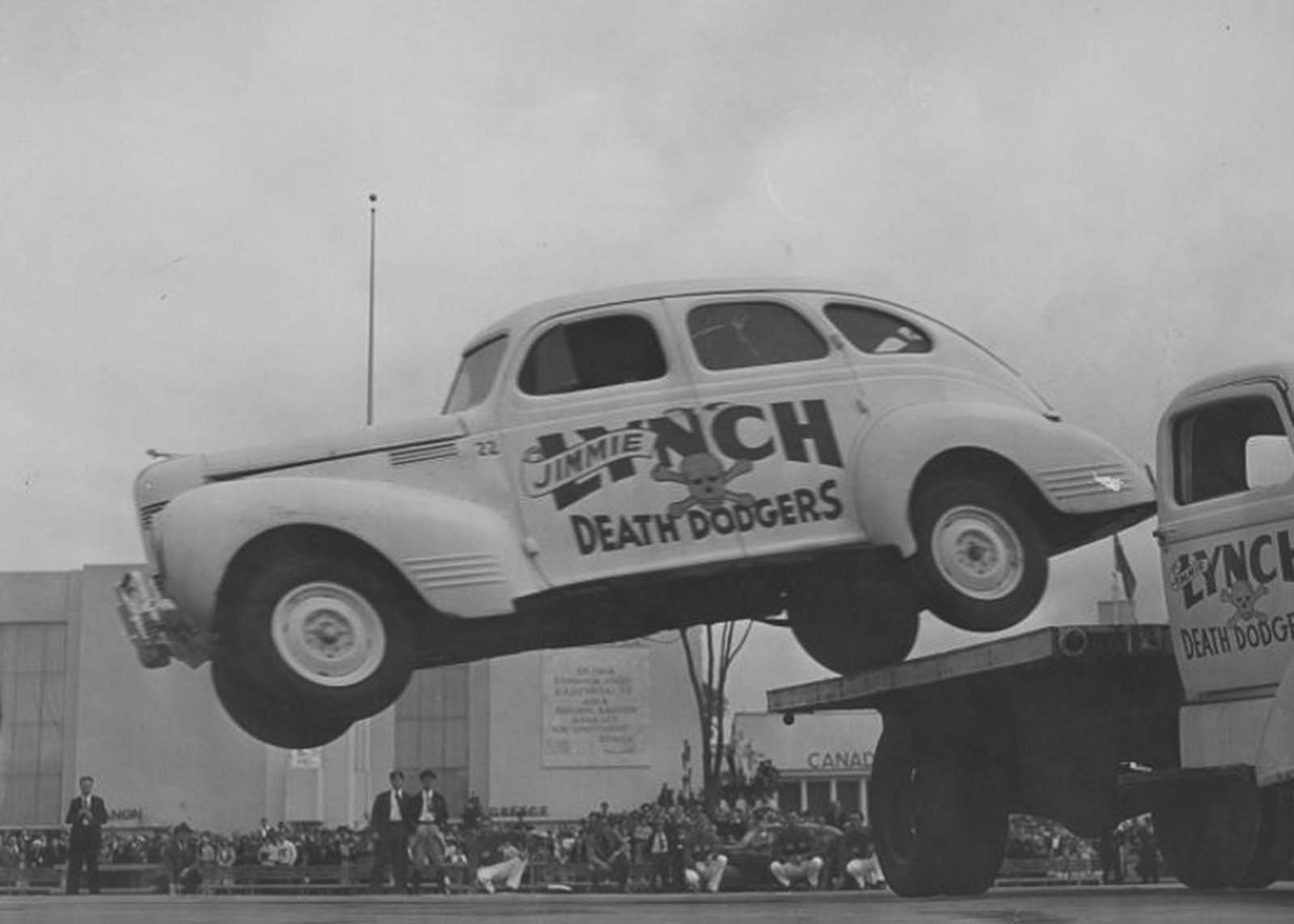 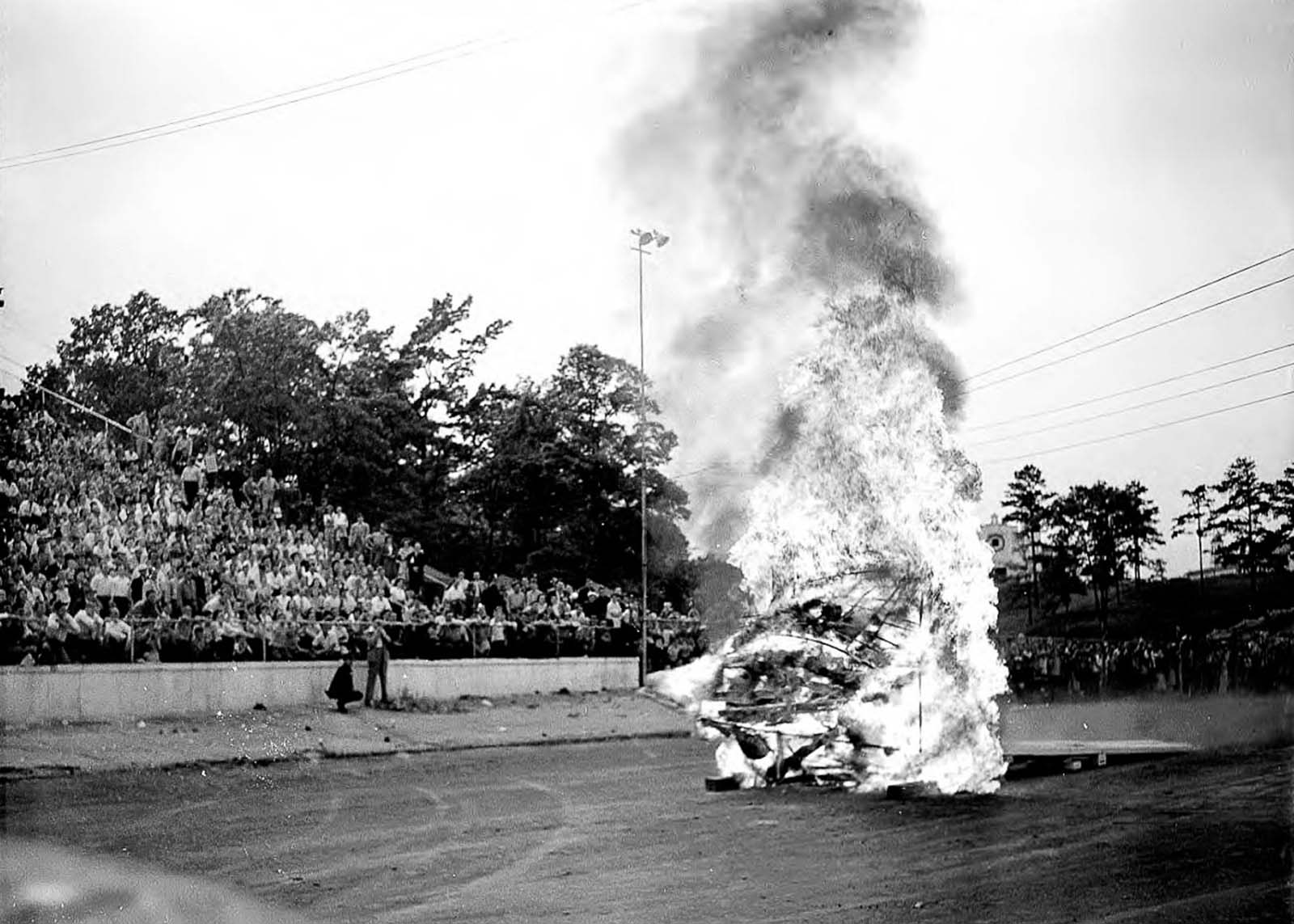 A Death Dodger drives a car through a burning wall. 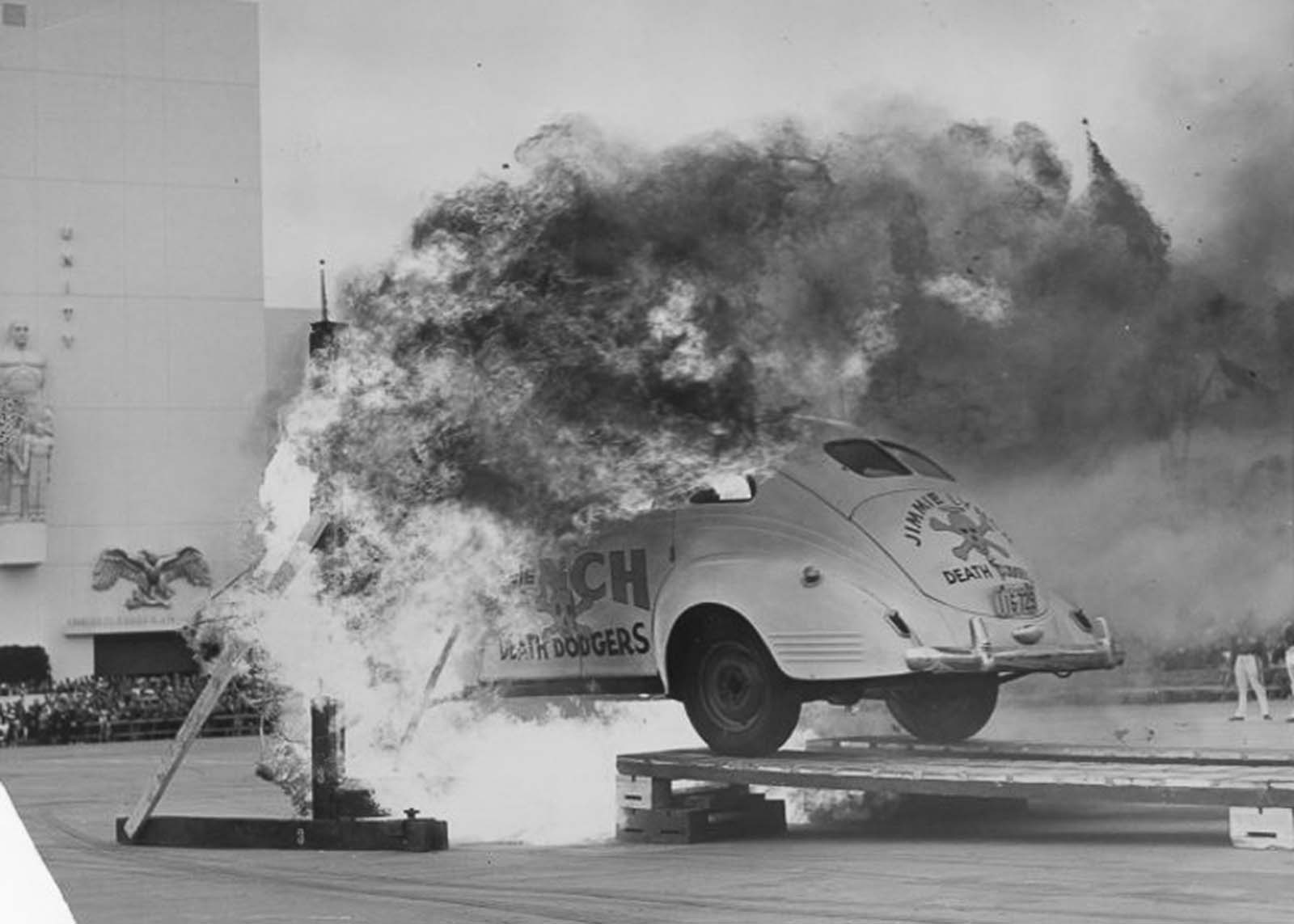 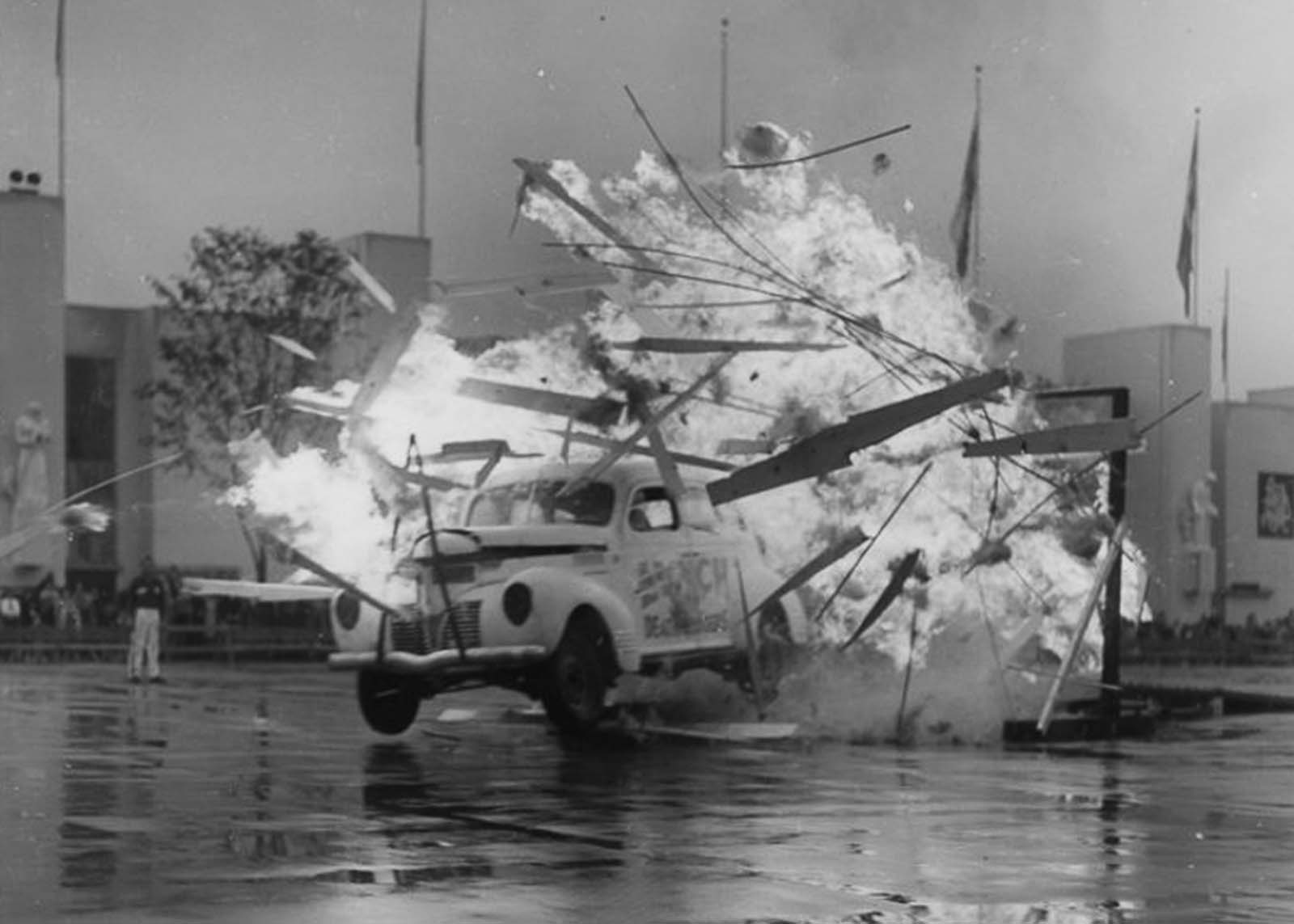 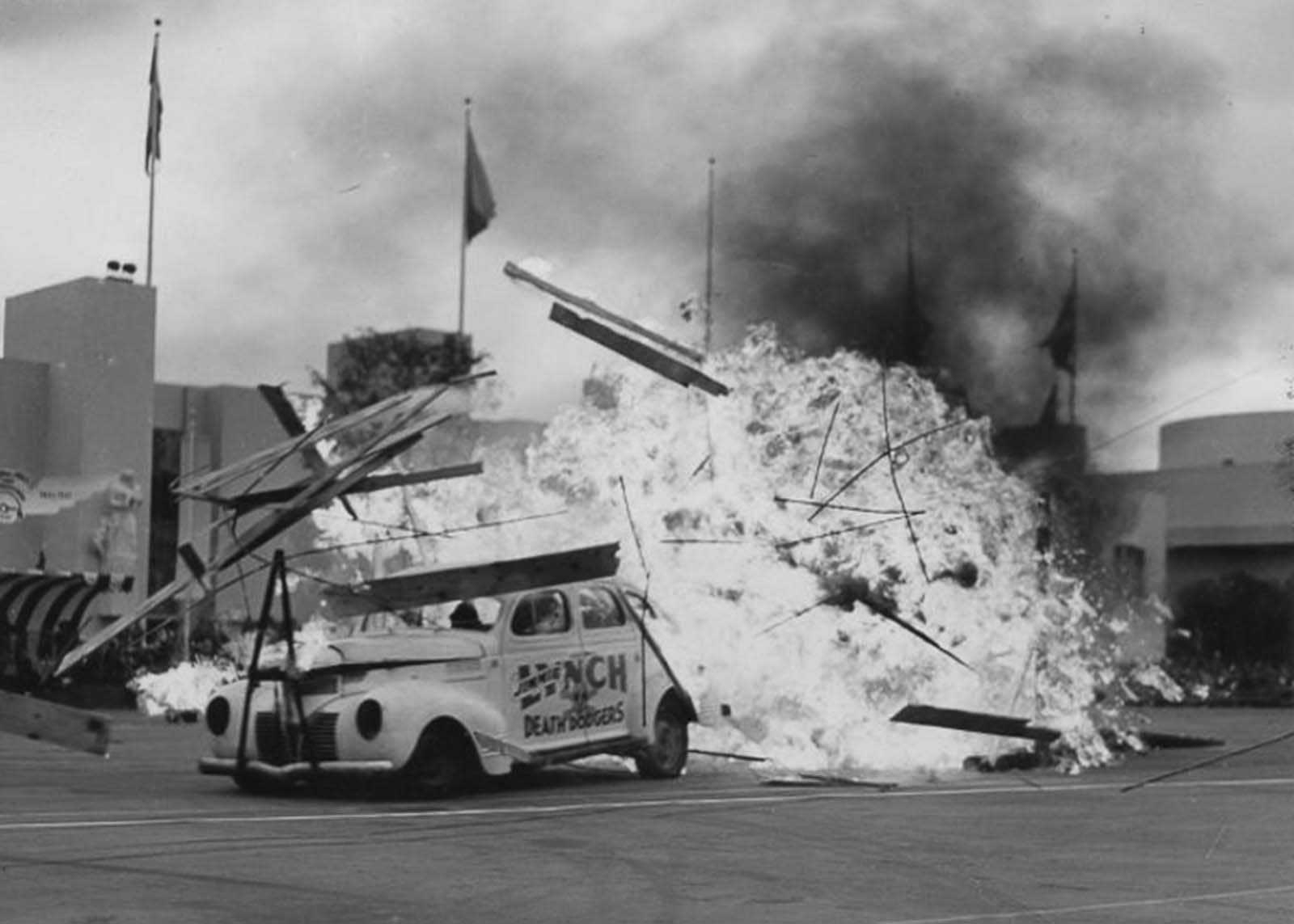 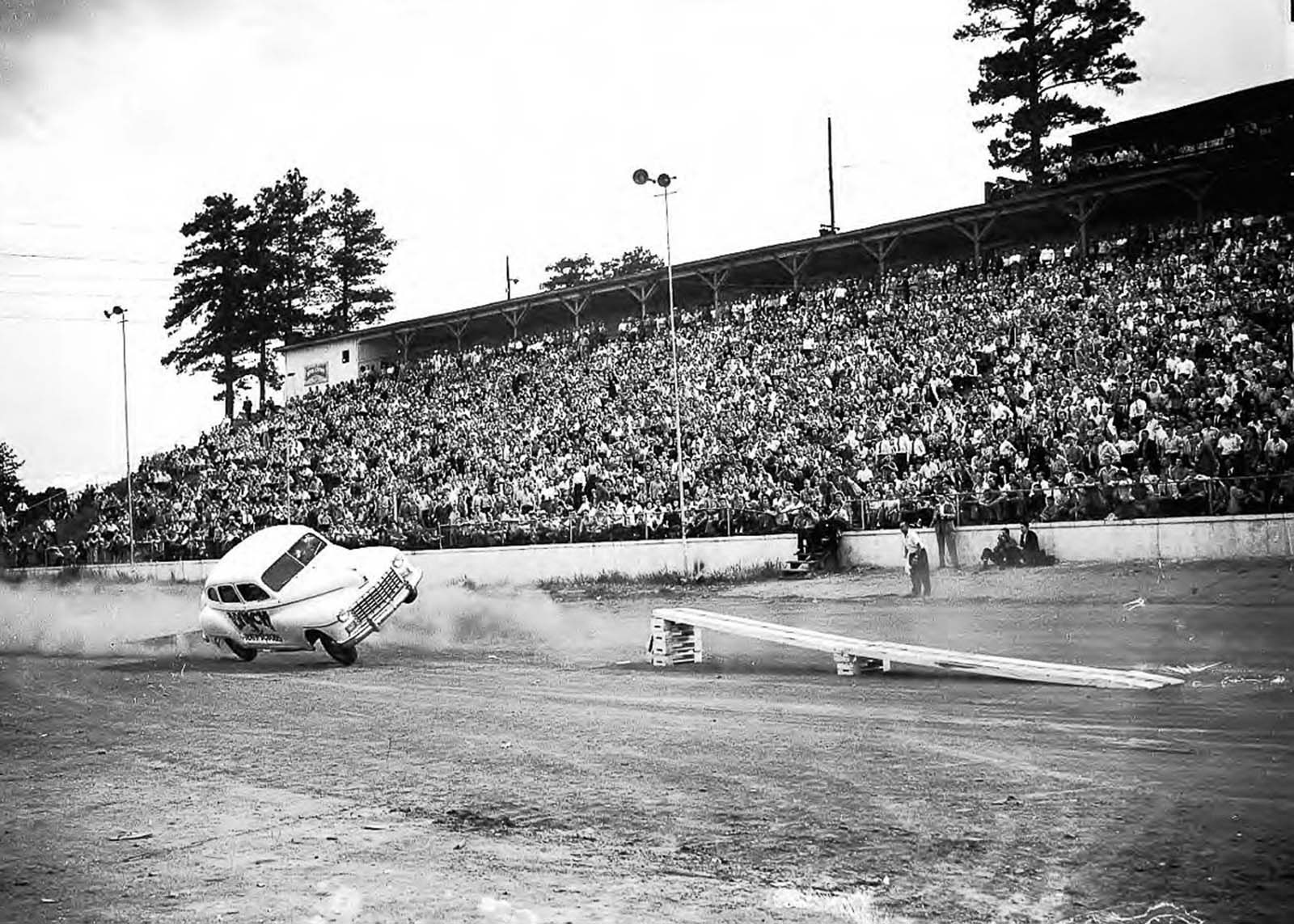 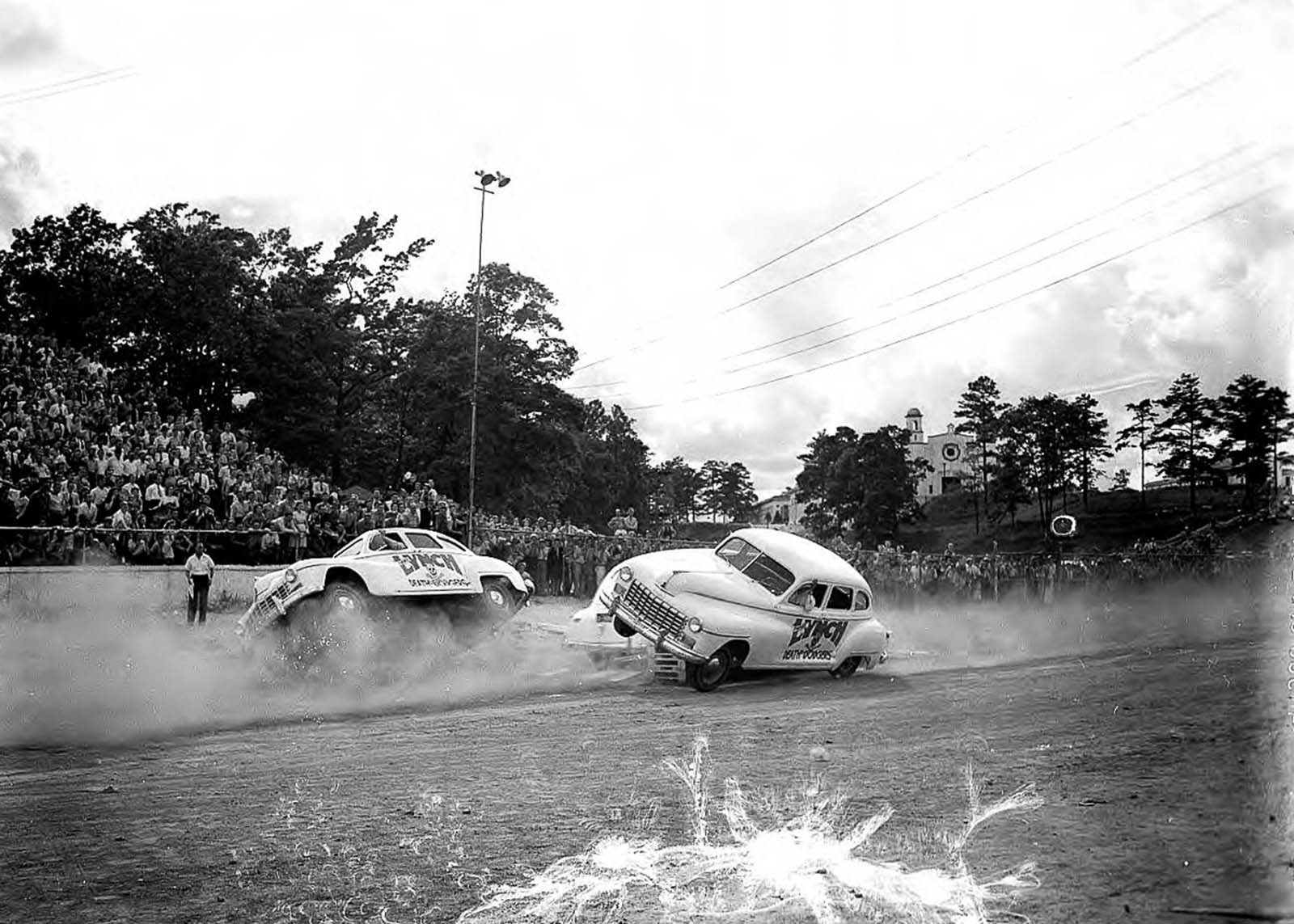 Two Death Dodgers drive over a ramp to go up on two wheels. 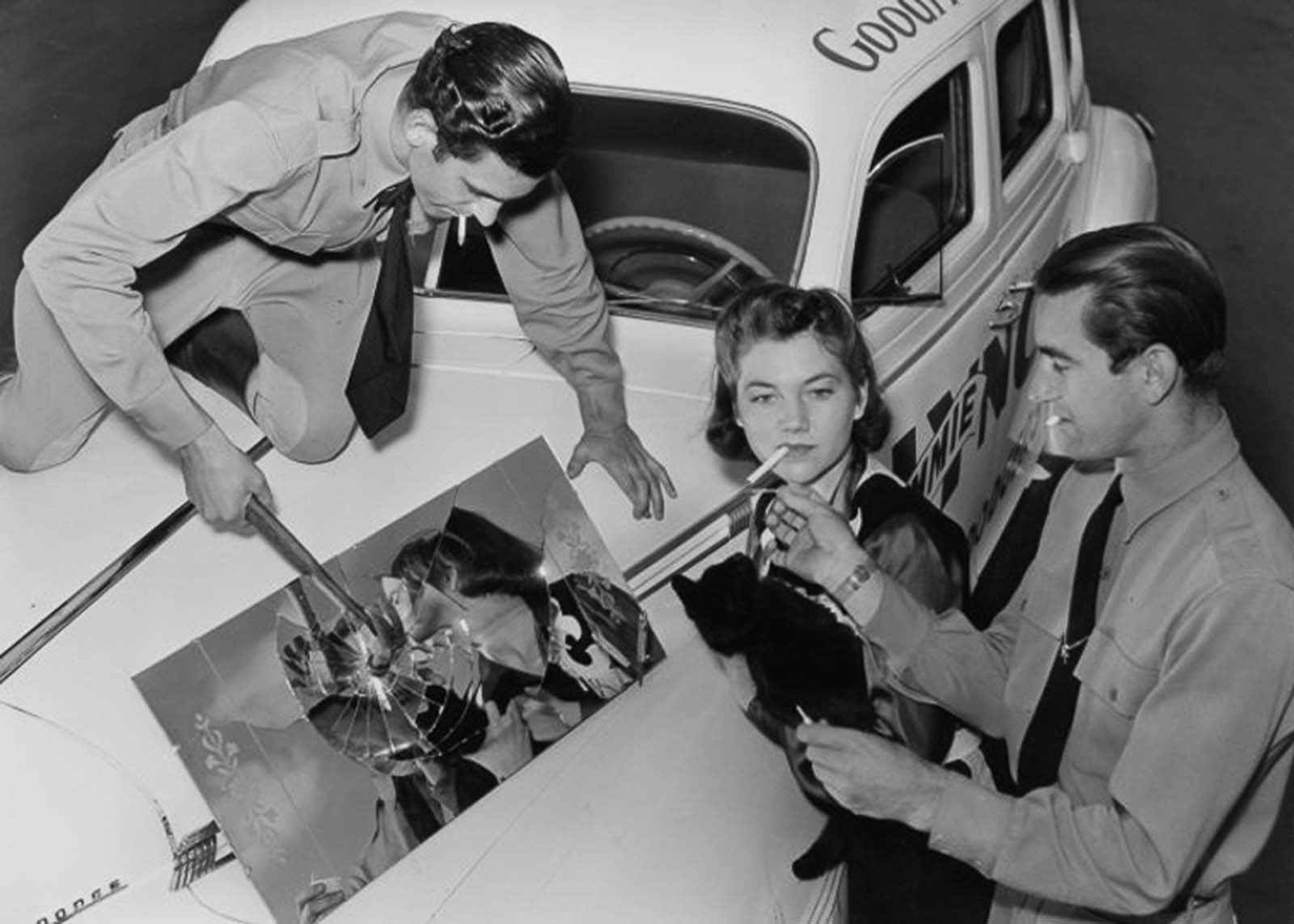 Death Dodgers smash a mirror to prove they do not rely on good luck. 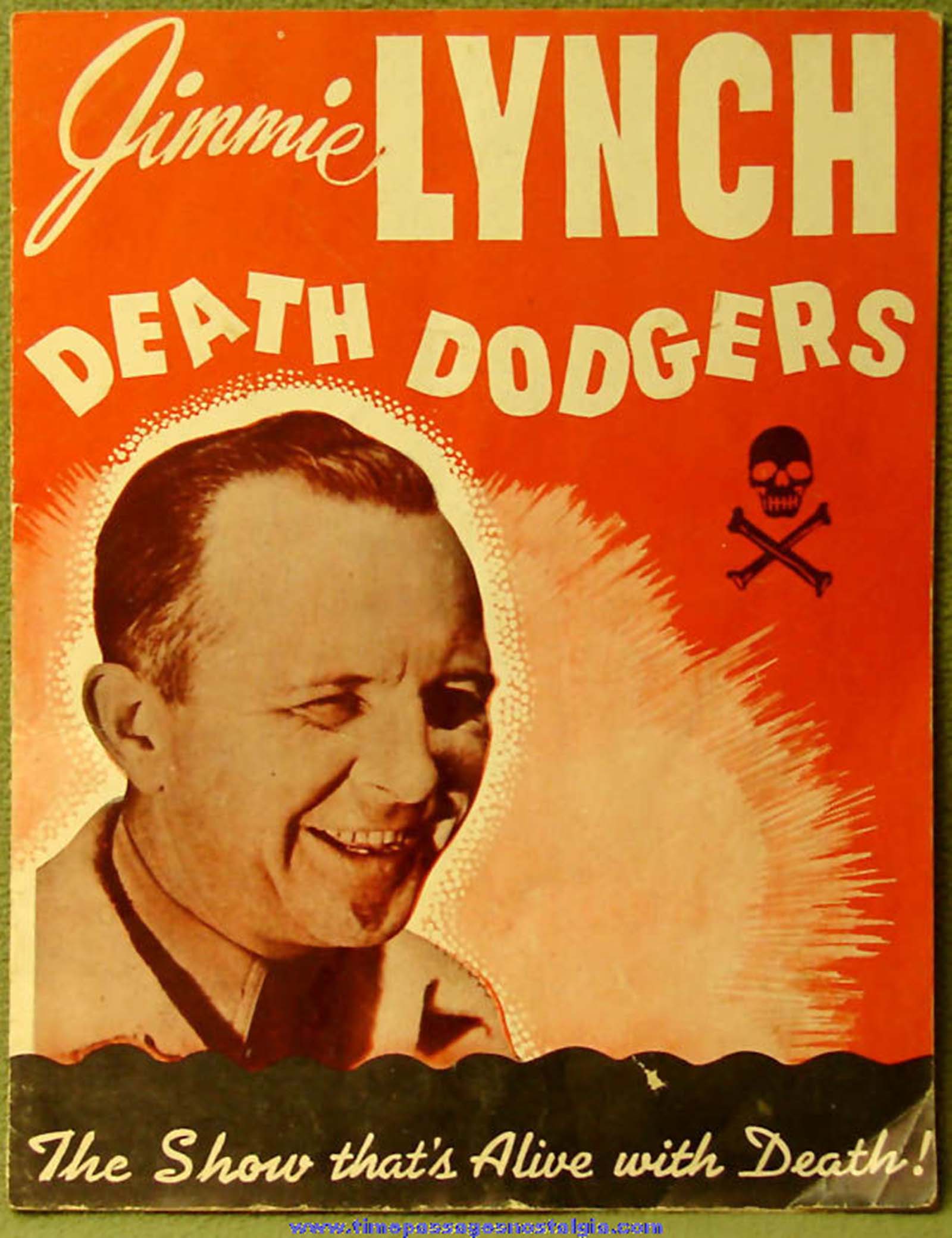 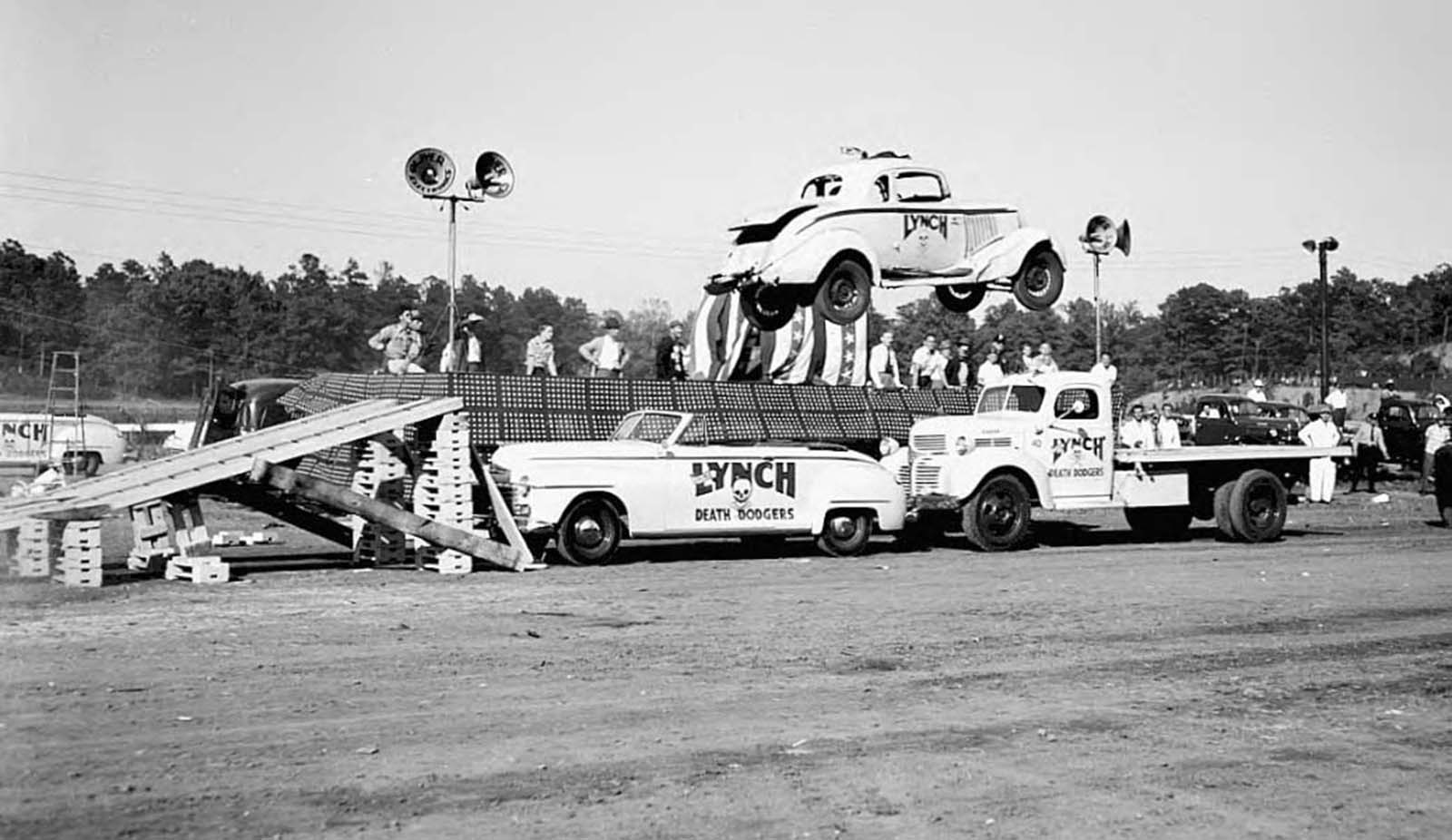 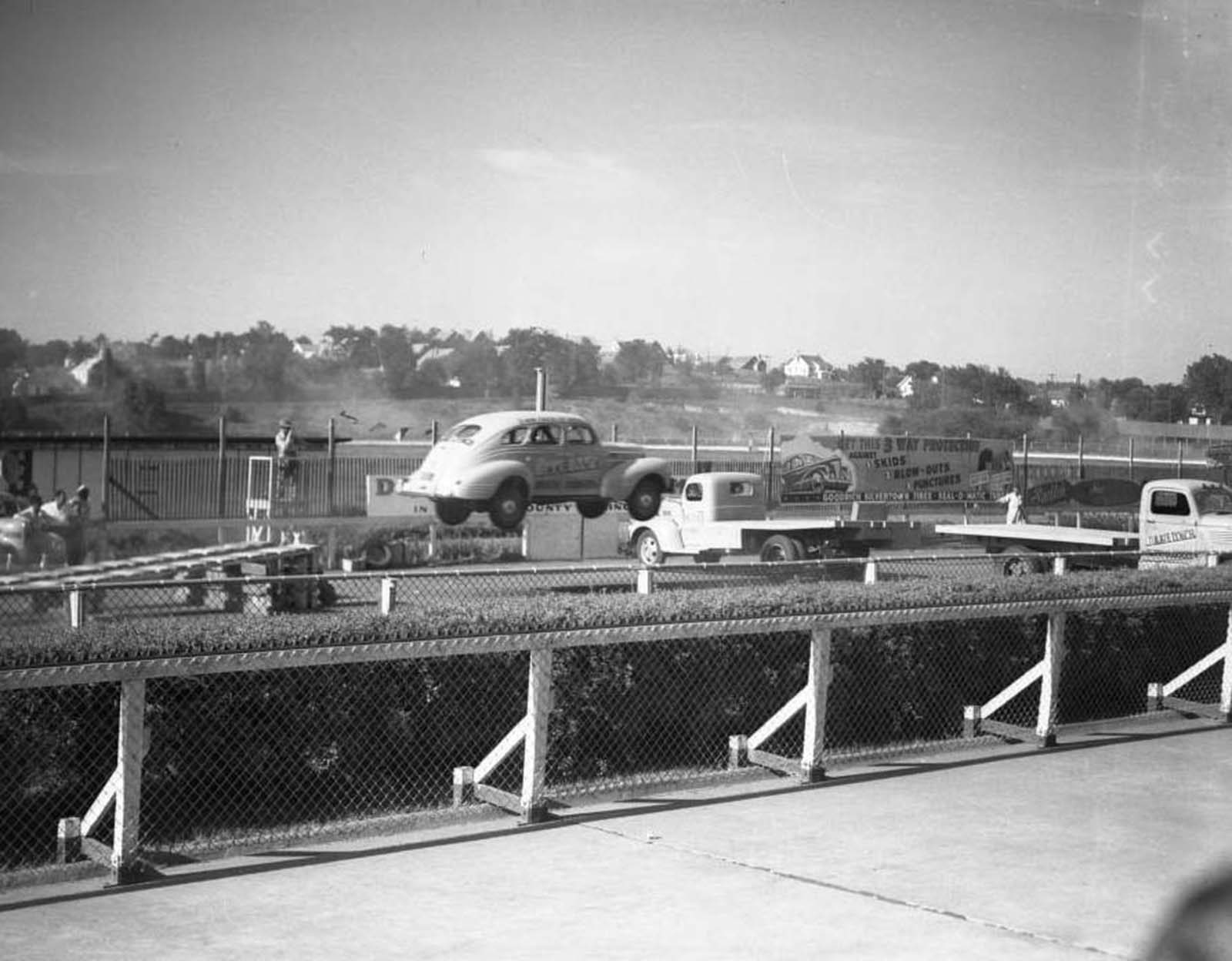 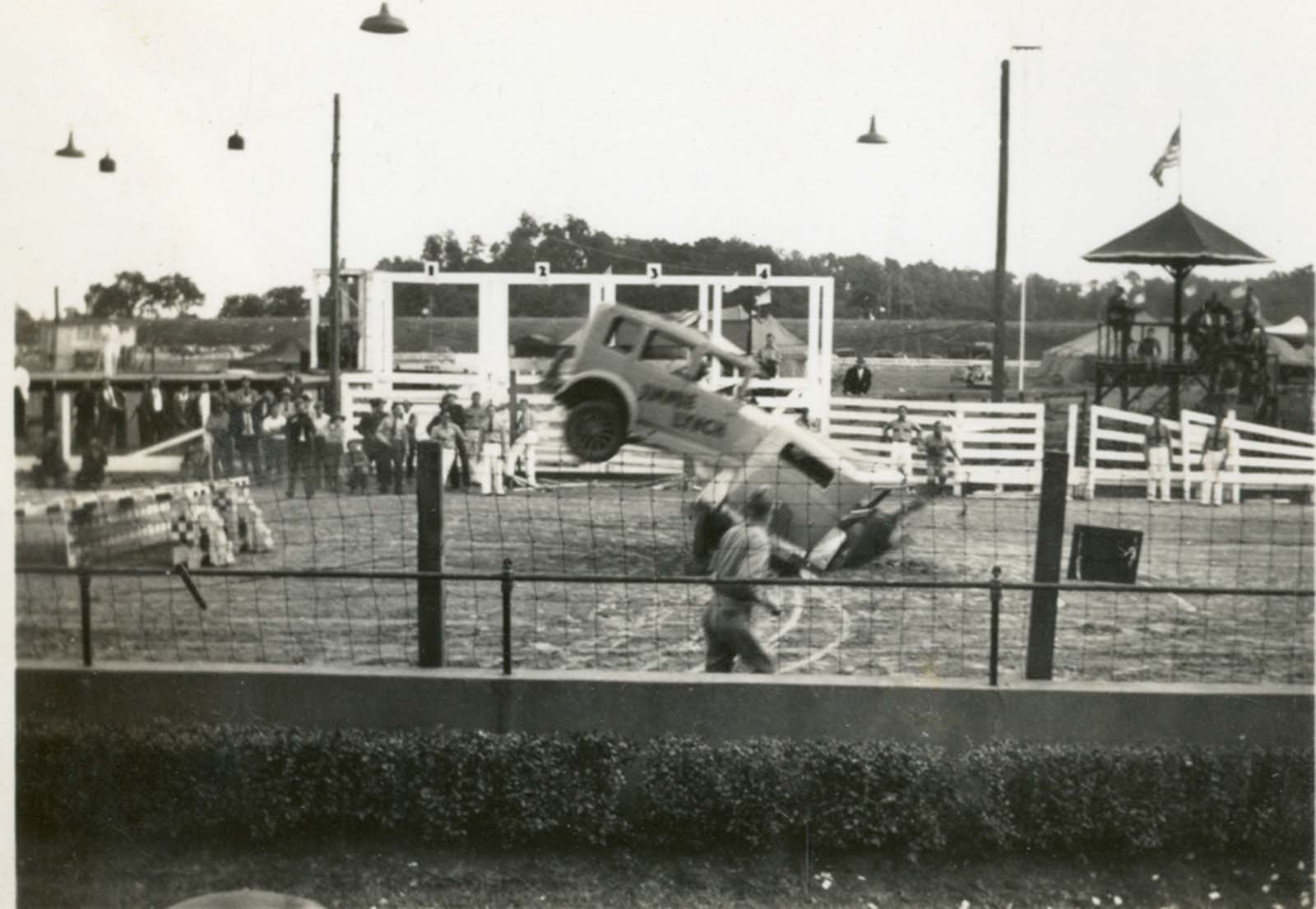 A jumping car fails to clear another car parked in front of it and crashes into it at the Rutland Fairgrounds. The car has lettering for “Jimmie Lynch” on the side. 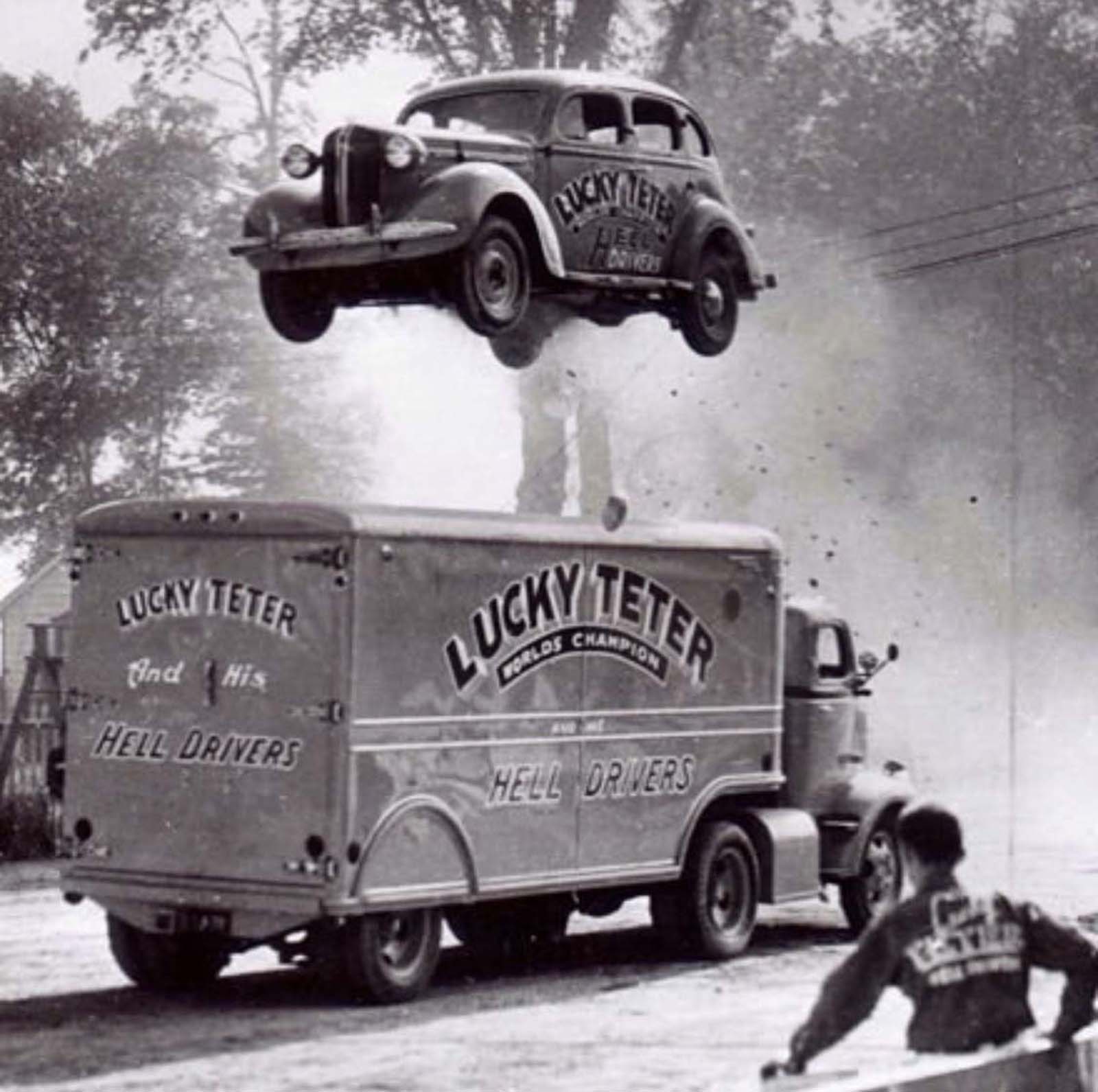 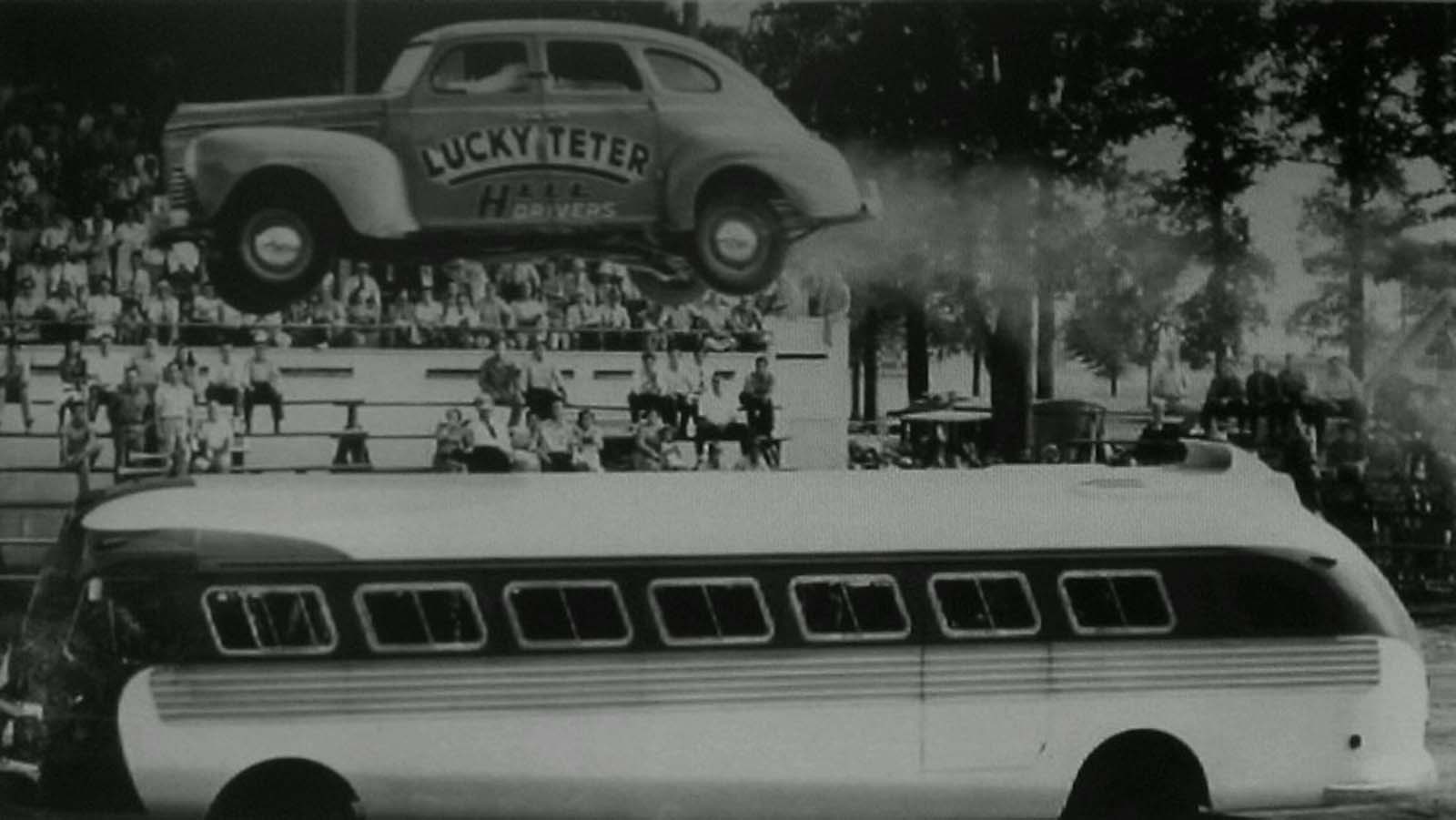 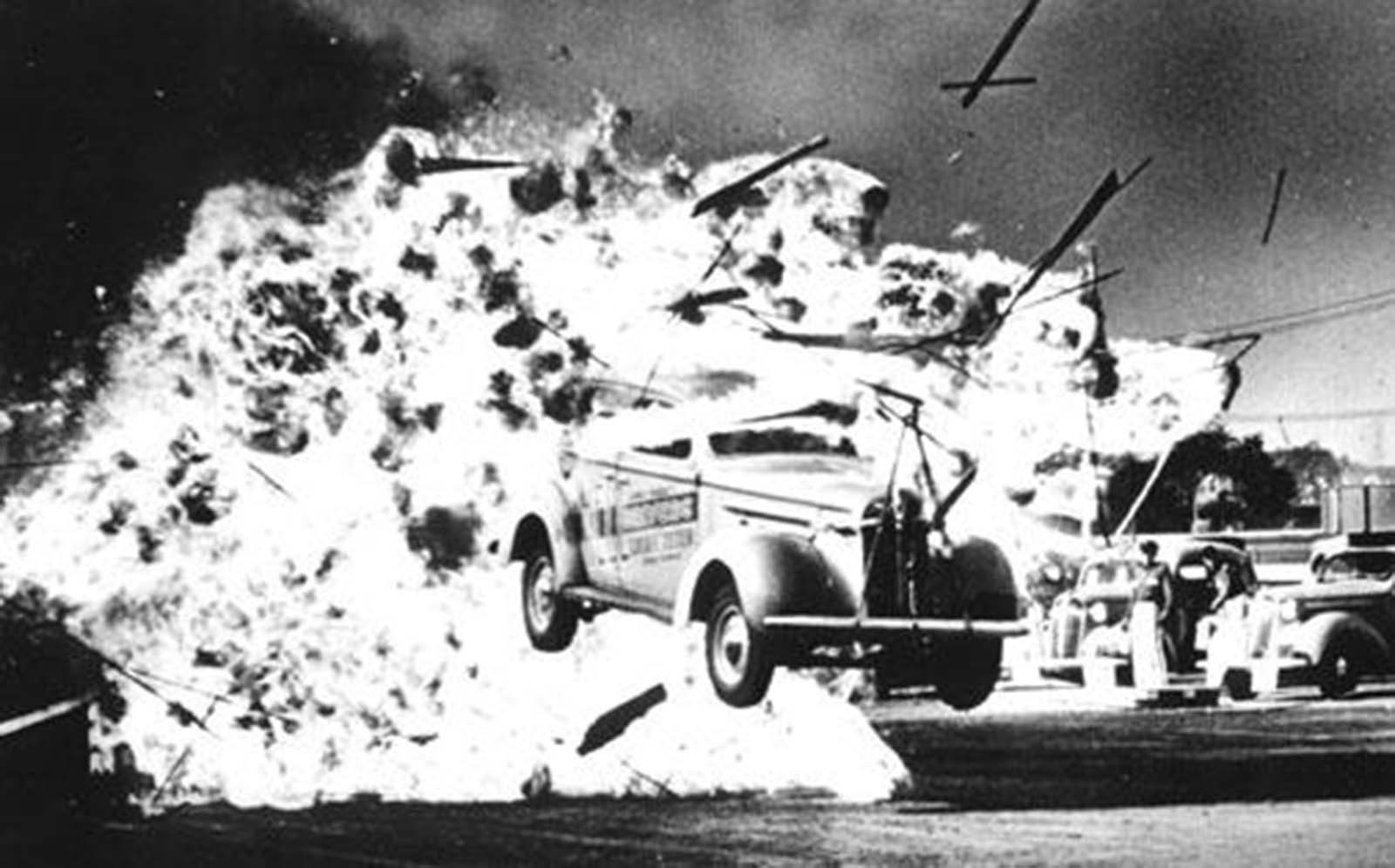 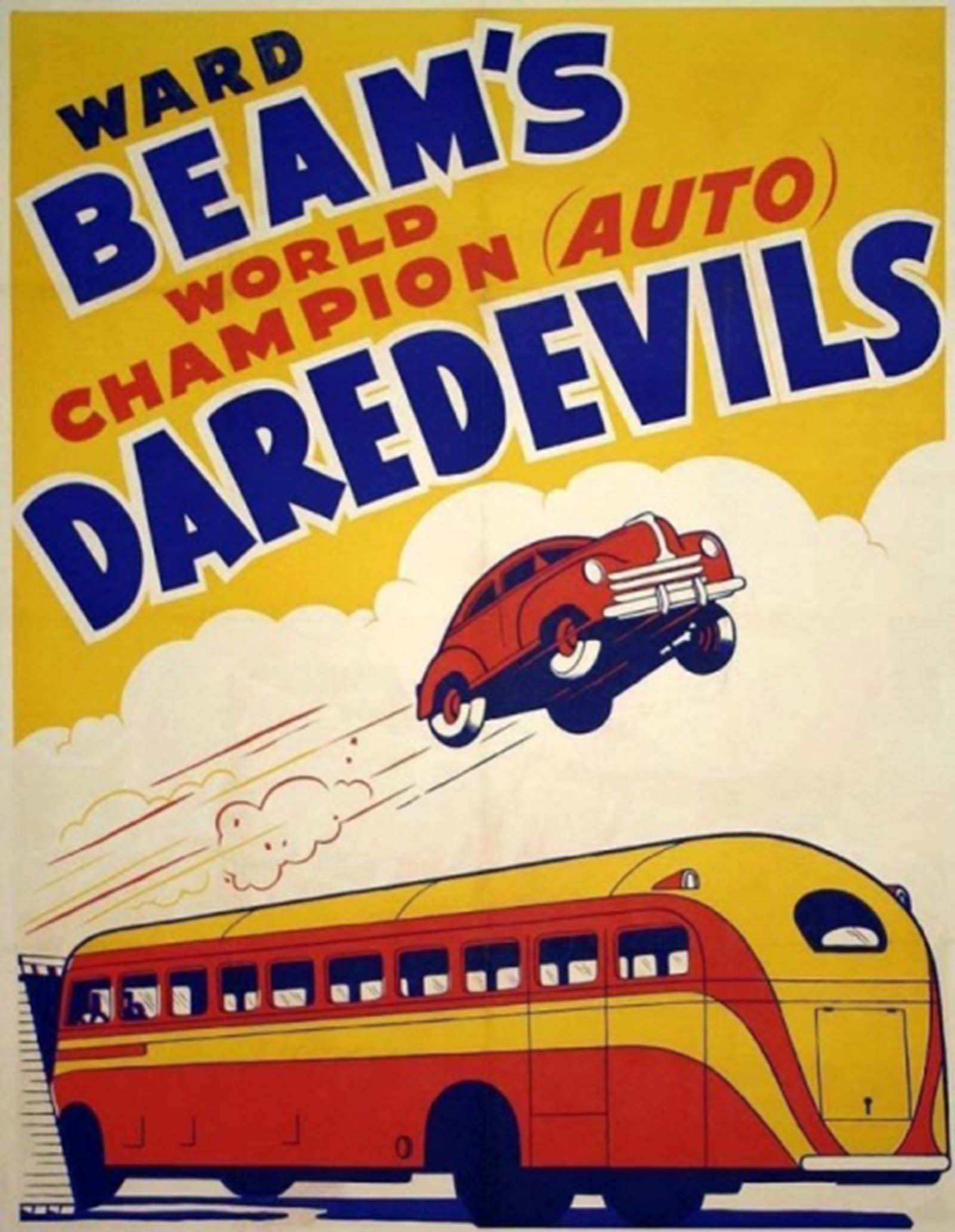 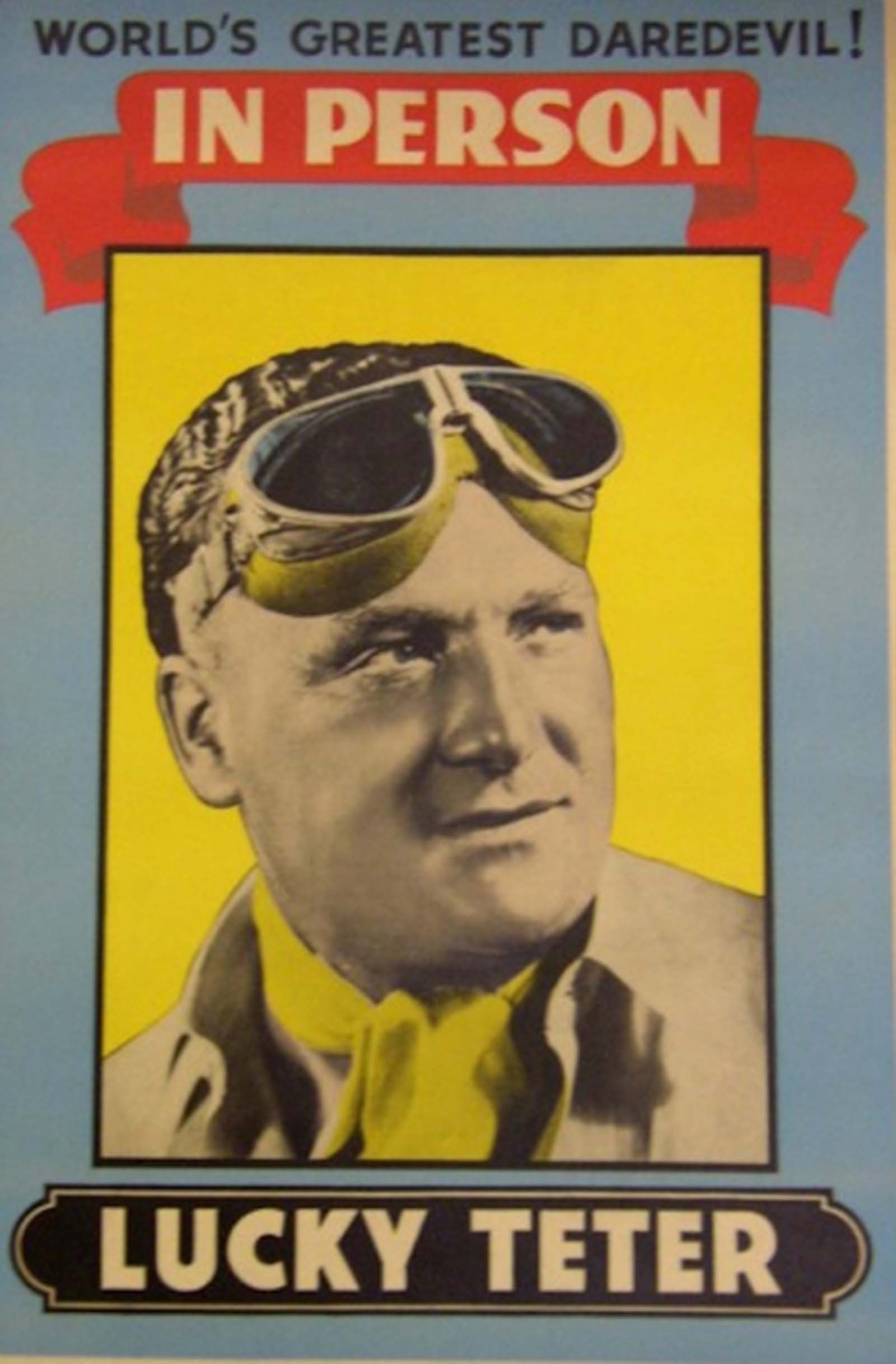