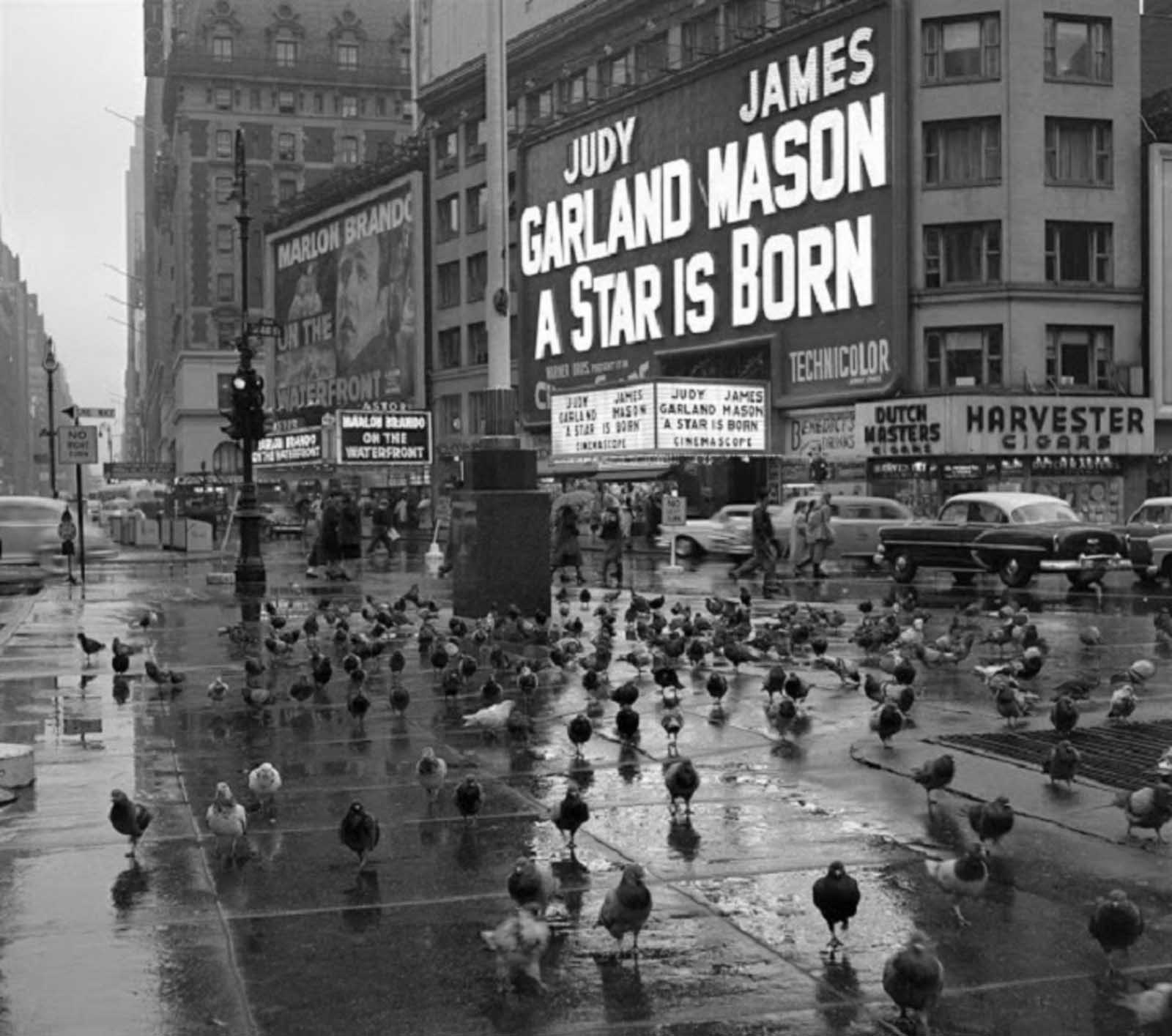 Pigeons gather in Times Square on a rainy day in 1954 in front of the marquee for “A star is Born” starring Judy Garland.

These vintage photographs capture a timeless energy and diversity that is characteristic of the sleepless streets of New York City. The recently discovered antique portraits showcase the city in the midst of the 1950s, as seen through the Rolleiflex lens of the undiscovered photographer Frank Larson.

While digging through his aunt’s attic, where Larson stowed away his images in 1964, the photographer’s grandson found this remarkable collection of street scenes that give a candid glimpse into the history of the big city.

In the 1950’s, Larson worked as an auditor in Queens and had a great knack for capturing beautiful moments in everyday life. Known as the “family shutterbug”, photography was a creative outlet that provided relief from the stresses of his 9 to 5 banking job.

On the weekends, he would leave home early in the morning on expeditions to explore the city and photograph the life he saw, from Chinatown to Central Park.

Throughout his lifetime, his talent was hardly recognized other than at a few local amateur competitions. After Larson passed away, due to a stroke, his images laid dormant, lost for nearly 50 years.

Now having resurfaced, Larson’s extensive collection of thousands of black and white pieces are in the care of the Queens Museum of Art and are receiving the recognition they deserve. 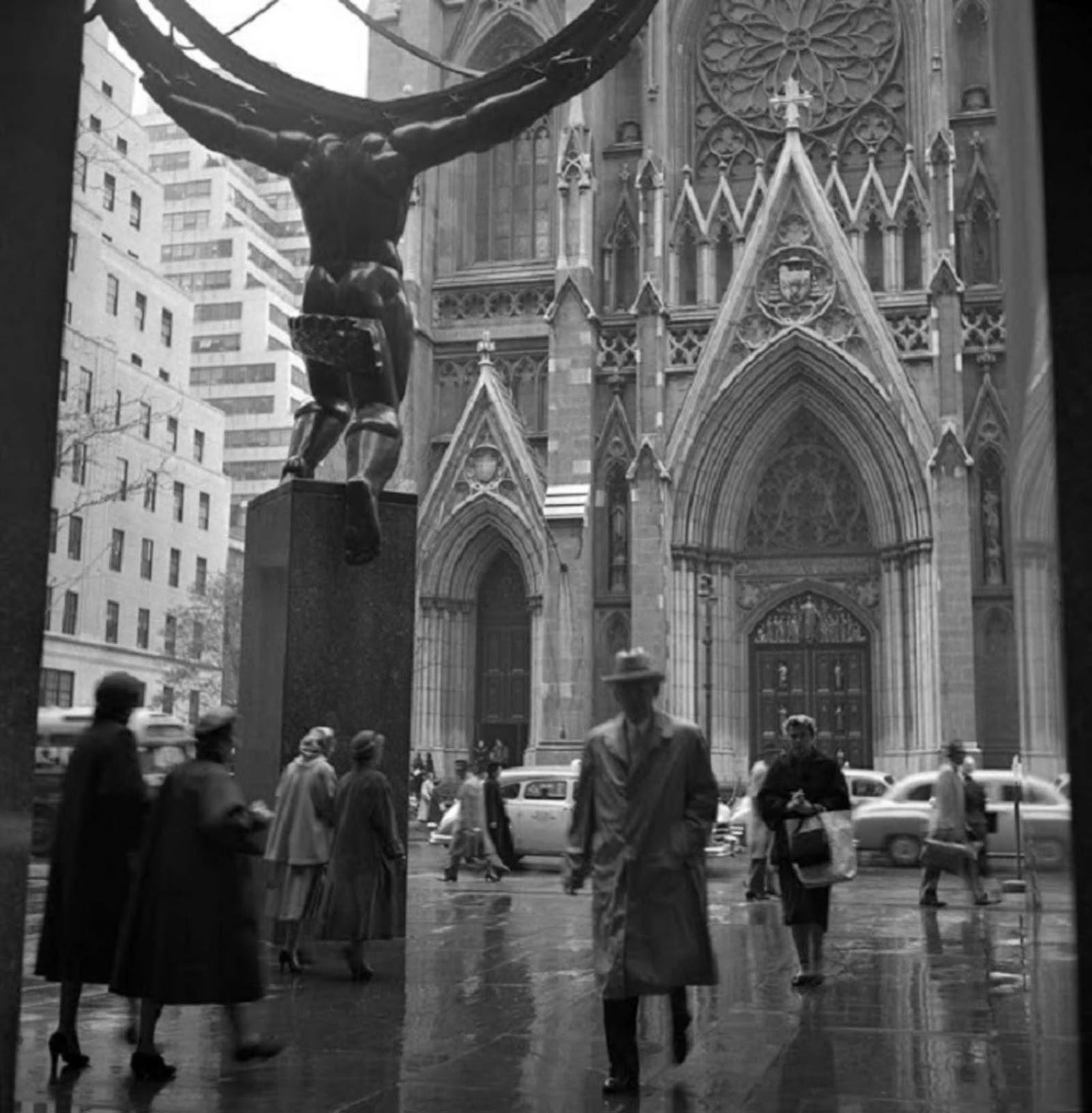 Across from St Patrick’s Cathedral. 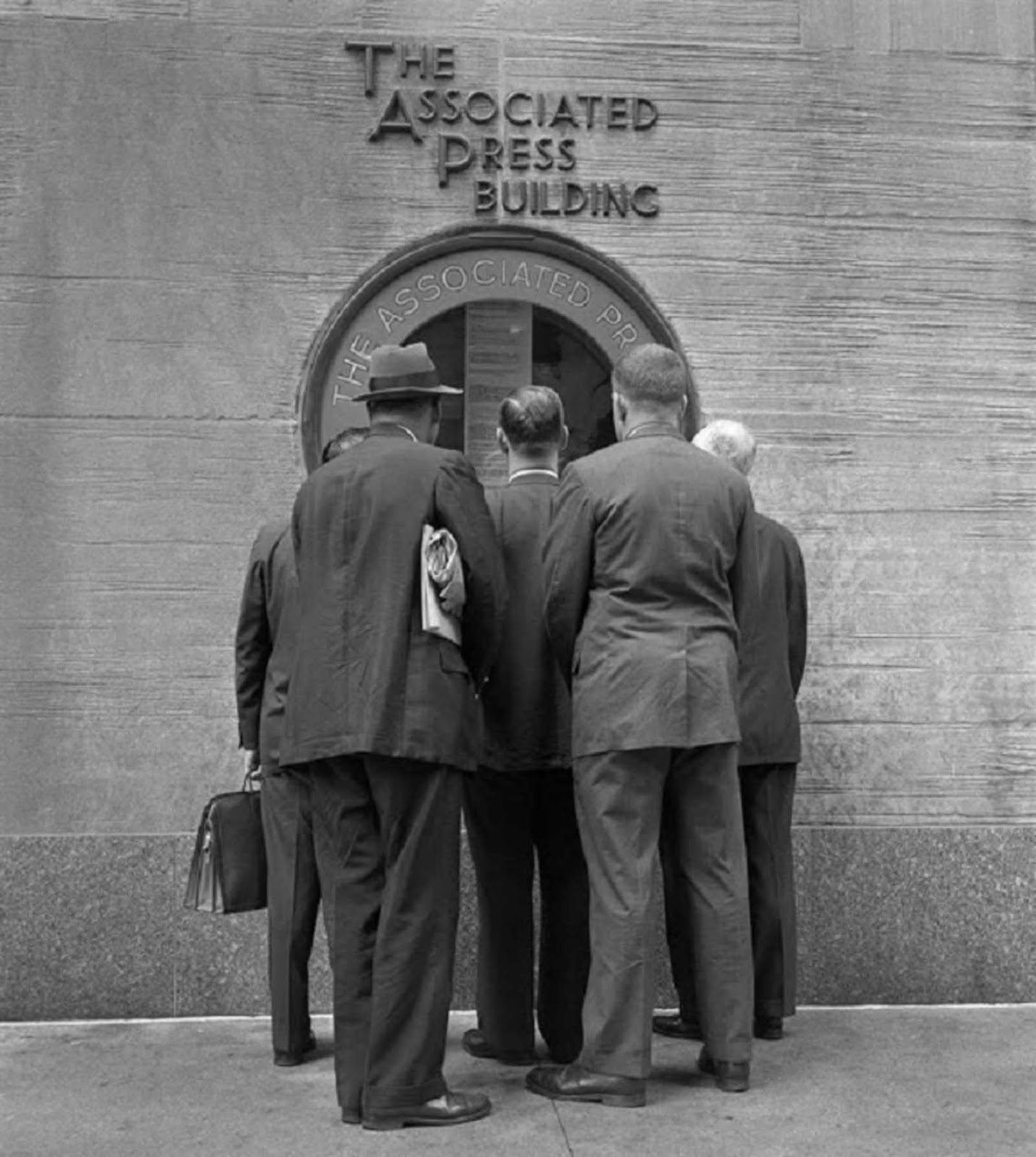 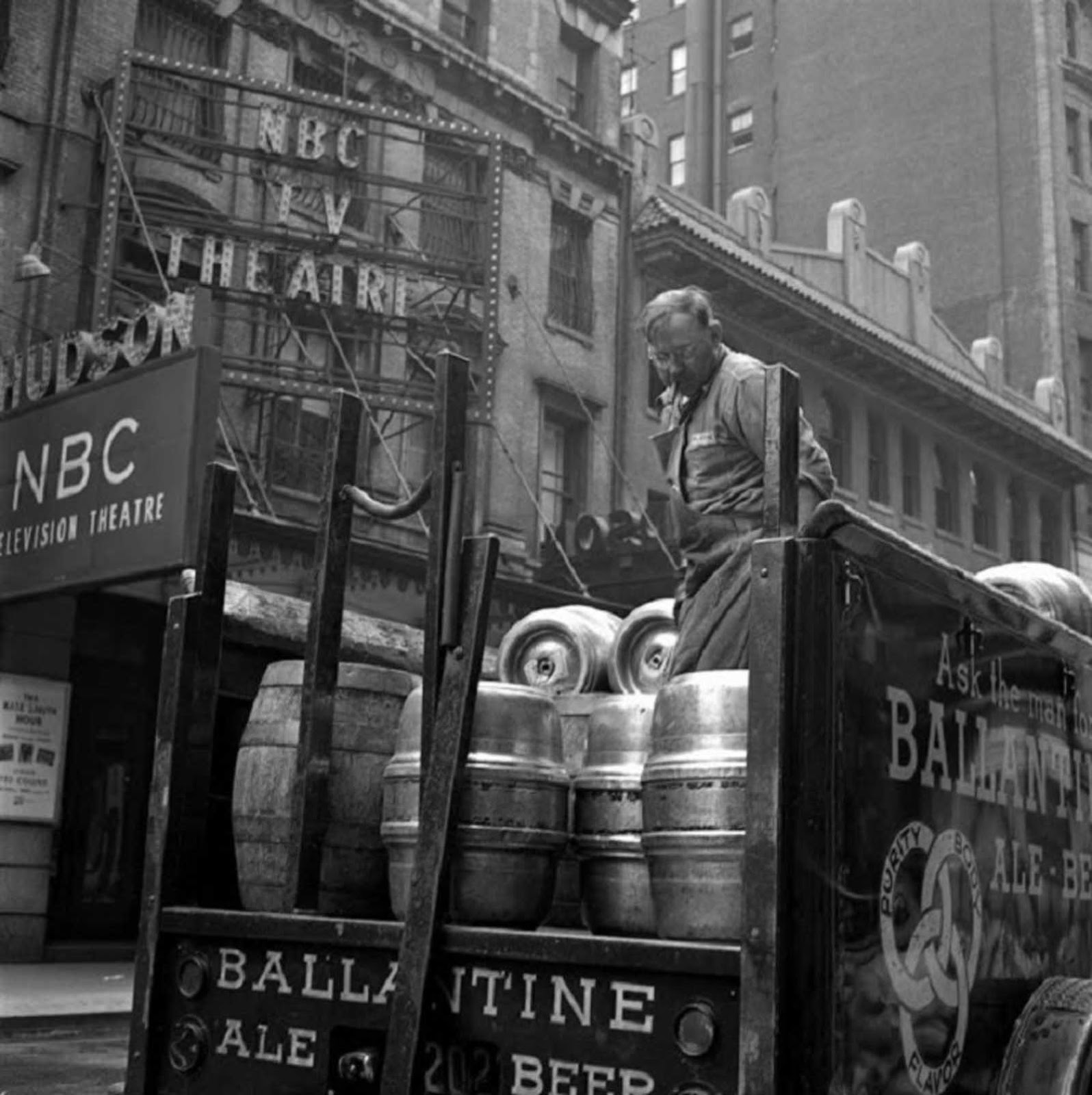 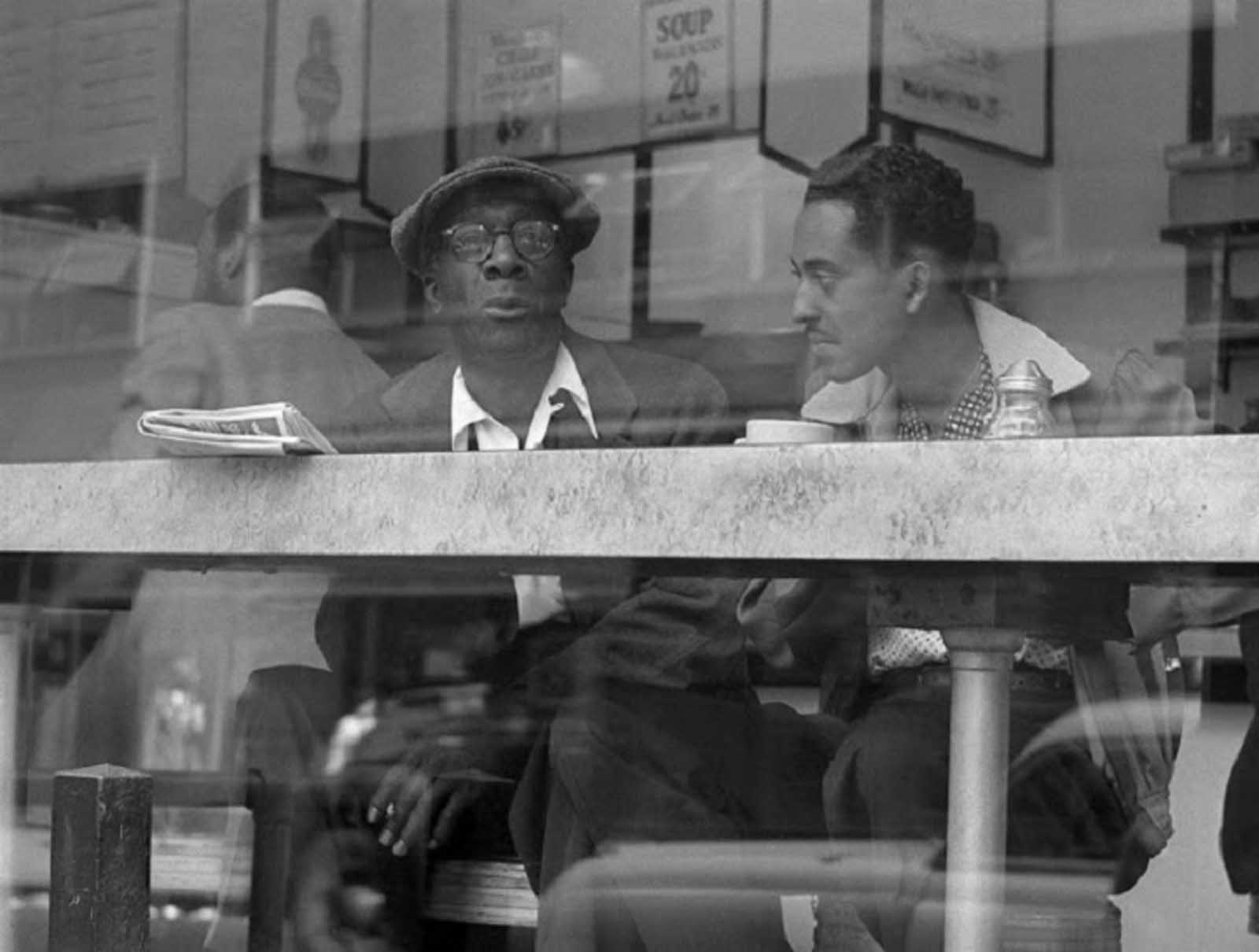 Two men have a conversation in a coffee place near Times Square in April of 1954. 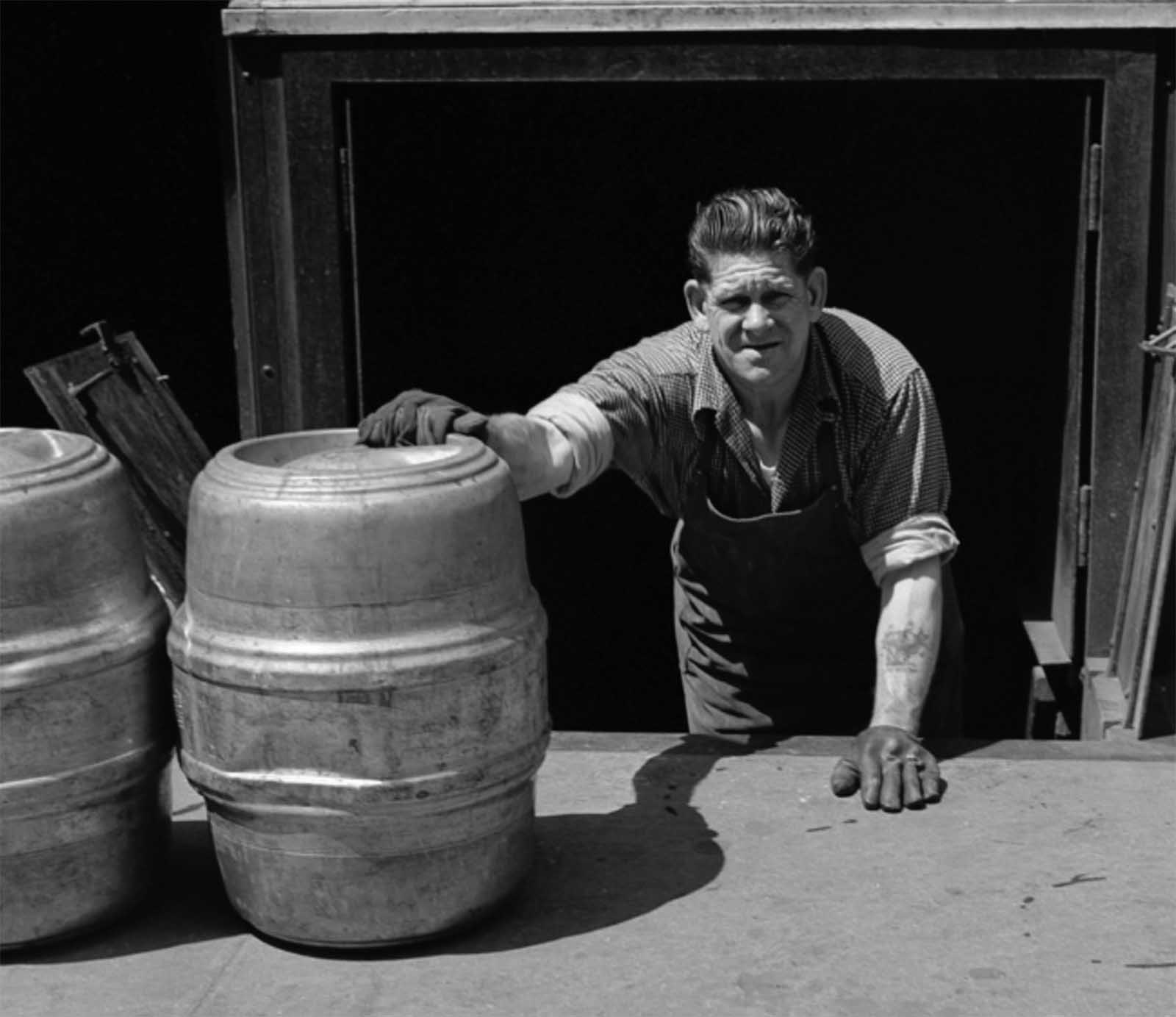 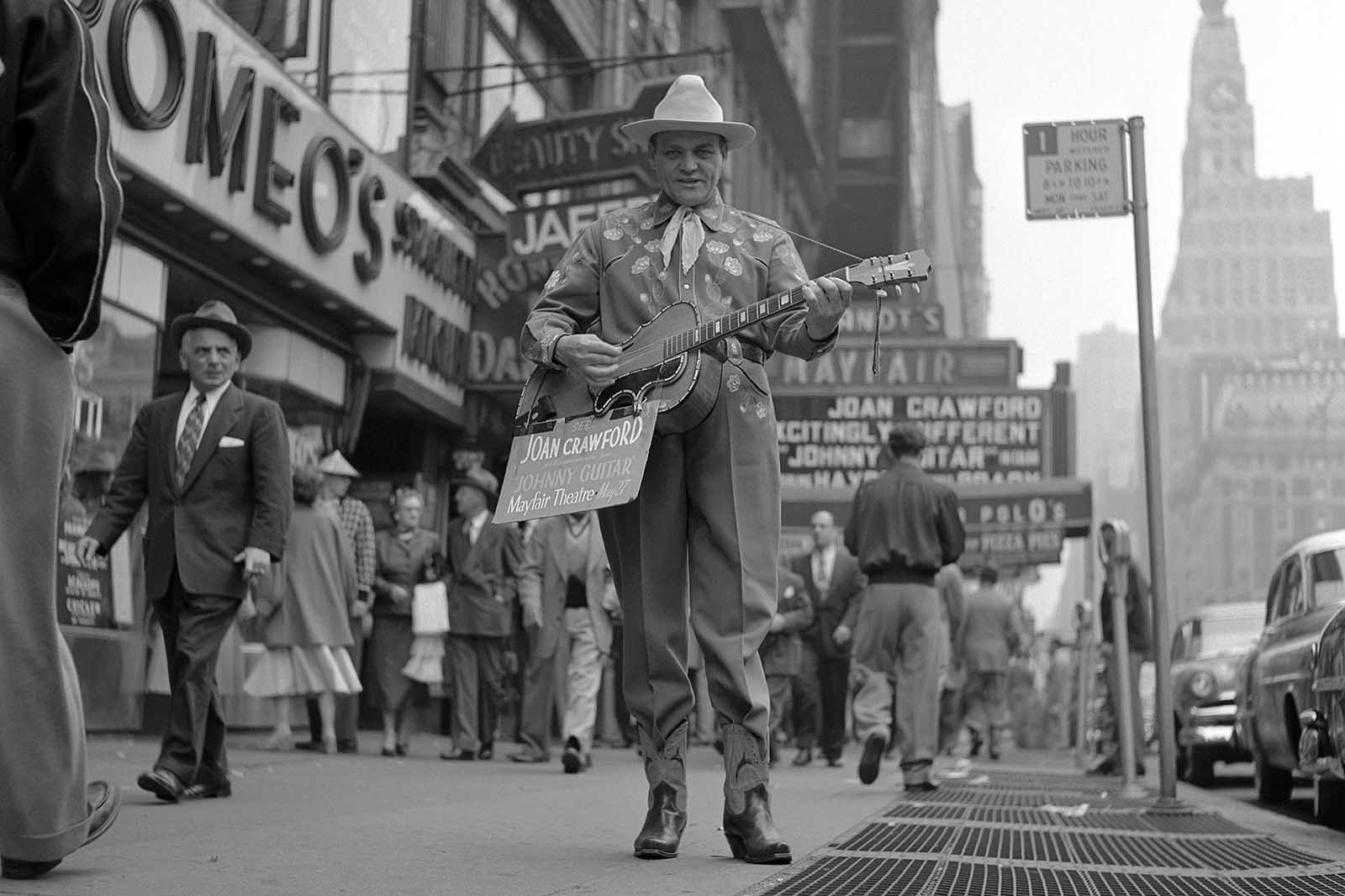 A man playing a guitar promotes the film “Johnny Guitar” on the sidewalks of Times Square in the Spring of 1954. 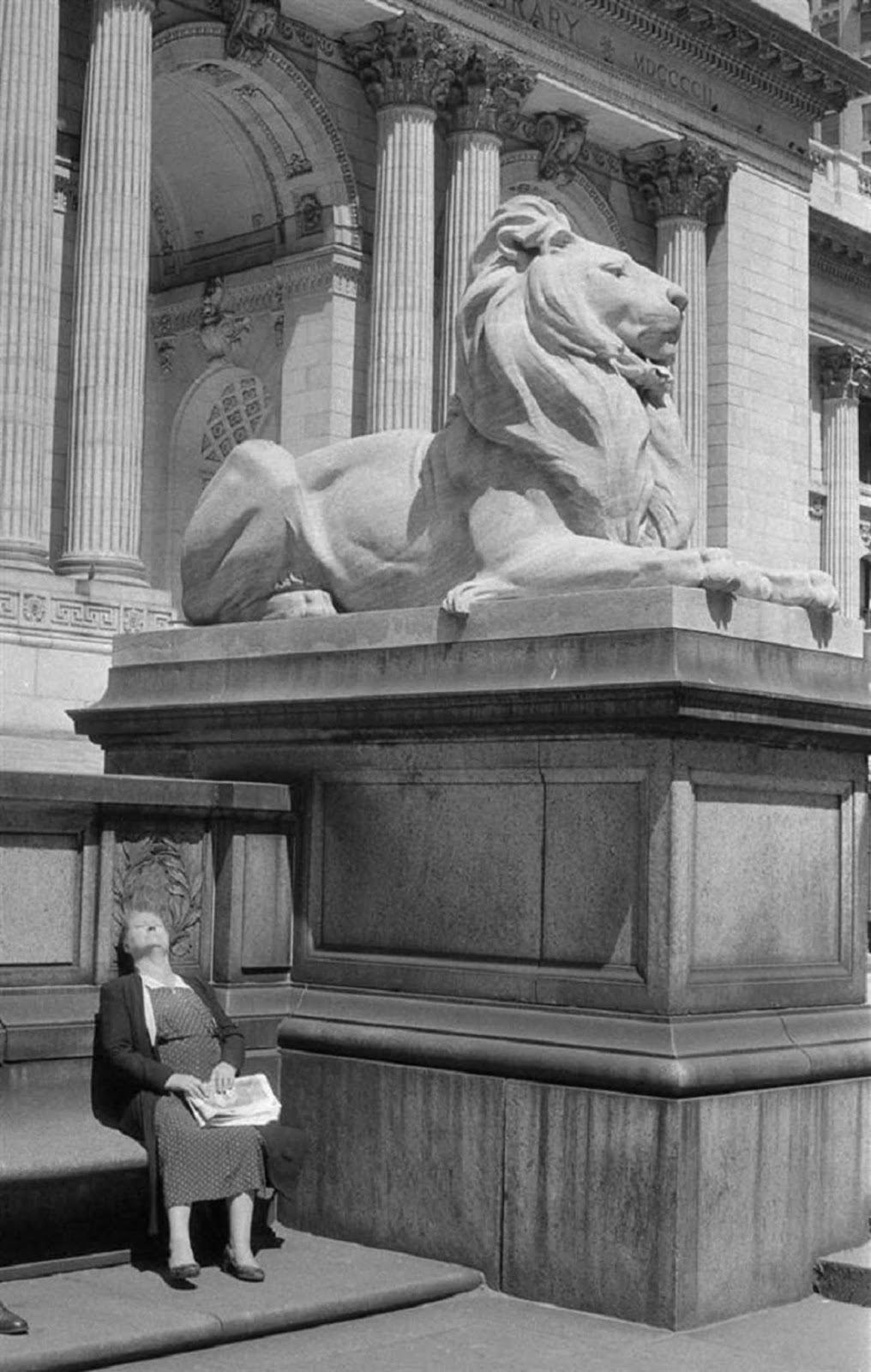 A woman suns herself outside the entrance of the main Public Library building in 1955. 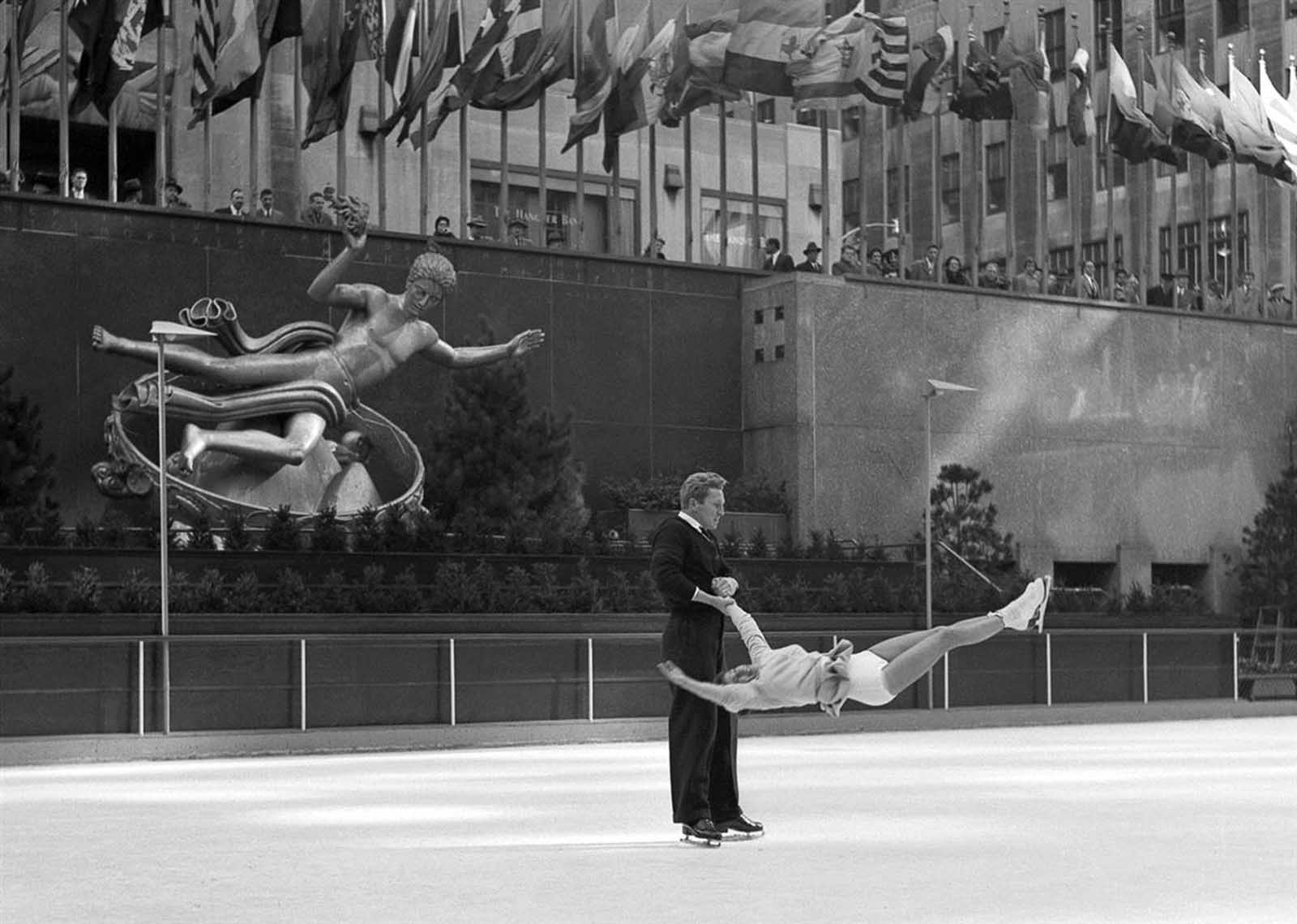 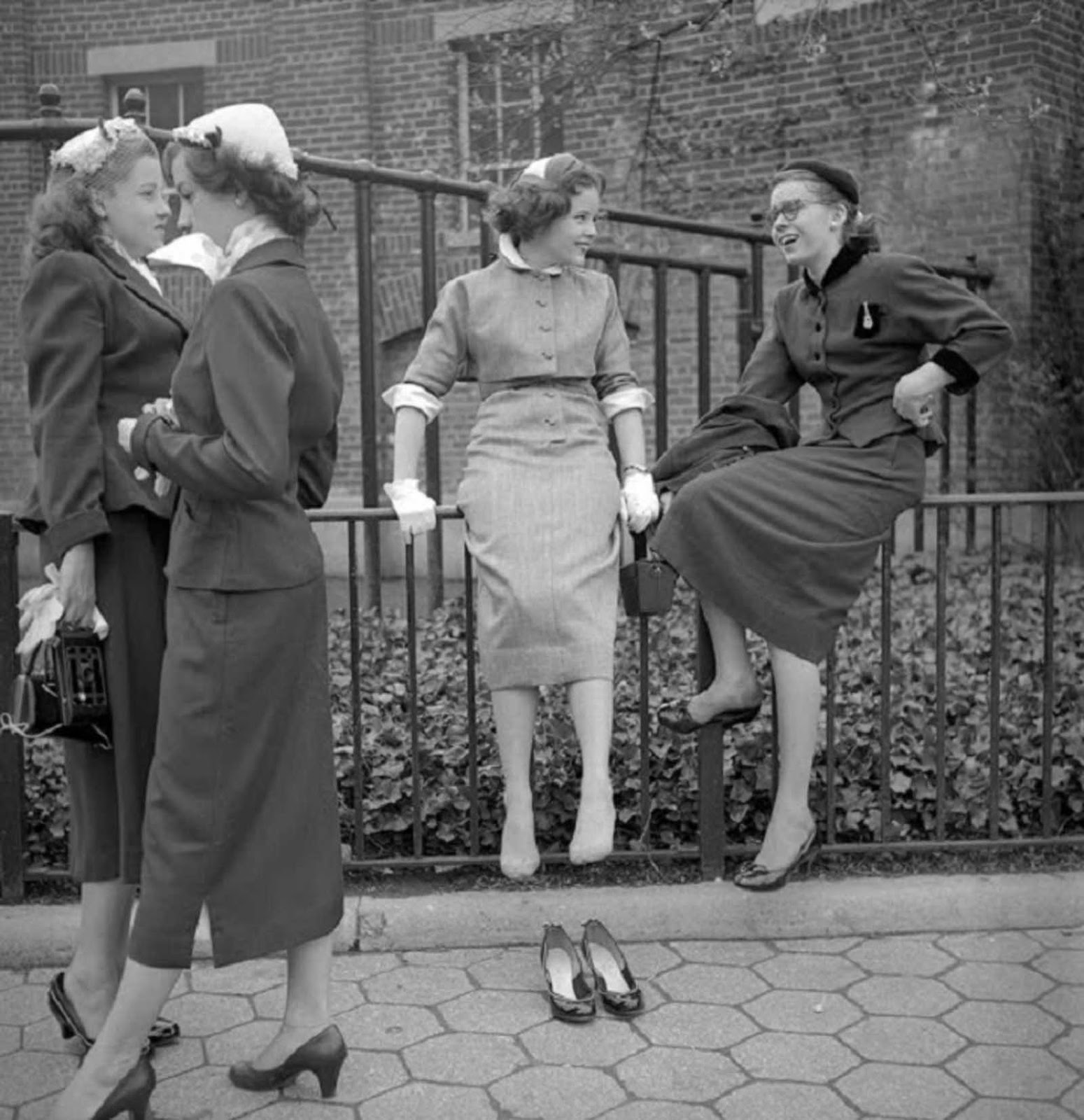 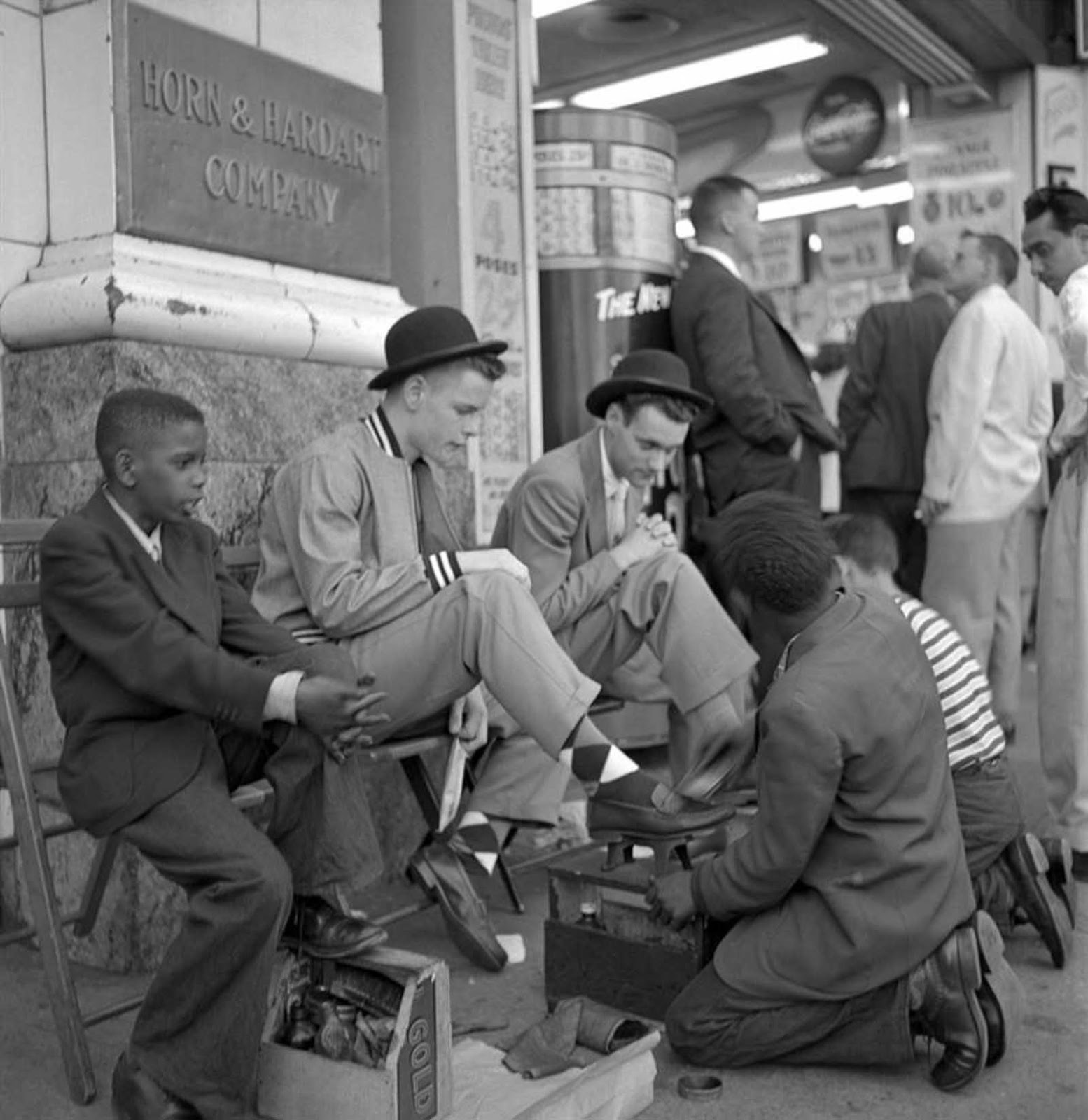 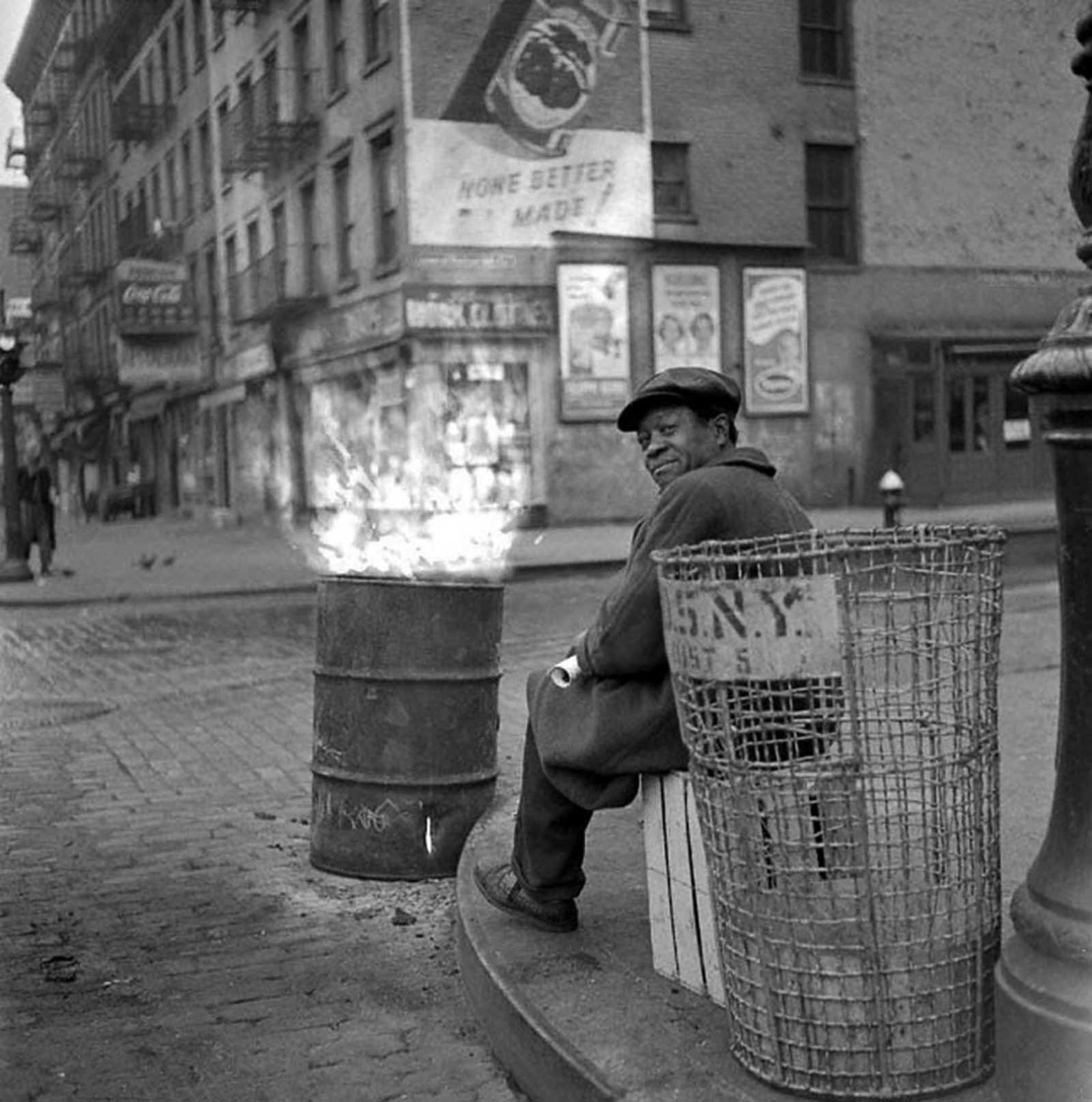 A man warming himself up. 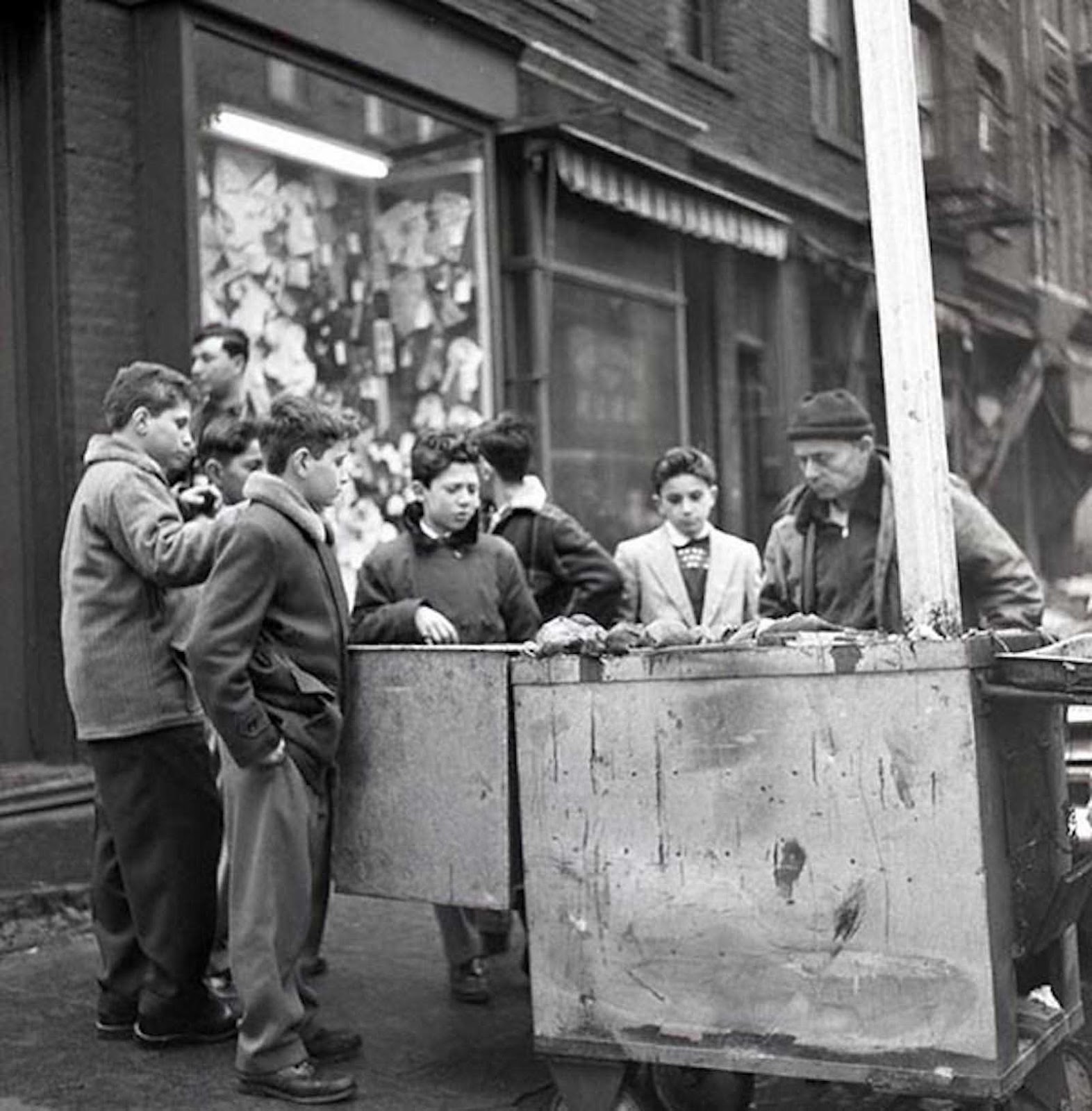 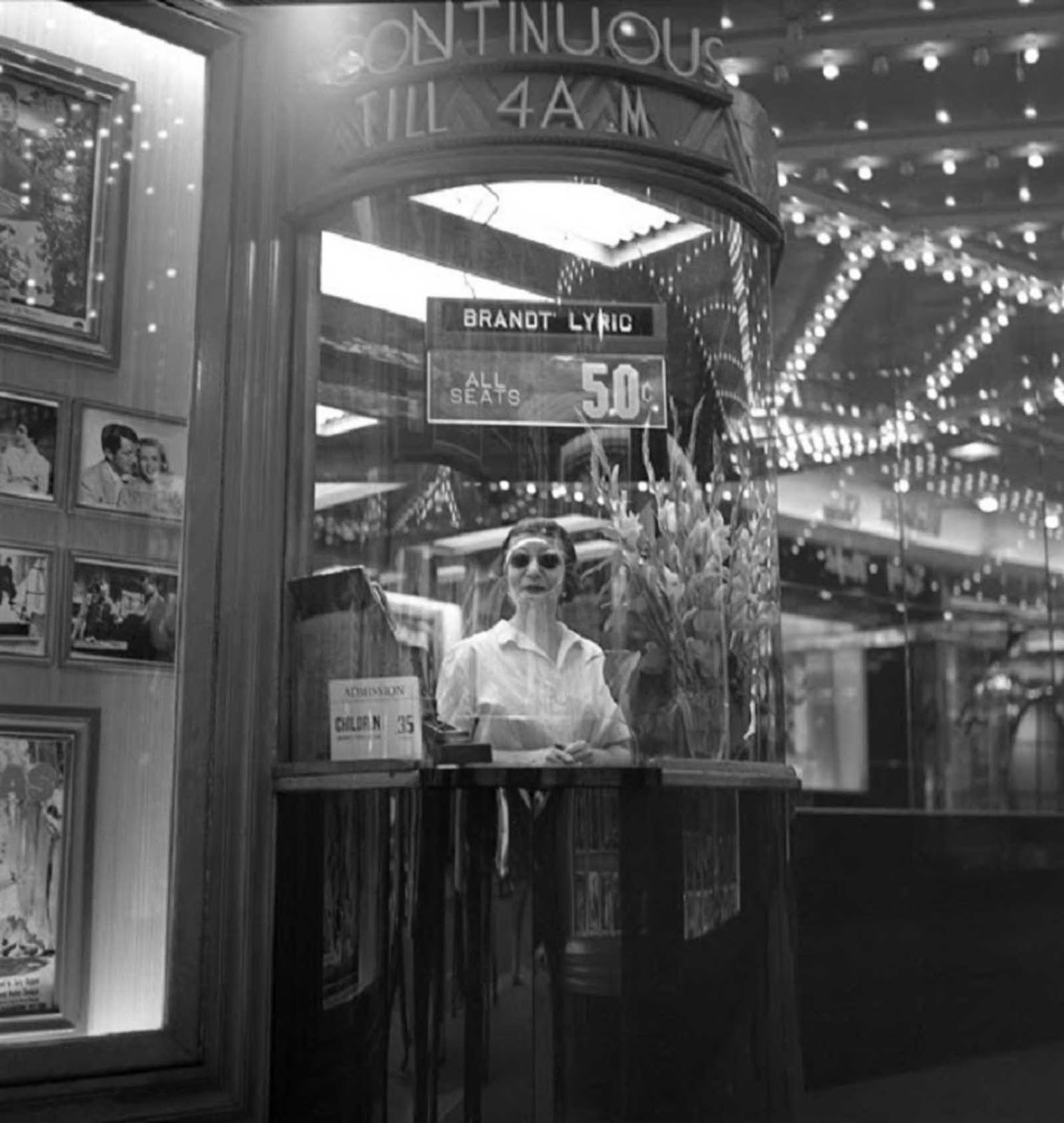 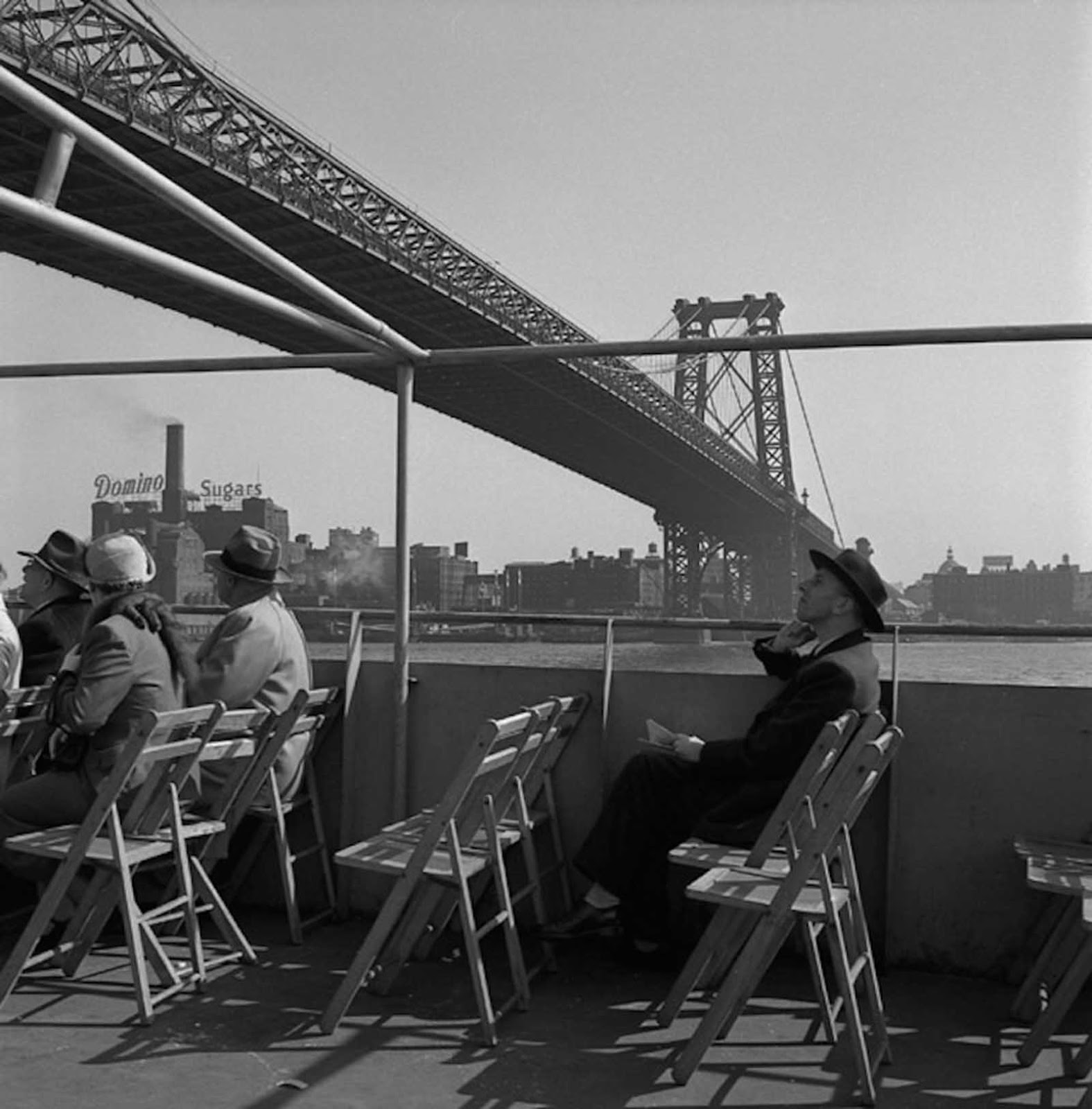 A moment of relaxation. 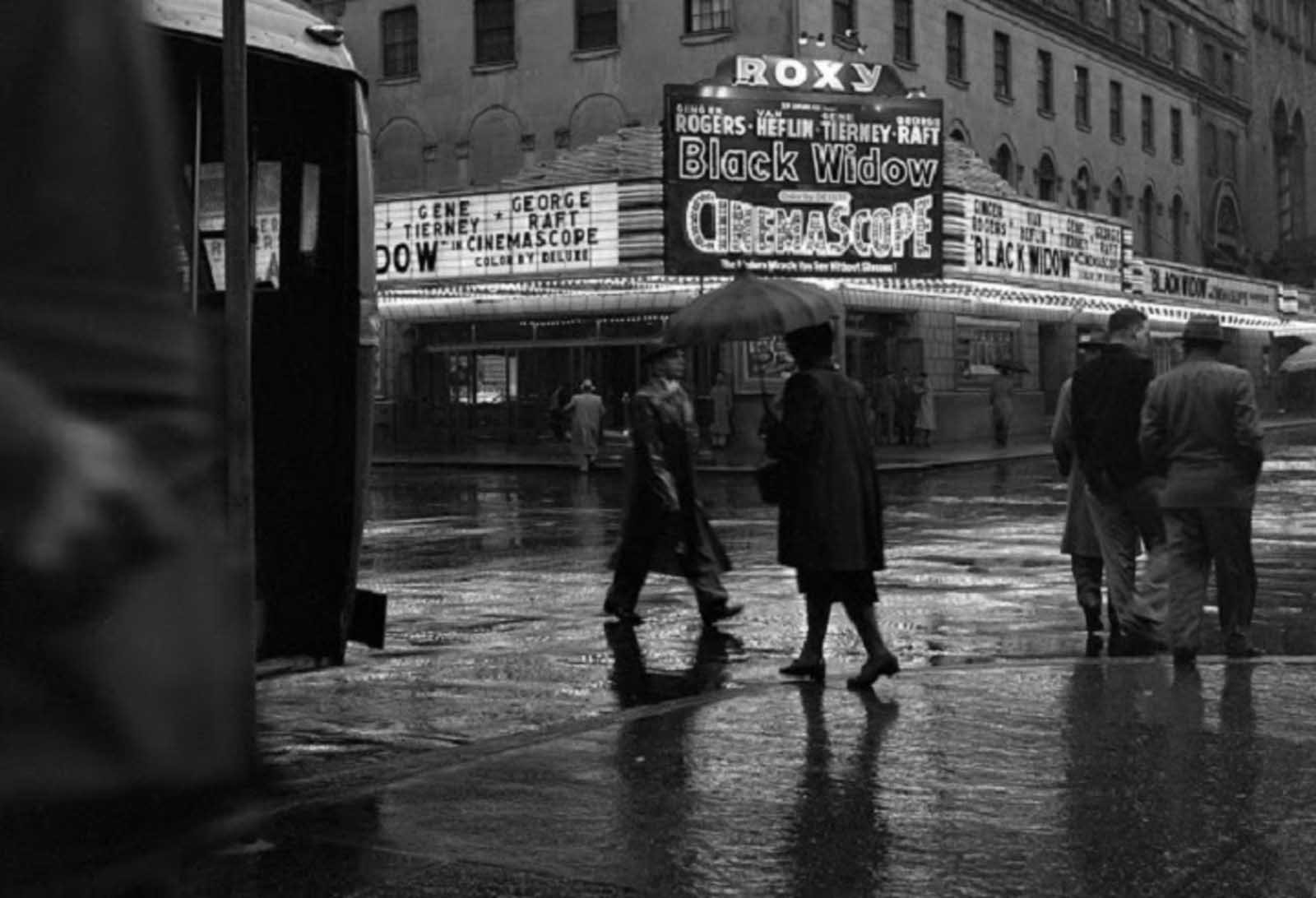 A rainy day in New York. 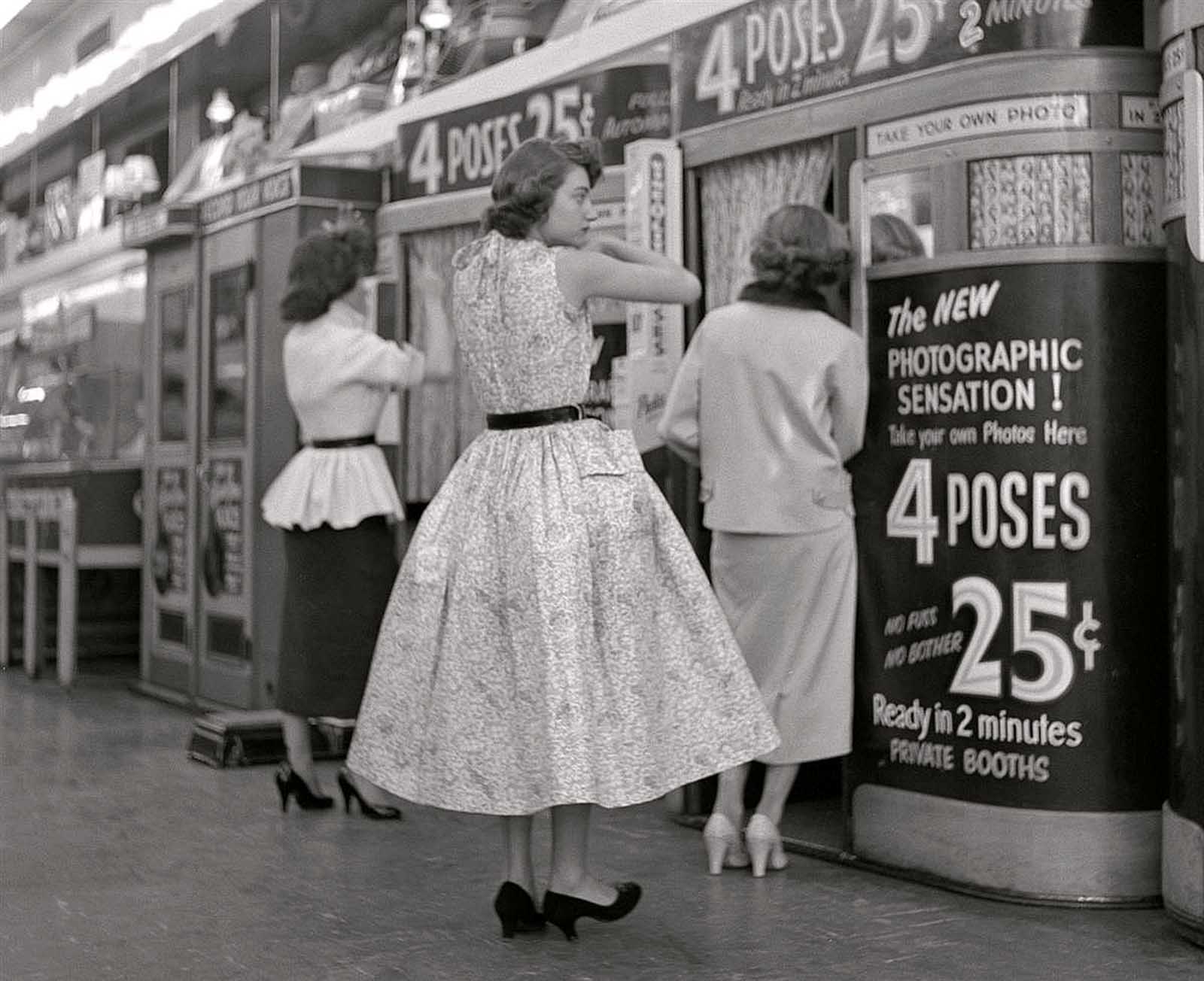 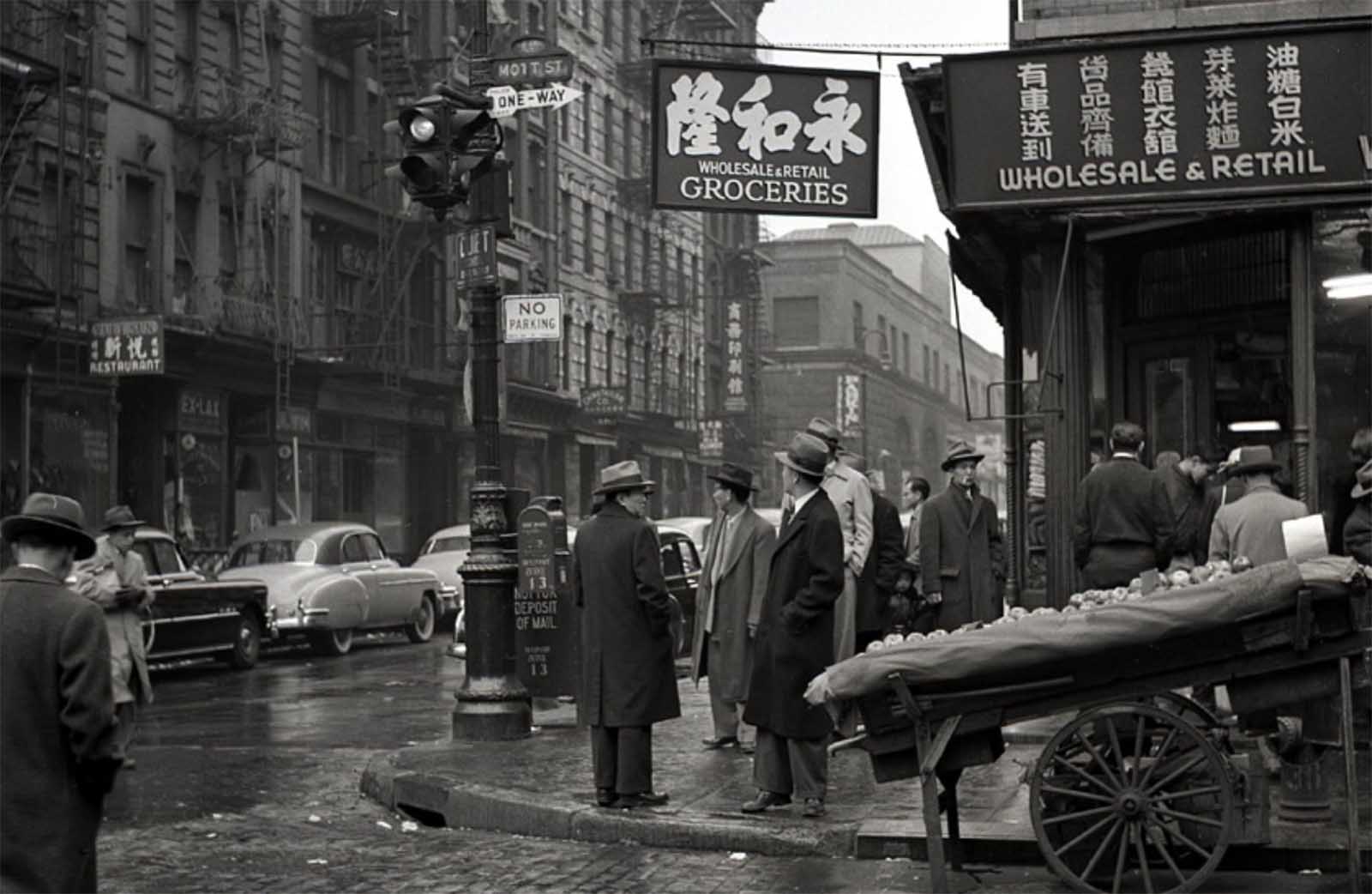 A view from Chinatown.