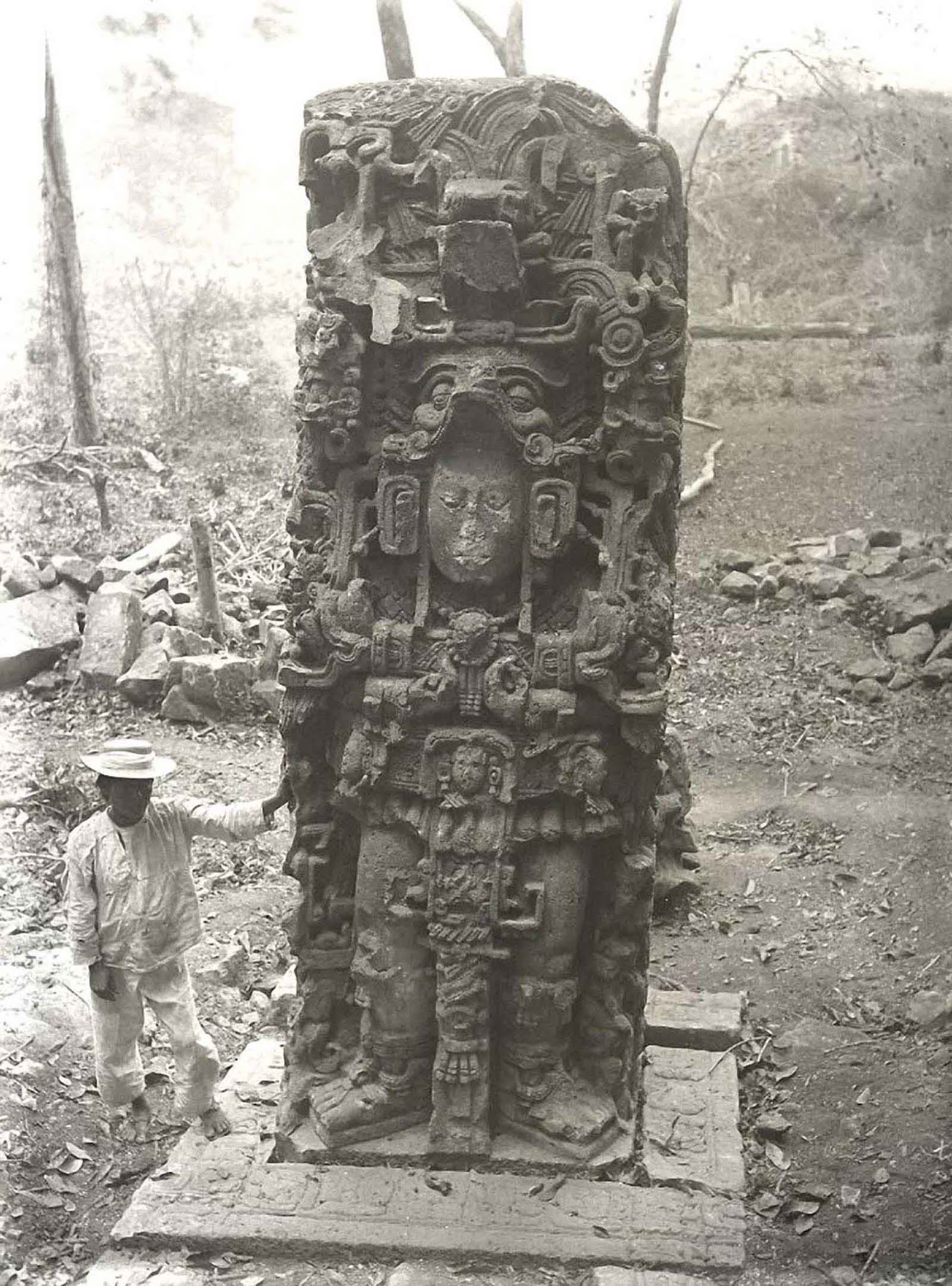 The discovery of an ancient Maya statue deep within the jungles of Honduras, 1885.

The Maya people have been called many names over the years, such as “the mysterious Maya” and “the magnificent Maya,” and many scholarly books have been written about this ancient Mesoamerican civilization.

Many years before European explorers came to the New World, the Maya people were building huge cities, studying astrology, creating complex written language in the jungles and coastal plains of Mesoamerica ━ a cultural region including both Mexico and parts of Central America. Spanish conquerors did not arrive until the 1500s, but by that time the Maya cities were already abandoned and in a state of ruin.

The Spanish conquest stripped away most of the defining features of Maya civilization. The agents of the Catholic Church wrote detailed accounts of the Maya, in support of their efforts at Christianization, and absorption of the Maya into the Spanish Empire.

This was followed by various Spanish priests and colonial officials who left descriptions of ruins they visited in Yucatán and Central America. In 1839, American traveler and writer John Lloyd Stephens set out to visit a number of Maya sites with English architect and draftsman Frederick Catherwood.

Their illustrated accounts of the ruins sparked strong popular interest and brought the Maya to the attention of the world. The late 19th century saw the recording and recovery of ethnohistoric accounts of the Maya and the first steps in deciphering Maya hieroglyphs.

The final two decades of the 19th century saw the birth of modern scientific archaeology in the Maya region, with the meticulous work of Alfred Maudslay and Teoberto Maler. By the early 20th century, the Peabody Museum was sponsoring excavations at Copán and in the Yucatán Peninsula.

In the first two decades of the 20th century, advances were made in deciphering the Maya calendar, and identifying deities, dates, and religious concepts. Since the 1930s, archaeological exploration has increased dramatically, with large-scale excavations across the Maya region. 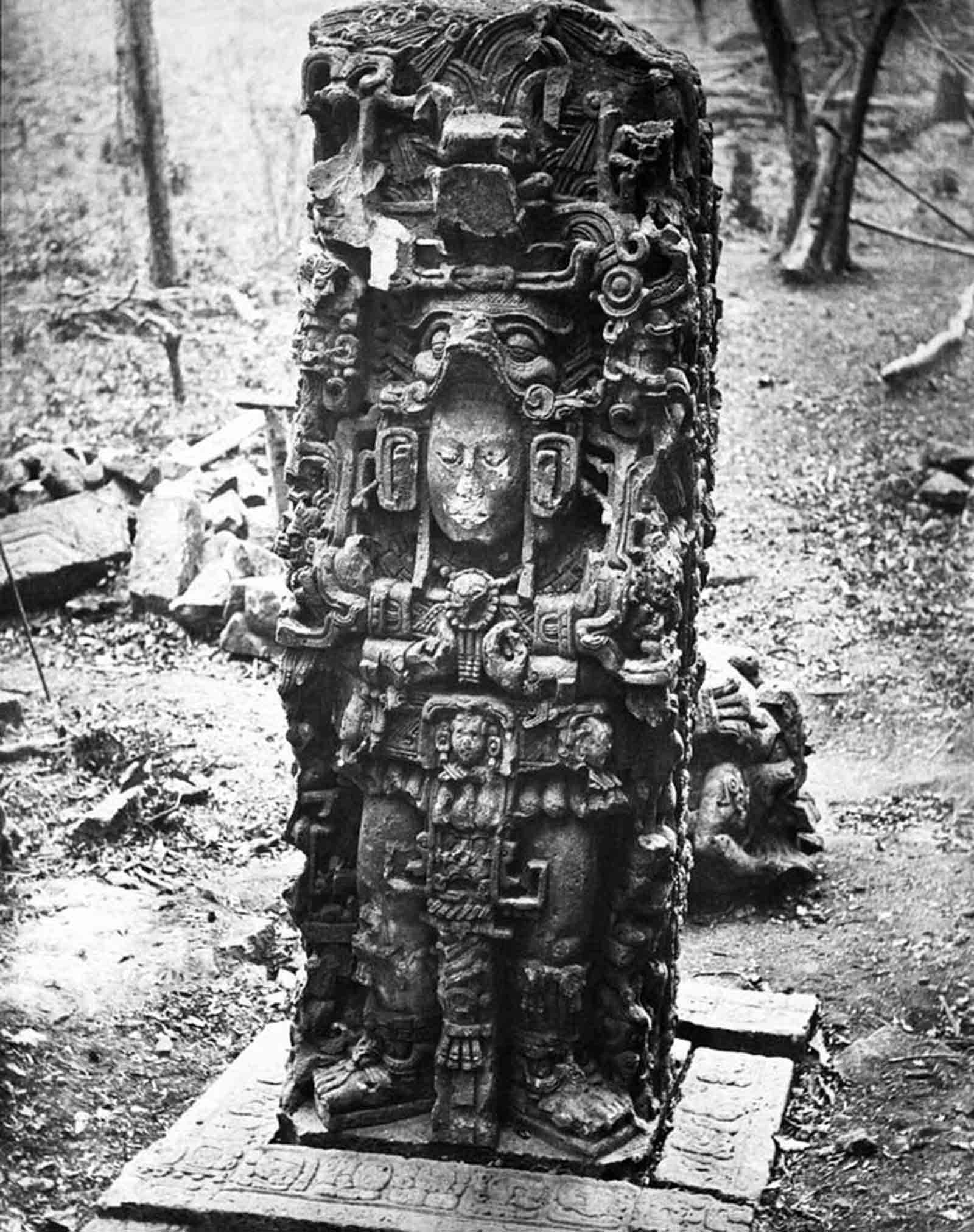 What happened to the Maya? How did they build such a vast empire only to have it crumble into ruins? For more than a century, scholars dug through ruined Maya cities looking for bits of pottery, burial sites, murals depicting everyday activities, and remnants of tools.

Maya hieroglyphs were intriguing, but no one knew how to decode them. No matter how many artifacts scientists uncovered, they were never enough to paint a complete picture of the Maya.

Archaeological evidence tells only part of the story. Written records yield much more specific information, such as names, dates, and major events. The Maya carved many such written records onto their buildings and monuments. Even though there is still much that historians do not know about the Maya people, scholars have developed several theories of what caused their downfall.

First, many believe that the Maya had depleted their resources from the areas around them to the point where they could not sustain themselves in the area any longer.

Other scholars argue that warfare caused a collapse in trade, their military, and their dynastic power, resulting in chaos. Lastly, scholars also theorize that a catastrophic change in the environment, such as drought, wiped out their civilization. 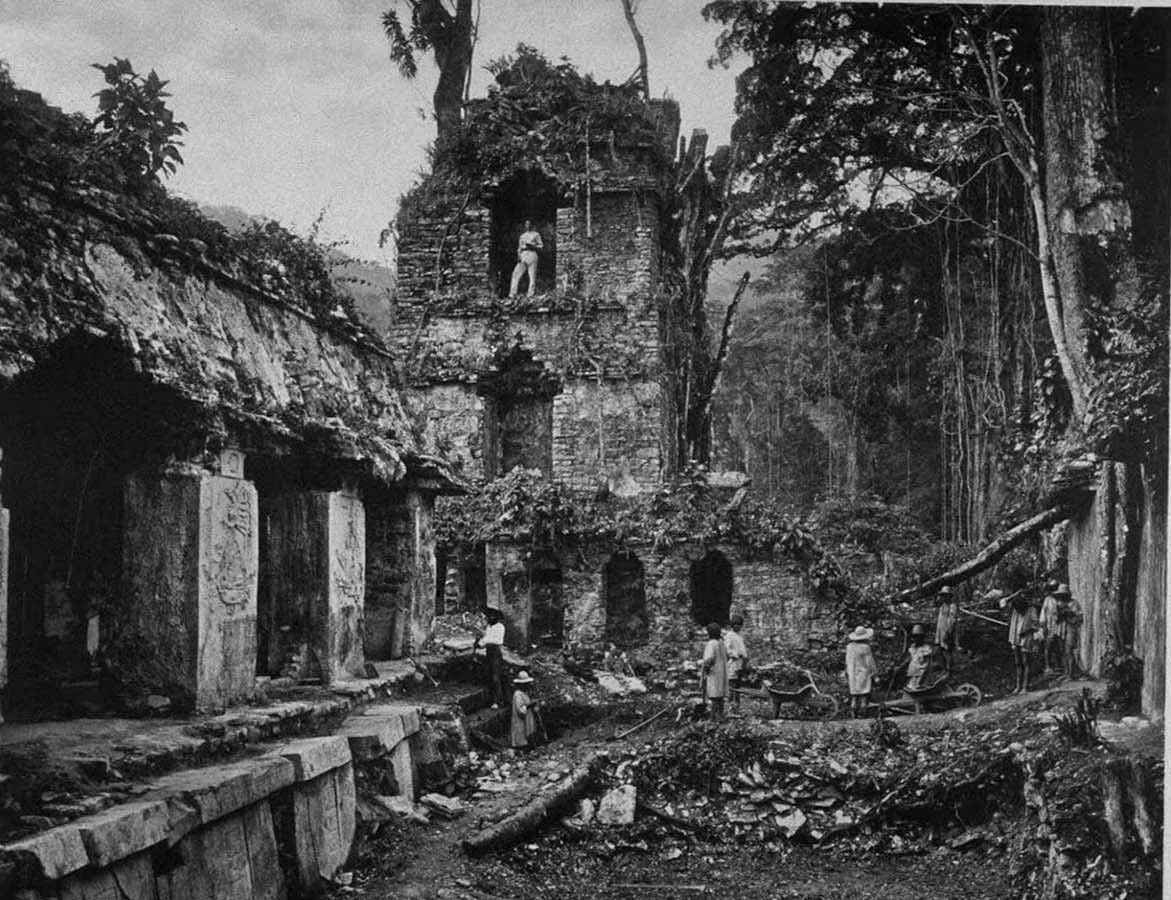 Alfred Maudslay in the tower of the palace, Palenque, Mexico, 1890. 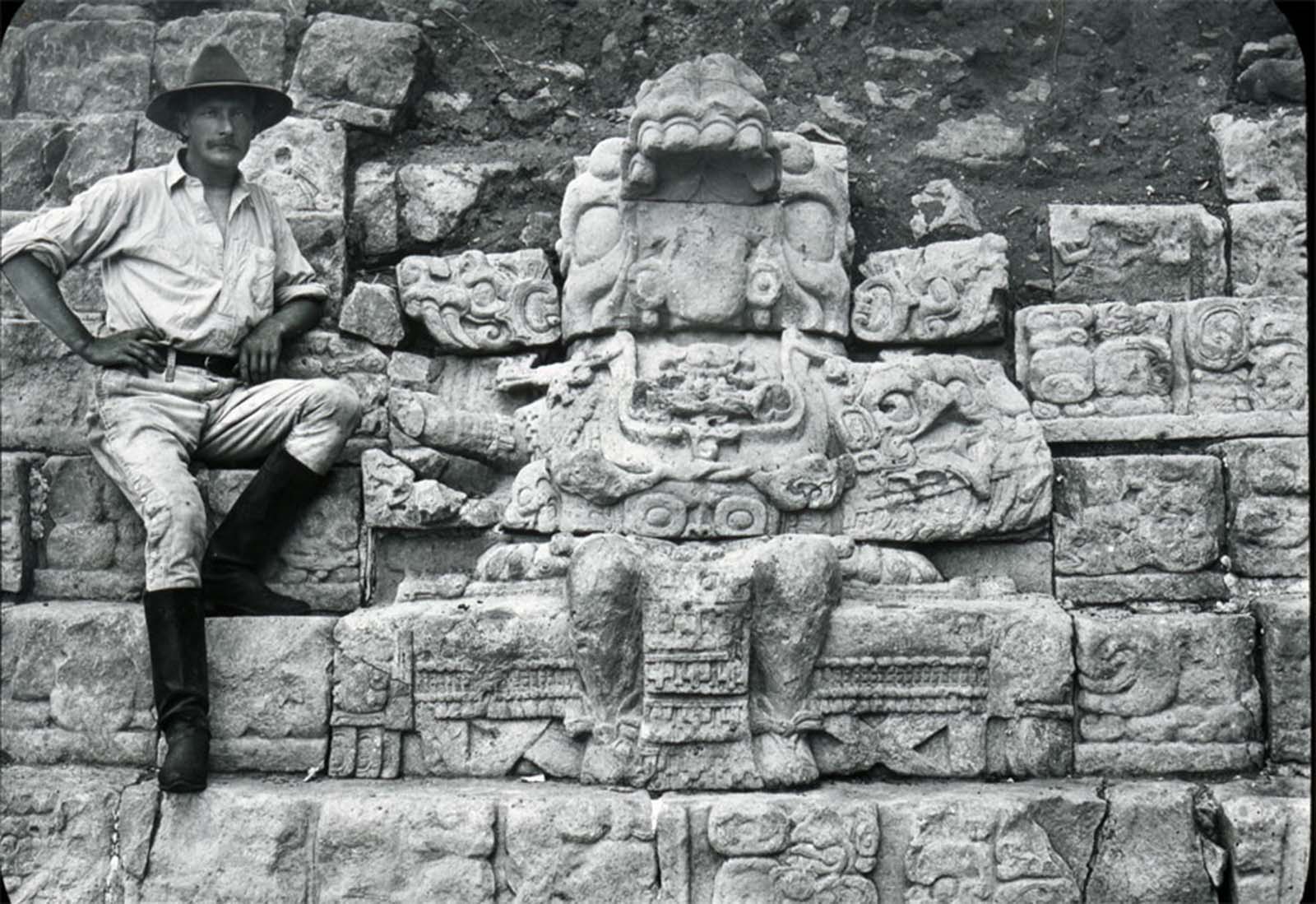 George Gordon sits next to a figure seated on a throne on the Hieroglyphic Stairway, Copan, Honduras, 1900. 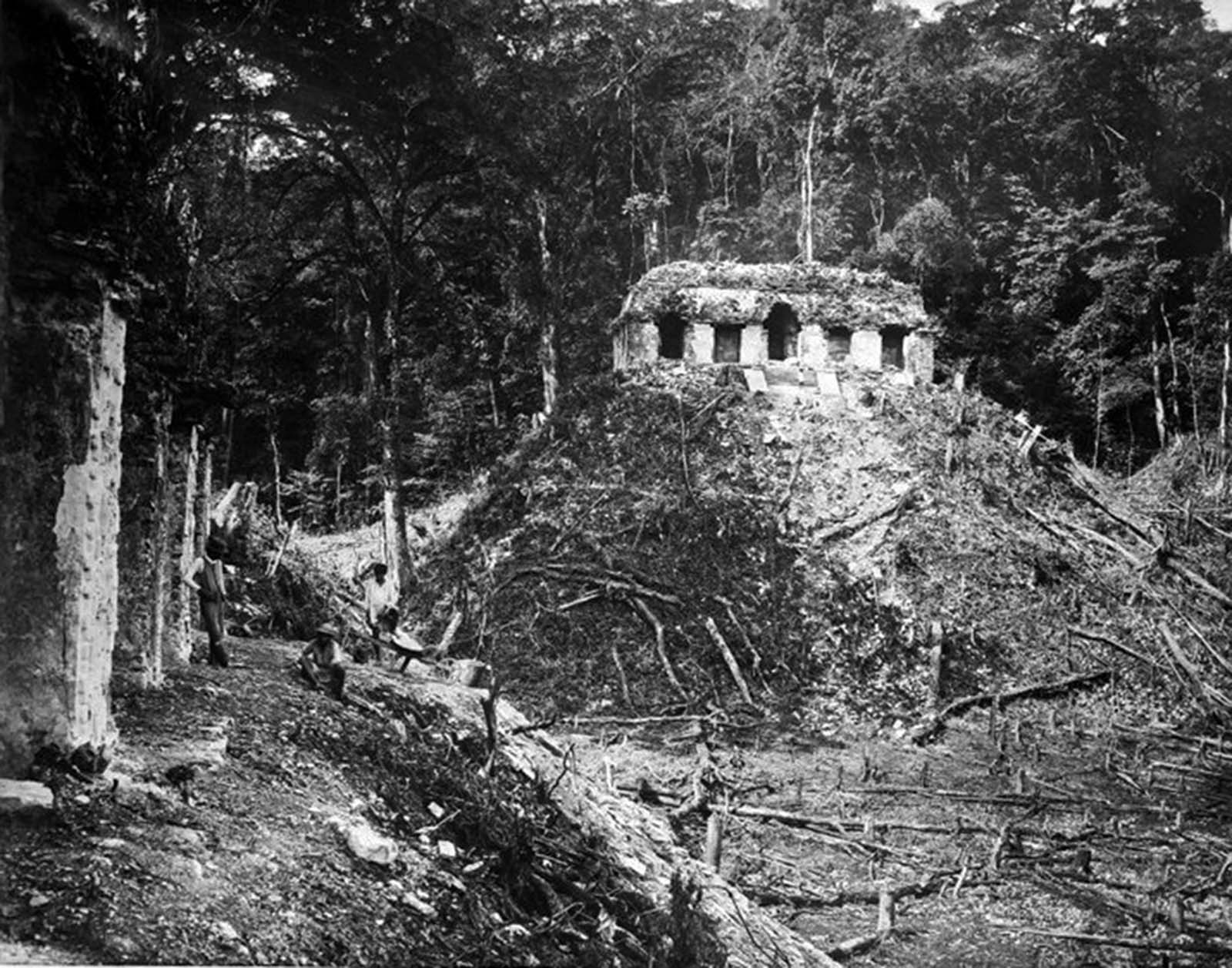 Temple of the Inscriptions Palenque, Mexico, 1890. 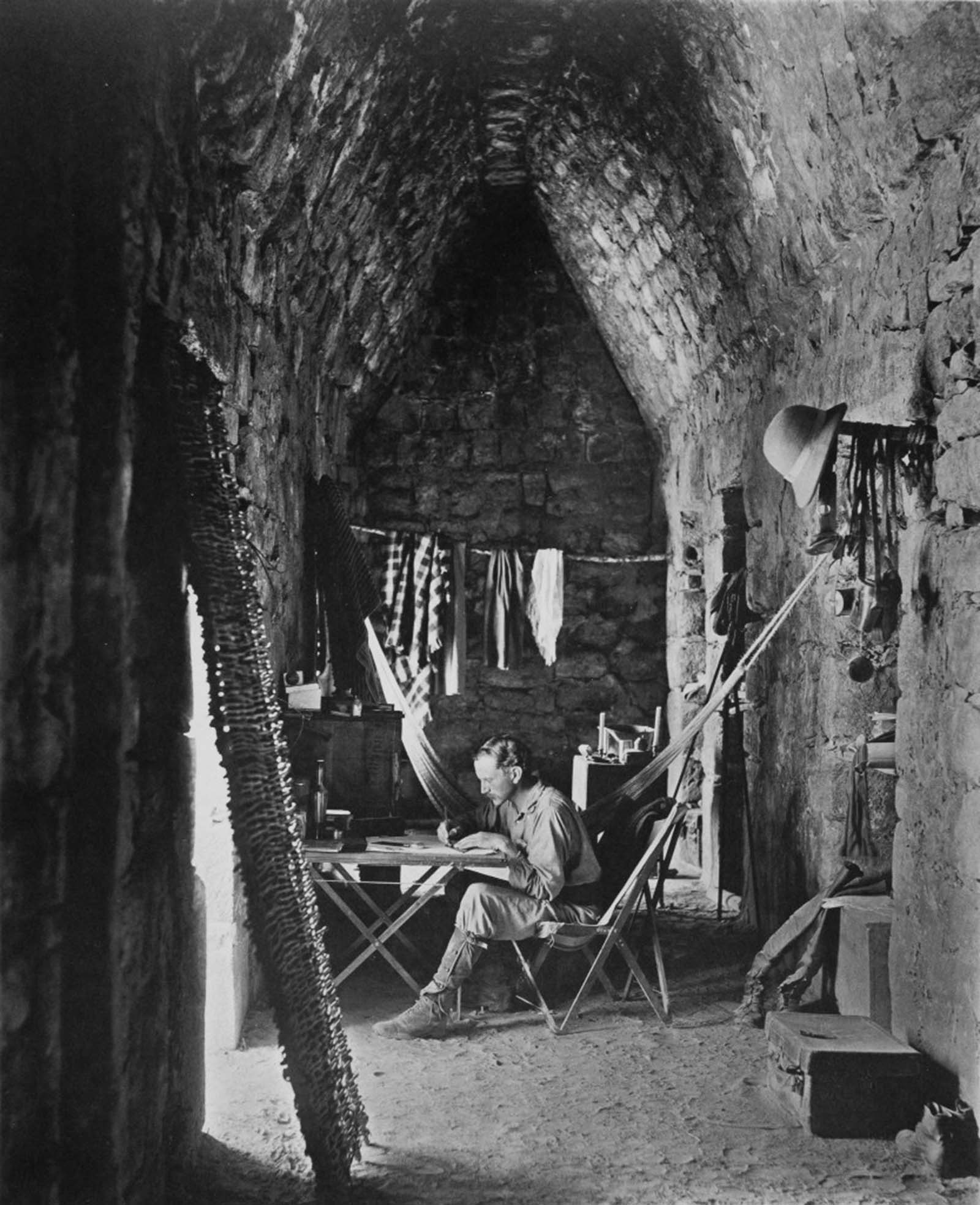 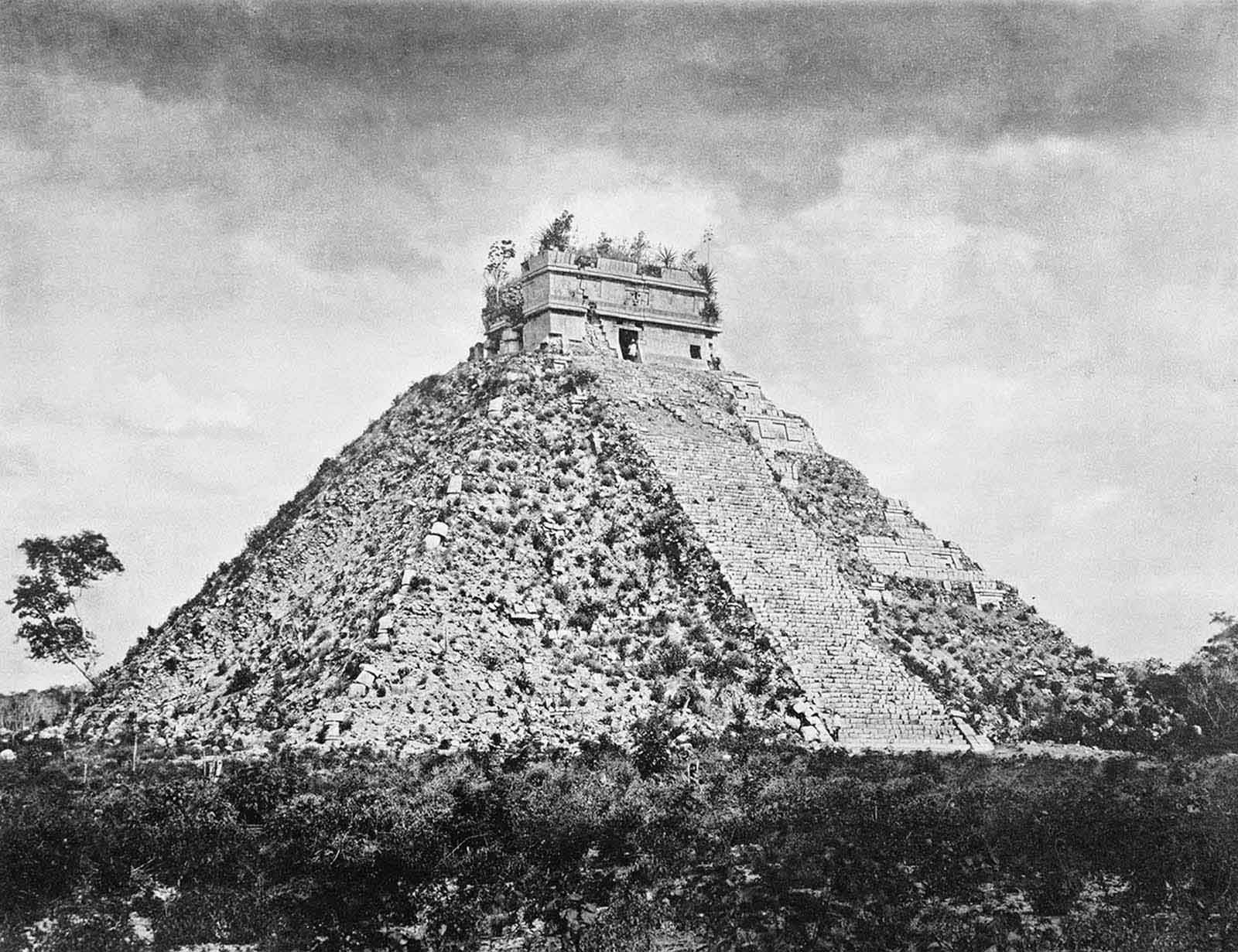 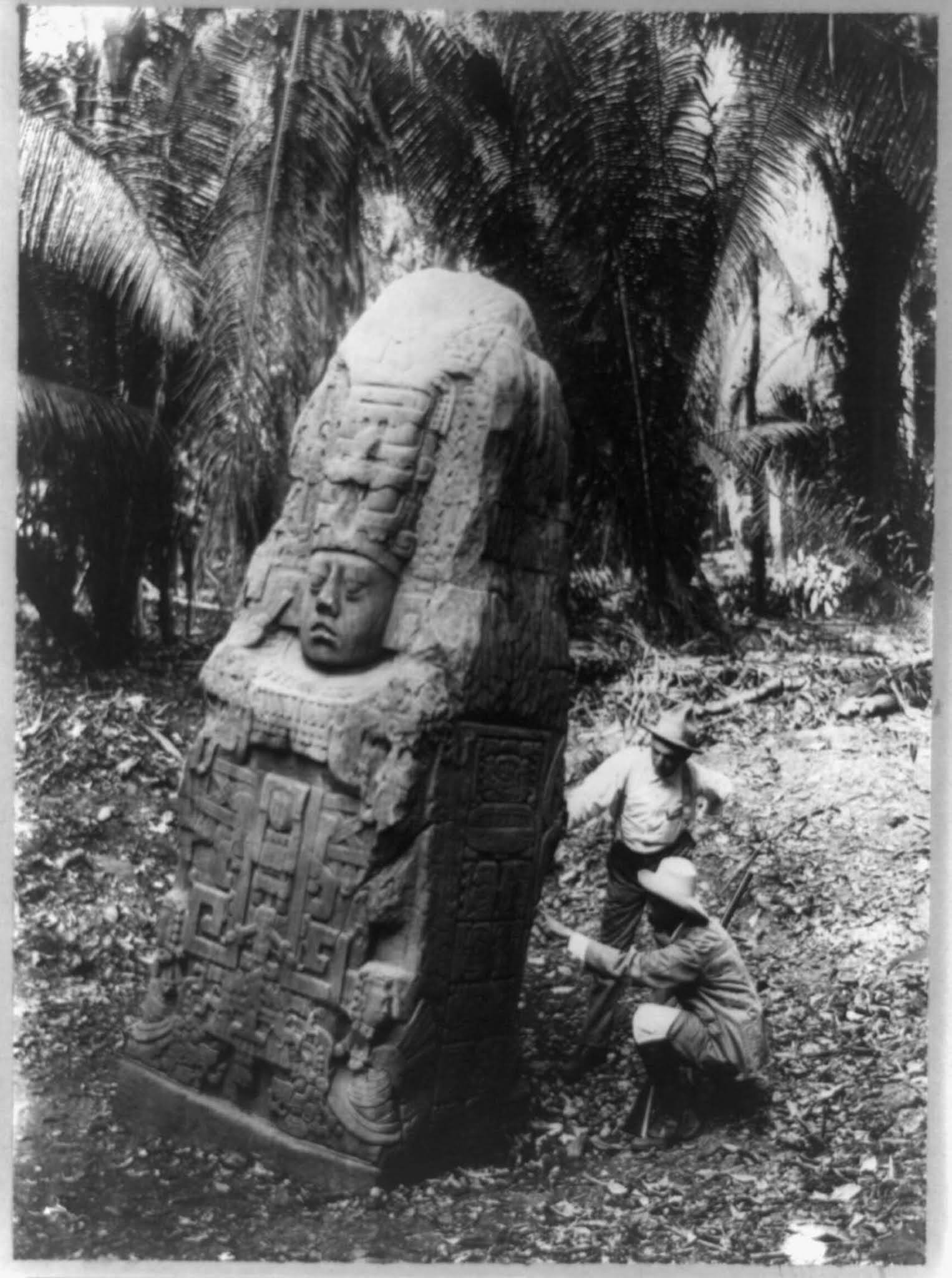 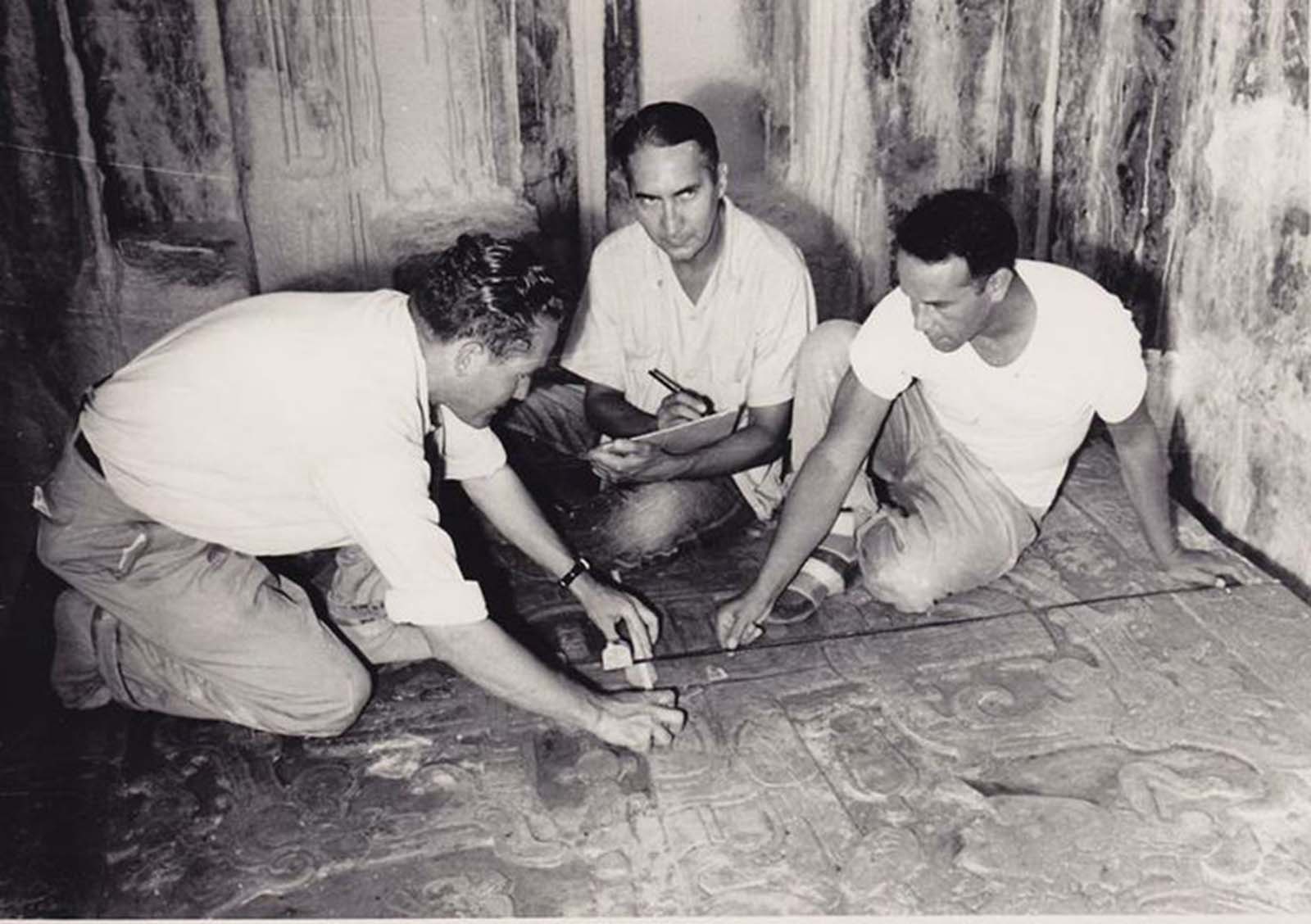 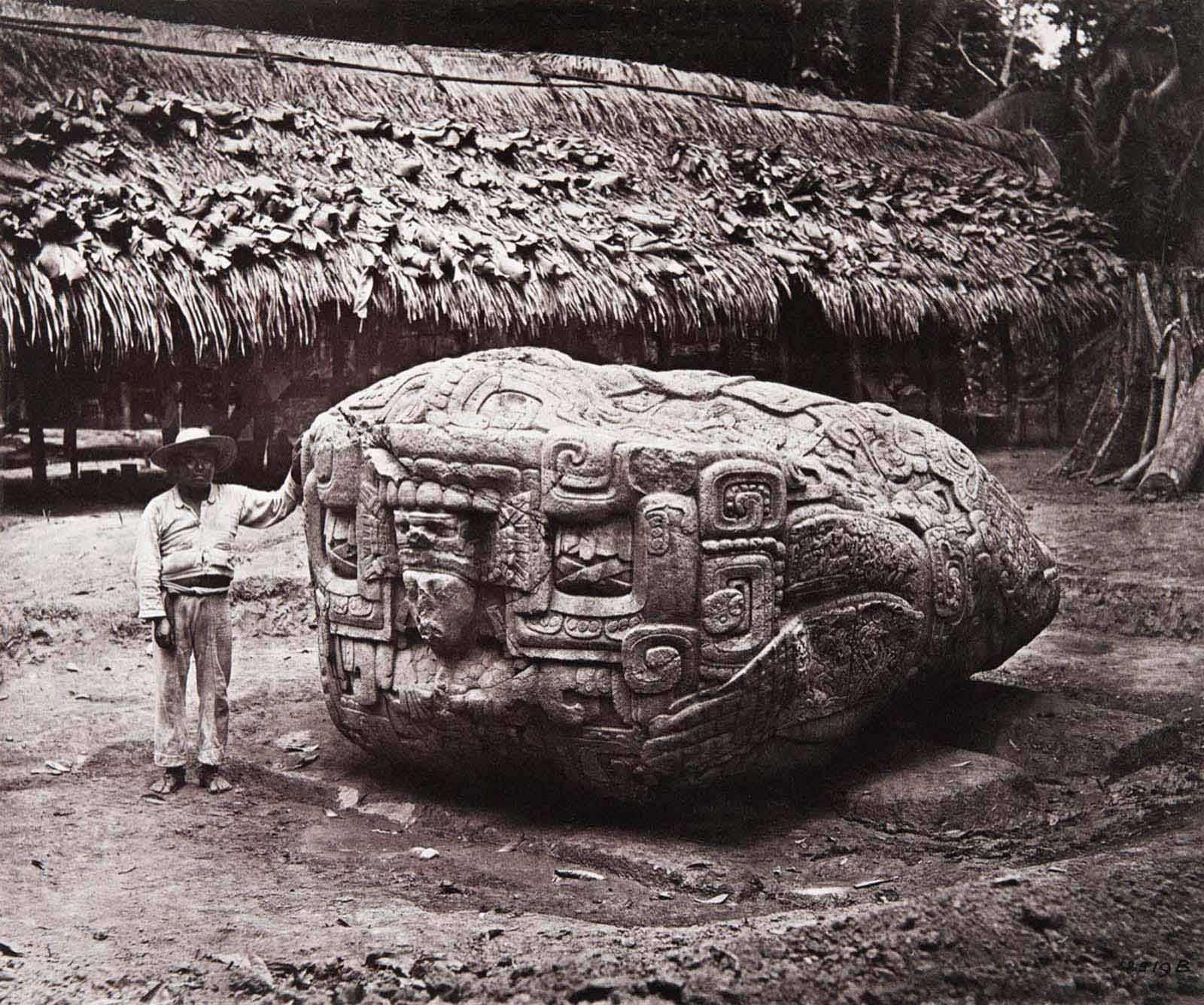 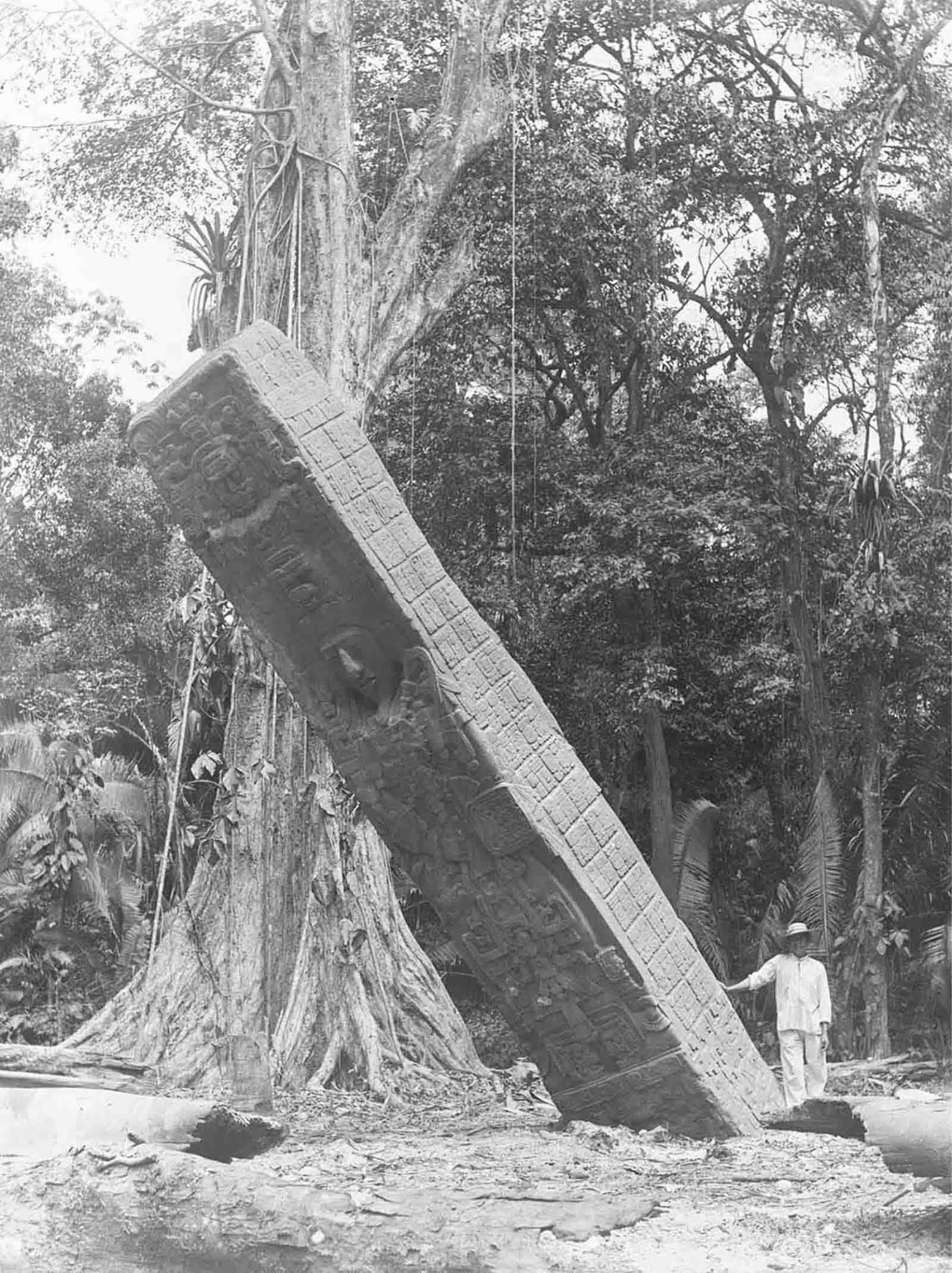 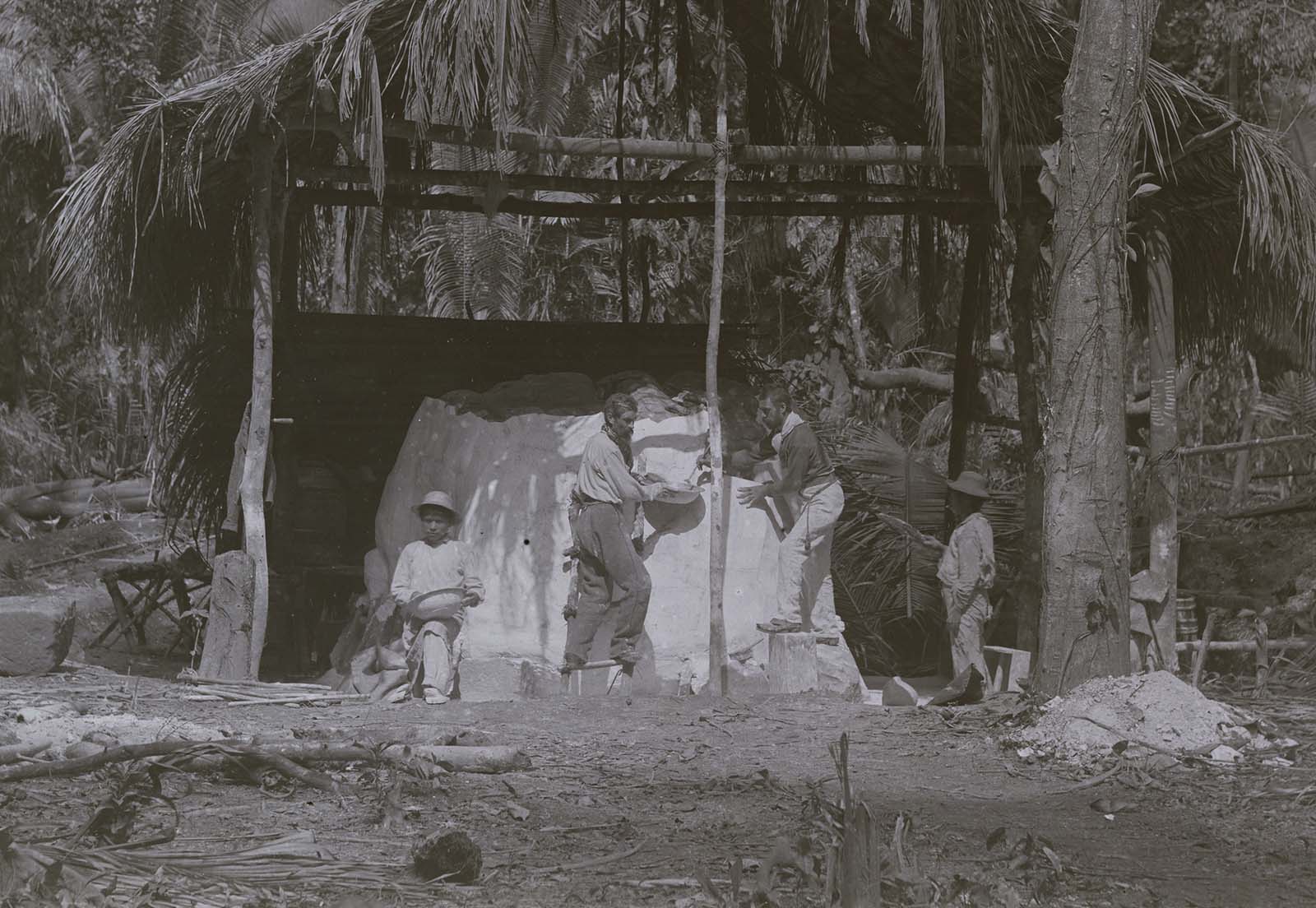 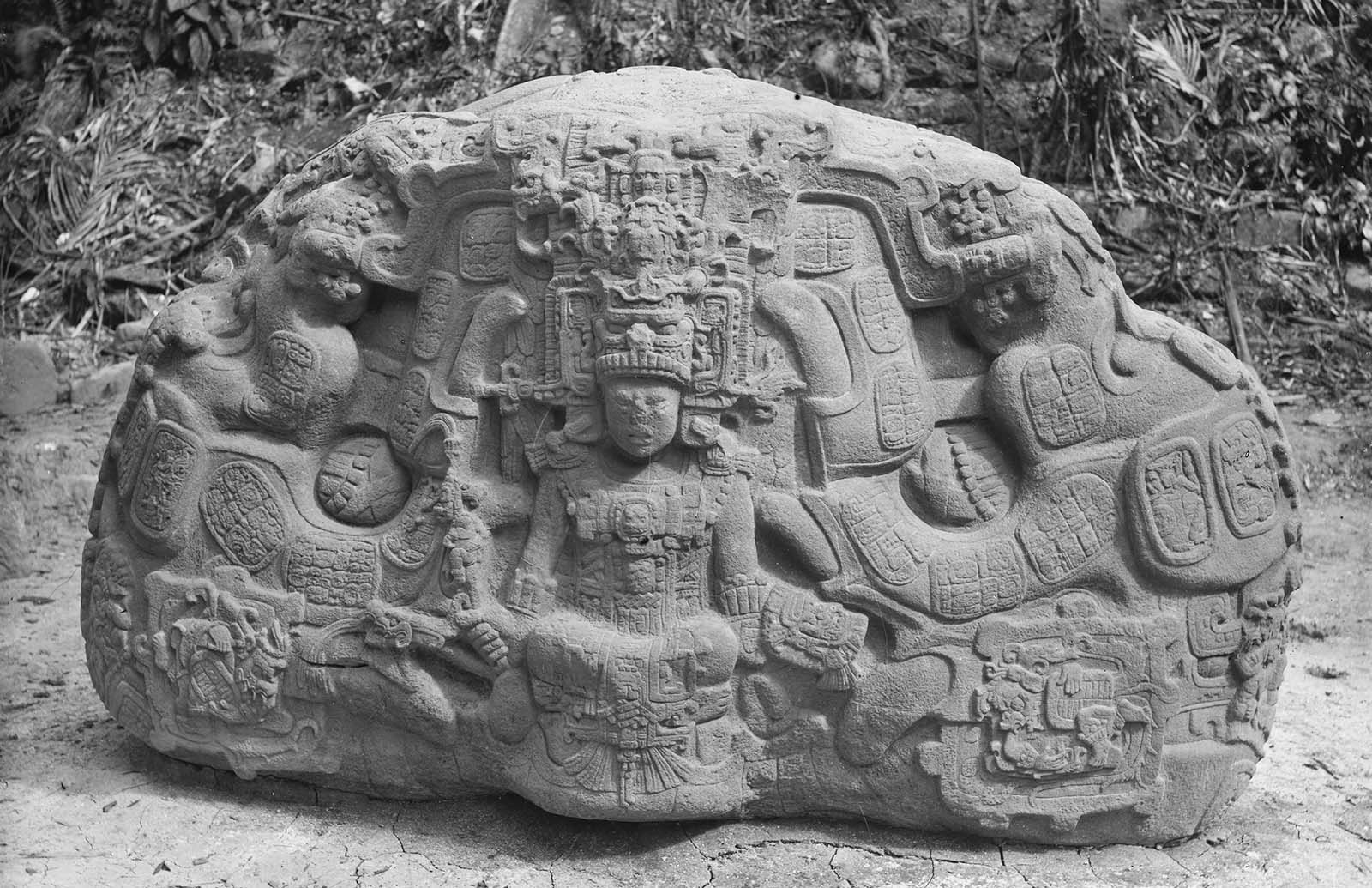 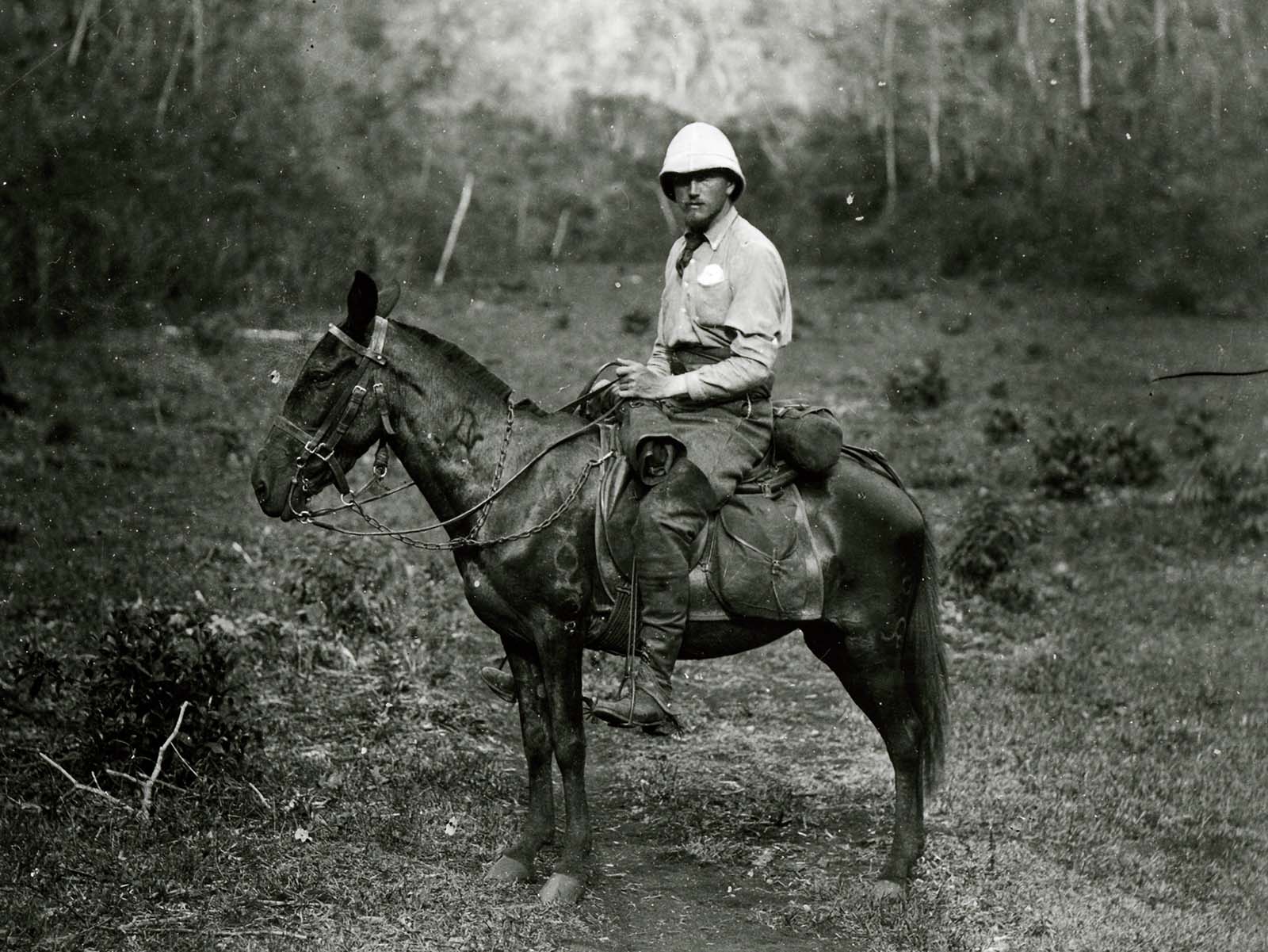 Alfred Percival Maudslay sitting on a mule in a jungle clearing. Photograph taken in Quiriguá, Guatemala, 1890. 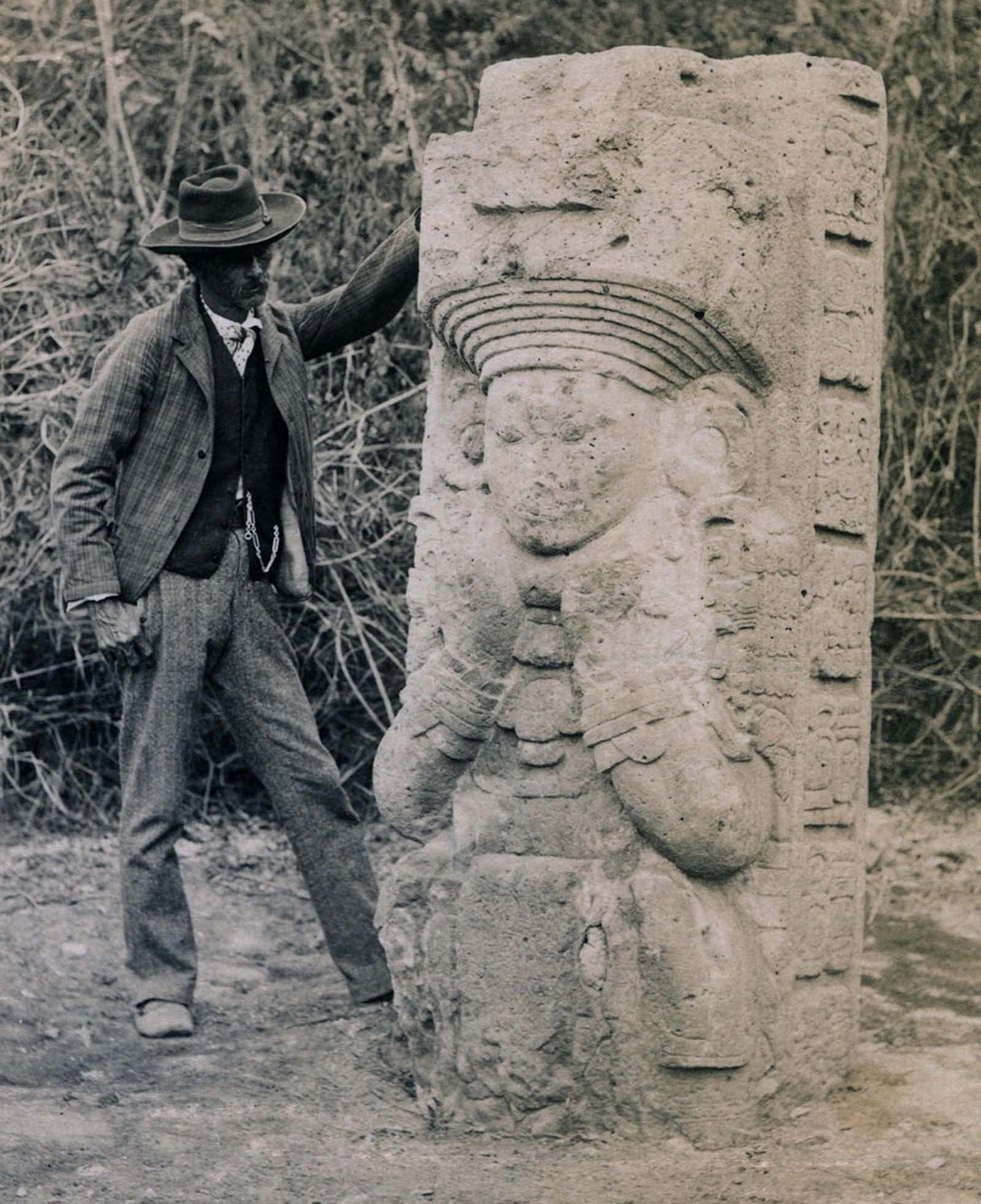 Stela 1 at Copan, Honduras, as found by Alfred P. Maudslay, 1880s. A Honduran man stands next to the stela for scale. 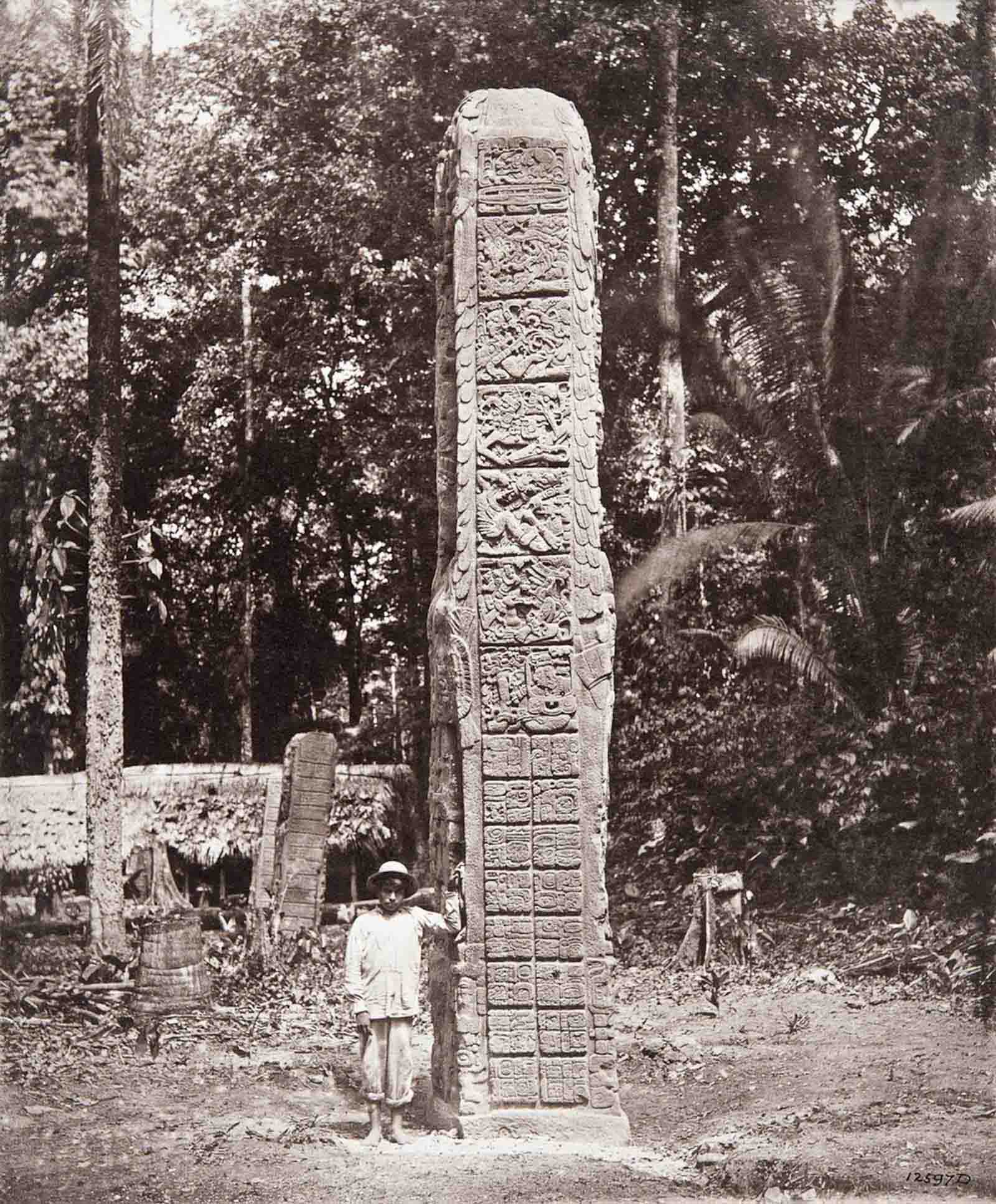 Stela D (also known as Monument 4), dated AD 766. “The inscription on each side of the Stela is headed by an initial series of six squares of picture-writing”, Alfred Maudslay noted of this monument. 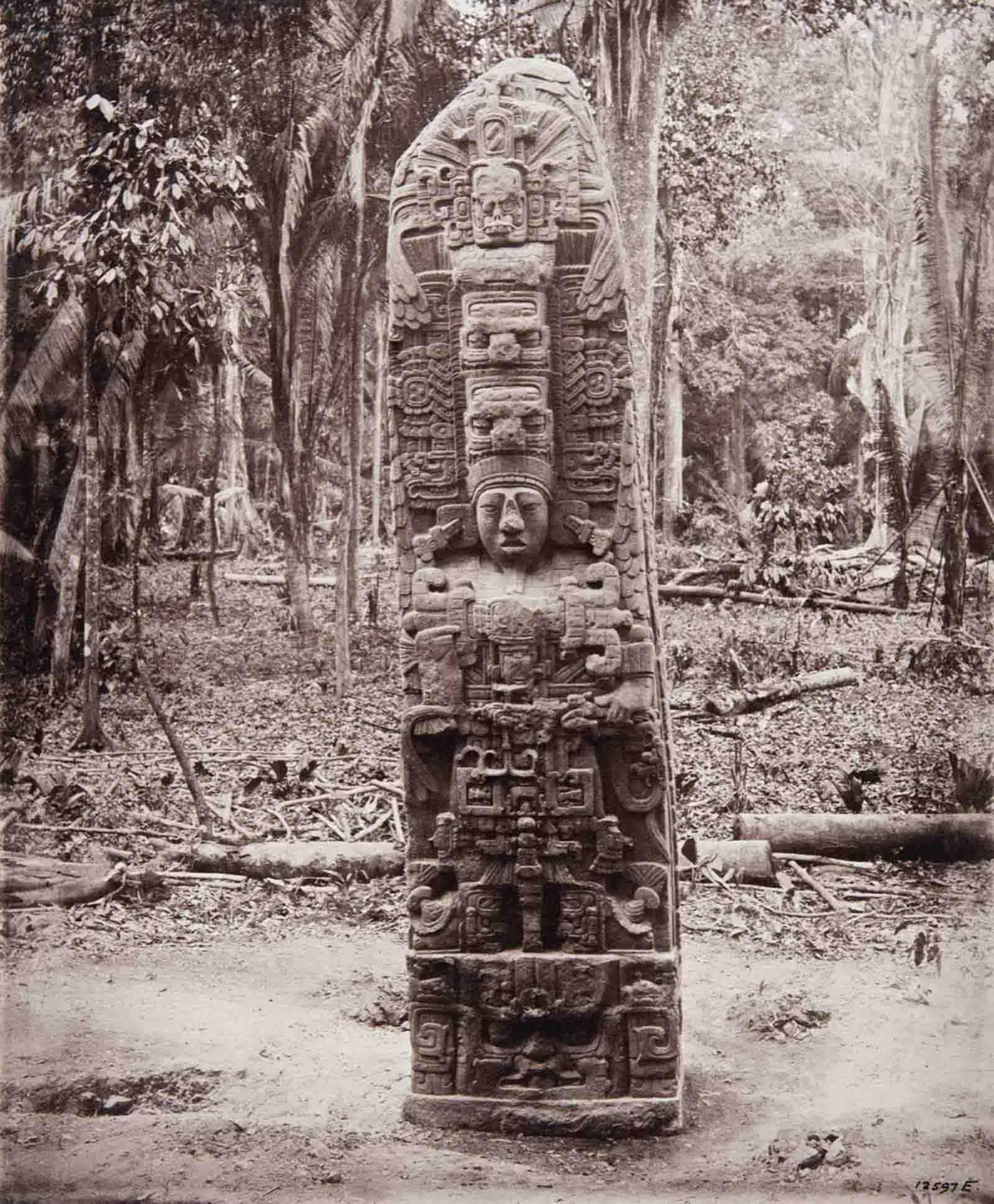 Stela D, dated AD 766. The figure depicted on the craving is that of K’ak’ Tiliw Chan Yopaat, ruler of Quirigua in the mid-eighth century. 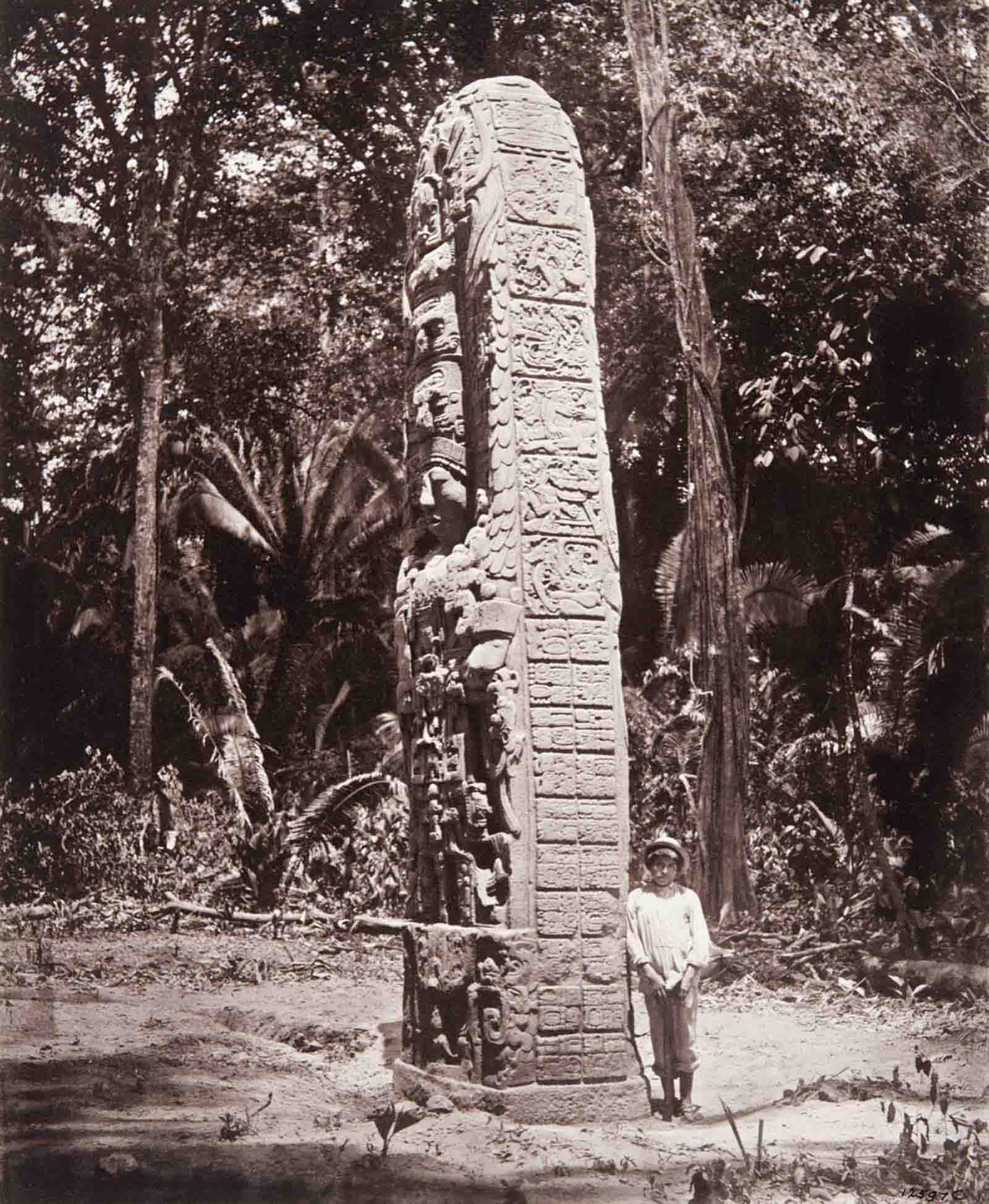 Stela D. Maudslay has included in the photograph one of his local assistants, or mozos, to show the huge size of the monolith, nearly six meters in height. 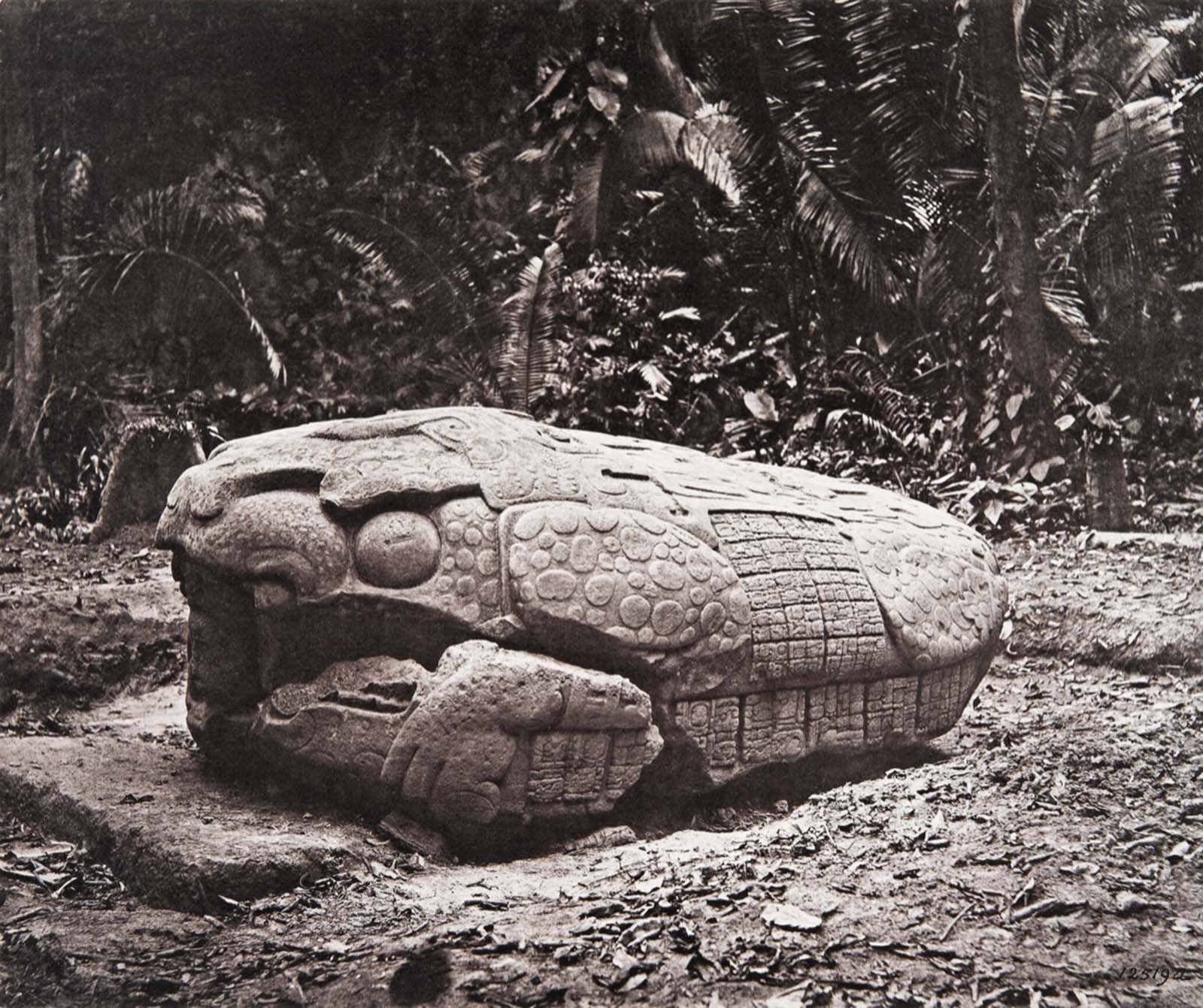 Zoomorph G, dated AD 785. The monument is now understood by scholars to represent a “Waterlily Jaguar” with human figures wearing headdresses emerging from both ends. 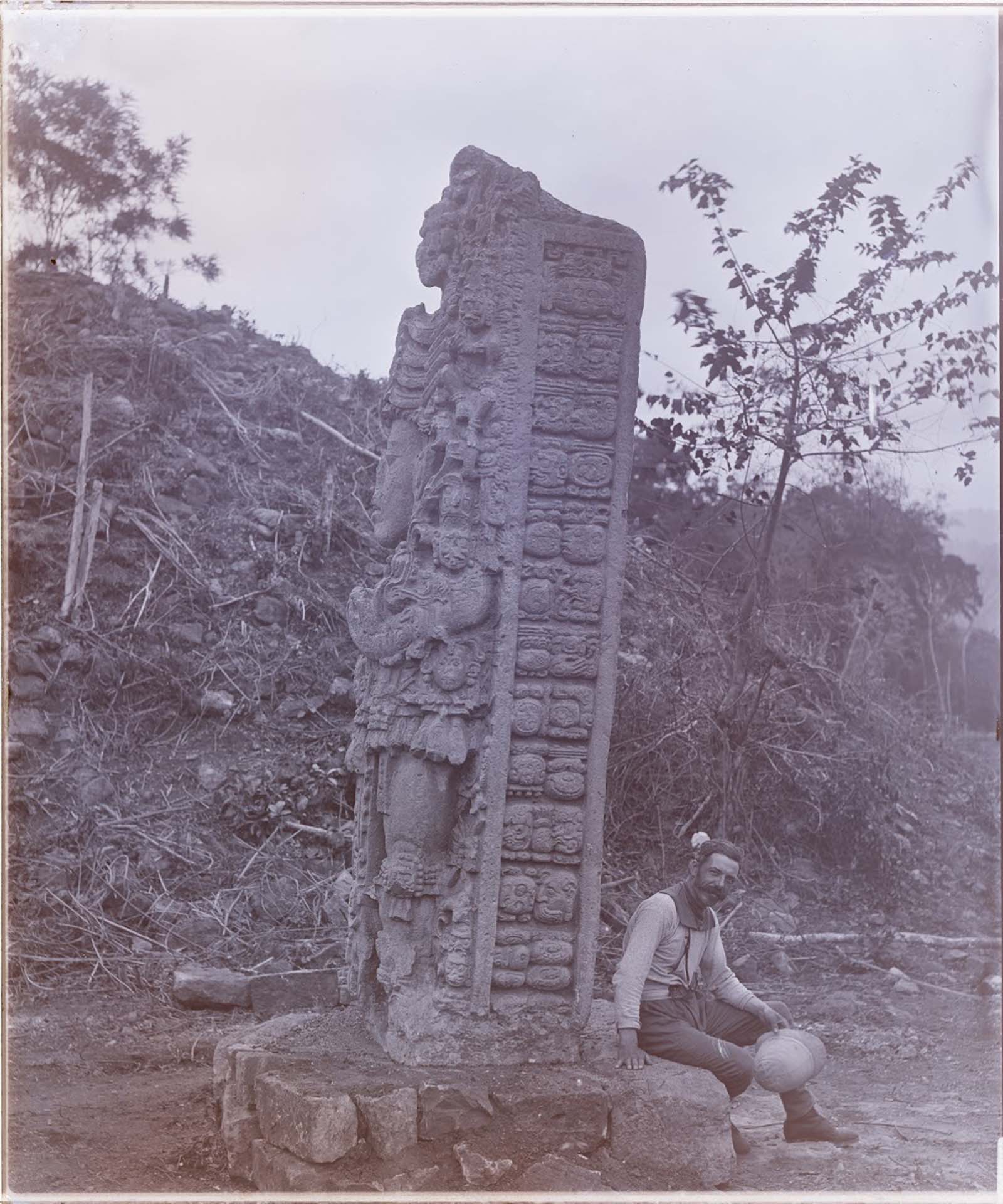 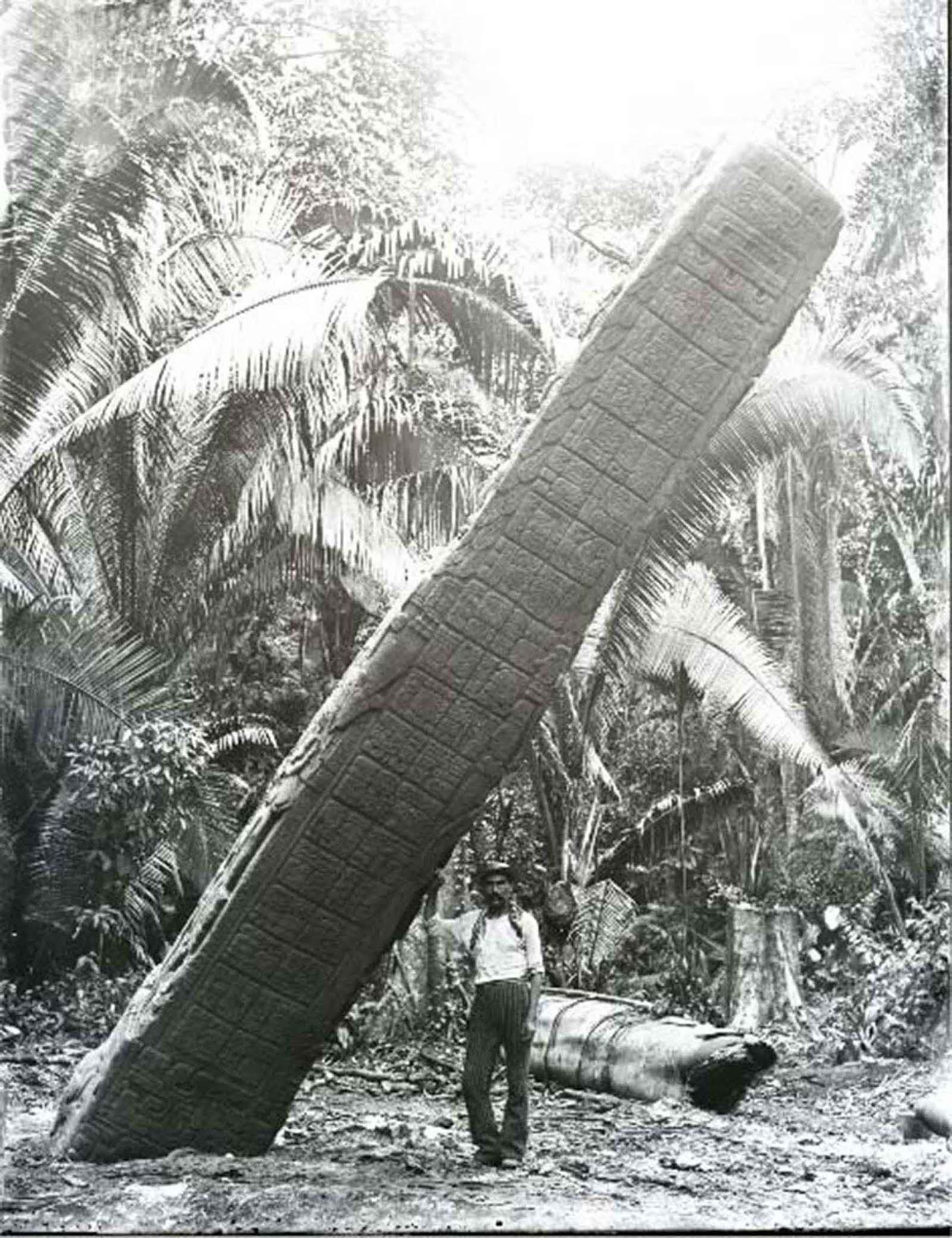 Quiriguá, a man standing with his right hand resting on Stela E, east side. 1894.