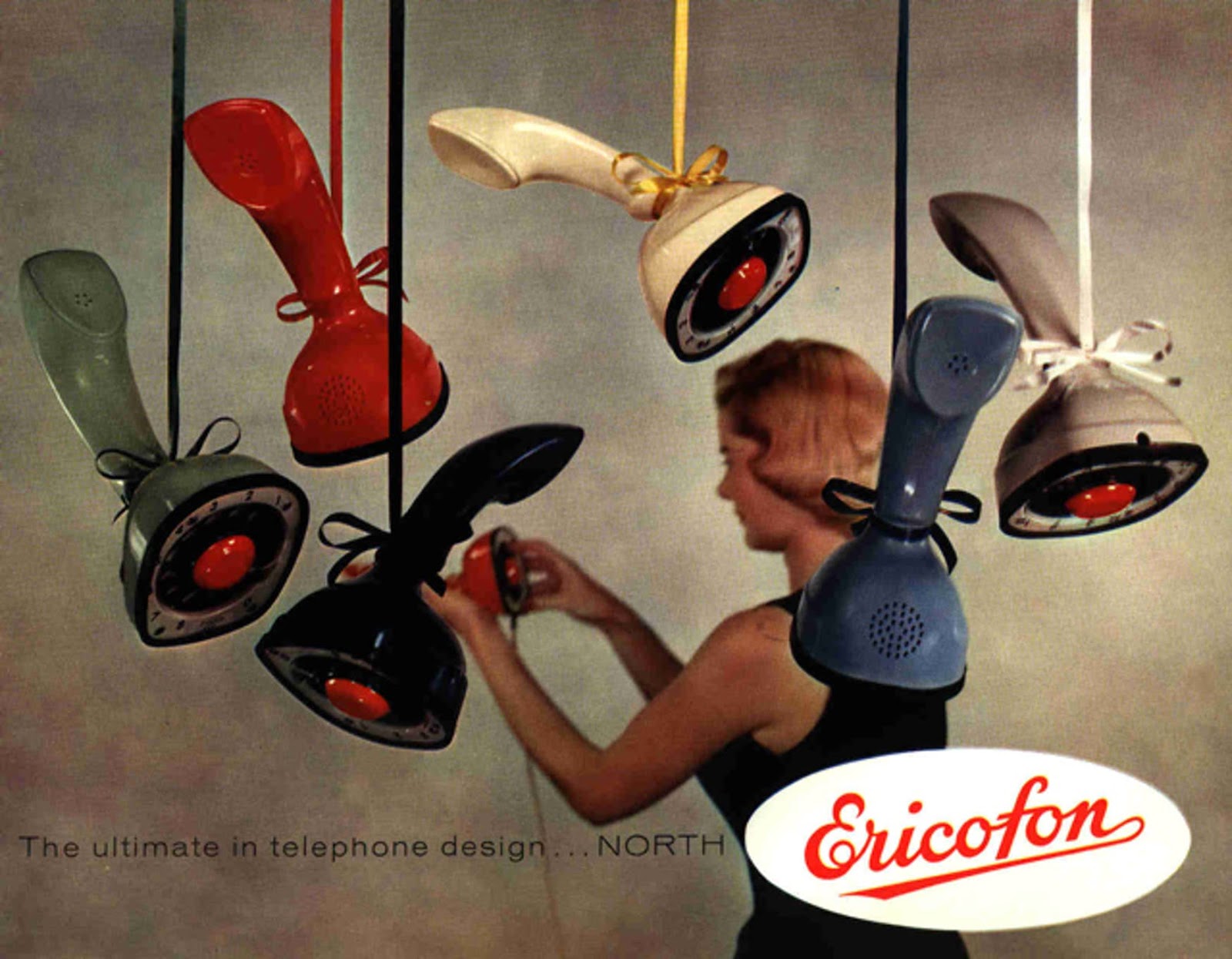 The Ericofon, created by the Swedish phone giant L.M. Ericsson in the 1950s was the lightest phone on the market at the time of its introduction.

It revolutionized the look of this common household object by concealing its dial on the bottom of the base, making it look more like a modernist figurine than a phone. To hang up, you simply set it back down on a table.

Because of its styling and its influence on future telephone design, the Ericofon is considered one of the most significant industrial designs of the 20th century by Phaidon.

It is in the collection of the Museum of Modern Art in New York City. In Sweden, the Ericofon is known as the cobra telephone for its resemblance to a coiled snake.

The phone was designed in the late 1940s by a design team including Gösta Thames, Ralph Lysell, and Hugo Blomberg and serial production began in 1954.

Early models were sold only to institutions, but in 1956 production for the open market began in Europe and Australia.

As the Bell System did not permit the operation of third-party equipment on their network, the Ericofon could only be used by independent telephone companies in the United States. North Electric in Galion, Ohio, manufactured the Ericofon for the North American independent market. 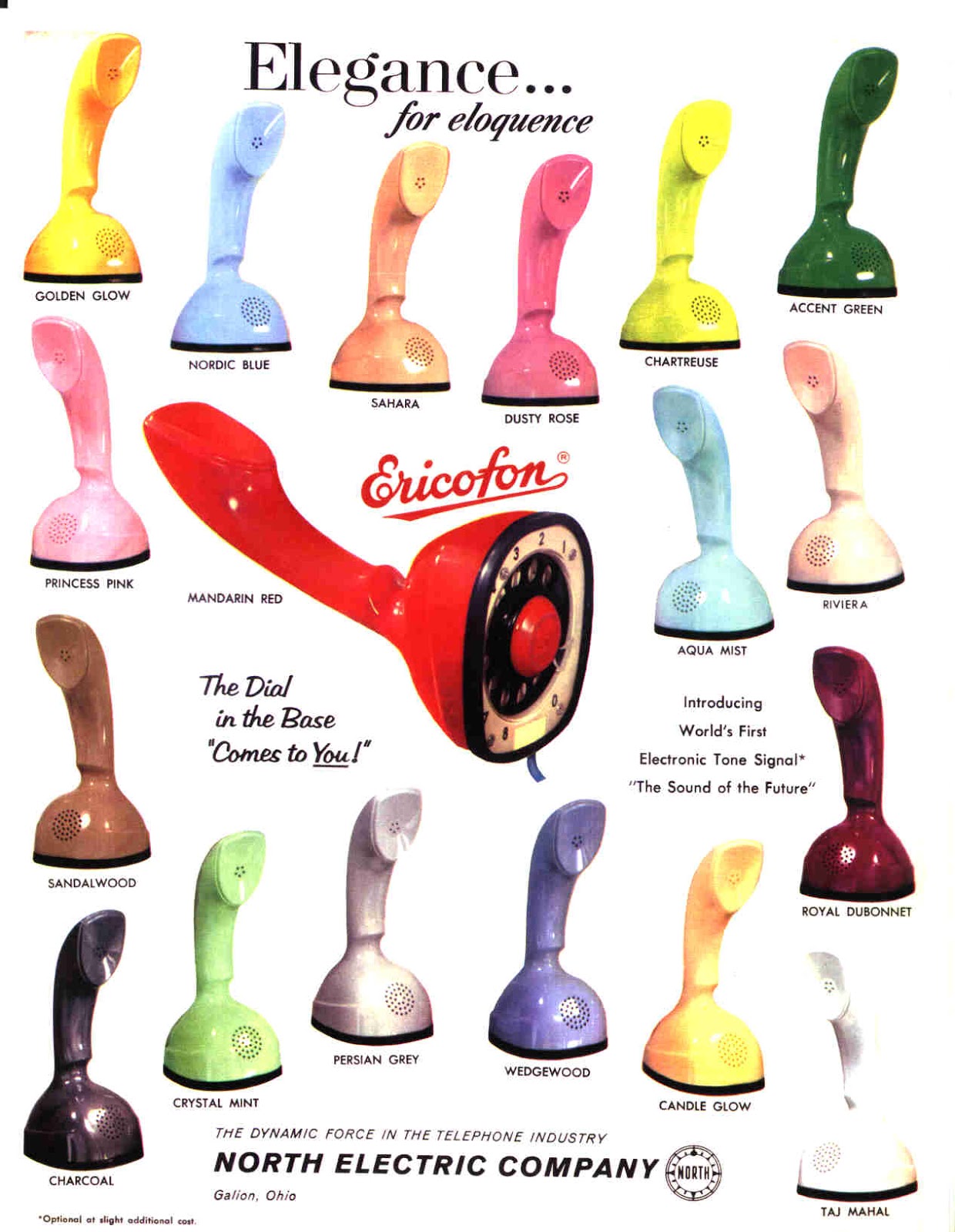 The original phone was produced in two slightly different designs. The earliest version is slightly taller, with the earpiece at nearly a 90-degree angle to the base.

A later version has a shorter handle, with the earpiece angled slightly downward. The two versions are referred to as the old case and the new case.

The old case was molded in two pieces, while the new case was molded as a single piece. Both versions were initially produced in 18 colors. They used the four-prong plug common in the United States at the time.

When it was introduced on the U.S. market, the Ericofon was available in 18 colors, but after the transfer of production to North Electric, the number of colors was reduced to eight. A small number of phones with clear and metallic finishes were produced for special promotions.

The most popular and widely produced colors were bright red and bright white. Other colors included various pastel shades of blue, green, and pink. The phone was never produced in black. 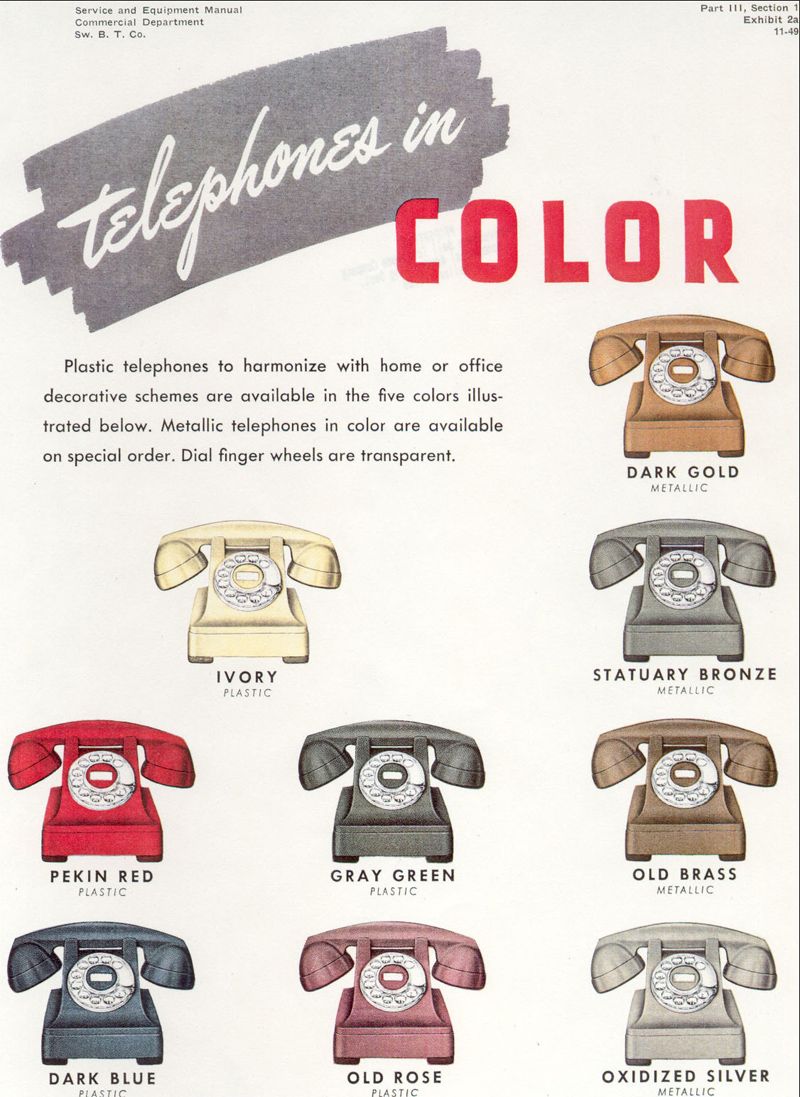 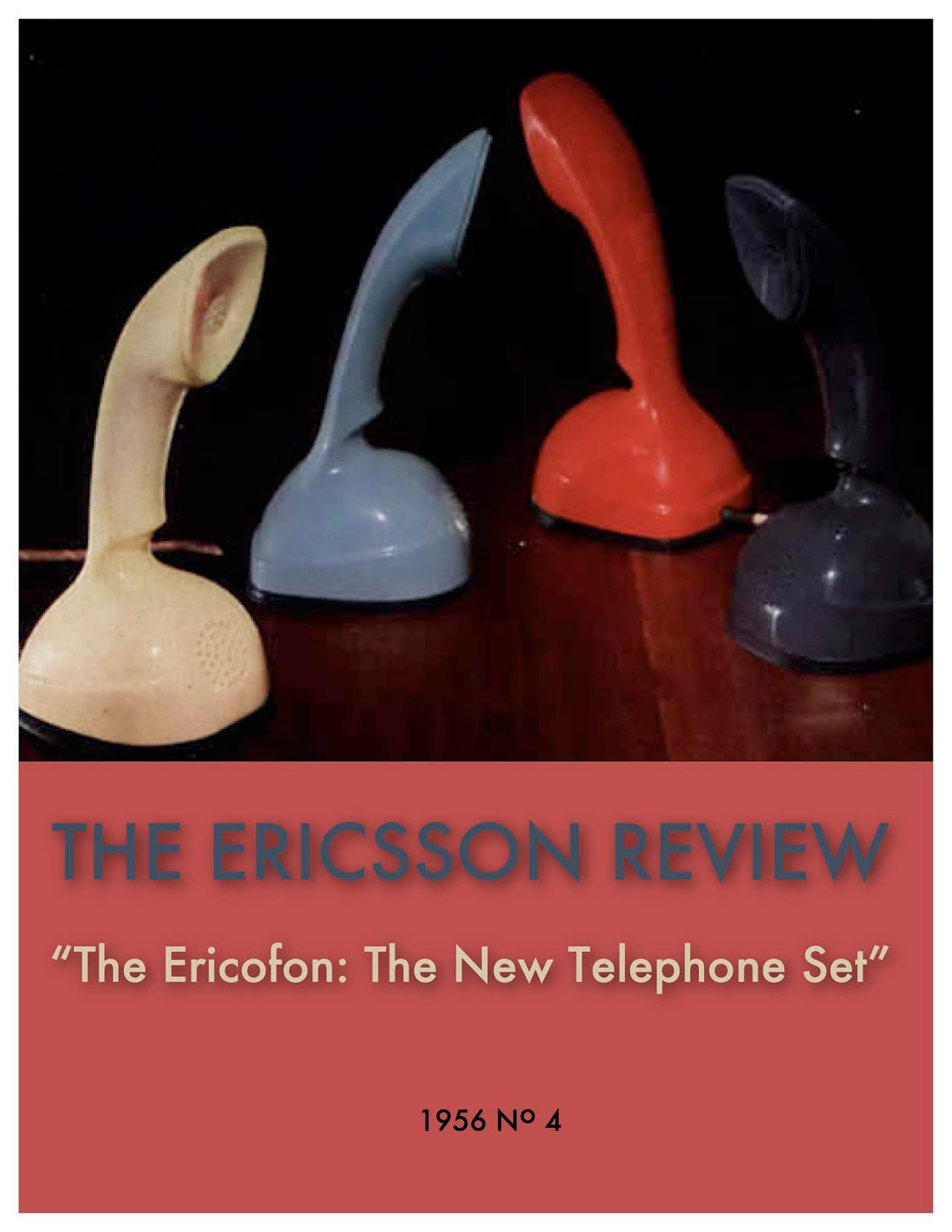 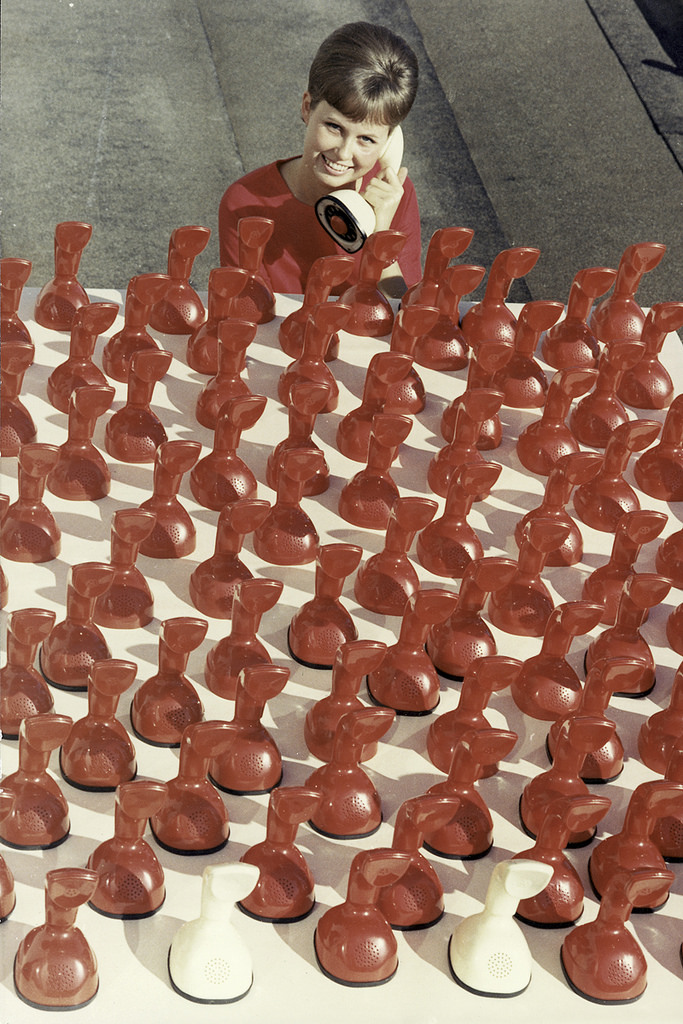 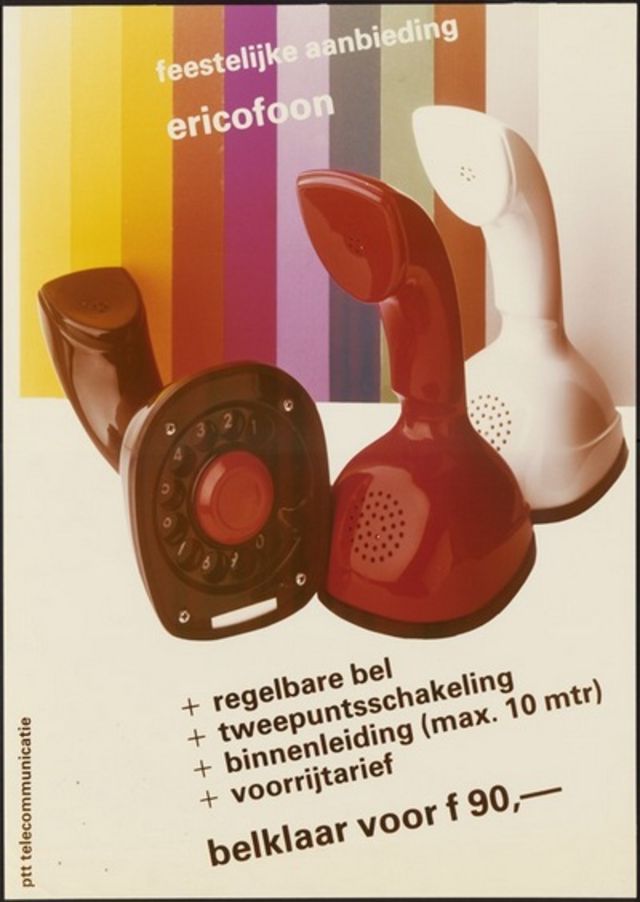 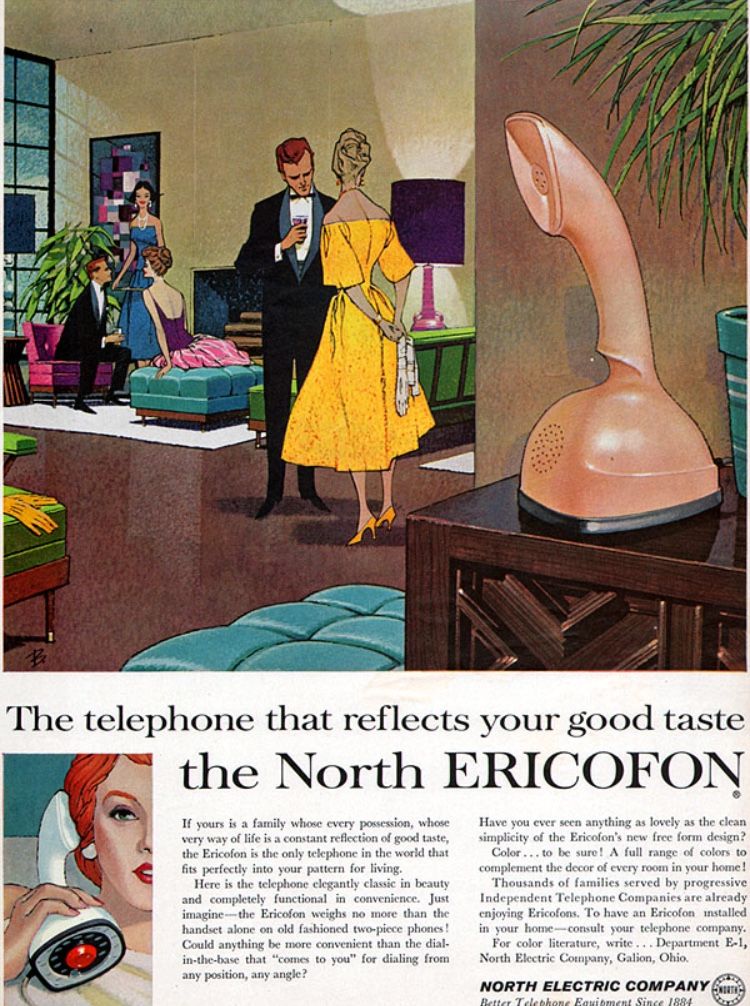 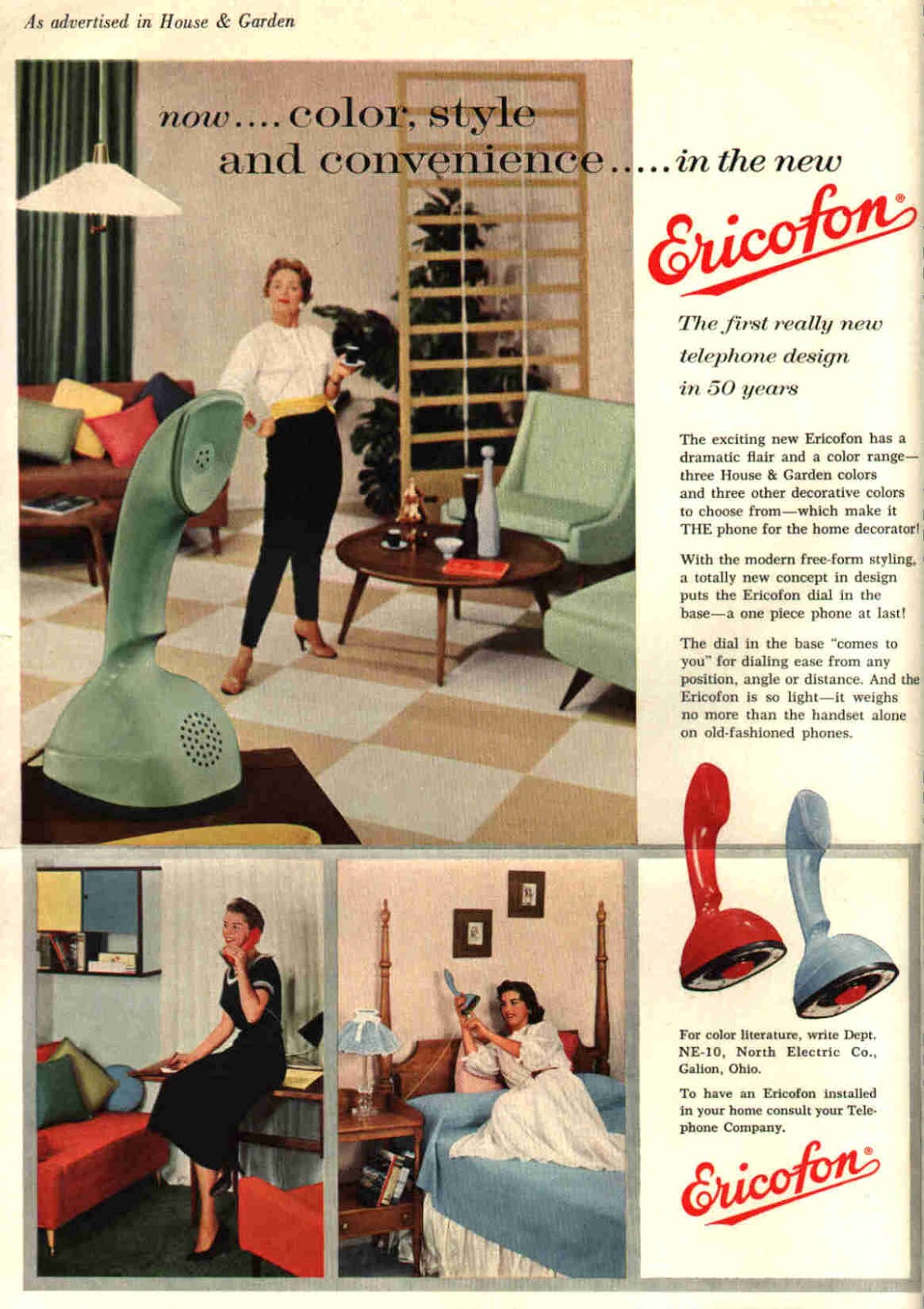 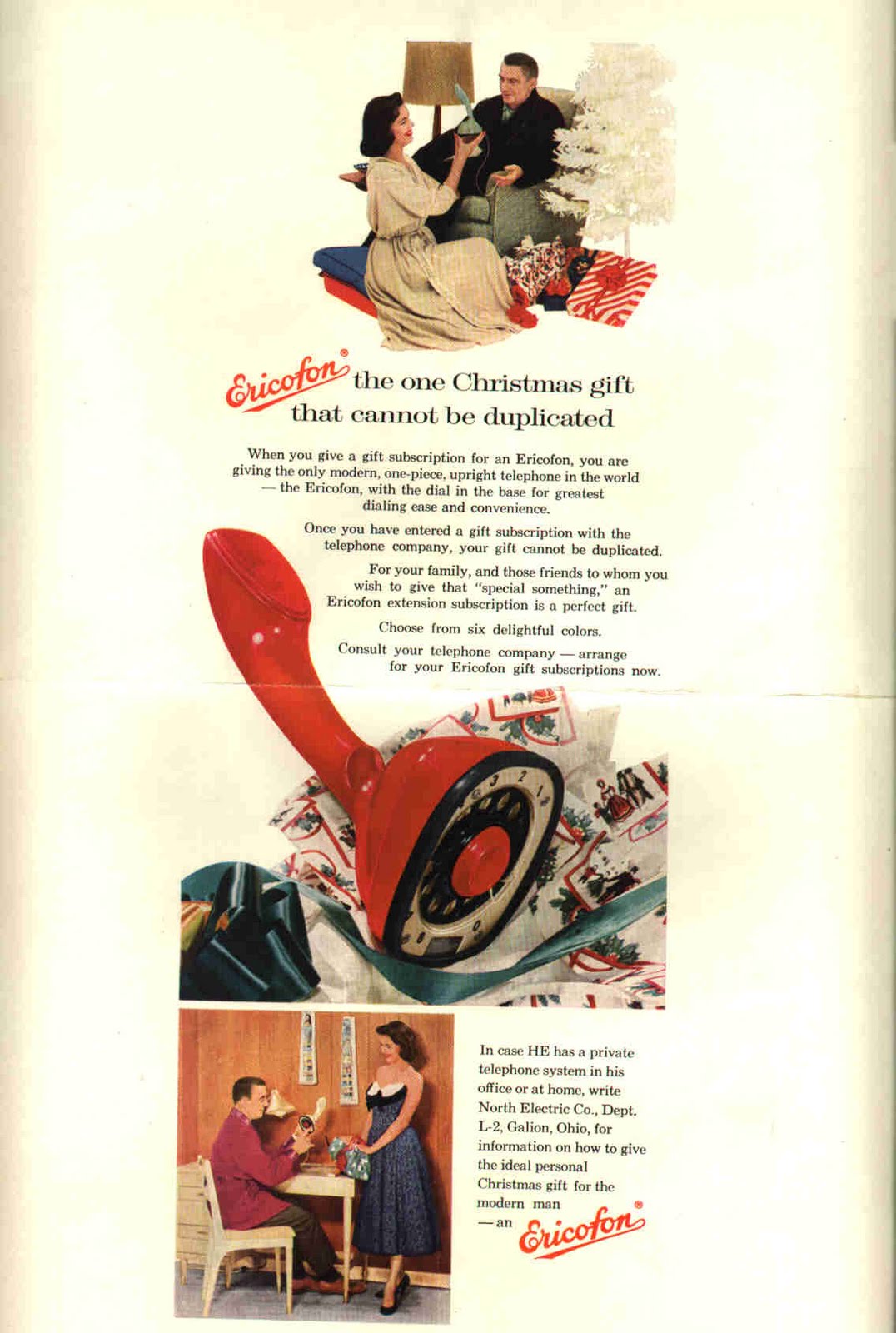 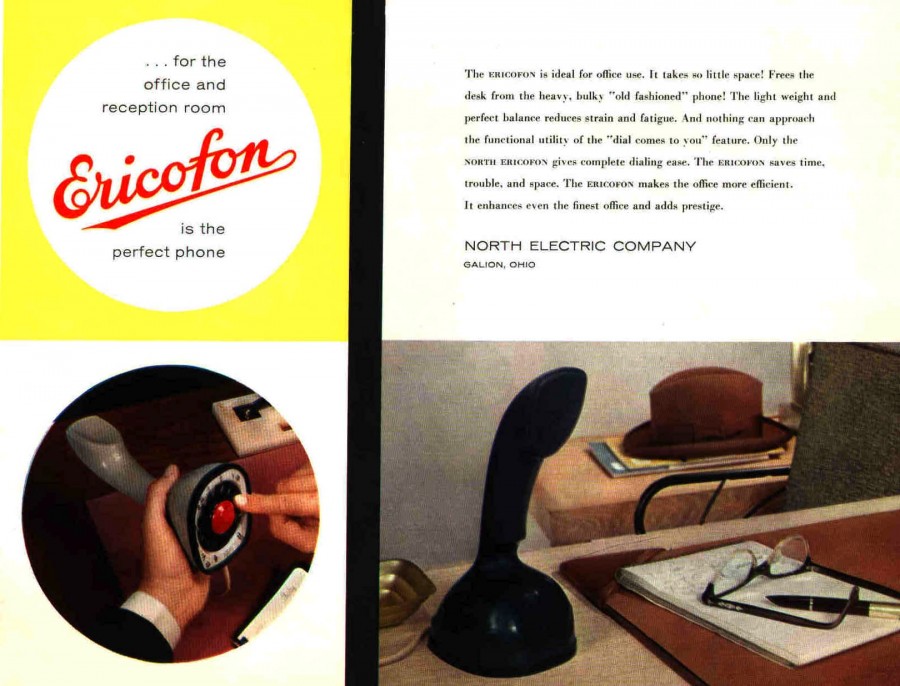 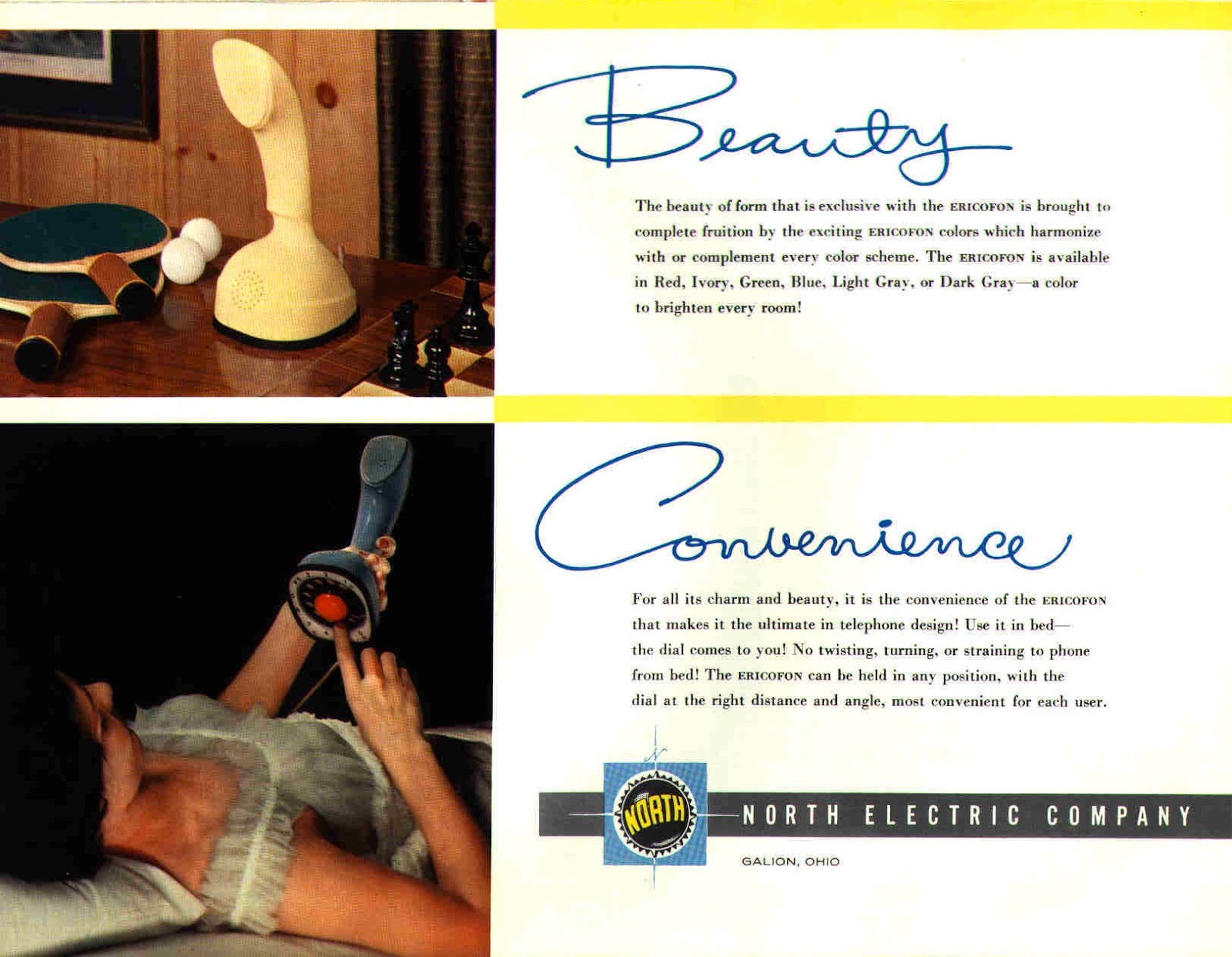 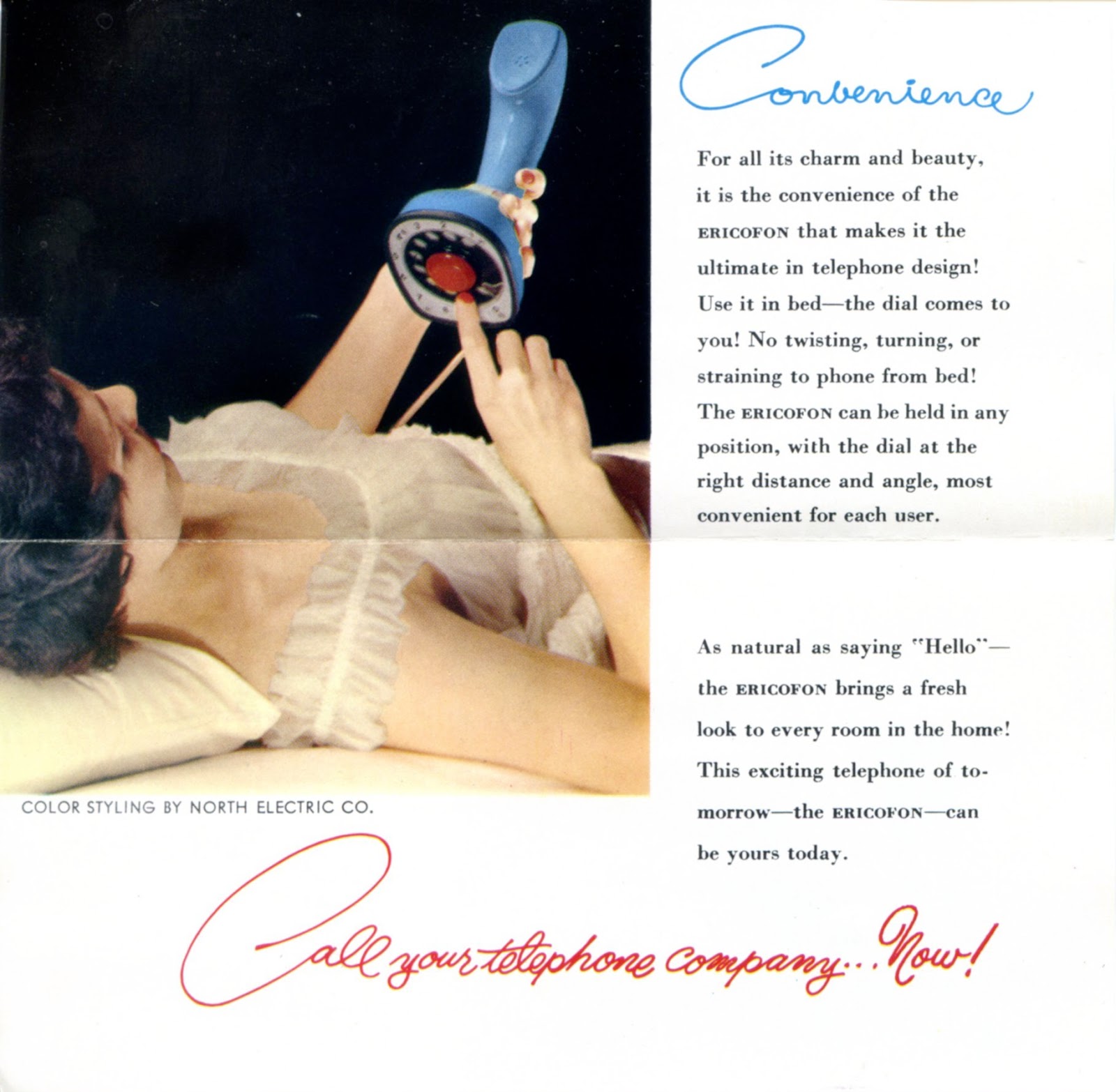 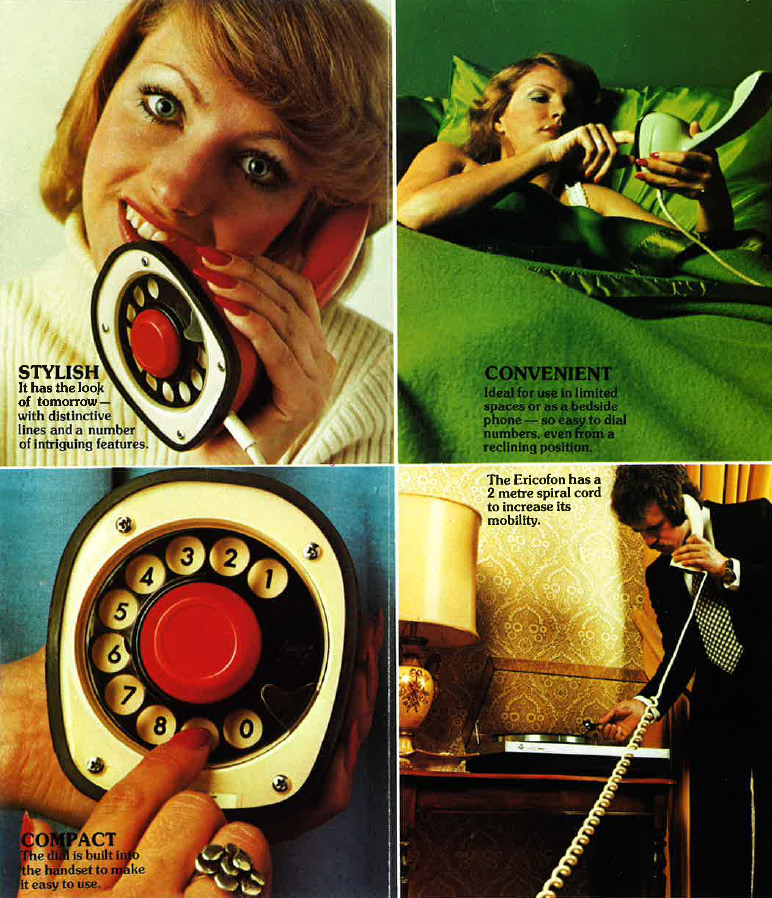 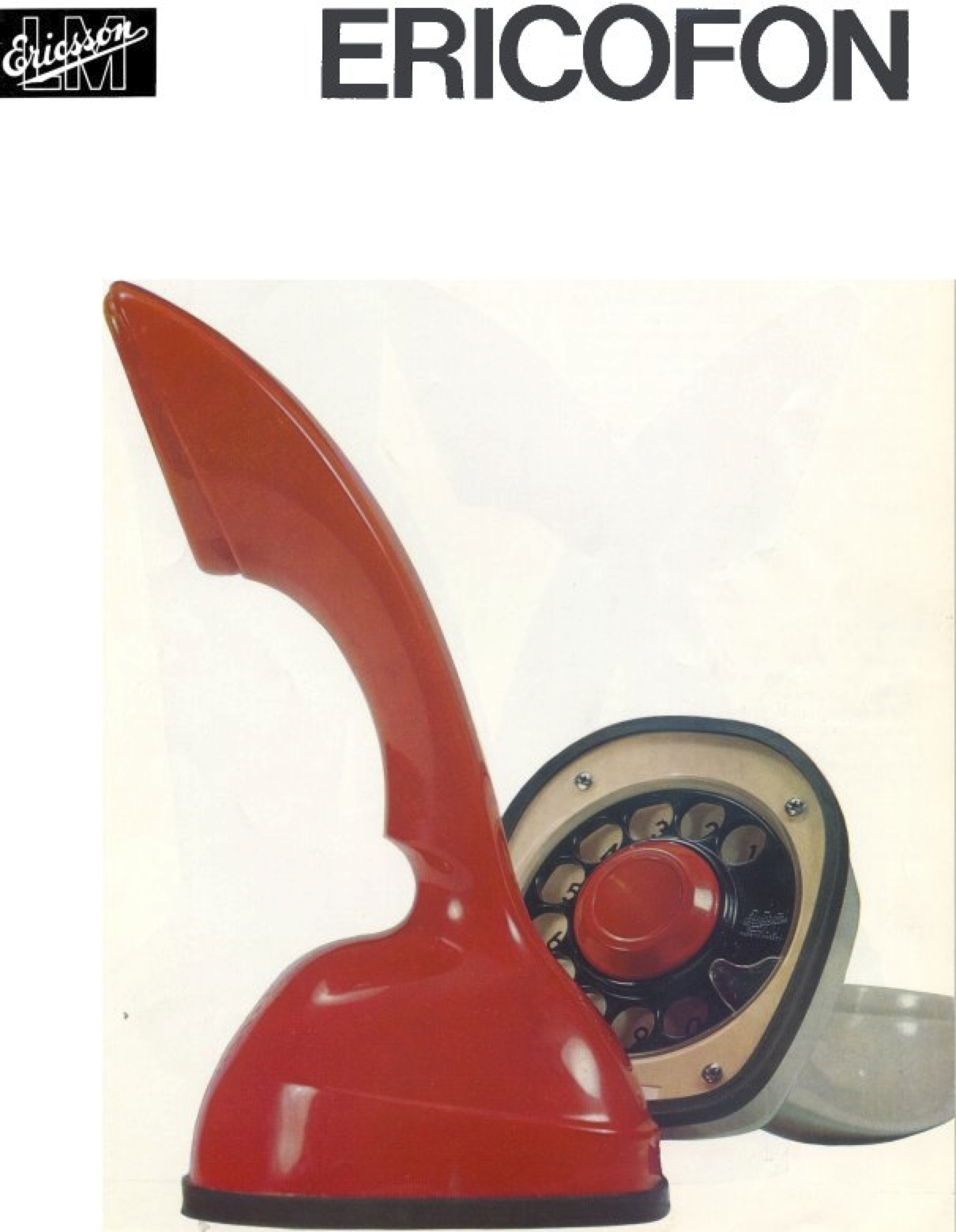 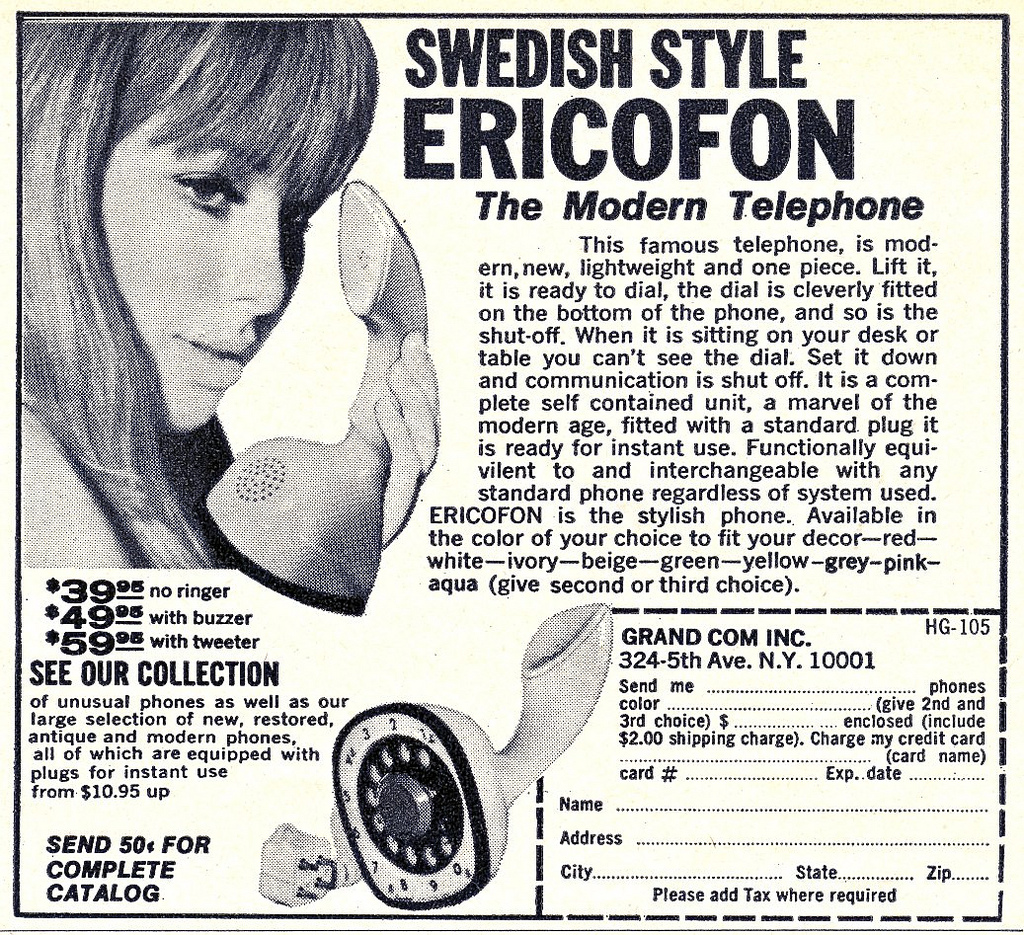 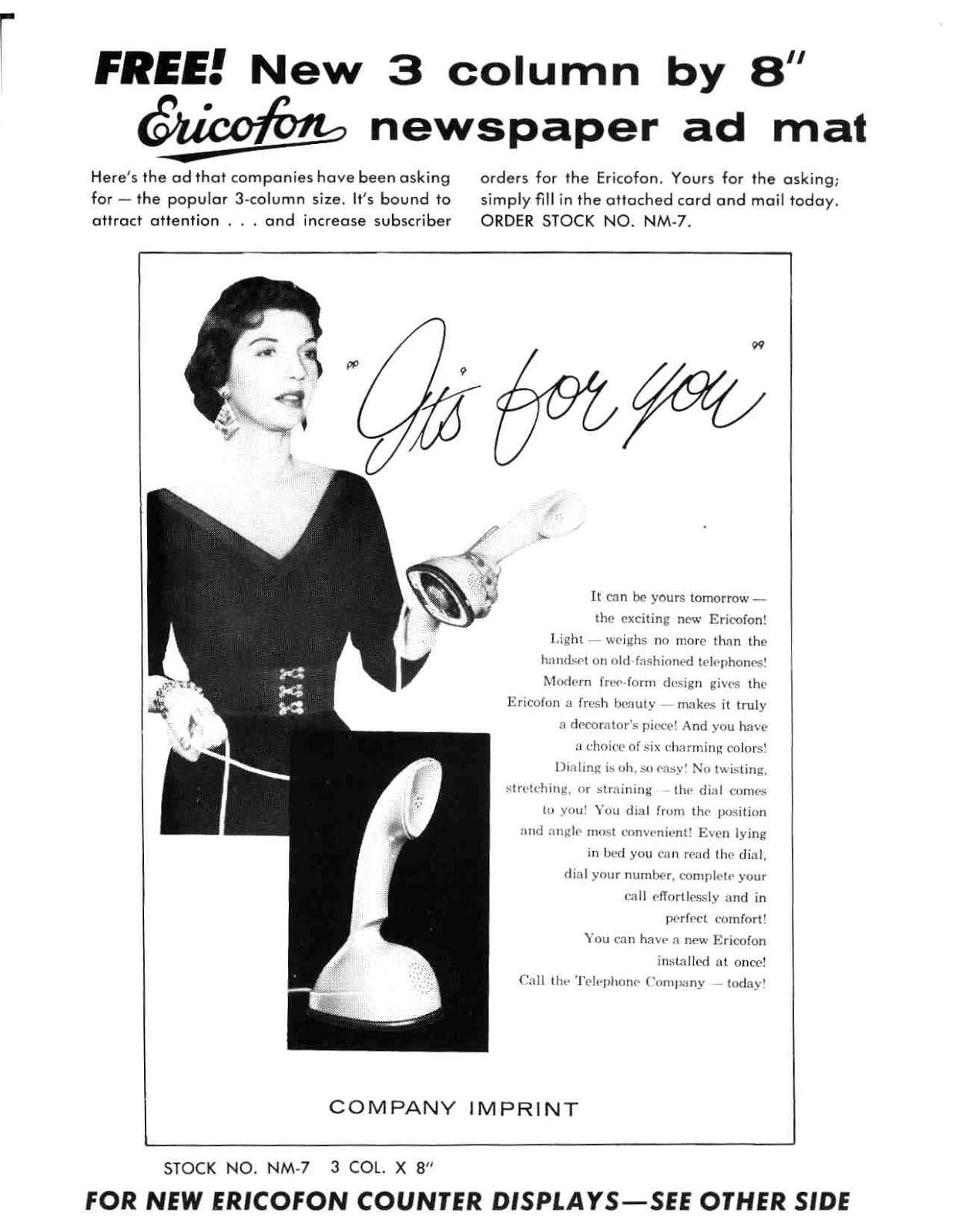 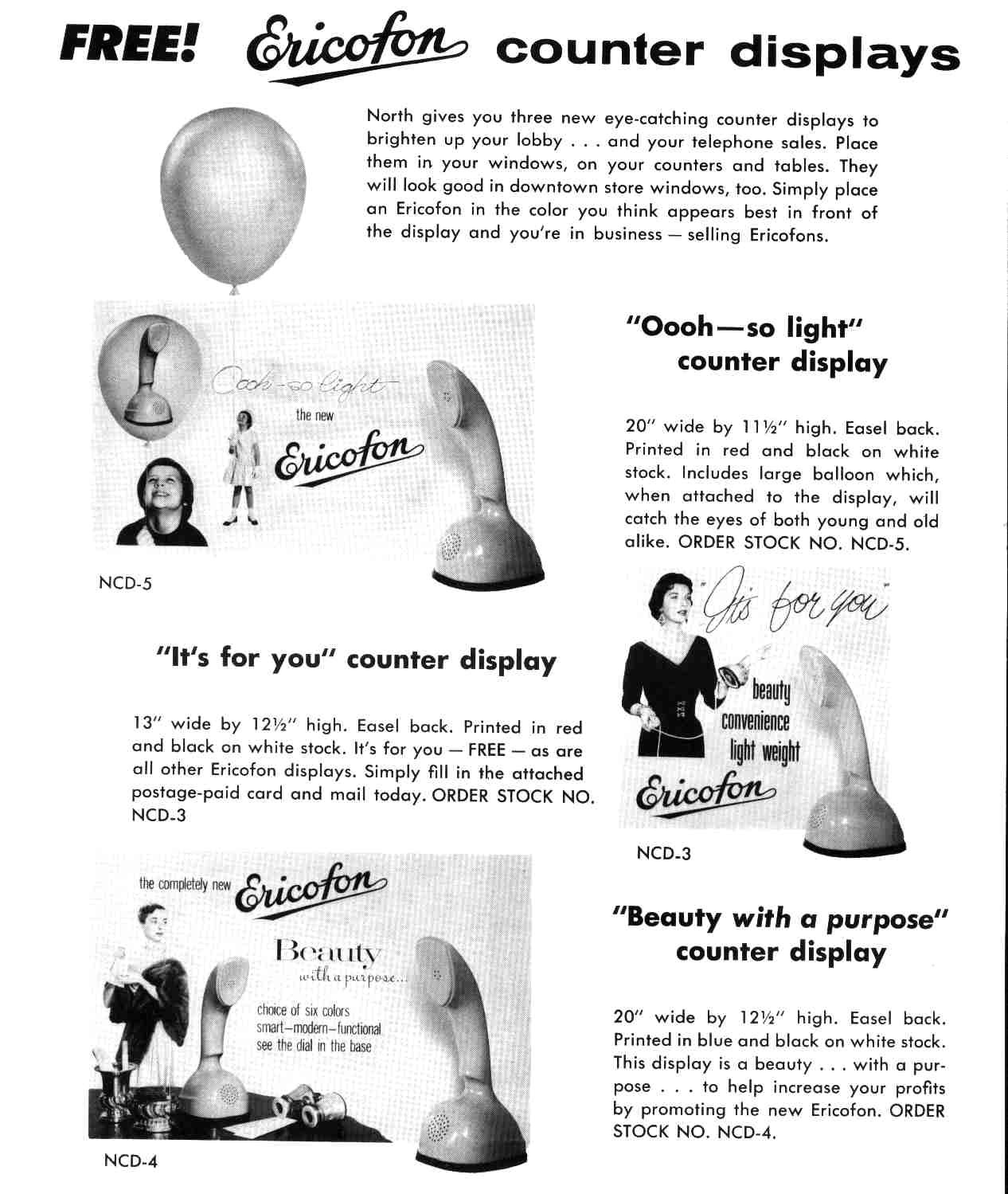 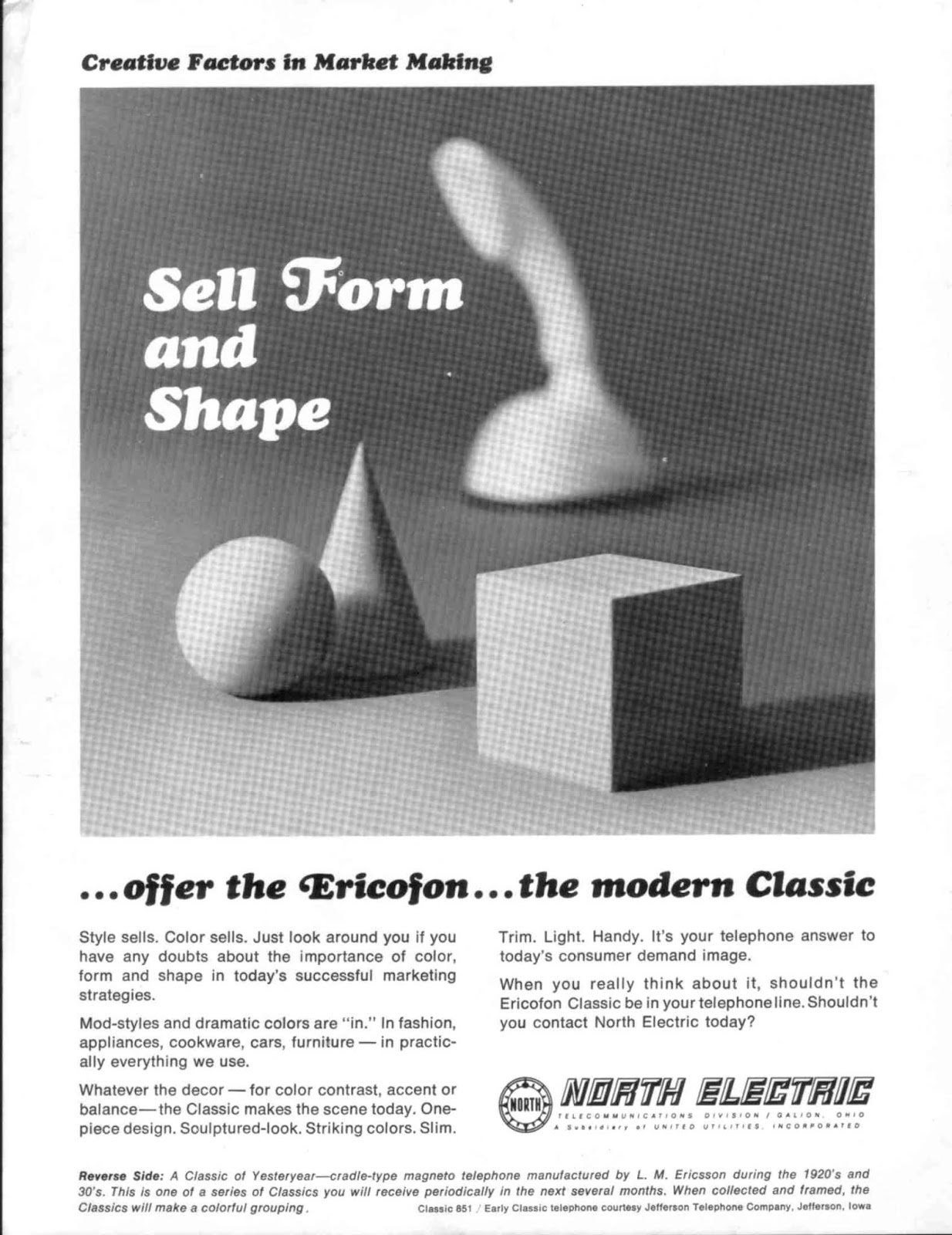 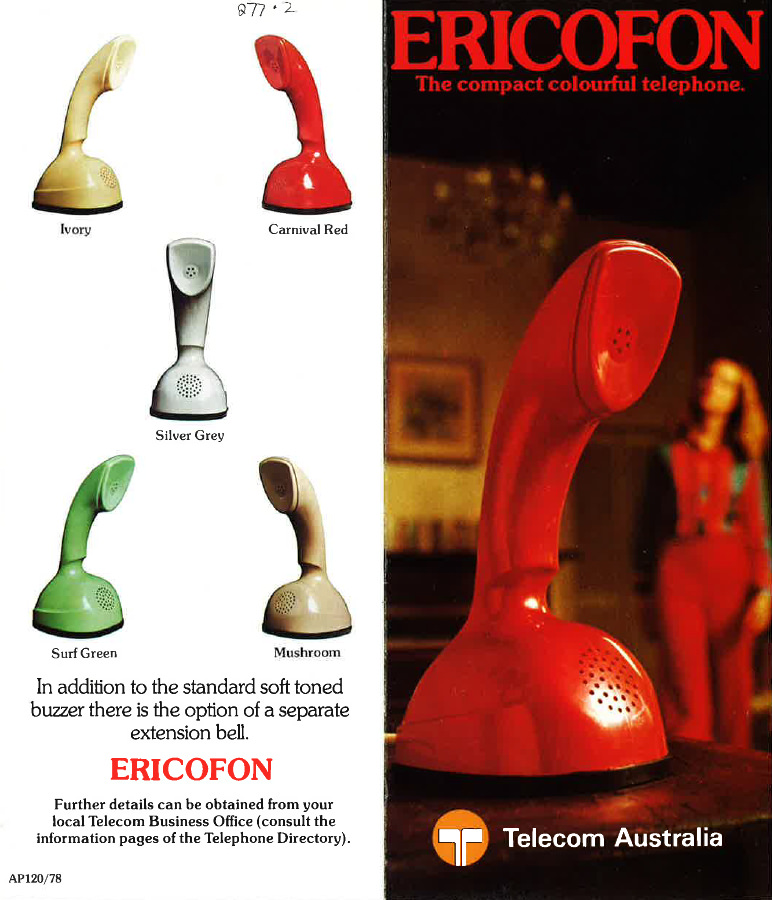