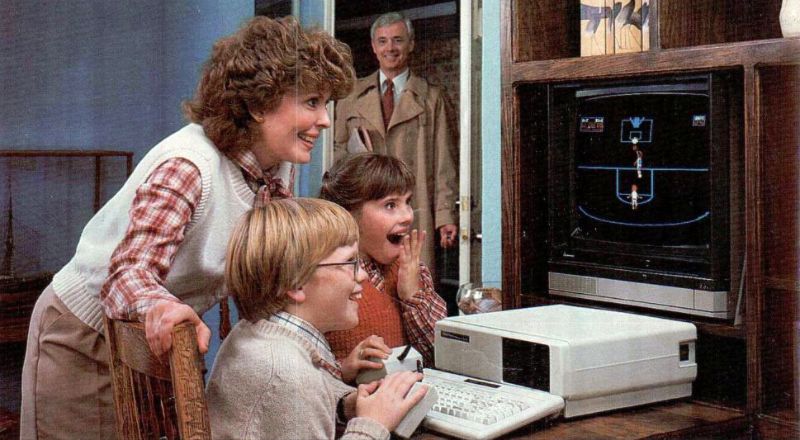 It’s quite fascinating to read the vintage magazine adverts because nothing gets old faster than technology news and ads.

In this article, we’ve collected some retro computer ads to give you a hands-on look into what made the tech headlines before the age of smartphones, tablets, and high-end laptops. It’s amazing how far we’ve come.

Do you know that your phone already has way more processing power than all the Apollo 11 computers in the Lunar Lander that put humankind on the moon? Do you know that the first HDD introduced in 1979 by Seagate was only 5 MB and was priced at $1500 USD?

Browsing these vintage computer advertisements can really showcase some of these changes, from the 1950s when huge computers were just for industrial and business users to the days when they became ubiquitous for the average consumer. 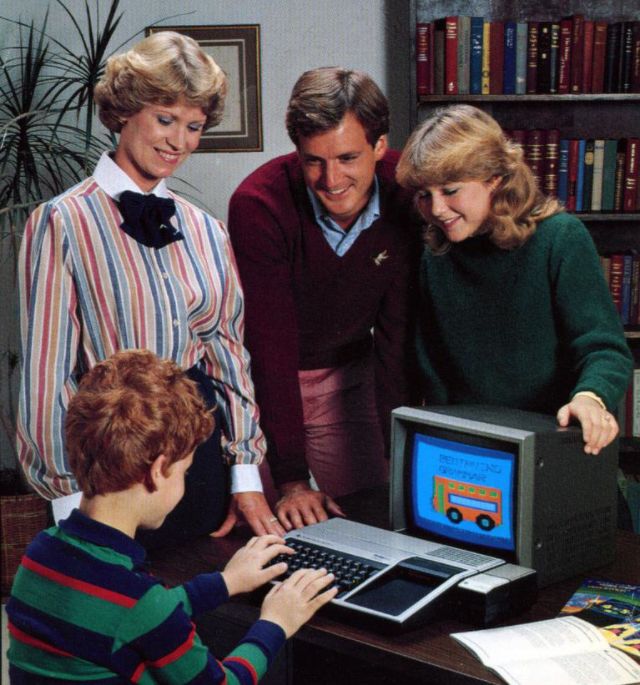 The computers produced and marketed during the 1980s only helped to increase the popularity of these convenient pieces of equipment throughout the decade and beyond.

By the time the 1980s came to an end, it was unusual for a household to be without a personal computer. People were using them to play games and many other things, such as talking with others in the office network and other business-related applications.

The computers during the 1980s also became more attractive and user-friendly as more and more people were buying them.

In 1982, the Commodore 64 took the nation by storm because of its price and the new capabilities that it offered. In addition to its unheard-of $400 price tag (which was inexpensive for a personal computer at the time), it also had 64 Kb of RAM.

This amount of RAM far surpassed any of the previous models and it was one of the major selling points that made this personal computer system one of the best-selling models of all time.

Even 10 years after it was first introduced, the 22 million units of the Commodore 64 that were sold have been unmatched by any other single computer model.

In 1984, the Apple Macintosh made its appearance in the personal computer market. For $2500, computer users could own an Apple Macintosh that had several added features than the computers from the previous decade.

Introduced in a commercial during the 1984 Super Bowl, the Apple MacIntosh quickly became popular with its 128 Kb of Ram and its already installed 3.5” floppy disk drive.

Users were delighted to use unique MacIntosh programs, including MacWrite (for word processing), Aldus PageMaker (for desktop publishing), and the MacPaint program (ideal for editing images). The MacPaint program also showed users the importance of using a mouse with a personal computer.

In addition to these capabilities, the Apple Laser Printer quickly became the preferred printer of choice for computer owners of all brands.

The 1980s provided an ideal bridge between the beginning of the personal computer revolution in the 1970s and the flourishing of computers during the 1990s.

Computer companies during the 80s took risks to help create more convenient models with increasing capabilities that everybody could take advantage of.

As a result of their technology design and hard work, the following decade was able to become what many refer to as “The Age of Personal Computers.”

Home computers were usually sold already manufactured in stylish metal or plastic enclosures. However, some home computers also came as commercial electronic kits like the Sinclair ZX80 which were both home and home-built computers since the purchaser could assemble the unit from a kit.

Advertisements in the popular press for early home computers were rife with possibilities for their practical use in the home, from cataloging recipes to personal finance to home automation, but these were seldom realized in practice.

For example, using a typical 1980s home computer as a home automation appliance would require the computer to be kept powered on at all times and dedicated to this task. Personal finance and database use required tedious data entry.

By contrast, advertisements in the specialty computer press often simply listed specifications, assuming a knowledgeable user who already had applications in mind.

If no packaged software was available for a particular application, the home computer user could program one—provided they had invested the requisite hours to learn computer programming, as well as the idiosyncrasies of their system.

Since most systems arrived with the BASIC programming language included on the system ROM, it was easy for users to get started creating their own simple applications.

Many users found programming to be a fun and rewarding experience, and an excellent introduction to the world of digital technology.

Can Your Processor Pass This Screen Test?

Sexy Penril Modem. Bold to use “sexy” and “modem” in the same line.

Two Bytes Are Better Than One.

The New 16K RAM Card That Turns Your Computer into A Working Giant.

The Small Computer That Won’t Fence You In.

Putting Color to Work in Computers.

What Kind of Man Owns His Own Computer?

What The Heck is Electronic Mail?

How to Turn A Sea of Data into Data You Can See. 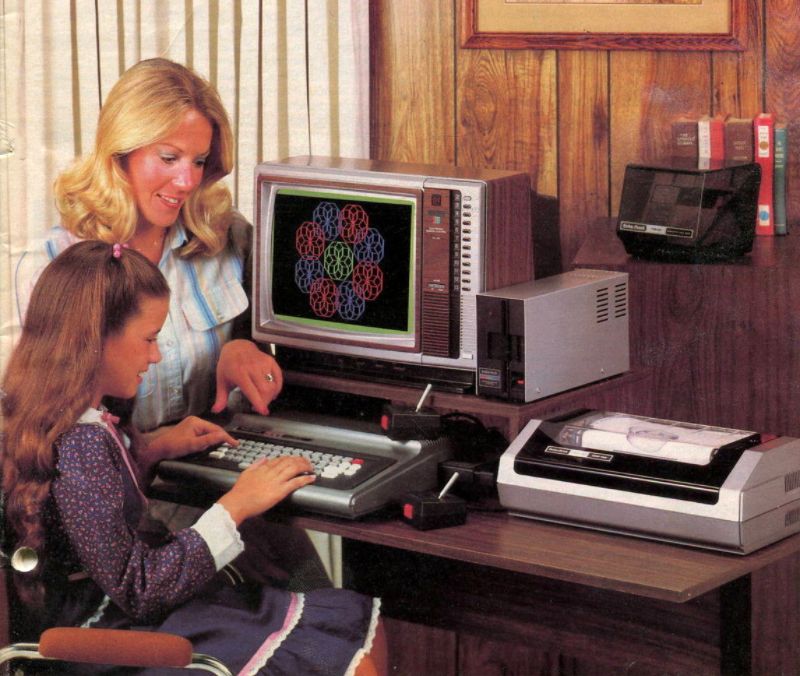 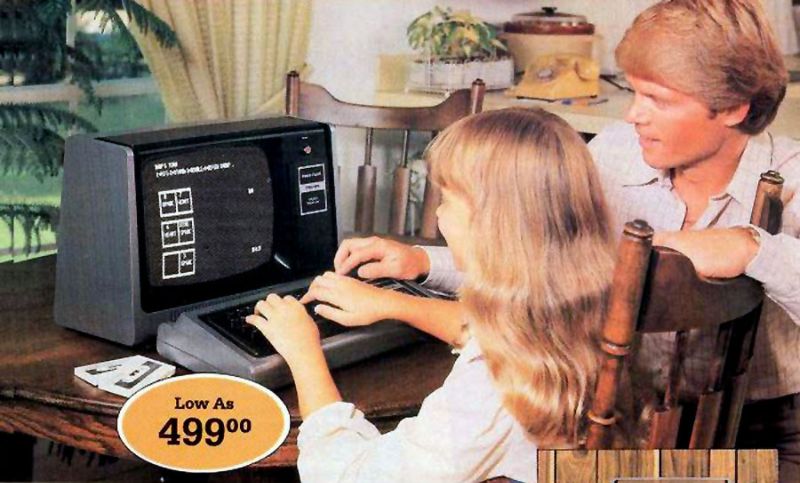 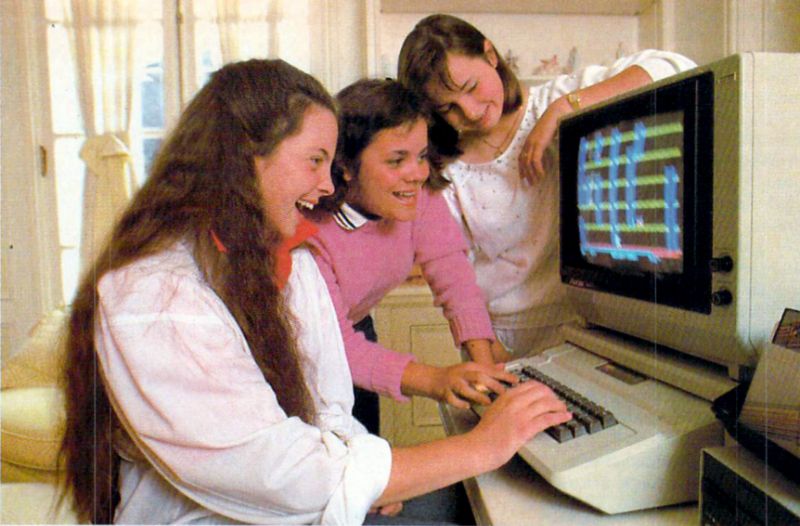 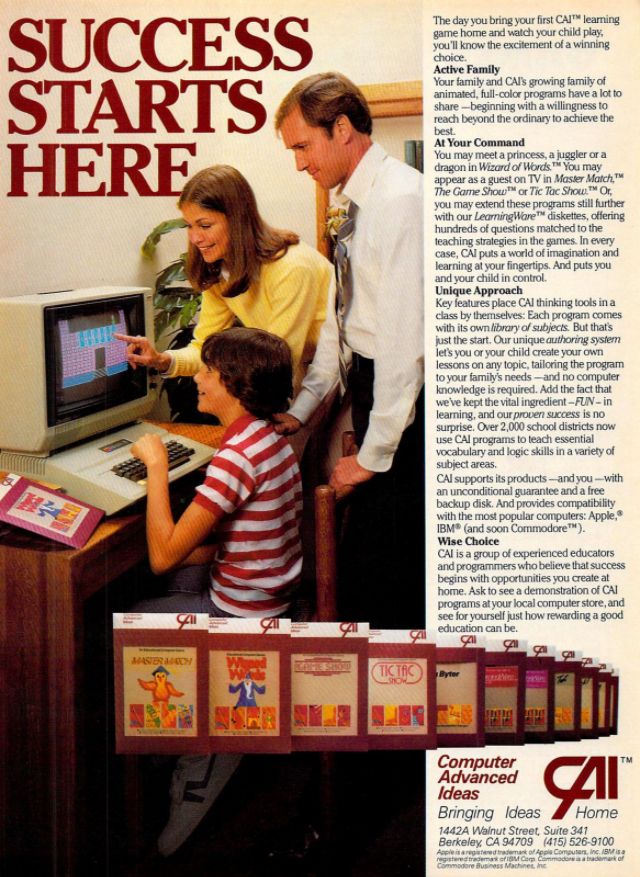 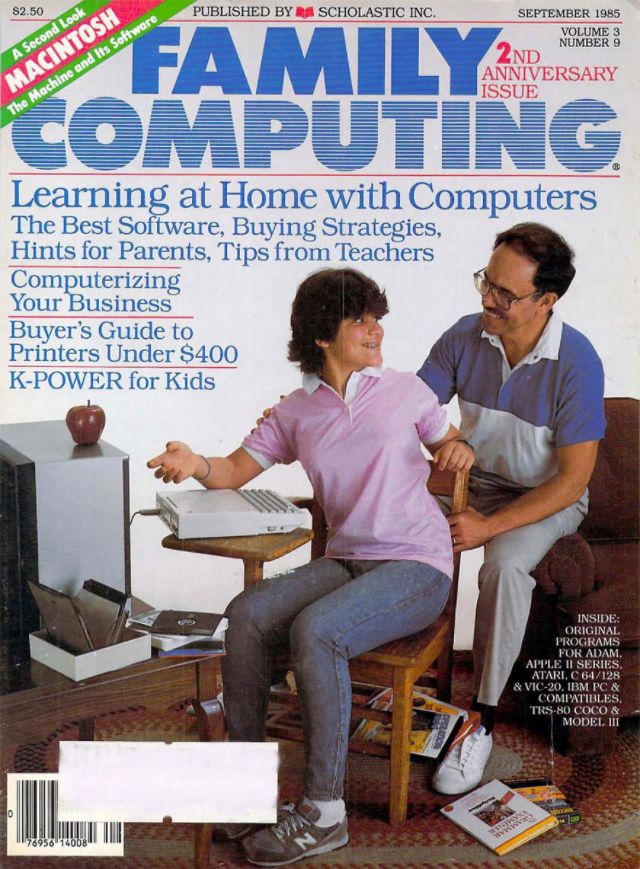 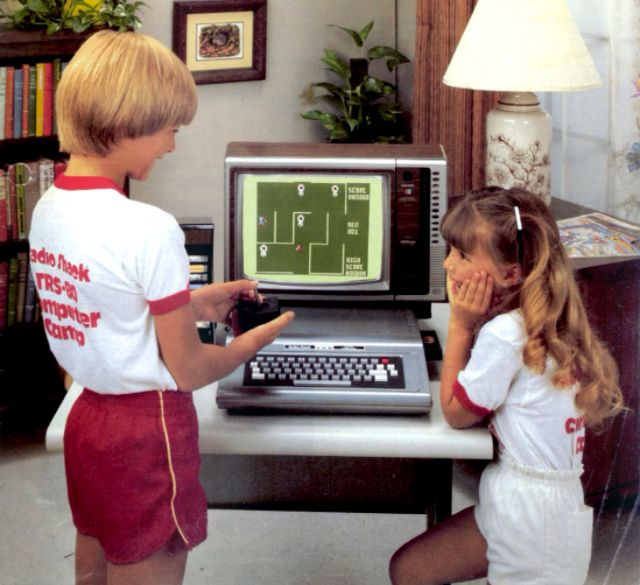 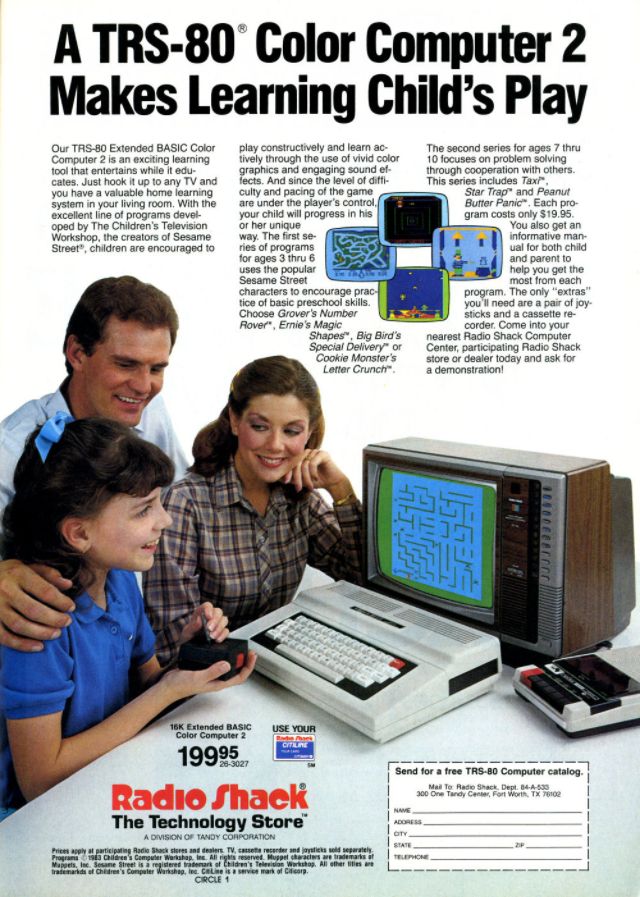 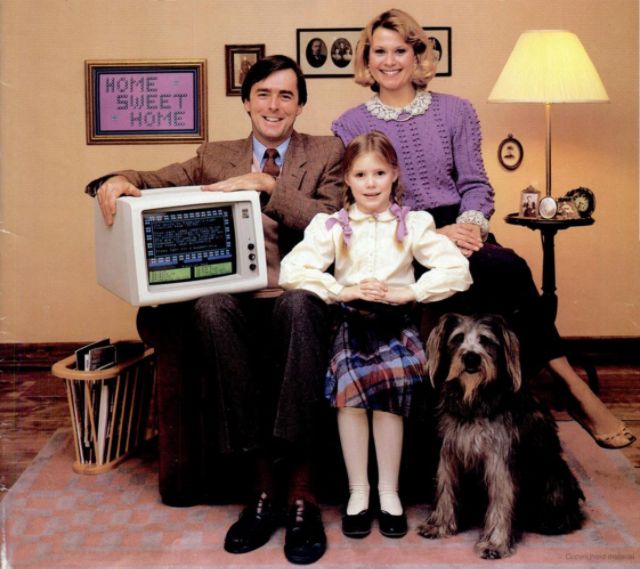 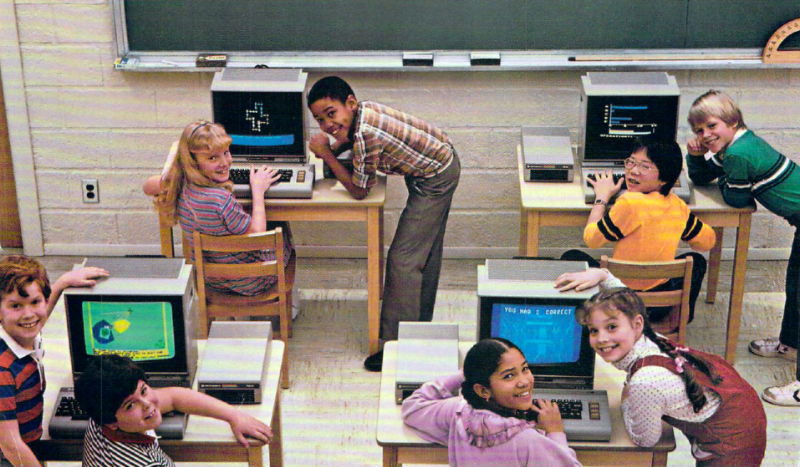 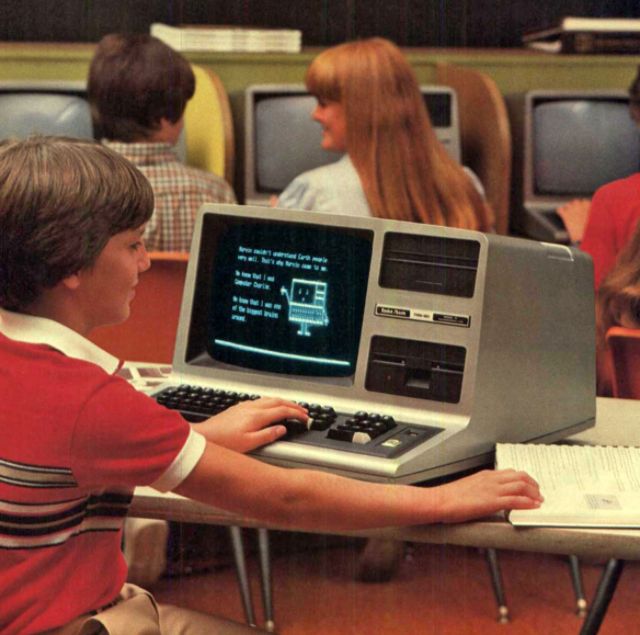 (Photo credit: Britannica / Pinterest / Wikimedia Commons / The article based on History of Computers From The 1980s by thepeoplehistory.com).