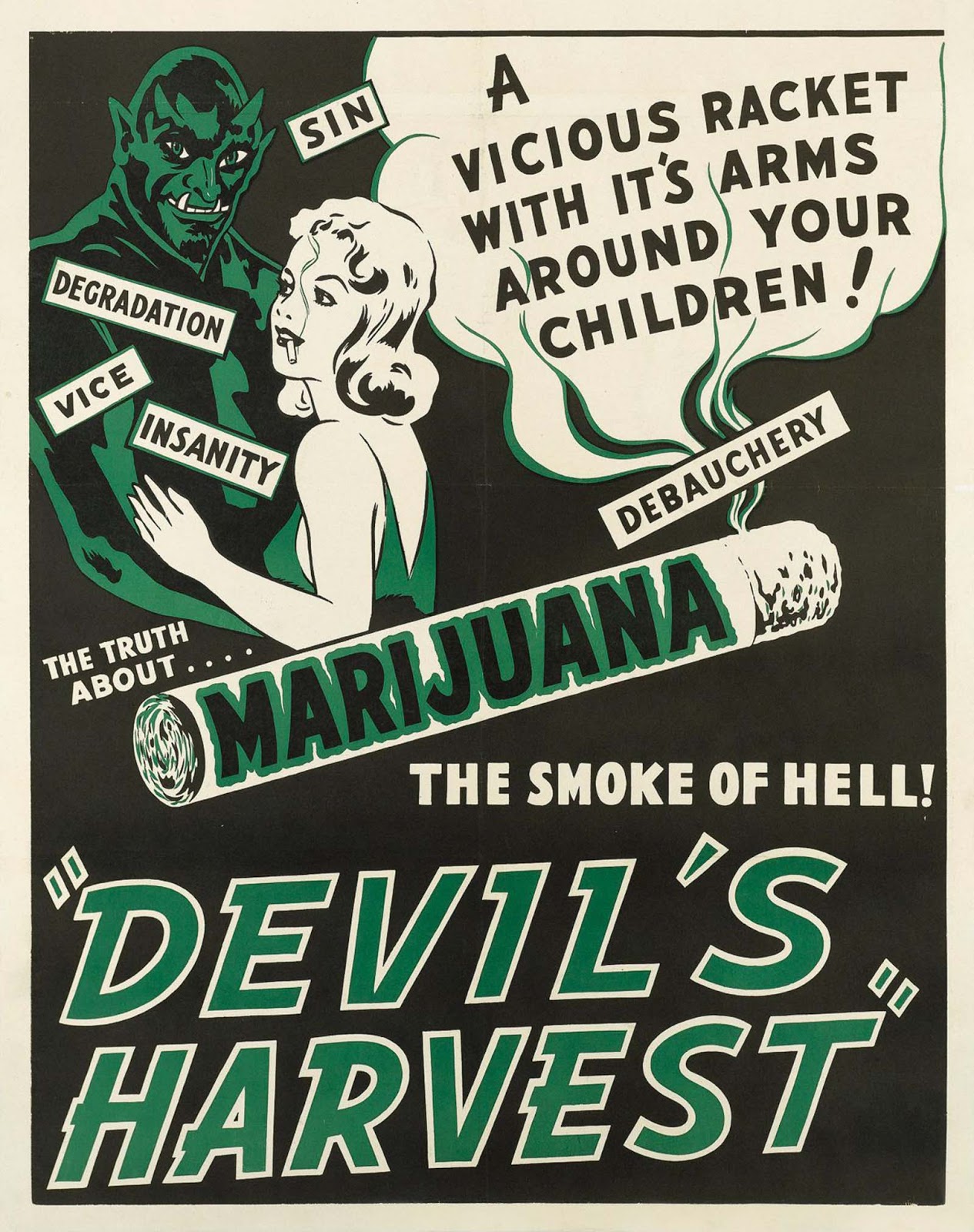 Recreational cannabis smoking took on a negative connotation in the American cultural imagination when people began to associate it with Mexican immigrants arriving in the US.

After the Mexican Revolution of 1910, a wave of Mexican immigrants poured into the southwestern U.S. which helped popularize the recreational use of the drug. Many Mexican laborers smoked marijuana to unwind, as a cheaper alternative to alcohol during Prohibition.

As the drug grew more popular, it started to negatively be associated with Mexican immigrants. Anti-drug campaigners began to warn against the encroaching “Marijuana Menace,” describing the terrible crimes attributed to the drug and the Mexicans who used it. It was only referred to as marijuana because anti-cannabis factions wanted to underscore the drug’s ‘Mexicanness’.

One by one, states passed legislation outlawing the drug. In 1936, the film Reefer Madness was released. Originally conceived as a morality tale to warn parents against the dangers of cannabis, it was recut into an exploitation film, a lurid melodrama about a group of dope-smoking teens who descend into a hell of murder, suicide, and madness brought on by the infernal herb.

Although Reefer Madness was the most famous anti-weed movie, it was soon followed by many imitators, including Assassin of Youth, where all-night marijuana parties lead to violence, and Marihuana, where an innocent girl winds up impregnated, addicted to heroin and planning a kidnapping, all because of a single puff. In this article, we’ve collected a few vintage anti-weed movie posters that were used by the movie industry during the 1930-1950 period. 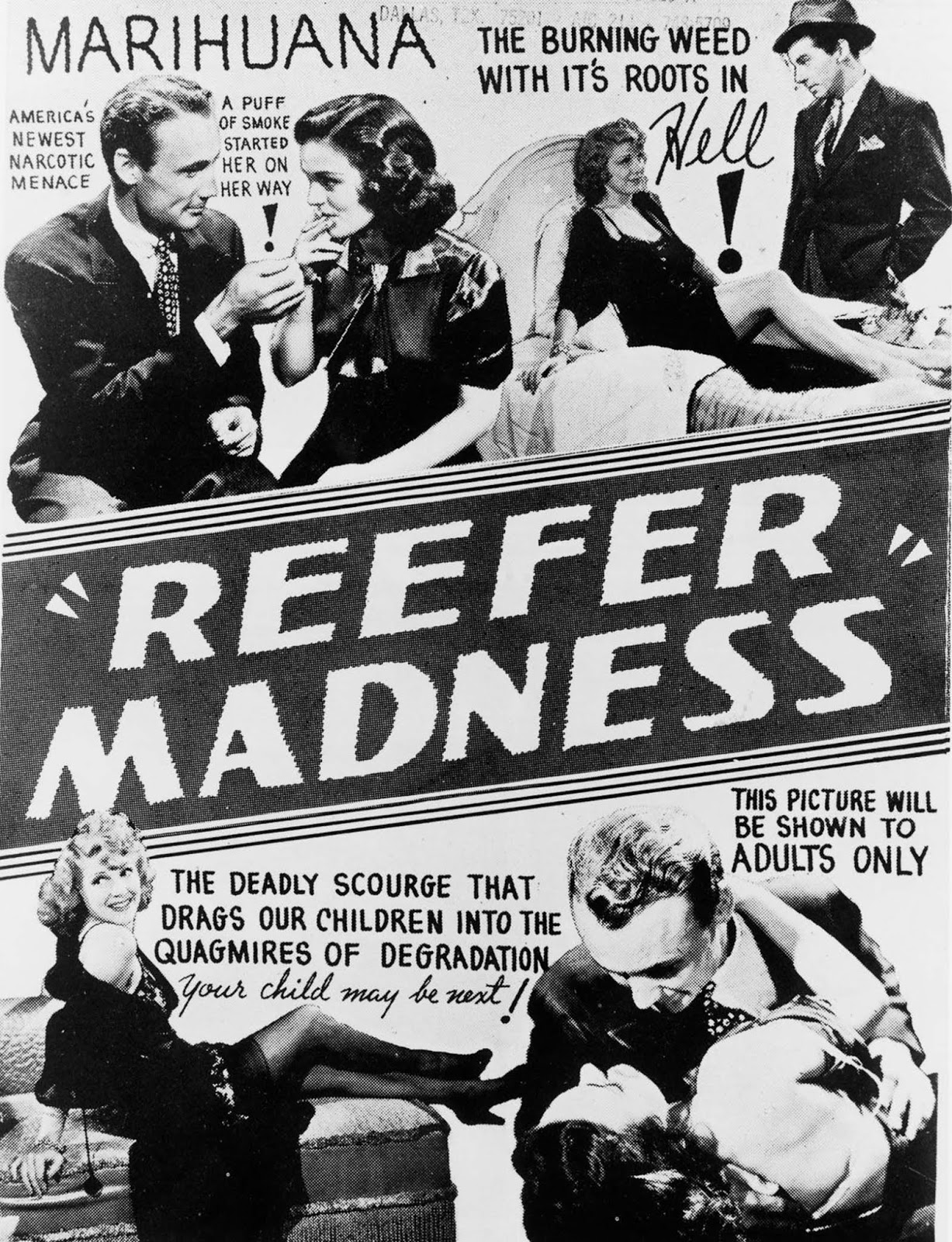 Reefer Madness (originally made as Tell Your Children and sometimes titled as The Burning Question, Dope Addict, Doped Youth, and Love Madness) is a 1936 American film about drugs. 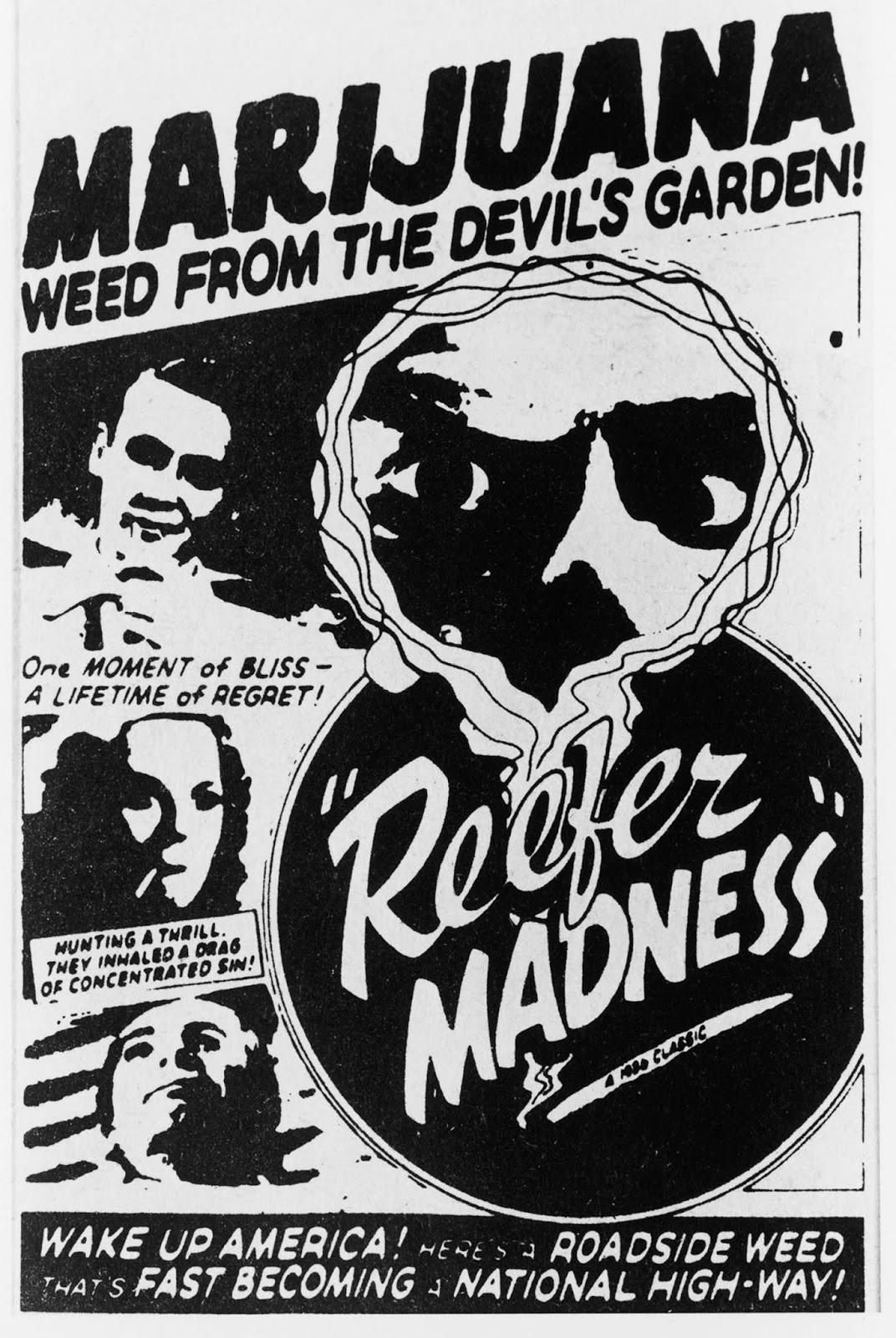 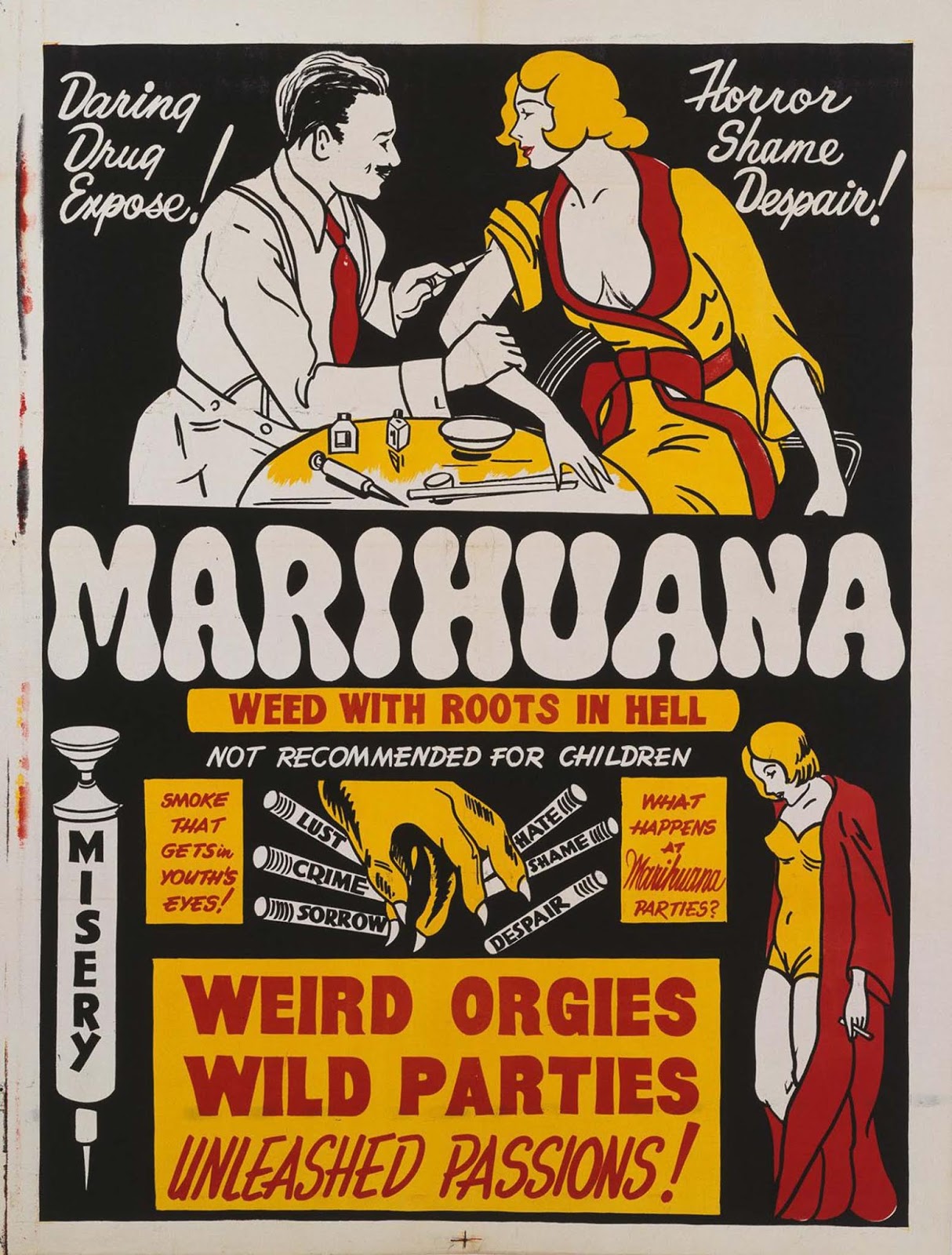 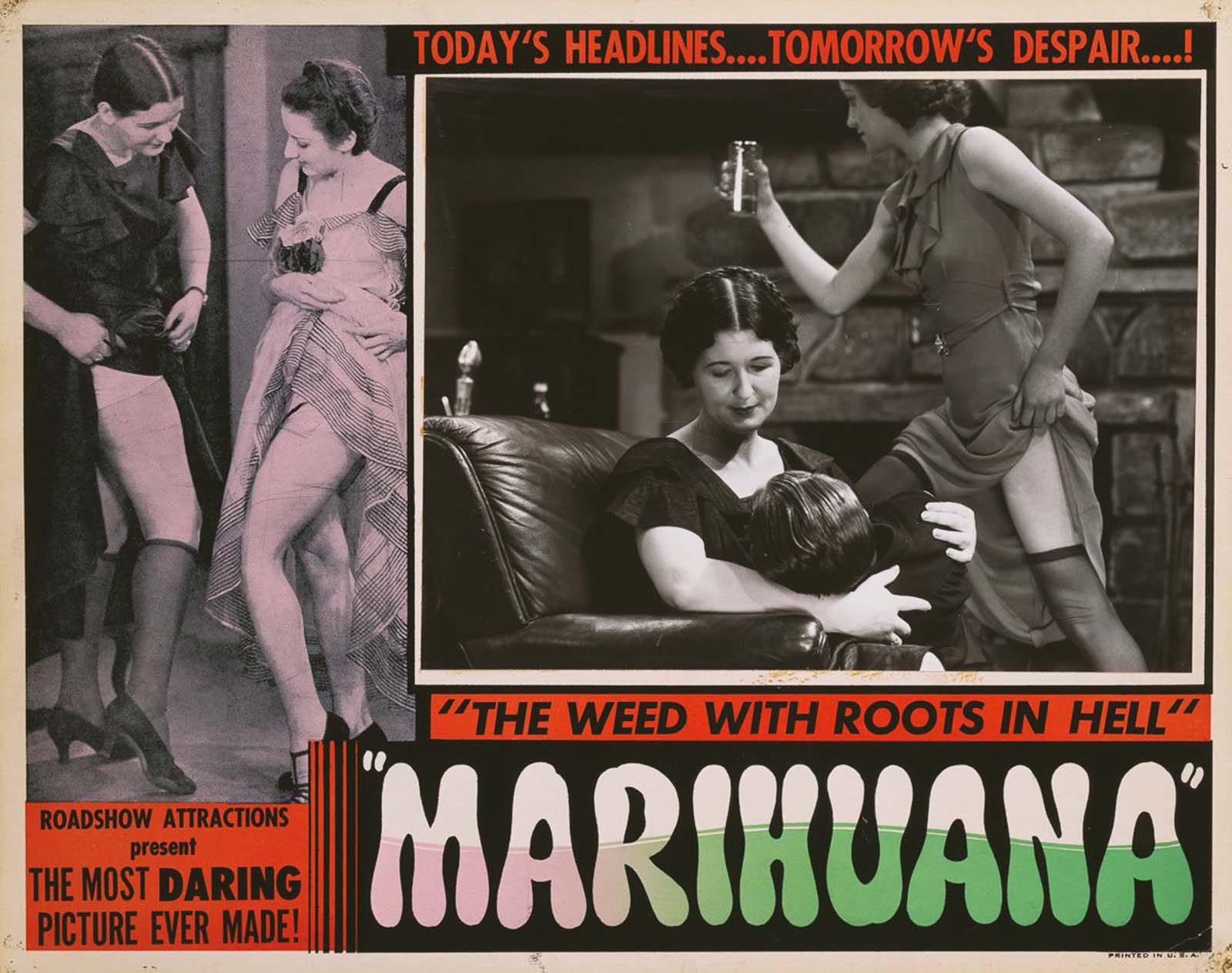 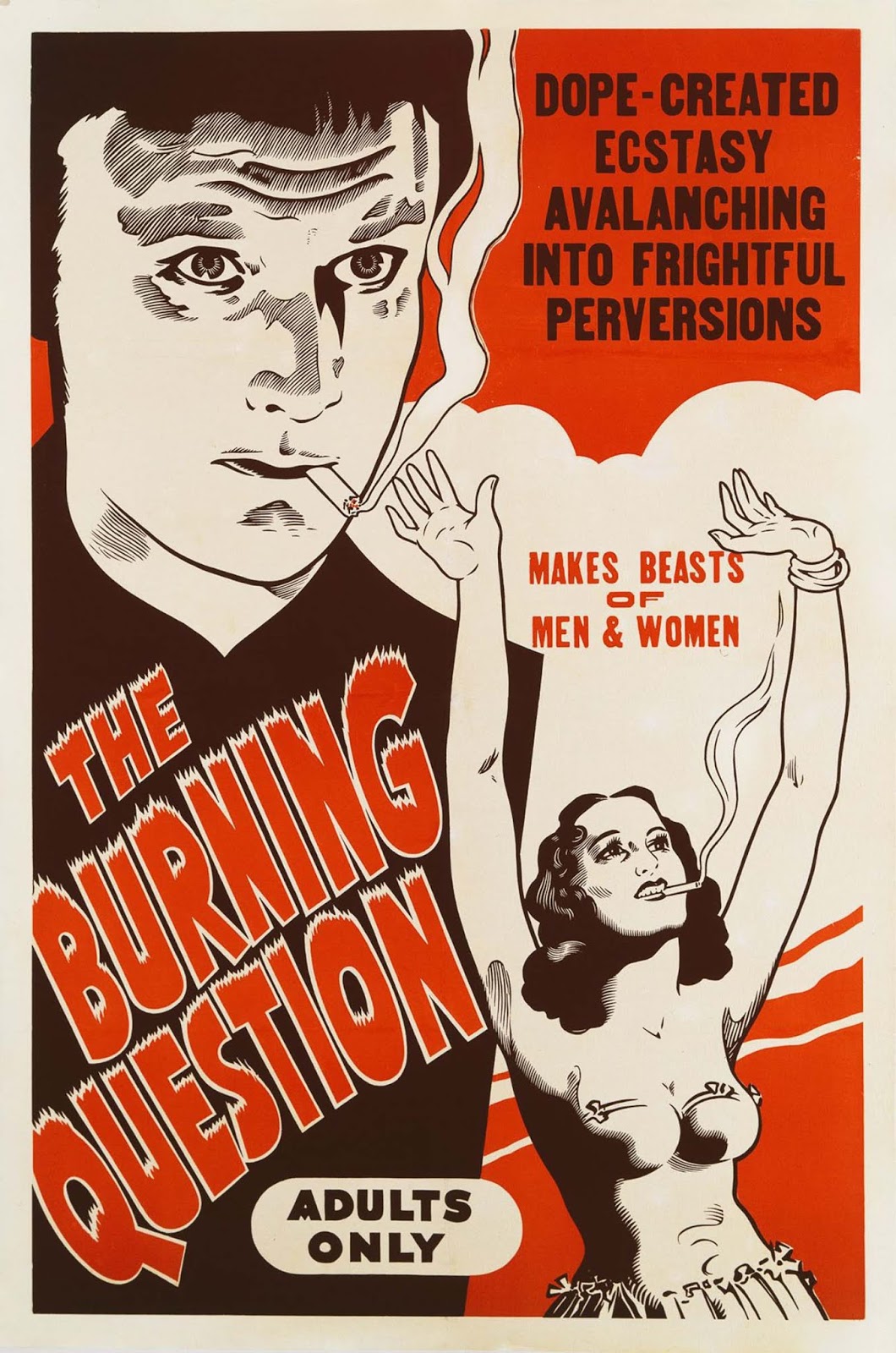 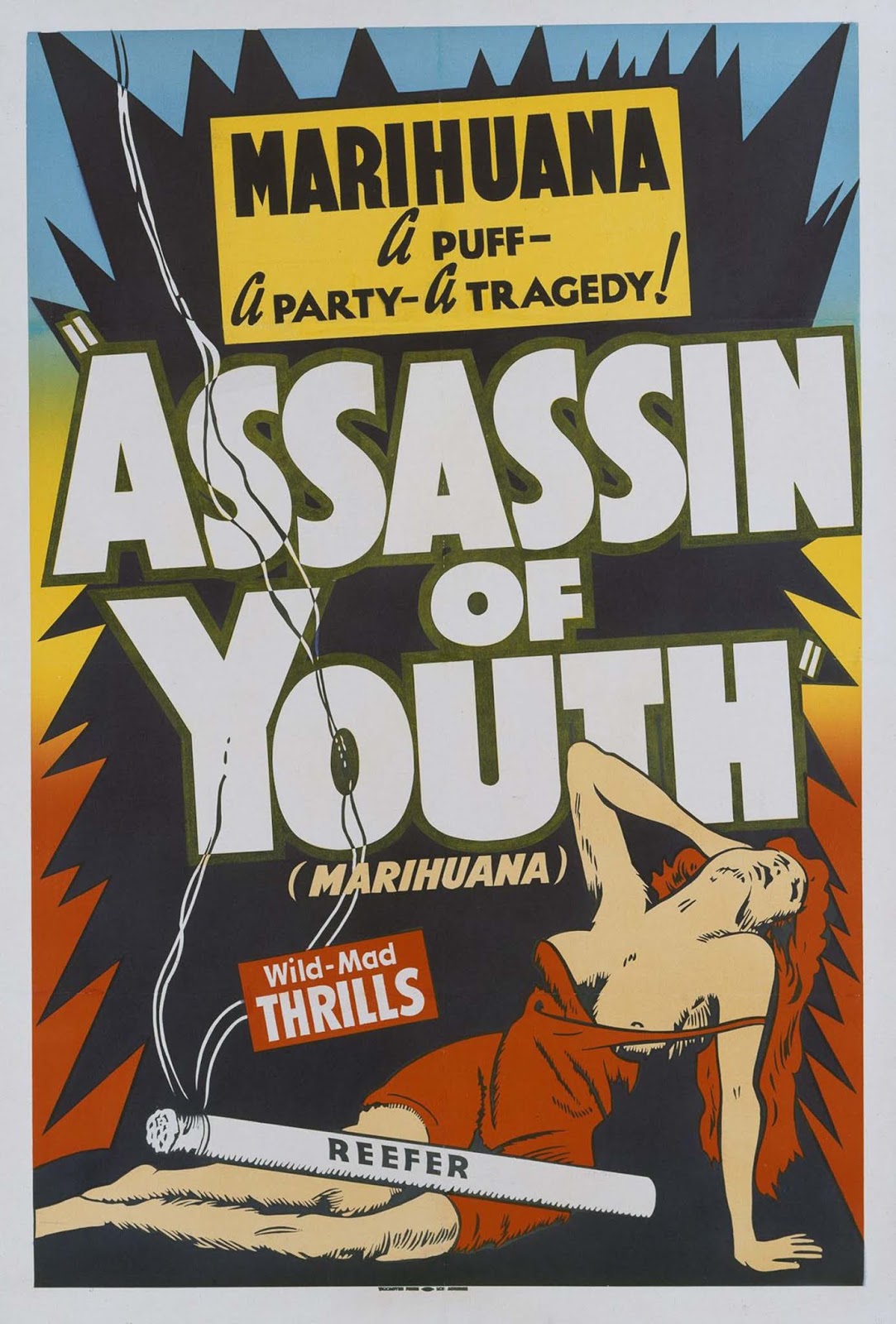 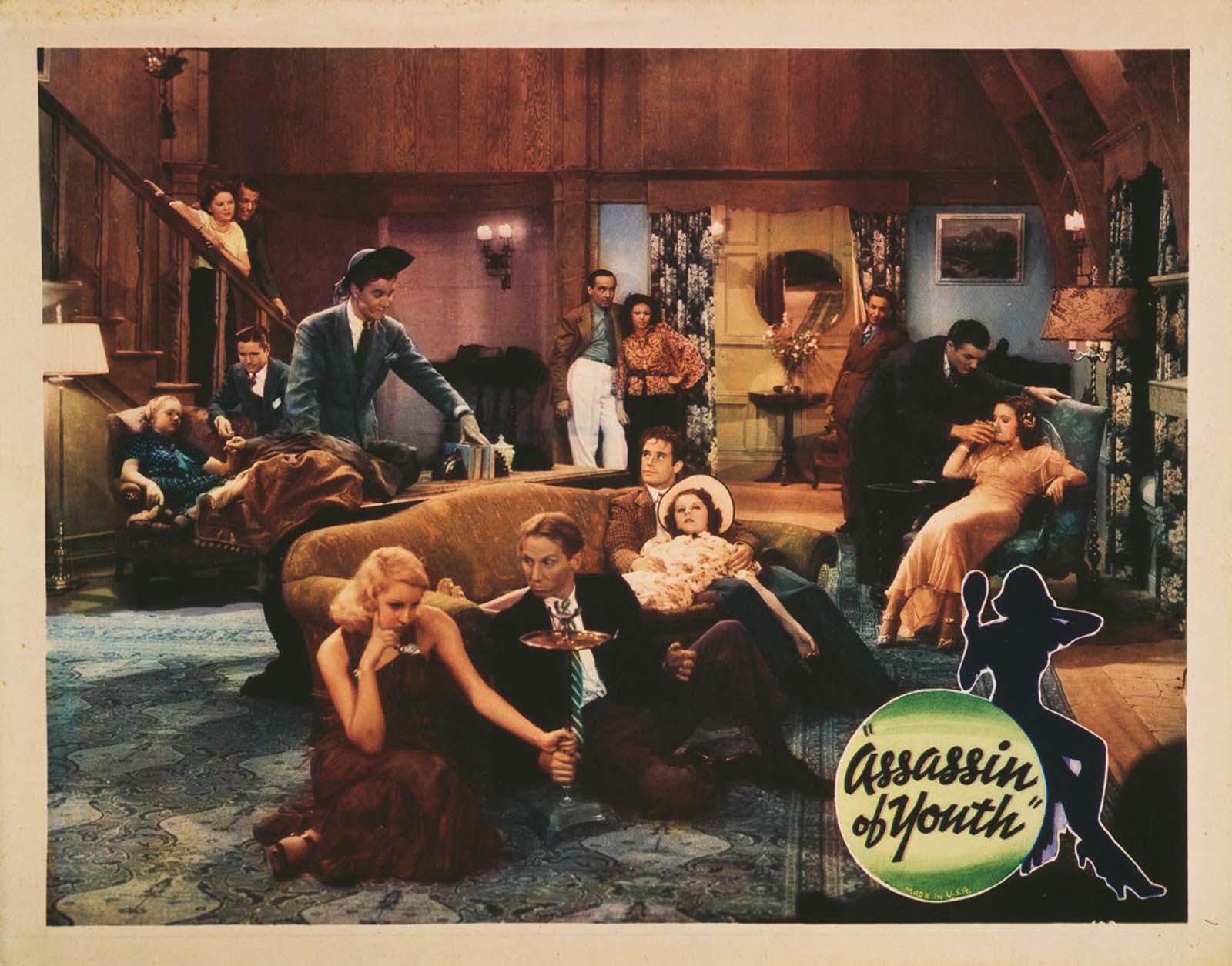 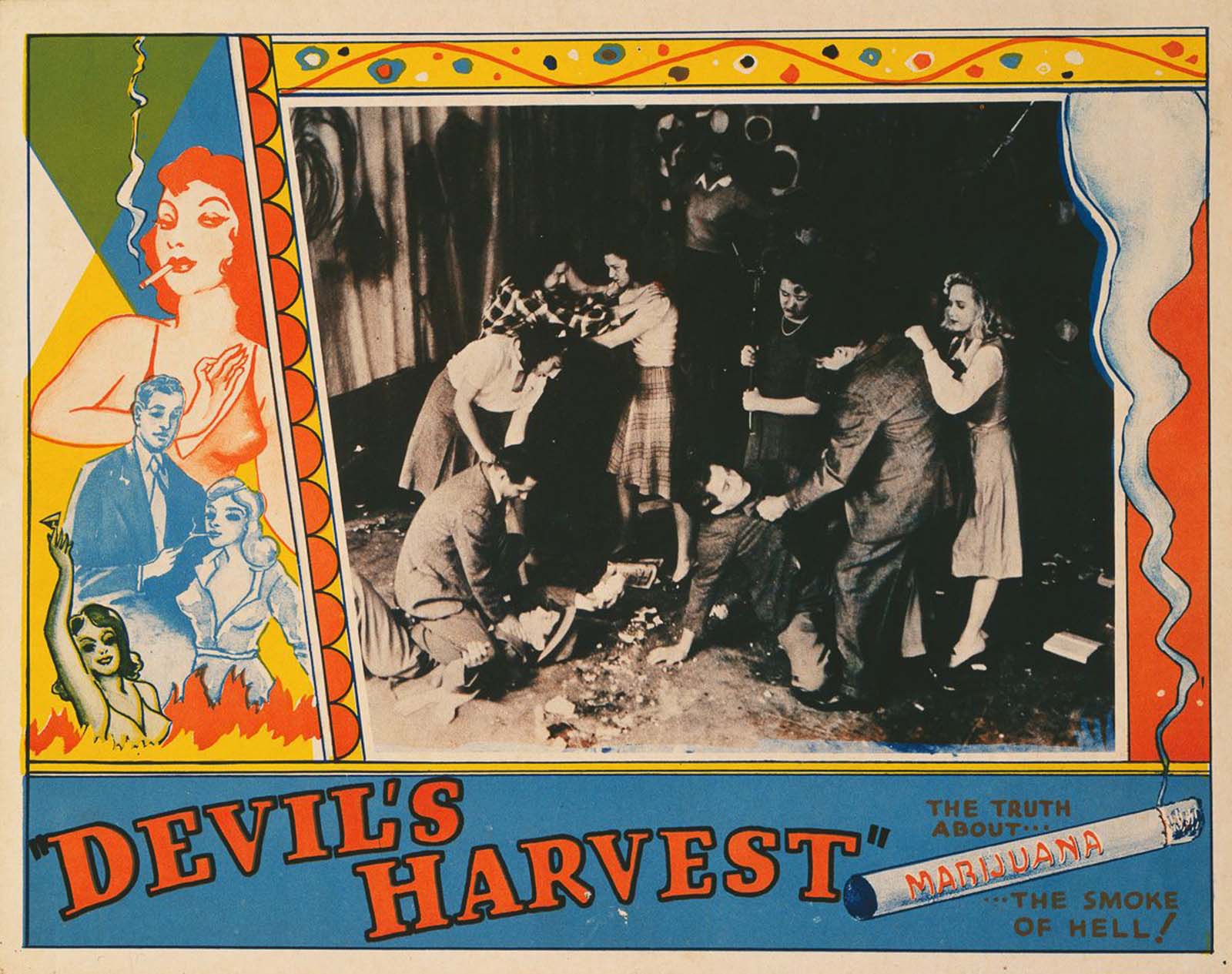 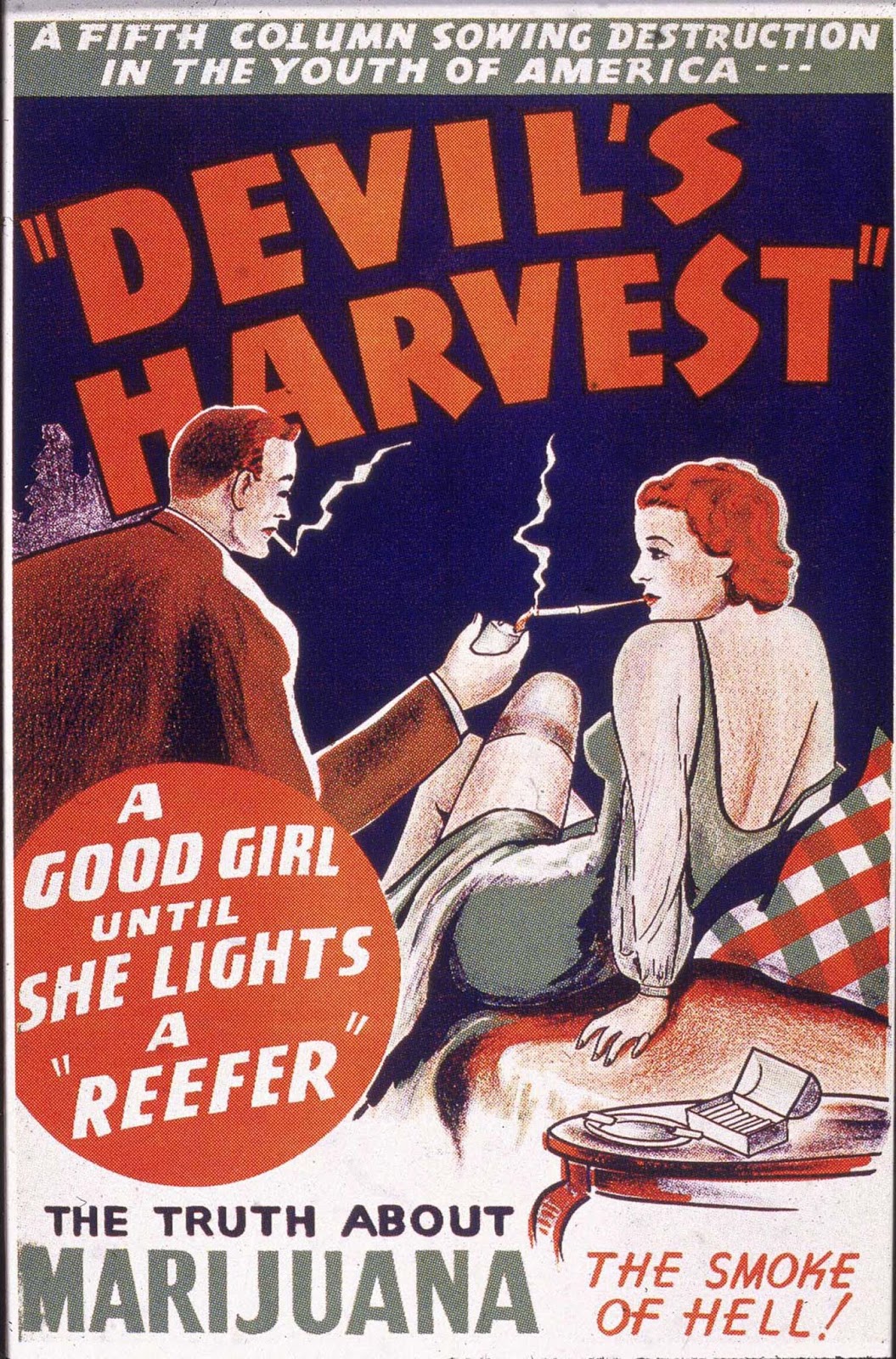 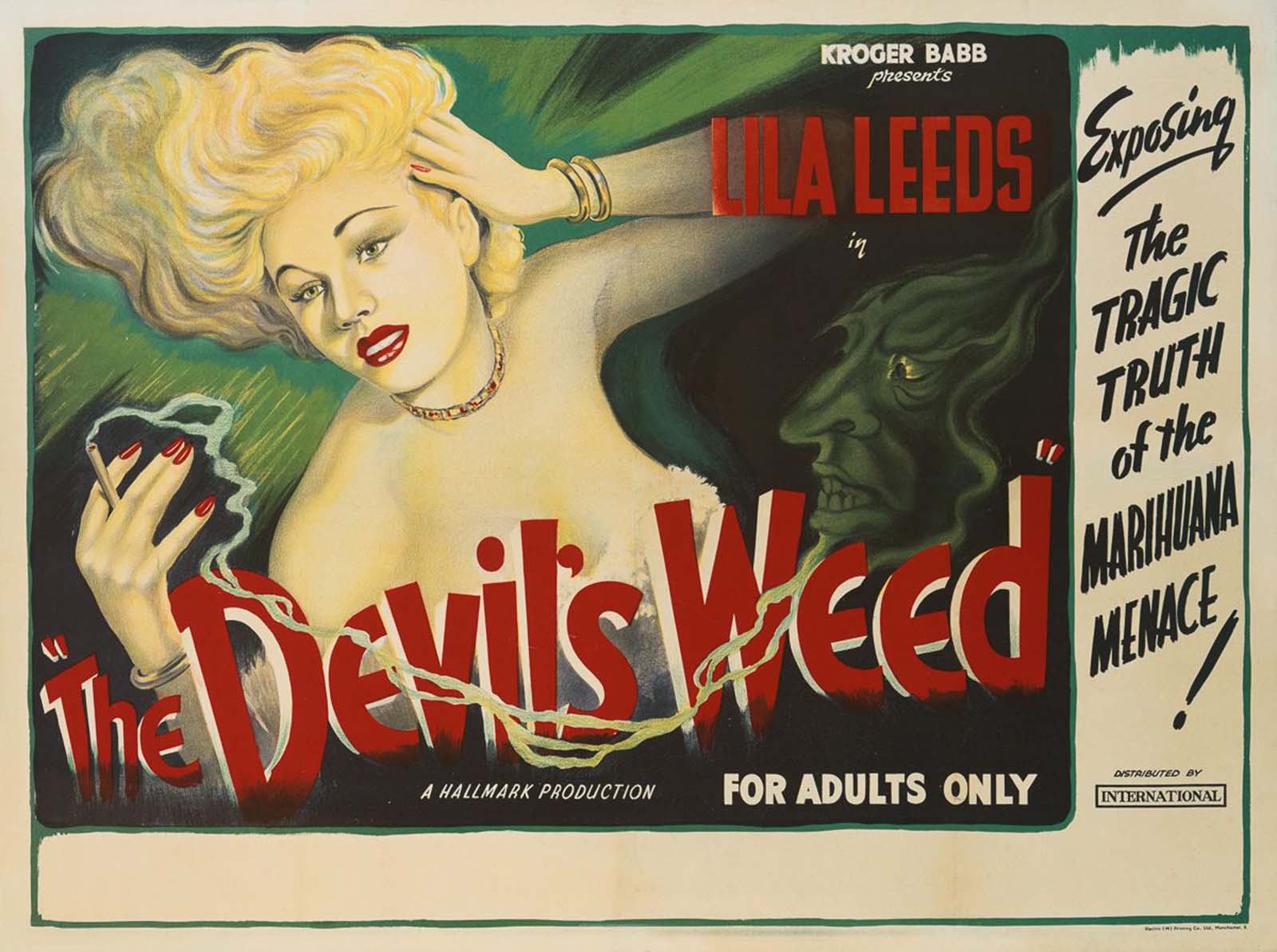 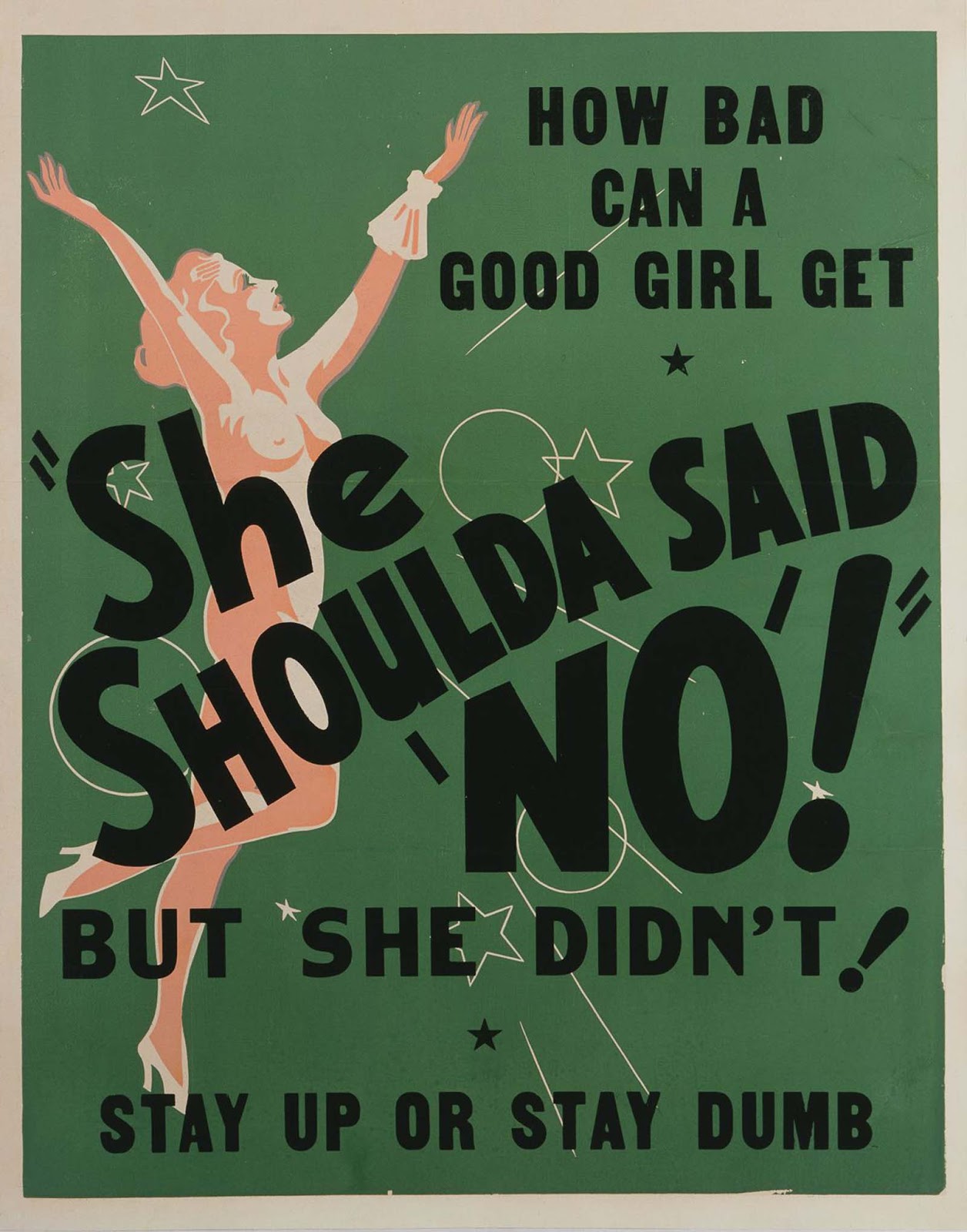 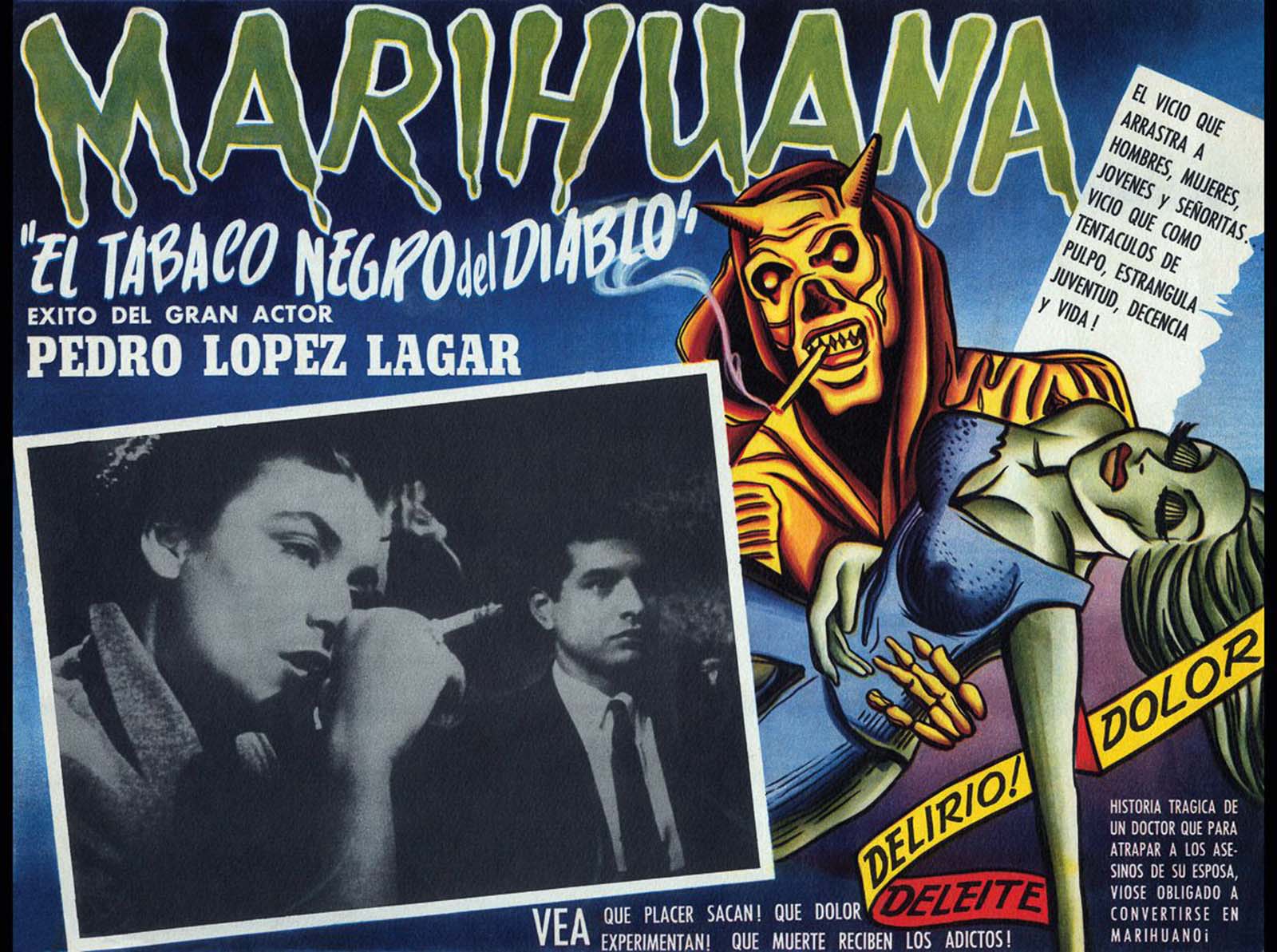 A poster for an Argentinian film about a respected surgeon whose wife dies of marijuana addiction. 1950.