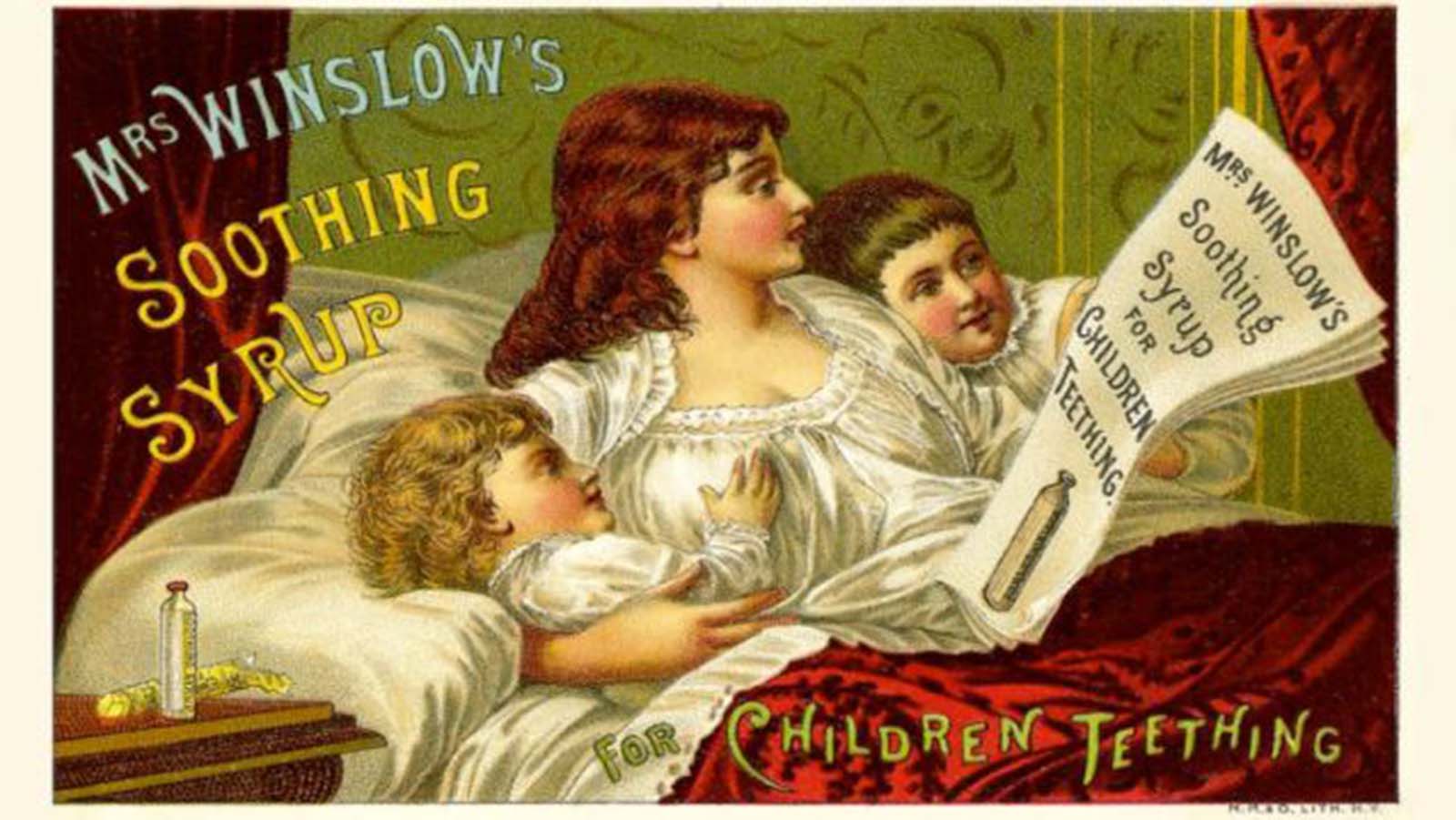 This product was first bottled in Bangor, Maine, in 1849 and contained a healthy dose of morphine. It was often used to treat teething babies.

In the 19th century, there were no real institutions to regulate the advertising claims of health products. In such a climate, a popular so-called “patent medicine” market flourished.

Manufacturers of these medical products often made misleading claims and kept their full ingredients list and formulas proprietary, though we now know they often contained cocaine, opium, morphine, alcohol and other intoxicants or toxins.

Products like heroin cough drops and cocaine-laced toothache medicine were sold openly and freely over the counter, using colorful advertisements that can be downright shocking to modern eyes.

Take the 1885 print ad for Mrs. Winslow’s Soothing Syrup for Teething Children, for instance, showing a mother and her two children looking suspiciously beatific. The morphine content may have helped. 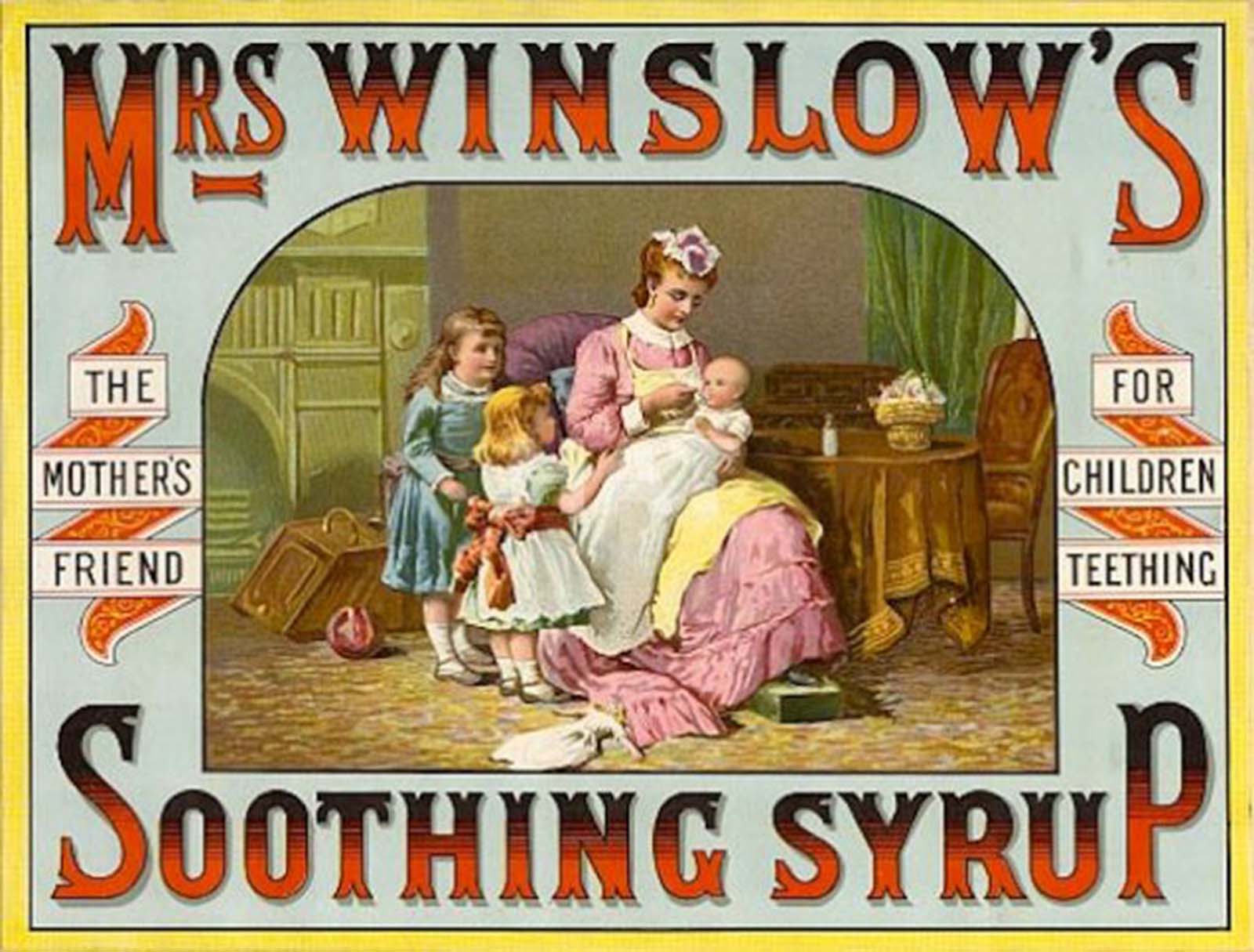 For 19th century physicians, cures were hard to come by. But beginning in 1805, they were handed a way to reliably make patients feel better. That’s the year German pharmacist Friedrich Serturner isolated morphine from opium, the first “opiate”.

Delivered by tablet, topically, and, by mid-century, through the newly invented hypodermic syringe, morphine quickly made itself indispensable. By the 1870s, morphine became something of “a magic wand [doctors] could wave to make painful symptoms temporarily go away”.

Pope Leo XIII’s longevity as Pontiff of the Catholic Church (the third-longest in church history) may have been down to his favorite tipple Vin Mariani.

Pope Leo was so enamored by this French tonic wine it is claimed he kept a hip flask hidden under his cassock, so he could enjoy the occasional snifter to perk up his spirits—which it undoubtedly did, as Vin Mariani was a heady mix of Bordeaux wine and coca leaves.

The original drink had 6mg of cocaine per fluid ounce, which went up to 7.2mg per fluid ounce for the export market—mainly to compete with similar coke-filled tonics—such as Coca-Cola—sold in the USA. 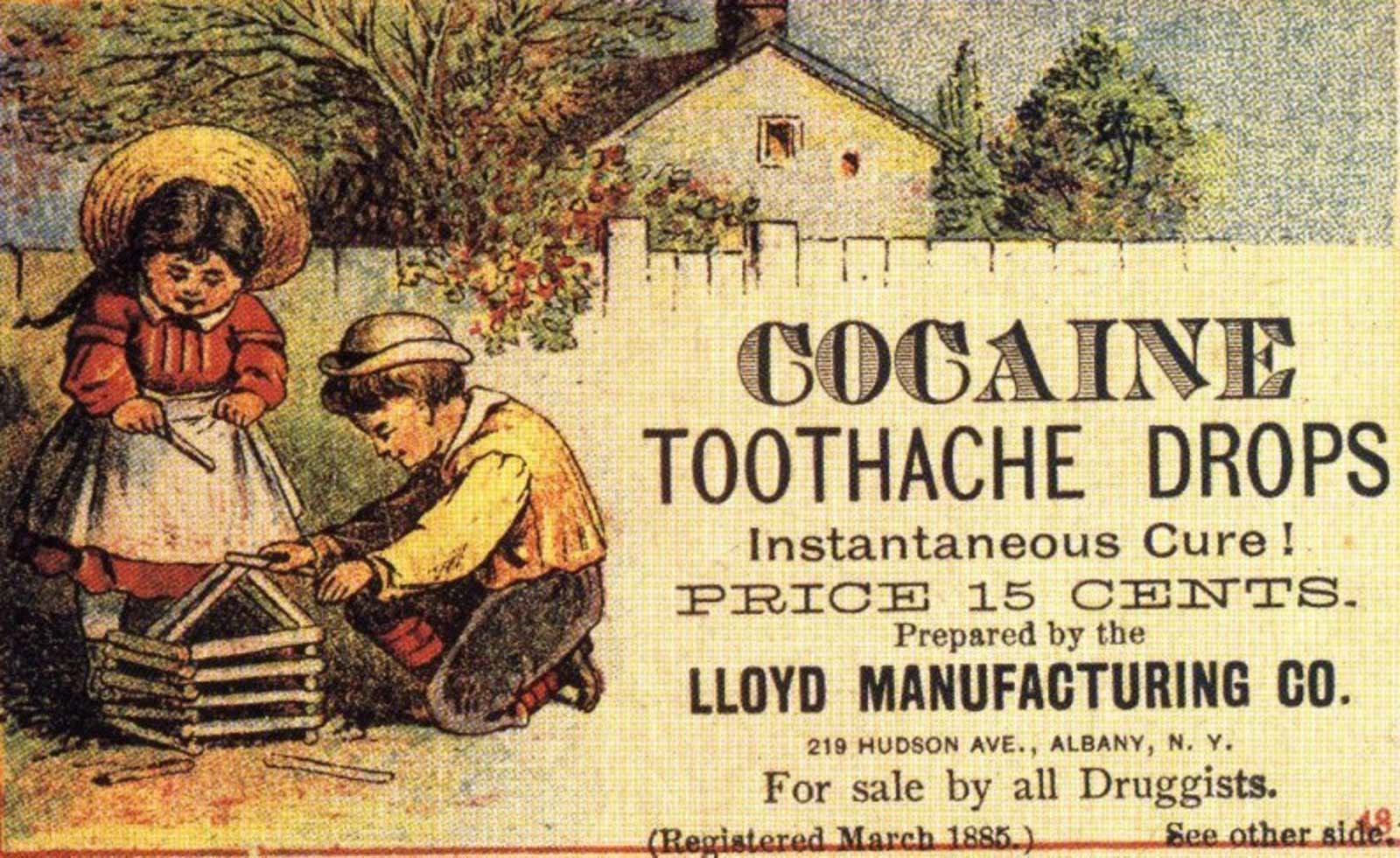 Nothing like treating that tooth pain with a little cocaine addiction.

It was claimed that Mariani wine could quickly restore “health, strength, energy and vitality,” and hastened convalescence (“especially after influenza”).

In one of their ads, His Holiness the Spokesmodel decreed: “…that he has fully appreciated the benefit of this Tonic Wine, and has forwarded to Mr. Mariani as a token of his gratitude a gold medal bearing his august effigy”. Talk about a celebrity endorsement? If God’s representative on Earth approved of the coca-infused tipple, that would have been quite a boon in marketing terms.

People were gobbling up drugs like cocaine, heroin, and marijuana as if they were candy. As time progressed, methamphetamine and codeine were added to that list of illegal drugs that were being prescribed by doctors.

A lot of the vintage ads for these now illegal drugs are amazing pieces of drug advertising that definitely make you want to start taking whatever it is they’re selling, whether it’s opium or a fistful of barbiturates. These pictures of the vintage drugs ads, promoting drugs that you definitely can’t get over the counter (or even legally) today are full of lots of vintage advertising that just might leave you speechless. 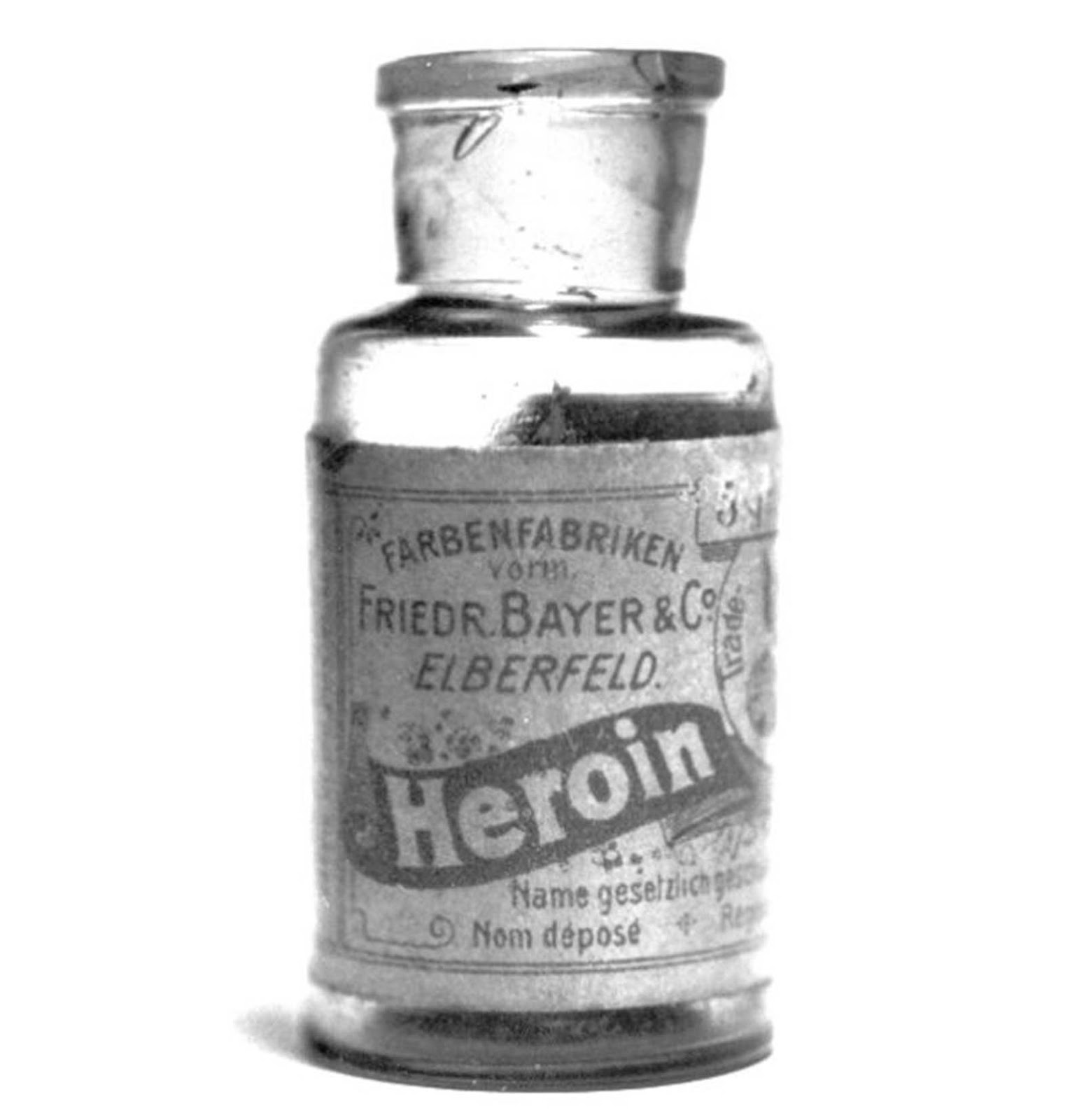 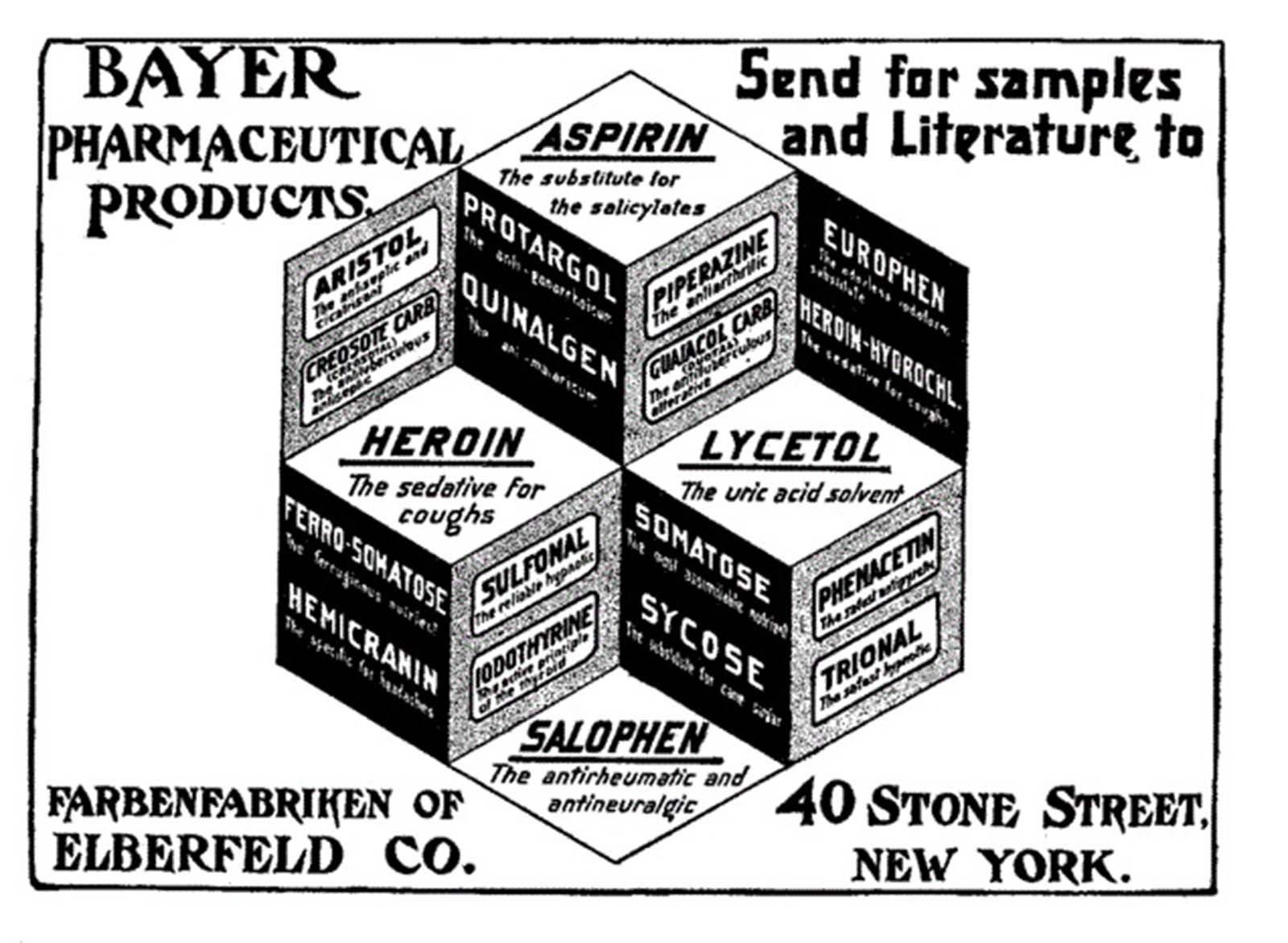 This was used similarly to morphine. The company produced this up until 1913, when it turned out that heroin is extremely addictive. John Pemberton invented the famous soft-drink as a patent medicine in 1886. From 1891 to 1904, it had an estimated 9 milligrams of cocaine per glass. 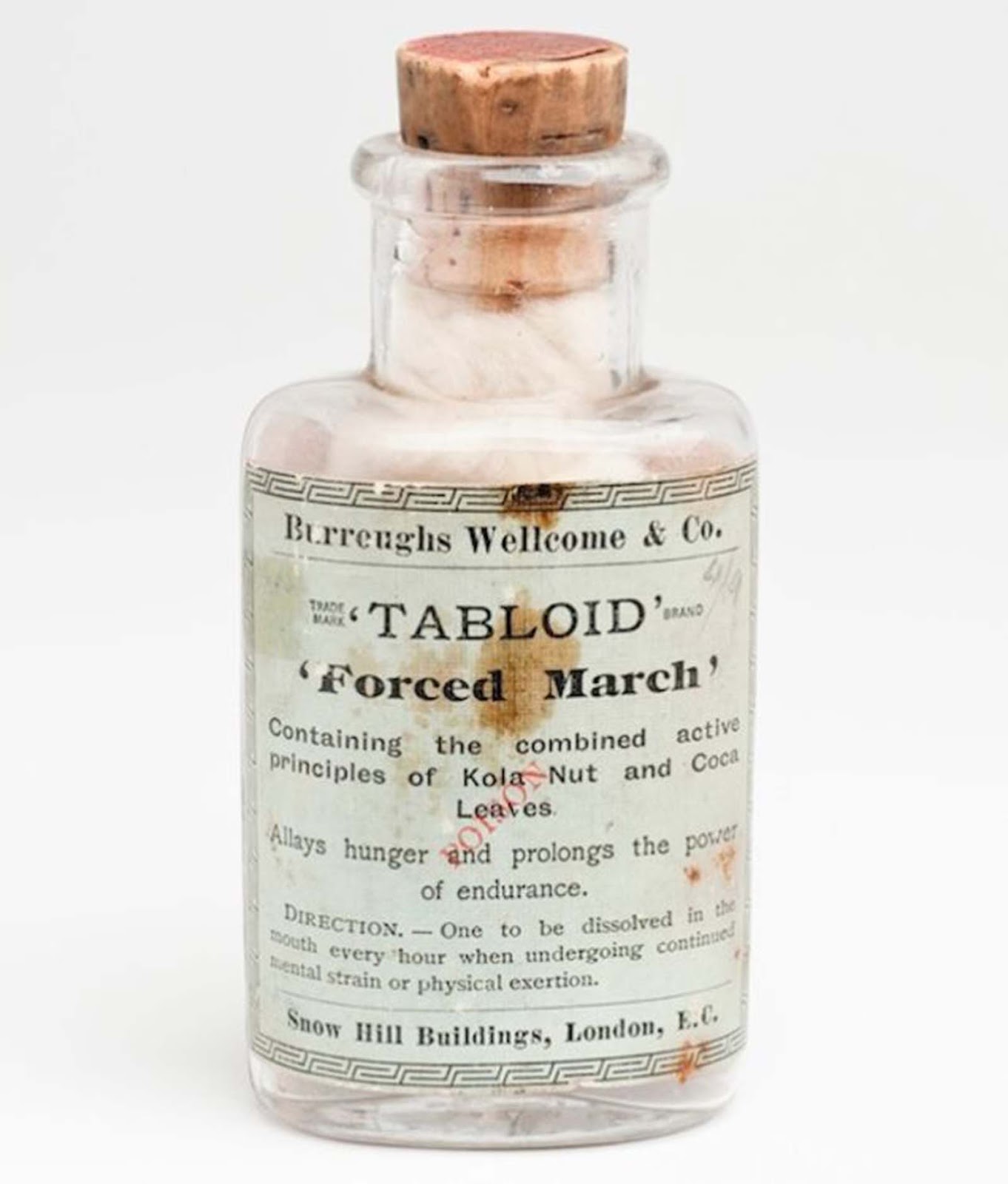 Forced March cocaine tablets. This ‘medicine’ was taken by Ernest Shackleton in 1909 during his expedition to Antarctica, and was also used in World War I. 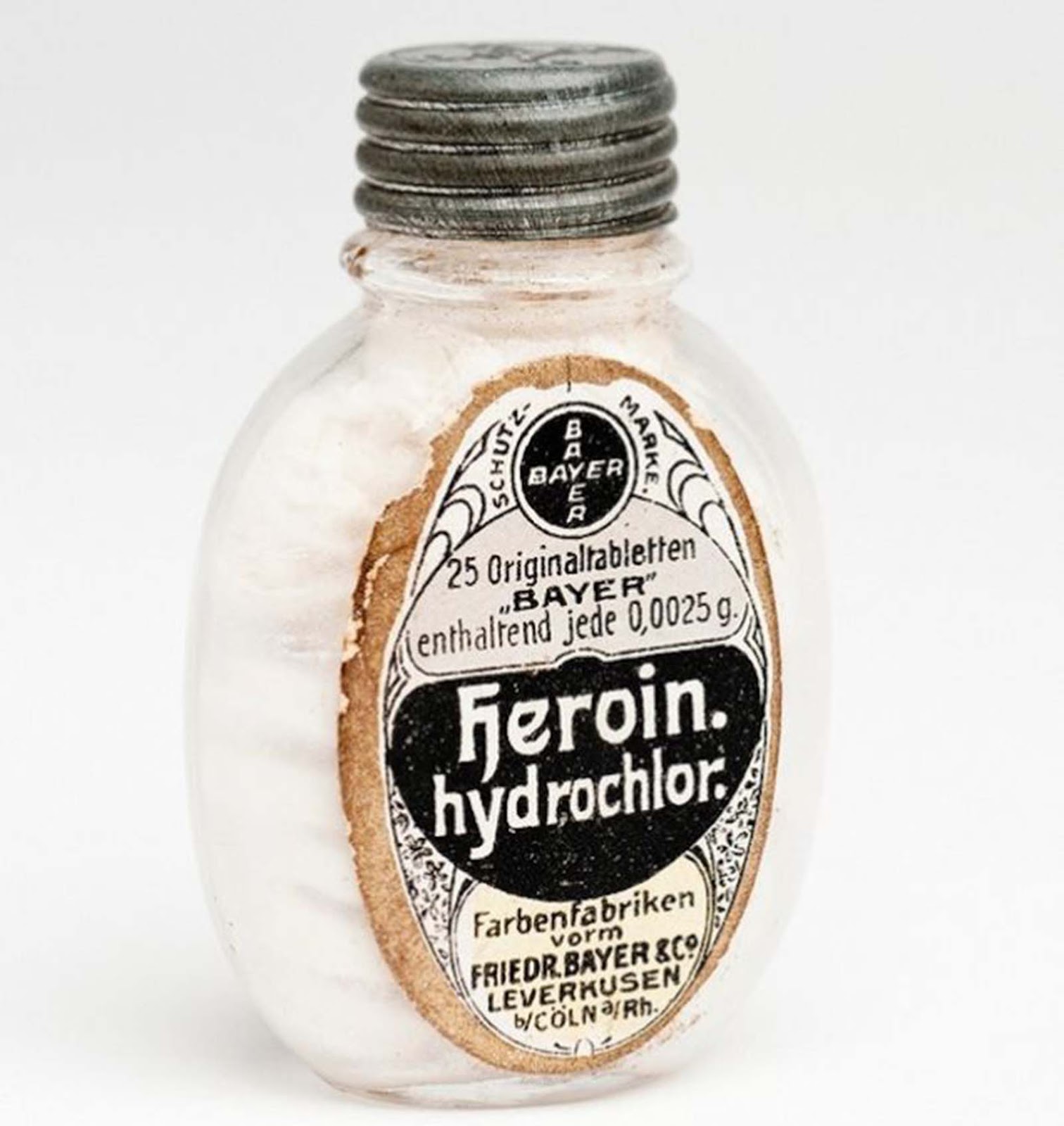 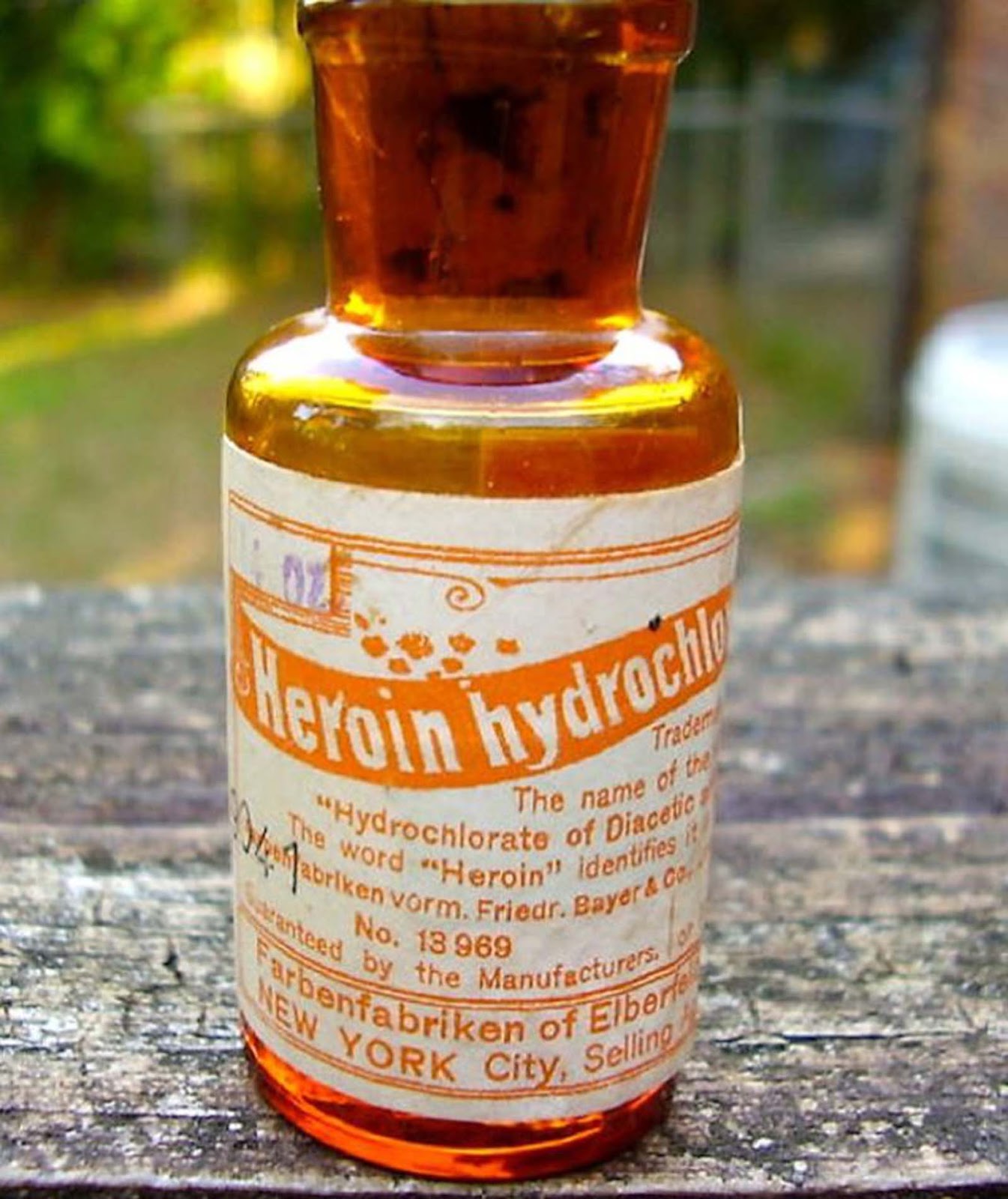 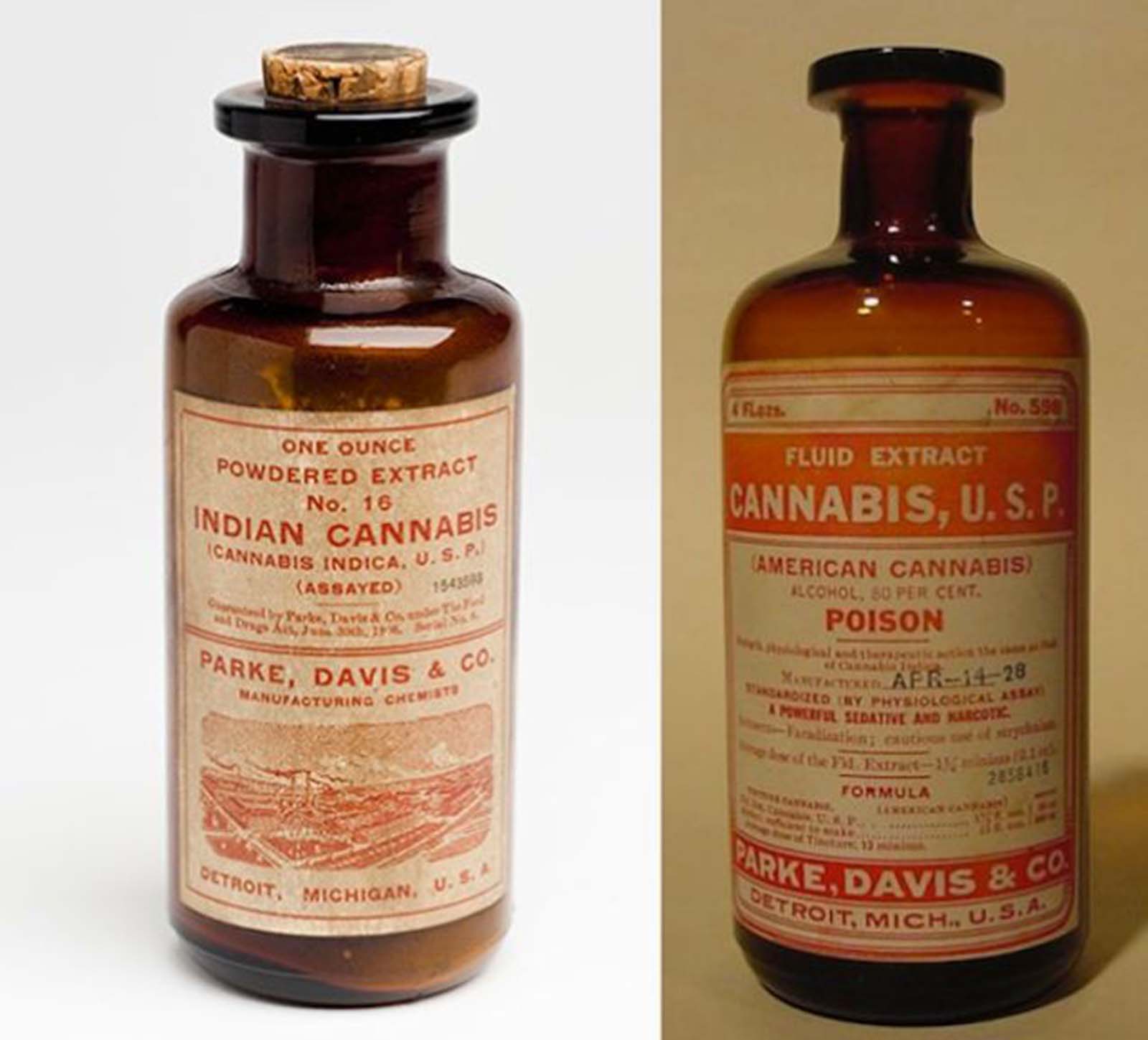 Indian and American Cannabis. This was also used for pain relief, but it doubled as a tonic for coughing, sleeplessness, and loss of appetite. 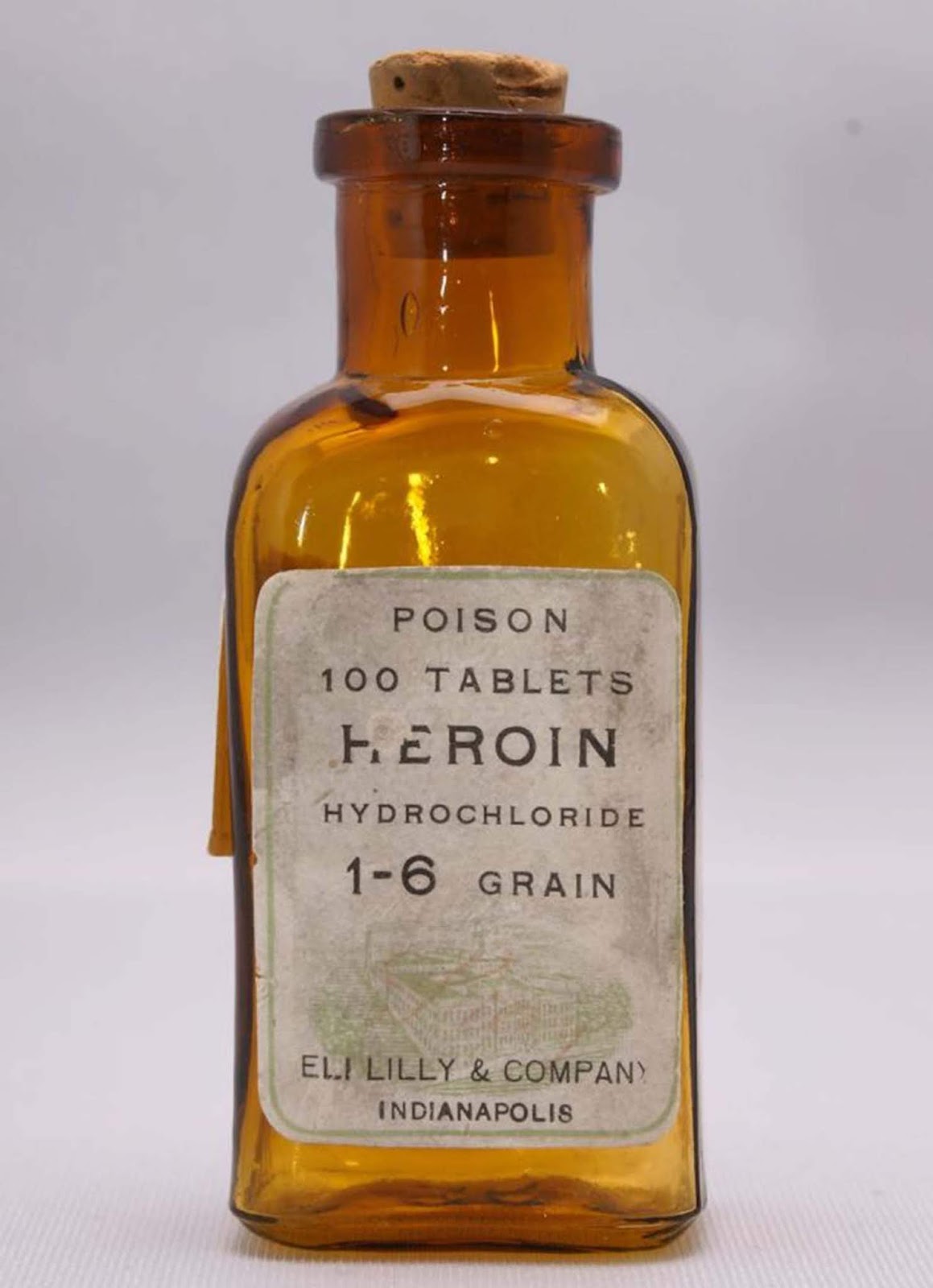 Heroin Hydrochloride. People back then really liked their heroin. 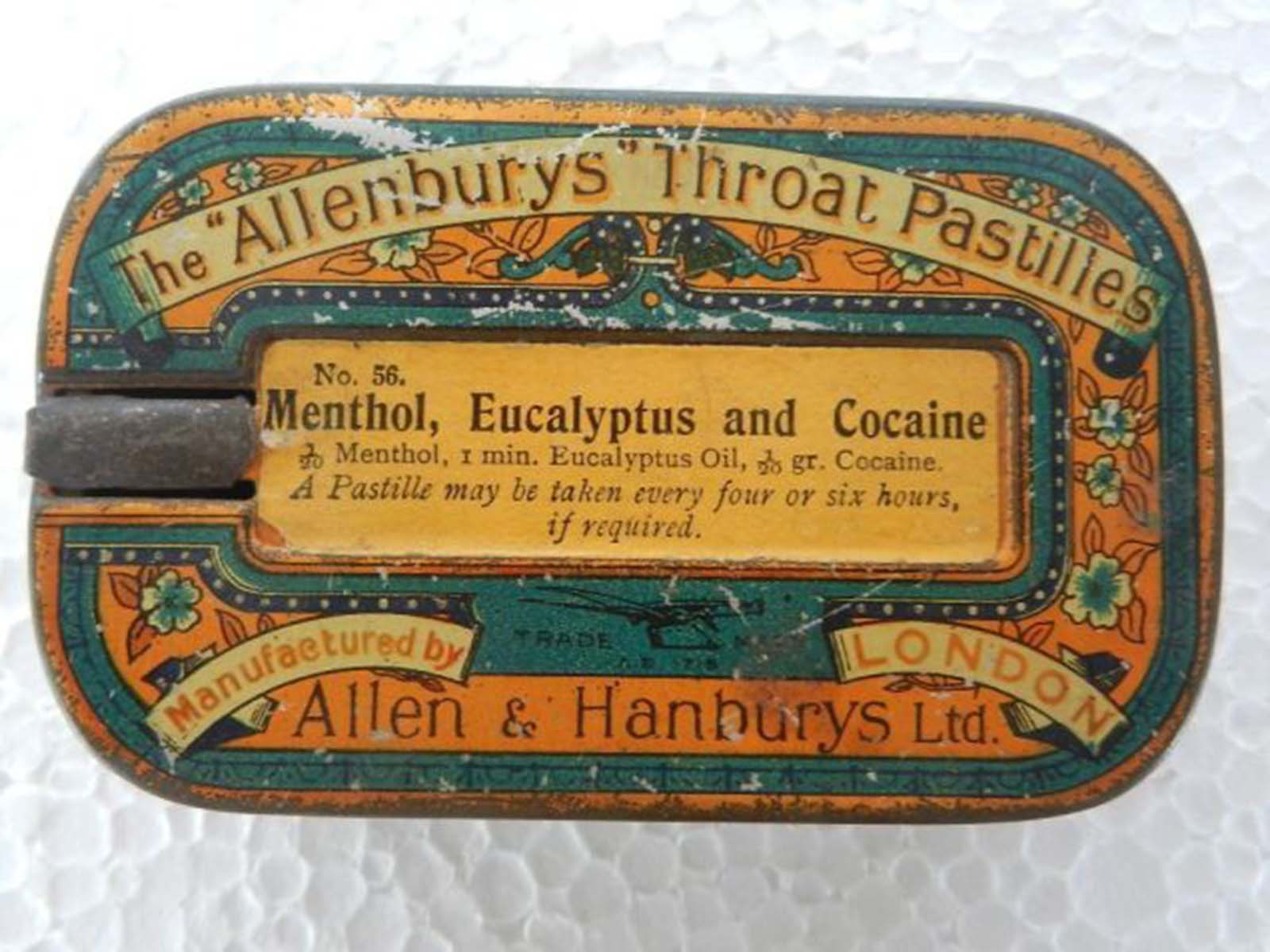 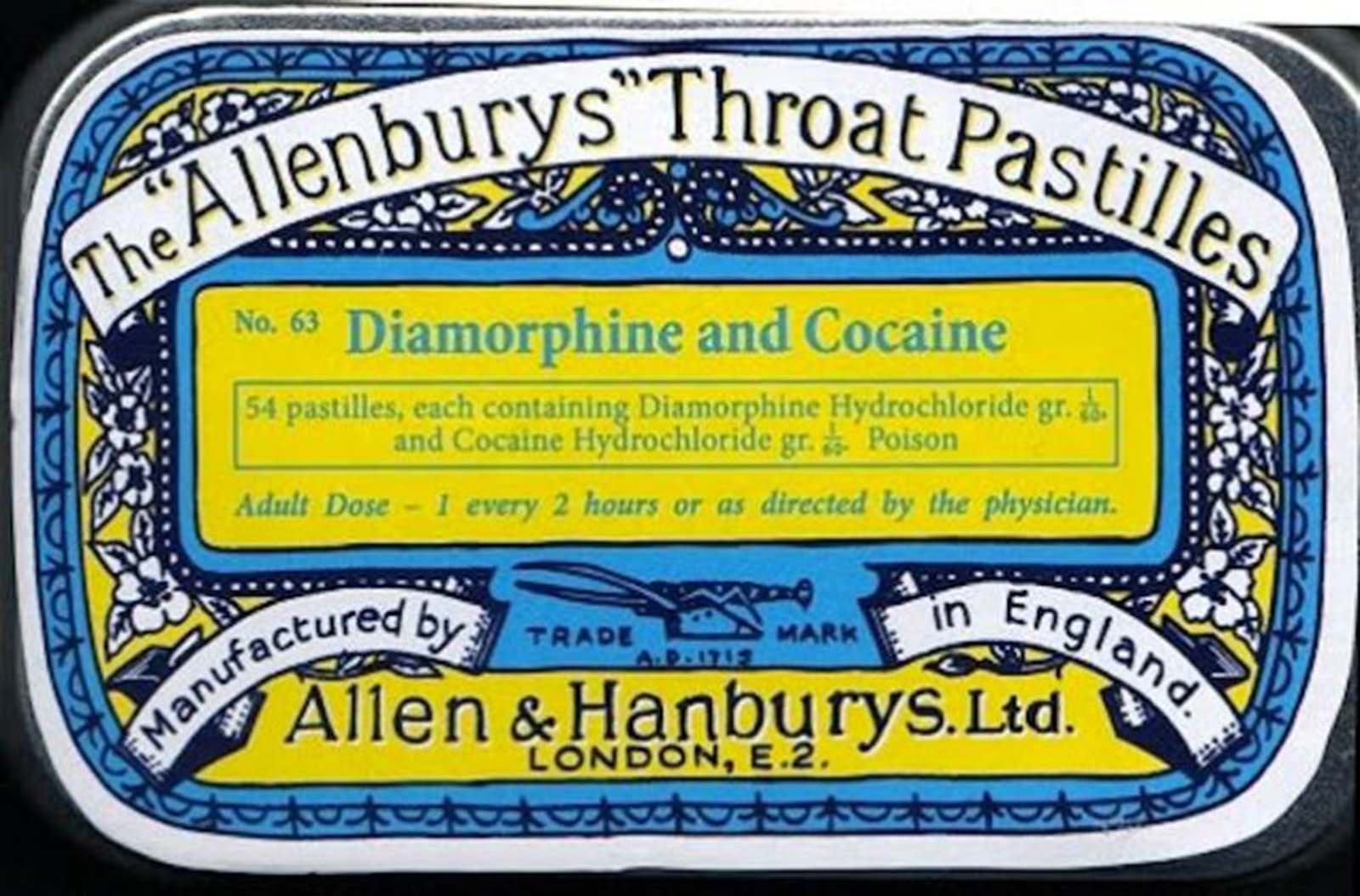 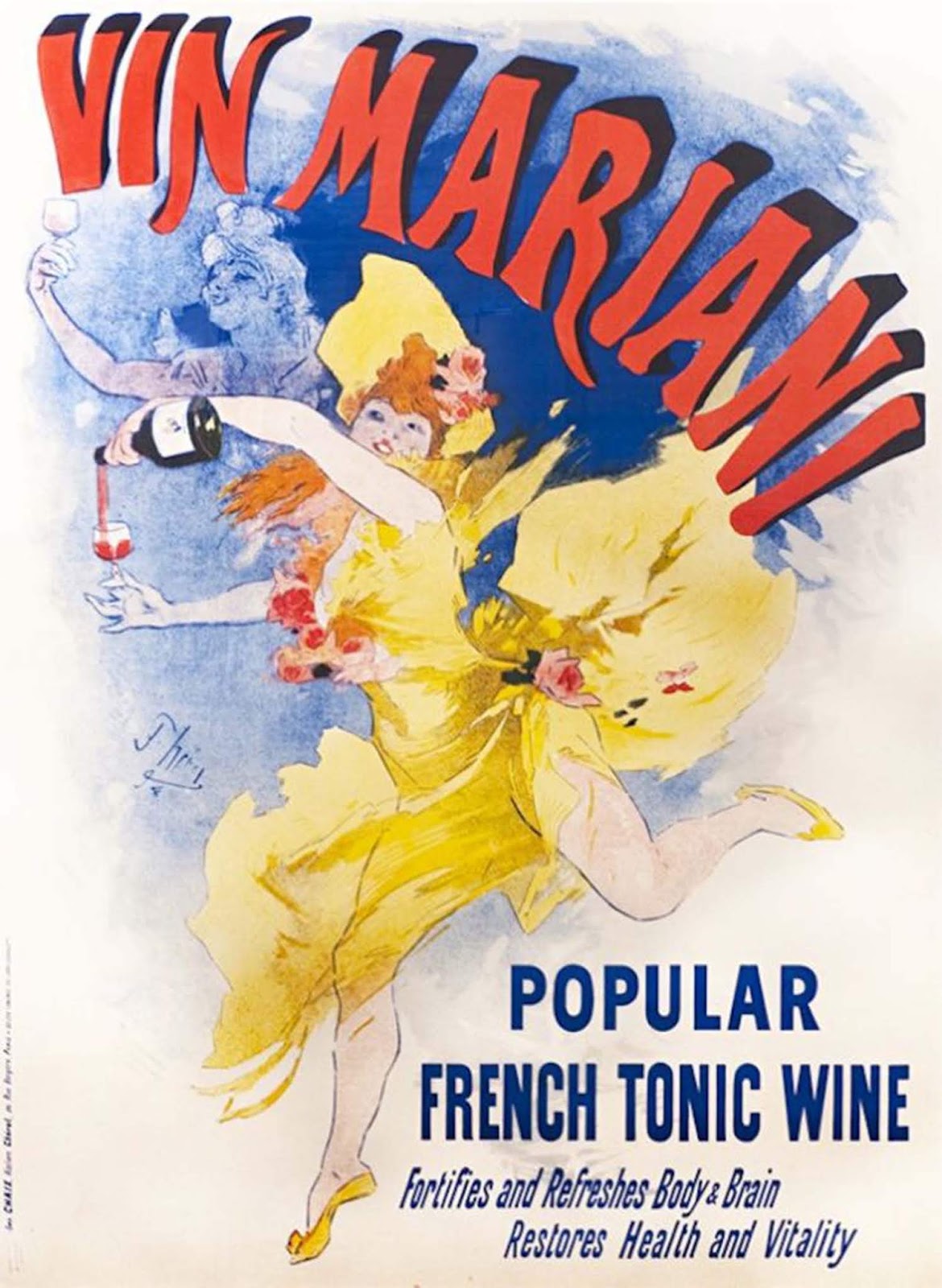 This wine was loaded with 6 – 7.2 milligrams of cocaine per fluid ounce. 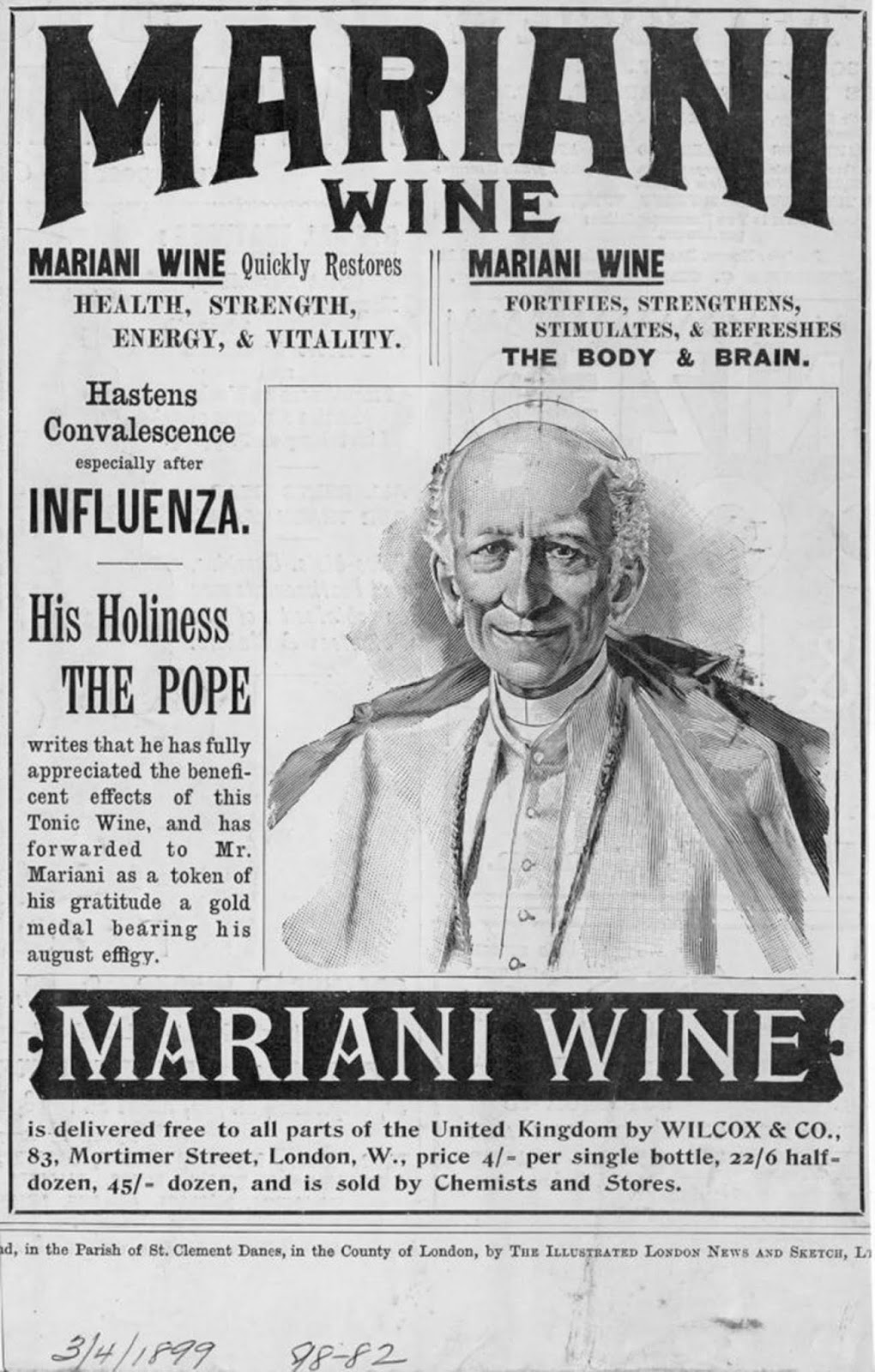 It was a favorite of historical figures from Queen Victoria, to Pope Leo XIII, and Thomas Edison. 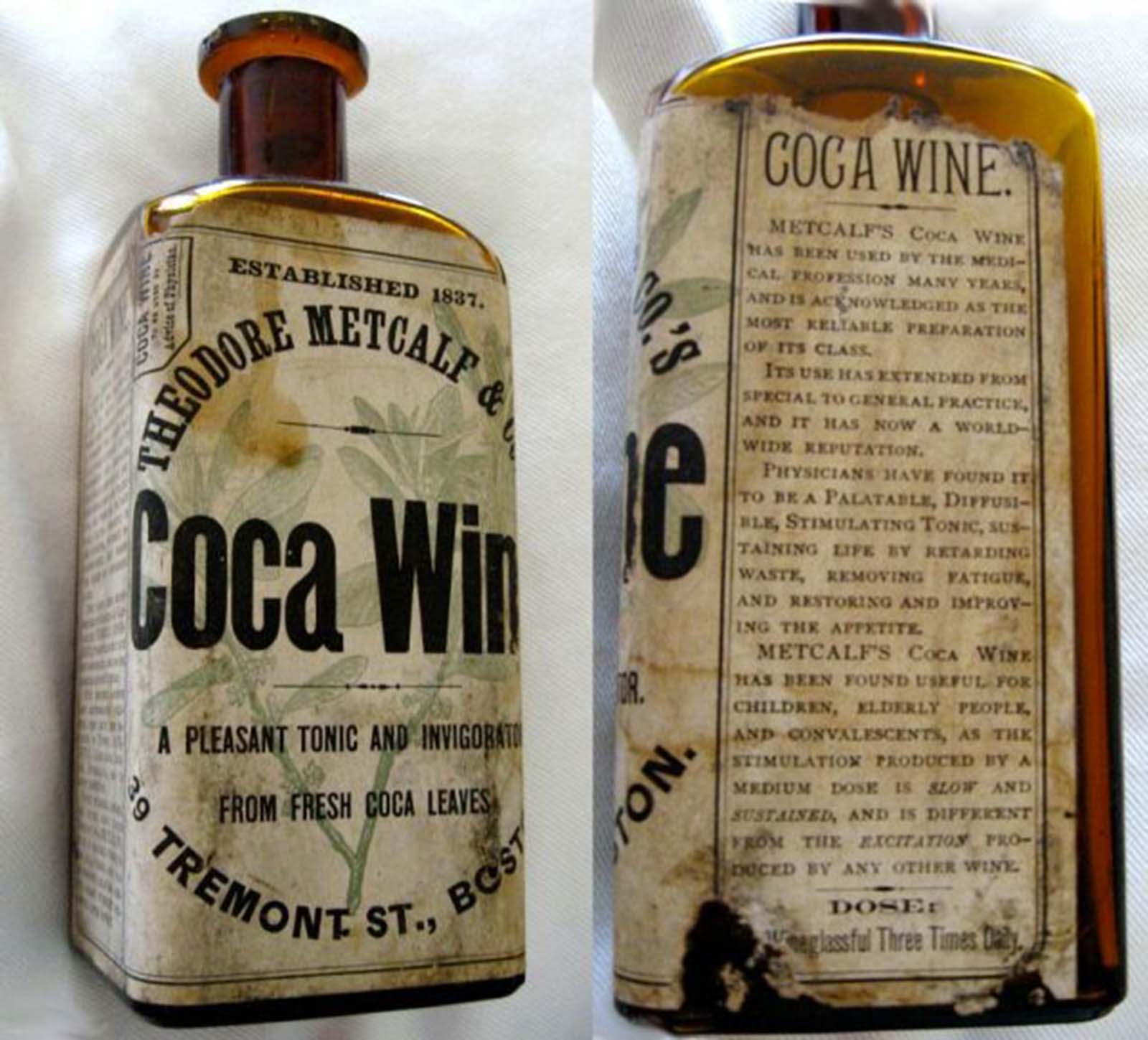 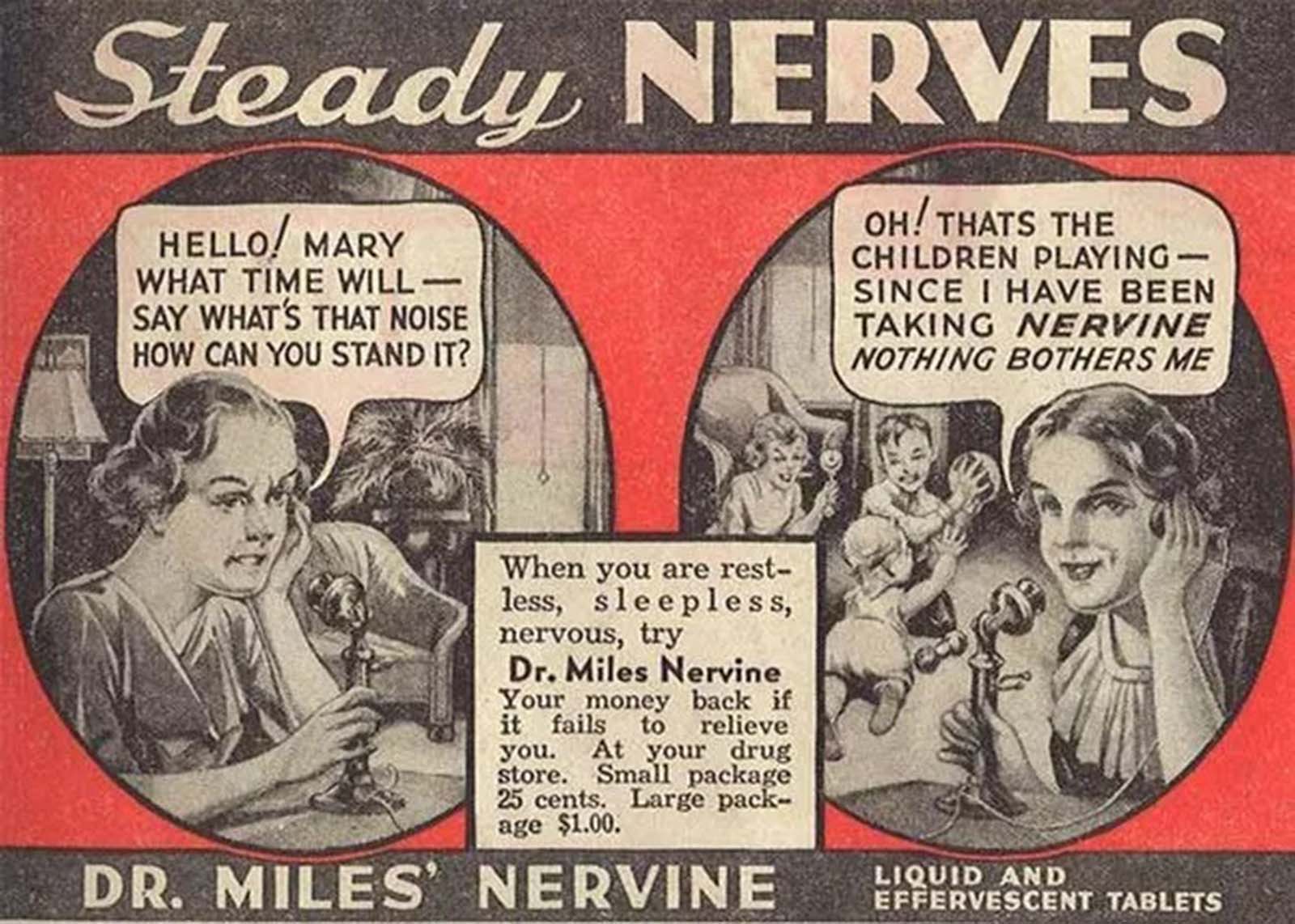 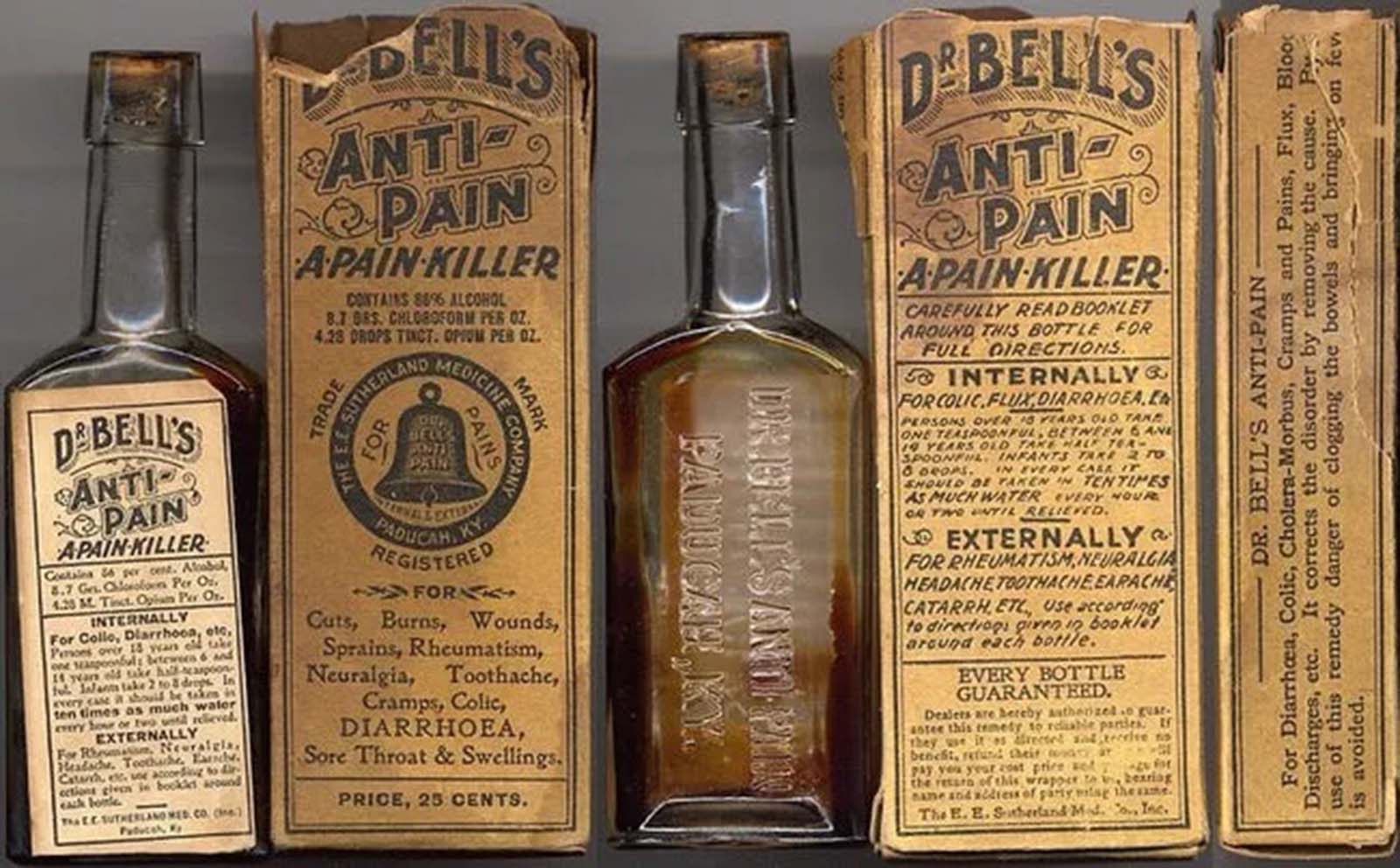 There’s nothing like alcohol and chloroform to cure what ails you.