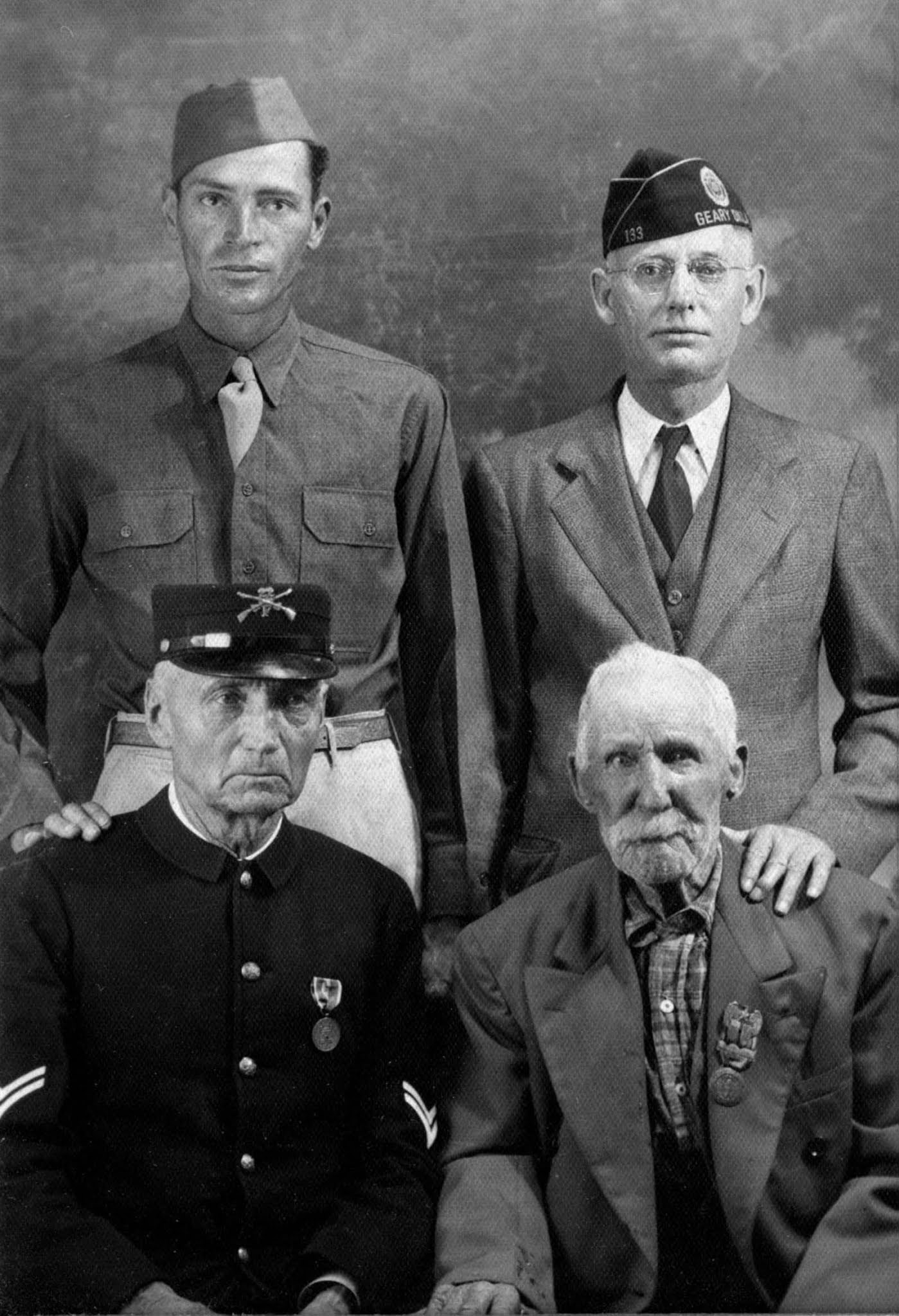 We can only imagine the horrors seen and shared between the four of these men. They all have the stare and you can see it gradually getting worse in their eyes as they get older. Approximately 80 years of wars in one picture, all of them went to war but experienced completely different types of warfare.

The original photograph is part of the collection entitled: Kent Ruth Collection and was provided by the Oklahoma Historical Society to The Gateway to Oklahoma History, a digital repository hosted by the UNT Libraries.

The American Civil War was a civil war in the United States from 1861 to 1865, fought between northern states loyal to the Union and southern states that had seceded to form the Confederate States of America.[e] The civil war began primarily as a result of the long-standing controversy over the enslavement of black people.

The Spanish–American War was a short but decisive war marked by quick, overwhelming American victories at sea and on land against Spain. The Navy was well-prepared and won laurels, even as politicians tried (and failed) to have it redeployed to defend East Coast cities against potential threats from the feeble Spanish fleet.

The United States campaigns in World War I began after American entry in the war in early April 1917. The American Expeditionary Force (AEF) served on the Western Front, under General John J. Pershing, and engaged in 13 official military campaigns between 1917 and 1918.

U.S. forces were first tested to a limited degree in the North African Campaign and then employed more significantly with British Forces in Italy in 1943–45, where U.S. forces, representing about a third of the Allied forces deployed, bogged down after Italy surrendered and the Germans took over. Finally the main invasion of France took place in June 1944, under General Dwight D. Eisenhower.