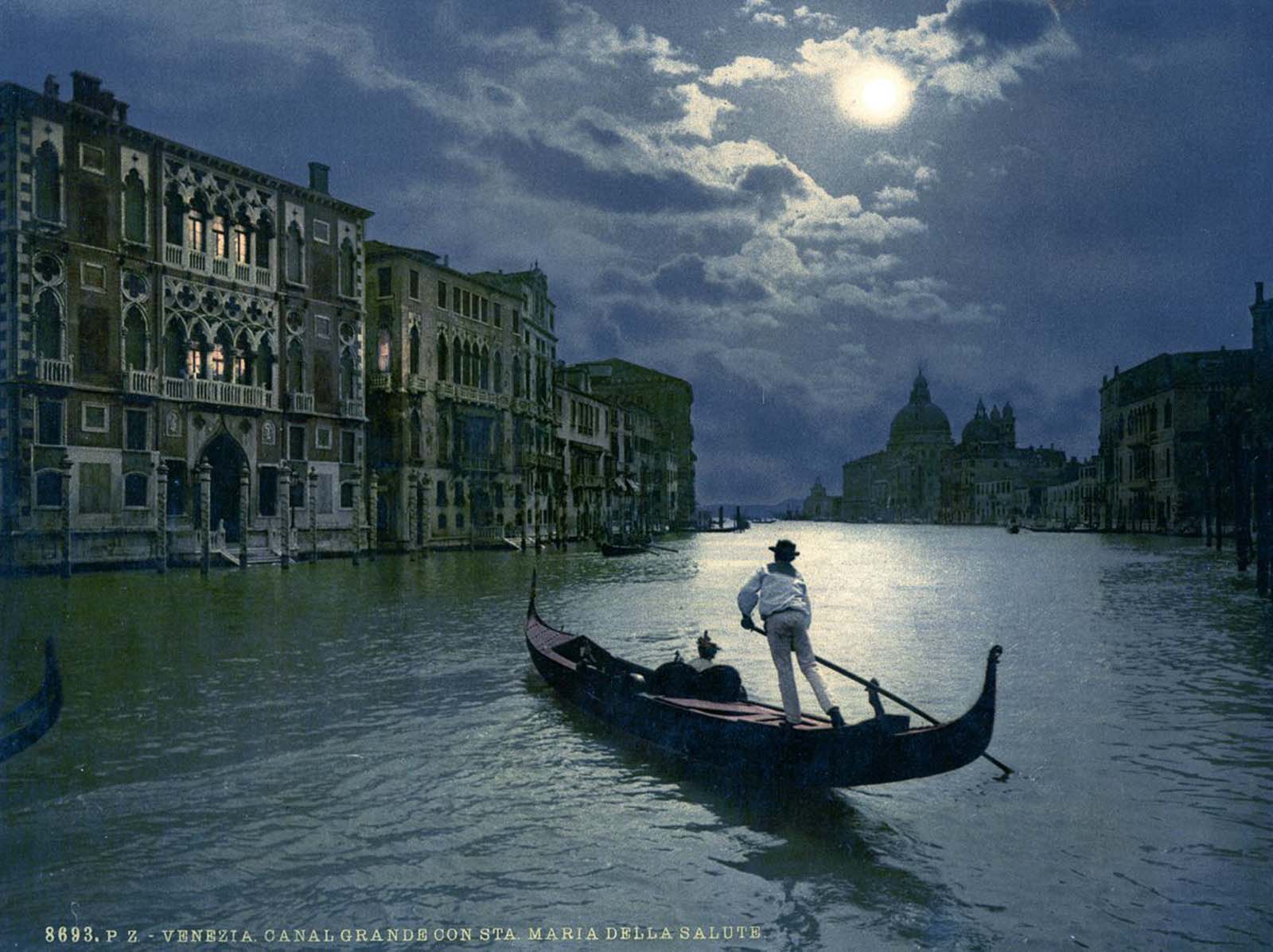 The Grand Canal by moonlight.

These photographs of Belle Époque Venice were processed and colored using the Photochrom process. The Library of Congress’ page on the photochrom process explains it: “Photochrom prints are ink-based images produced through ‘the direct photographic transfer of an original negative onto litho and chromographic printing plates.”

The photocrom’s inventor Hans Jakob Schmid came up with the technique in the 1880s and it involves coating a tablet of lithographic limestone with a light-sensitive emulsion, then exposing it to sunlight under a photo negative for up to several hours.

While Photocrom prints may look an awful lot like color photographs, if you look at them through a magnifying glass and the small dots that comprise the ink-based photomechanical image are visible.

The photochrom technology has given us, among other striking pieces of visual history, these lush images of Venice, which the writer of place Jan Morris once described as “less a city than an experience.”

The construction of Venice started in the 5th century AD after the fall of the Roman Empire when refugees from the mainland fled to the islands in the lagoon. Soon, there were so many of them that they needed more space, so they drove wooden poles deep into the clay beneath the ground. 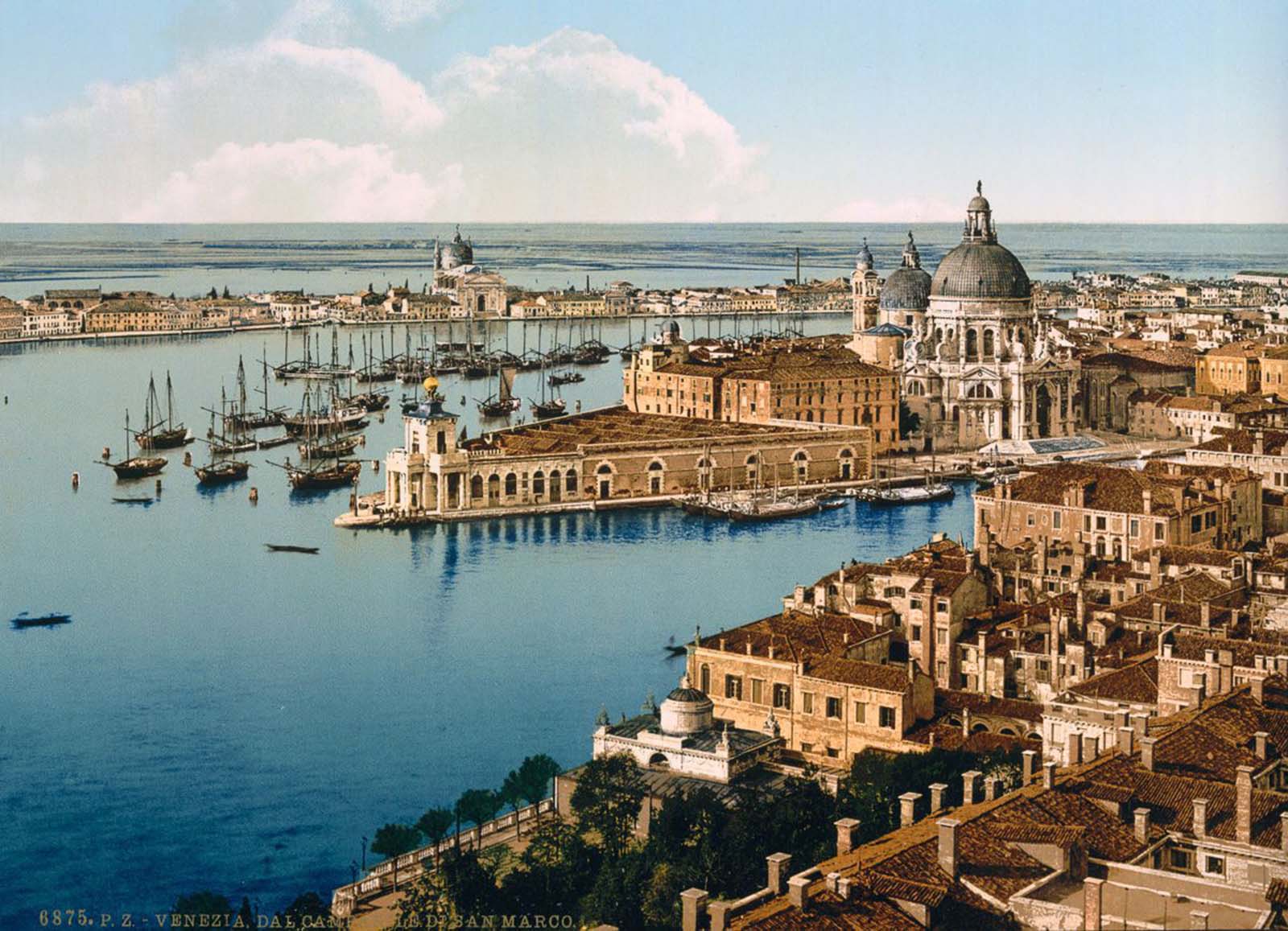 A view from the Campanile.

On top of the wooden poles, they built wooden platforms, and then on top of that, they constructed their buildings—all of which means that Venice is basically built on wood and water.

The wood has miraculously avoided decay over the centuries since it’s underwater and not exposed to oxygen, and also because the saltwater has hardened the wood into a more durable stone-like consistency.

Venice has been known as “La Dominante”, “La Serenissima”, “Queen of the Adriatic”, “City of Water”, “City of Masks”, “City of Bridges”, “The Floating City”, and “City of Canals”.

The lagoon and a part of the city are listed as a UNESCO World Heritage Site. Parts of Venice are renowned for the beauty of their settings, architecture, and artwork.

Venice is known for several important artistic movements—especially during the Renaissance period—has played an important role in the history of symphonic and operatic music, and is the birthplace of Antonio Vivaldi. 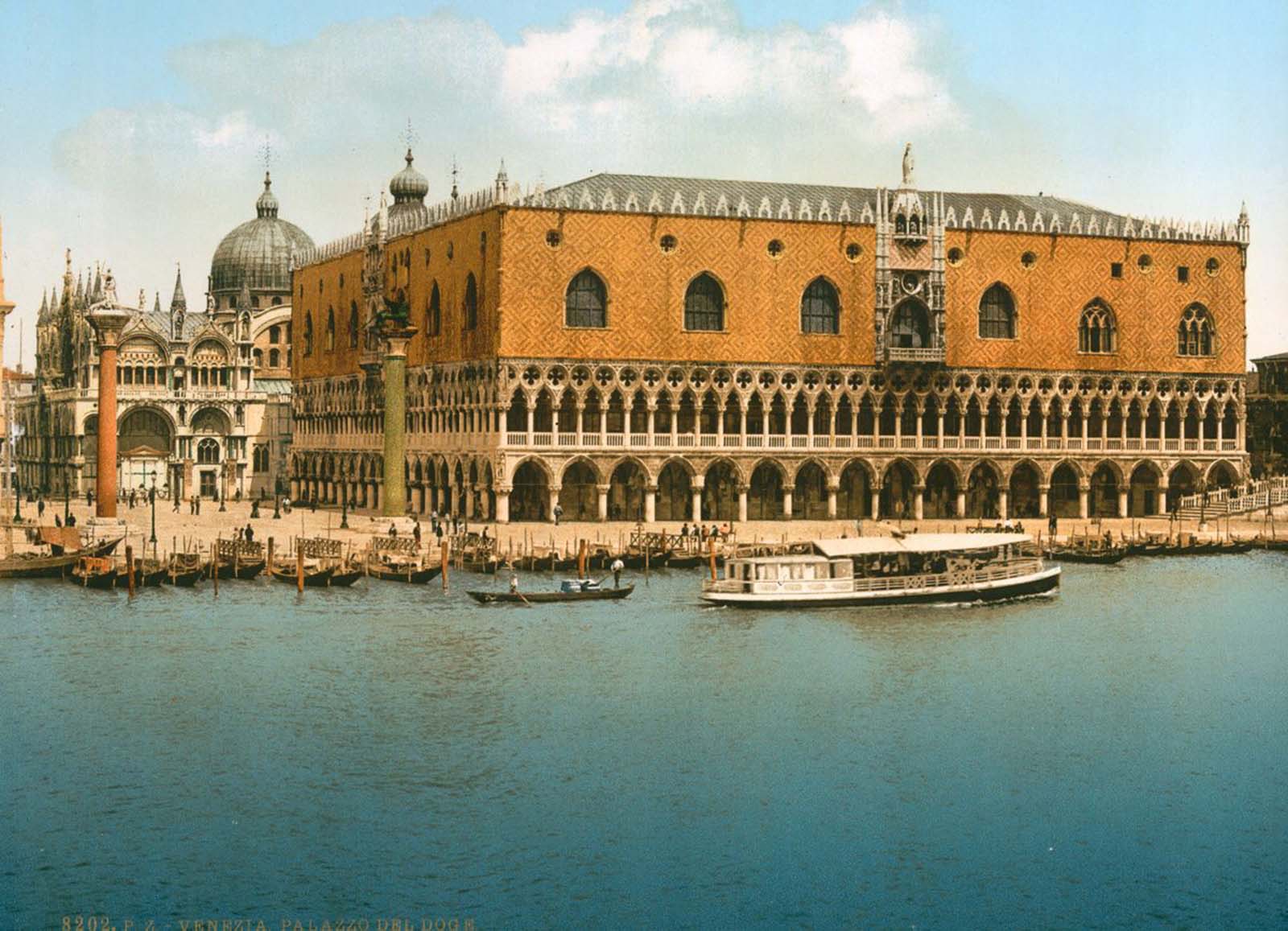 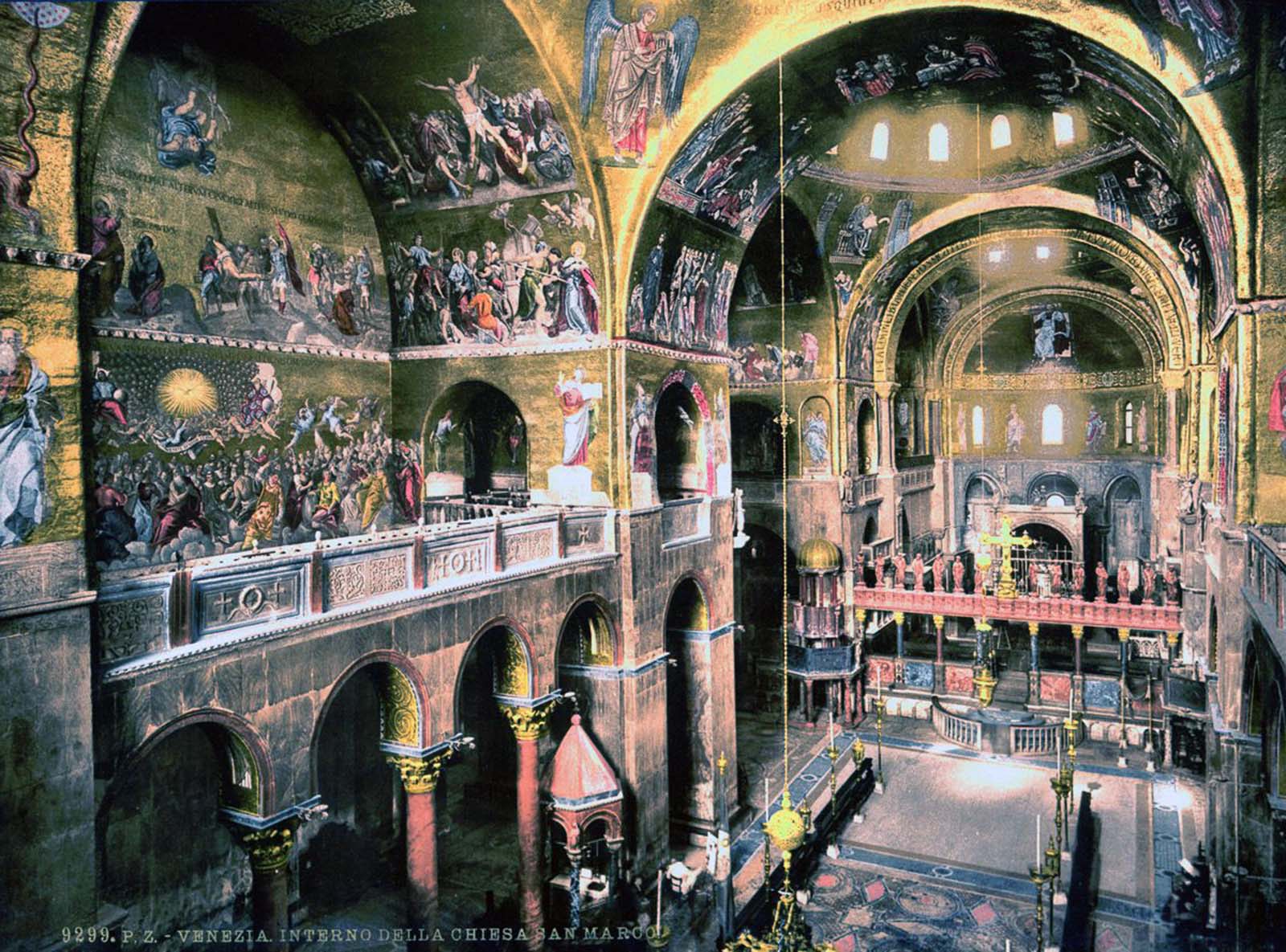 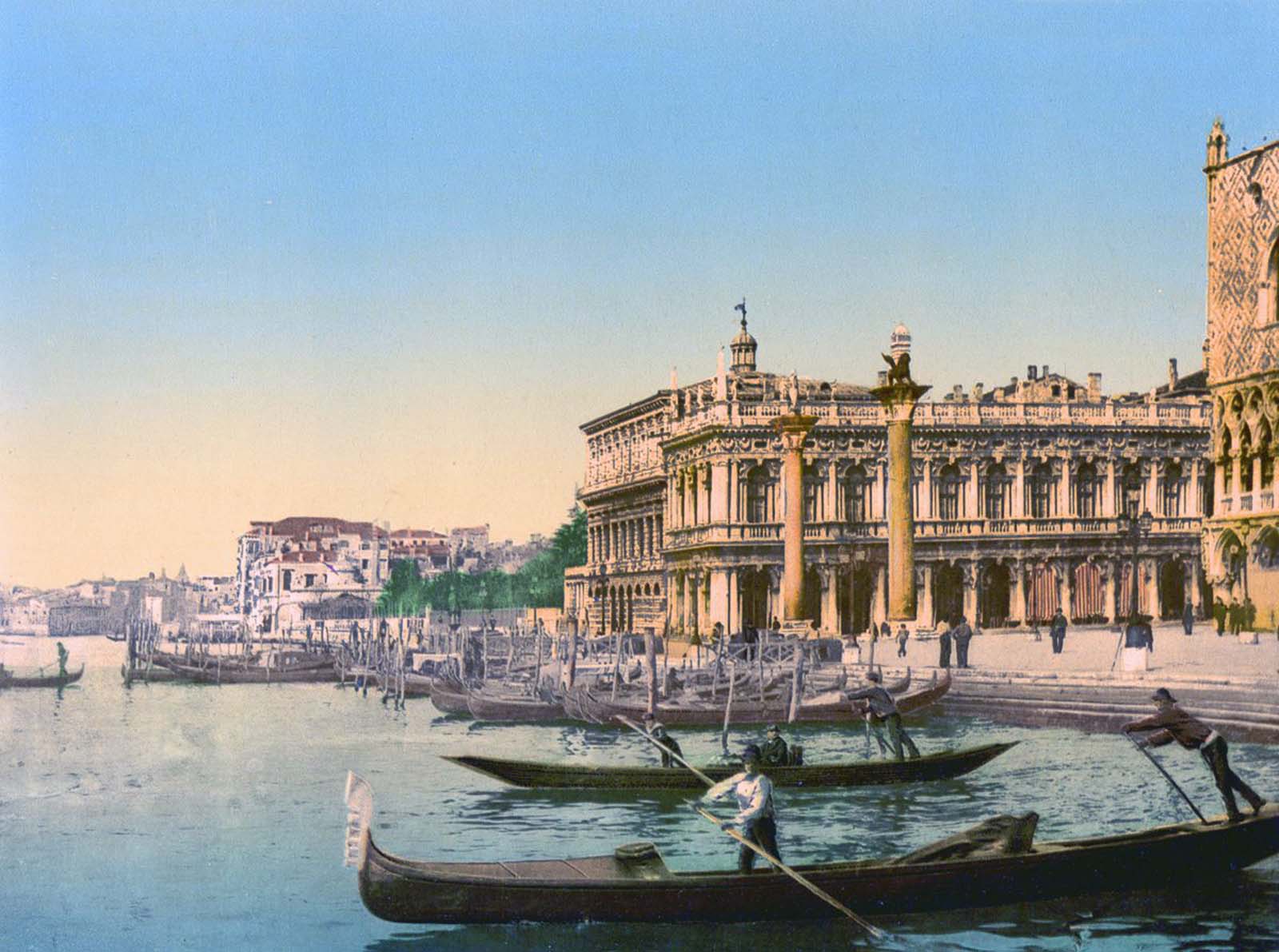 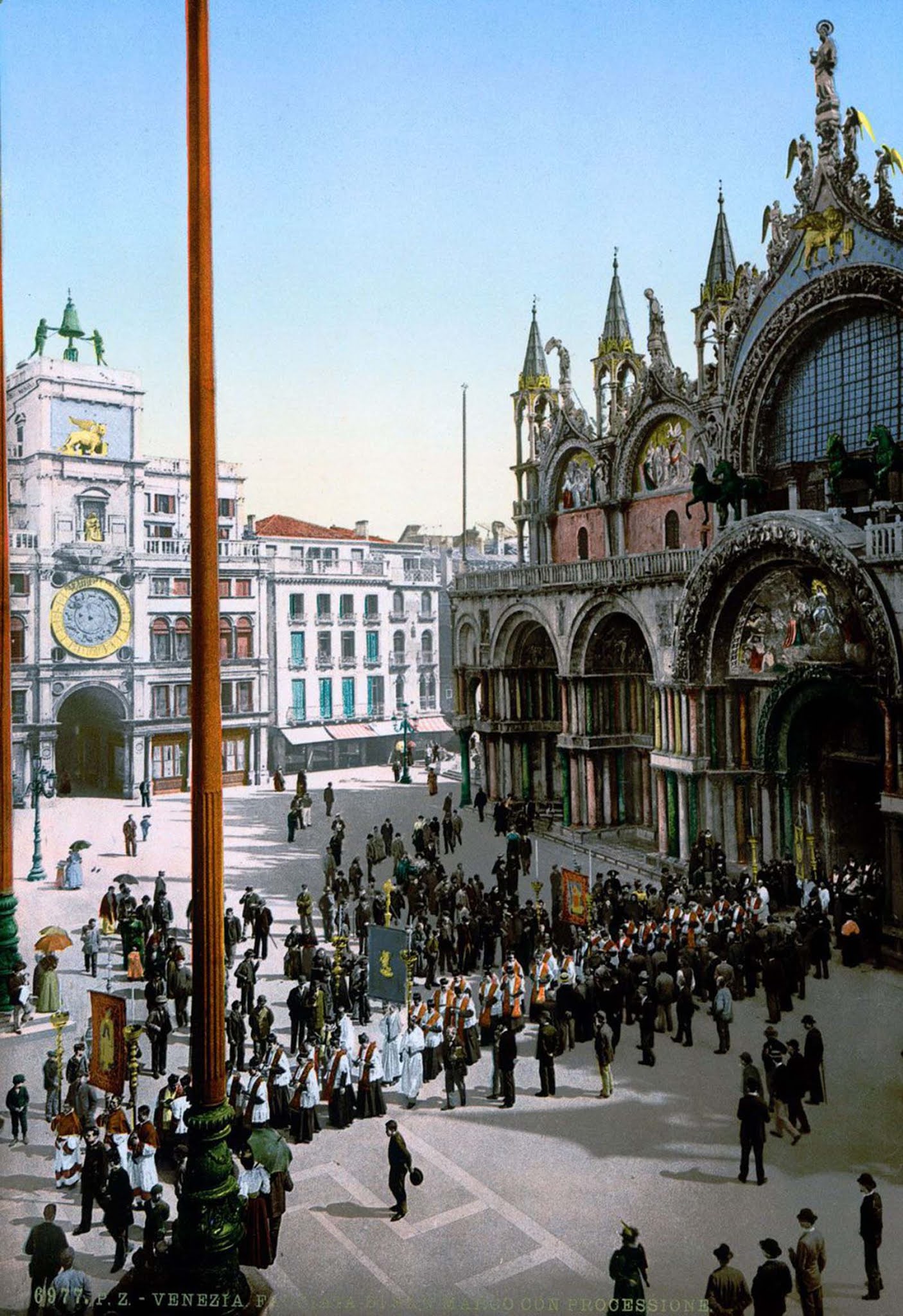 A procession in front of St. Mark’s. 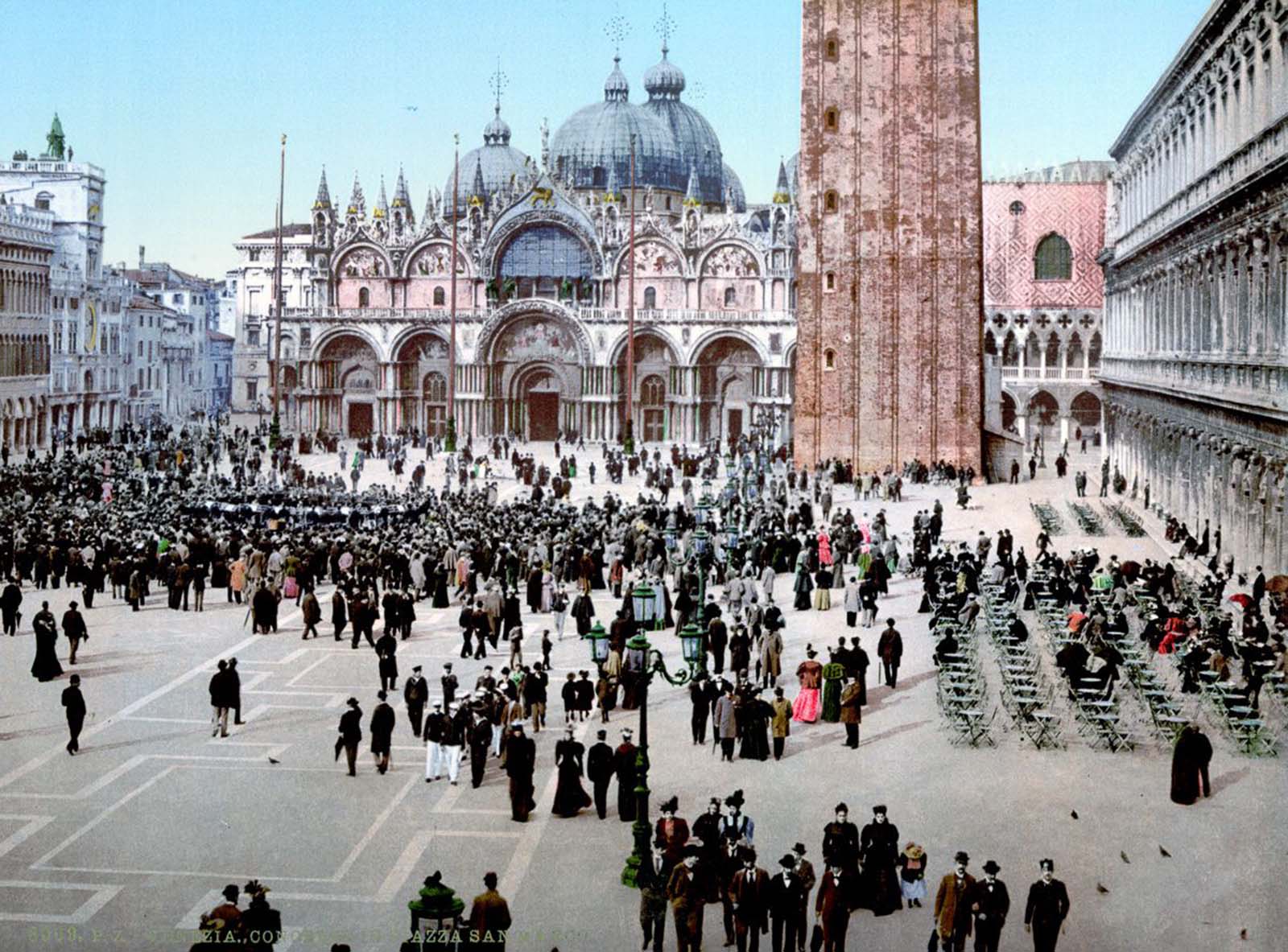 A concert in St. Mark’s Square. 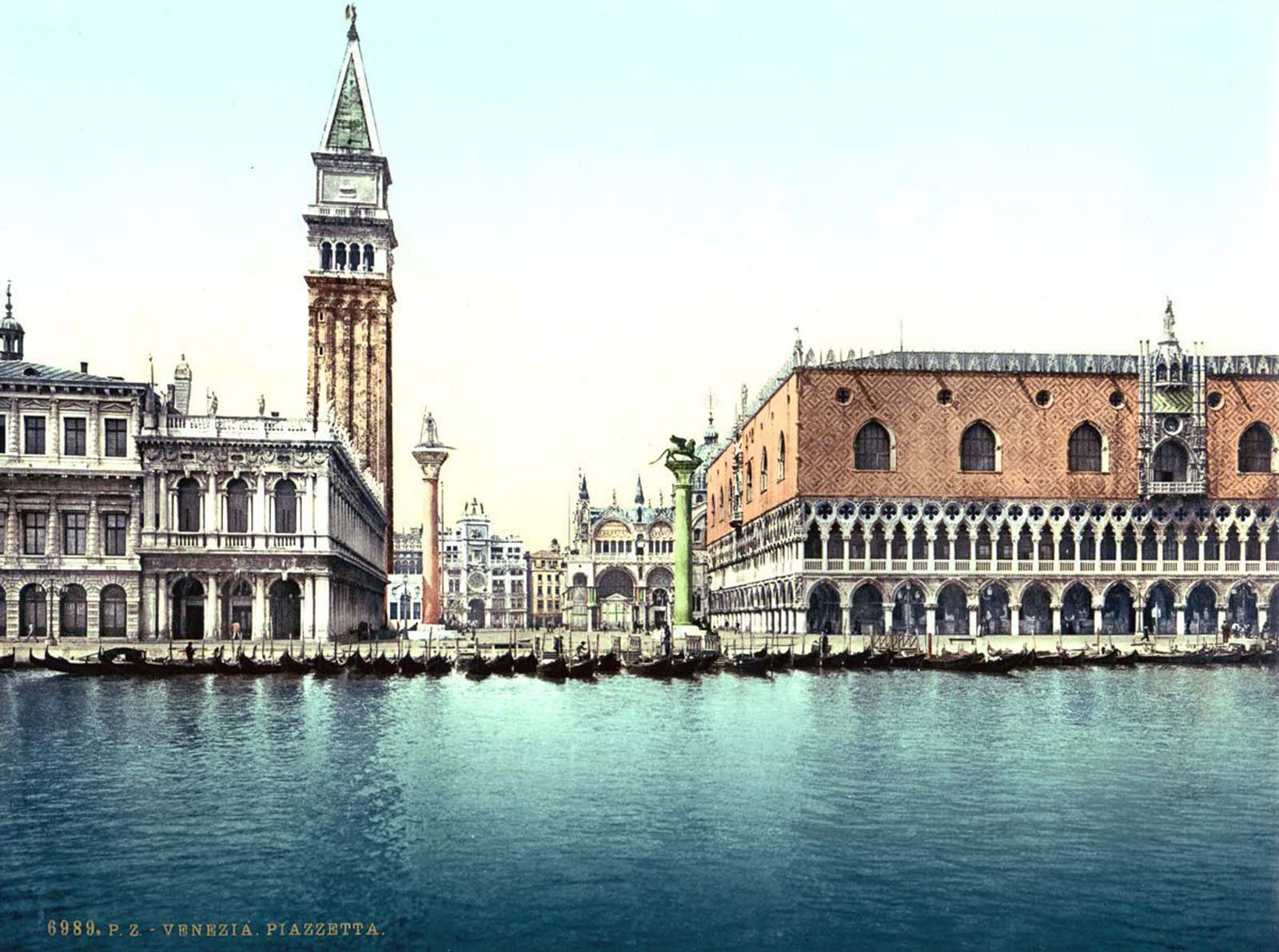 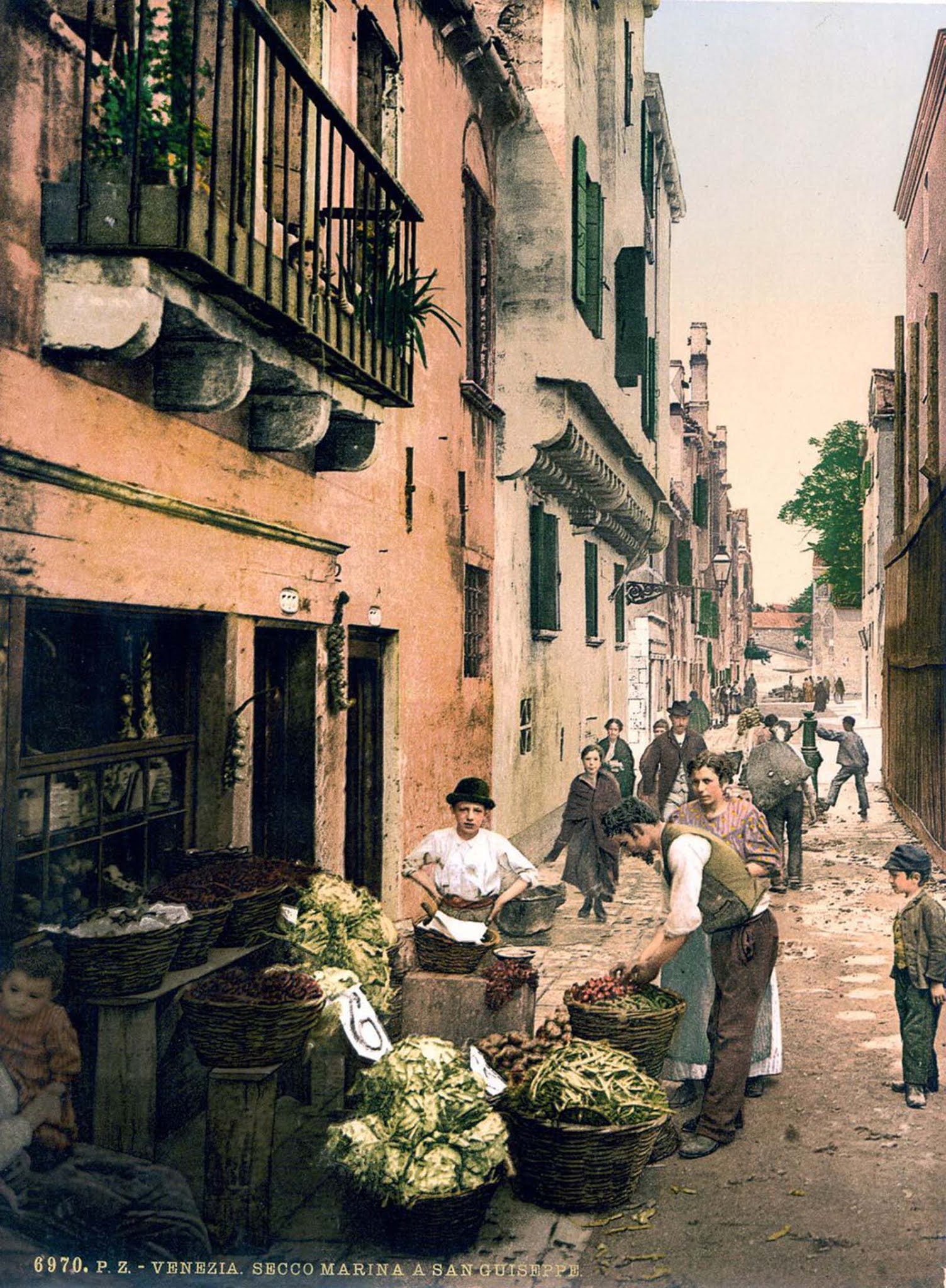 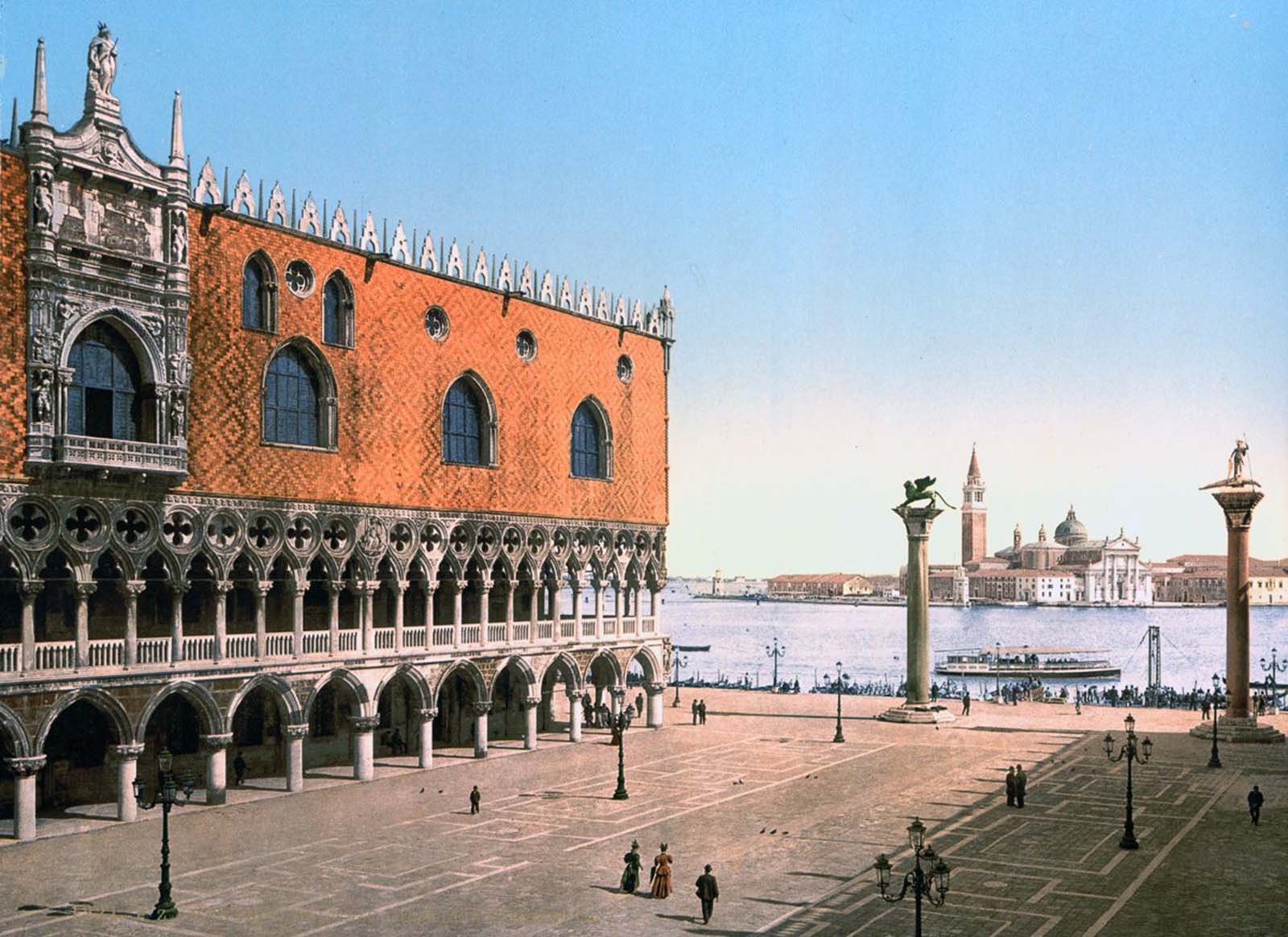 Doges’ Palace and the Piazzetta. 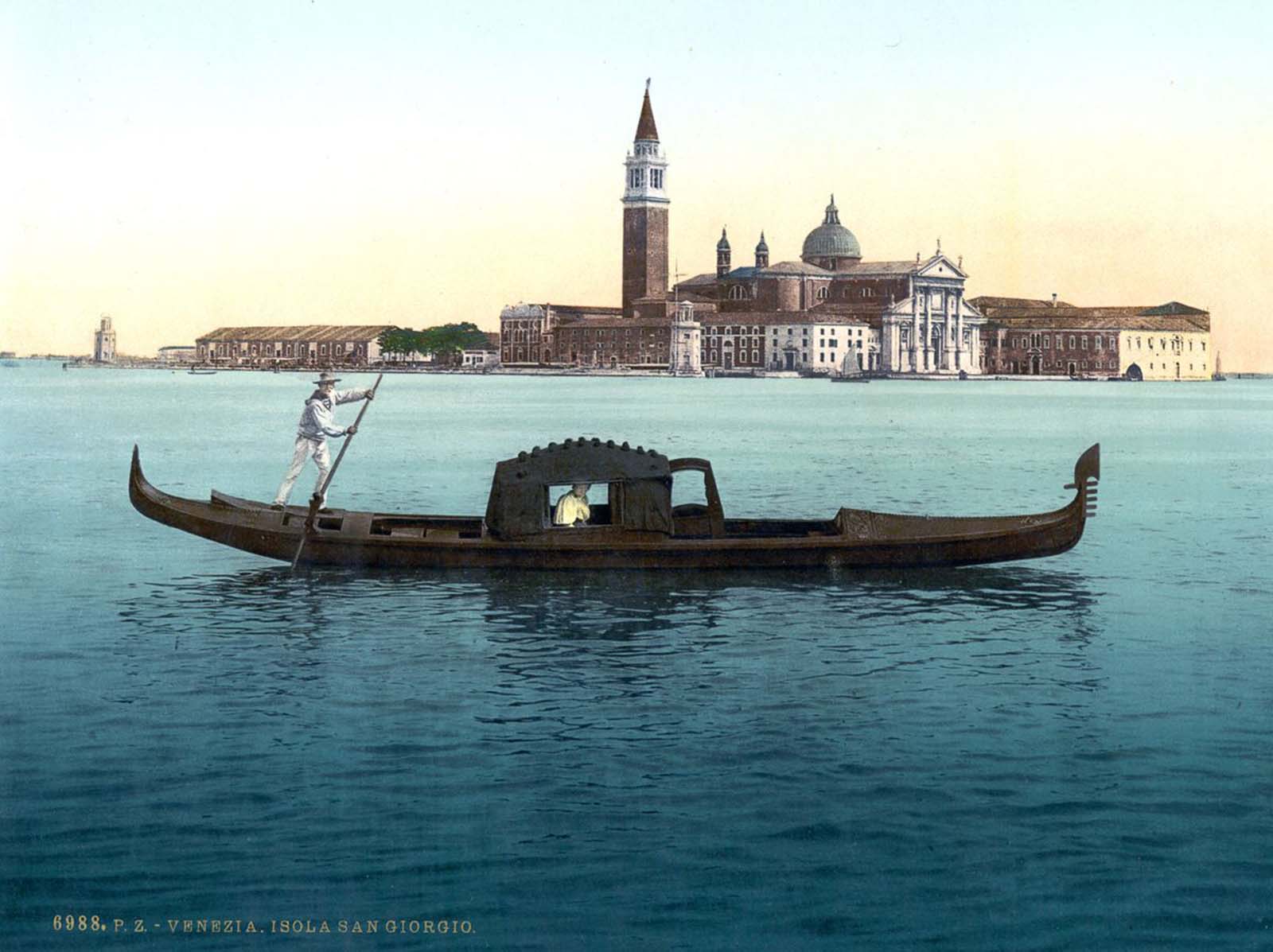 The island of San Giorgio Maggiore 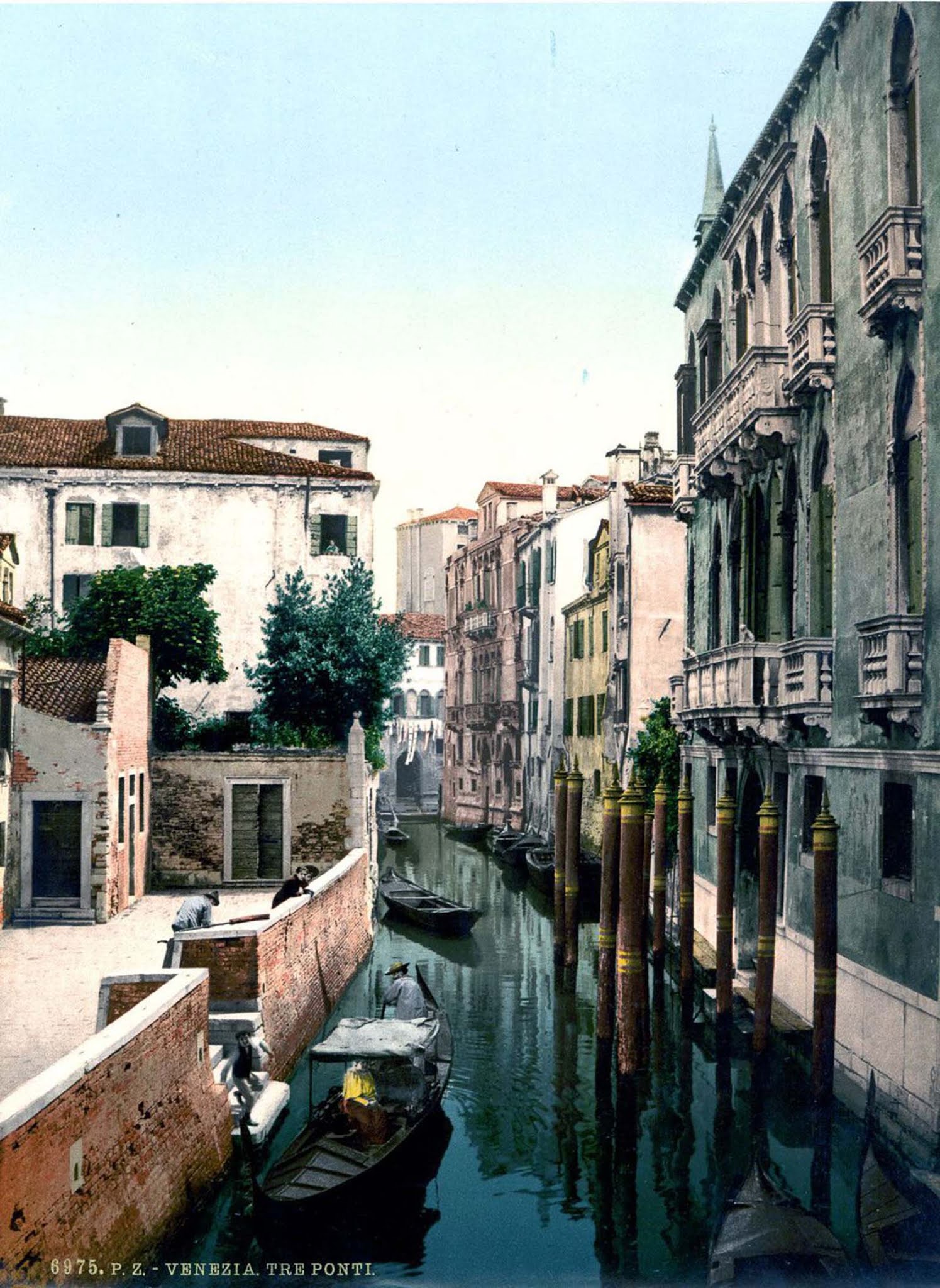 Rio di San Stin and on the right Palazzo Zen. (It has come to our attention that the original “Venezia Tre Ponti” caption is incorrect). 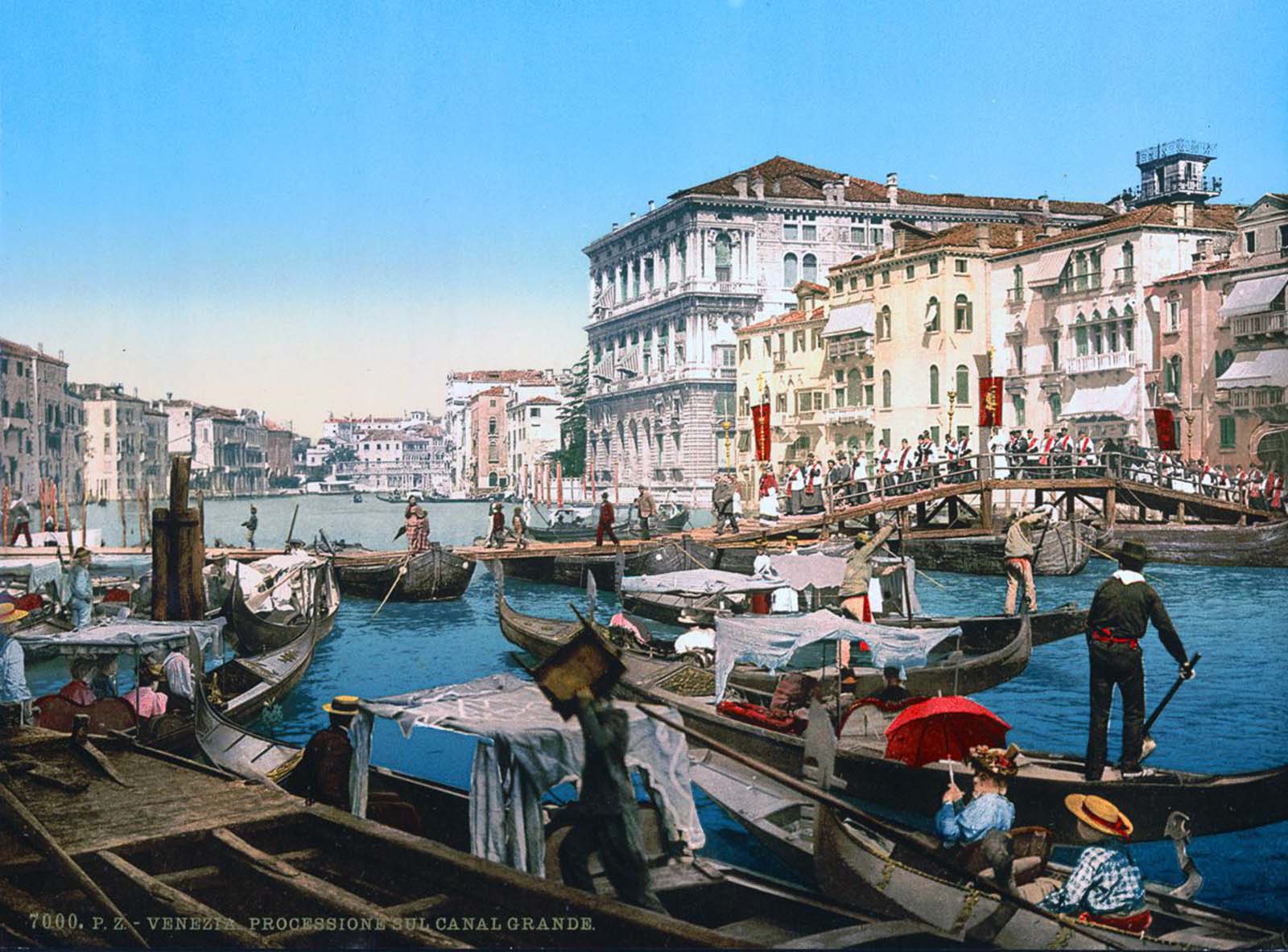 A procession over the Grand Canal. 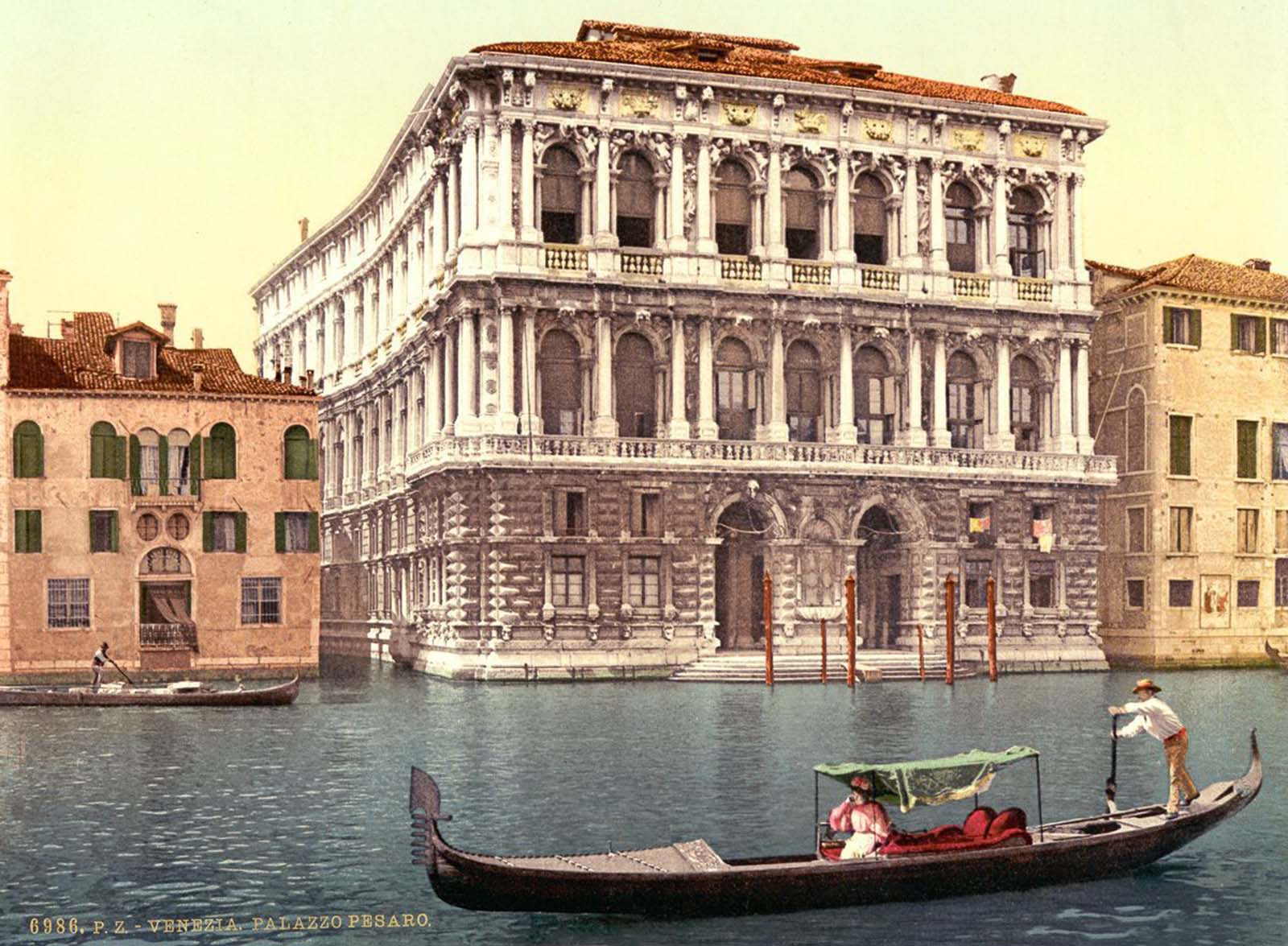 Pesaro Palace on the Grand Canal. 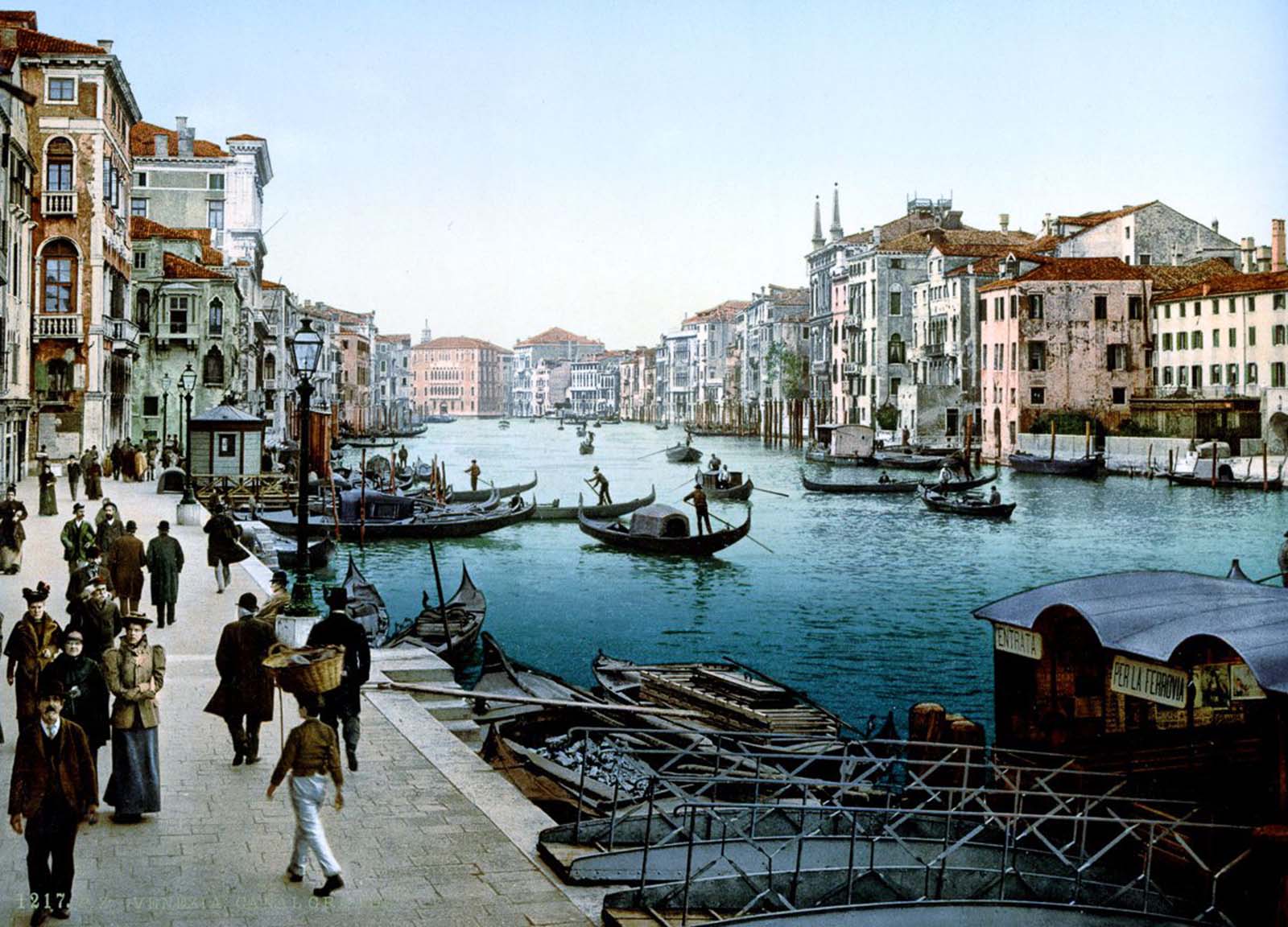 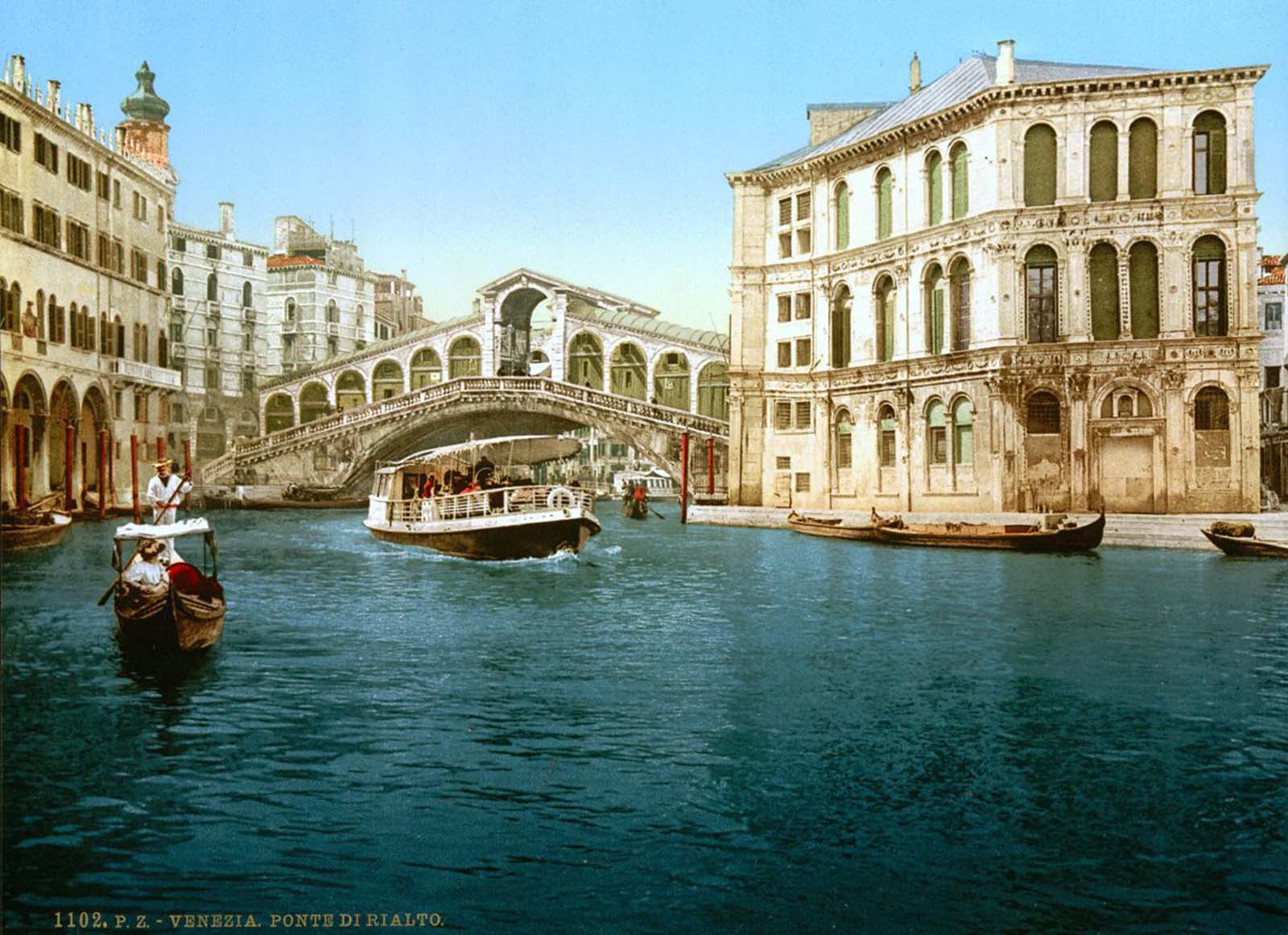 The Grand Canal and the Rialto Bridge. 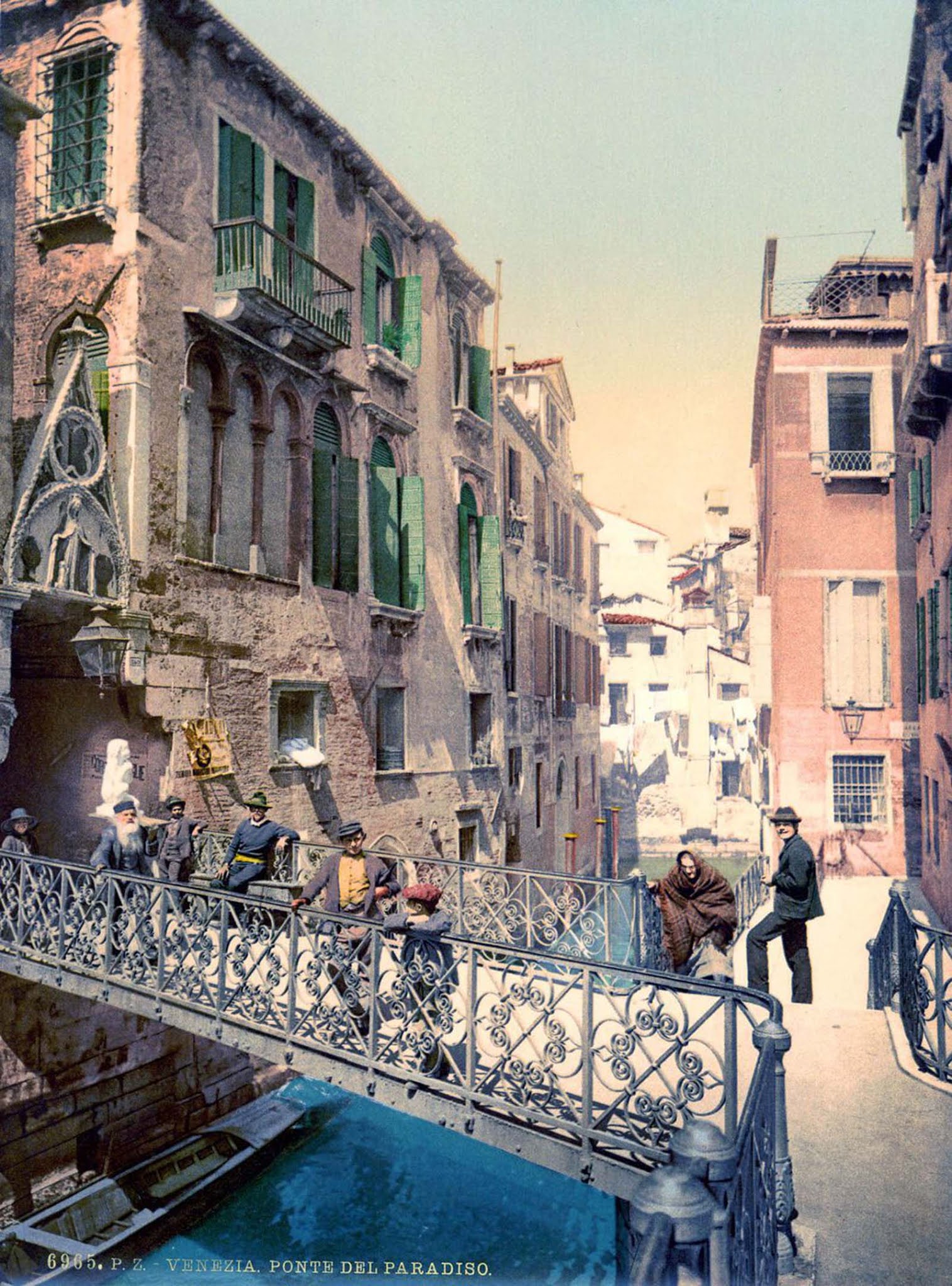 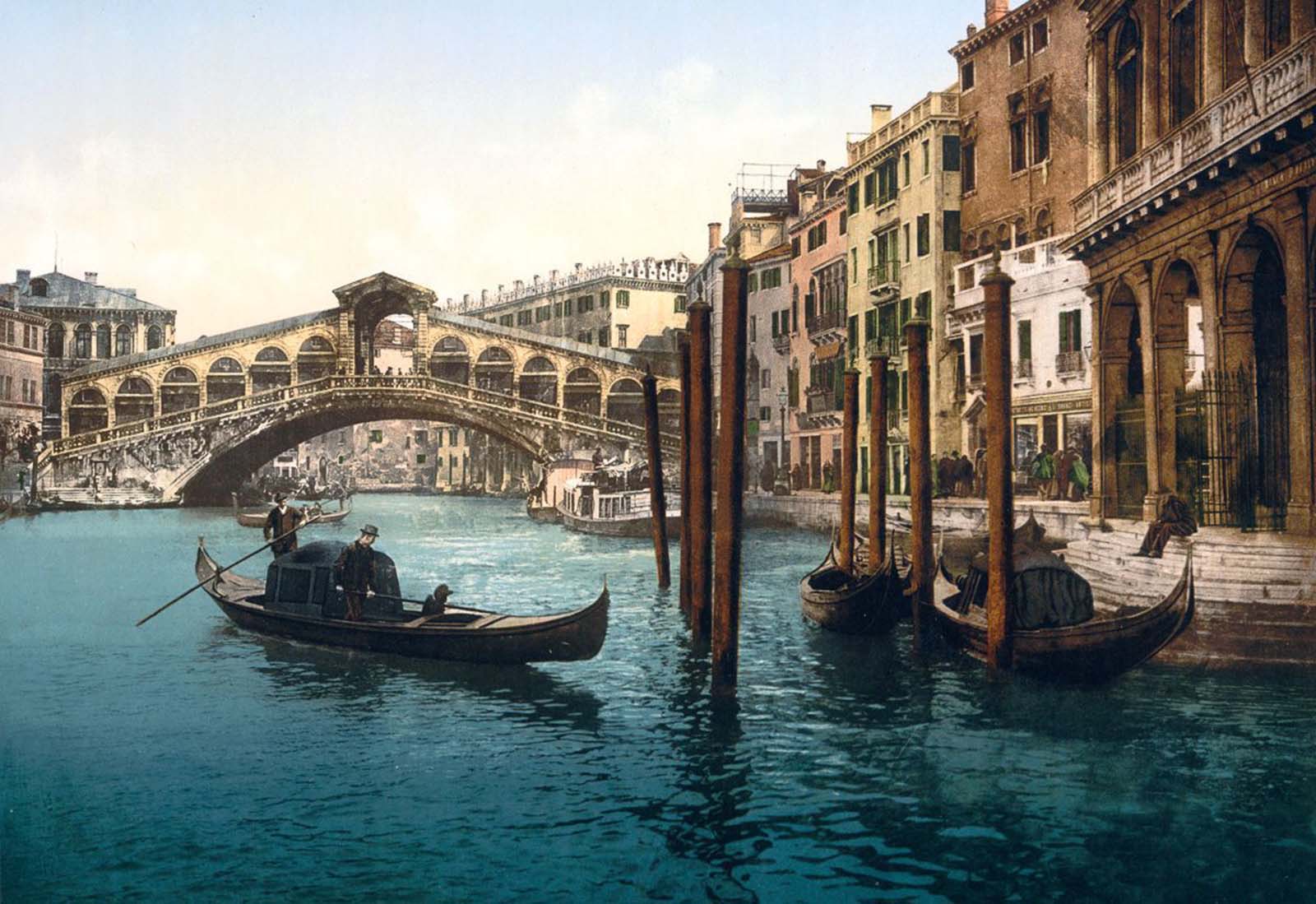 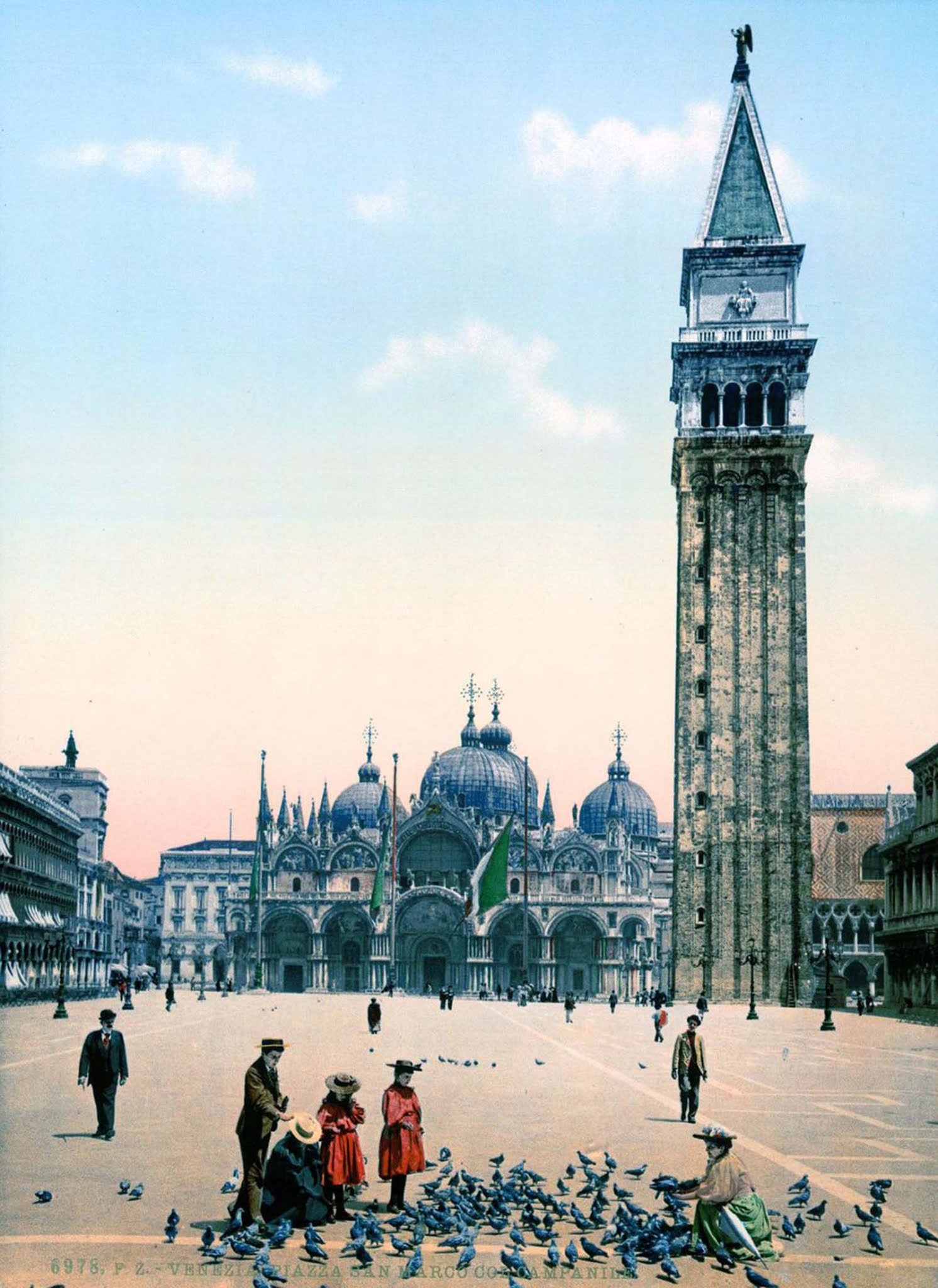 St. Mark’s Square and the Campanile. 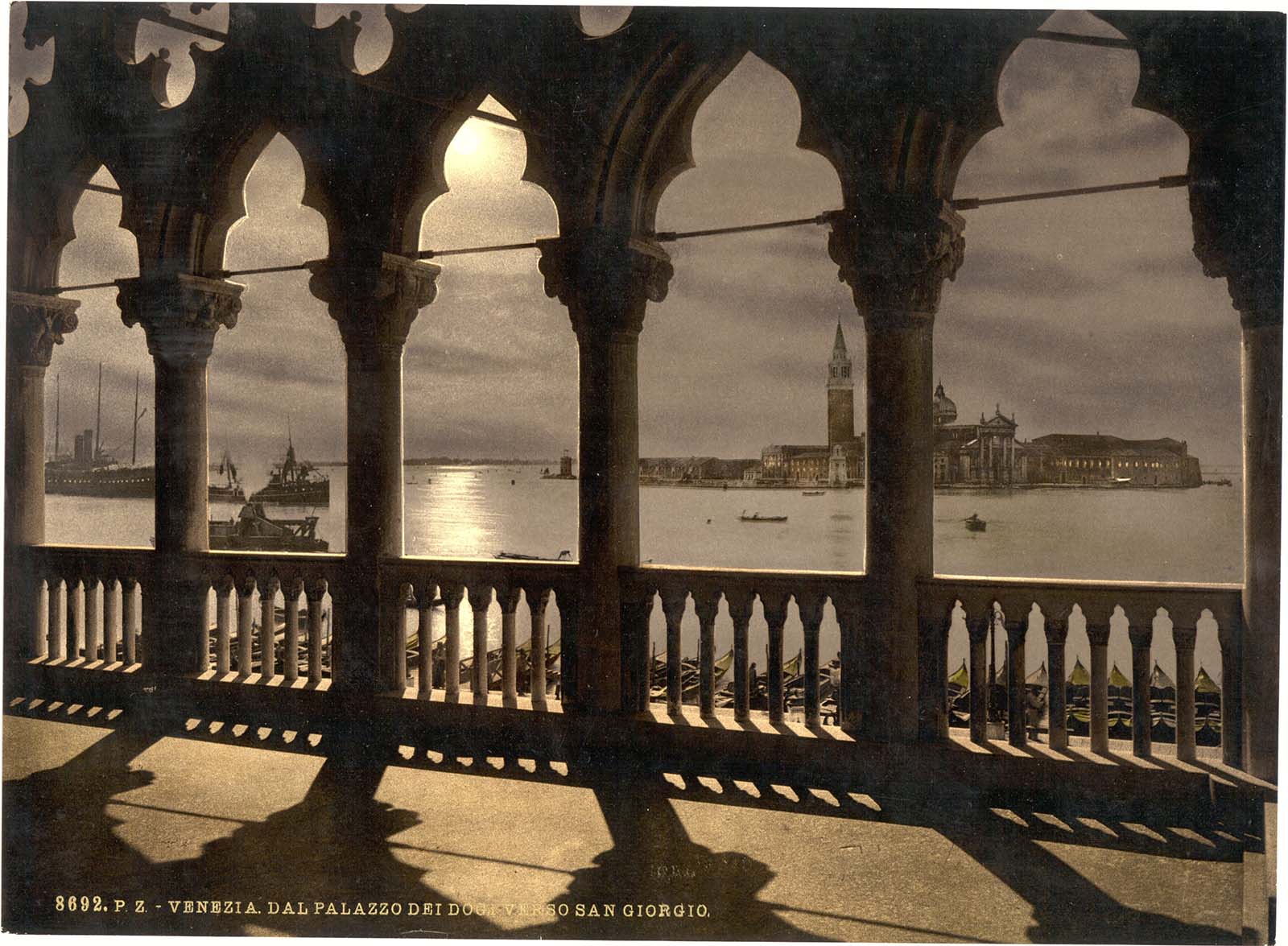 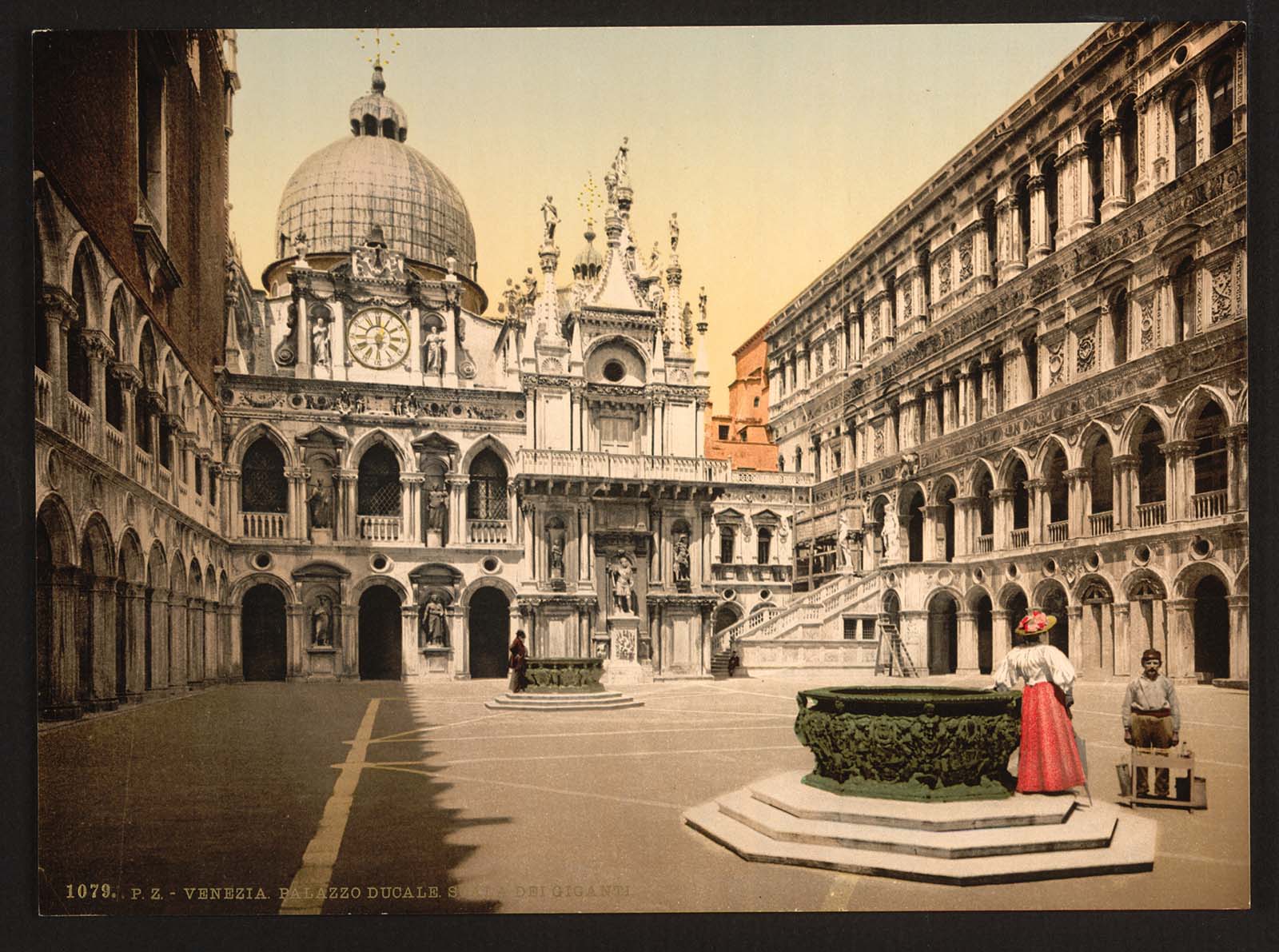 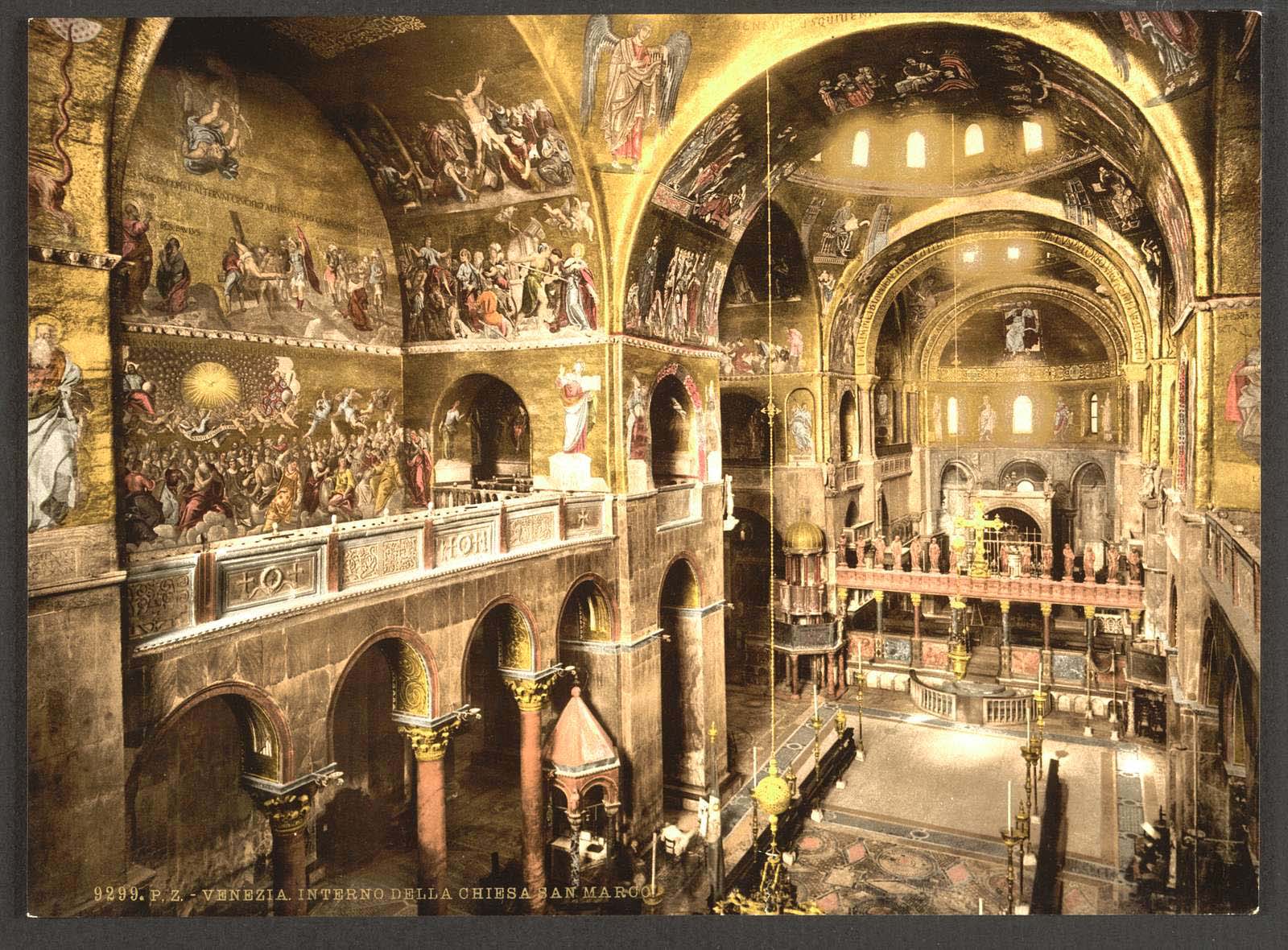 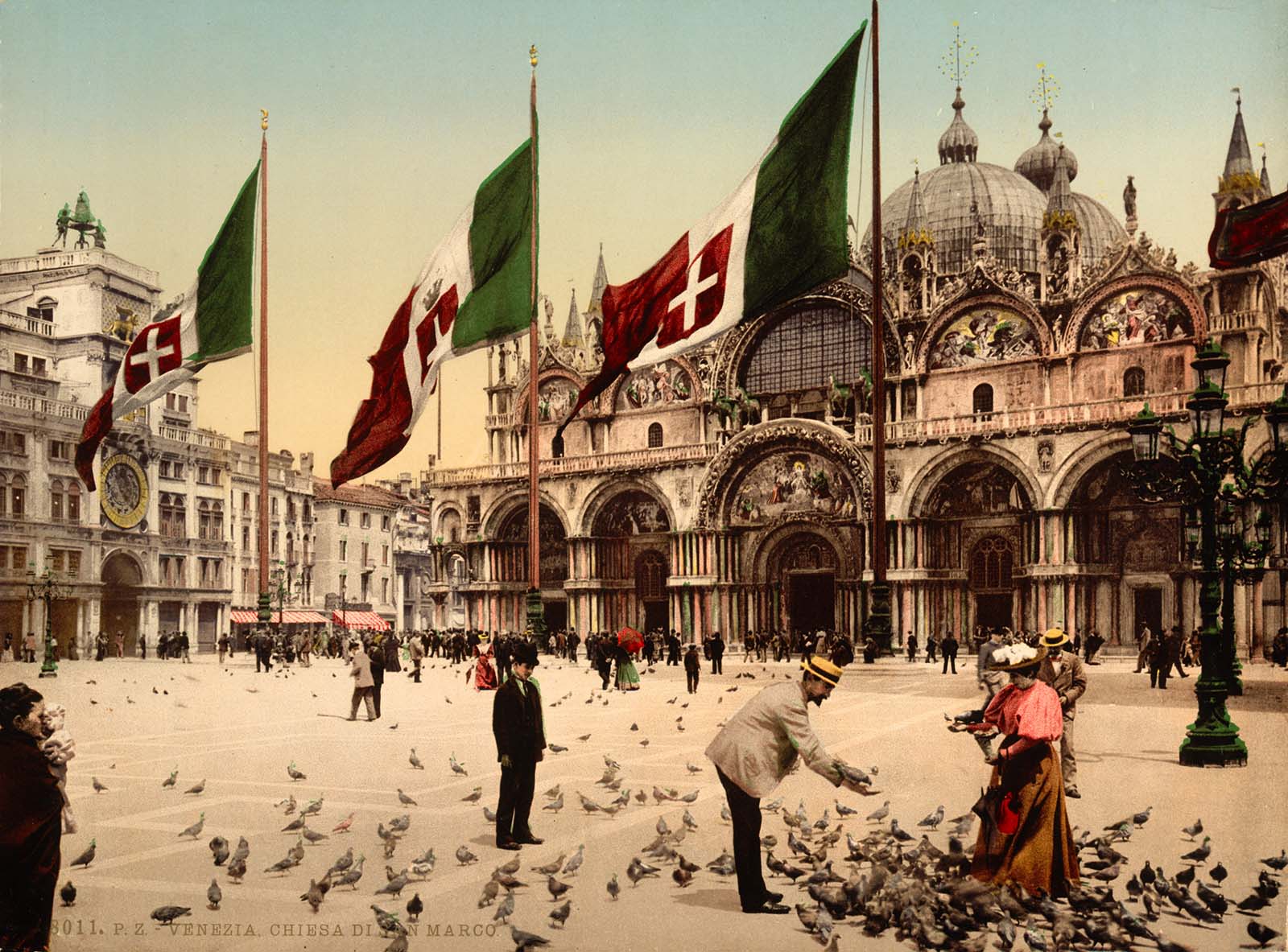 A scene of pigeon-feeding in St. Mark’s Piazza. 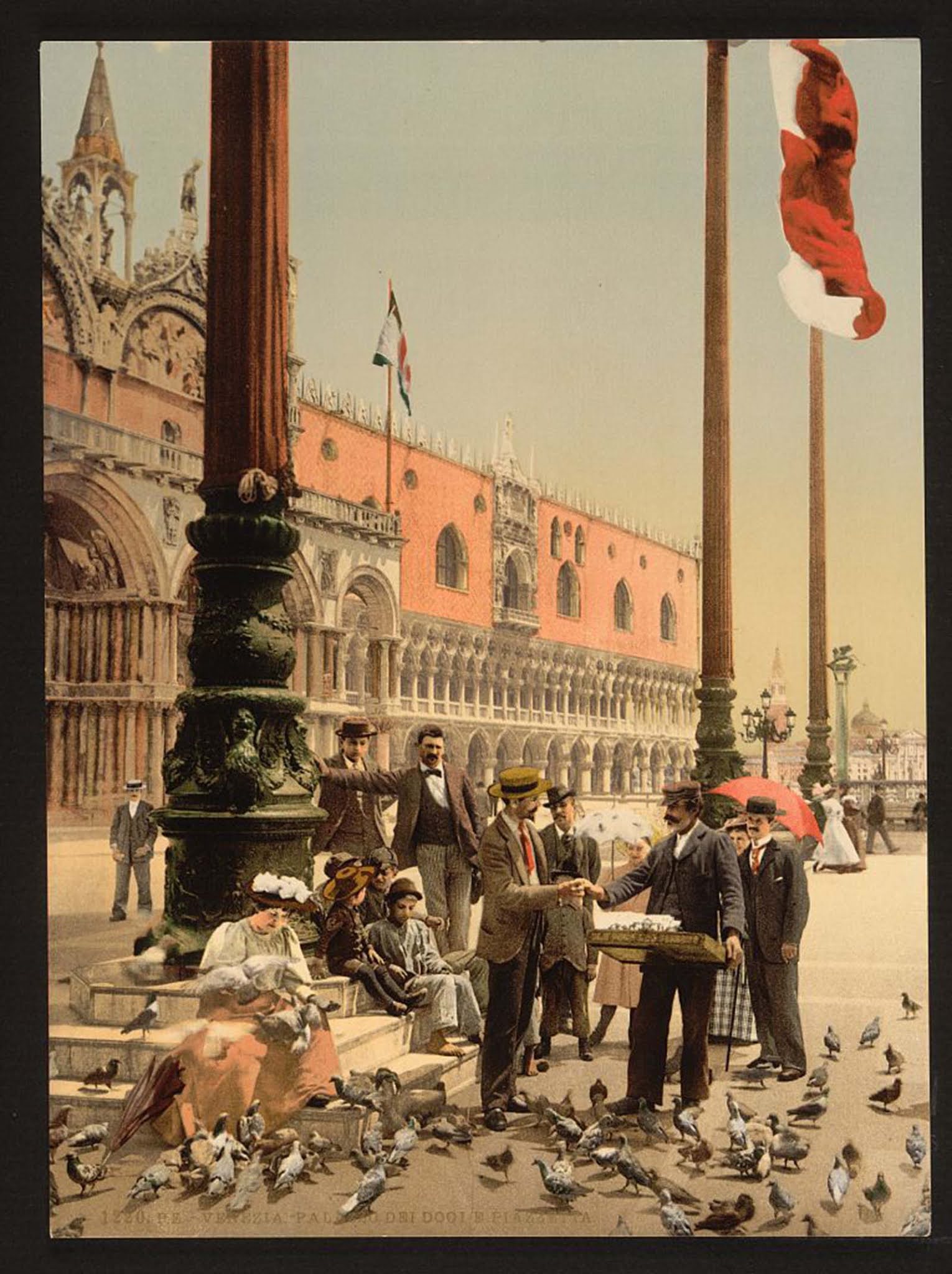