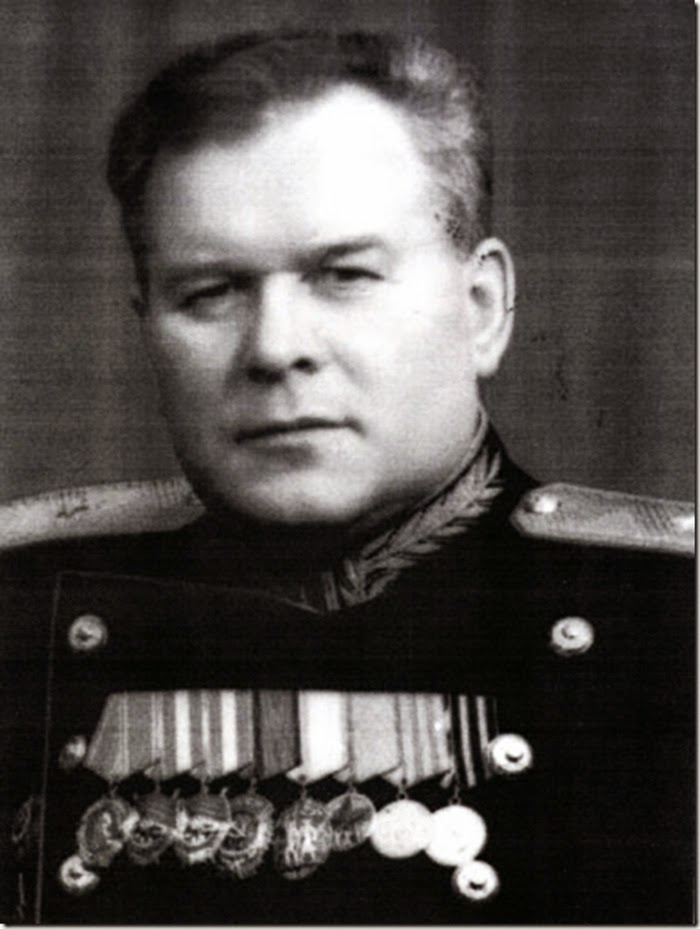 Vasily Blokhin is recorded as having executed tens of thousands of prisoners by his own hand, including his killing of about 7,000 Polish prisoners of war during the Katyn massacre in spring 1940, making him the most prolific official executioner in recorded world history.

He was the NKVD major in charge of executing the Polish officers from the Ostashkov camp, and he believed in personally doing the killing that his superiors had ordered him to supervise.

Born in 1885, he was known as the NKVD’s chief executioner, having been hand-picked for this position by Joseph Stalin himself. Blokhin personally killed tens of thousands of men and women during Stalin’s Great Purges of the 1930s, so it was only natural that the NKVD would turn to him when it came time to dispatch the officers held in the Soviet prison camps.

Along with a team of about thirty NKVD men from Moscow, mainly drivers and prison guards, Blokhin arrived at the NKVD prison in Kalinin (Tver) and set himself up in a sound-proofed cellar room that had a sloping floor for drainage. He then put on his special uniform, consisting of a leather cap, long leather apron, and elbow-length gloves.

On a table next to him was a briefcase filled with his own personal Walther PPK pistols, for Blokhin, a true artist at his trade, would use no one else’s tools but his own. 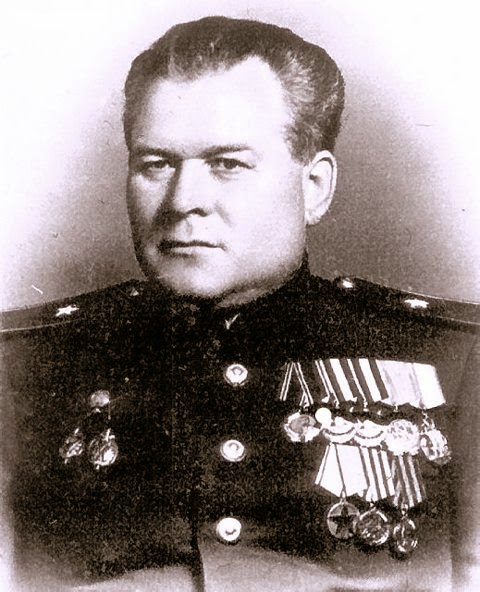 After the prisoner’s identity was verified, he was brought handcuffed into the cellar room where Blokhin awaited in his long apron, like some horrible butcher.

One guard later testified: “The men held [the prisoner’s] arms and [Blokhin] shot him in the base of the skull…that’s all”. Blokhin worked fast and efficiently, killing an average of one man every three minutes during the course of ten-hour nights – the killings were always done at night so that the bodies could be disposed of in darkness.

Although this has never been completely proven, historians suspect that Blokhin shot 7,000 men over a period of twenty-eight days, which would make him one of the most prolific murderers of all time.

However many people he killed, Blokhin was consistently promoted by his superiors for performing “special tasks”. He lost his job after Stalin died. The cause of Blokhin’s death, in 1955, was listed as suicide.

Blokhin initially decided on an ambitious quota of 300 executions per night; and engineered an efficient system in which the prisoners were individually led to a small antechamber—which had been painted red and was known as the “Leninist room”—for a brief and cursory positive identification, before being handcuffed and led into the execution room next door.

The room was specially designed with padded walls for soundproofing, a sloping concrete floor with a drain and hose, and a log wall for the prisoners to stand against.

He had brought a briefcase full of his own Walther pistols since he did not trust the reliability of the standard-issue Soviet TT-30 for the frequent, heavy use he intended. The use of a German pocket pistol, which was commonly carried by German police and intelligence agents, also provided plausible deniability of the executions if the bodies were discovered later.

Another reason he used the Walther rather than his standard-issue Tokarev was the blowback. The Walther’s lower recoil made it easier for him (as well as other executioners for the NKVD) to kill large numbers of people in one night. Walthers were readily available due to the cooperation between the Soviets and Nazi’s in which the Germans ended up giving a fair amount of arms to their Soviet Allies.

Each night, 24–25 trenches, measuring eight to ten meters (24.3 to 32.8 feet) total, were dug by a bulldozer to hold the night’s corpses, and each trench was covered up before dawn.

Blokhin and his team worked without pause for ten hours each night, with Blokhin executing an average of one prisoner every three minutes. At the end of the night, Blokhin provided vodka to all his men.

On April 27, 1940, Blokhin secretly received the Order of the Red Banner and a modest monthly pay premium as a reward from Joseph Stalin for his “skill and organization in the effective carrying out of special tasks”.

His count of 7,000 shots in 28 days remains the most organized and protracted mass murder by a single individual on record and saw him being named the Guinness World Record holder for ‘Most Prolific Executioner’ in 2010.

Blokhin’s rank was stripped from him in the de-Stalinization campaigns of Nikita Khrushchev. He reportedly sank into alcoholism, went insane, and died February 3, 1955, with the official cause of death listed as “suicide”. 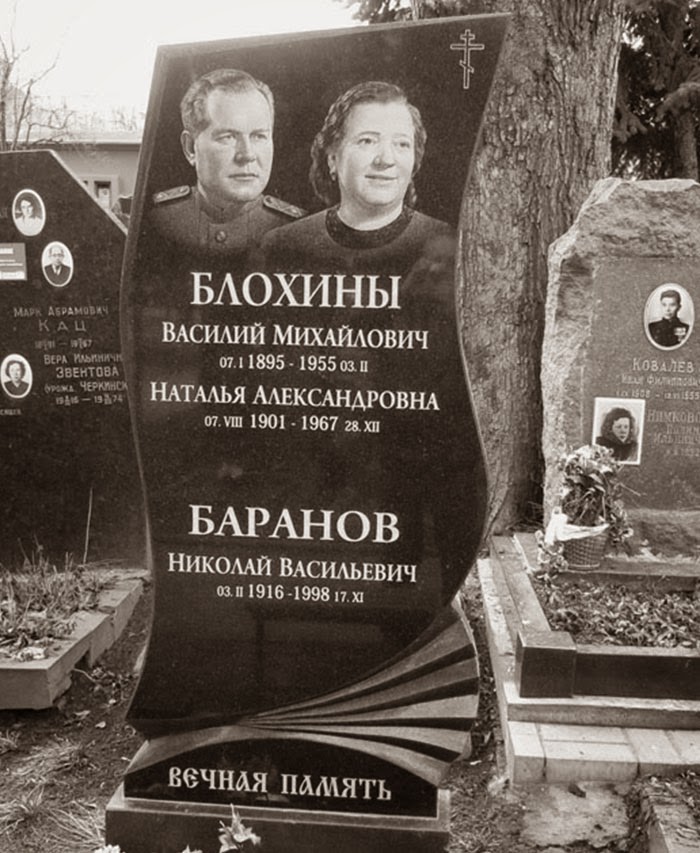 The Soviet government admitted that the Soviet Secret Police were responsible for the Katyn massacre in 1990. Before that, they claimed that the Germans did it. The Germans actually invited an international delegation to investigate the mass grave in 1943, which also concluded that the Soviets had done it.

In order to try to ‘get away’ with it, the Soviets staged show trials against German POWs to blame them for Katyn and tried to hold German defendants accountable for Katyn at Nuremberg (which the Allies refused).

Vasily Blokhin was buried in 1955 at the Novodevichy Cemetery. In the late 1960s, after Khrushchev era ended, the titles and medals were returned to him, and he himself was rehabilitated by the state. The history’s most prolific executioner found a tomb to rest, unlike ten thousand people killed by him.

The Katyn massacre, also known as the Katyn Forest massacre was a mass execution of Polish nationals carried out by the People’s Commissariat for Internal Affairs (NKVD), the Soviet secret police, in April and May 1940.

The massacre was prompted by NKVD chief Lavrentiy Beria’s proposal to execute all captive members of the Polish Officer Corps, dated 5 March 1940. This official document was approved and signed by the Soviet Politburo, including its leader, Joseph Stalin. The number of victims is estimated at about 22,000.