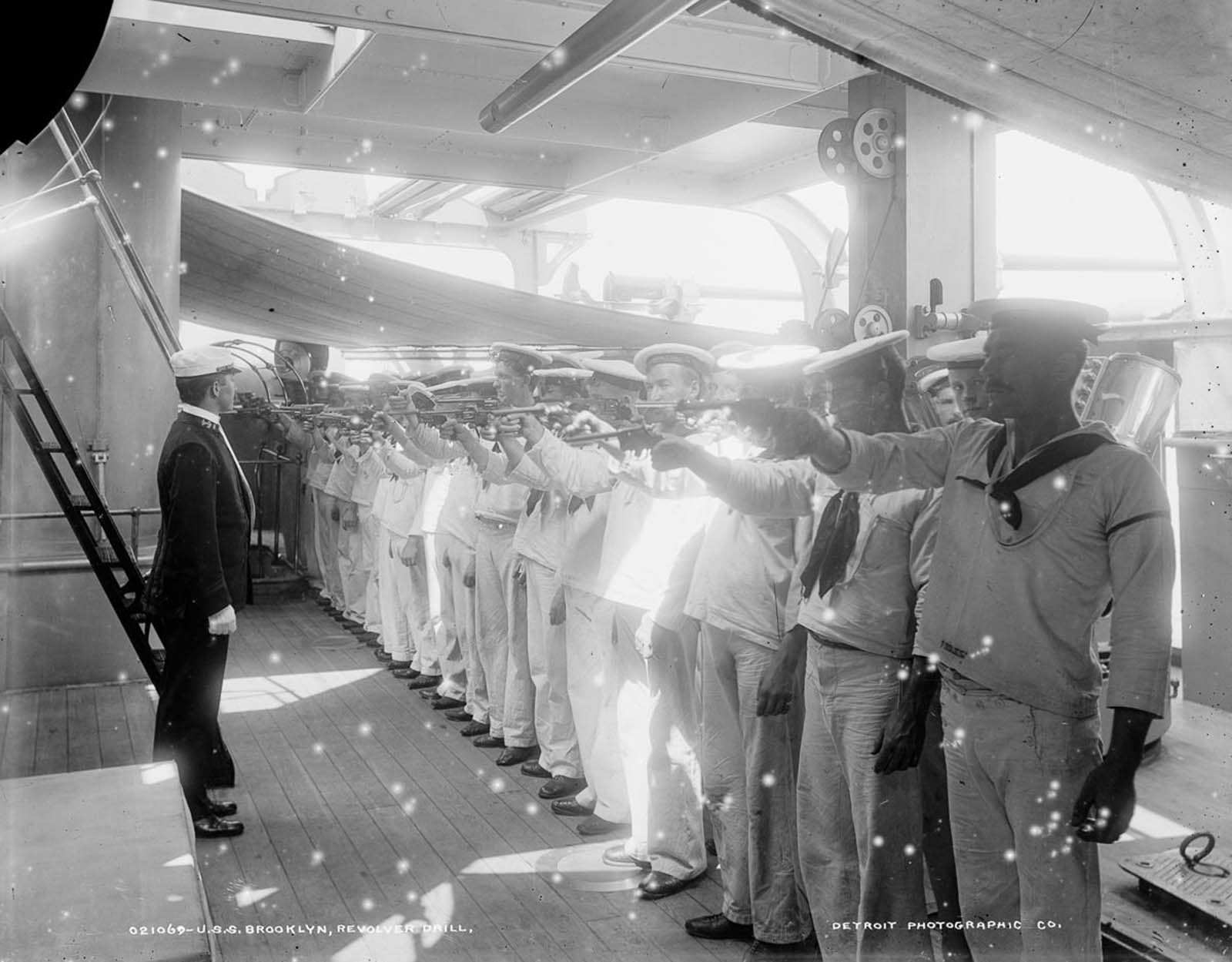 USS Brooklyn, the third United States Navy armored cruiser, was completed in 1896 in Cramp, New York, and named after a famous quarter of the City. Recognizable by her three very tall funnels, she embodied grace and might, being the tallest, fastest cruiser in the American arsenal.

These magnificent photographs, taken by Detroit Photographic Company in 1896, document the inside of the warship, its armament and features, and the everyday life of the sailors on board.

USS Brooklyn had some French influence on her design with a lozenge armament arrangement and hull’s considerable tumblehome, clean lines, and decks. Weighing in at more than 9,000 tons, Brooklyn boasted eight 8-inch guns, 12 5-inch guns, and four 6-pounder guns. The warship was crewed by a complement of 561 enlisted men and officers.

She had significantly less protection than her sister USS New York, to allow for increased armament. The belt was 3 in (76 mm) thick and 8 feet 6 inches (2.59 m) deep, of which 5 ft (1.5 m) was below the waterline. It protected only the machinery spaces. 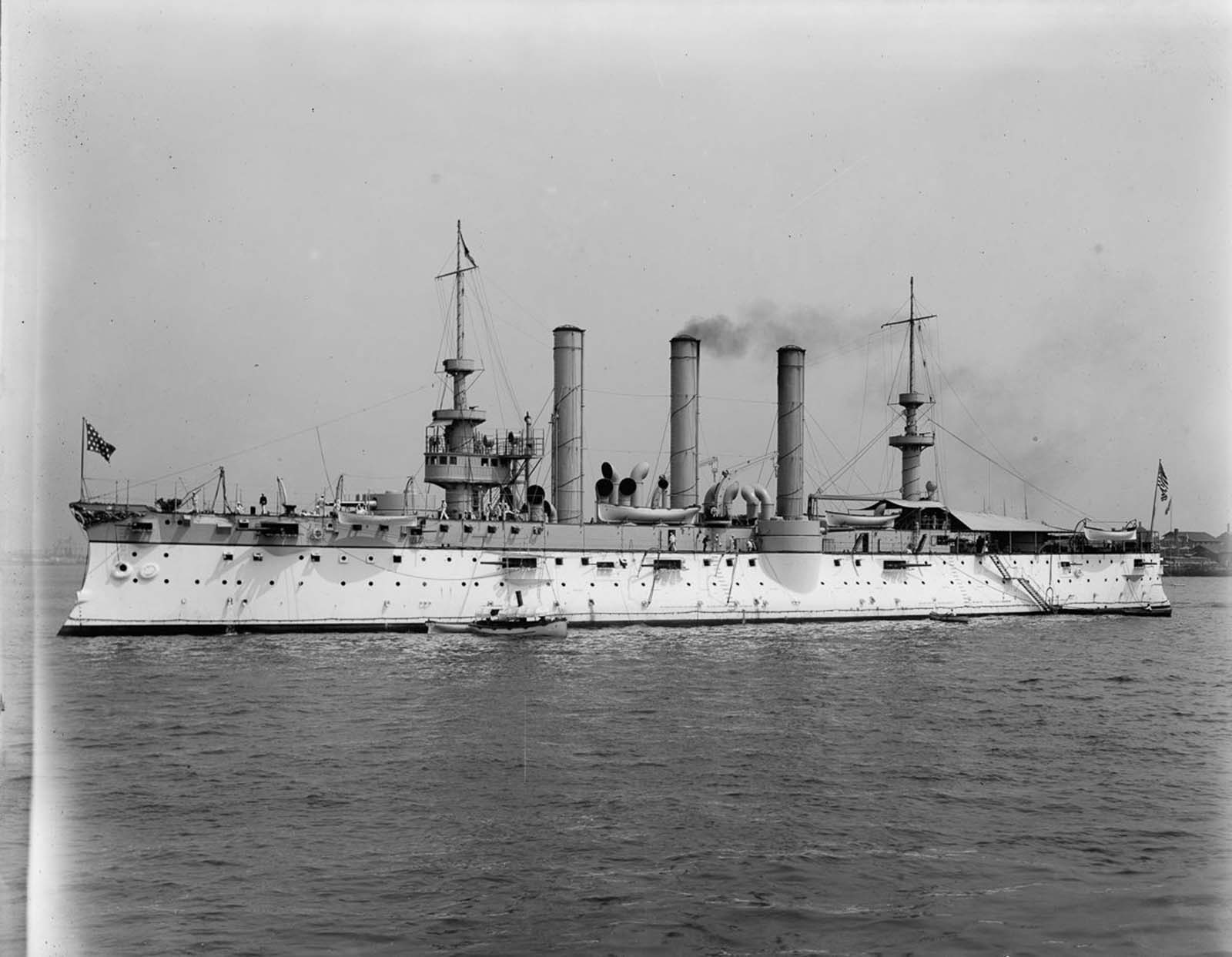 After commissioning, Brooklyn’s first duty was to transport the United States’ Representatives to the Diamond Jubilee celebrations for Great Britain’s Queen Victoria.

Upon Brooklyn’s return, she served in various locations on the East Coast and in the West Indies until being assigned as the flagship of the “Flying Squadron” on March 28, 1898. Two months later, the squadron took up its position blockading Cuba.

On July 3, 1898, USS Brooklyn was a key vessel in the Battle of Santiago, which resulted in the loss of the Spanish fleet in the Caribbean. Although she was struck 20 times by whole shots, Brooklyn suffered only one man wounded and one man killed.

After the war, USS Brooklyn was present for the Spanish-American War Victory Celebration at New York on October 5, 1898, and the Dewey Celebration in September 1899.

On October 16, 1899, Brooklyn sailed for the Philippines, where she became the flagship of the Asiatic Squadron. She took part in the North China Relief Expedition (“Boxer Rebellion”) in 1900. 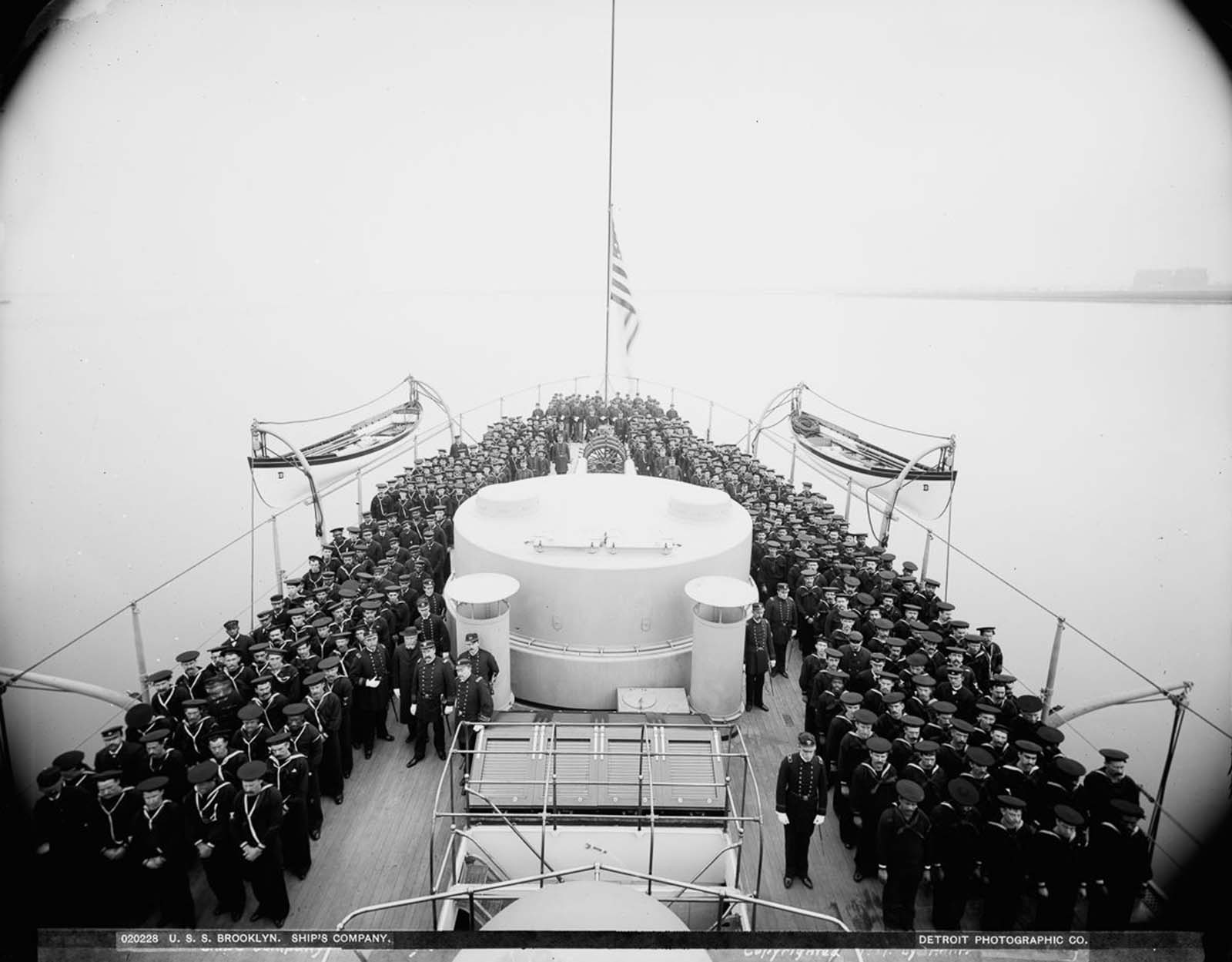 In 1902, USS Brooklyn returned to Cuba for the ceremony of the transfer of authority from the United States to a new Cuban government. She cruised with the North Atlantic Fleet and the European Squadron, becoming the flagship of Rear Admiral C. D. Sigsbee, the last commander of the ill-fated USS Maine, on June 7, 1905.

Under Sigsbee, she had the honor to sail to Cherbourg, France to return the remains of American Revolutionary War naval hero John Paul Jones to the United States.

USS Brooklyn was decommissioned on June 23, 1908, but commissioned “in ordinary” in 1914 to serve as a receiving ship at the Boston Naval Yard. Fully recommissioned in 1915, she served as part of the Neutrality Patrol. Late that same year she was transferred to the Asiatic Station, where she served as flagship for the commander-in-Chief.

Later she served various diplomatic functions, as well as the flagship for the Commander of Division 1, Asian Fleet, and later of the Commander of the Destroyer Squadron. USS Brooklyn was placed out of commission for the final time on March 9, 1921, and was sold on December 20, 1921. 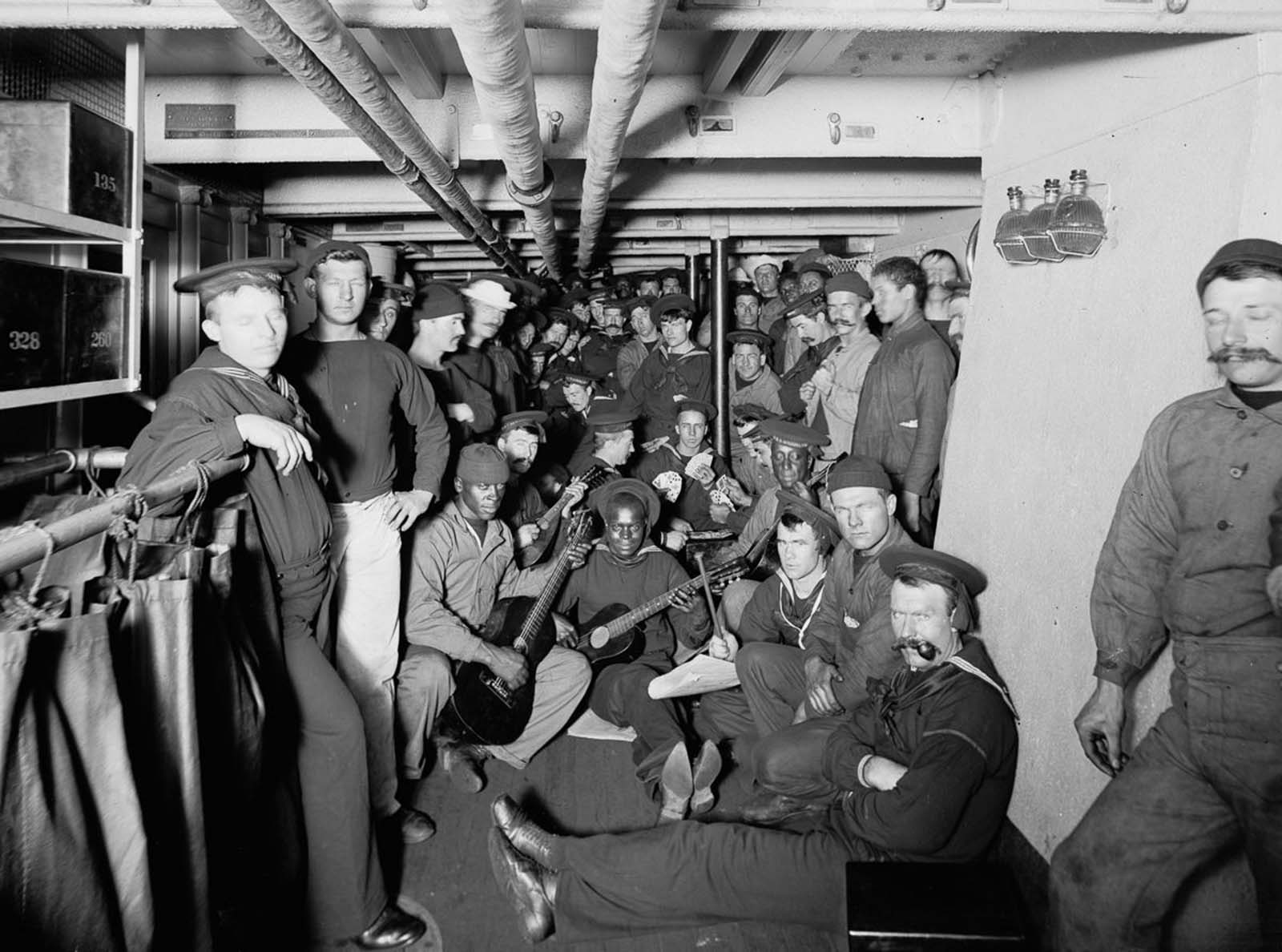 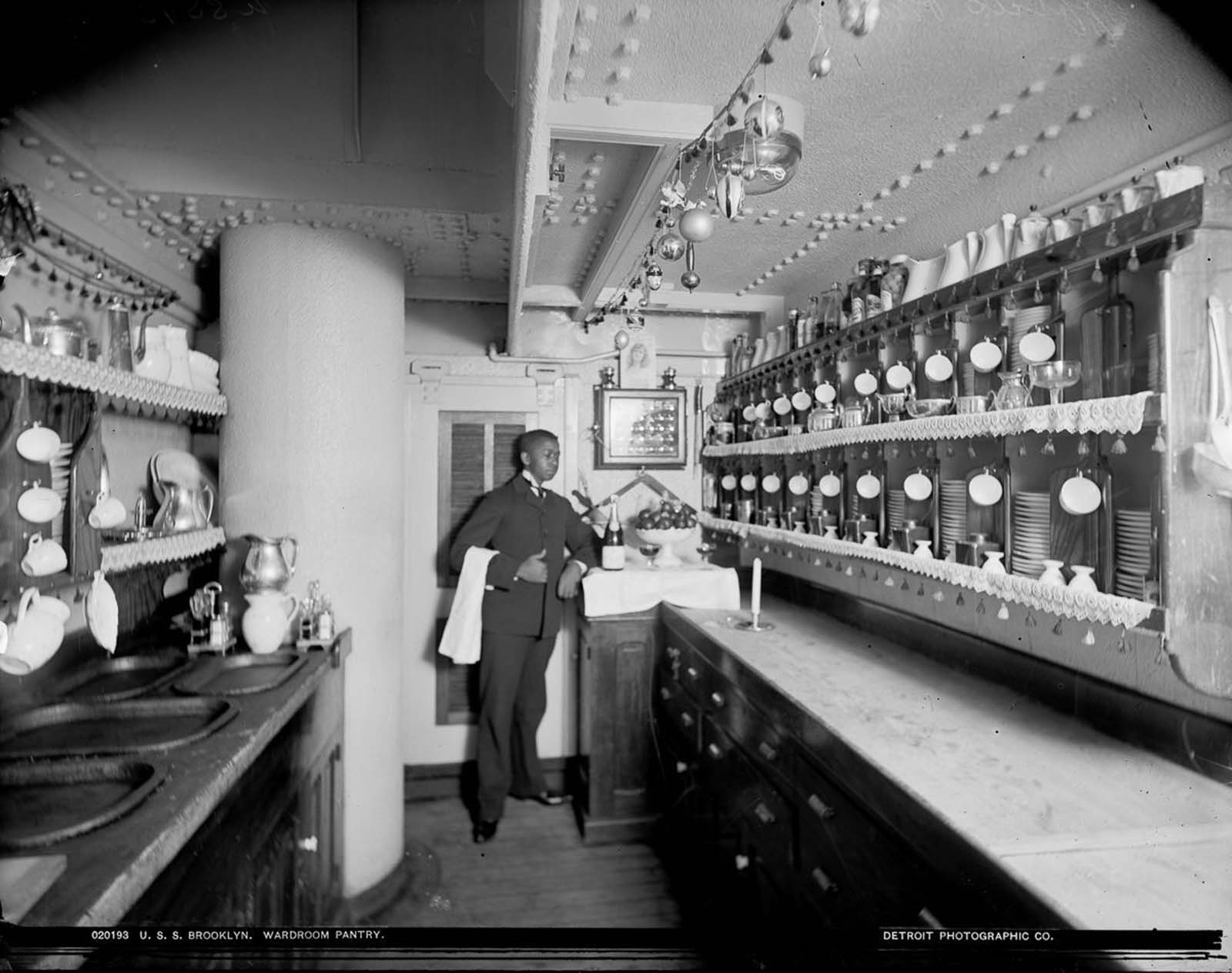 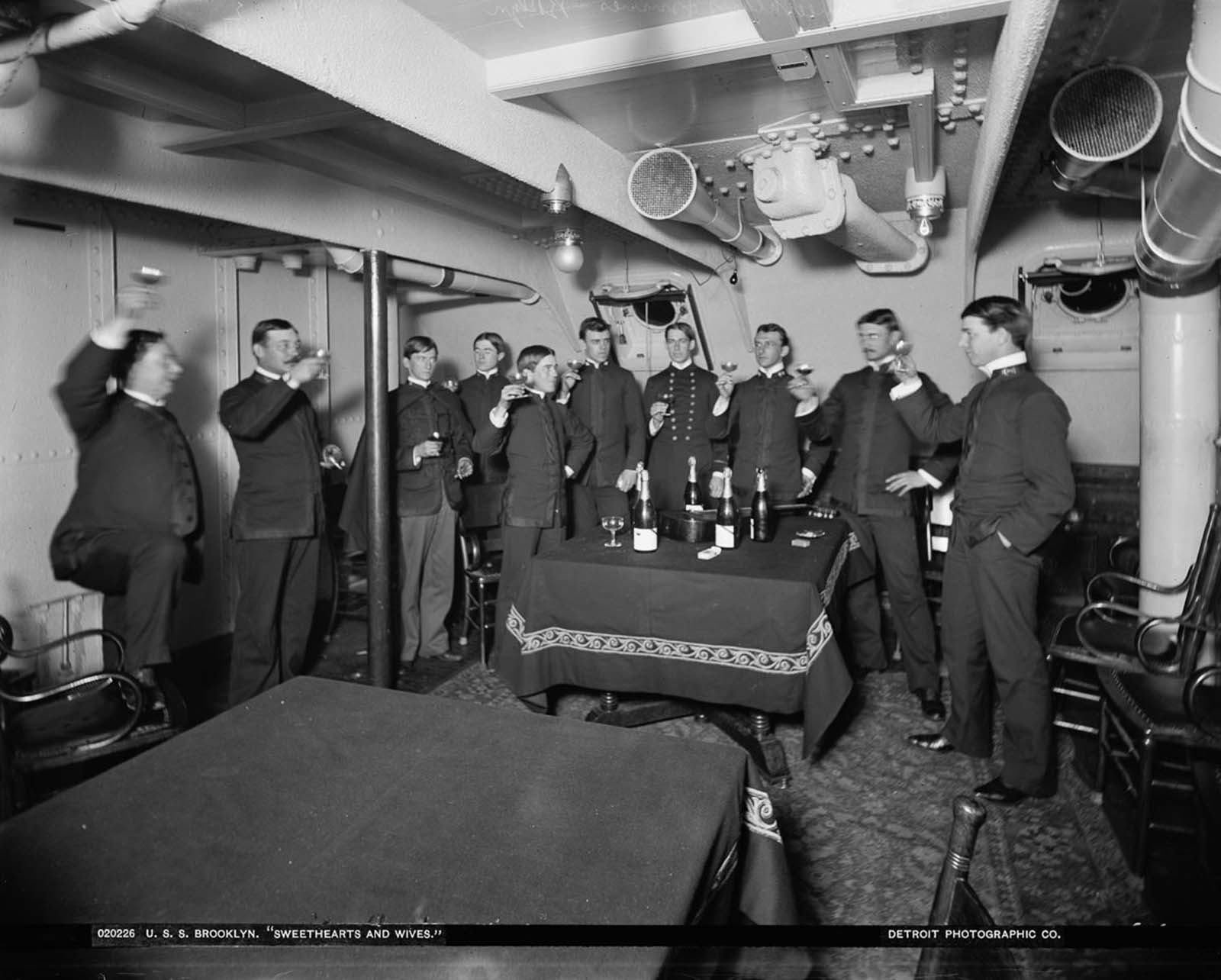 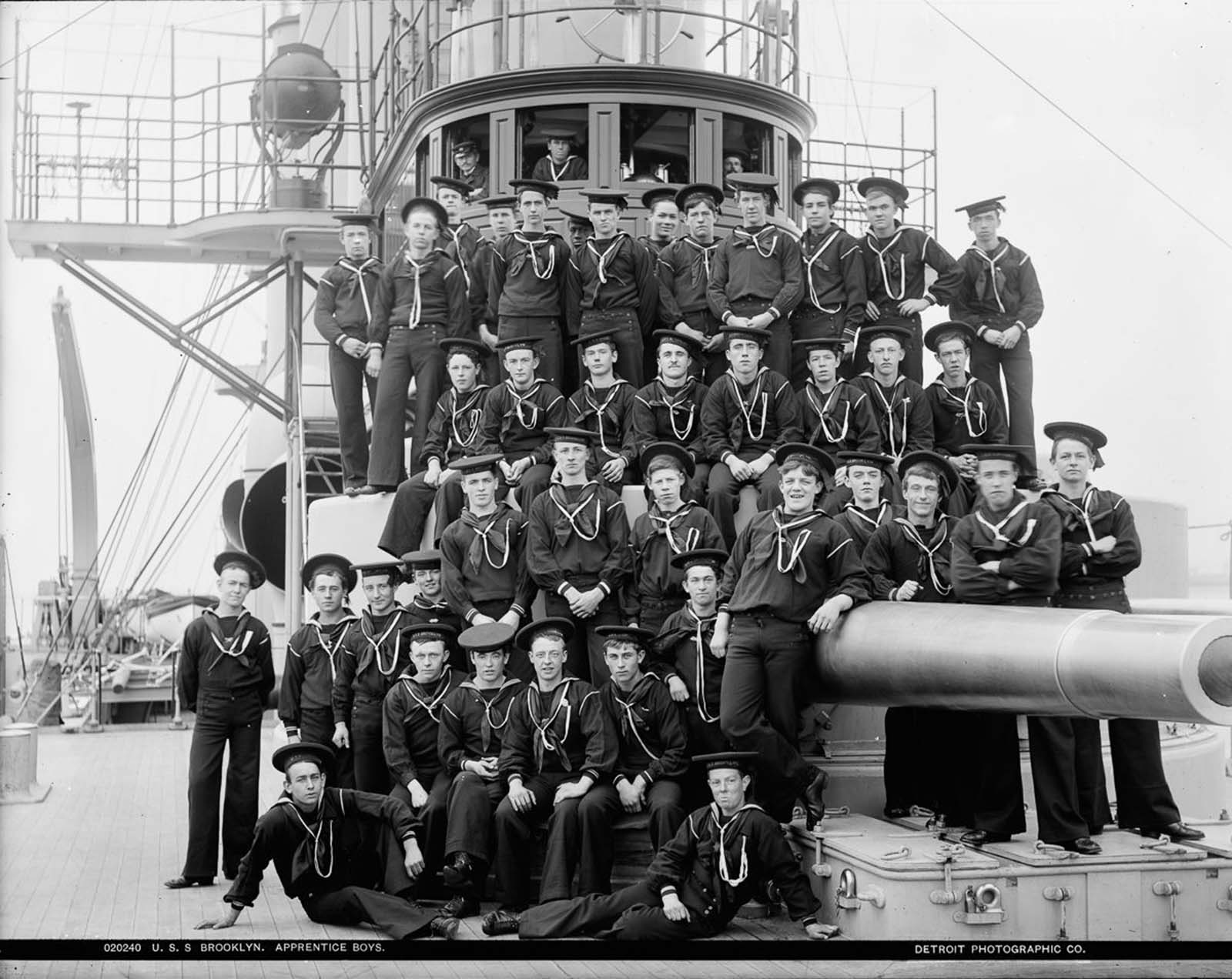 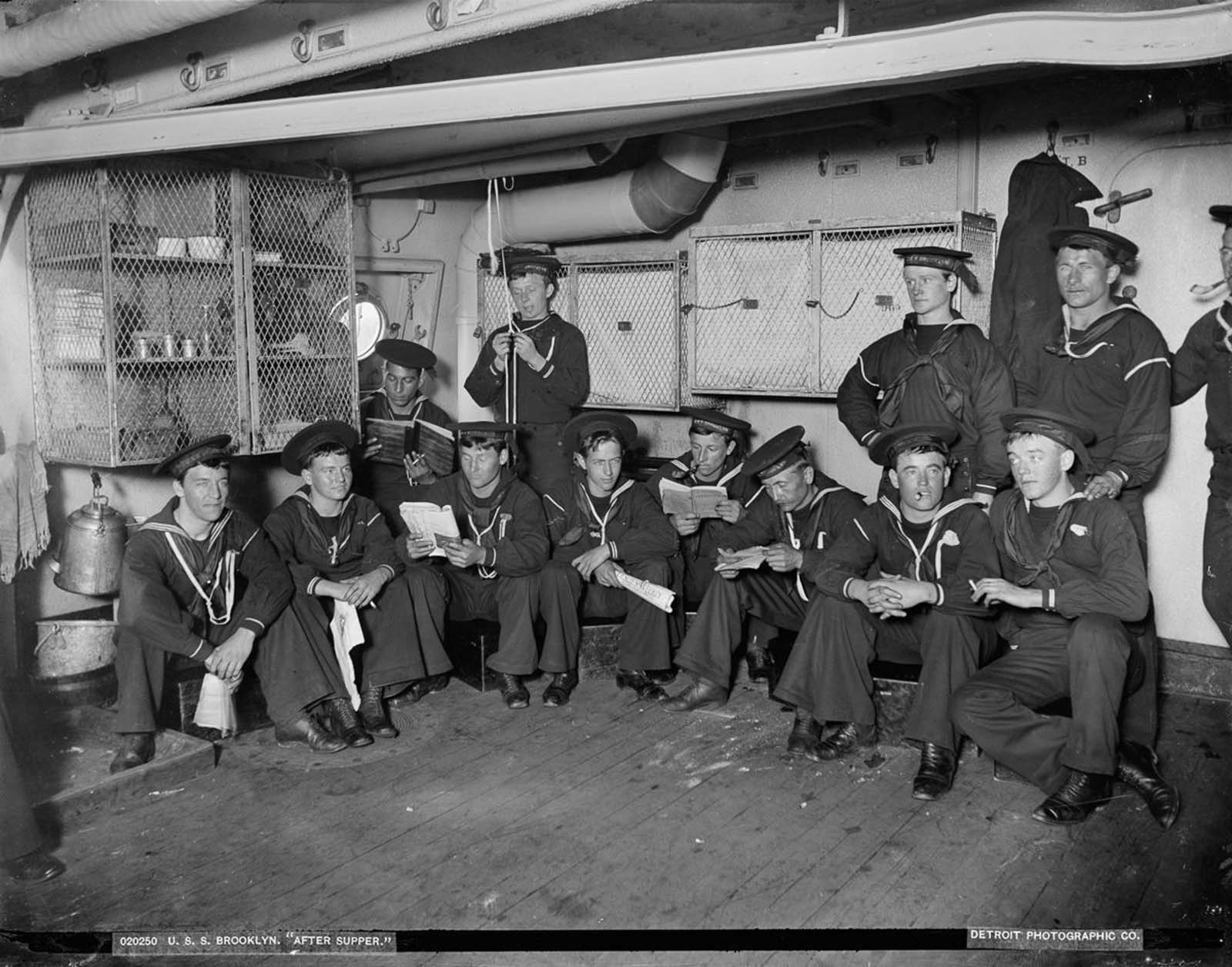 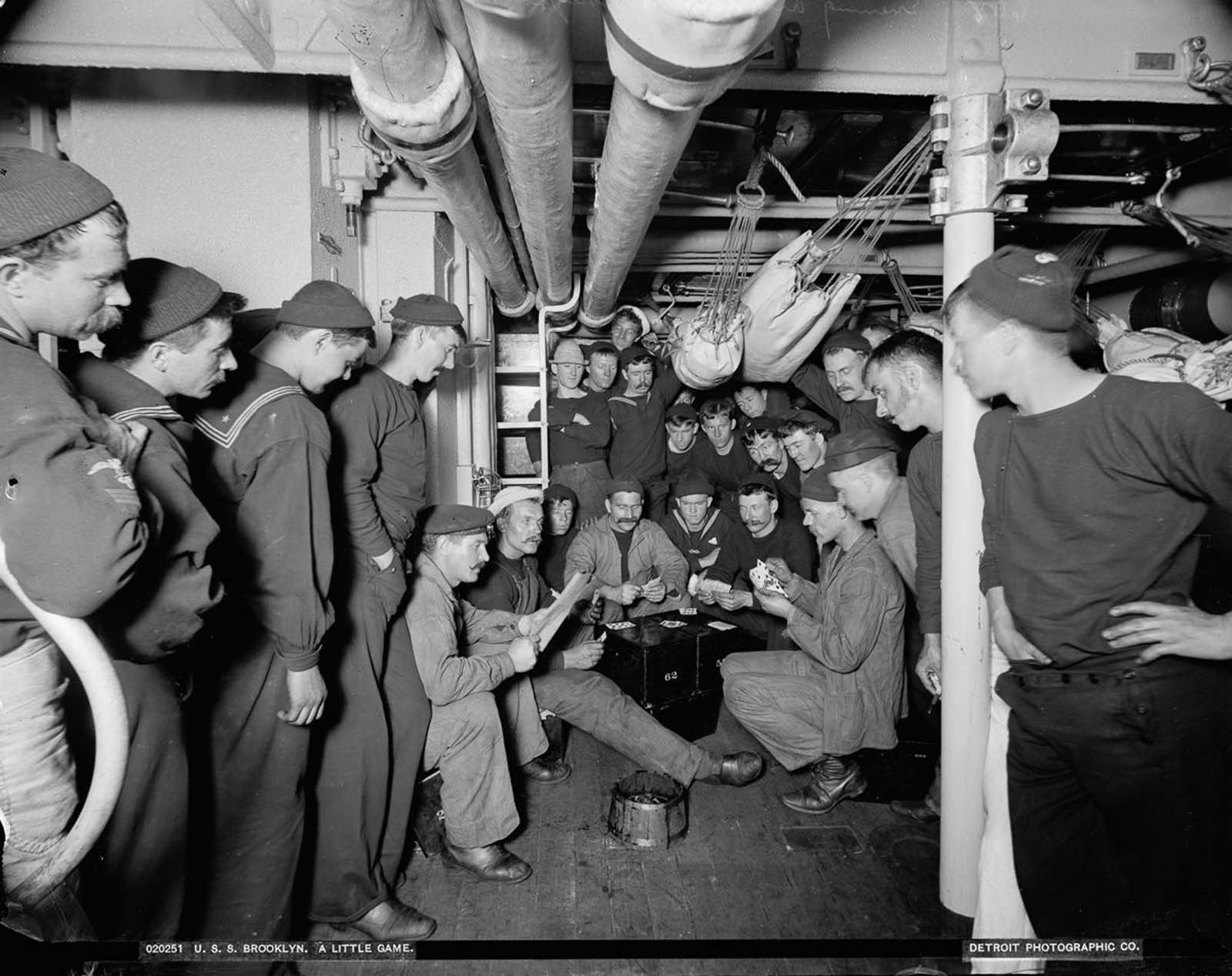 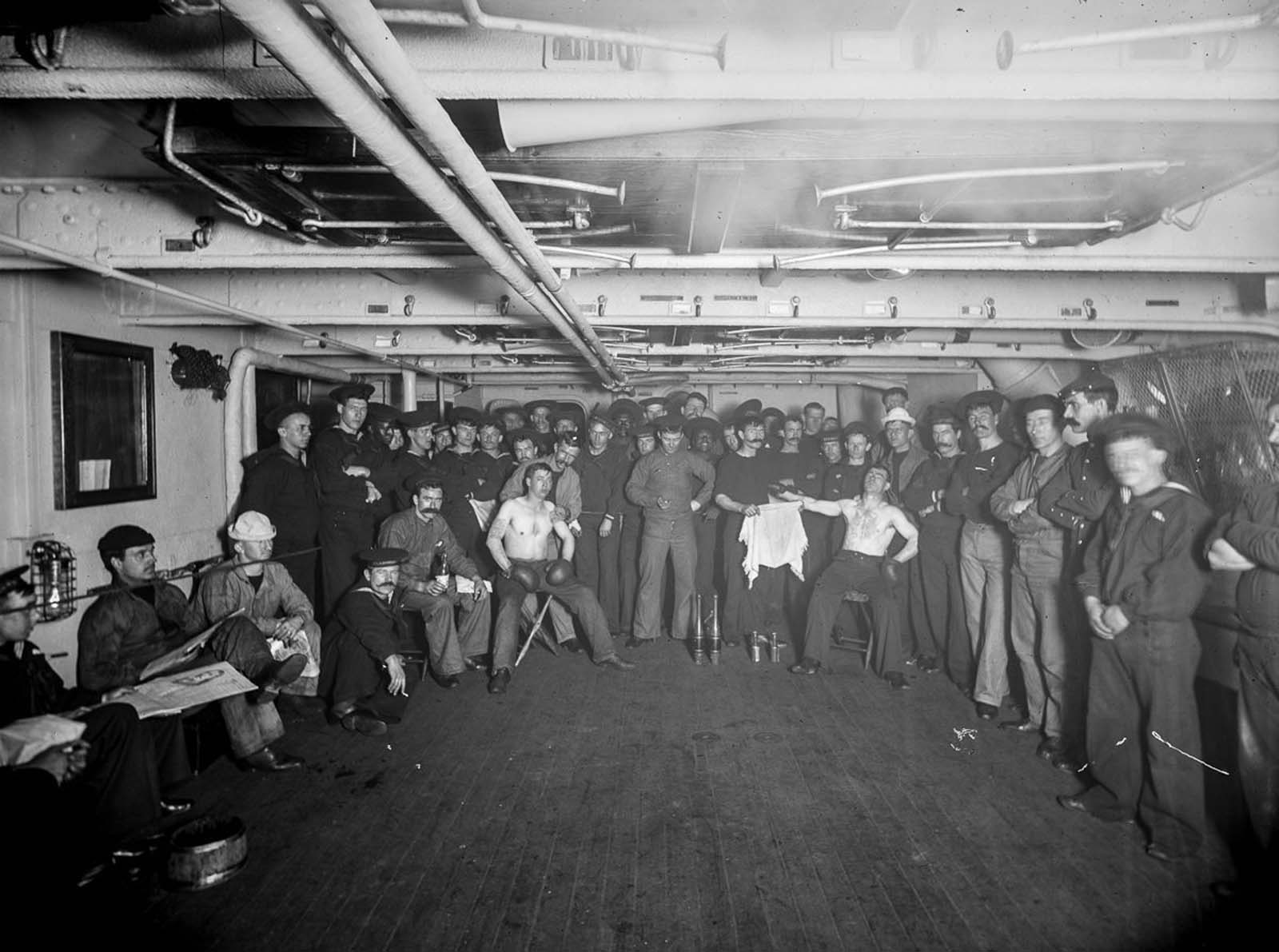 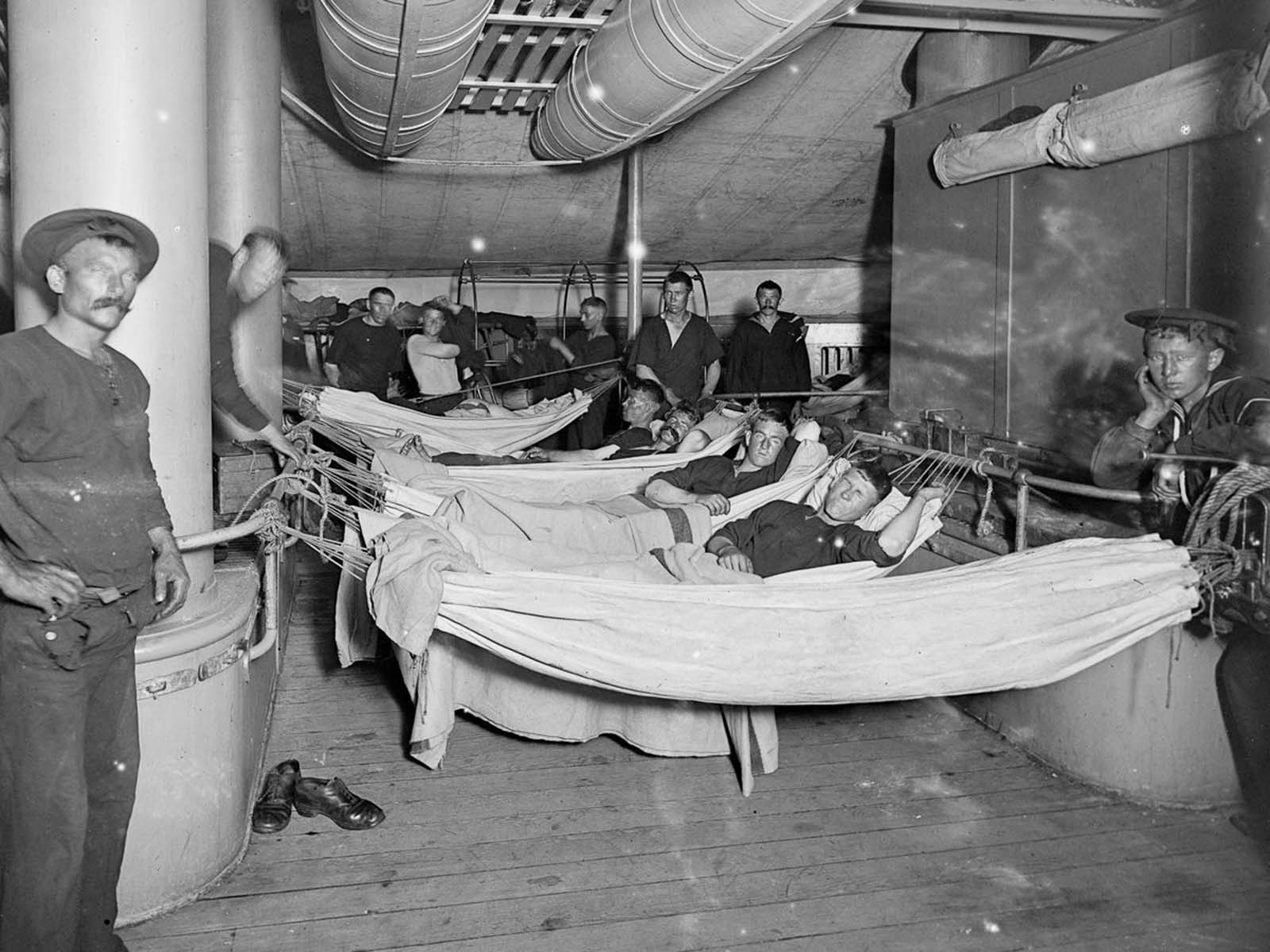 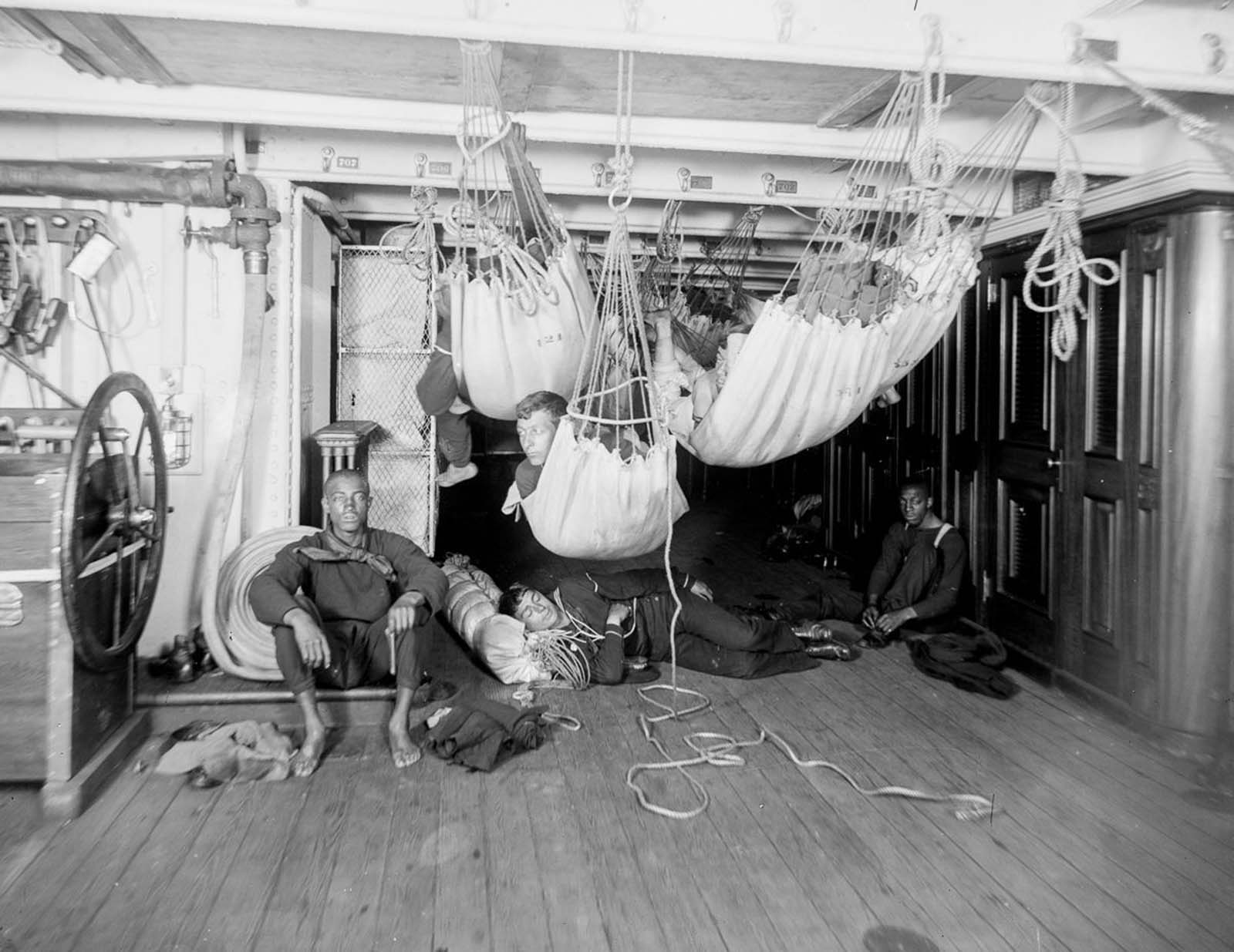 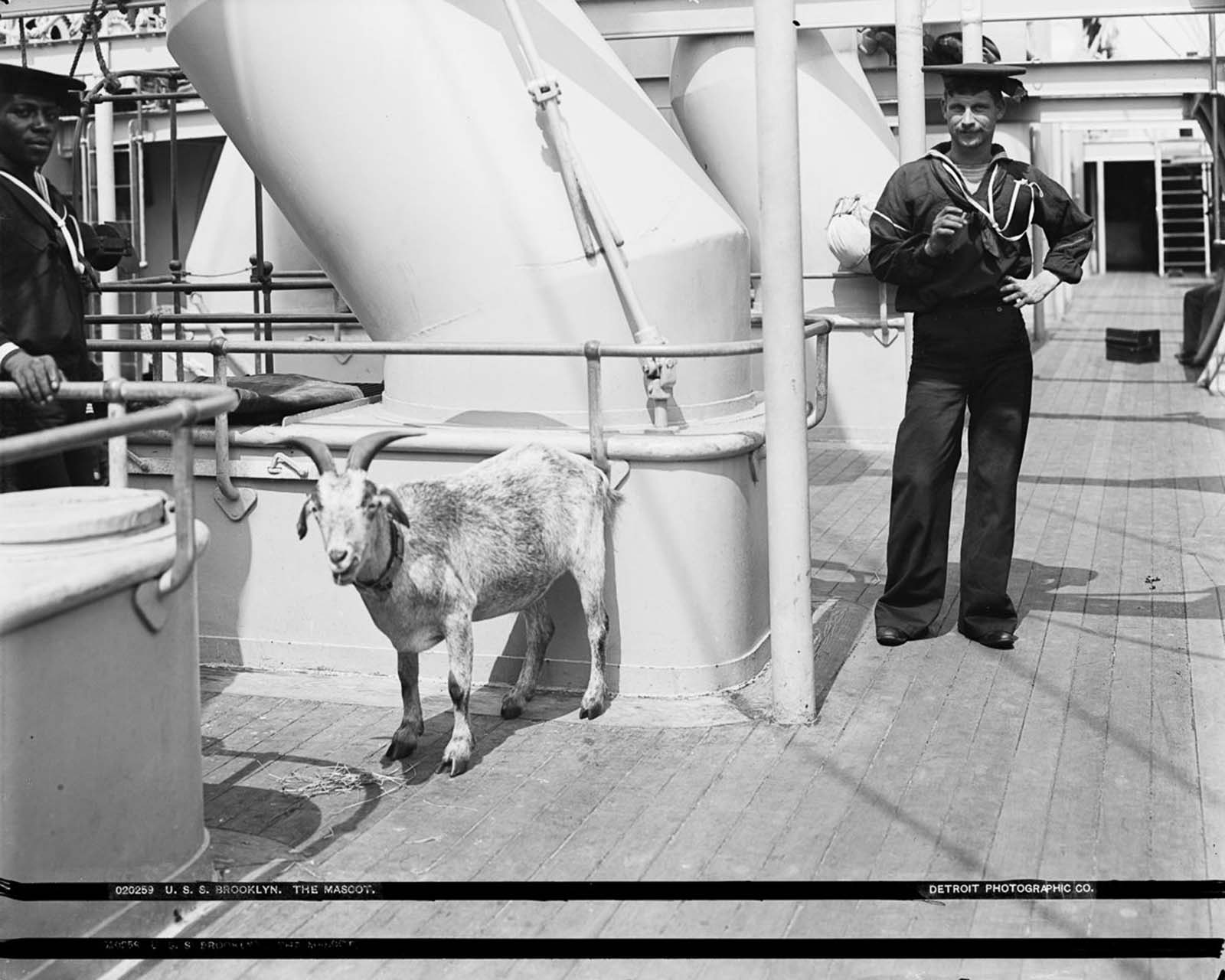 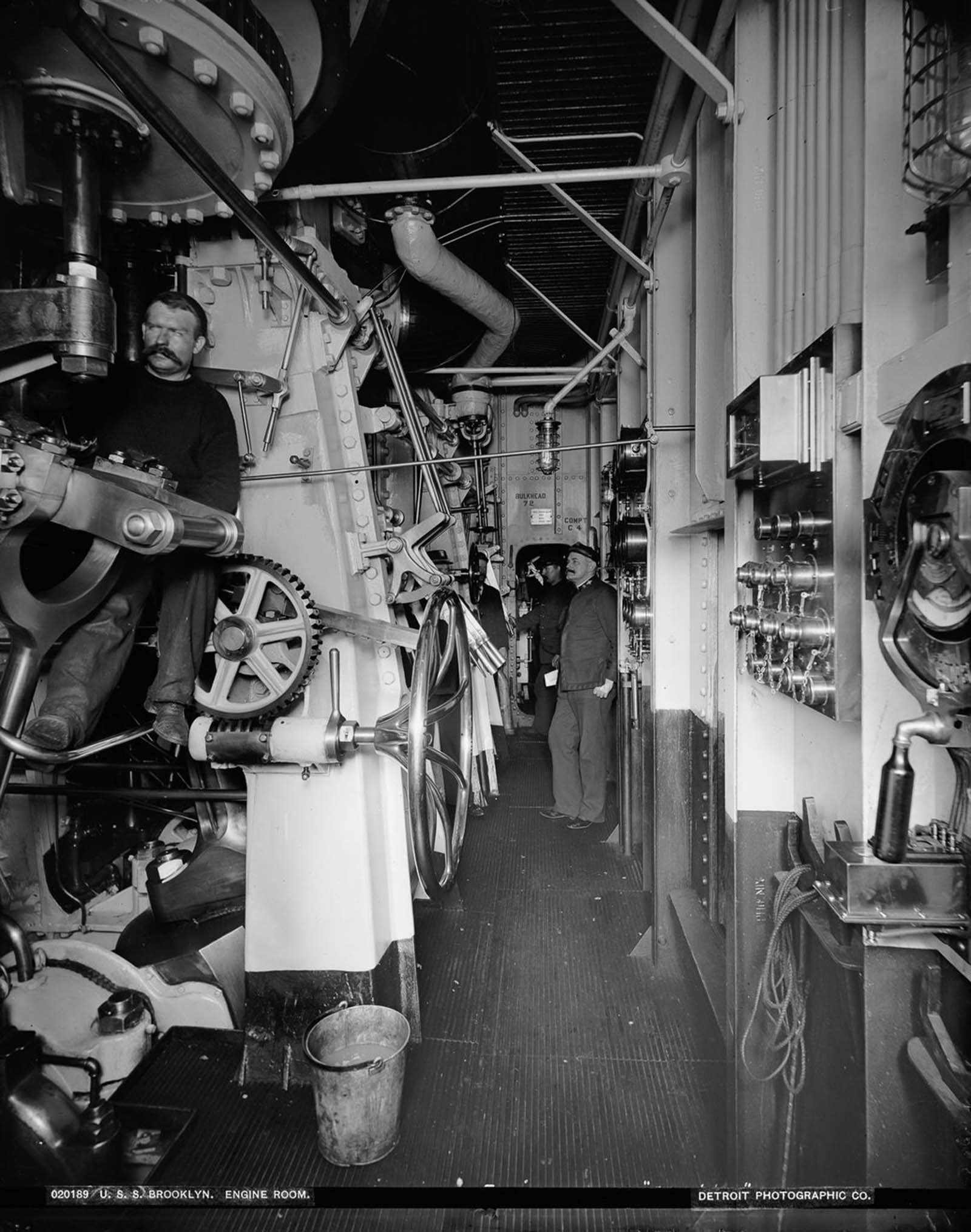 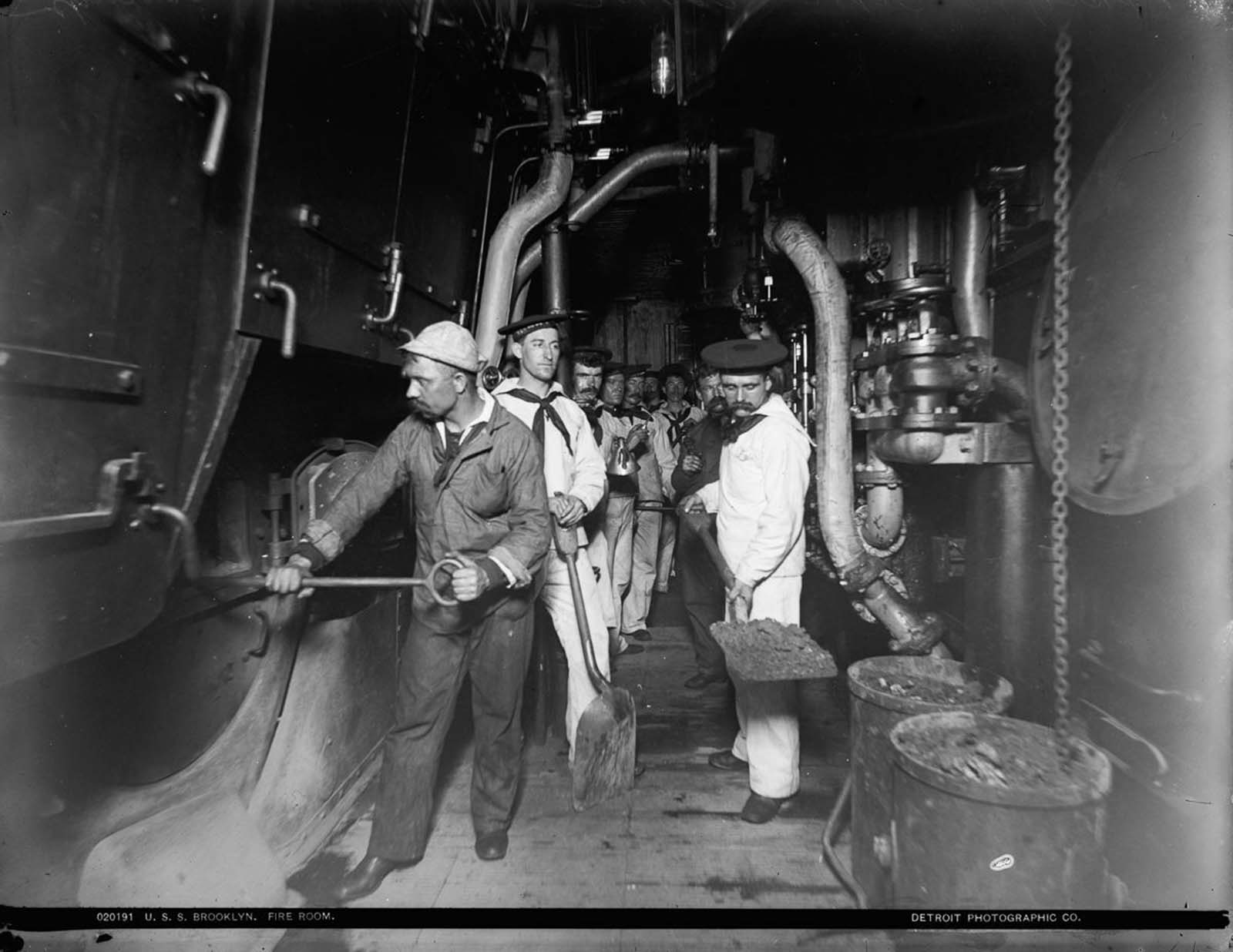 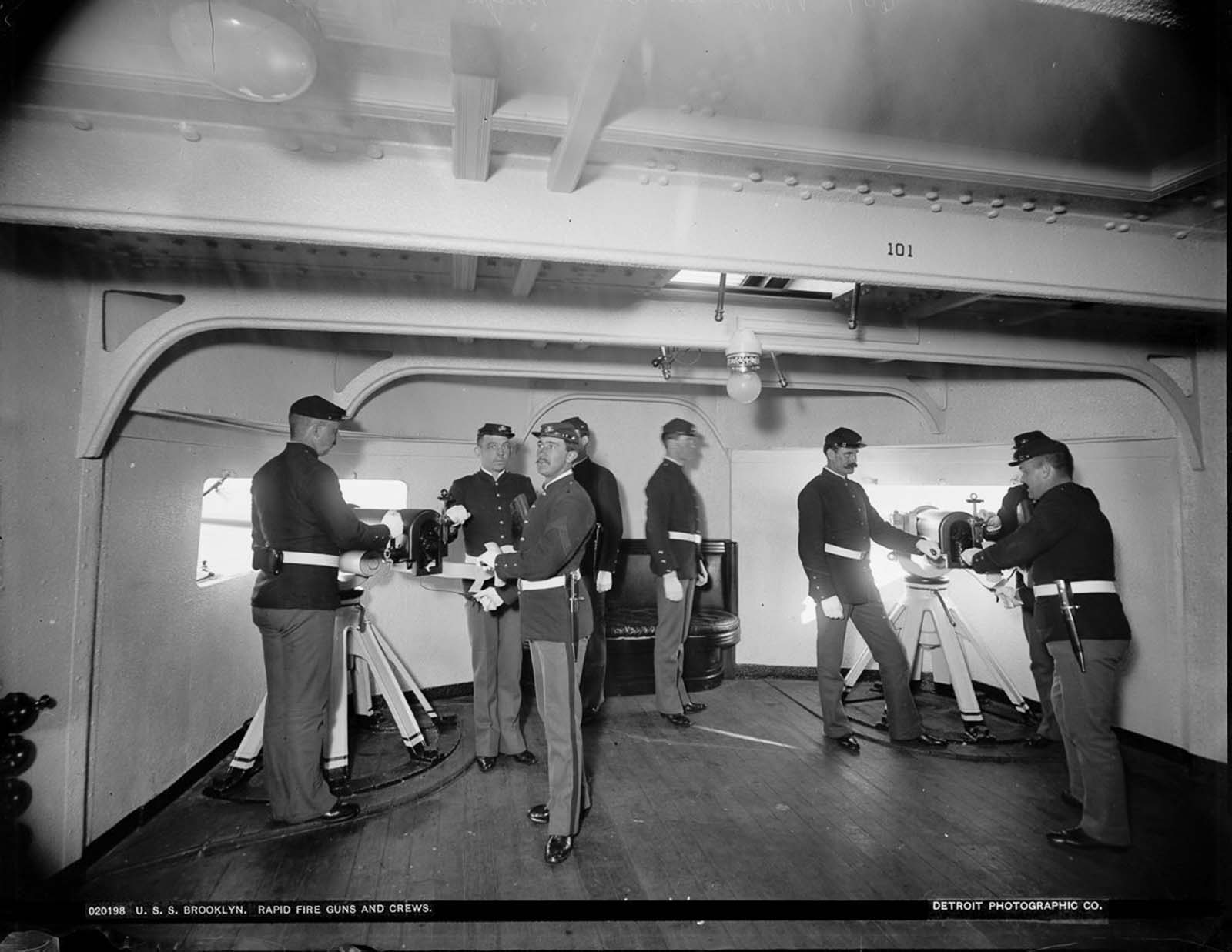 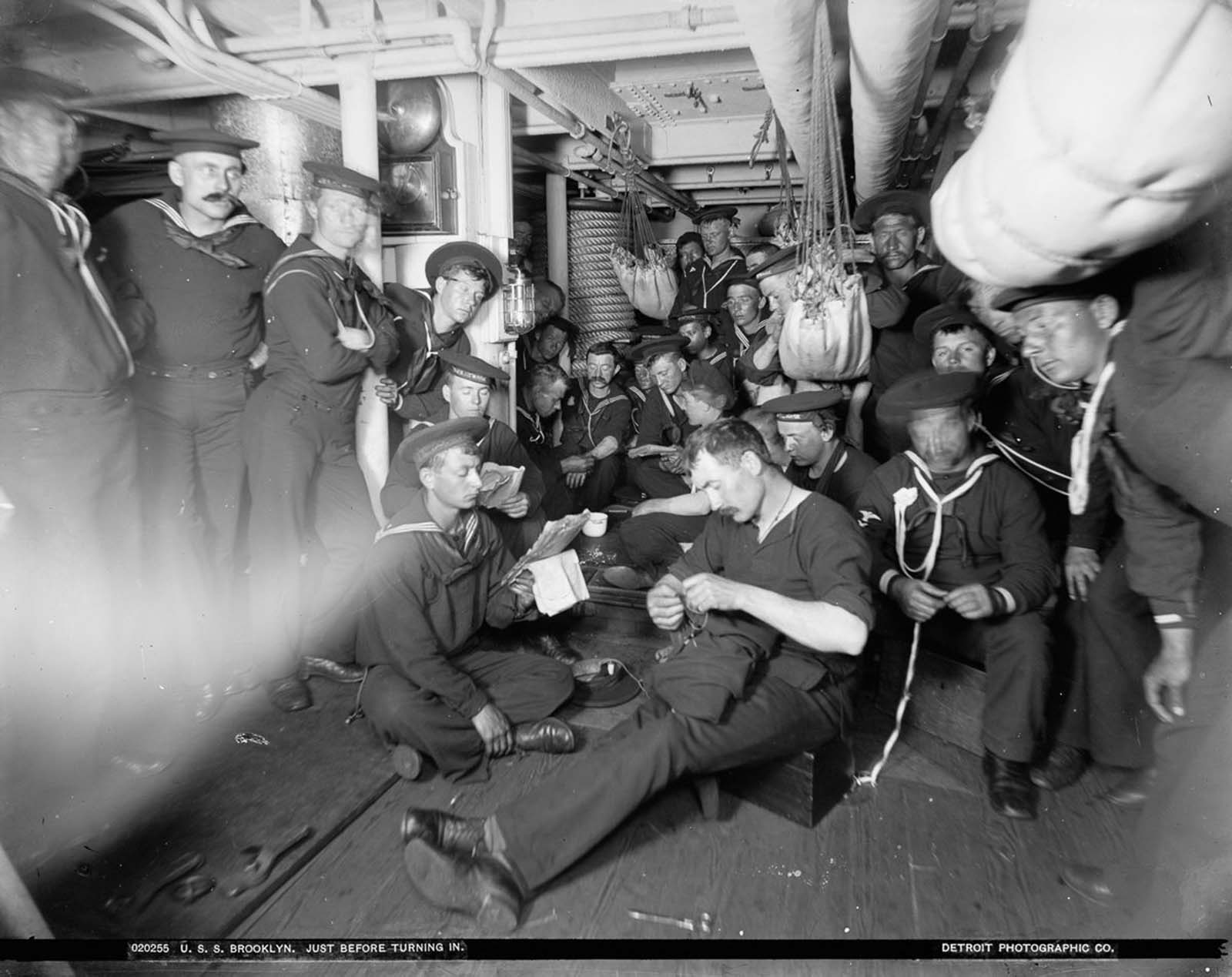 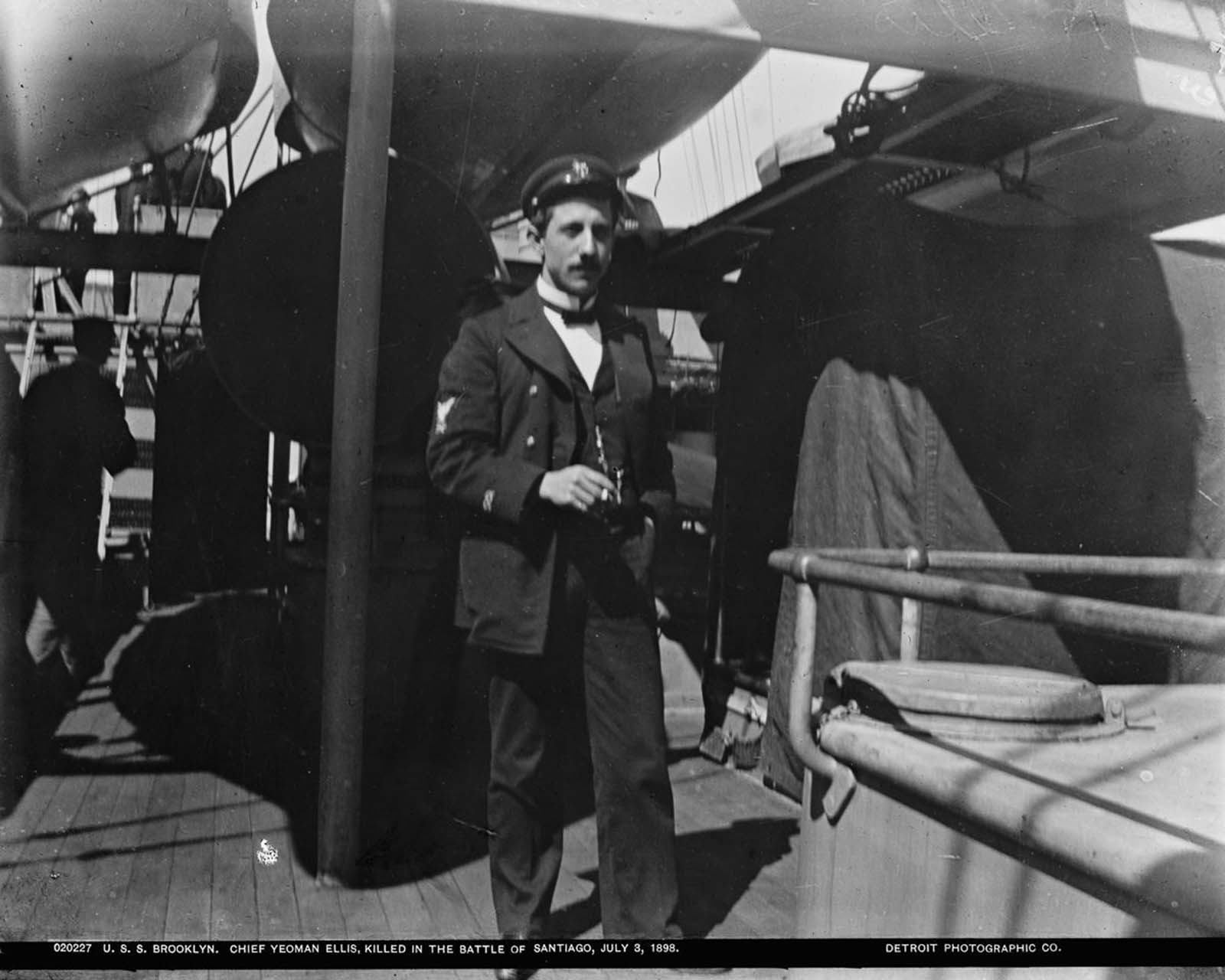 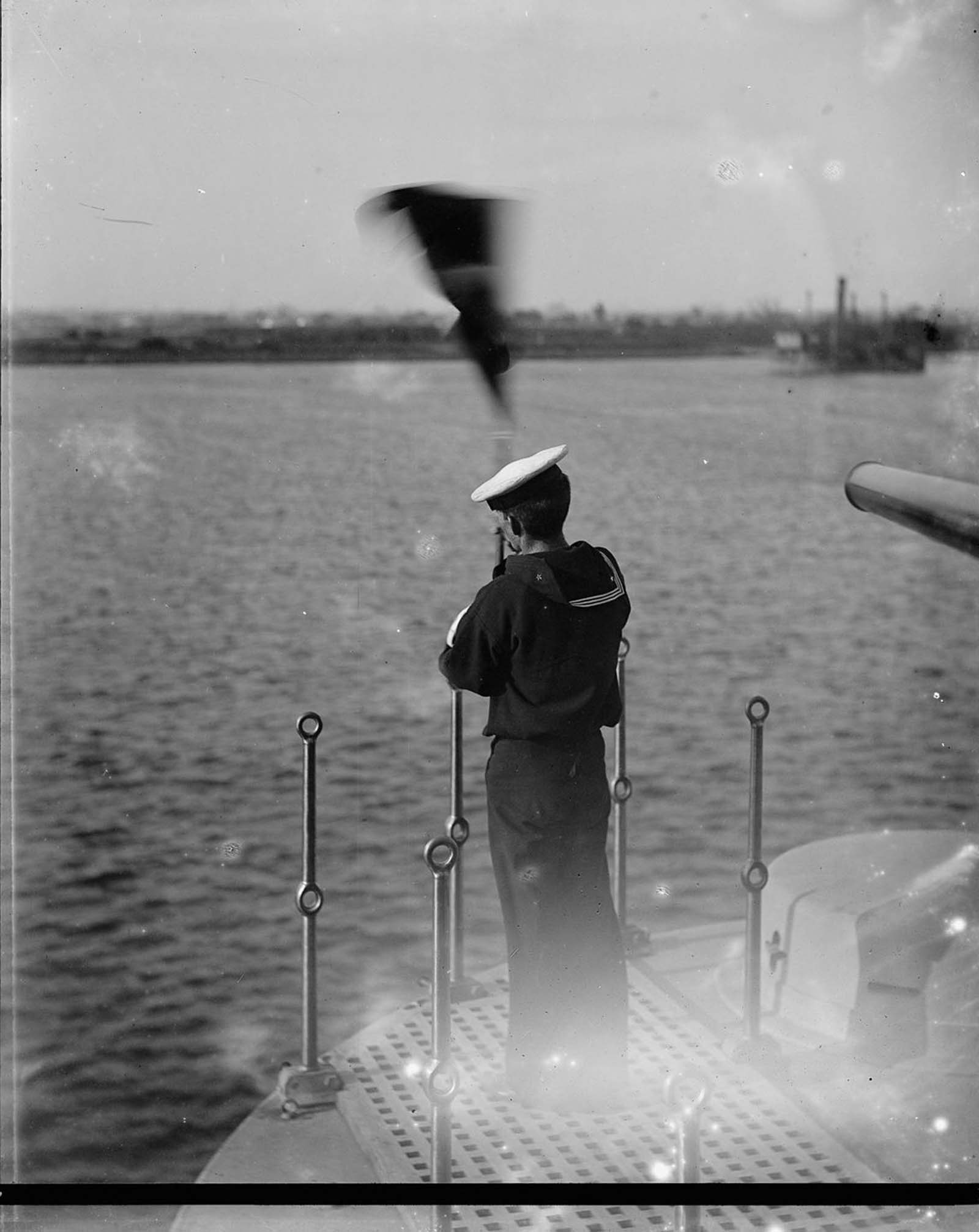 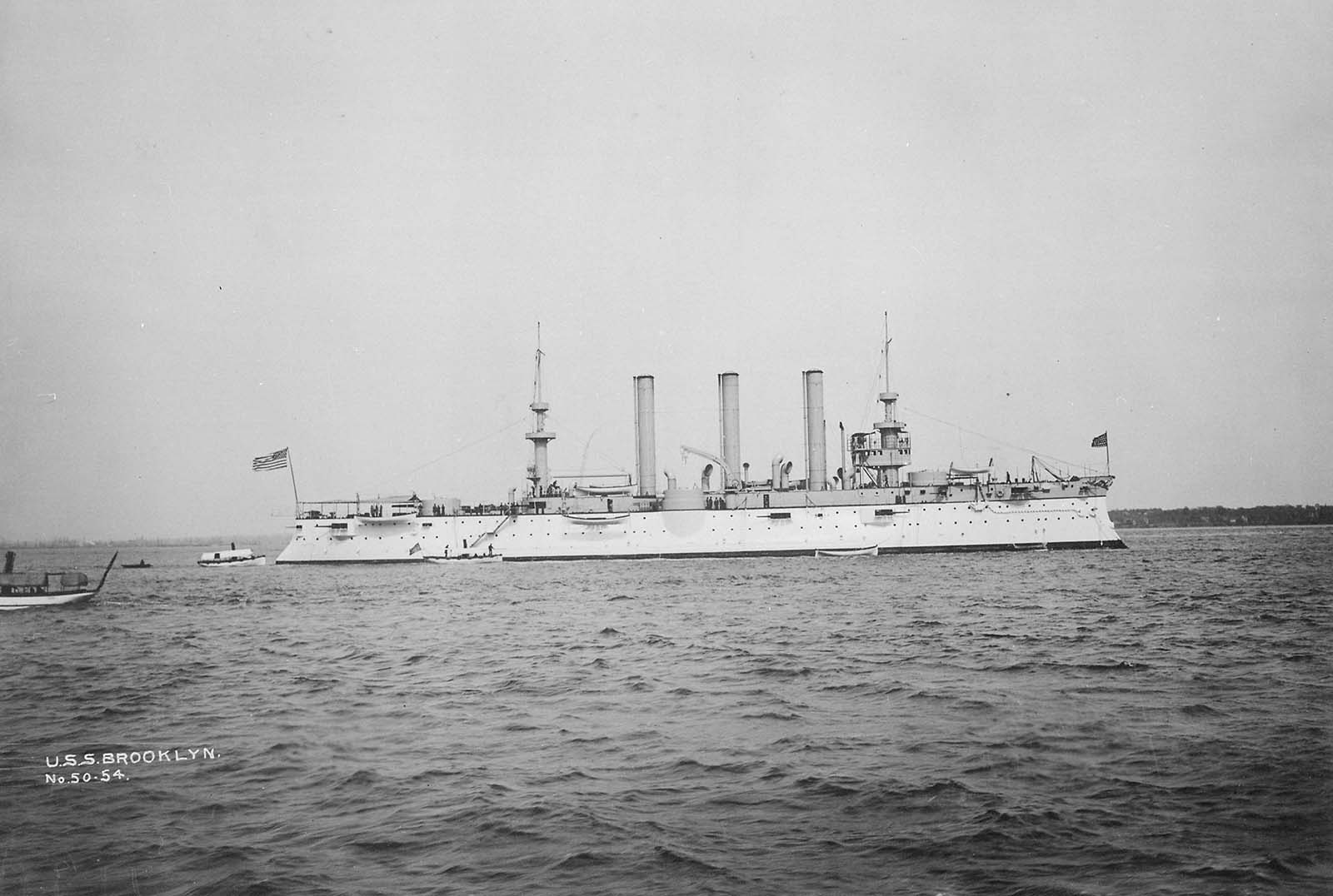 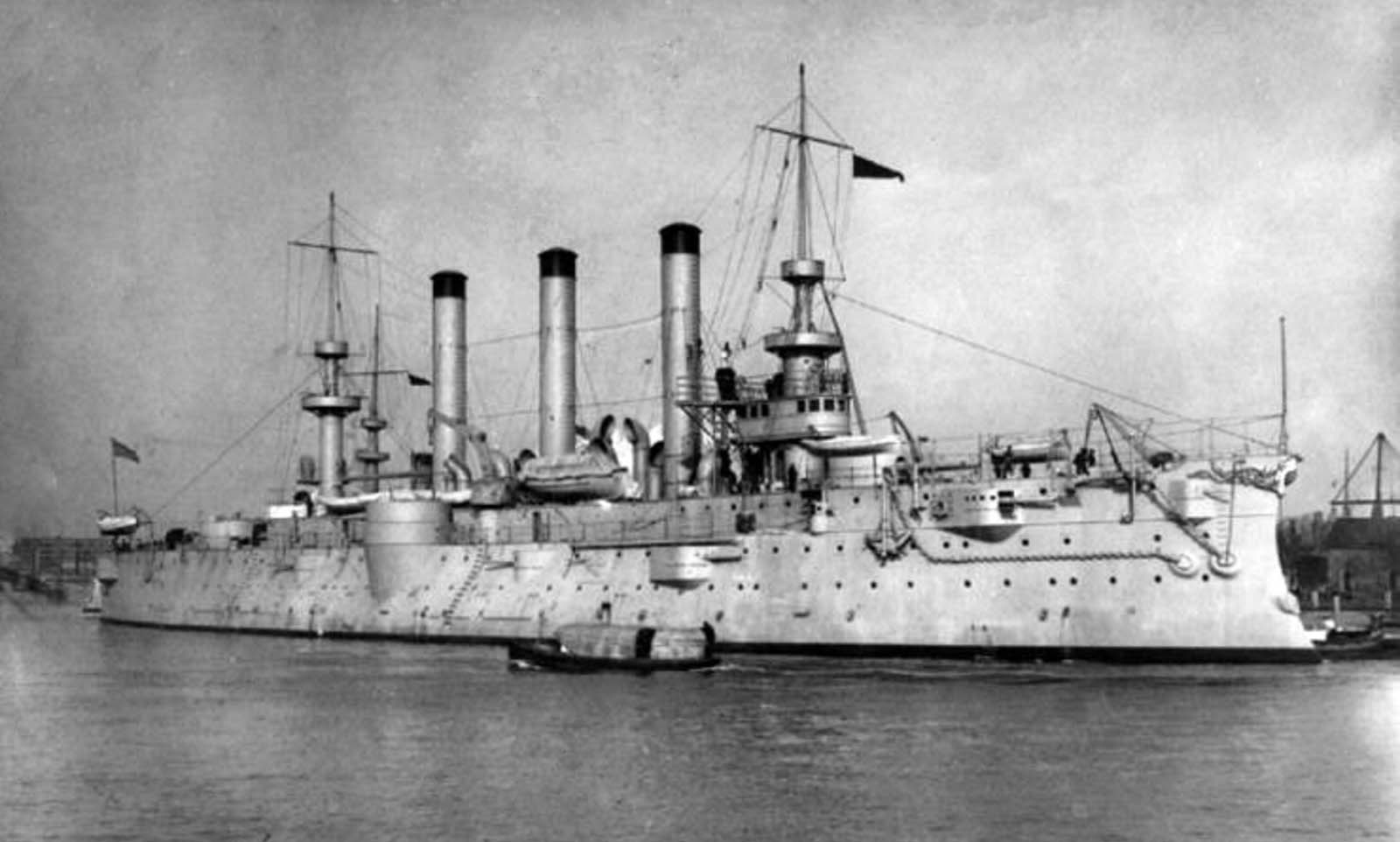 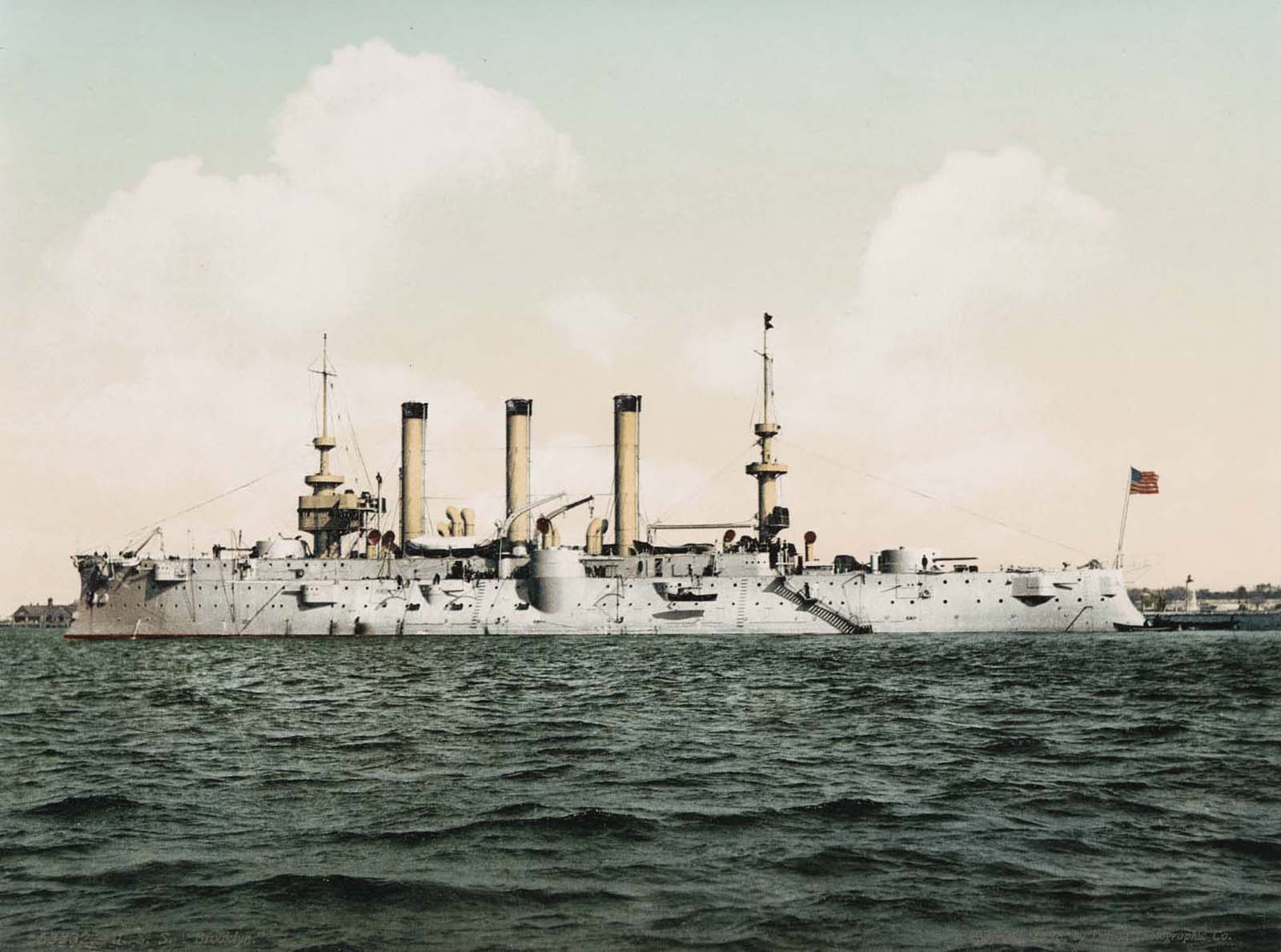 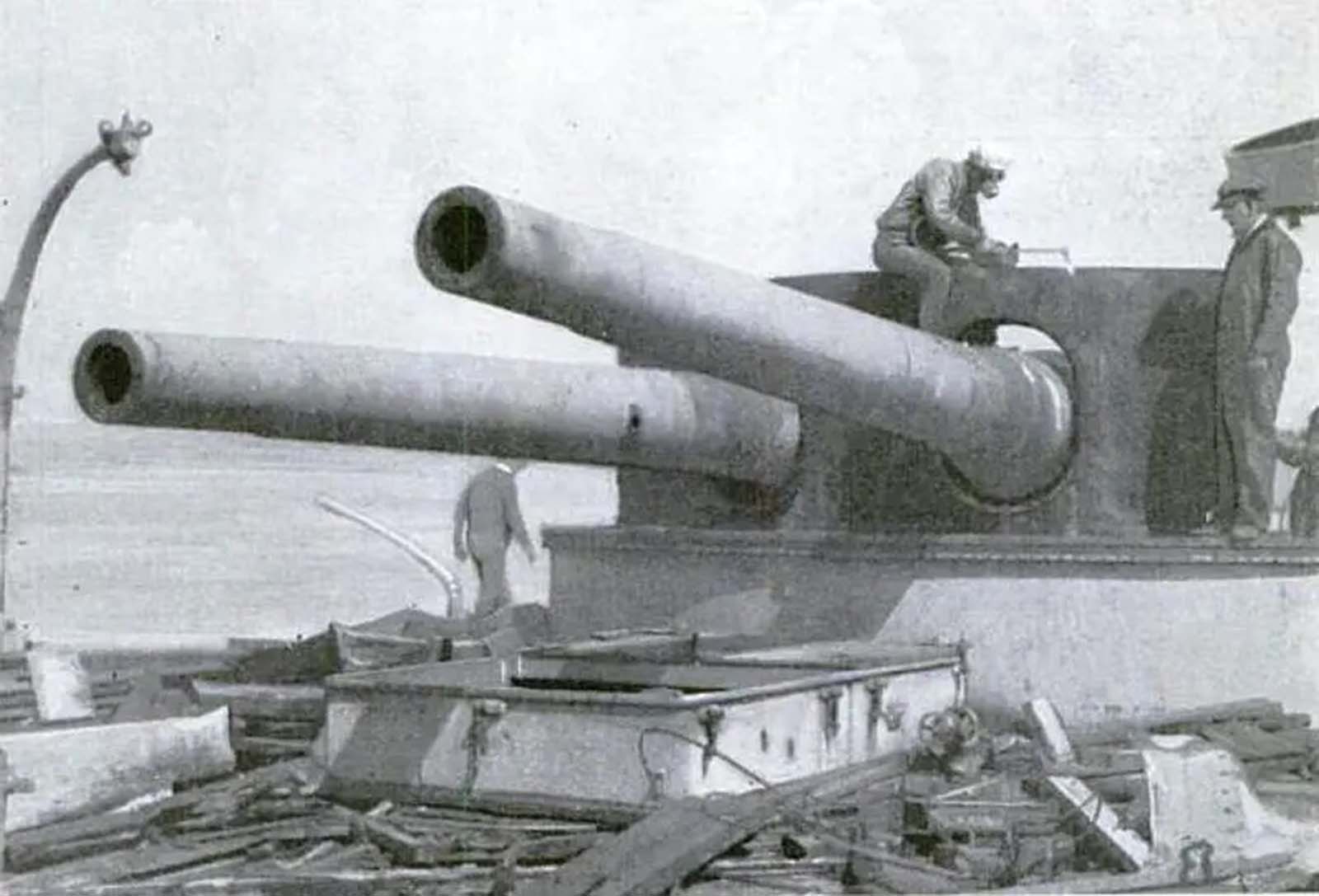 Workers cutting up a main turret of Brooklyn during the scrapping process c. 1922.