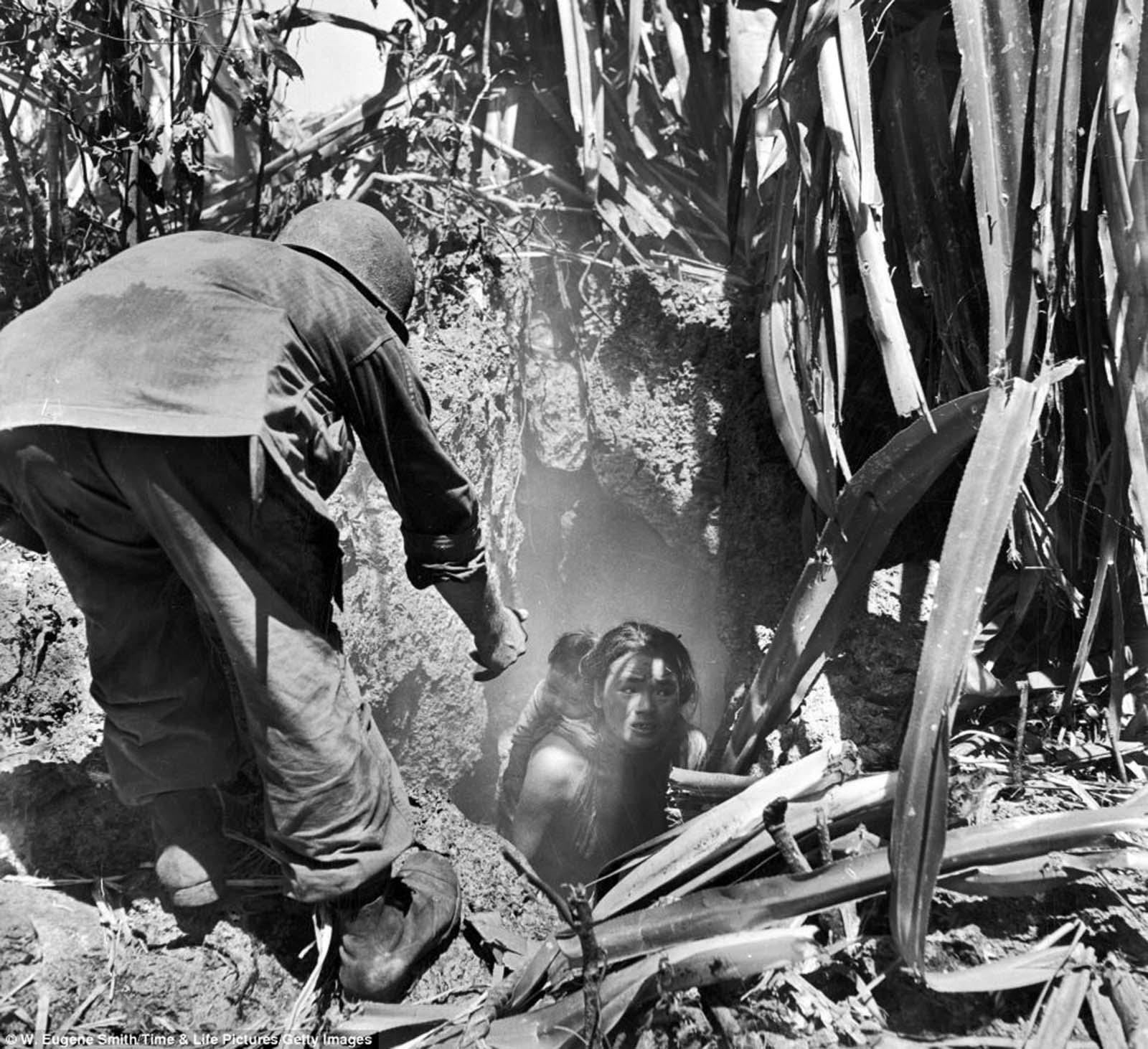 A U.S. soldier offers his hand to a woman leaving a cave where she had hidden with her child during the battle between Japanese and American forces. Saipan, 1944

The photograph is taken during a battle of Saipan that claimed the lives of 22,000 Japanese civilians – many by suicide – and nearly all 30,000 Japanese troops on the island. Of the 71,000 American troops who landed on Saipan, 3,426 perished, while more than 13,000 were wounded.

During the Saipan battle, the Americans faced the Japanese determination to resist to the death and to not allow the American occupiers to take either soldier or civilian alive: the greatest banzai charge of the war took place on Saipan and left over four thousand Japanese soldiers dead. Then, if this was not enough, a direct order was given by the Emperor Hirohito ordering civilians on the island to kill themselves rather than be taken alive. This order has, in the post-war period, been contested as a forgery, but the evidence seems to be in its favor.

The civilians weren’t only scared by the war, but also by the Japanese propaganda. The Japanese told everyone that Americans would rape and murder them if captured and that in order to become a United States Marine, you had to murder your parents. American loudspeaker units and American marines offered food and safe passage. But many of the civilians were not interested or were too frightened to listen.