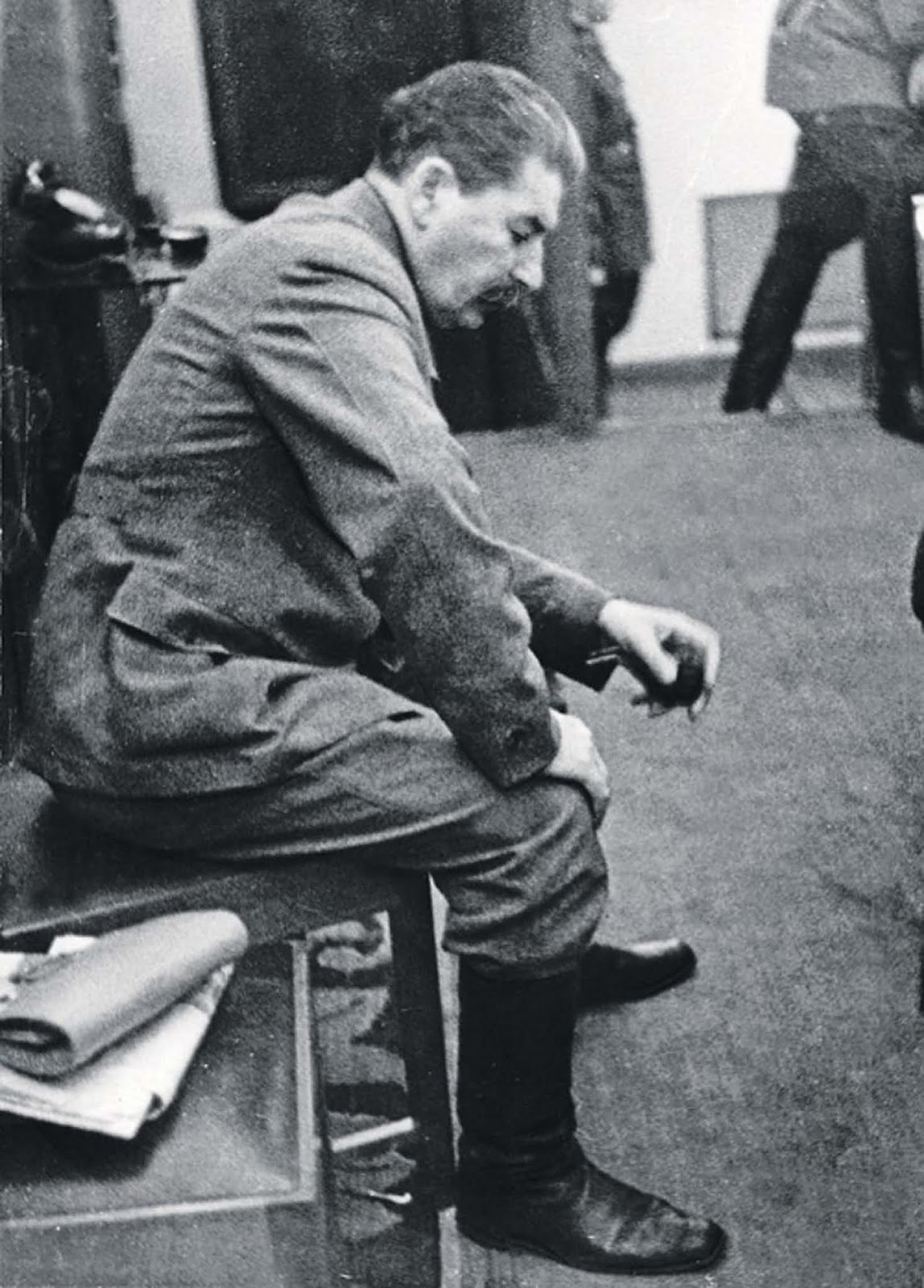 An unauthorized photo of Stalin: the moment he was informed that the Germans were about to take Kyiv. August 1941.

An unauthorized photo of Stalin inside of the Kremlin shows the very moment he was informed that the German armies had advanced in Kyiv (August 1941). What you see here is a man who up until a few weeks before had absolute confidence in Plan A, and who now has no Plan B.

The picture was taken by Komsomolskaya Pravda’s editor-in-chief. The photographer secretly defied orders to destroy it as it was deemed not to show Stalin in a positive light.

Operation Barbarossa, the German attack on the Soviet Union, was the greatest military operation of World War II. It deployed thousands of aircraft, tanks, artillery guns, and more than six million soldiers. Furthermore, it brought two of probably the most totalitarian regimes in history against one another.

However, in the first few weeks of the operation, it didn’t look like the clash of two giants. The German advance seemed like an easy summer walk — the Red Army was simply unable to challenge them. The Soviet commanders were confused, and state leadership was nowhere to be found.

So strong was Stalin’s belief that Hitler wouldn’t attack that he was completely bewildered when he realized on the night of June, 21 that the Germans were coming. He was shocked when his foreign minister, Molotov, handed him a German declaration of war. At that moment, only his anger prevented him from collapsing.

Stalin was undoubtedly influenced by this misinformation. He did not believe, however, that in the last resort, Hitler would depart from the traditions of Bismarck’s Ostpolitik, requiring that Germany should avoid military involvement in Russia while engaged in the west.

At the same time, he had an exaggerated conception of the power and influence of the German generals even to the extent of believing that, contrary to Hitler’s specific instructions, they were trying to precipitate war against Russia.

Among members of the Politburo and the Soviet High Command, the firm opinion was that war would be averted in 1941. Zhdanov held that Germany was taken up with war against Britain and incapable of fighting on two fronts.

On March 20, 1941, General Filipp Golikov, head of military intelligence, submitted to Stalin a report on German troop concentration in the borderlands but expressed the opinion that the information must have originated from the British and German intelligence services.

Early in May, Kuznetsov sent a similar report to Stalin, giving information received from the Soviet naval attaché in Berlin on the imminence of war. Like Golikov, he nullified the value of the report by adding that in his opinion, the information was false and planted by some foreign agency.

Stalin actually had a mental breakdown for a few months after the invasion, he did not issue any orders which led to chaos at the front and only sped up the German advance. He retreated to his Dacha and eventually a few Soviet Generals came to visit him.

When he answered the door he was expecting to be arrested and executed, however, instead, they begged him to lead them and insisted nobody else could do it. That moment made him realize how much power he had. Stalin’s purge policy worked: they were utterly dependent on him and none had any guts at all.

Operation Barbarossa opened up the Eastern Front, in which more forces were committed than in any other theater of war in history. The area saw some of the war’s largest battles, most horrific atrocities, and highest casualties (for Soviet and Axis forces alike), all of which influenced the course of World War II and the subsequent history of the 20th century. The German armies eventually captured some five million Soviet Red Army troops, a majority of whom never returned alive.