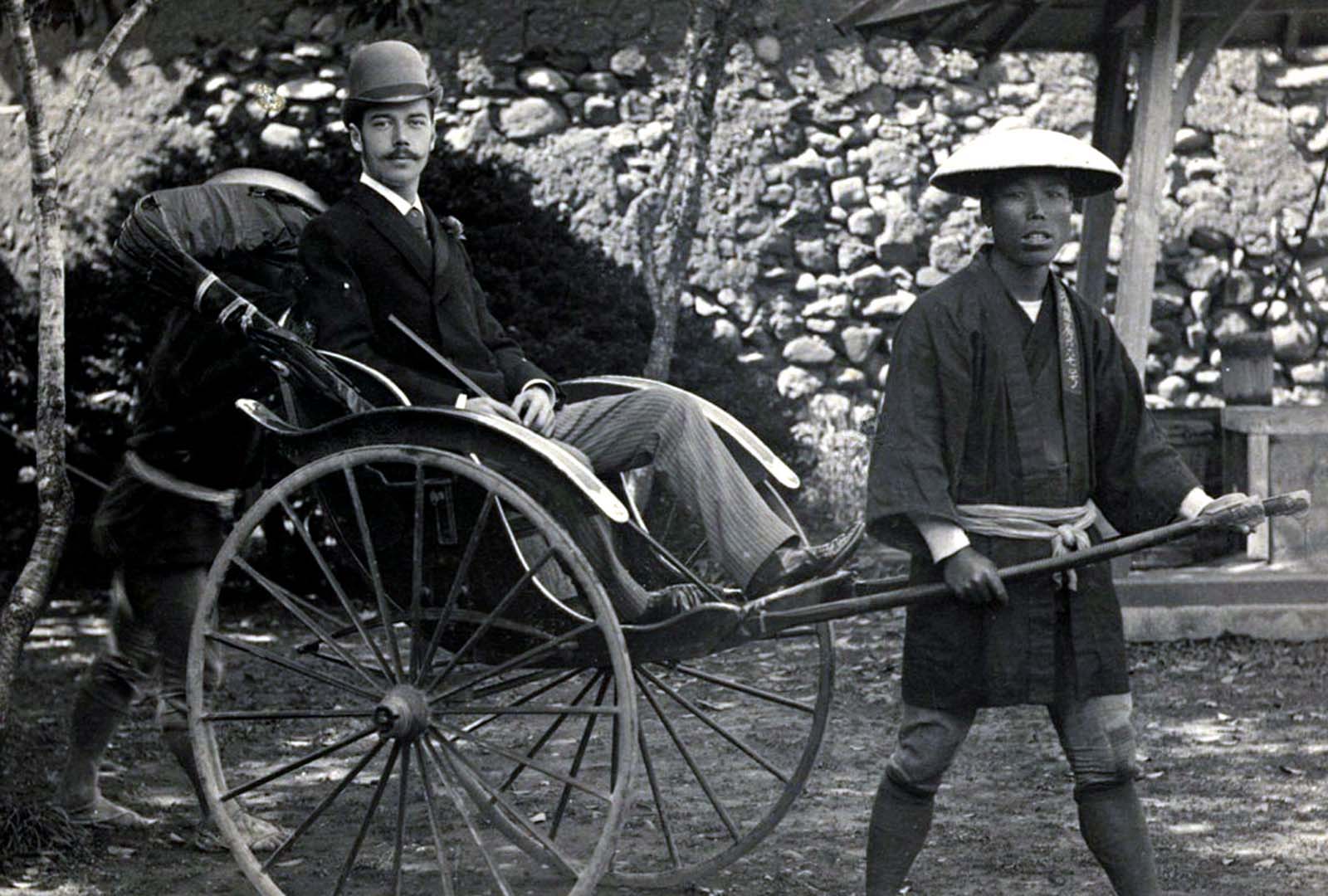 In the spring of 1891, the 23-year-old Russian prince Nicholas went to Far Eastern Russia for ceremonies in Vladivostok marking the start of the construction of the Trans-Siberian Railroad. On his way (by sea) he made an official visit to Japan.

The Russian Pacific Fleet with the Tsesarevich stopped in Kagoshima, then Nagasaki, and then Kobe. The young Nicholas had been reading Pierre Loti’s atmospheric novel Madame Chrysanthemum and noted in his diary that he hoped he might acquire a temporary geisha “wife”.

From Kobe, the Tsesarevich journeyed overland to Kyoto, where he was met by a delegation headed by Prince Arisugawa Taruhito. This was the first visit by such an important foreign prince to Japan since Prince Heinrich of Prussia in 1880 and two British princes in 1881, and the military influence of the Russian Empire was growing rapidly in the Far East.

So the Japanese government placed heavy emphasis on using this visit to foster better Russo-Japanese relations. Nicholas showed interest in the Japanese traditional crafts, got a dragon tattoo on his right arm, and bought an ornamental hairpin for a Japanese girl who happened to be near him.

On May 11 a strange assassination attempt occurred. Tsesarevich was attacked by Tsuda Sanzō (1855–1891), one of his escorting policemen, who swung at the Tsesarevich’s face with a sabre.

The quick action of Nicholas’s cousin, Prince George of Greece and Denmark, who parried the second blow with his cane, saved his life. Tsuda then attempted to flee, but two rickshaw drivers in Nicholas’s entourage chased him down and pulled him to the ground.

Nicholas was left with a 9-centimeter long scar on the right side of his forehead, but his wound was not life-threatening. Emperor Meiji publicly expressed sorrow at Japan’s lack of hospitality towards a state guest, which led to an outpouring of public support and messages of condolences for the Tsesarevich. More than 10,000 telegrams were sent wishing the Tsesarevich a speedy recovery.

The incident is sometimes cited as contributing to hostilities that eventually led to the Russo-Japanese War. The Russian finance minister, Count Sergei Witte, was later to write: “The attack left the Tsarevitch with an attitude of hostility toward and contempt for Japan… as can be seen from official reports in which he refers to the Japanese as ‘macaques’ [baboons]. If not for his belief that the Japanese are an unpleasant, contemptible, and powerless people who could be destroyed at one blow from the Russian giant, we would not have adopted a policy in the Far East that led us into the unfortunate war with Japan”.