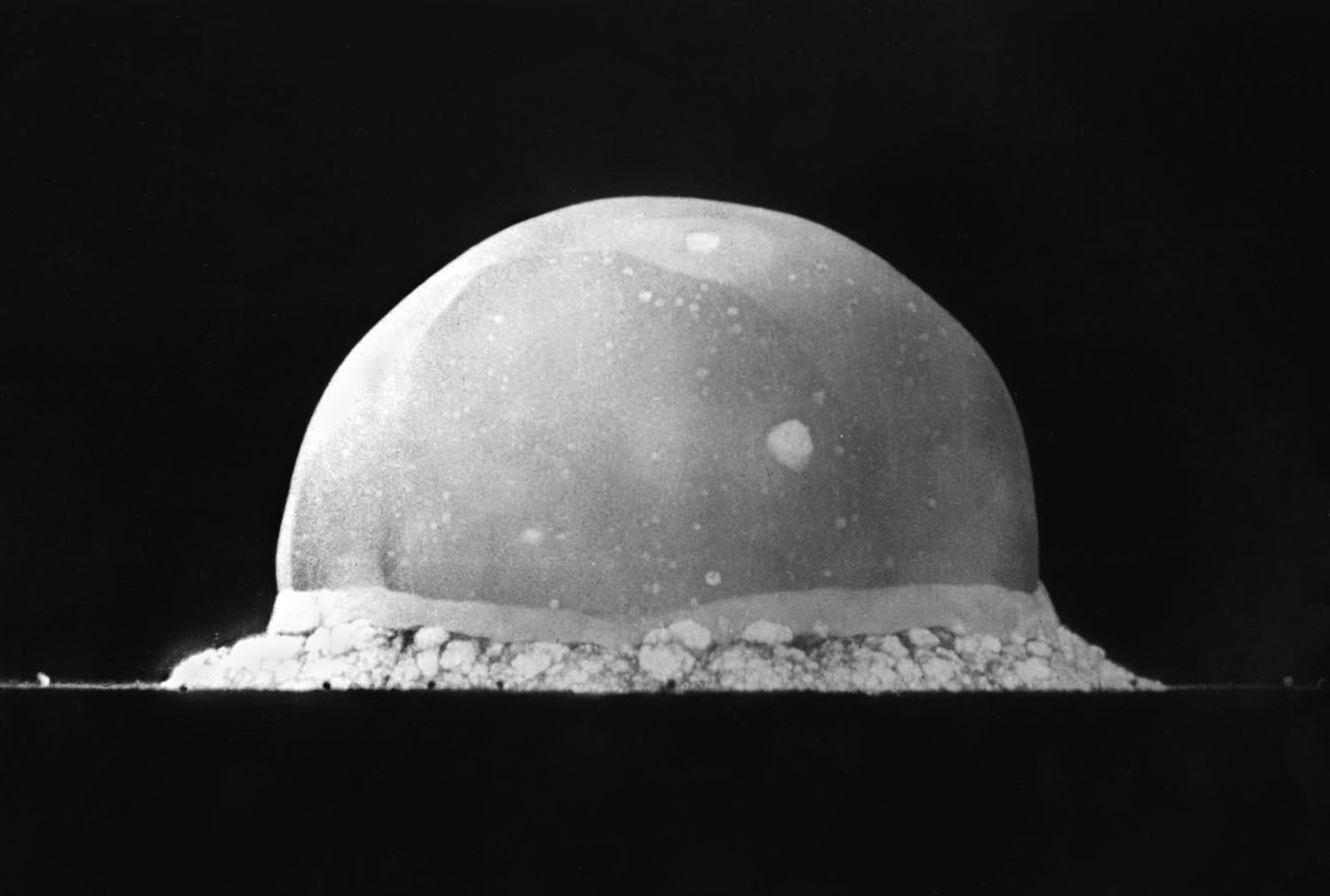 The Trinity explosion, 16 ms after detonation. The viewed hemisphere’s highest point in this image is about 200 meters (660 ft) high.

On July 16, 1945, the United States became the first country to successfully detonate an atomic weapon, signaling the beginning of a new era in warfare and in politics.

In the early 1940s, the U.S. government authorized a top-secret program of nuclear testing and development, codenamed “The Manhattan Project”. Its goal was the development of the world’s first atomic bomb.

Much of the research and development for the project occurred at a facility built in Los Alamos, New Mexico. In July 1945, Los Alamos scientists successfully exploded the first atomic bomb at the Trinity test site, located in nearby Alamogordo.

The code name “Trinity” was assigned by J. Robert Oppenheimer, the director of the Los Alamos Laboratory, inspired by the poetry of John Donne. The test was of an implosion-design plutonium device, informally nicknamed “The Gadget”, of the same design as the Fat Man bomb later detonated over Nagasaki, Japan, on August 9, 1945.

The complexity of the design required a major effort from the Los Alamos Laboratory, and concerns about whether it would work led to a decision to conduct the first nuclear test. 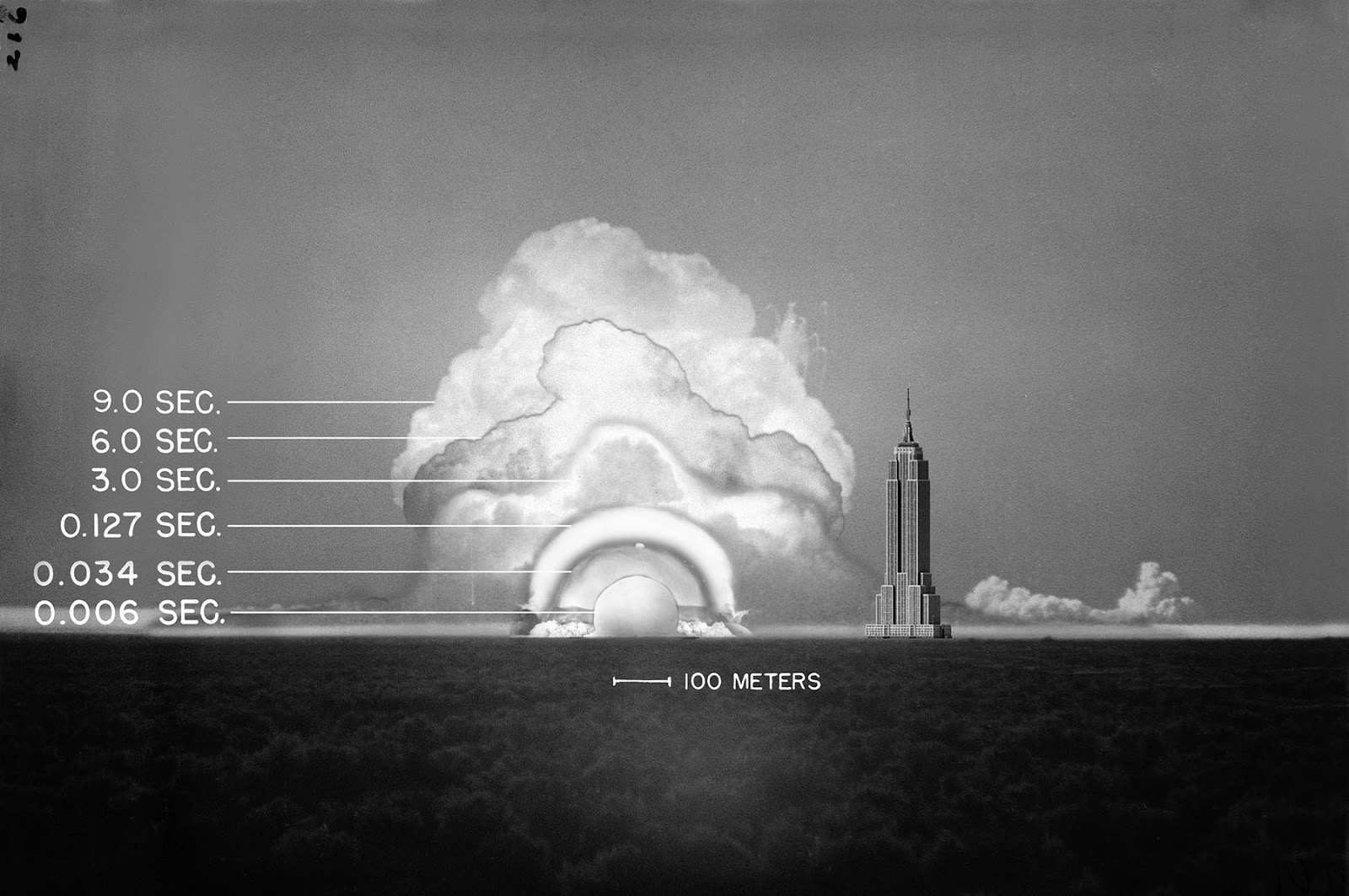 The evolution of the Trinity fireball over the first 9 seconds, with the Empire State Building for scale. Image by Alex Wellerstein.

No one was completely sure what would happen when Gadget went off. For a while, there was worry that the chain reaction would be unstoppable and react with the entire atmosphere.

Before the test, Enrico Fermi took bets from some of the physicists and high-ranking military personnel on whether the bomb would destroy the whole state of New Mexico, or the entire planet.

The math seemed to show fairly conclusively that the world wouldn’t be destroyed, but a lot of the guards who didn’t know that became anxious.

The gadget was hoisted atop a 100-foot tower for detonation in order to better simulate a bomb being dropped from a plane. When it exploded at 5:29 am, the mushroom cloud plumed to over seven miles high.

About 240 people on the project directly watching the blast reported the early morning dawn being lit up brighter than full daylight for one to two seconds and felt a wave of heat roll over them that was “as hot as an oven”, even at a distance of 10 miles away.

The shock wave took 40 seconds to propagate to the observers and was felt up to 100 miles away. With a power equivalent to around 21,000 tons of TNT, the bomb completely obliterated the steel tower on which it rested.

The nuclear age had begun. Oppenheimer later spoke his famous line: “Now I am become Death, the destroyer of worlds”, a quote from the Bhagavad Gita. 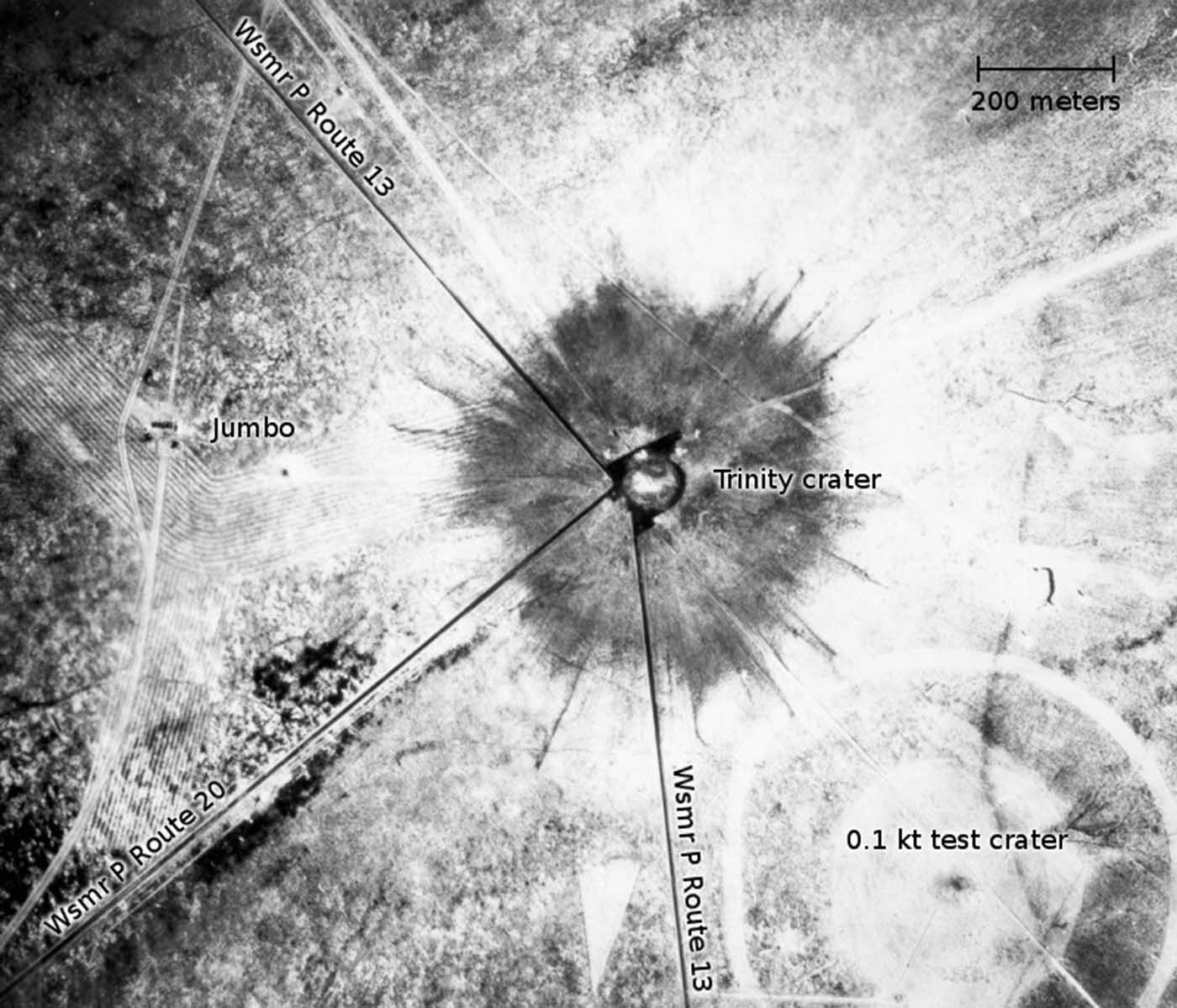 Three weeks after Trinity demonstrated the destructive possibilities of nuclear weaponry, the U.S. dropped Little Boy on Hiroshima, followed by the deployment of Fat Man on Nagasaki three days later.

Special Fastax cameras taking 10,000 frames per second would record the minute details of the explosion. The Fastax cameras were basically very-high-speed movie cameras and took lots of images separated by tiny amounts of time.

The T (Theoretical) Division at Los Alamos had predicted a yield of between 5 and 10 kilotons of TNT (21 and 42 TJ). Immediately after the blast, the two lead-lined Sherman tanks made their way to the crater.

Radiochemical analysis of soil samples that they collected indicated that the total yield (or energy release) had been around 18.6 kilotons of TNT (78 TJ).

With the Trinity test and the Atomic bombing of Hiroshima and Nagasaki in 1945, and then subsequent nuclear weapons testing during the early years of the Cold War, background radiation levels increased across the world.